Funko released both Chip and Dale as part of their Disney Afternoon series, a tribute to the classic cartoons. But these are not just nostalgia products, these feel like actual toys that should have been out when the show was on the air.

The backer cards are great, with bright graphics and firm card stock. 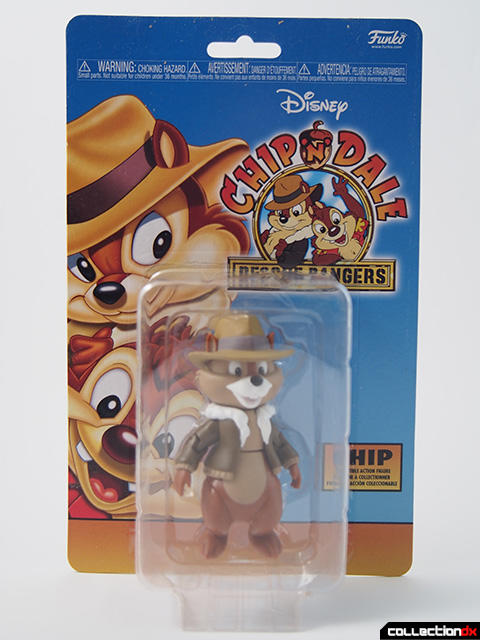 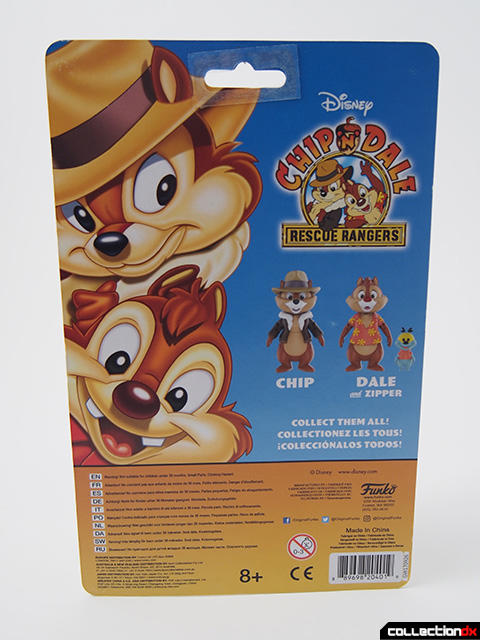 Chip has an adventurer's outfit on, perhaps a nod to Indiana Jones. His fedora and jacket are molded on and not removable. 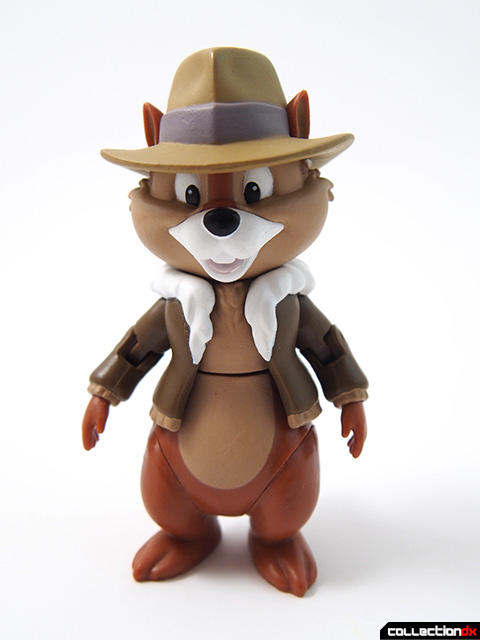 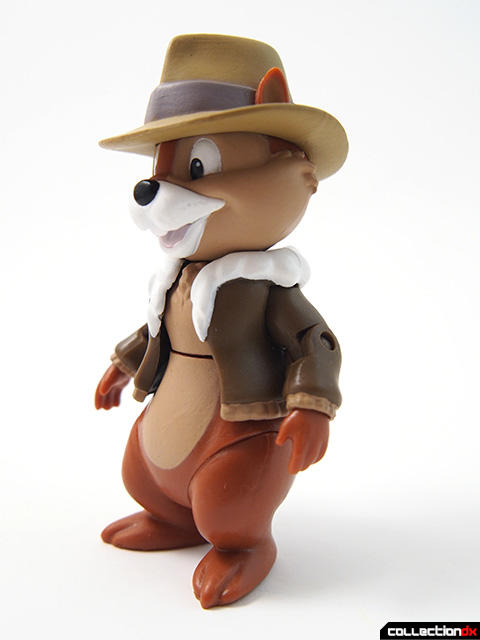 The attention to detail is phenomenal. Check out the stripe on Chip's tail. It takes a lot of extra effort to get little things like that right on a figure. 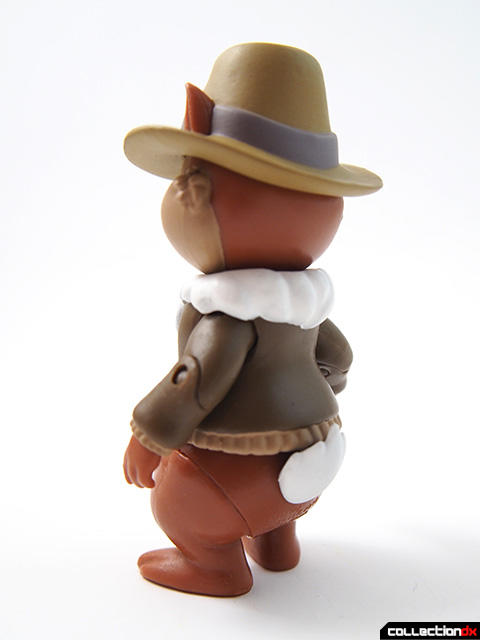 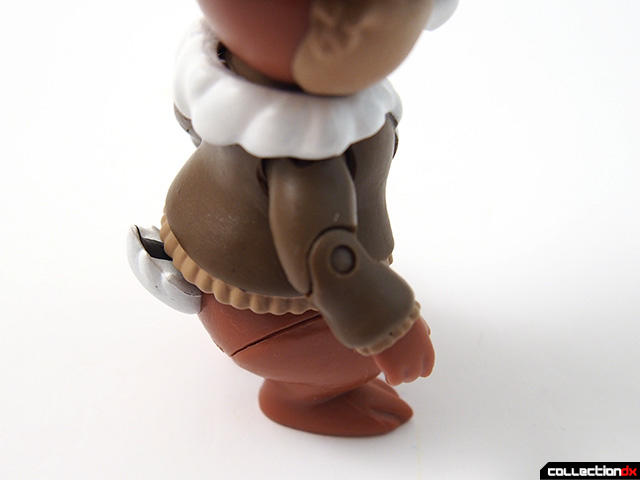 Chip has 8 points of articulation (hips, waist, shoulders, elbows, neck). Other figures in this line have been able to hide the waist joint as a connection point where the body meets an article of clothing. Since Chip has no such clothing, the seam here is a bit jarring, and is not as tight as it could be. 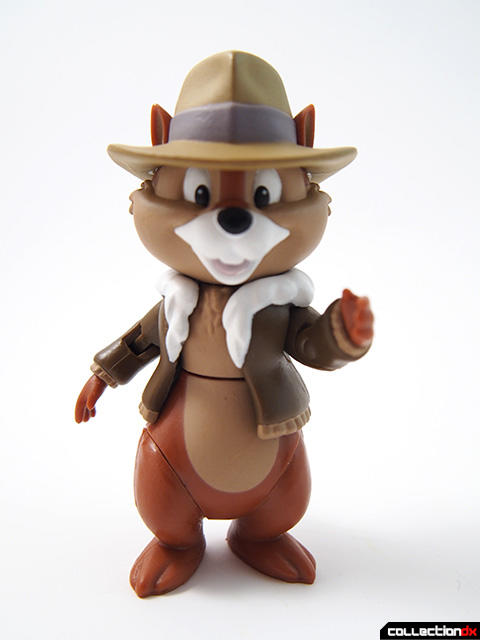 Still, a great figure, and looks great next to Dale, which was also released in the first series. 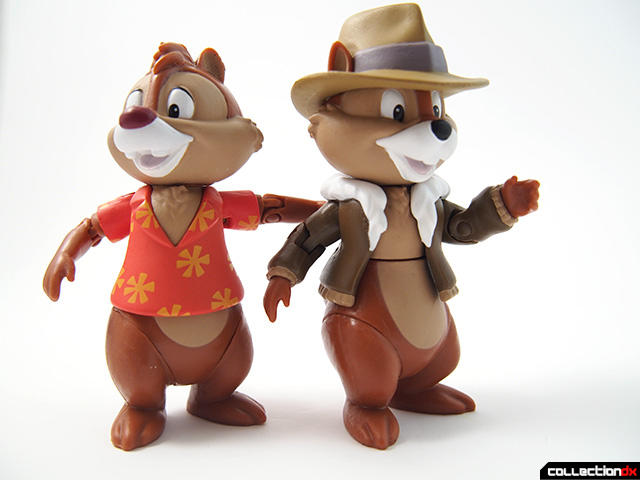