Mutant Zone 4 is the latest evolution in the main Mutant fight figure line.  We don’t have any real story or background to it yet, but what we do have is a blisteringly cool new figure. 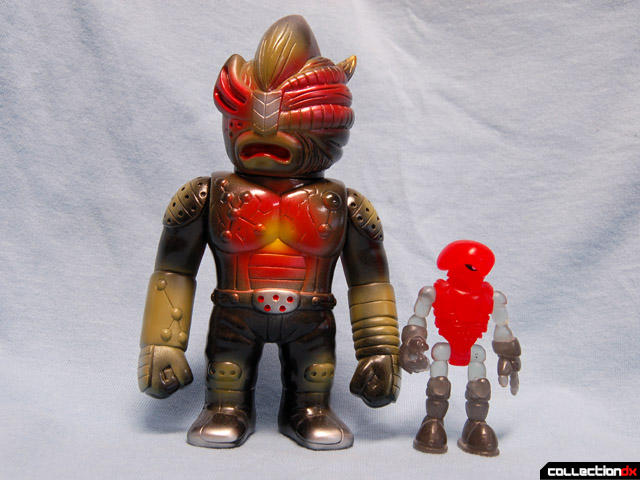 Nextman is the latest evolution in both Mutant characters and Real X Head toy design and aesthetic.  He takes the Kamen Rider heroic cues from the Adult sized line and combines them with the Mutant-sized figure design philosophy.  All that adds up to make him really neat. 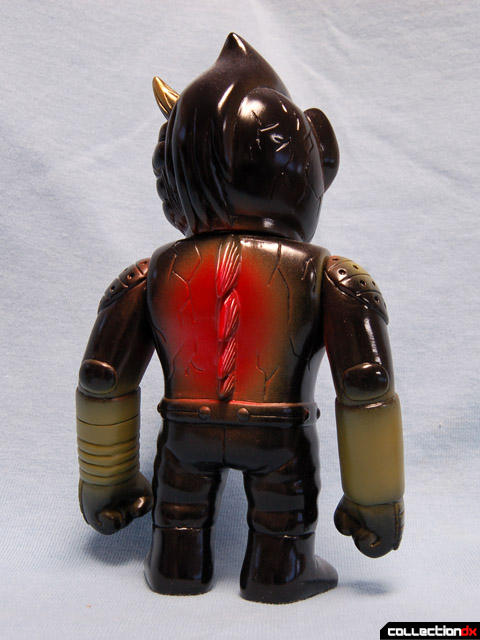 The Mutant Zone 3 sculpts I previously reviewed are all very ‘wild’ and chaotic, as expressed in their backstory and overall look.  They were significantly more detailed than most of the earlier sculpts, a little bit chunkier, and brought something new to the table for RxH fight figure design.  Nextman builds on that new ground by being more detailed than earlier Mutants, but he evolves the look one step further.  He is still asymmetrical, but more cohesive than the MZ3 figures.  He is heroic and stoic, and combines visual cues from multiple previous sculpts across all sizes. 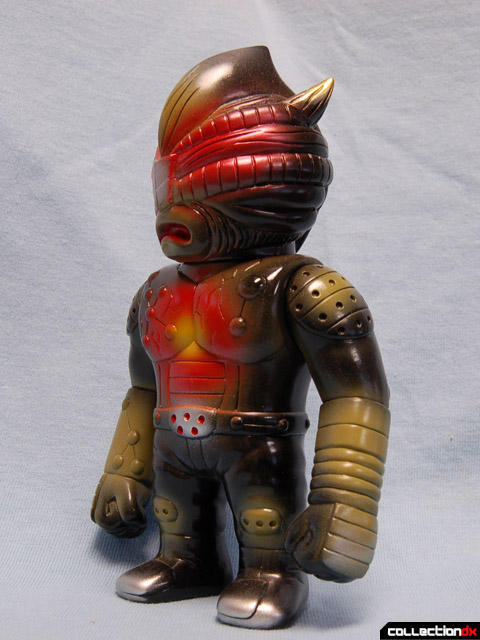 Nextman is also the first Real X Head mutant to feature fists instead of open hands, adding to that staunch, ready for battle look.  There are both organic and armored visual hooks across the figure, so there’s something for everyone.  This was one of the first versions released, so the paintwork is simple, letting the sculpt do most of the talking.  It is on black vinyl with autumn colored sprays and silver details. 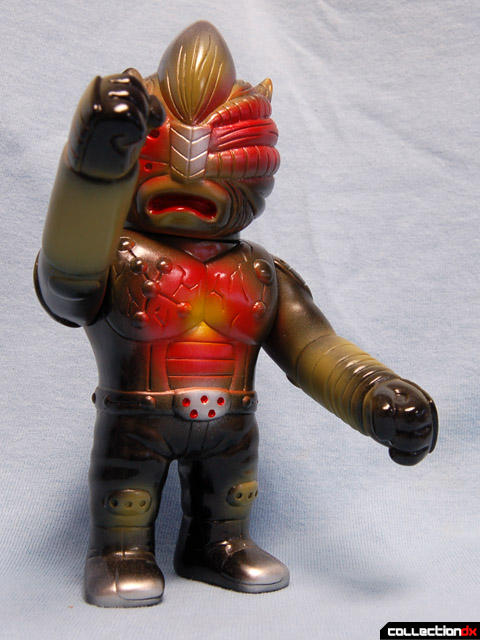 Nextman is only articulated at the neck and shoulders, but has enough poise to look cool however you present him.  There have been a number of versions released, some with other heads, so keep your eyes peeled!  Nextman is the kind of figure you want to throw in your coat pocket or backpack and bring everywhere.  Simple, clean, loaded with detail, and fun.