Review by Jesse Chagnon from Doomkick.com. Head over there to check out more of his reviews!

Today I am looking at one of the best MOTUC figures to come out in a long time. Modulok had been requested by fans since just about when the line first started, and now that he finally showed up I couldn’t be happier with him. Let’s take a look at Modulok.

According to the bio: An evil scientist from the Tri-Solar system, Galen Nycoff was incarcerated in Prison Starr for scientific crimes against the galaxy. While awaiting execution, he constructed a device which allowed him to divide his body into pieces, with each part endowed with his own evil consciousness. Slipping out of prison in a series of crates, he was delivered to Horde World where he reassembled himself finding he could now mix and match his parts in a thousand different ways. His skills were observed by Horde leaders and Nycoff became chief technician for Commander Kur, traveling with him to Eternia on their quest to vanquish He-Ro. Nycoff was banished along with the rest of the invading Horde army to Despondos, serving his leader with his evil inventions.

Modulok was one of the coolest and most innovative figures of the original line, and now we have plenty of swappable parts guys its hard to imagine many of them existing without old Modulok here. Mattel has made a great update of the character with the terrific sculpting of the 4H and keeping the awesome part swapping aspect of the character intact.

In the box you get a ton of parts that can be easily popped and swapped into any number of combinations. 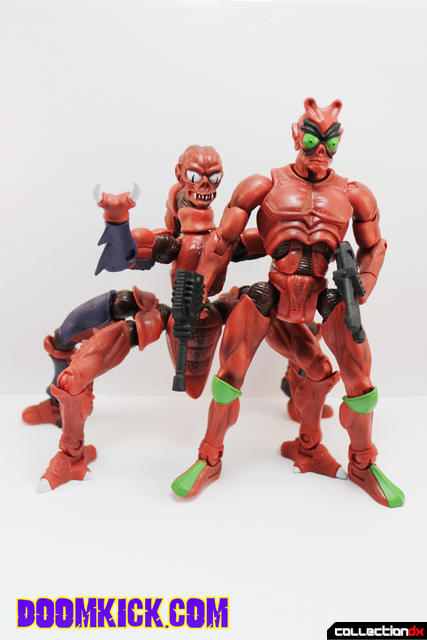 Something I was initially worried about was the durability of the pegs used for swapping, but he seems to hold up great. The wide assortment of parts allows you to make any kind of modulo your hear desires. I chose to make one two legged standard figure, and one multi legged beast. 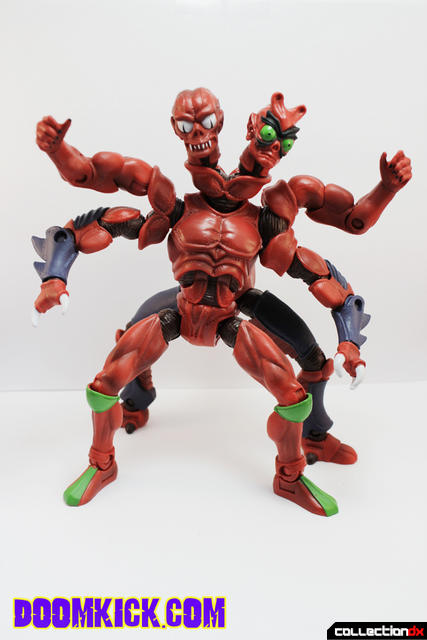 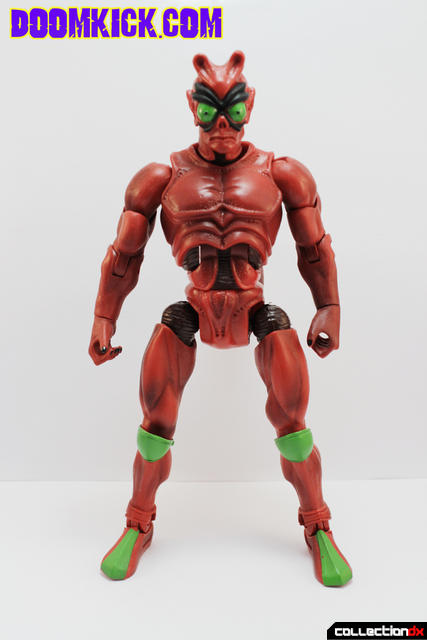 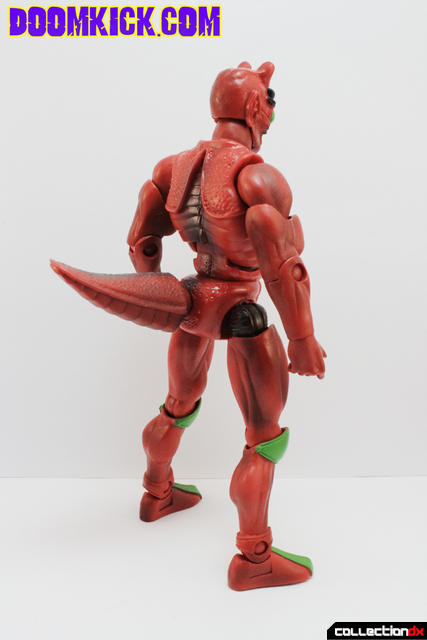 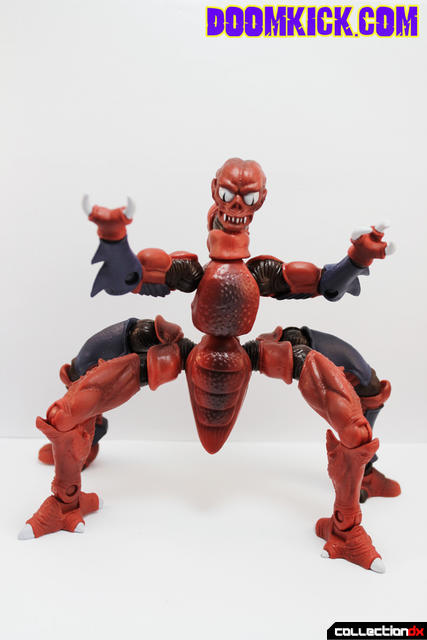 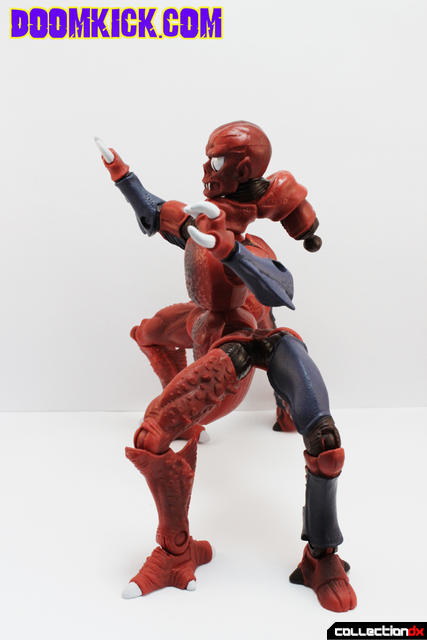 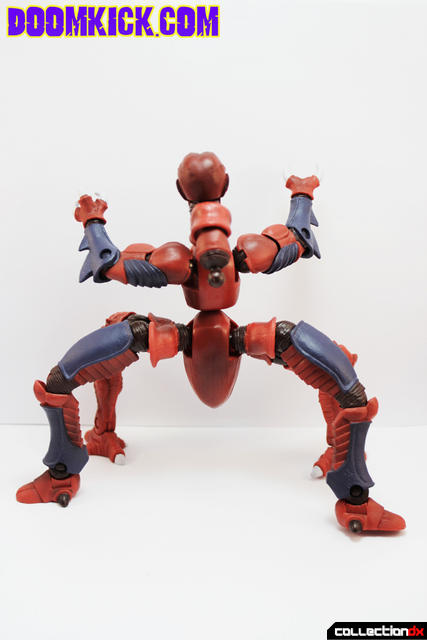 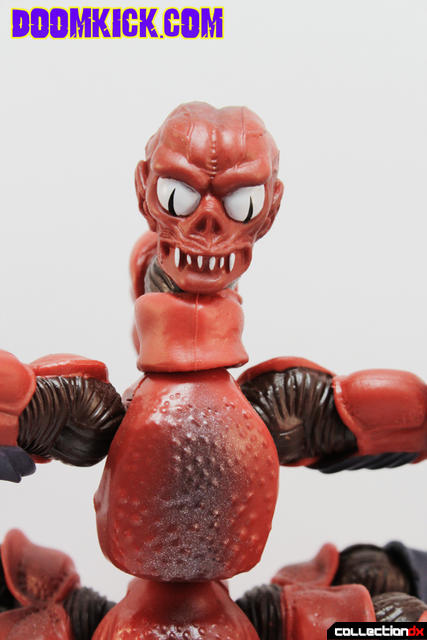 Considering that this figure is pretty much 100% new parts he looks great, but still fits perfectly into the line. 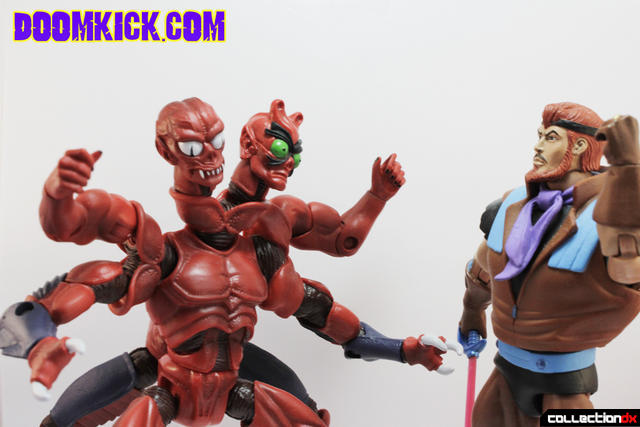 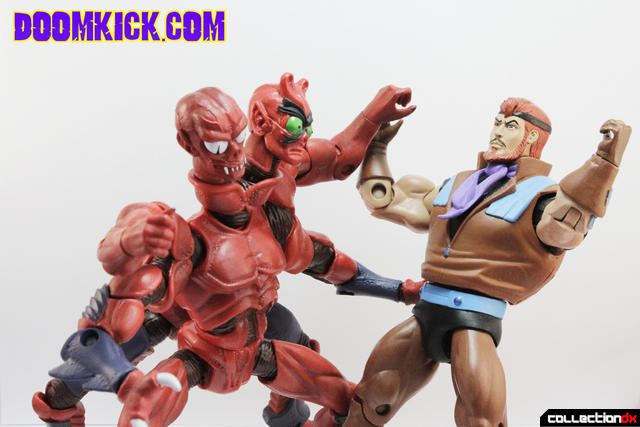 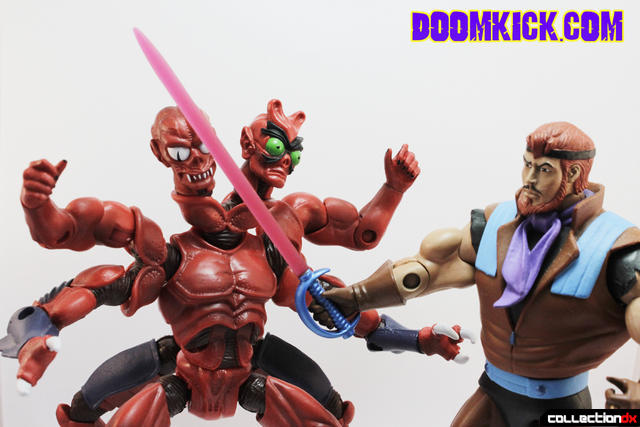 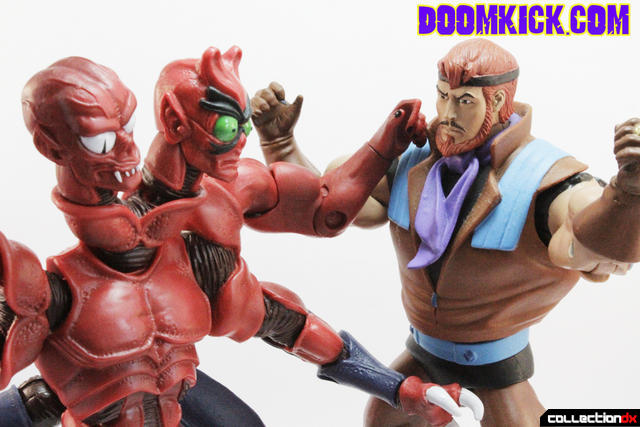 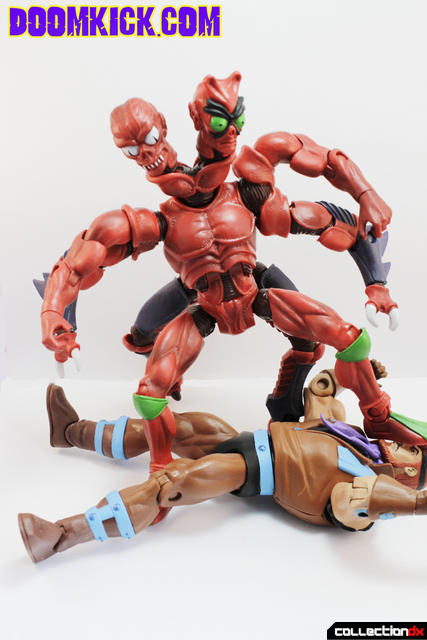 I’m actually a bit surprised this guy turned out so well in the modern age of questionable decisions regarding the line that Mattel has made time and time again in recent times, but he managed to be a great a wonderful figure by all counts. The fact that they managed to so easily translate the part swapping feature I think has a lot to do with the 4H’s work on the Glyos compatible lines, but in any case it works so well that Modulok hits all the right notes for fans of the line both new and old. It also helps that his original design that looked so great translates really well to the current look of the line, and I’d say he is easily one of the best looking figures in the entire pantheon of figures to come out so far.

QC on my Modulok is perfect with no issues in paint or joint department to speak of. His gun is made of a pretty gummy material, but that being the only issue with a figure isn’t the worst thing that could happen. 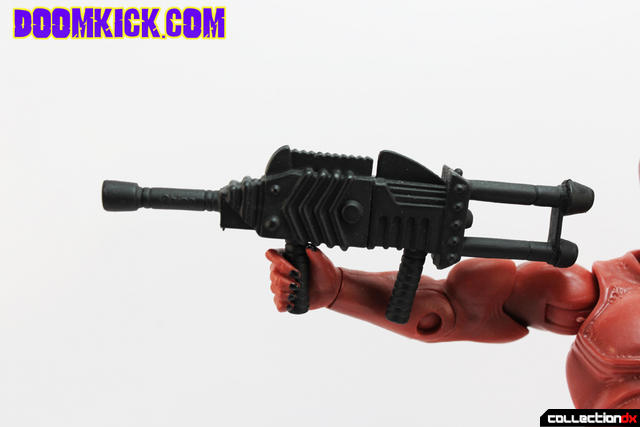 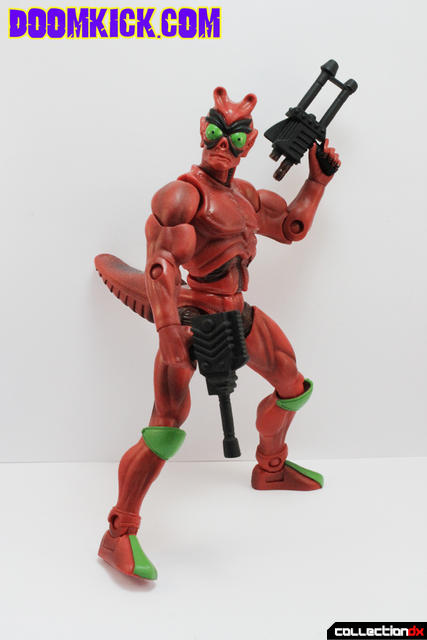 Modulok is pretty much all accessories, and he comes with a torso, six legs, four arms, three thorax pieces, two necks, two heads, and a tail, two limb splitters, one neck splitter, and a gun that can be taken apart. 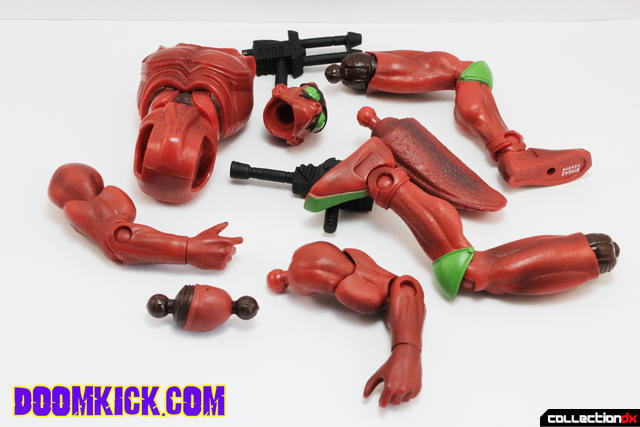 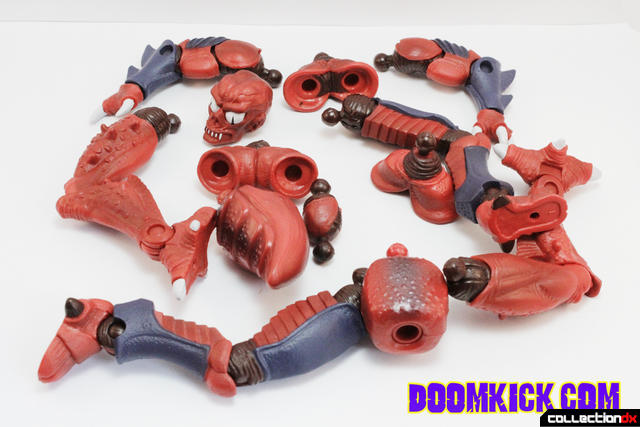 Articulation on Modulok is pretty much like a lot of the guys in the line, but he does have a few more swivel/hinges than a normal figure. He is very poseable though with all the connector points acting as joints as well.

Overall Modulok is a wonderful figure that represents the best the line has to offer, and is easily one of the best figures to come out this year by far. I highly recommend him to fans of unique toys.

I'm kinda heartbroken on this one - it's the first MotU Classic I've wanted in a long time, and I'd forgotten that the line was all subscription-based now. So after I saw this article, I was like, hey, wow, I should order this! But of course it's going for high prices, since it's not only one of the most in-demand characters but it's one MotUC that people are absolutely going to want multiples of... I think I'll just have to see if I can find my original Modulok from childhood, and be happy with that :V