Rawshark Studios is the sister company to Onell Design, and the home of Callgrim, feared mercenary of the Glyos System.  Real X Head is a cool Japanese vinyl maker that you’ve heard me talk about way too much, and loves the Glyos universe just as much as I do. 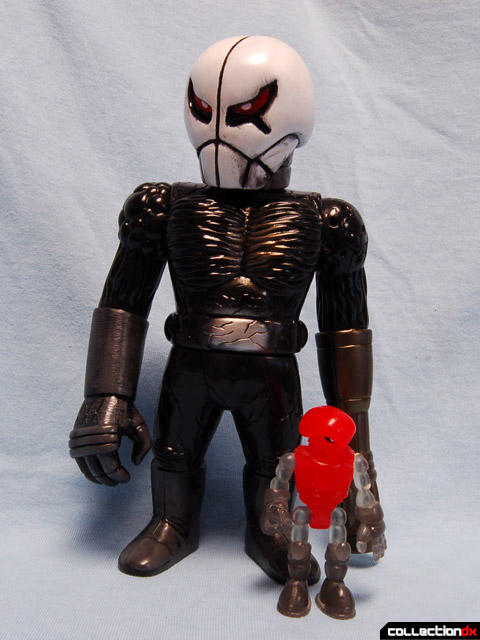 From what I understand, the Callgrim vinyl was something of a surprise by Mori (RxH) for Jesse (Callgrim).  It was unveiled around SDCC10 soon after the debut of the Pheyaos Man collaboration figure, and follows the same model.  Callgrim here is the regular Chaos Man Adult body with a new Callgrim head and Callgrim-style blaster arm attachment.  It kicks major butt. 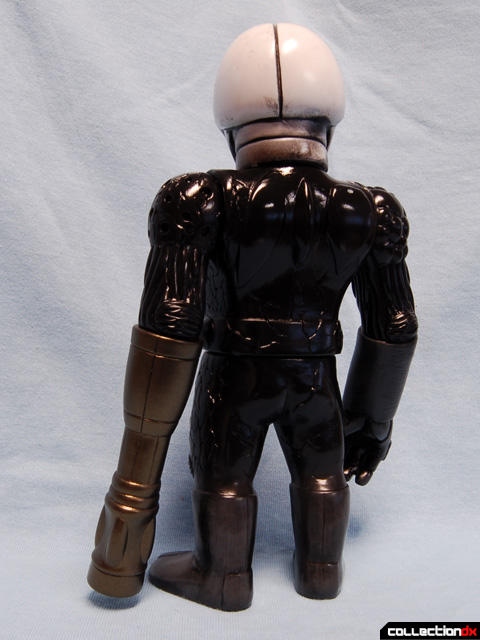 Callgrim stands eight inches tall, shown with Wraith Pheyden for scale.  He is articulated at the shoulders, neck, waist, and elbows. 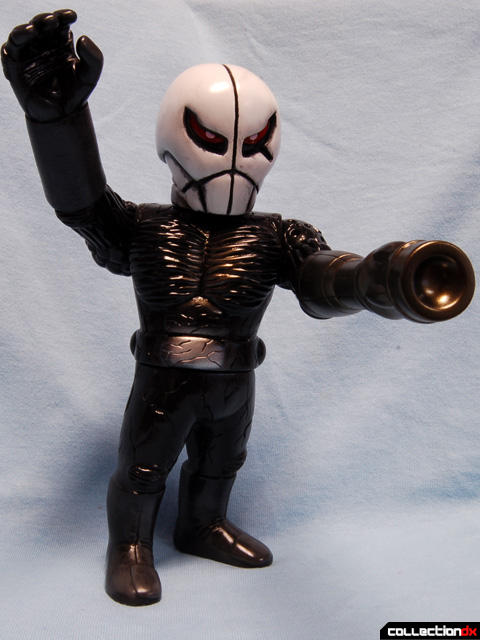 Callgrim is cast in glossy black vinyl with some grey drybrushing, silver and gunmetal sprays, and a white head with black rub.  It matches the colors of the smaller regular Callgrim really well, with a slightly weathered and worn effect that makes sense for the character.  The gloss black also blends the detail from the Chaos body well enough to make it look suitably Callgrim-ey, especially with the similar ribbed chest armor and elbow and knee pads. 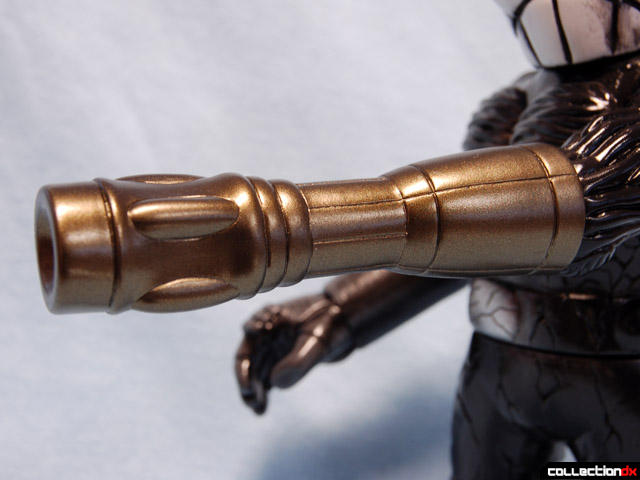 The gun arm has a gorgeous gunmetal finish to it, and really adds a new dynamic to the already fun and heroic Chaos Adult frame.  Callgrim looks ready to dish out some well-paid justice. 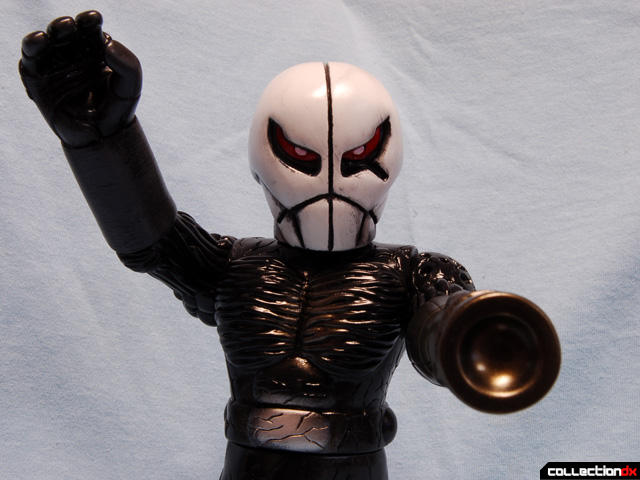 I’m going to level with you guys for a minute.  The Callgrim vinyls have been really hard to find, even among Onell x RxH standards.  This is the only version that has been released in the US so far, but there have been a number of short-run Real X Head in-store releases that have sold out and never been heard from again.  We’re due for another one of these soon, and the Onell/Rawshark guys are absolutely not the kind of guys to leave their fans wanting, so if you dig the look of this guy, just keep your eyes peeled and ear to the ground.  You won’t regret it.