What can I say? I thought they sucked at first, but these stupid little things are growing on me. After the Mola Ram one, I grabbed a few more. 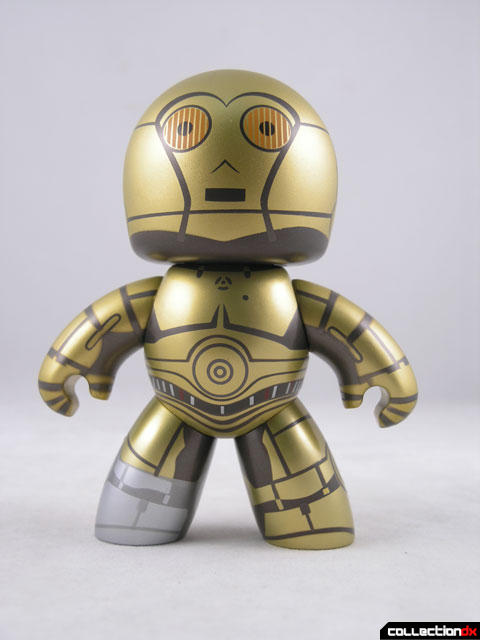 C-3PO, as we all know, is one of the two droids who have been in every Star Wars movie. This effeminate protocol droid is fluent in over six million forms of communication, meaning if you ever get lost in Mos Eisley he's the droid you want to have with you. 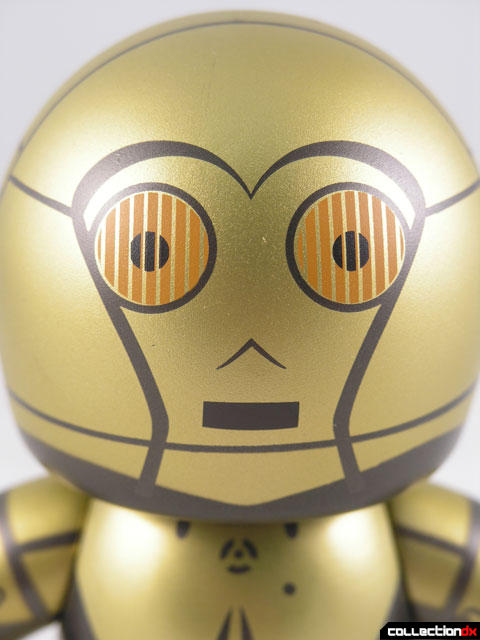 The Mighty Muggs are what they call Platform Figures - identical figures that get different paint applications and accessories. Its Hasbro's attempt to tap into the designer toy aesthetic, and honestly, I think they did OK. I mean, really, what's the difference between this and a Quee? 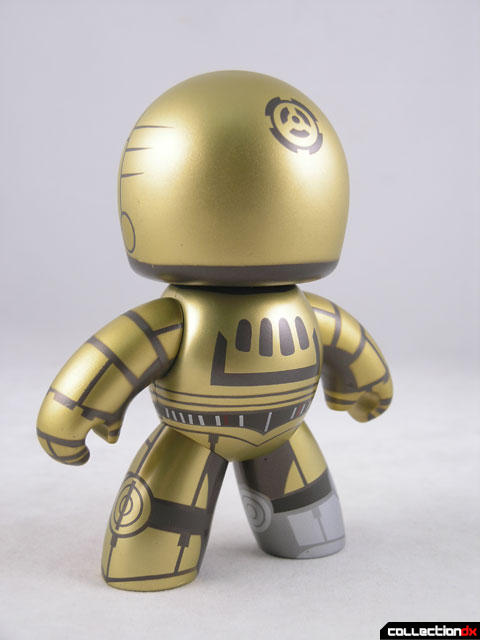 C-3PO rocks, but how will they pull off an R2 Mighty Mugg? 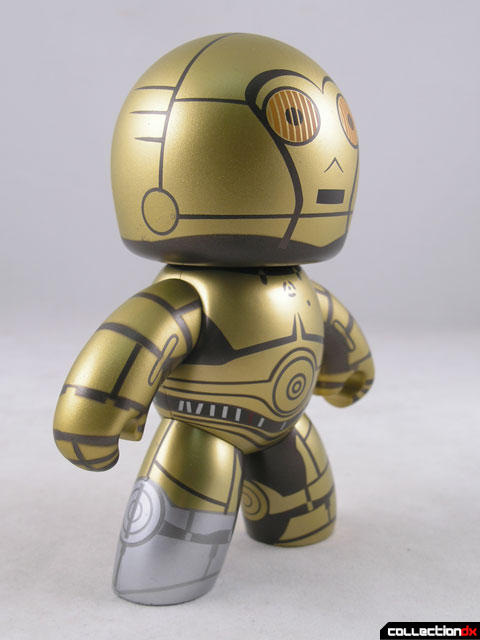