Home » Telco » The Bride Of Frankenstein

The Bride Of Frankenstein

While I didn't care too much for the Frankenstein Motionette, I think his Bride makes up for any of his shortcomings. Much like the Wolf Man, the Bride Of Frankenstein captures more of the essence of the character than the actual look. And frankly, I'm surprised at how much I like the look of this one. It has a sort of faux gothic punk, "I got this at 'Hot Topics'" sort of vibe working. And yet, I like it anyway. 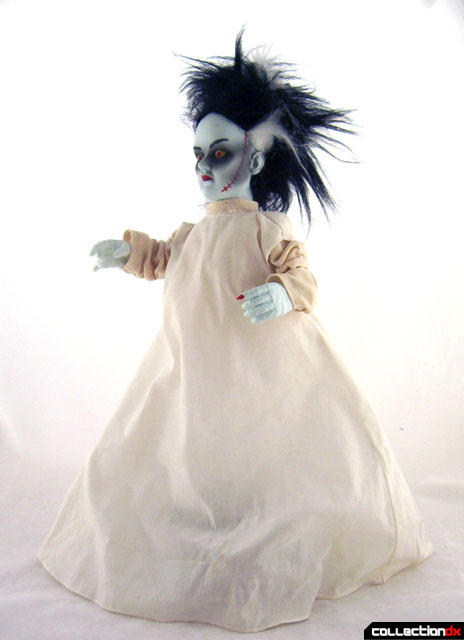 The Bride of Frankenstein was added for the second series of 17" Motionettes along with the Mummy and so far as I've been able to tell, these seem like the two rarest of the set. While Frankenstein looks sad and weak, The Bride looks completely maniacal. She looks like she could kill you with one look of those wide, bloodshot eyes. 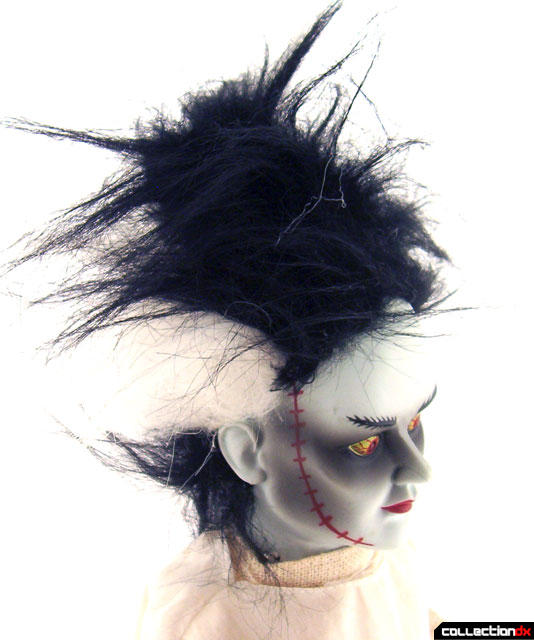 Telco could have easily taken the easy way out with her costume and just had one long cloth draped over her, but she does have a sort of gauze shirt on underneath that adds just that extra layer of depth. The hands have molded bandages on them and the left index finger is painted red at the tip. I'm not sure if this is supposed to depict blood or what, but it adds just the right drop of color to the otherwise all white ensemble. 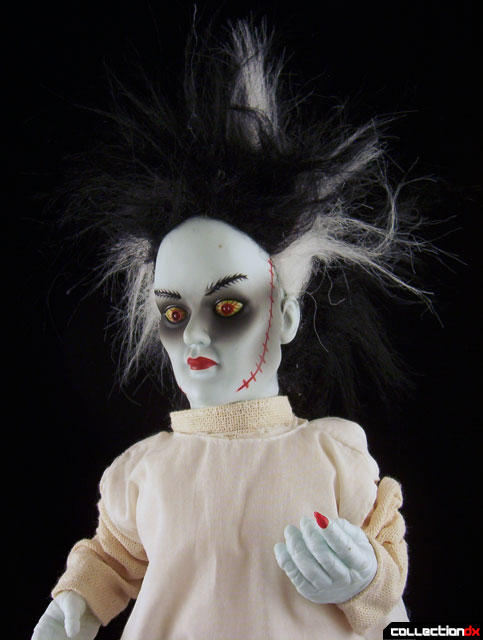 Same gimmicks as the other Motionettes; moving arms and head, light up eyes and sound effects. 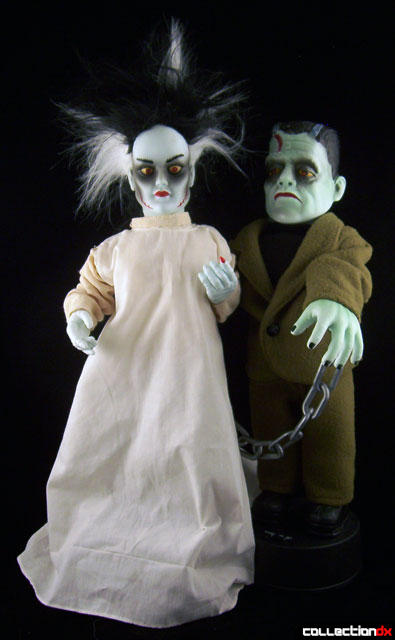 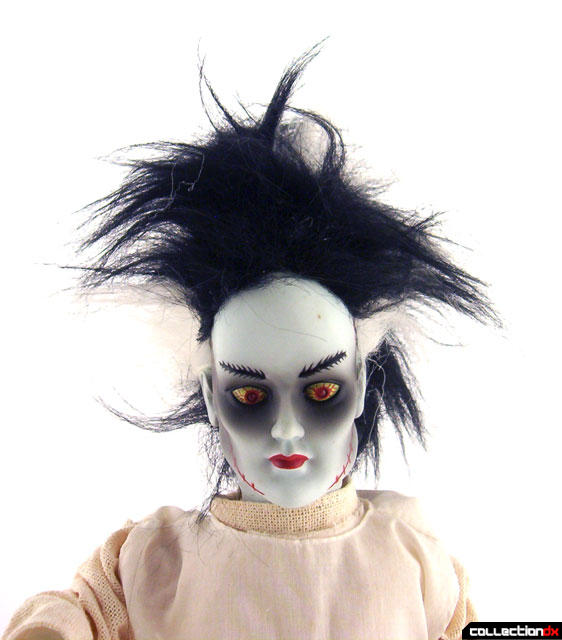 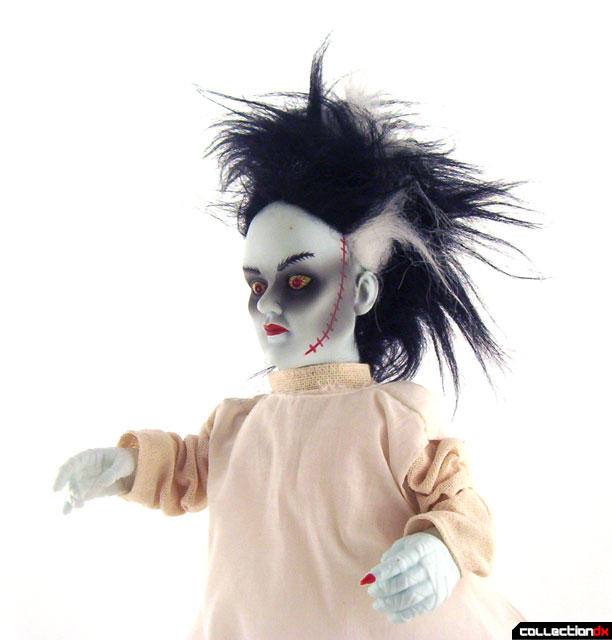 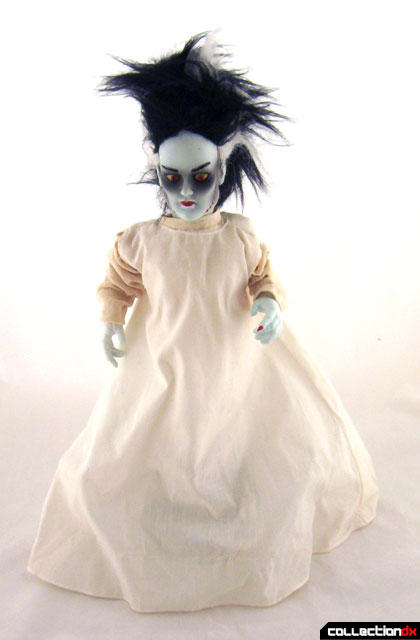 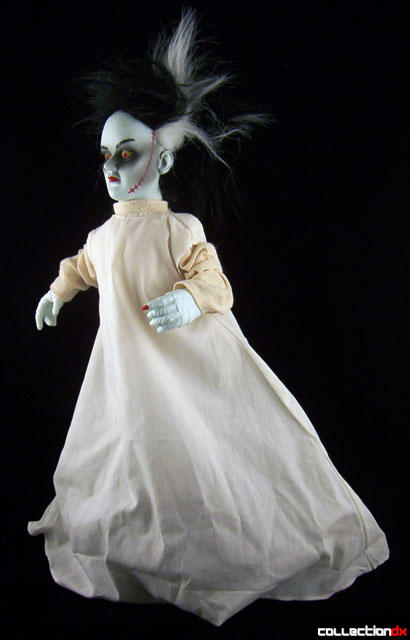 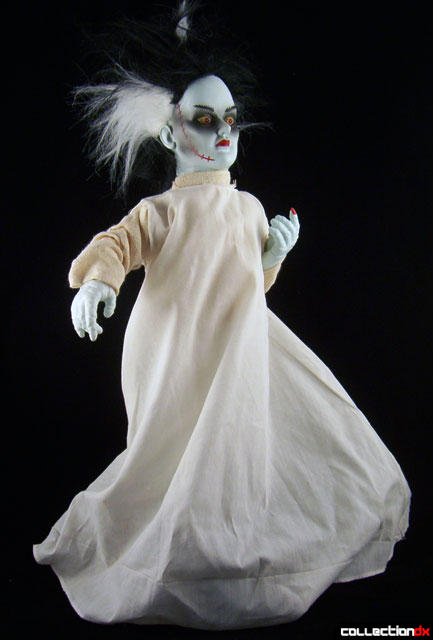 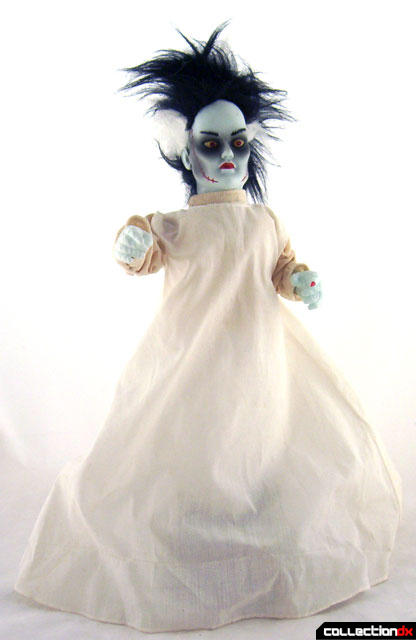 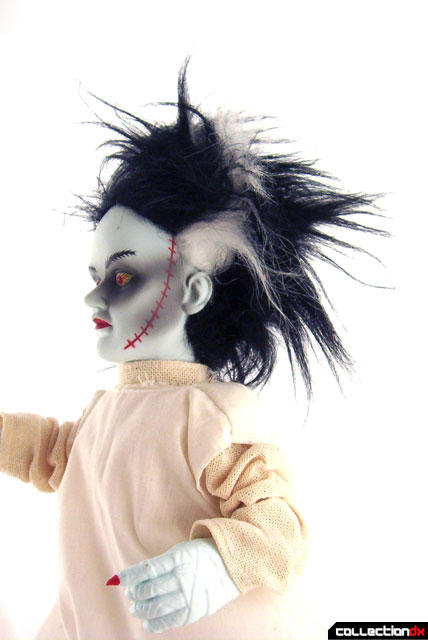 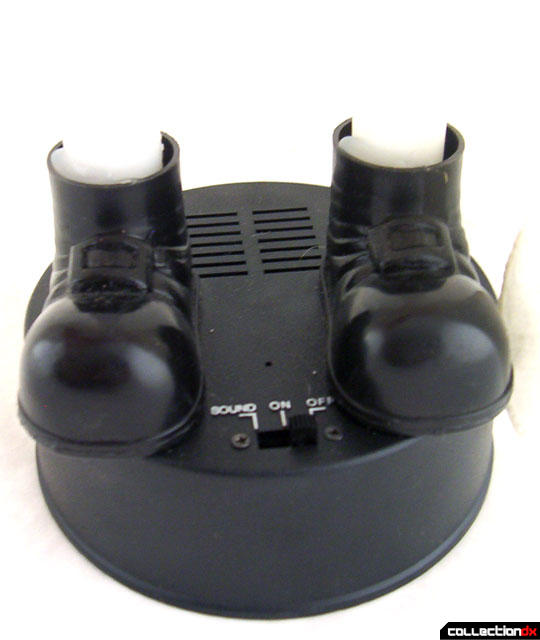 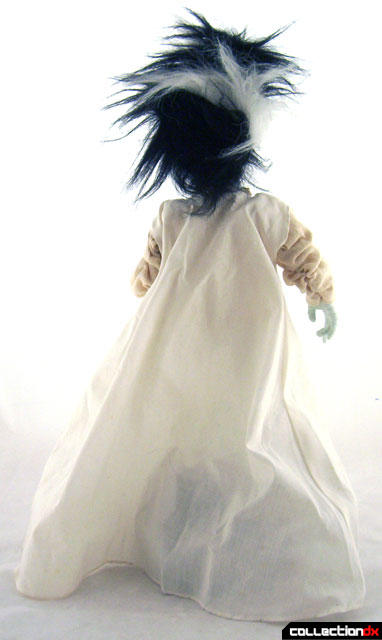 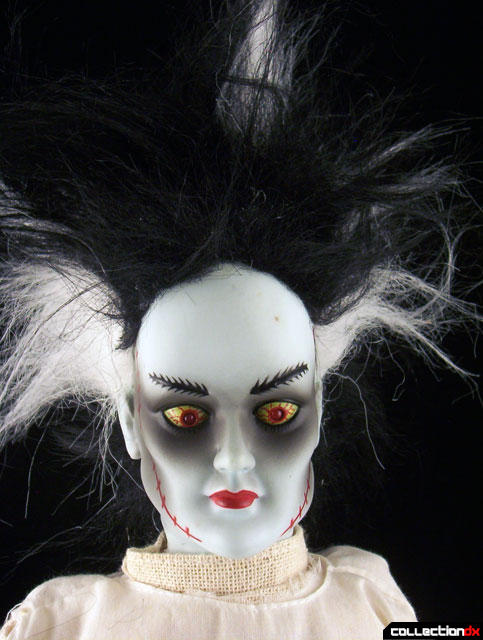 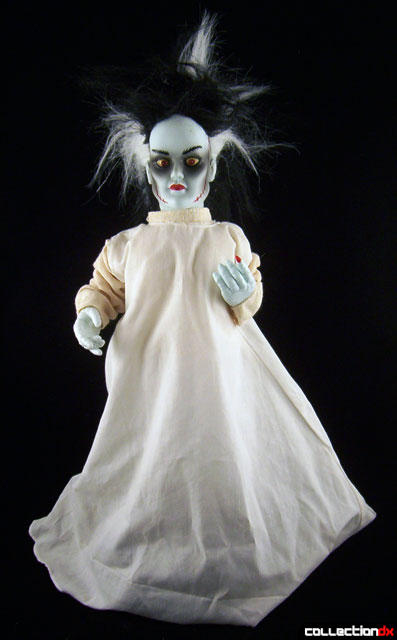