Here's one that I picked up about a year ago and in fact, I accidentally outbid a friend of mine to get it. This Kong definitely originates in Mexico, no controversy here unlike the jumbo sized bank, and is 100% good old fashioned blow molded polyethylene. That's the good. The bad? Well, it's pretty dang ugly. 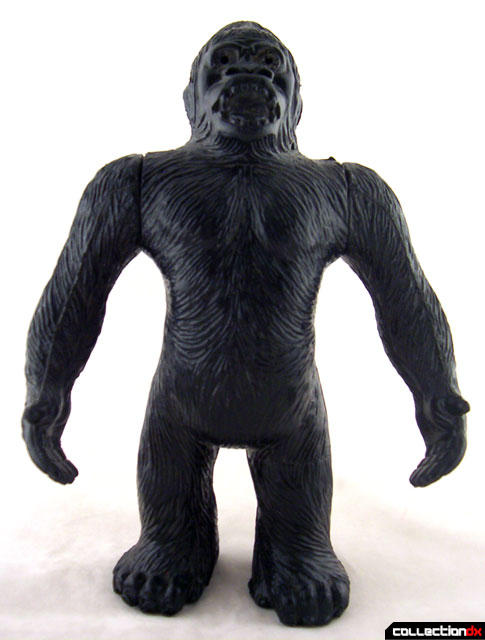 The one thing that I like about this toy as opposed to many other Kong toys is that it actually included a figure of Kong's affection, in this case, it looks like the "Dwan" character from the 1976 version of King Kong. It makes sense since this toy is most likely from the '70s anyway.

Or it could be just a generic damsel in distress. Either way, it's a nice inclusion. The figure can actually sit on the shoulder of Kong (so much for the "in distress" part, she looks to be having a grand old time...) via a peg that juts out from her leg and goes into the neck of Kong. Unfortunately, mine is broken off, but it can still balance on there ok. 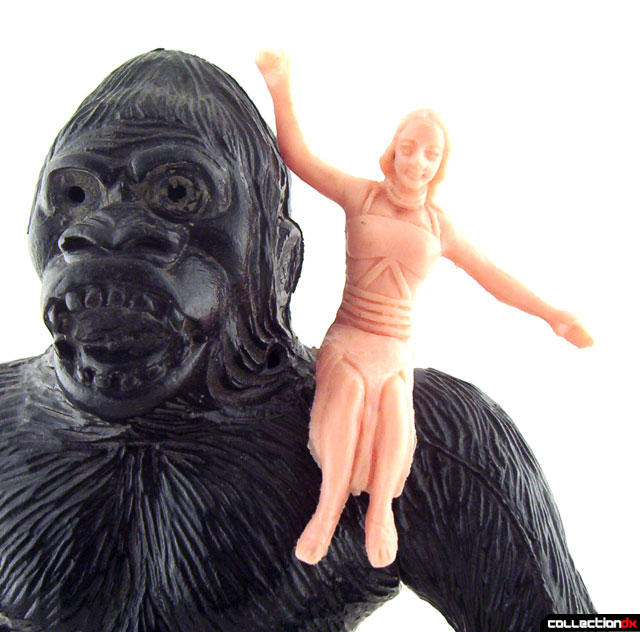 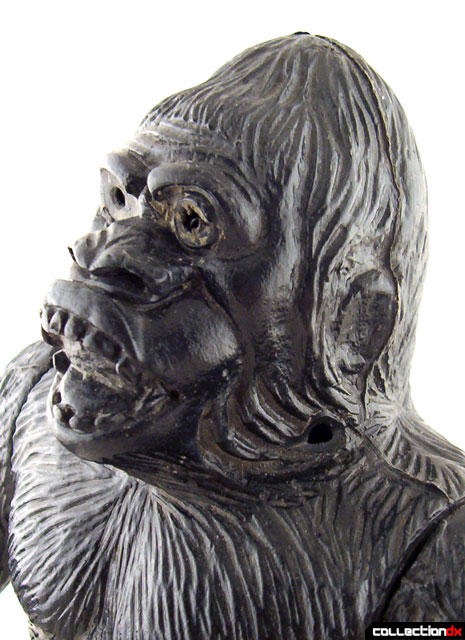 Of course, if you prefer to have put the "in distress" back into the phrase, you can actually balance it pretty well in the hand of Kong, too. This is my preferred method of display, since the image of Kong holding the girl is so iconic. 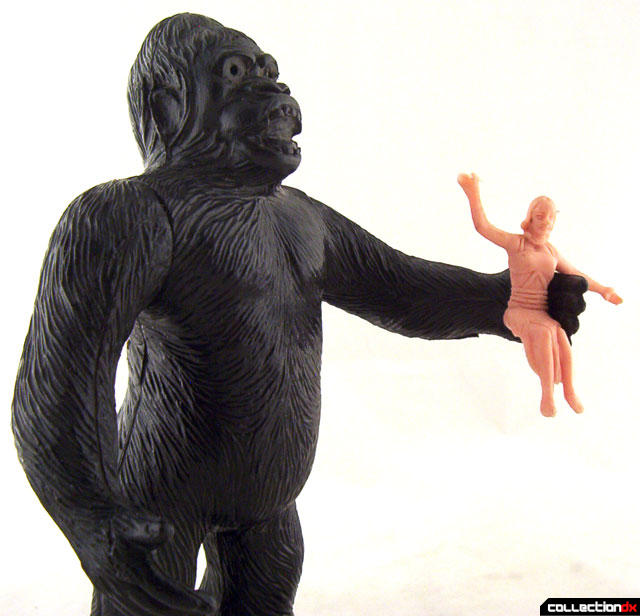 This toy is about 9.5" tall and only the arms move up and down.

Before getting mine, I had seen these on eBay before (and even once on Yahoo Japan), but I had never noticed that there was a different version until recently. Here's one that is fatter with paint applications to the face and feet. Notice also that the right arm of Kong and the left arm of "Dwan" have more pronounced bends to them. 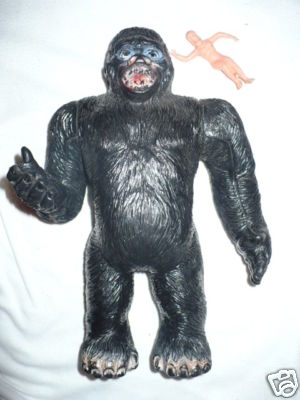 Needless to say, this is just for die-hard Kong fans (check!) and fans of blow molded toys (check!) only.

Isn't it possible the paint just wore off or was stripped off on your example?

A face only a mother could love.

I swear, I'm gonna take a Sharpie,and draw some Kong features on some bottle, and put it on ebay as "DaveBait", and see what happens. MWAHAHAAAAA!

Seriously, nicely written, and photo'd review as usual Dave.
I have got to check this Kong collection out in person someday.

@kidnicky: Yeah, that's totally possible. If there's one thing I've learned about bootlegs, it's that they're rarely consistent.

@repairtechjohn: I don't search for "Davebait". But maybe I should start. Who knows what goodies I'm missing!