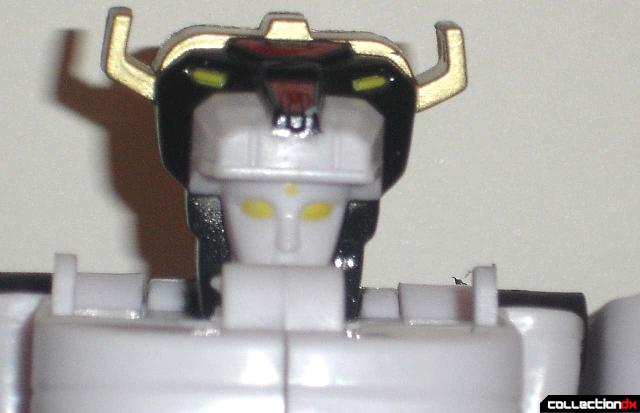 During this review Interchange Container Robot will be known as "I.C.R." for short. As of right now out of all the knock offs I currently own, this one wins the prize for the most bizarre. He, like a few of my other KO's is made from polyethylene which is also know as "shampoo bottle plastic." What? His head looks familiar? Well you are correct! He appears to be a Golion/Voltron KO but that's only part of the story... 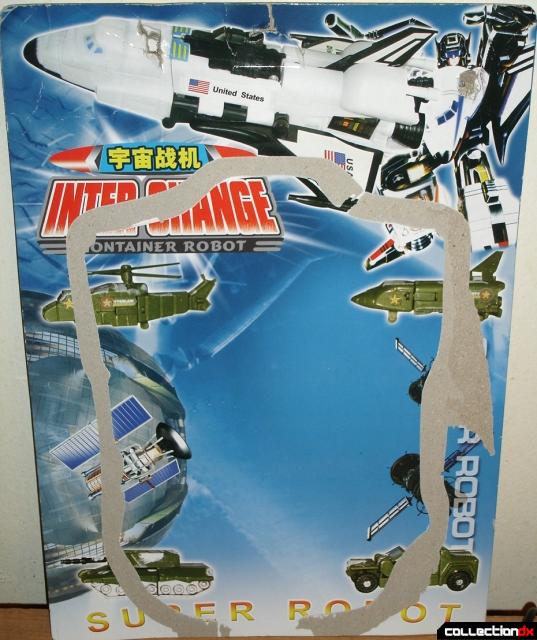 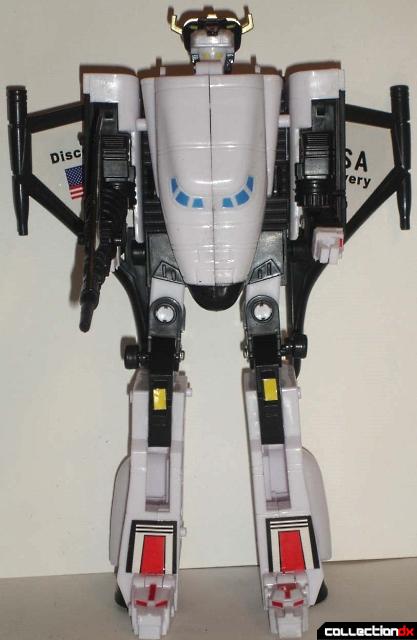 First off, the card he came on is HUGE! On the front we see a badly photoshopped image of Galaxy Shuttle's stolen boxart as well as green G1 Combaticons in vehicle mode. On the back of the card we see some Engrish (or a long run-on sentence) and a very basic six-step transformation. 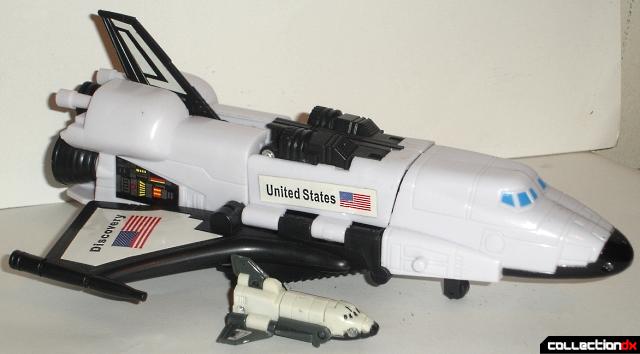 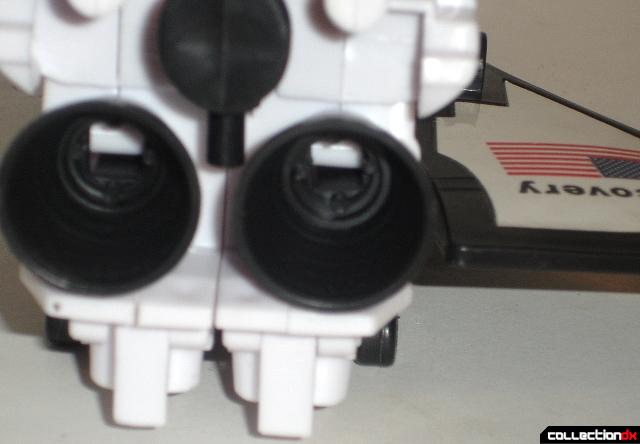 I.C.R.'s vehicle mode is a big space shuttle with very nice details molded into it. He has front landing gear that flips down as well as rear landing gear on swivels. All three wheels roll smoothly. (which I find very surprising) 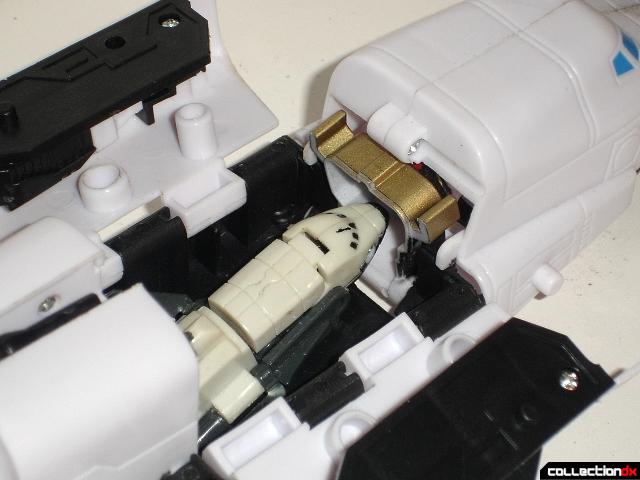 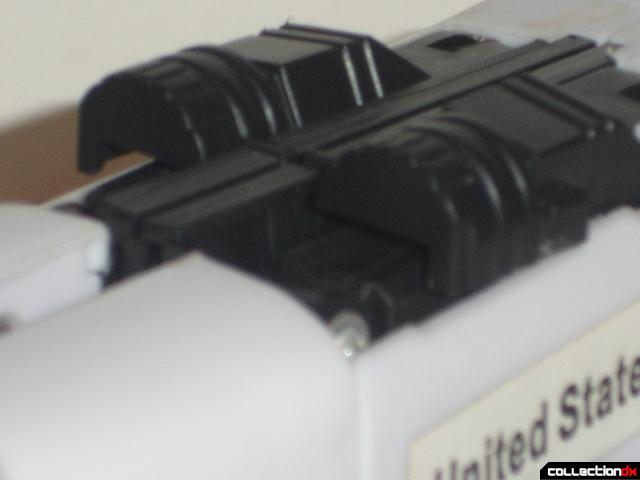 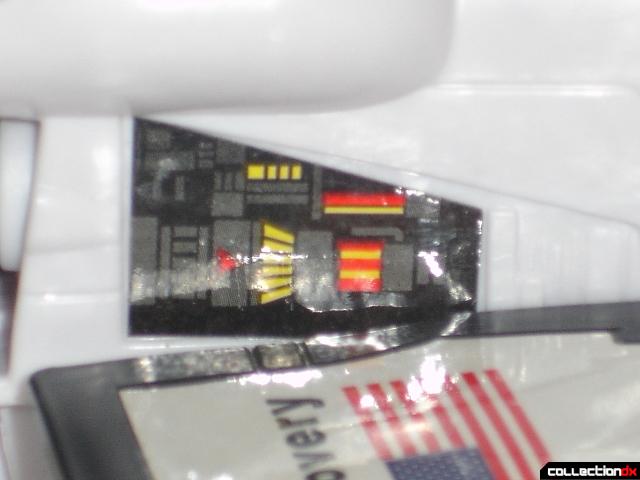 On the top there's a section that splits open (thanks to the transformation) where something small like a Micromaster or a secret message to an ex-lover can be comfortably stored. He feels nearly weightless because the inside is completely hollow. The few stickers on him show no signs of peeling off.

To transform him into robot mode remove the wings (because they're going to fall off anyway) pull down the front section, split open the midsection and open up the black "doors" and fold the arms out. Next, straighten out the rear section and split the legs. When the tail fin is loose set it to the side. Flip down the feet, stand the figure up, put the wings back on and flip them up. Finally, flip the robot head up, place the weapons, and you're all done. 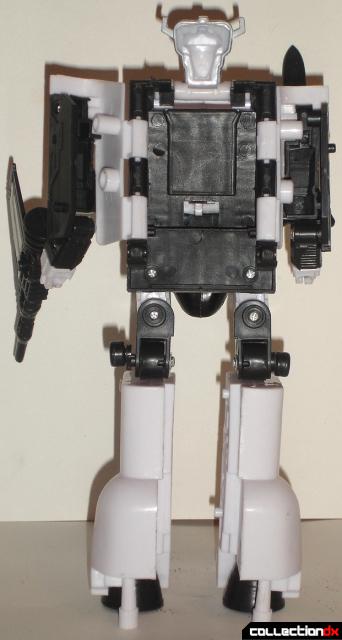 Okay, this is where things get weird. I.C.R. seems to be a KO of the Japanese Transformer "Galaxy Shuttle" (From Transformers Victory) but his head, hands, and feet are borrowed from "King of Beasts Golion" (you may know him better as "Voltron") He's completely bland on the back and you can see how hollow he is. No sculpted details, no paint apps, not even a crappy little sticker. 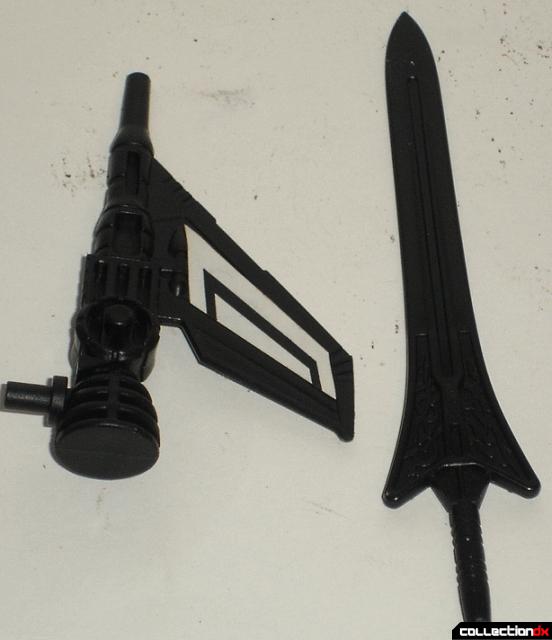 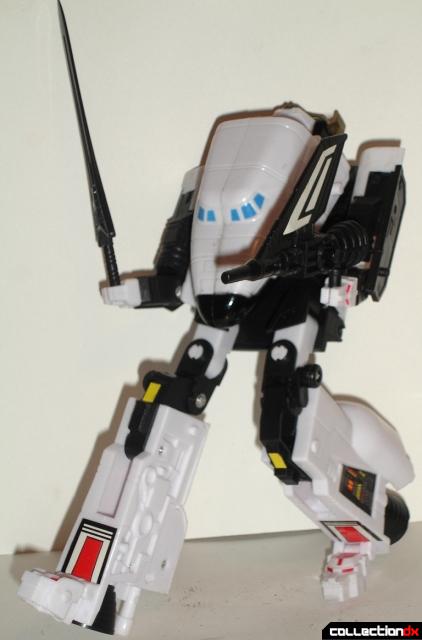 His weapons include Galaxy Shuttle's gun and a small, black version of Daizyujin's Godhorn. (if you're not familiar with super sentai, it's the Power Sword the Megazord uses from the original Power Rangers) I.C.R. has seven points of articulation: his head, elbows, knees, and feet. He is a little floppy and sometimes his wings fall off when I pick him up. 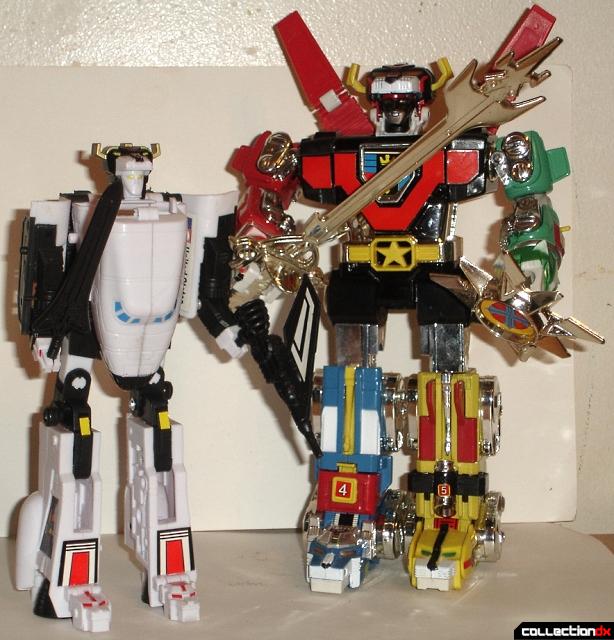 I took a snapshot of him next to the my '97 Trendmasters Golion. Absolutely no competition at all so the king of beasts has nothing to worry about.

I found him at a Flea Market packaged for $6. I also picked up Sky Garry and Darkwing. I don't remember if they're from the same KO company, but the latter two seem to also be made from polyethylene . If you like space shuttles and want something weird and interesting that would make a great conversation piece, see if you can find one. However, if this is a little TOO weird for you, then skip it.

Wow, replacing the hands and feet with lion heads really takes this from "lame random head-swap bootleg" to "extremely weird and fascinating bootleg". I wonder if they ever popped one out in more Voltron-ish colors...

Without a doubt this is definitely one of the weirdest ones I own. I wouldn't be surprised if they did release one in Voltron colours. (Oh Mr. Random Chinese bootlegger, are you reading this?)

Funny timing for me, I just discovered and brought a loose one. Seems to be the same toy but mine has voltron shields stickers on the wings rather than the nasa.

Wow, I didn't realize how much better this figure would look with chrome parts. The other paint apps are meh, but that sword though.....

Can you do anything with the mini shuttle? I see some type of joint/lime. Mine didn't include one.

The mini shuttle is from a KO Sixwing set I have. I just felt like taking pics of the shuttles together. Lol. I don't have that set reviewed yet, but I do have a review of an over sized Sixwing set if you're interested in taking a look at it. Unfortunately no combiner pieces were included. http://collectiondx.com/toy_review/bootleg/oversized_sixwing