I picked up this KO of Camera-Robo at the 2022 East Coast Summit. These knockoffs were everywhere as a kid and as such I have a nostalgic feeling from them, moreso than the proper releases.

This toy isn't very good. The tolerances are all off, there are sprue bits left untrimmed, and even one of the metal bars has a sharp edge which would have wounded a child. But its still an interesting piece.

The engrish on this box is amazing. 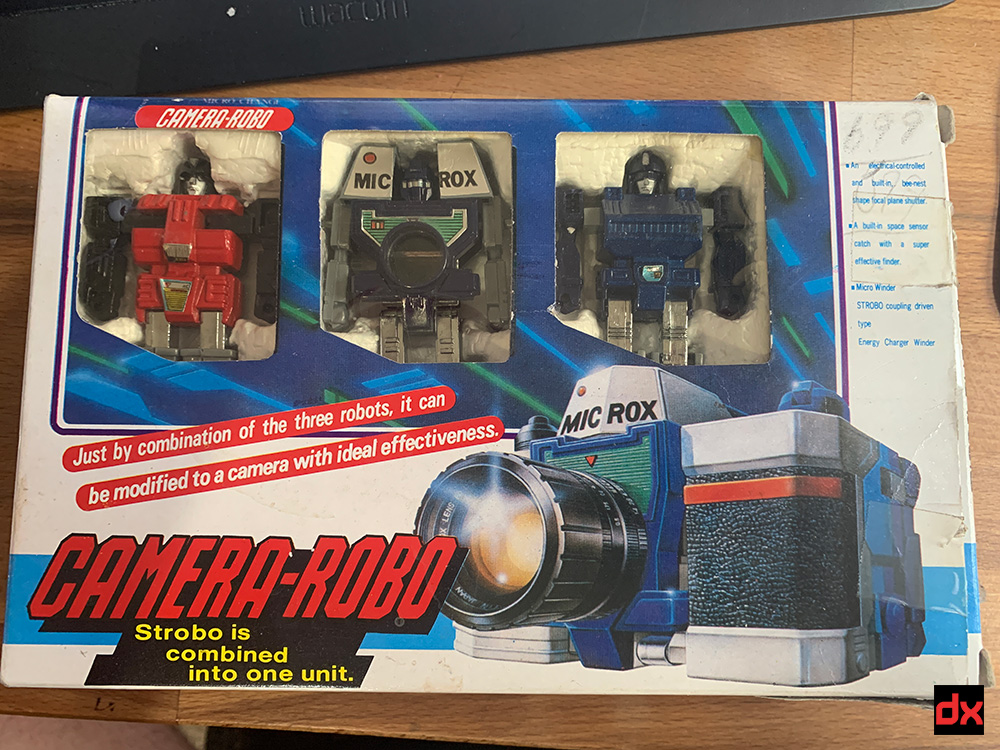 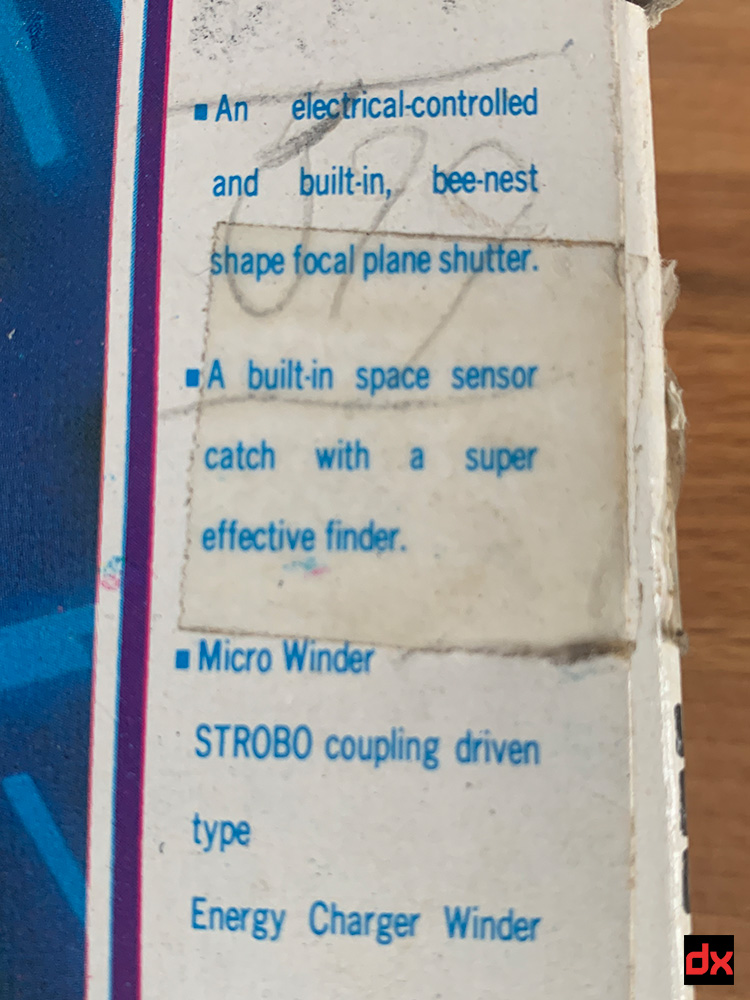 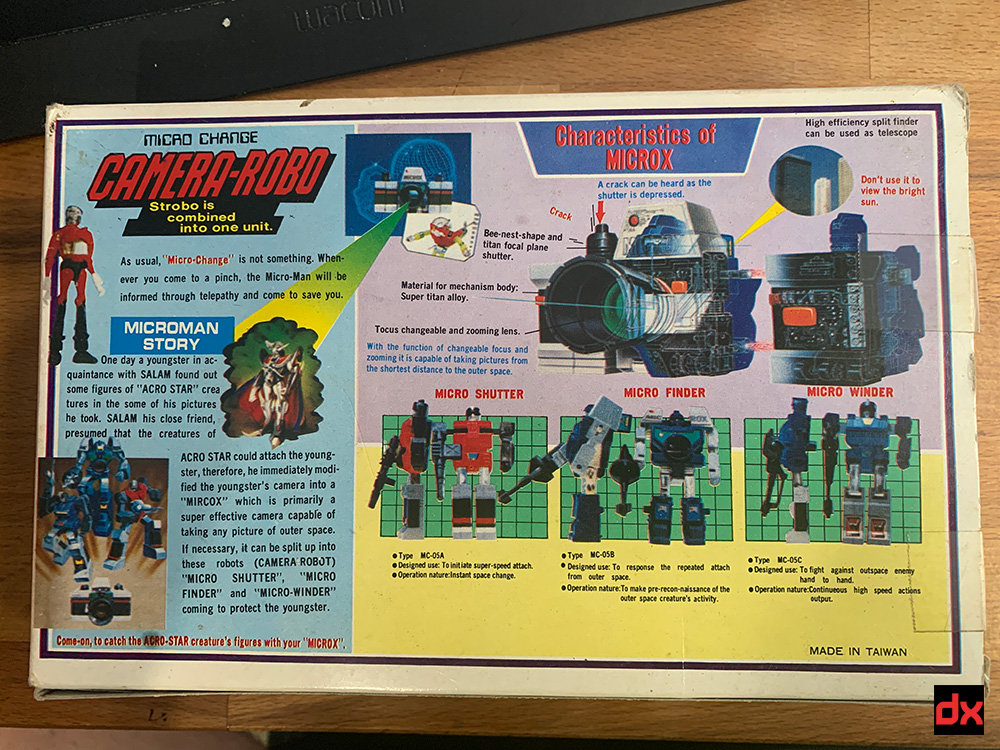 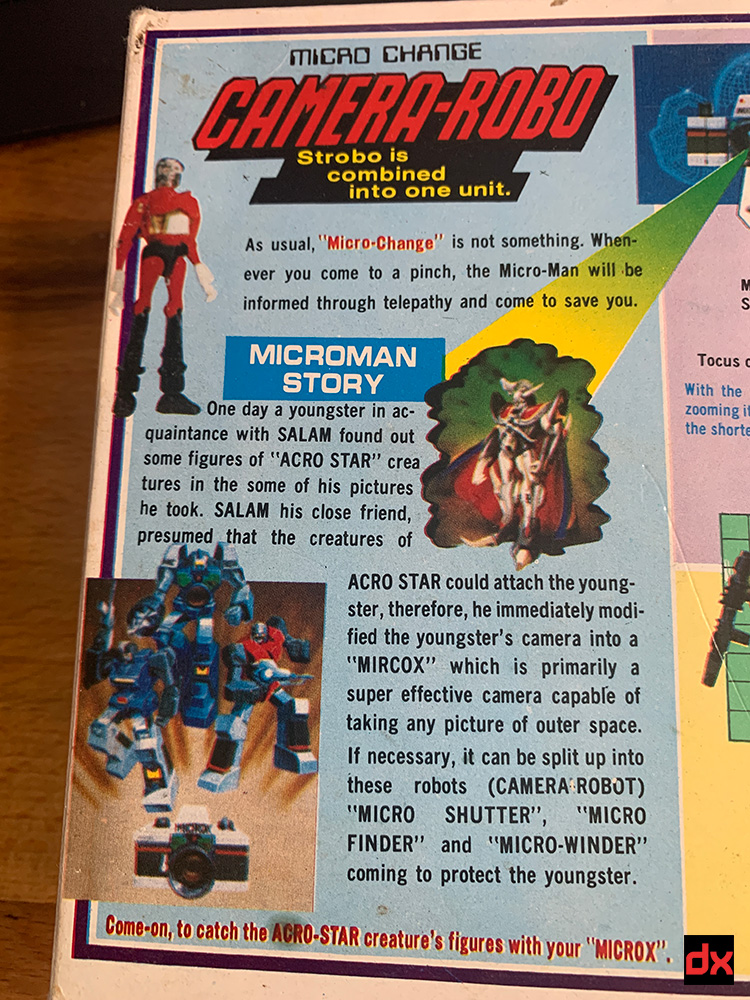 Known as Spectro in Transformers, he has a gun that pegs into the hand. You can see some of the leftover flash on the shoulders, and you can see the seams on the legs are a bit wonky. The body is diecast metal. 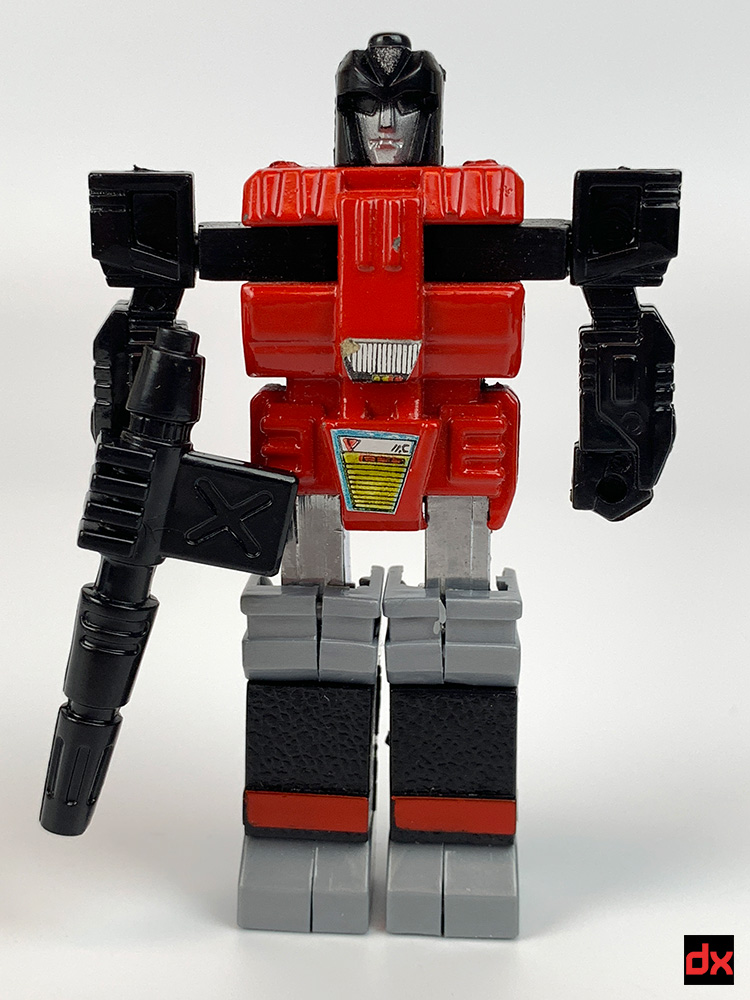 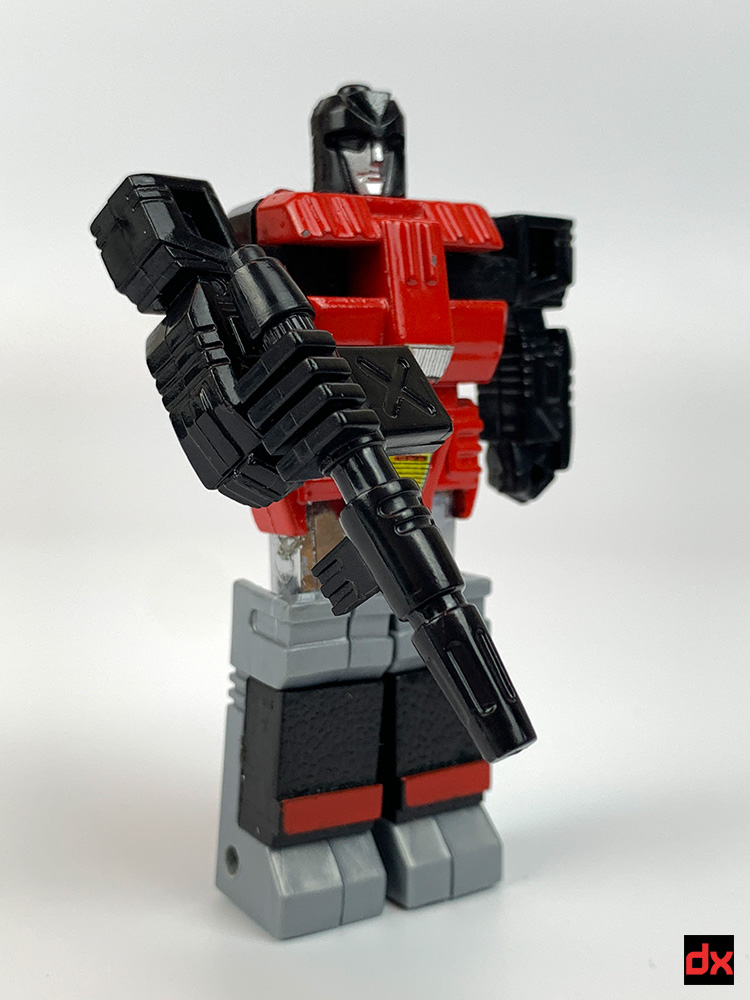 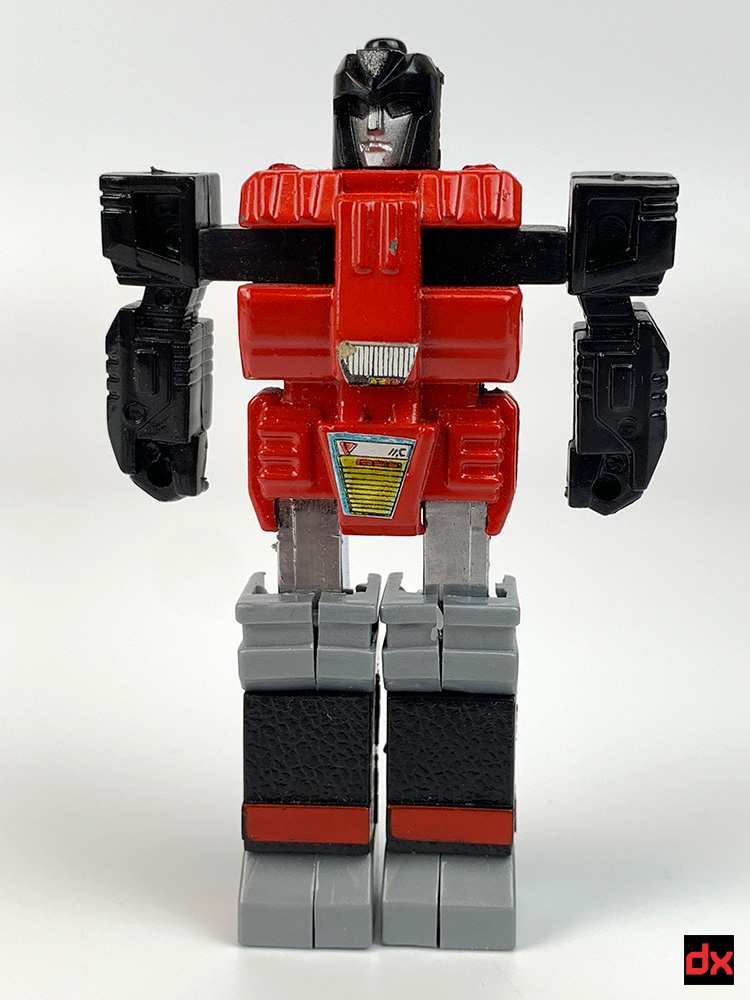 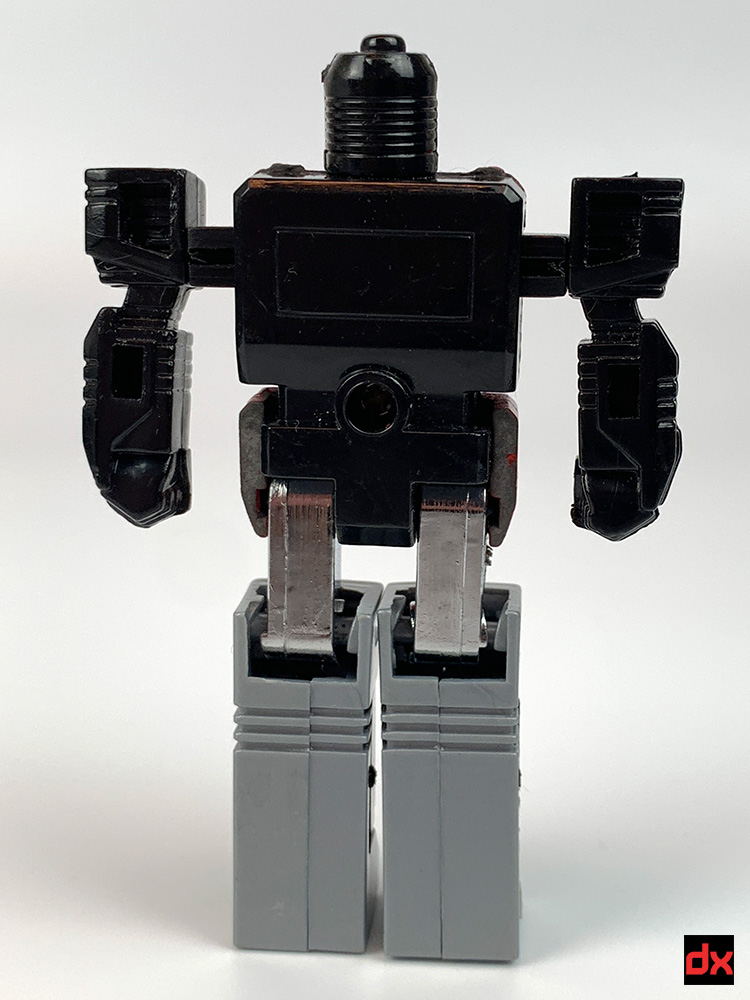 Known as Viewfinder in Transformers. This guy forms the center of the camera. He's got a weapon that pins to the outside of his arm, and supposedly the camera ring can attach to it. The body is metal. 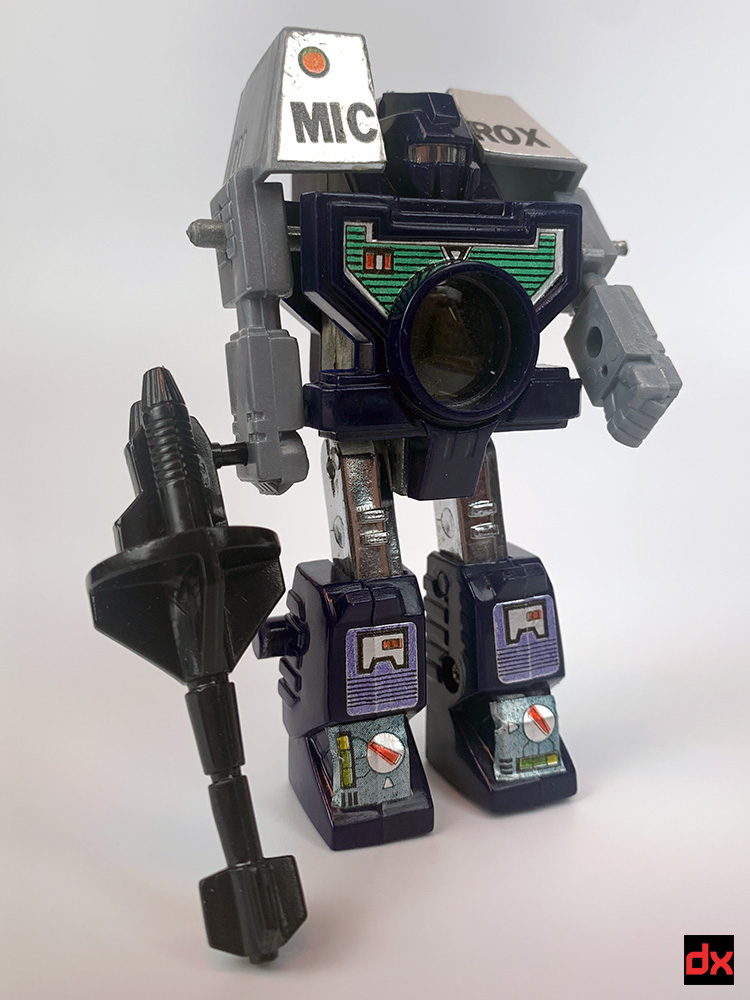 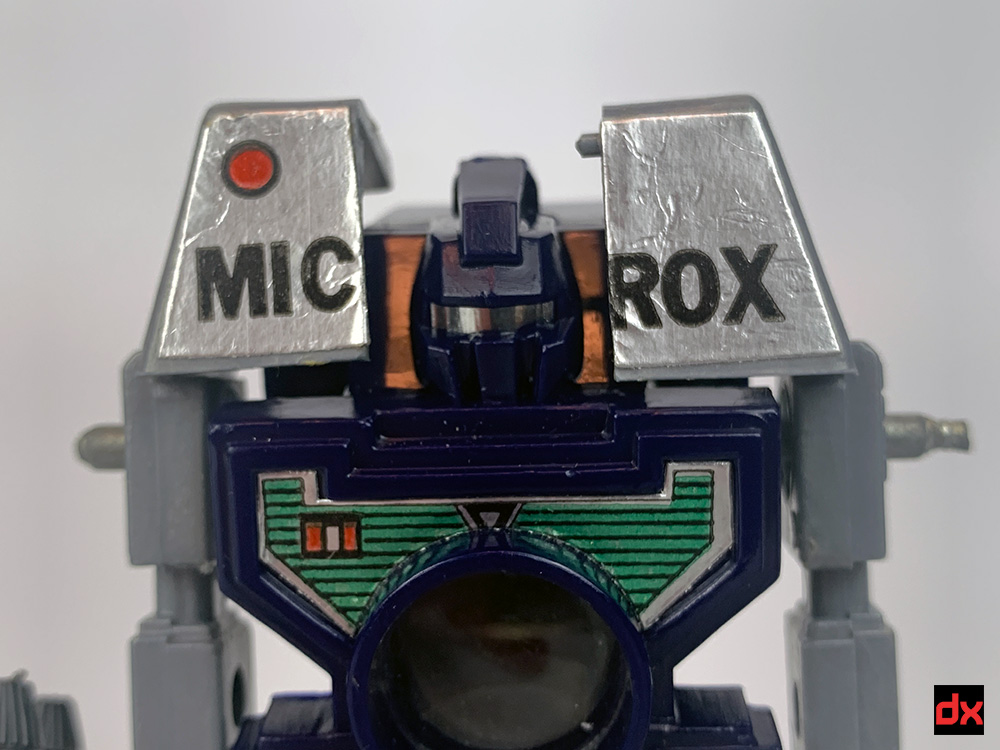 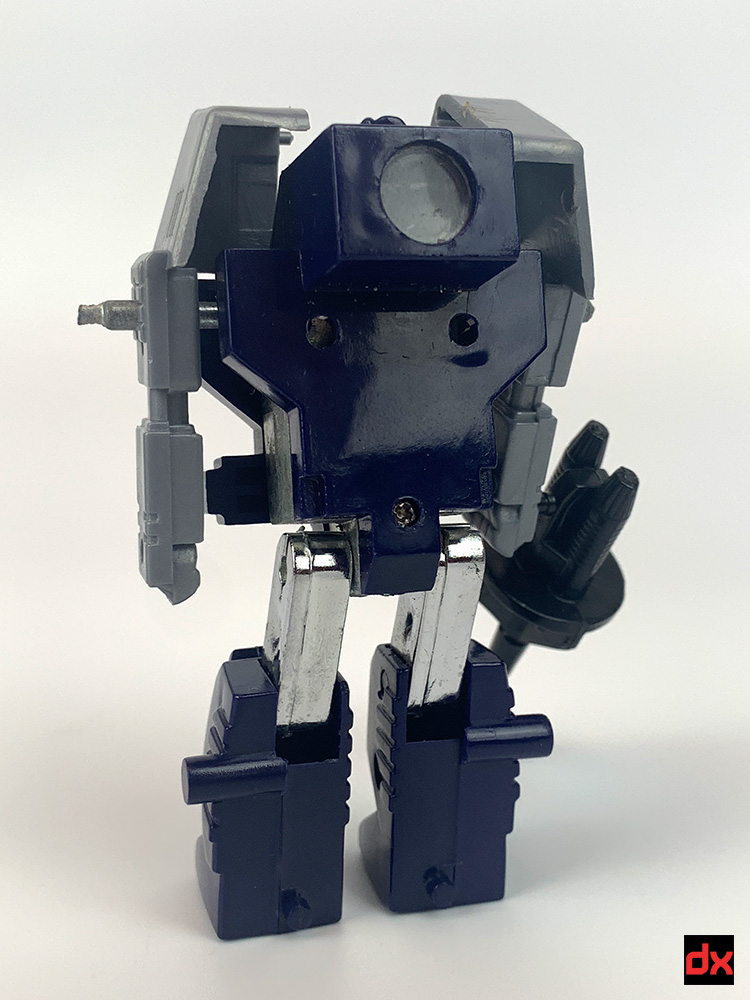 The metal bit on the side looks lethal. 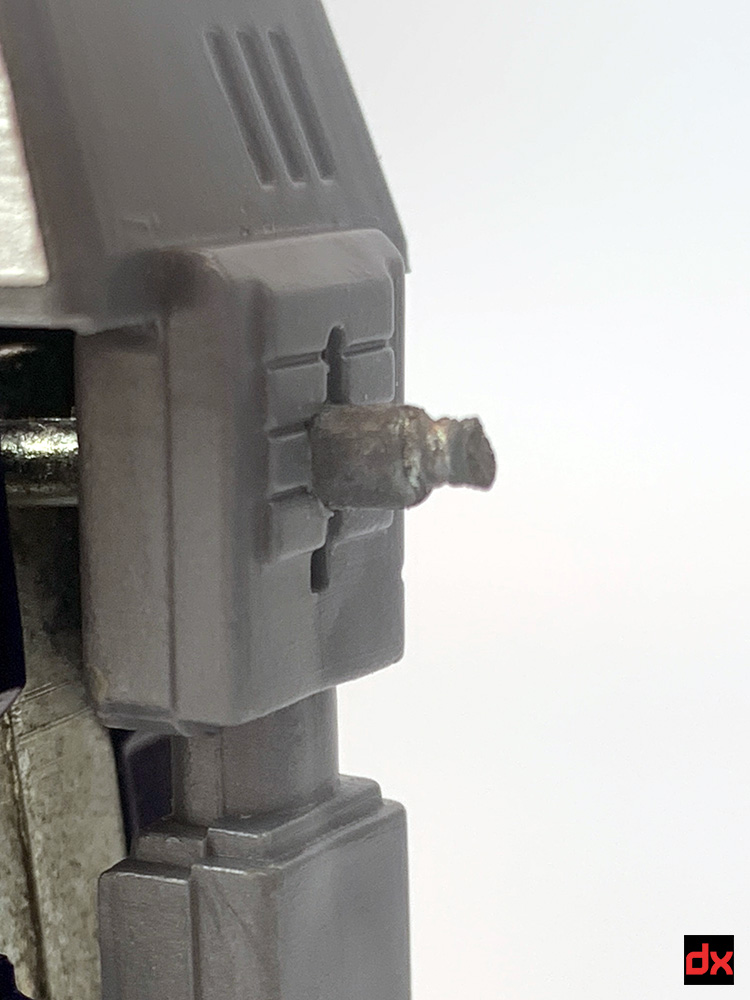 This one was named Spyglass for the Transformers release. Similar to Micro Shutter, he's got a diecast body and a weapon. 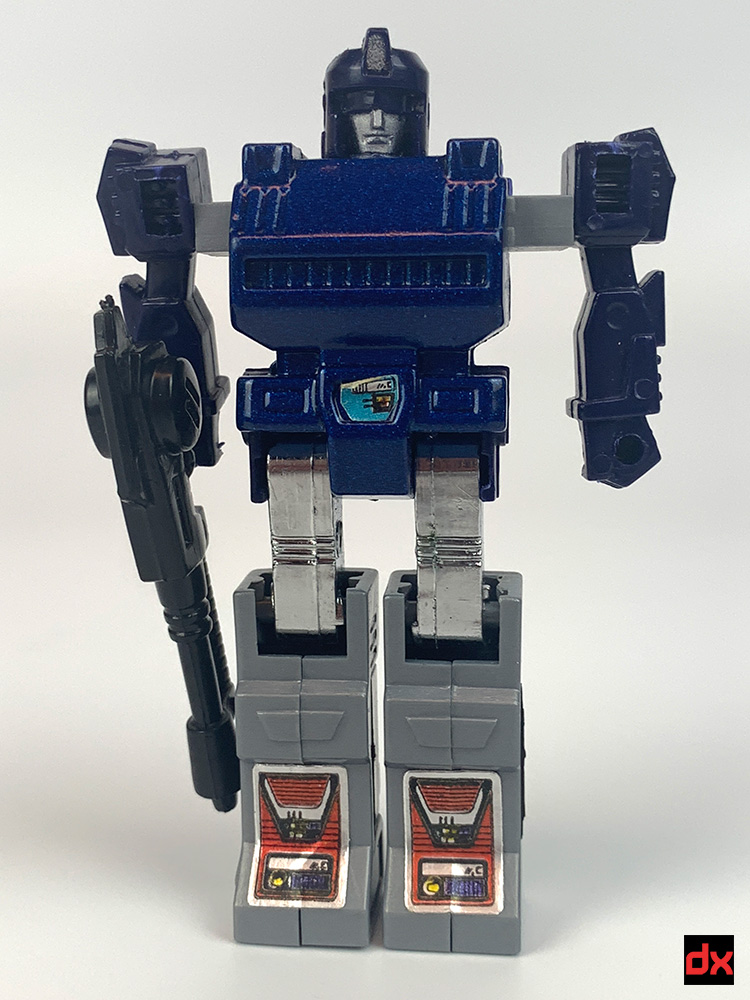 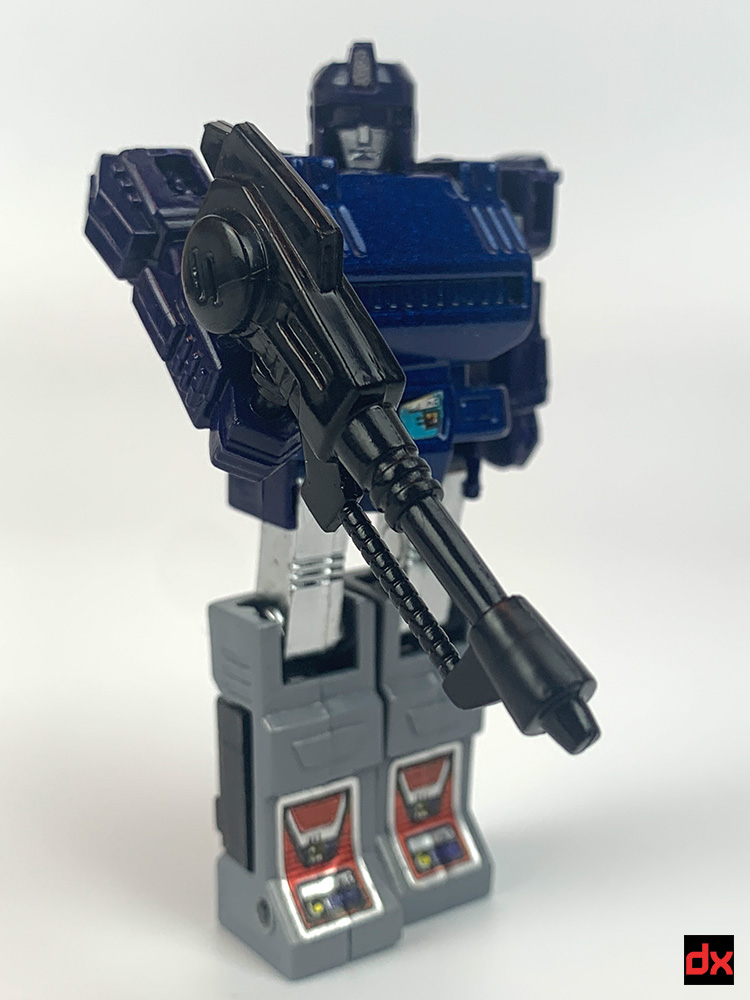 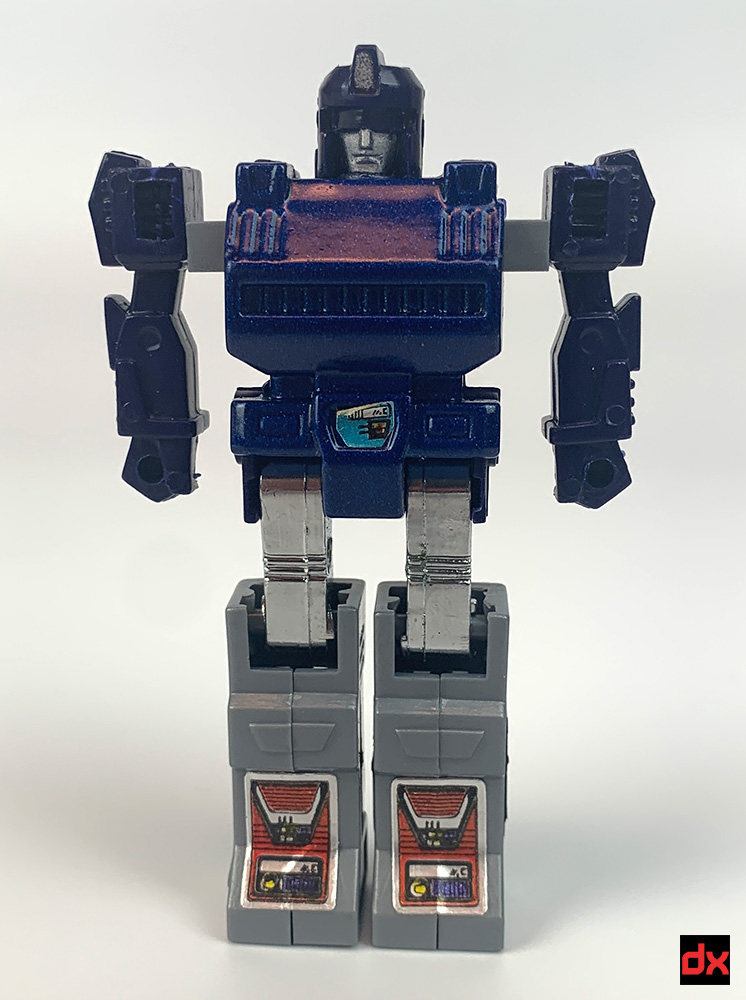 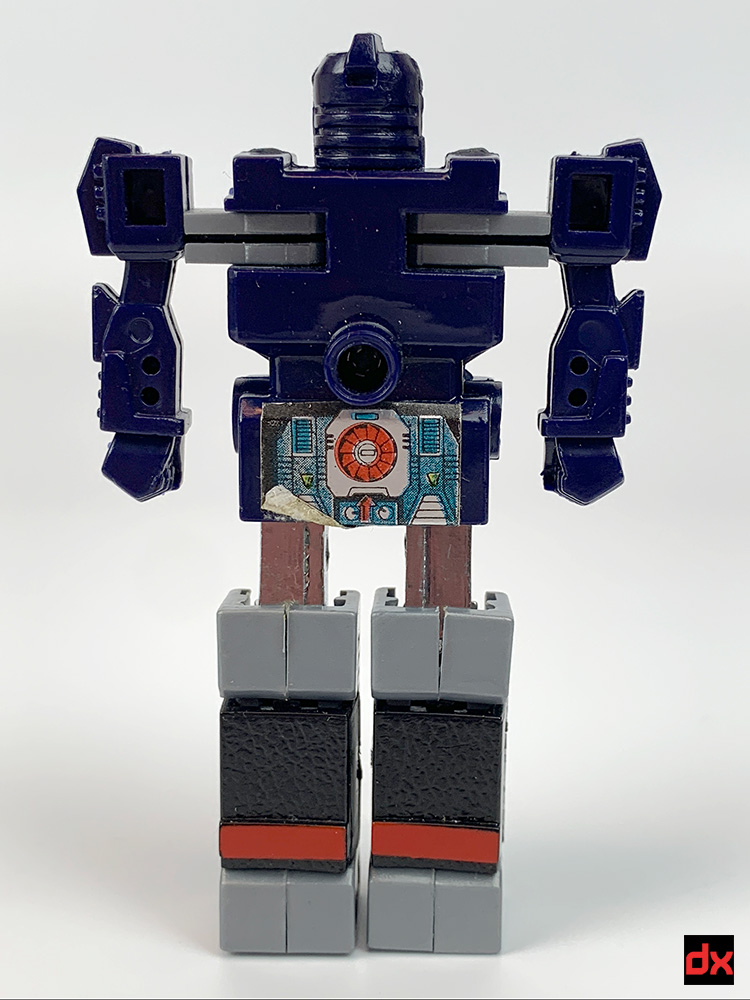 Each easily folds up and combines to from Microx 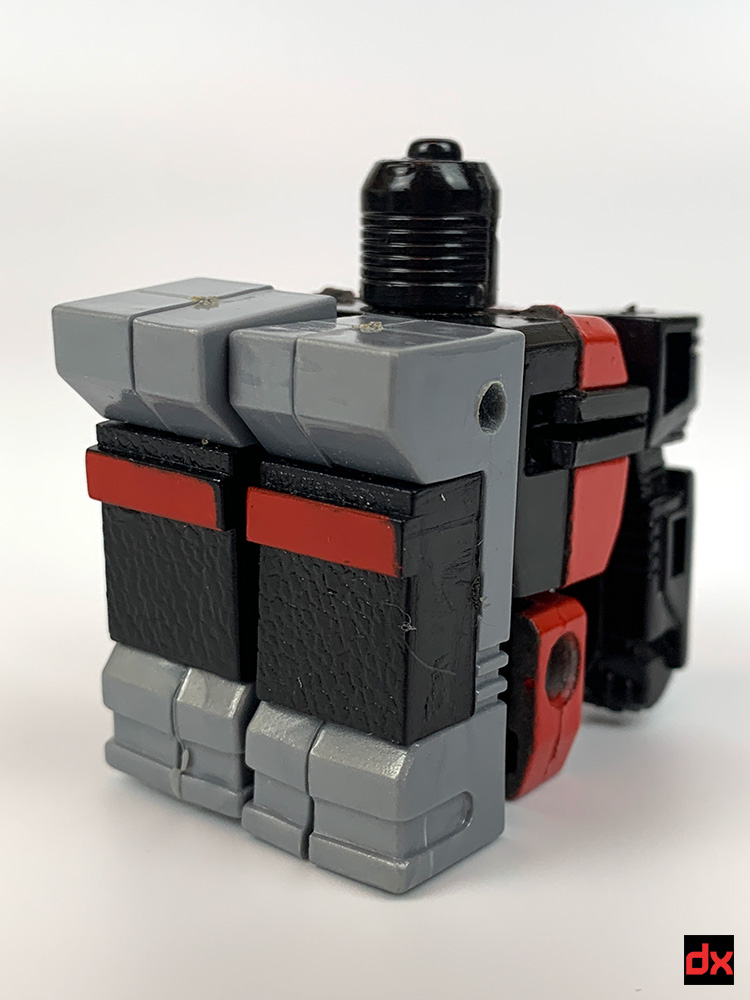 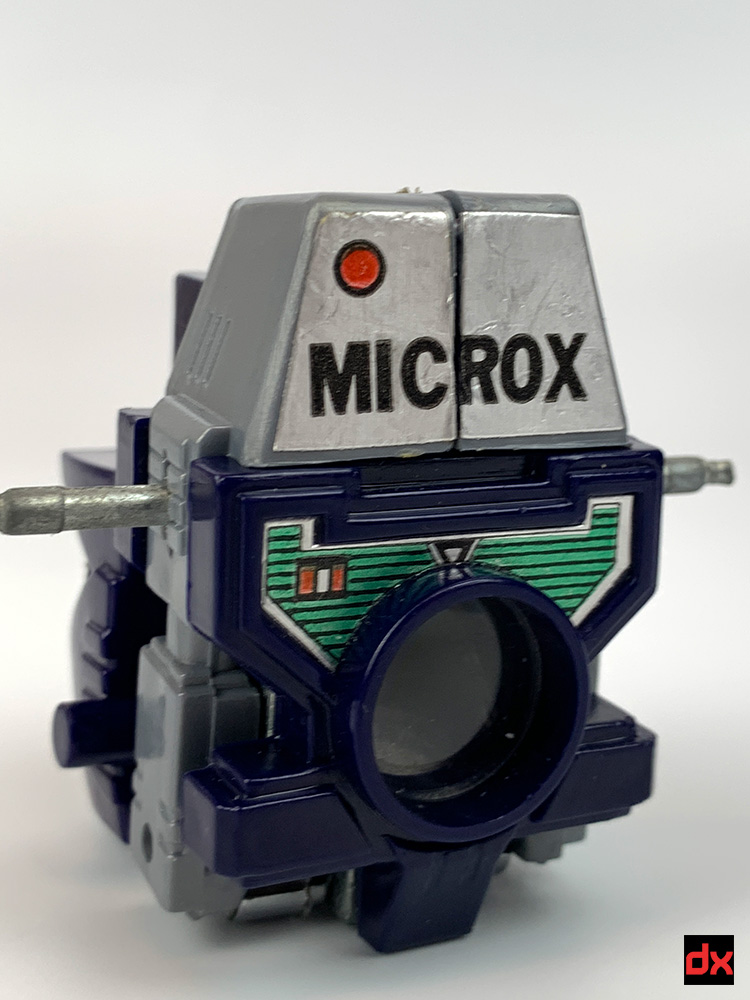 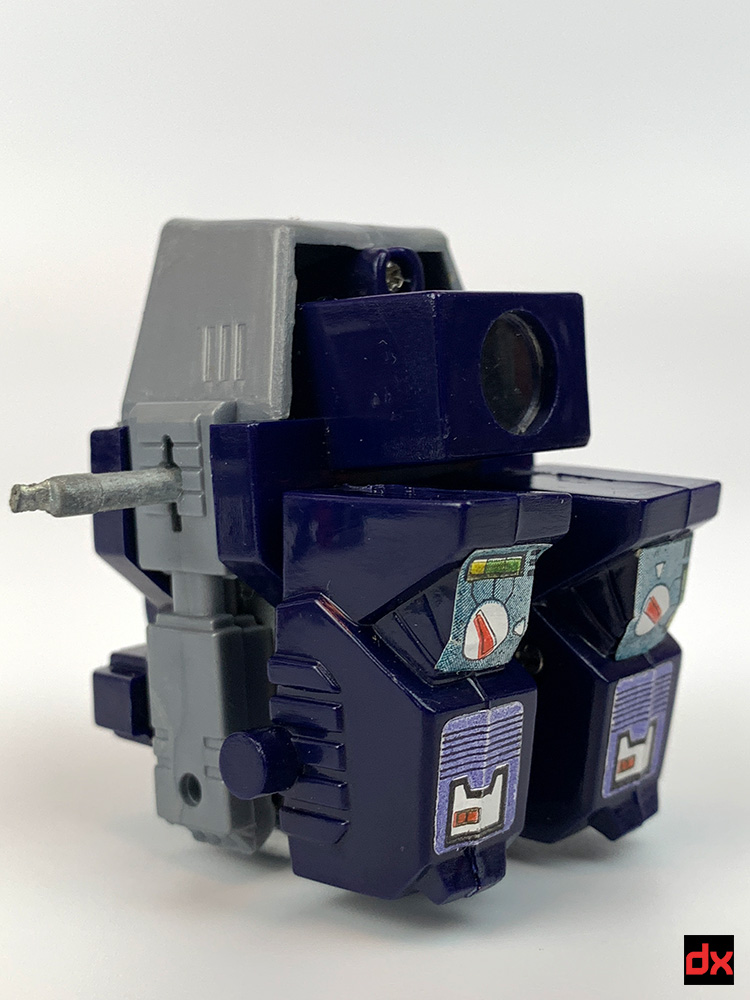 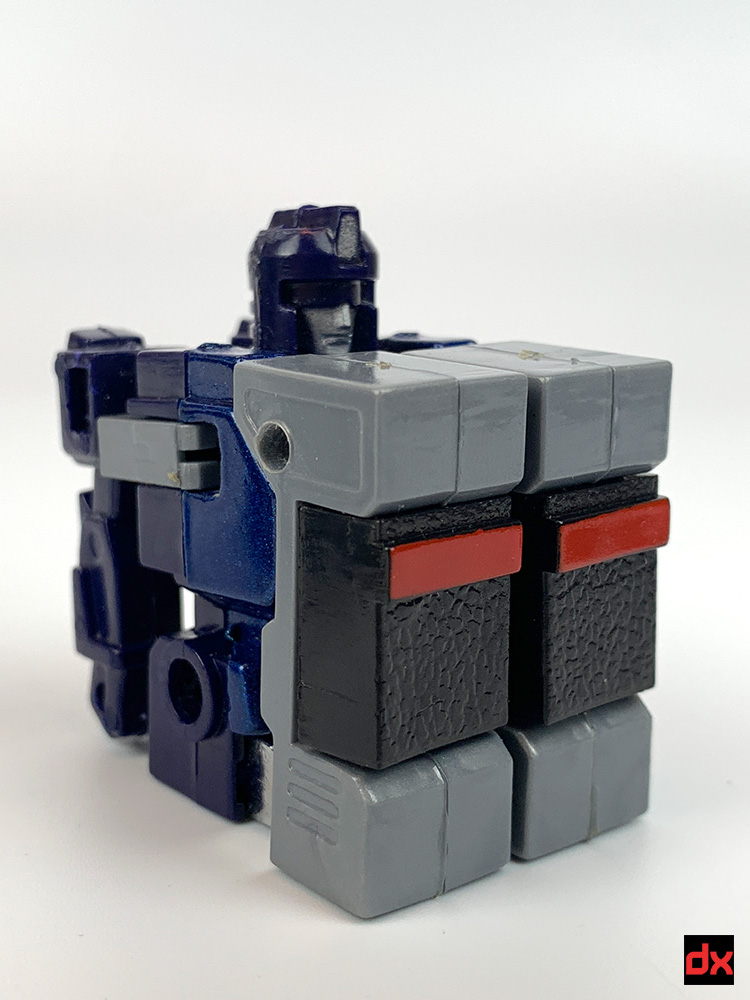 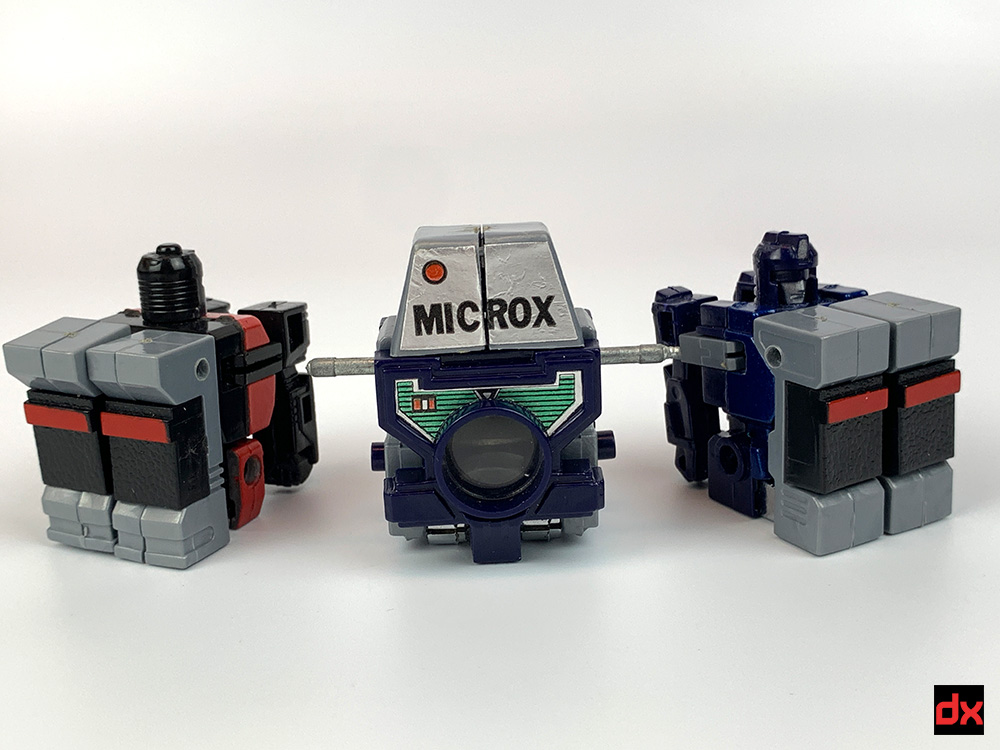 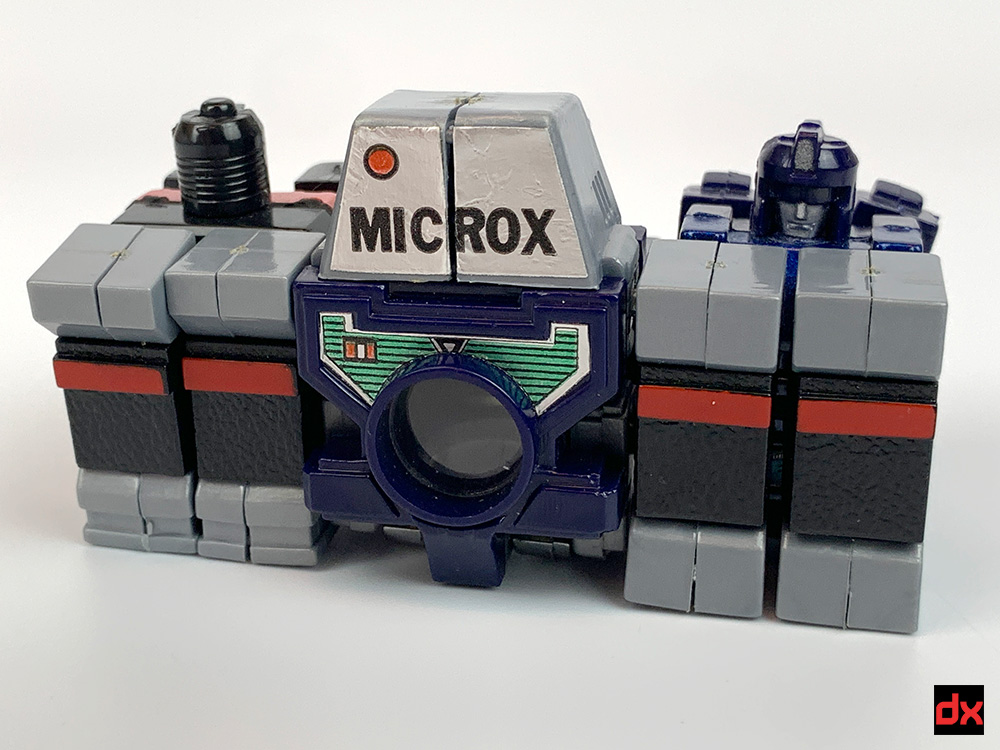 Add the lens and the flash accessories. 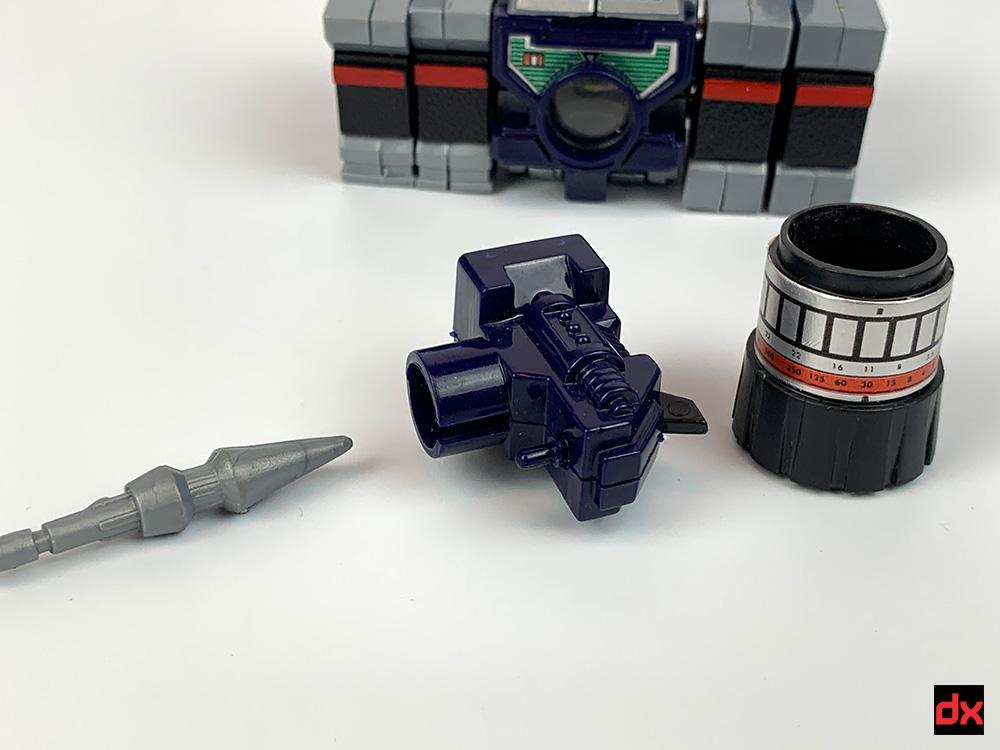 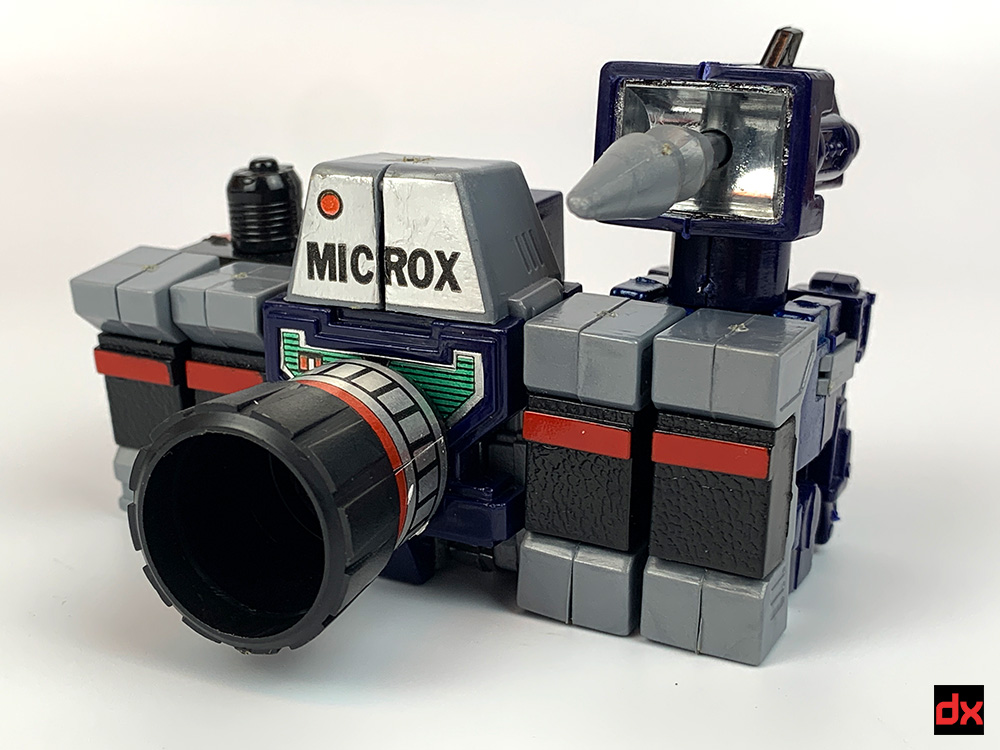 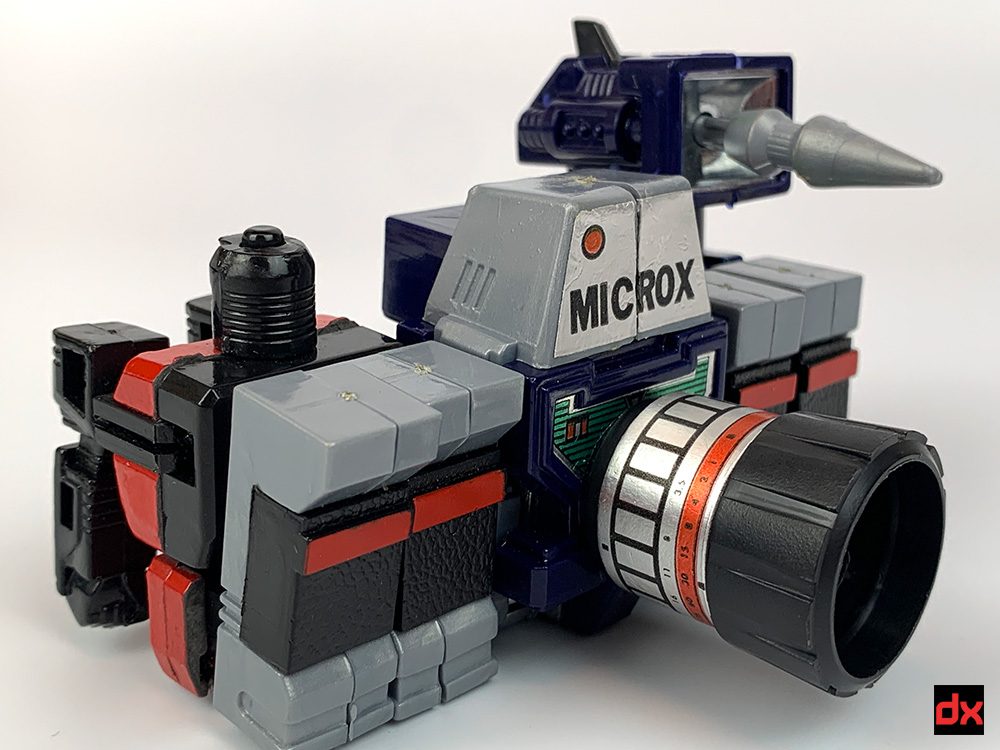 The button on the top of the head of micro shutter is supposed to click like it's a real shutter, but mine just presses in a little. Either its defective, or the knock off never had the feature. 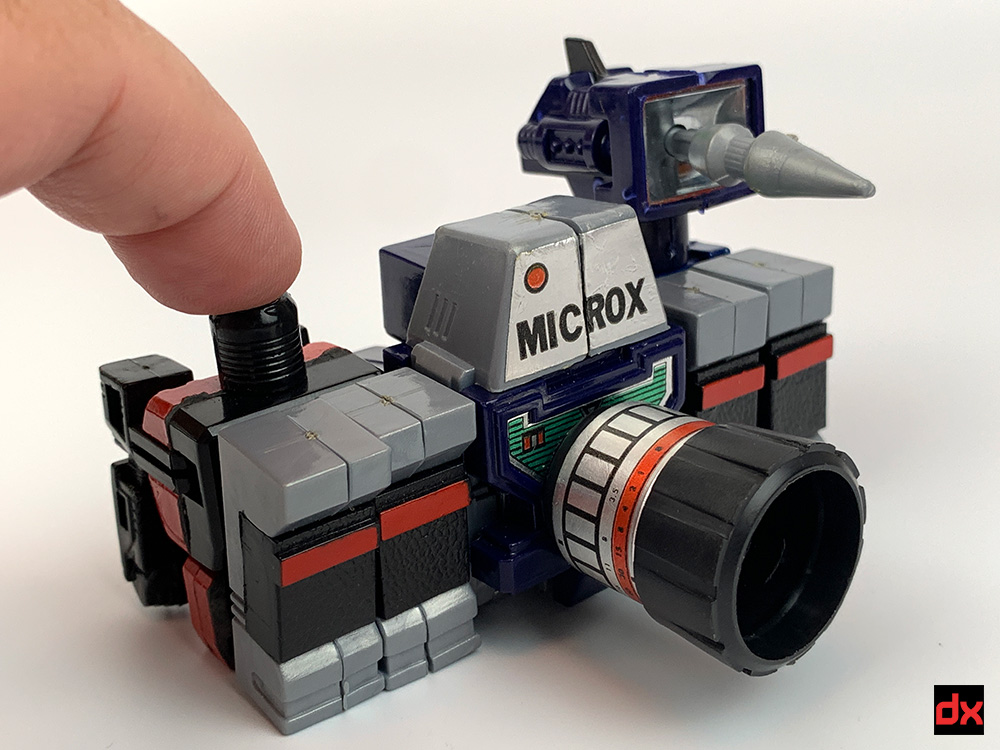 The flash can fire one of three included missiles. It's a strong launcher, not neutered like the Transformers ver. 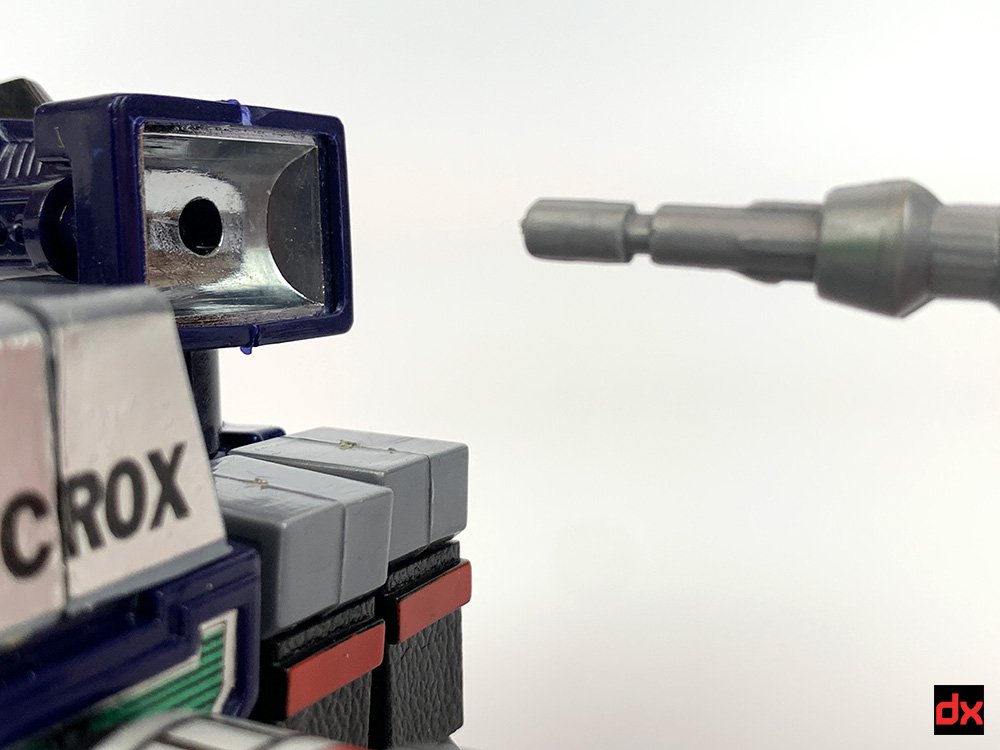 You can actually see through the lens, like a real camera. 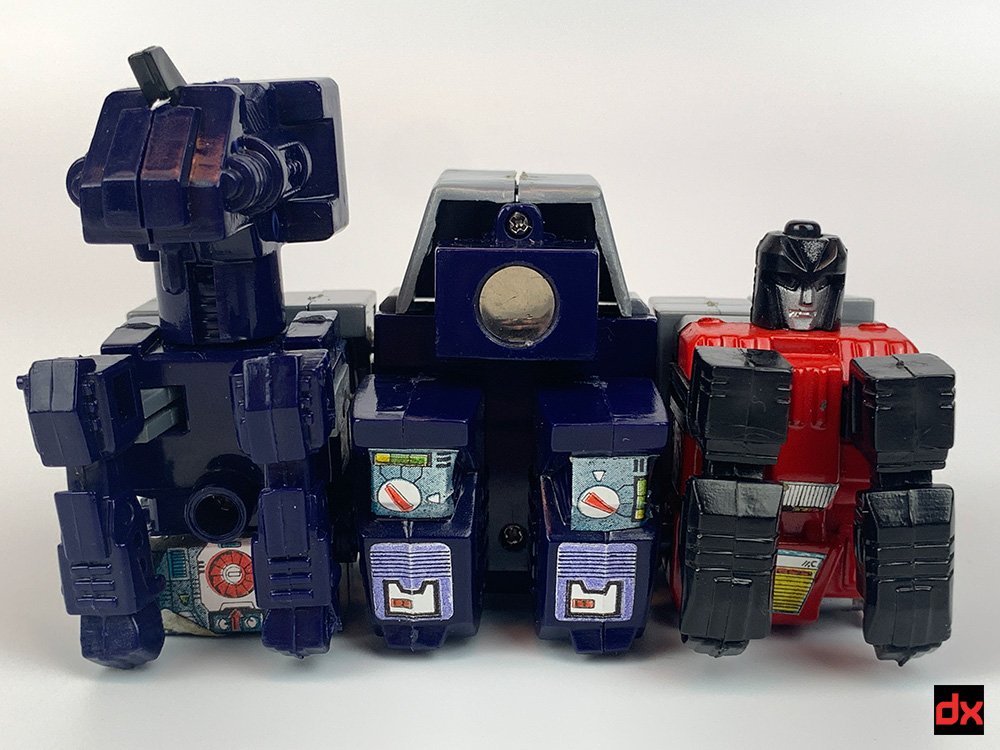 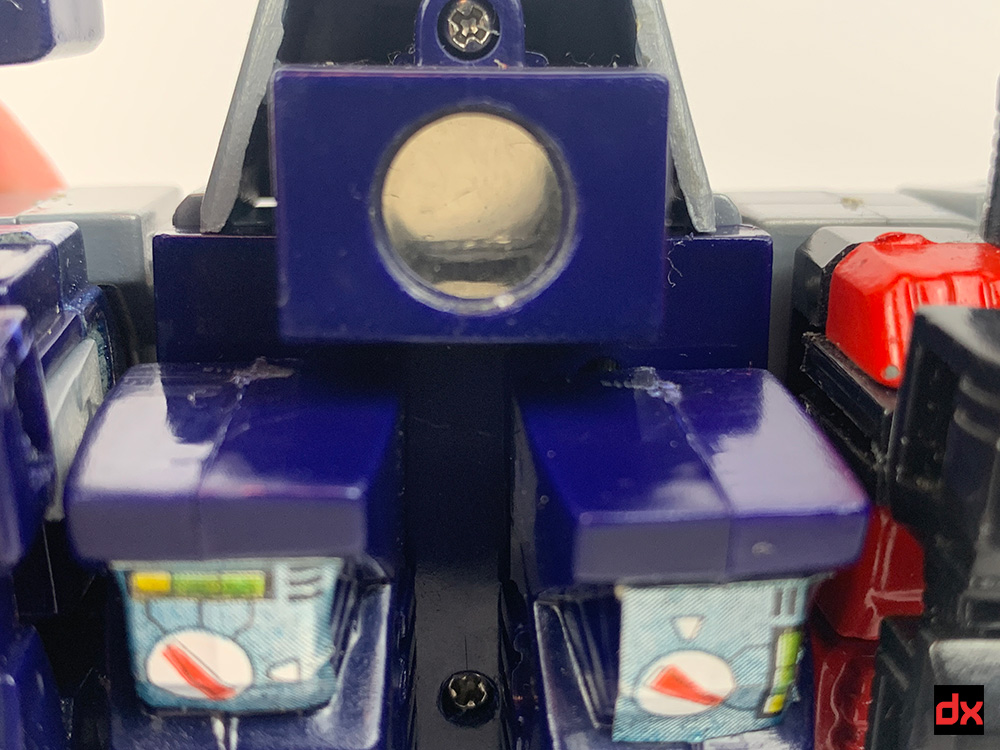 Overall though - it's a bit junky and imprecise - but it's a cool time capsule for me of what us poor kids got for Transformers.