I had a difficult time finding the Blue Lion at retail. I finally gave in after about a week searching and paid the Newbury Comics price, which always has ridiculous markups on toys, especially in-demand toys. I'm going to go on a rant about Newbury Comics here for a bit, feel free to skip to the review if you don't care.

Newbury Comics is a chain in the northeastern U.S., which started in the 70s on Newbury Street in Boston, MA. It's early commercial shouted "BOSTON NOT LA" and extolled it's punk virtues. It was always a cool place to go for comics, music, toys, t-shirts and more. It's always adapted it's focus a bit based on the times, but it's always been essentially the little anti-chain, the alternative to Tower Records and FYE.

Newbury has always been hit-and-miss with toys, often getting a lot of cool crap through Previews (the Diamond Comics Distributors catalog). But keep in mind, it is a chain, with dozens of stores. Not quite mom and pop store, not quite mega chain.

While I like Newbury Comics as a rule, I HATE their toy pricing. For example, if a new assortment of Star Wars Black series comes out, and one figure is short packed, you can bet your ass Newbury is going to mark it up at least $10 over MSRP. Now, think if Toys R Us picked out the chase figures and marked it up? Thats not what a chain does in my opinion. Thats secondary market mom and pop shop bullshit. But if you are a retail establishment getting cases direct from the distributor, thats some bullshit to pull out and mark up the chase figure. So when I mention the Newbury tax, this is what i'm talking about. Yes, you can probably find it there, but be prepared to pay out the ass for it. Thus, I paid $28 for a $17.99 retail Blue Lion.

The toy comes packaged in a basic, but large blister card. There are a rather unnecessary amount of twist ties that need to be removed before you can free the toy from its plastic prison. 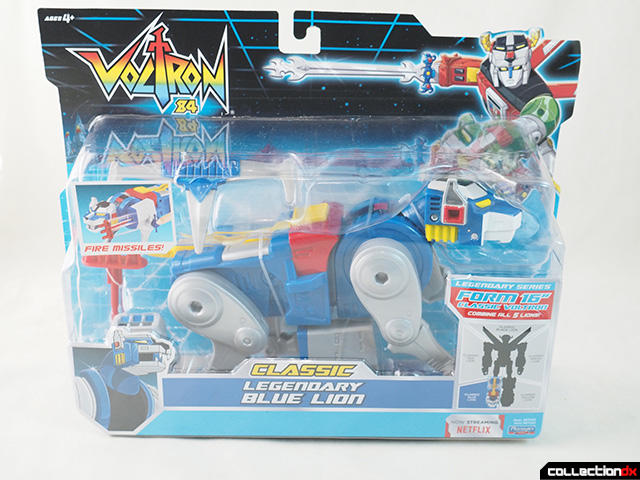 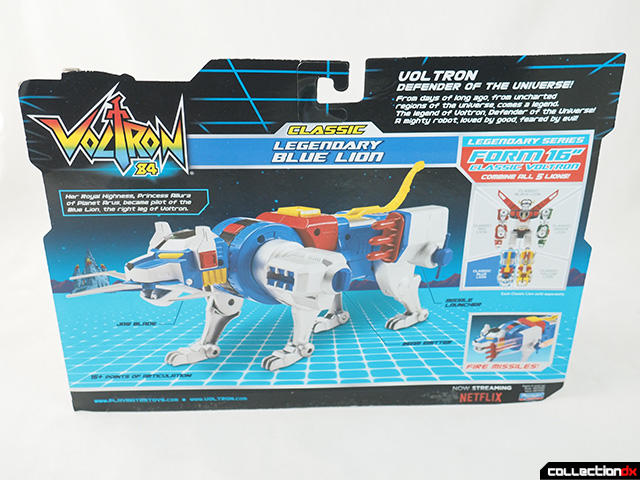 The Blue Lion (like the yellow) are a bit larger than the Red and Green lions, but the price point is the same. Like the Yellow lion, he's reasonably poseable, and yes, he transforms into a leg. He's a good looking lion. 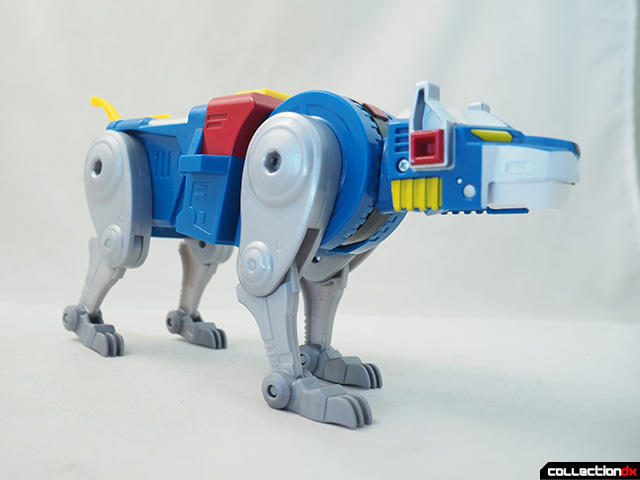 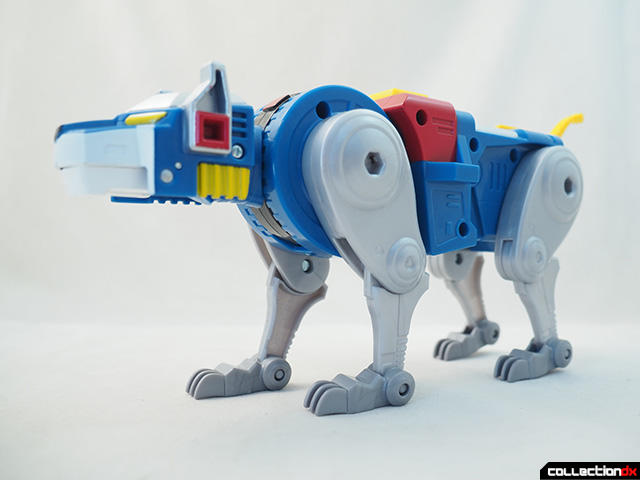 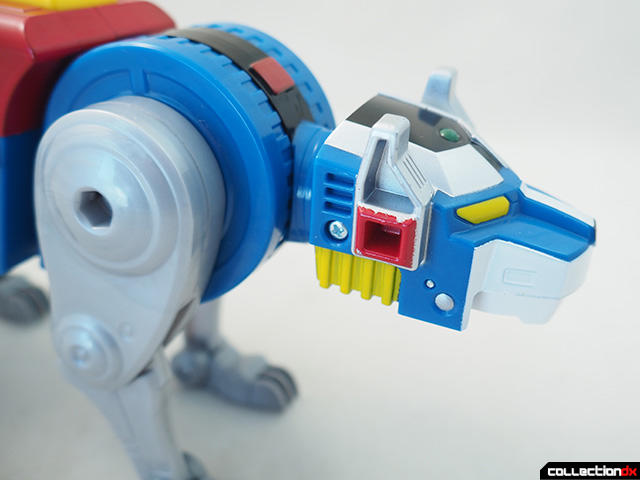 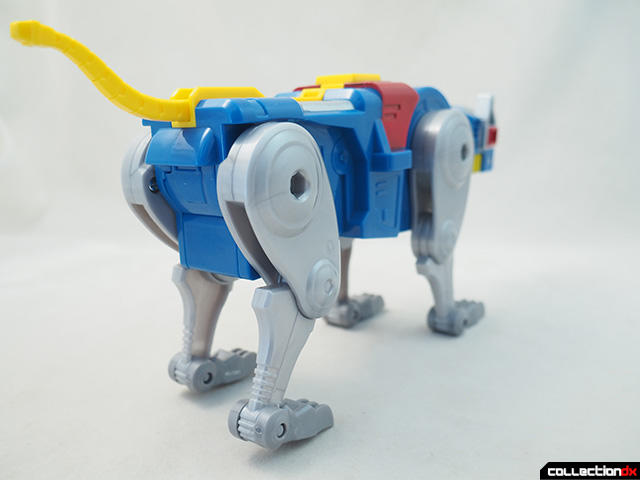 Like the other lions, the Blue Lion has a compliment of weaponry. There's the mouth blade which holds in place via a tab. 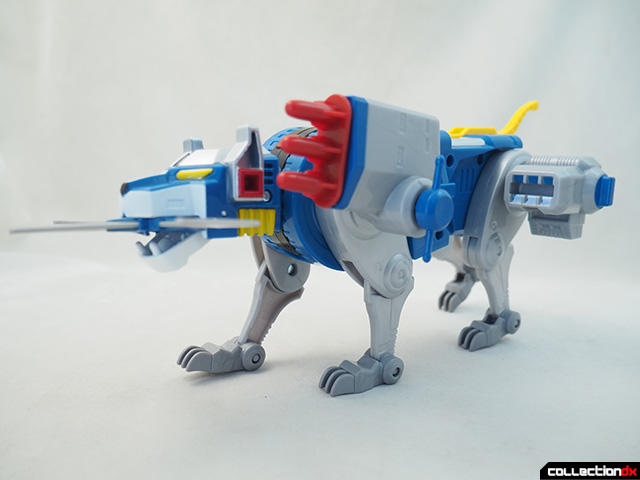 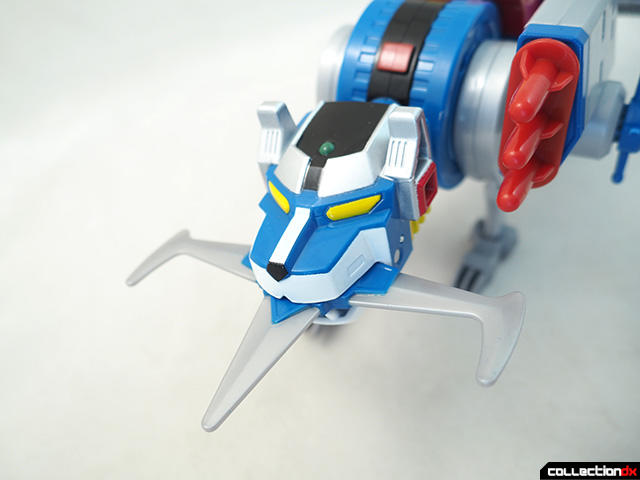 There's a shoulder mounted missile launcher, which fires one missile, molded to look like three. 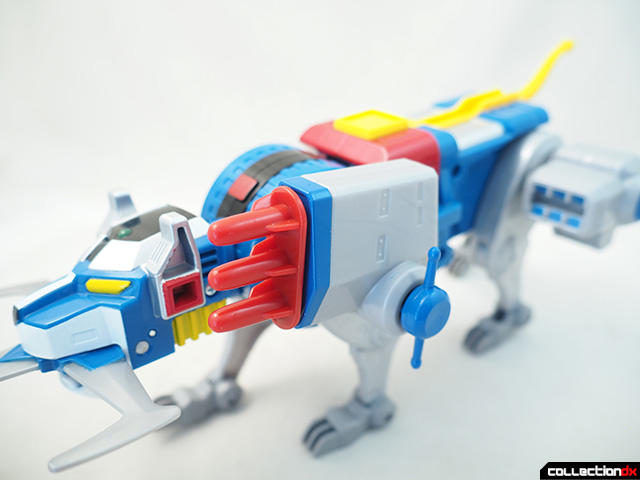 And there is this thing. I like to think it's an air purifier. 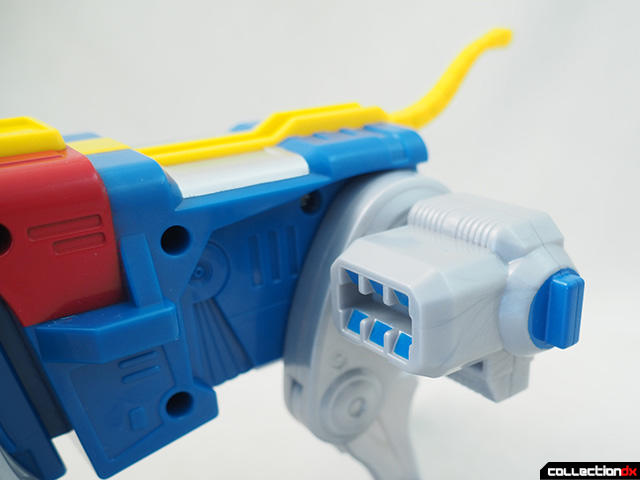 Next up, the Black Lion!

And buried right in the middle of this review is an Amazon ad for the Blue Lion priced at $26.99!

I'm glad that at least the shade of blue is correct with this. When Trendmasters had the license in the 90's, the blue was way too dark (also the Green Lion was the wrong shade of green as well).