When I last posted about Famosa jumbos, it was believed at the time that their version of Daimos may never have been released because it was quite rare and no one had ever laid eyes on an example. There was only a picture on the side of a box. In the three years since that review was published, however, a few examples of the toy have come to light and I was fortunate enough, with the help of a good friend in Venezuela, to get my hands on the first one I saw. 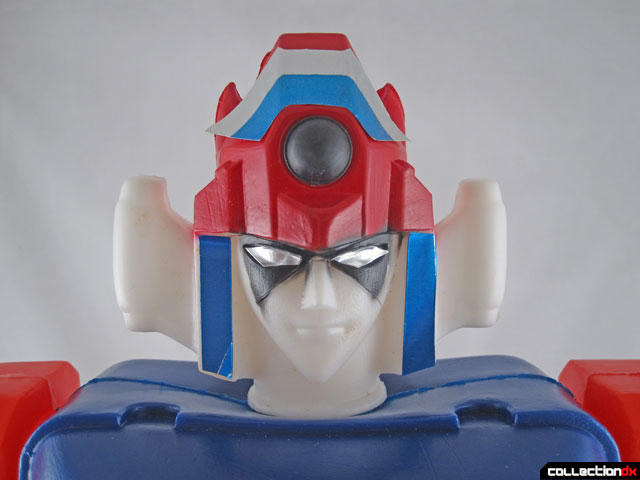 I know sometimes reviews of simple toys, especially ones that are essentially the same as ones I've already reviewed can be a bit redundant, so I sometimes like to spice them up with what I hope are interesting facts about how I came into possession of the toy. In this case, two things stand out to me.

The first was that the friend who bought this on my behalf did so even though he did not yet have this toy for his own collection! He could easily have decided to buy the toy and keep it for himself and I don't think I would have blamed him one bit if he had. Remember, it was the first time anyone had ever seen it. That's not what he did, though, and I'm eternally grateful to him for helping me out. (Fortunately, I believe he was able to acquire one for himself later.)

The second thing I remember about it was that after my previous disasters trying to get toys from Venezuela through US Customs intact, I decided to take a different approach and had the toy shipped to Sanjeev's work, in the hopes that perhaps if it's destination was a corporation rather than a private citizen, then customs would be less inclined to disturb the box. As I recall they did open the box, but barely touched it's contents and no harm came to it. I have used this tactic at least one more time to good effect.

OK, so what about the toy? Well, there's not much to say that I haven't already said in other reviews. It's nearly identical to the Nacoral Daimos. There are very few minor differences to make it unique. I think the paint used on the head of the Famosa version might be a slightly darker red than on the Nacoral and the blue plastic seems a bit brighter but beyond that, they are essentially the same toy. 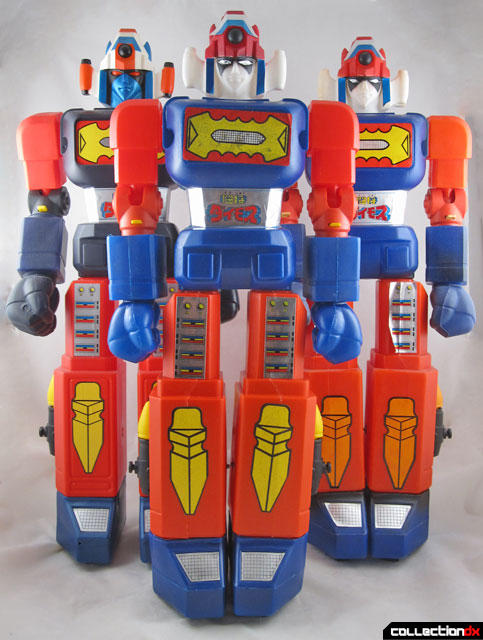 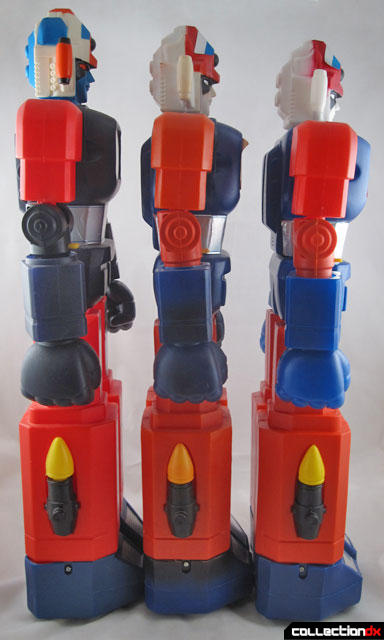 Of course, it still comes in the same box as the other Famosa jumbos. The top of the box is checked in the appropriate place. 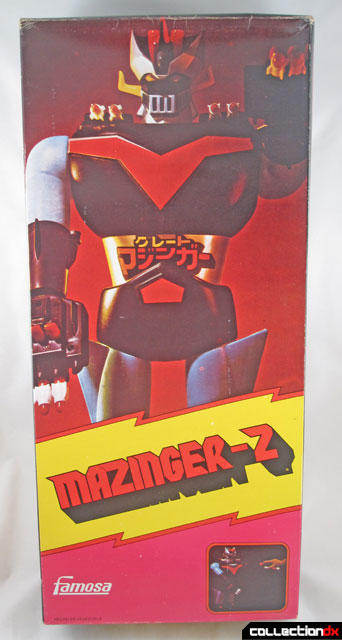 With the acquisition of this piece, I finally had a full set of Famosa jumbos to correspond to the Shogun Warrior and Nacoral versions, but there was still more from Venezuela I needed...

4 comments posted
He's got a face that tells

He's got a face that tells the world, "I AM BATMAN... Or possibly Robin. Most probably Nightwing."

Being a former microman collector I must say that group shot looks awesome. I've seen tent seams in your older reviews, nice to see all that without blowing the edge of the setup.

I case anyone is wondering about the name "Lanza Cohetes, it means "Rocket-Shooter"

the others on the box are pretty self explanatory but the one that says Puno, means is shoots fists

It can be really hard to squeeze jumbos into my light tent, especially if they have wings. I could probably use a bigger one at some point.

Good point about the translations, too. I'm not sure if I ever mentioned it in any of the earlier reviews. Most of them are indeed pretty easy to deduce, but it's good to know the exact meaning. Thanks!