So maybe the standard size Marusan Godzilla is not your thing. Maybe you preferred the big Bullmark toy seen in Godzilla vs. Hedorah. Well, not to worry, there is a big blow molded bootleg of that one too. 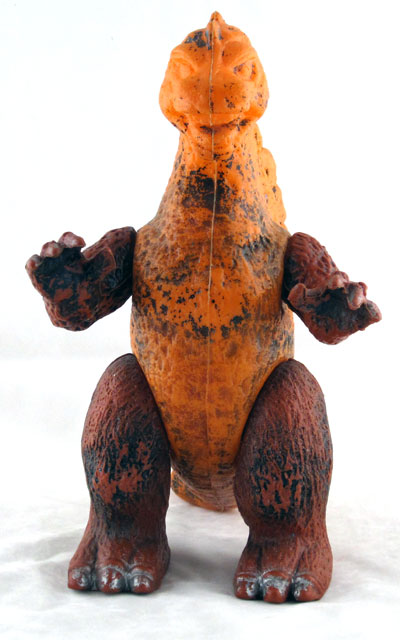 I got this toy at around the same time I got the other one and it's discovery (to me, at least) happened in nearly the same way; it was in the Super7 issue, not noted as being blow molded and I just happened to see it by accident, while searching for more information about the Marusan one, actually. In fact, I found a completed auction for this very toy that ended with no bids and I thought I had missed out. But fortunately, it was re-listed shortly afterwards and I bought it. 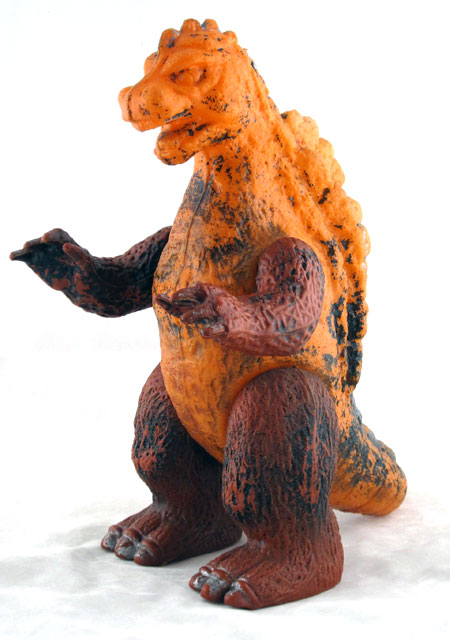 This guy is 12.5" tall and articulated at the hips and shoulders only. The legs are a little loose, but not as bad as my Marusan one and the arms hold their positions perfectly. The only problem with the condition of this one is that a lot of paint has chipped off over the years. The eyes in particular are completely missing. I briefly thought about repainting them, but quickly decided against it. 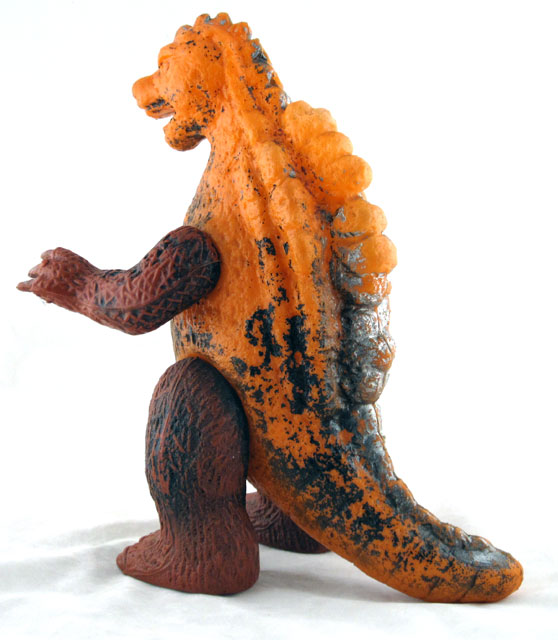 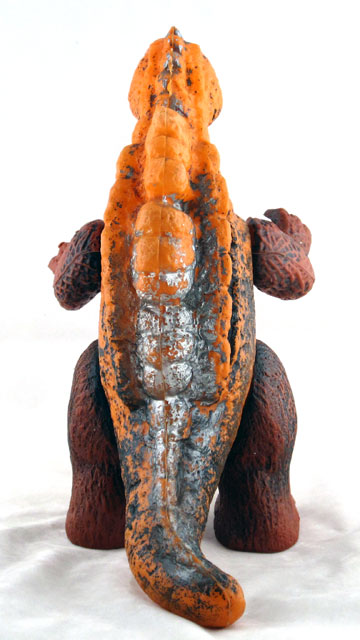 This version is made out of light orange poly for the main body with a darker orange for the arms and legs, but there exists another version that is all dark orange. Interestingly, this guy differs from the original scuplt (check out JoshB's review of the B-Club re-issue here) in that the fins on the back have been shortened and rounded off. 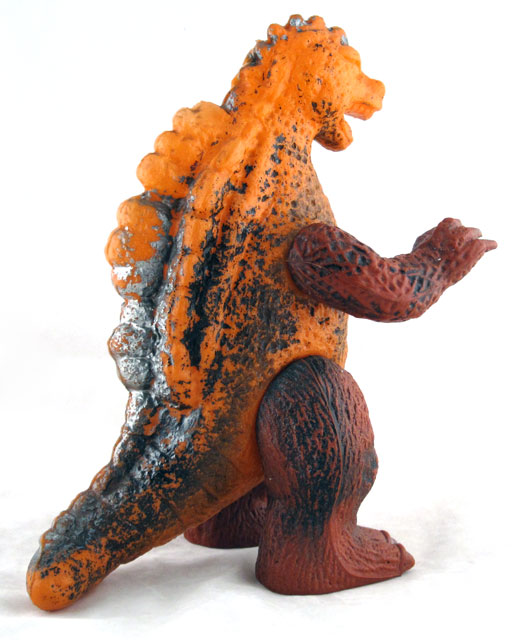 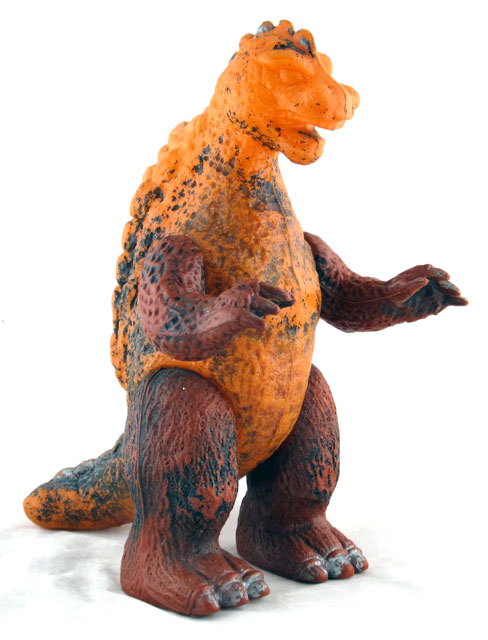 I've done plenty of reviews in the past about cheap blow molded robots so it may surprise you to read that I never really thought about actually seeking out just toys that were blow molded, regardless of genre. I never really gave much thought to blow molded kaiju or monsters or hero characters and vehicles. But there's a lot more out there than I had ever realized. I've already added Red King and a couple of Ultramen to my collection of Japanese blow molded knockoffs and I've heard that there is even a Baragon as well. And of course, the very rare Supersol kaiju toys from Argentina, a country where nearly every toy is blow molded, are on my shopping list as well. Hopefully these guys are just the beginning! 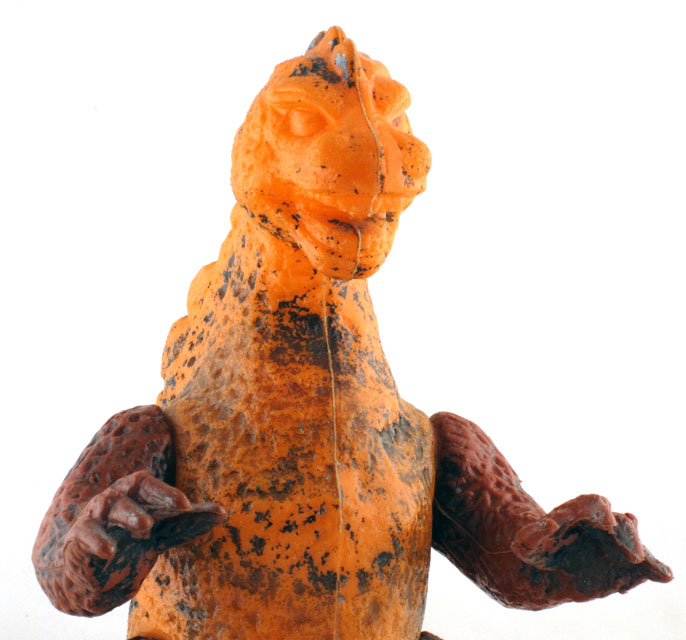 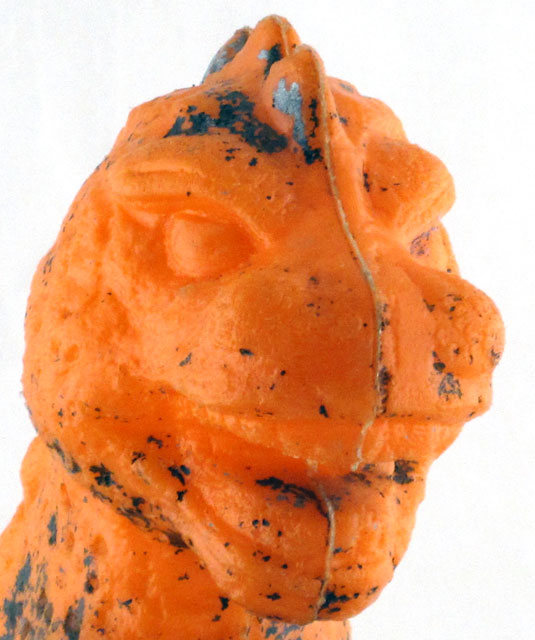 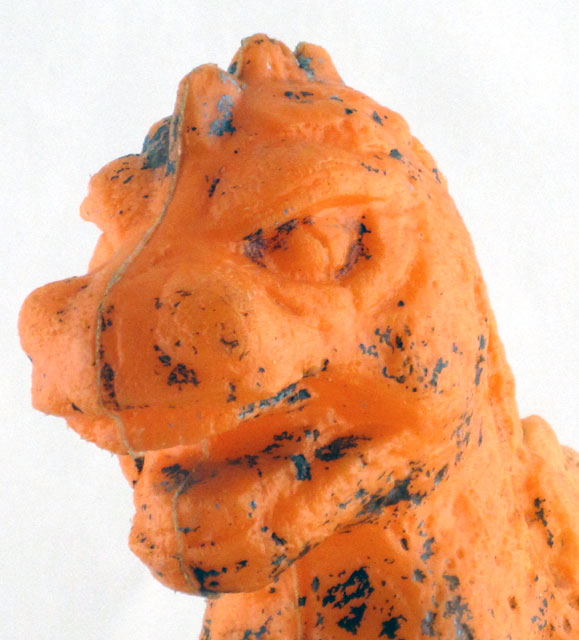 I've always assumed you were specifically a Blow-Mold collector... how could you have that much blow just by accident?

Looks like Godzilla melting down from Godzilla versus Destroyah.