A very significant entry into the line of carnival machinders is the 18" Super Robot toy. Like the 12" version, it is meant to represent Getter 1, although it is a different sculpt. The plastic on this one is thicker, but other than that it is of the same poor quality. Only three points of articulation again, at the shoulders and neck. The details on the face and elsewhere are again simply crude sticker designs. 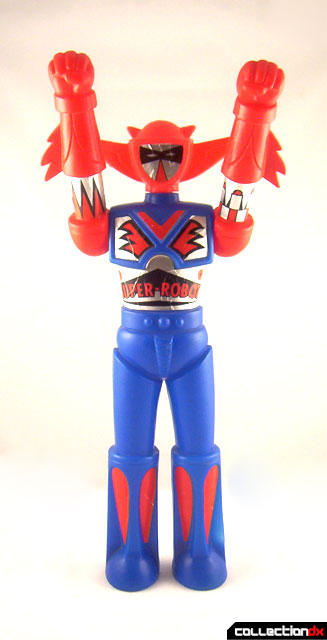 With the poly on the feet being thicker, this is sturdier than the 12" Super Robot and isn't likely to bend and fall over. Again, there is a sticker on the left arm that depicts Machinder missiles. 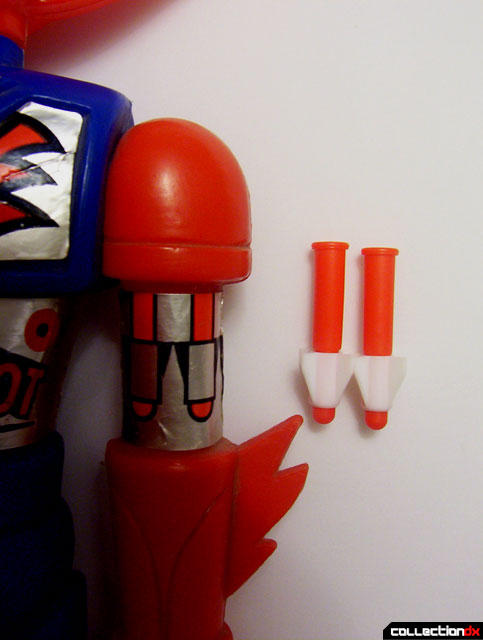 It's interesting to see that though Getter 1 is the character being mimicked, there is a "V" sticker on the chest, much like Great Mazinger. I've so far managed to acquire two different specimens of this toy and one is missing that sticker. I bought the second one to upgrade to one with the complete stickers, but when it arrived I was surprised to see that it was cast in a darker blue than the first. I couldn't see this in the auction I won, but was overjoyed to discover it in person. Especially since I had actually lost the auction for the toy, but the person who won it never paid and it was then offered to me. Had I realized it was different than my existing specimen, I would have bid much higher in the first place! 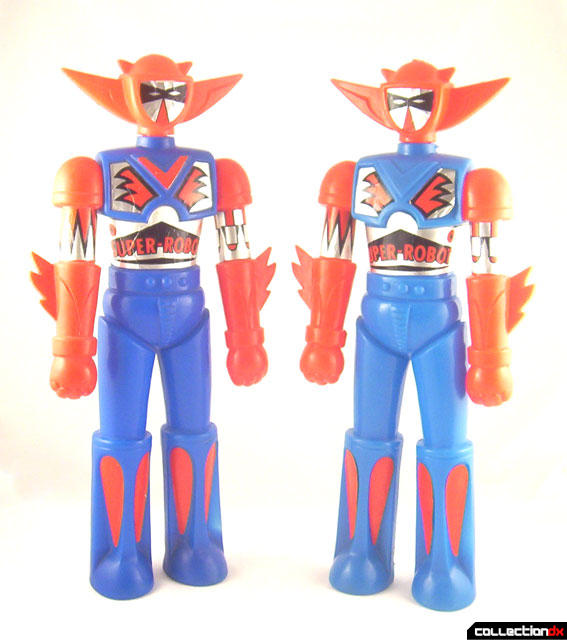 Though this is again a very cheap and ugly toy, it's size may make it more appealing to fans of large sized robots. At 18" tall, it is the second largest Carnival Machinder, trailing only the 20" Cosmos 2000. 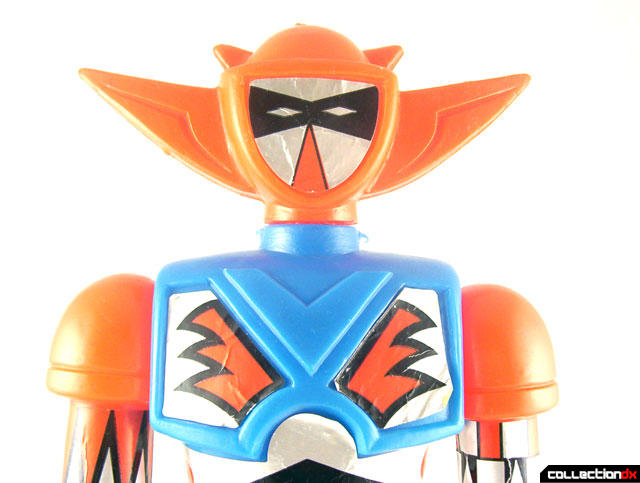 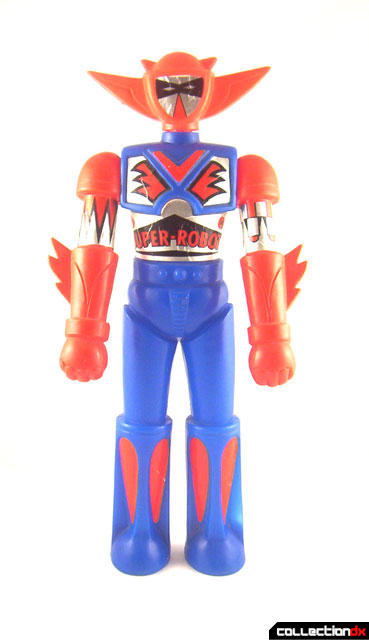 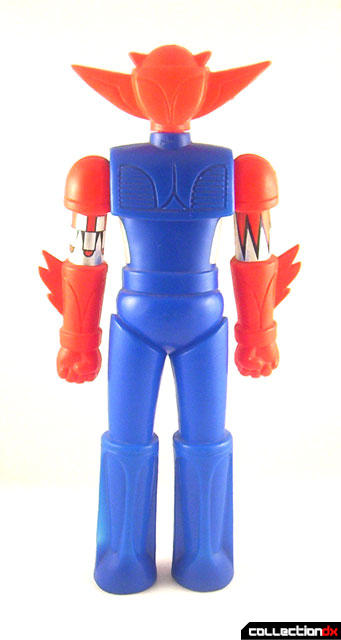