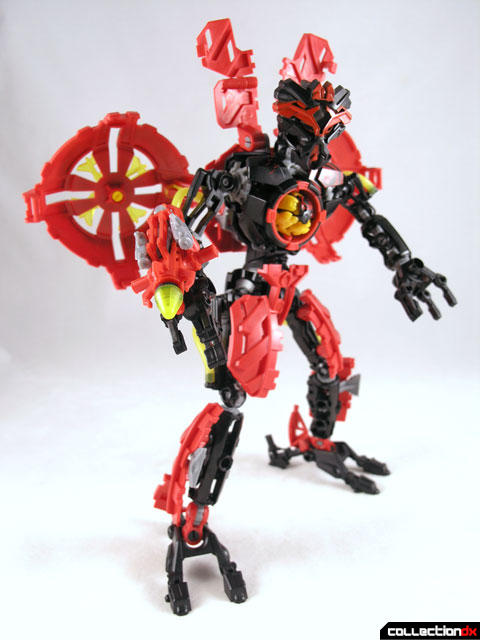 In Robot mode, BlazeAxx is an imposing figure. His face design is reminiscent of the designs from the recent Transformers movie. Behind the mask is a large glass ball that lights up when the button on the back of the head is pressed. I’ll be honest – I like the look of the head without the mask better. 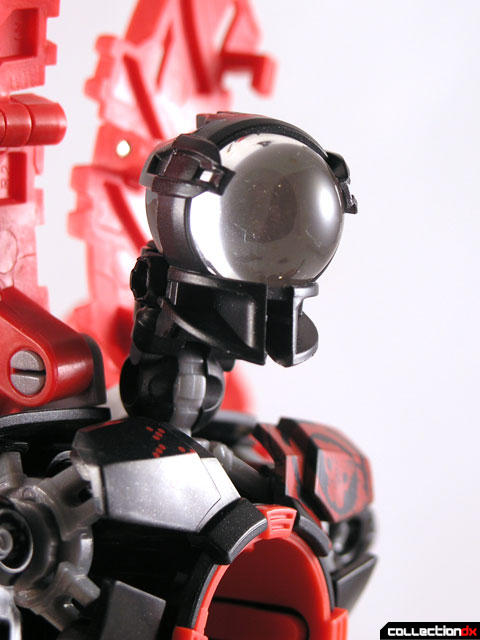 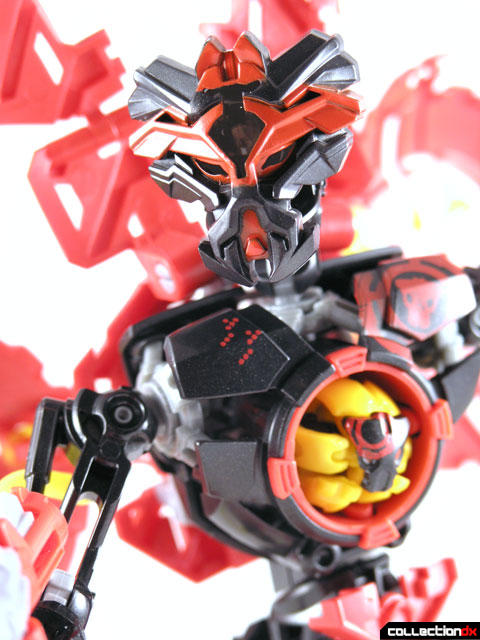 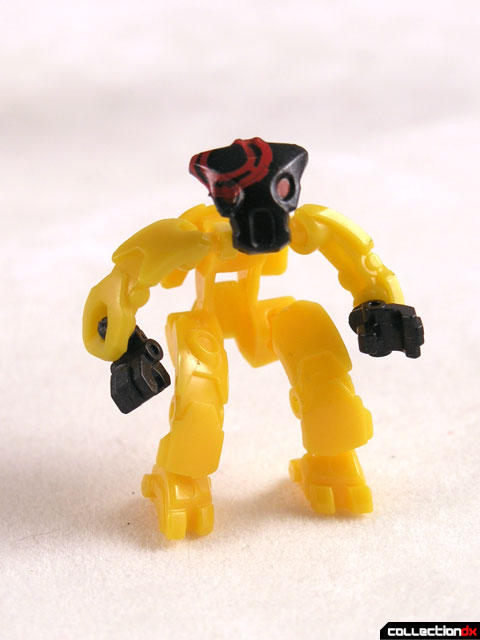 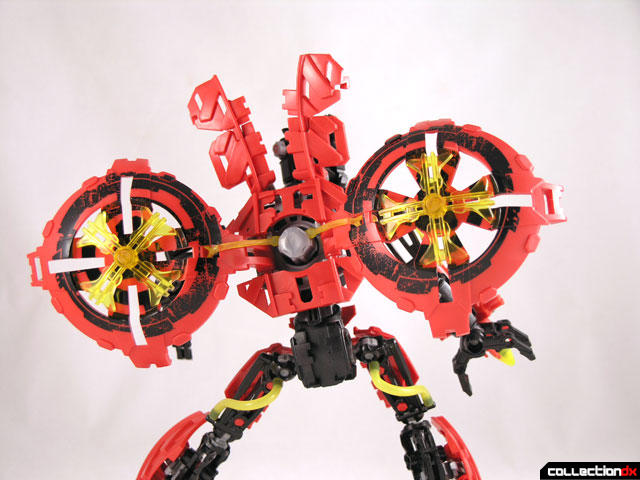 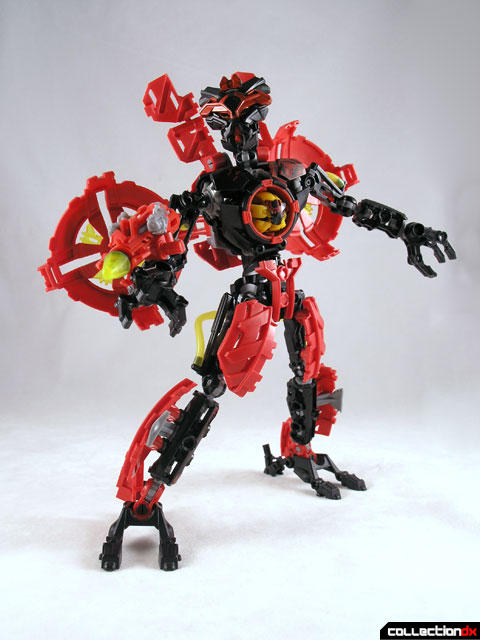 BlazeAxx formed from an experimental military research satellite that used infra-red shock beams to locate and disrupt force fields in order to destroy other satellites. Constantly exceeding his Hydrax threshold to make himself more powerful, BlazeAxx poisoned his logic and became a fierce fighter.

2 comments posted
Reminds me of an upgraded

Reminds me of an upgraded Bohrok from Bionicle- changes into a ball, has a rubber band-powered feature, and includes a mask that can be attached/removed- except bigger and more articulate.
------------------------------
CollectionDX Staff

...I hate you for making me want these!

You seriously need to stop with these "real toy" reviews! ;)