Beulah hails from the 1956 low budget science fiction invasion film "It Conquered The World", directed by the legendary Roger Corman. In it, a scientist conjures a monster from the planet Venus, which then proceeds to try to take over the world, by way of controlling people's minds. The film was remade in the 1960s as "Zontar: The Thing From Venus".

Last year, Ultratumba Productions released this fixed-pose pre-painted resin statue of the monster from the film. It would be a welcome addition to most monster fans collections since there was not much else released based on this character. 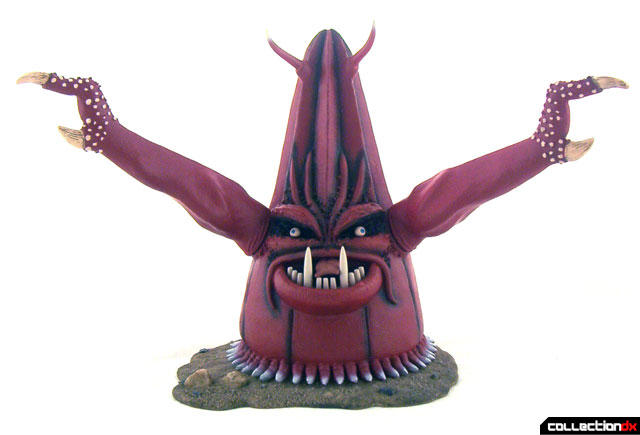 I only know of two other three dimensional representations of Beulah, but both were unpainted and un-assembled model kits. While the piece here does require a small amount of assembly, it is essentially ready to display right out of the box. All you need to do is attach the arms to the body. The connection points might need a little bit of sanding, but basically, you can just glue the arms right on. It's so simple, even I managed to do it. ;) There are six parts included in the box; the main torso, 2 arms, the base, a nameplate and a flying "mind control unit". 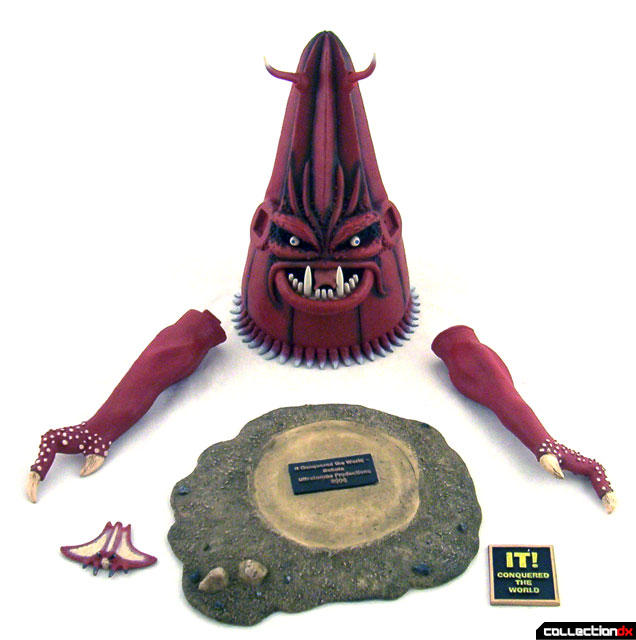 The completed piece is VERY impressive! The sculpt it beautiful and immensely intricate. I can't even imagine creating something like this. The individual bumps in the face, the eyes, the teeth, the tongue.. all beautifully crafted with no detail left unaccounted for. 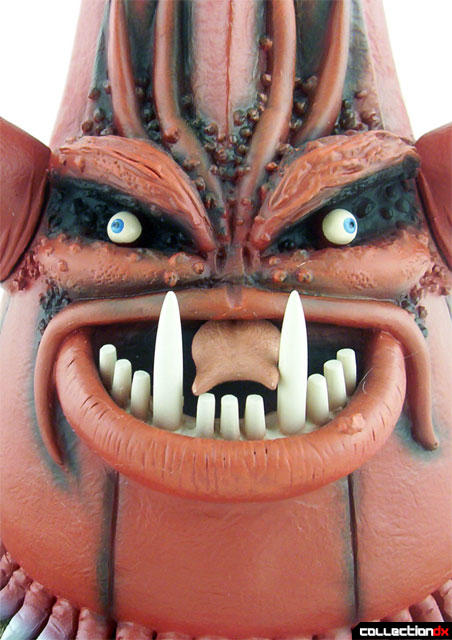 When resting on her base (yes, Beulah is female), the statue is approximately 10.5" tall, but seems much bigger than that when you put it on your shelf. With the beet red coloring, outstretched arms and menacing glare, your eyes tend to get drawn right to this piece. 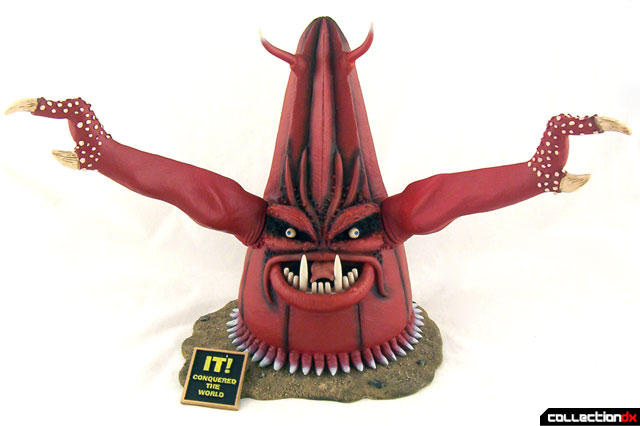 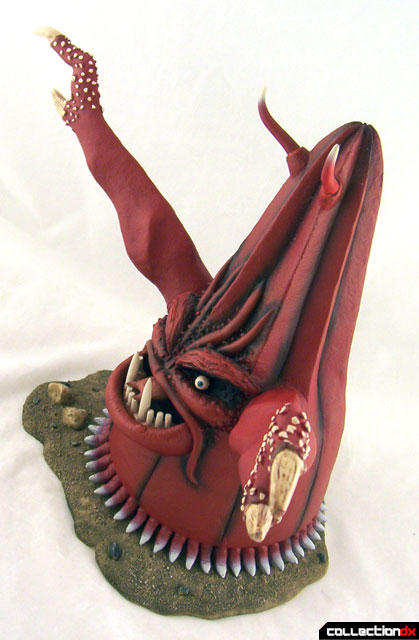 The base, nameplate and mind control unit are all nicely made and welcome additions. If I had any gripe at all, it would be that there is an exclamation point after the word "It" in the title. Not sure why that is, but it reminds me of the advertising for the movie "It! The Terror From Beyond Space".

Beulah comes in a full color box with a clear window. The packaging somewhat mimics the original poster art for the movie, but the effect is diluted a bit by the presence of the styrofoam tray that the kit rests in. I wish the box was cut out around her body so you could only see the monster. No big deal, though. 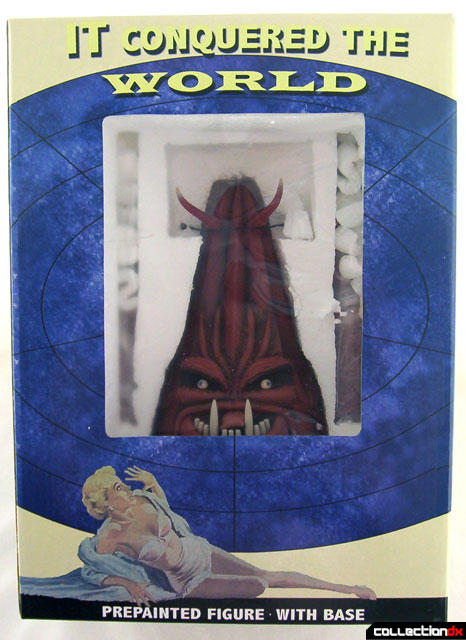 Limited to only 200 pieces, the box is numbered and signed by the sculptor, Paul Schiola. At only $65, Beulah is a great value for monster fans and highly recommended. Incidentally, no QC issues here at all, like I had on my Tingler. In fact, I mentioned that to Paul and he totally offered to make it right, in case anyone was wondering. I'd have no reservations buying from him. In fact, his next project looks very enticing... a pre-painted monster from "Invasion Of The Saucermen"!!

Nice review..I'm gonna have to pick this up..I wish they made more of these classic monster kits pre-painted.I have no painting skills whatsoever

A great vinyl here! I'm wondering, have you seen many if these films of the toys you review such as this one?

I hear you two on painting Vinyls, I've been building model kits as long ago as I can remember and painting figure kits are usually the most hardest items to duplicate if you really want them to look good. Why don't they do a run of both kits for the modeler and painted vinyls for the collectors? The paint job on this one looks great and I love it when they throw in little extras.

I've seen most of the movies, but certainly not all. I still have not seen The Day The World Ended, but I did finally get around to seeing The Mole People (and it was GREAT!). Otherwise, I think I've seen everything I've reviewed for monsters. There's a few things coming out this year and next that I think I'll need to see though.

I wish there were more pre-painted stuff myself, too. Of course, you can sometimes pay someone else to build and paint them. I'm not sure what it would cost though. I may have to look into it since there is gonna be a glow in the dark Big Frankie coming out.