In "The Wolf Man", Bela Lugosi portrayed a gypsy fortune-teller also named Bela. His role is small but significant, as it is he who infects Larry Talbot with the curse of the were-wolf.

The 12" figure by Sideshow Collectibles is nicely done, but may not really be a vital part of your monster collection. You wouldn't even know it was related to the monster genre without having seen the movie. In that way, it's similar to the Larry Talbot doll . Nice in and of itself, but still remaining somewhat outside of the realm of monster collectibles. 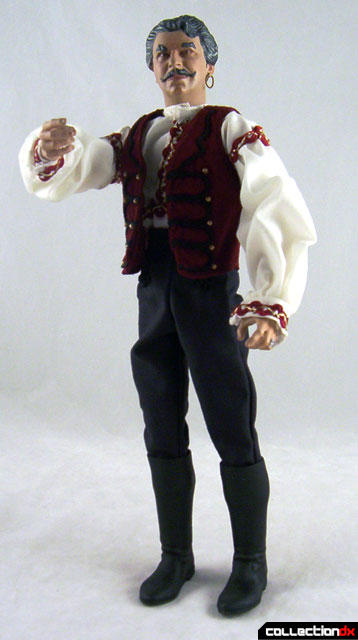 The doll looks great overall, but he wears something of a slight smile that belies the sense of dread and menace that the character in the movie exuded. 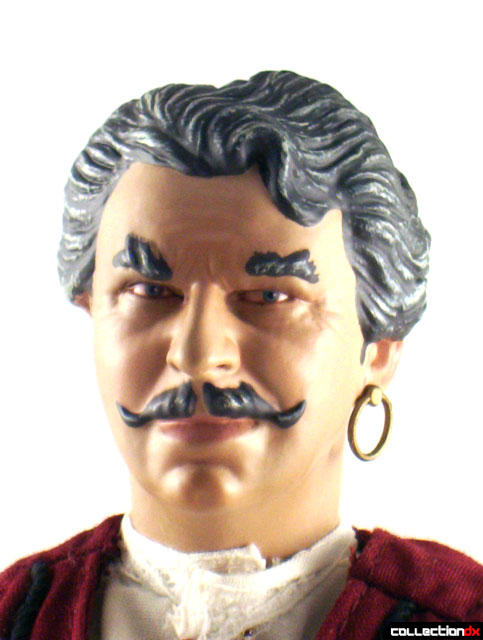 Bela comes with a pipe accessory as well as three sets of Tarot cards. Each set does feature cards with individually printed artwork on each! 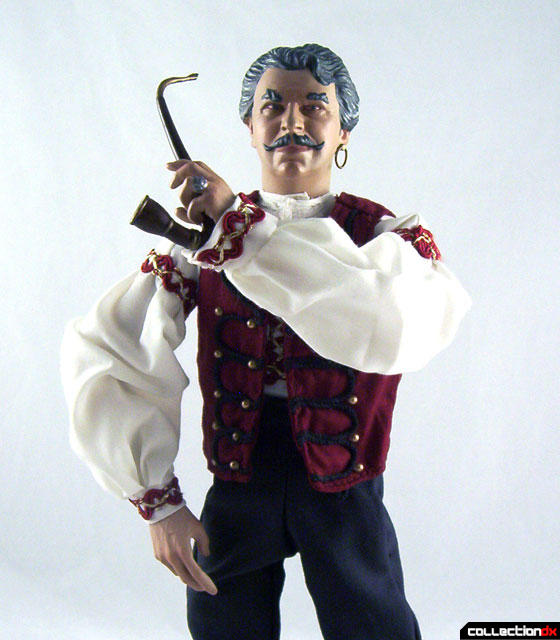 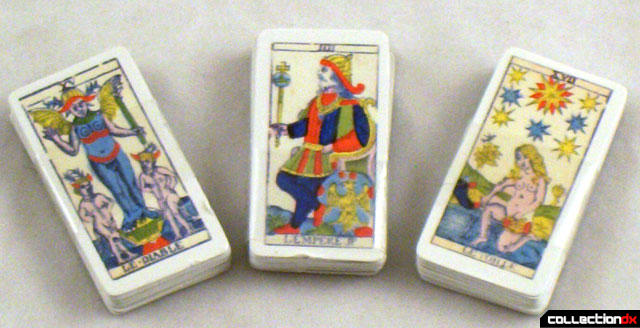 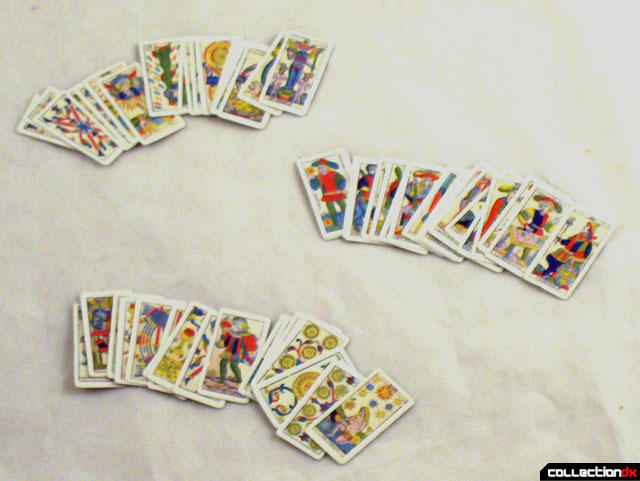 The interior of the box has some nice imagery of the dark forest, which made me think it would have been cool if all the boxes has some nice sort of cutout displays that you could place behind the figures. Of course, most adult collectors probably wouldn't cut them out even if they did. I know I wouldn't. 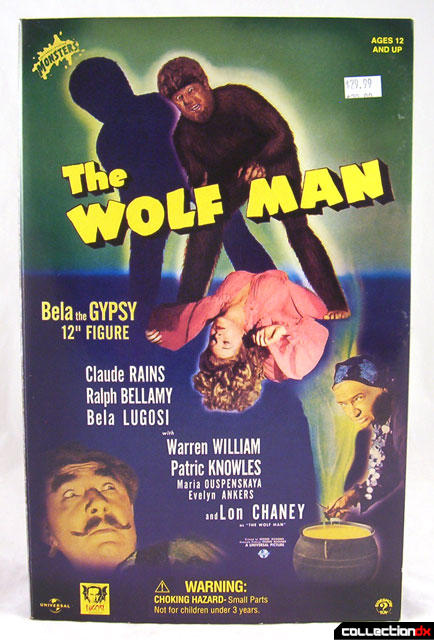 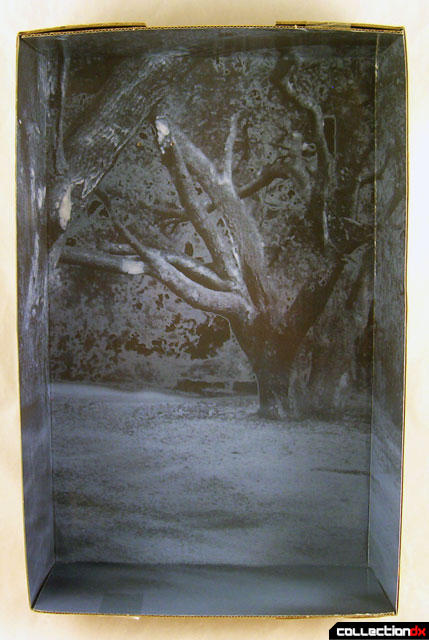 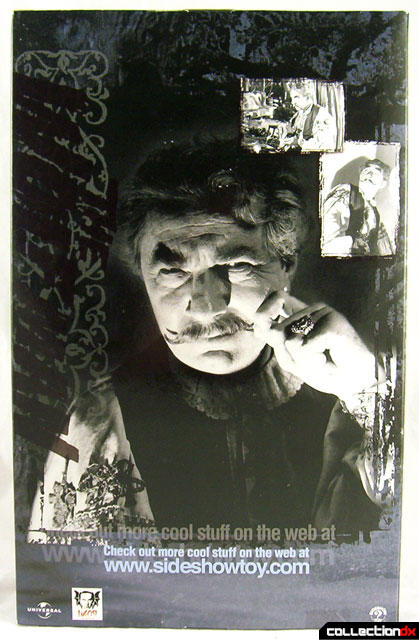 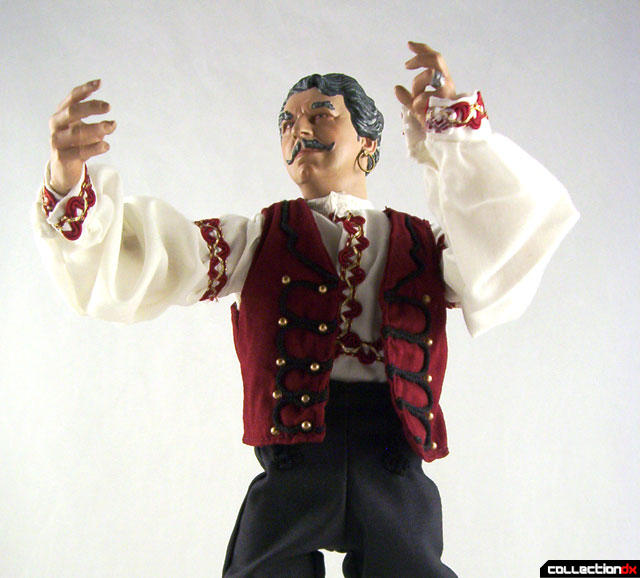 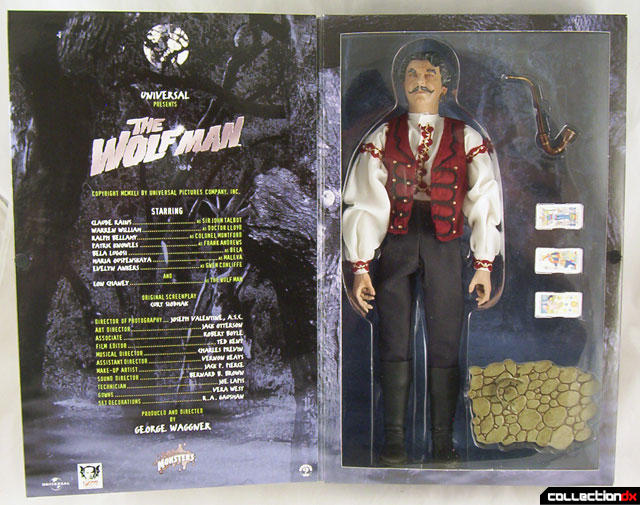 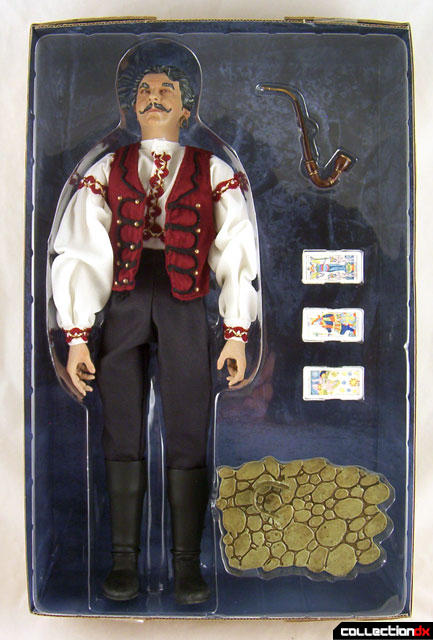 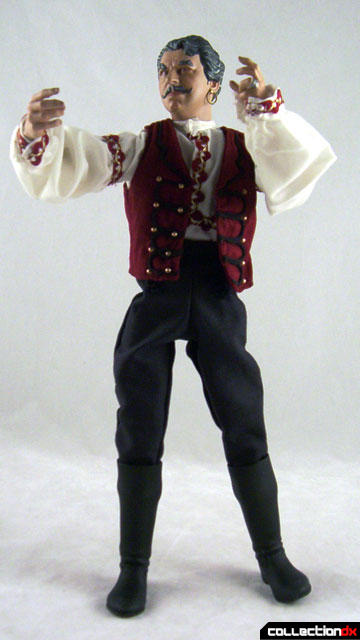 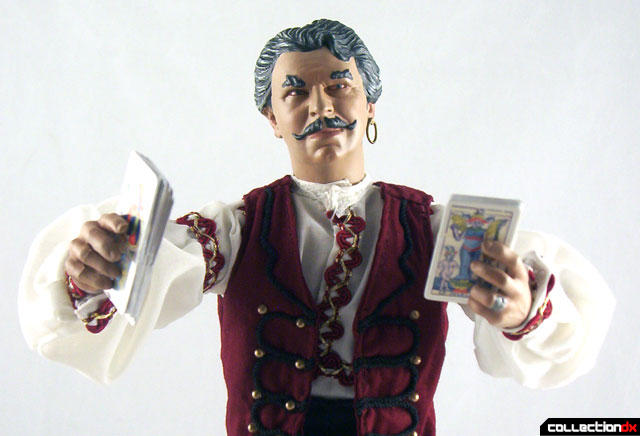 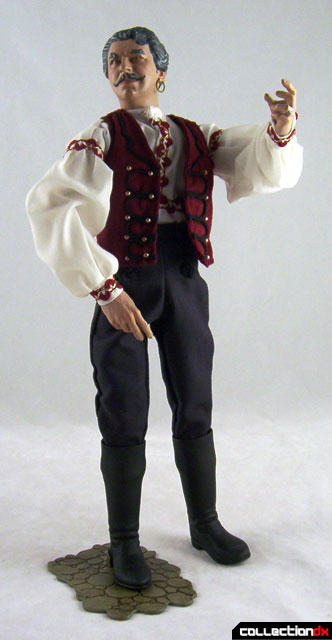