This one is a true mystery. I got this off of a random YahooJapan auction long ago, and I initially thought it was a bootleg of Gold Lightan, but closer inspection reveals that this is a completely different design.

Yes, it is a transforming lighter. But unlike Gold Lightan, this lighter actually LIGHTS.

For lack of a better name, I'm just calling this Æ. It's a completely diecast robot made by a company called Beetland out of Japan. Beetland has made other character lighters such as Godzilla in the past, but they are not a well-known company. They mostly create non-character collectables.

I have been unable to locate the source of the Æ logo. My thought it is probably a promotional item either given out to Beetland employees, or perhaps made for a pachinko parlor or something like that. If you have any info about the Æ logo (it looks so familiar!), please let me know.

Now, about the toy. Like I mentioned before, it's entirely diecast metal and only 2 inches tall in lighter form. 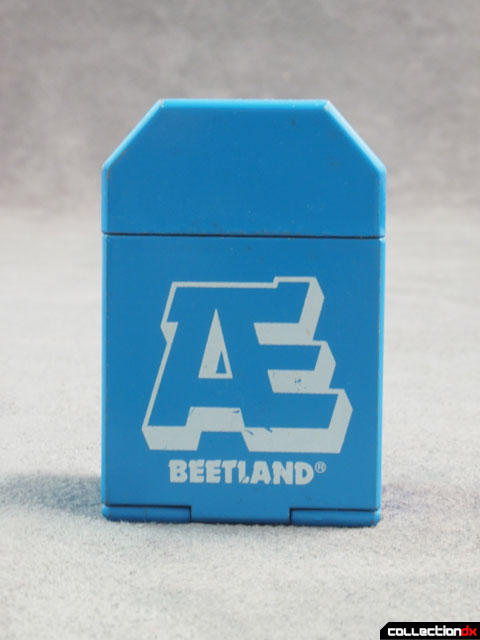 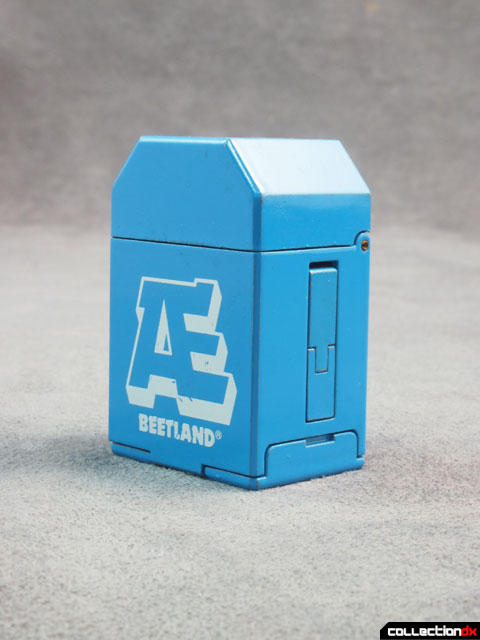 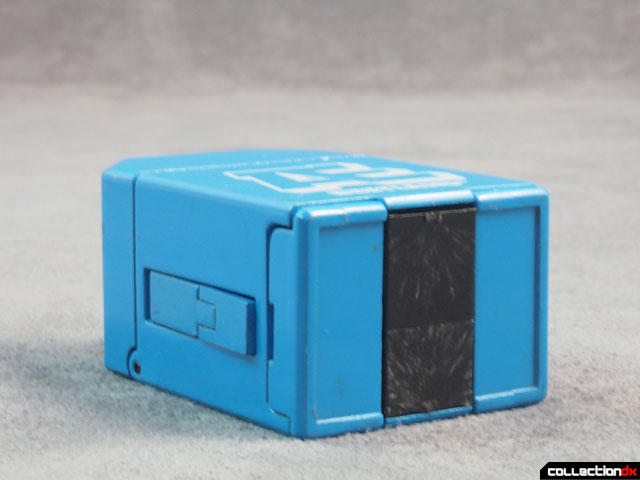 You can see a comparison in size to the Popy Gold Lightan (Reissue). 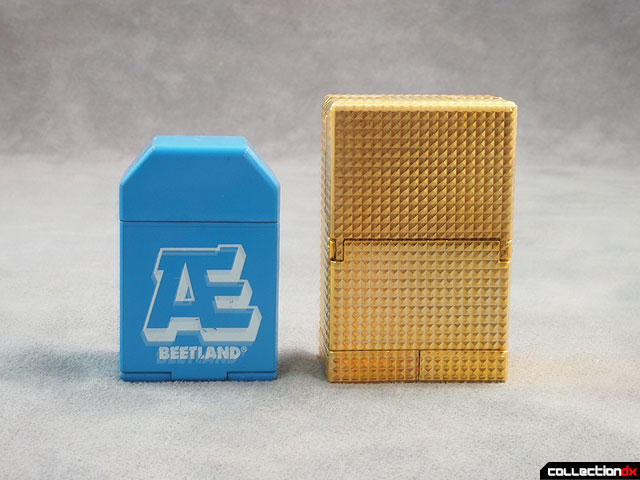 In robot mode, he's a stocky little thing with little articulation. The shoulders swing out and there is a slight bend at the elbows. It's possible they can move a bit more, but I don't want to force it. 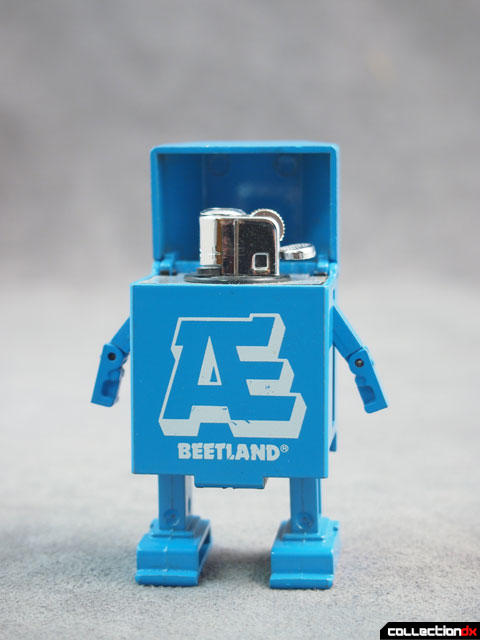 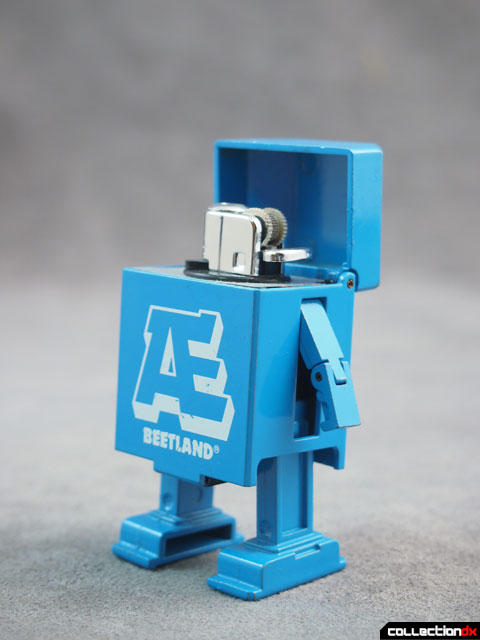 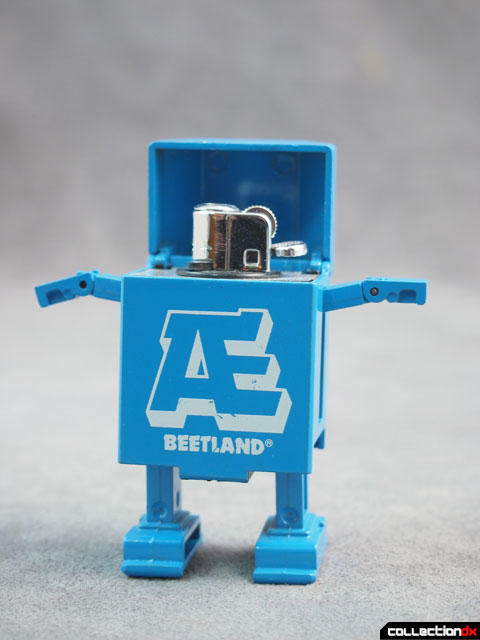 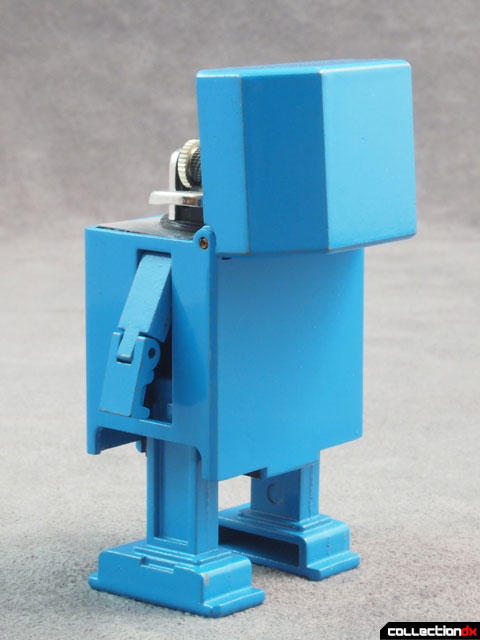 Like I mentioned before, this toy actually works as a functioning lighter. It's got your standard Zippo-style lighting mechanism. 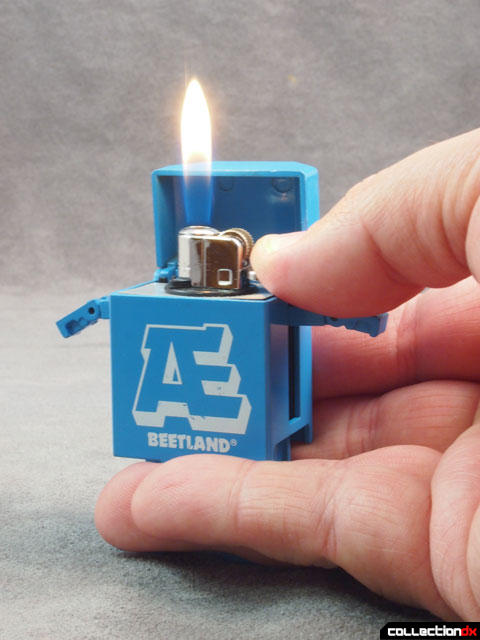 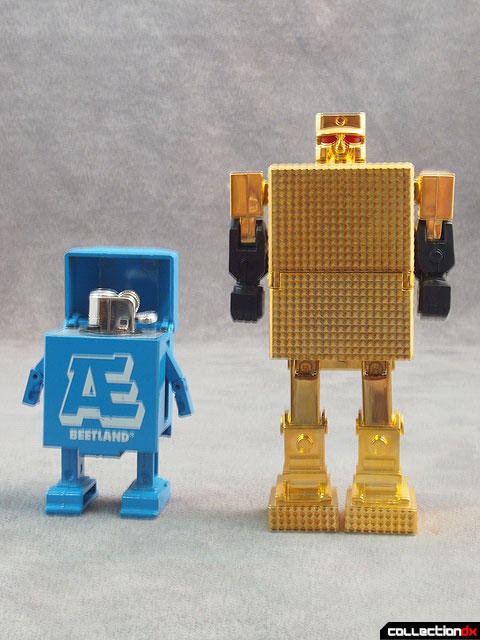 Any help on the identity of the mysterious Æ would be helpful!

I think its the Anaheim electronics logo out of Gundam Universal Century.

After about a half hour of looking I've got a pretty good list of things it's not from.

Oh man I love lighter robots, hence my silly amount of lightan figures, but Ive never seen this one. I love it

.. i was way to slow to post :/
In my mind I hope it´s an Anaheim Electronics logo from Gundam - the light blue / white color scheme seems to fit, even if the font is not correct. Still, one can hope :)