Baxter Stockman is an absent-minded and, well… ridiculously incompetent (former) employee of TCRI. Having been fired over a broken copier, Benny Stickleman has sworn revenge against his parent company and pursues said vendetta with a power-suit made from his own design (and pocket). After being quelled by the Turtles and being upgraded by the Kraang, he now works—begrudgingly—for Master Shredder.

With this, Playmates gives us Barry Sumplemar from the 2012 animated television show Teenage Mutant Ninja Turtles. Becky Statesboro is a fun little figure with good presence and playability. Being a silly character in an awesome power-armor, what’s not to love here?

Aesthetics:
Billy Stampers is a very gray toy; however, said gray is not what I would consider a boring or empty gray. It is dark enough to look intentional, not money-saving; it also has a slight sheen to it to make it resemble a dull metal rather than plastic. The red—though simply splashed on some parts—does a nice job breaking up the monotony. 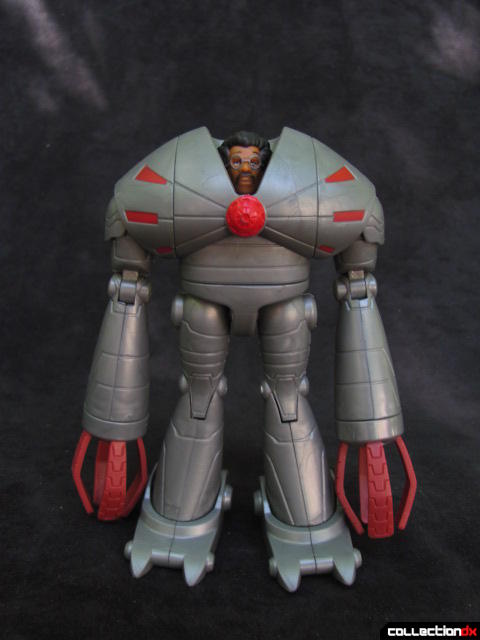 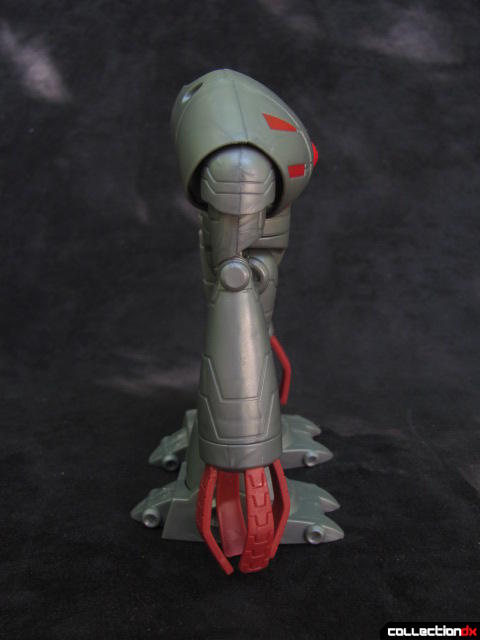 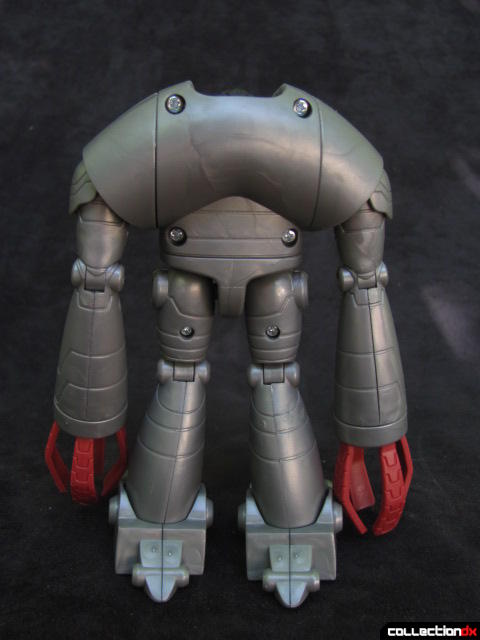 There is a good bit of sculpted detail on Beatrice’s armor. Many etched grooves, lines, and bolts adorn the suit. His grabby-hands (of doom) look jointed and segmented which is a nice addition. These details are nice and deep so a good bit of weight is exuded. He quite well emulates his animation model save for proportions and size, limitations of the price point of the toy. 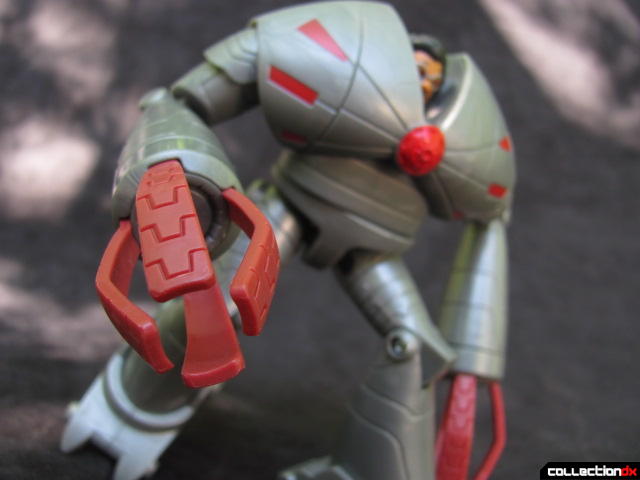 Bailey Steaplemill’s face gets good attention, too. His face has sculpted glasses and a raised mustache and hair. All his paint apps here are clean and well applied.
He looks simply enthralled. 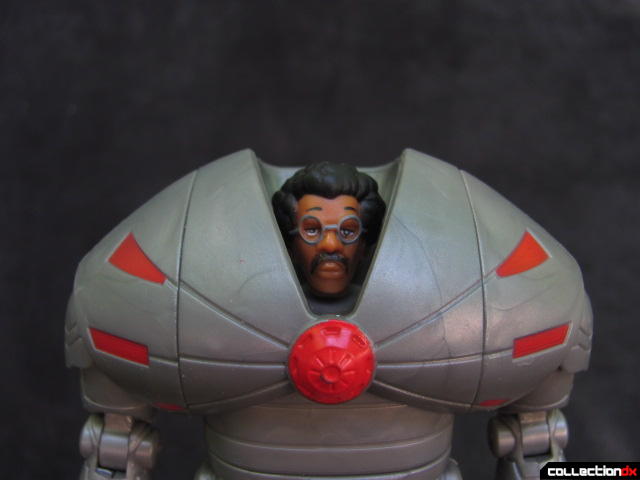 If I have one personal complaint about the aesthetics here, I’d say it is the red paint. Not only is it simply thrown on in the middle, it’s a very boring shade; nothing is more uninteresting than web-safe colors. In the show, Bumple Slargorb’s red detail is more of a vermillion with a fuchsia glow. Something even remotely close to that would have been better here. Alas… 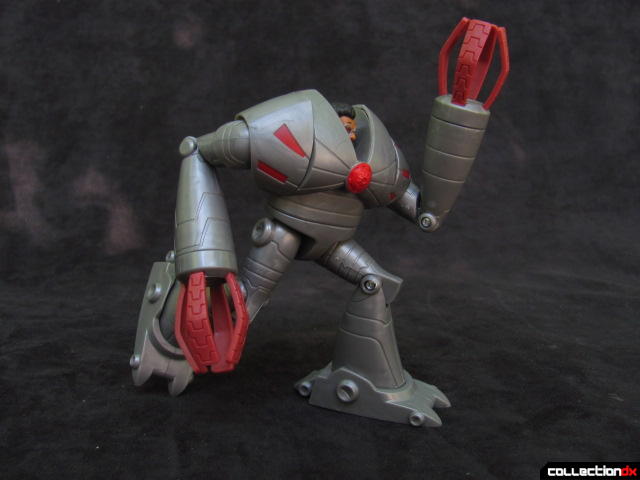 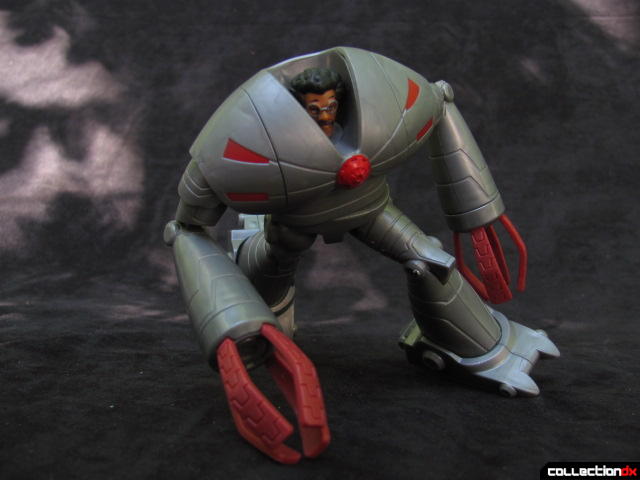 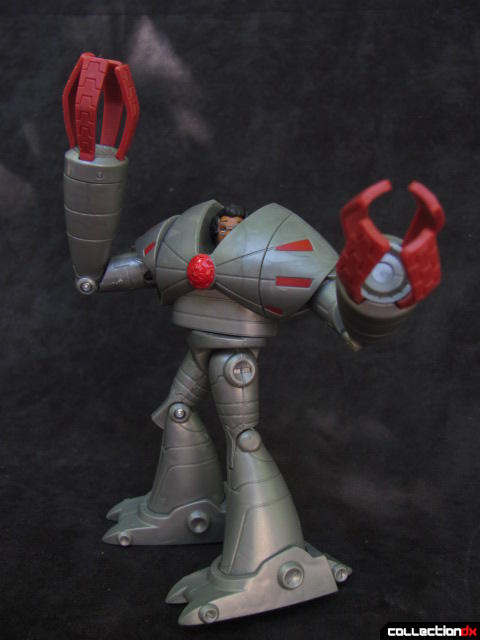 With an elbow swivel and feet movement, this figure would quite literally have it all going on. Bruce is well balanced, so posing is fun and interesting; I find myself messing with him quite often, and that’s very rare for me to do with a toy. 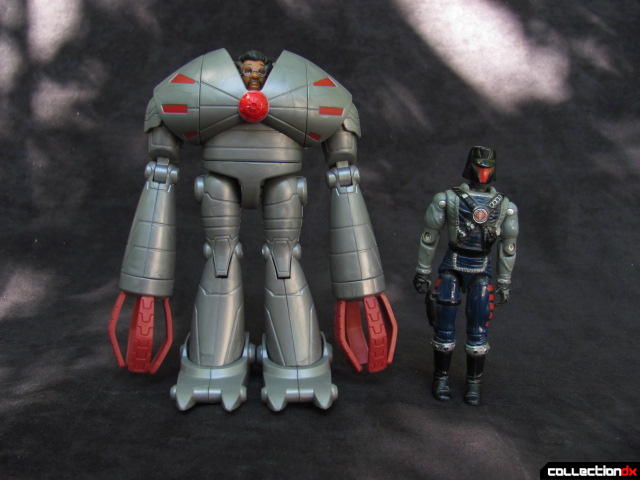 This height and mass makes him extremely out of proportion with the other characters in the line, however.

Accessories:
Brock Sampson comes with no accessories (though his robo-feet are separate in the package and must be attached). 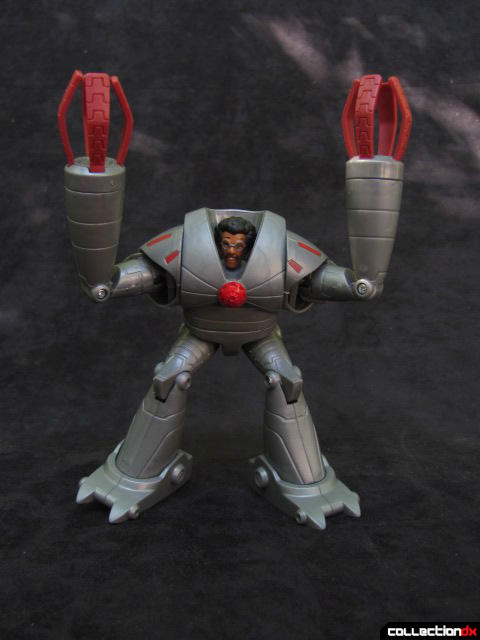 Closing Remarks:
Baxter Stockman is a fun figure to say the least. He’s got a nice sculpt and expressive poseability that just makes you want to pick him up and play around with him. Though a tab bit plain in the paint department, Bill Stanley is an accurate depiction of his on screen counter-part and a well made toy. If you’re a fan of TMNT, robo guys, or Phil LaMarr, then this toy is for you.

3 comments posted
We put our faith in Blast Hardcheese

Today I learned that Stockman's original appearance in the comics, which I never read, was as a cyborg, and not a fly. The more you know!