Battra made his only appearance in the 1992 movie Godzilla VS. Mothra. Despite the G-man sharing the movie title with Mothra, the movie’s story focuses mainly on Mothra and Battra. So the movie really should have been called Mothra vs. Battra feat. Godzilla.

Many thousands of years prior to the 90’s, Battra had been created by the spirit of the Earth. Battra’s original purpose was to defend the Earth from any threats, including a weather-controlling device that the humans had created.  When Battra goes out of control in its mission to destroy that device, Mothra had to intervene and put Battra to sleep.

Twelve thousand years later, Battra is awoken from its slumber by a meteorite that crashes into Siberia.  Godzilla is also woken from its slumber and is cranky that it did not get to finish its nap. Then during an attack by Godzilla, Mothra hatches from its egg. So you now have three monsters ready to beat the crap out of each other for various reasons.

Battra was released into the S.H. Monsterarts line as a Tamashii Web exclusive. However, thanks to Bluefin distribution, we are getting it here in the United States as a regular release.

This version of Battra is beautiful looking and faithfully recreates how this moth-monster looks in the movie. There is just so much detail on the figure that I will let the pictures do most of the talking. 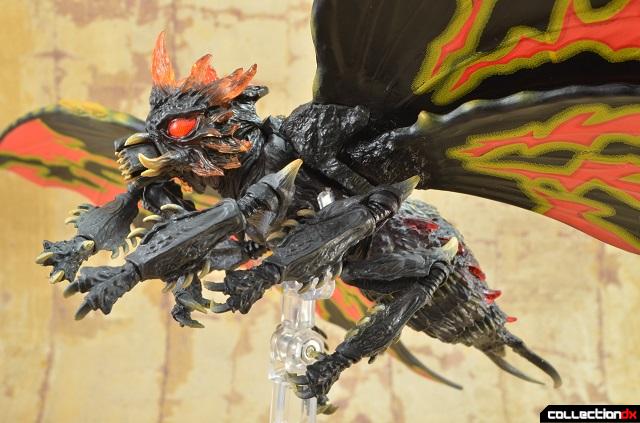 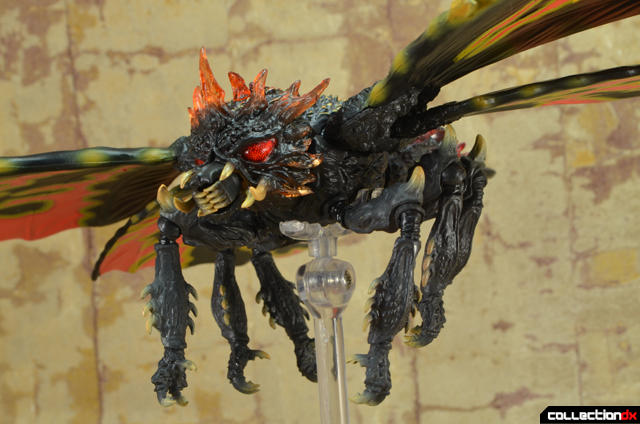 The spikes on the head are made a transluscent orange material. 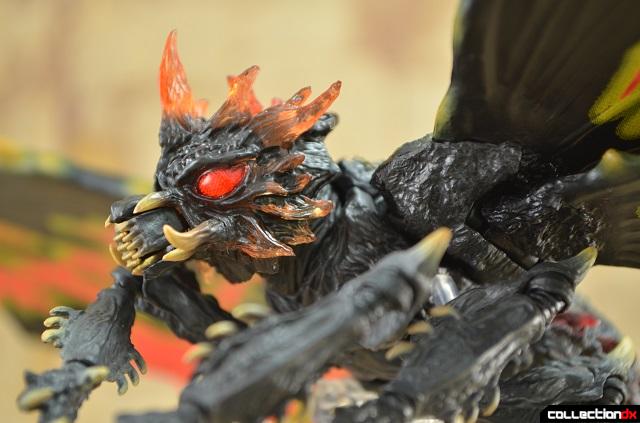 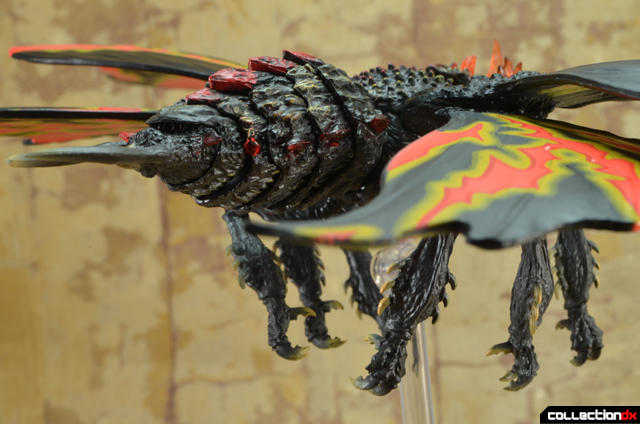 This is one exquisitely detailed moth! 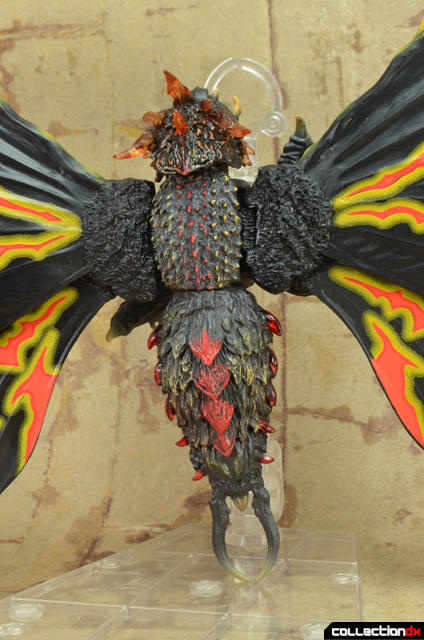 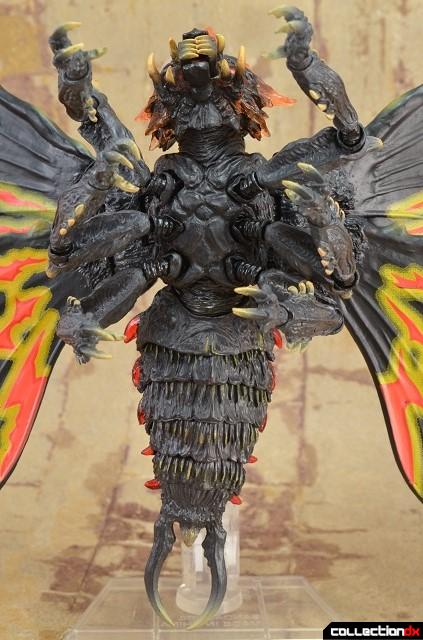 Battra’s enormous and wonderful looking wings give it a ton shelf presence. 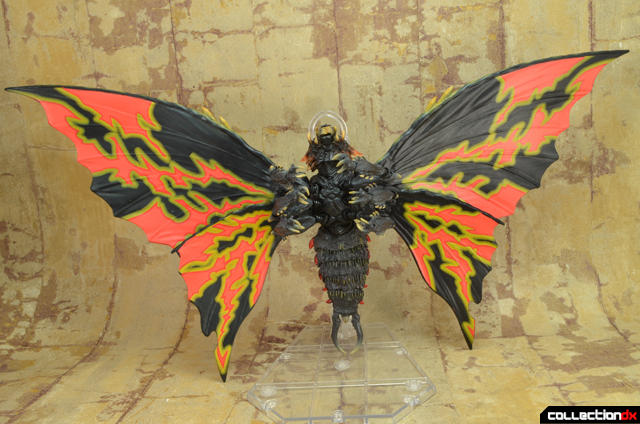 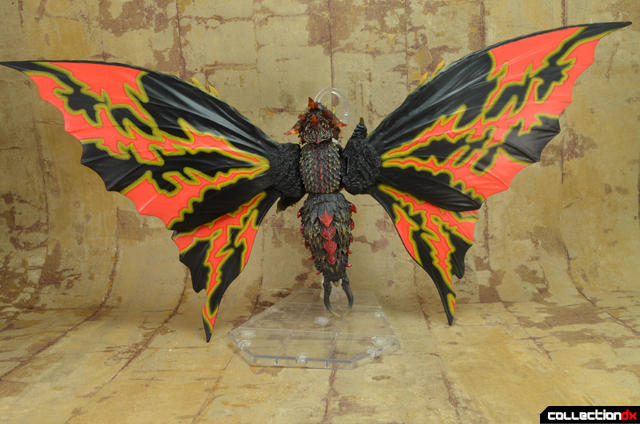 Mothra is more than just a creepy/cool looking monster; it also has a good amount of articulation! 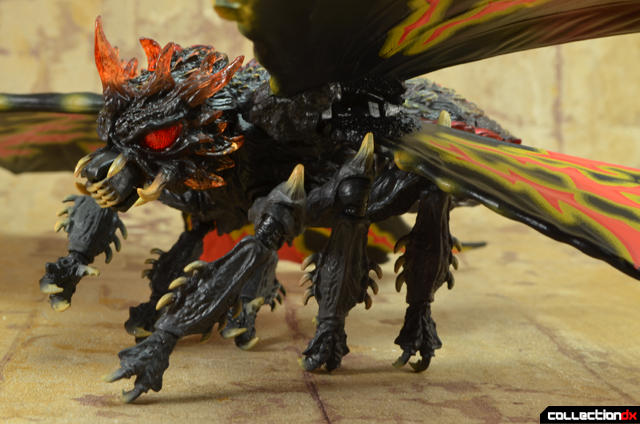 Each of the legs has three ball and socket joints: one where it connects to the body, one in the middle at the “knee” and one where the leg connects with the foot. 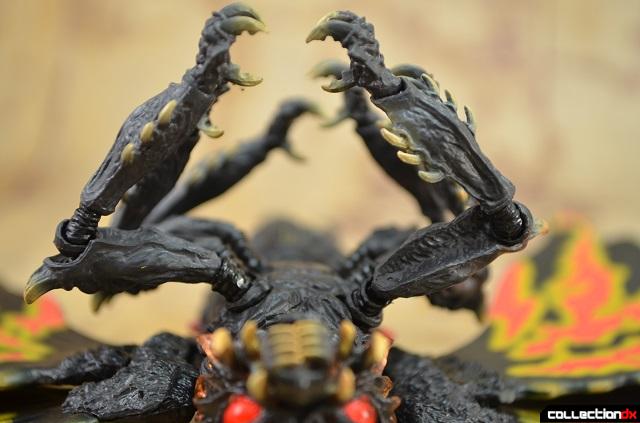 While almost all of the joints on my Battra were nice and tight, one of the legs on my Battra suffered from a loose joint where it connects to the body. This would often result in the leg falling off.

The wings are attached to the body by a double hinge, allowing them to move laterally and vertically.  The rear wing is attached to front one by a hinge, which allows the rear wing to move independently of the one in the front. 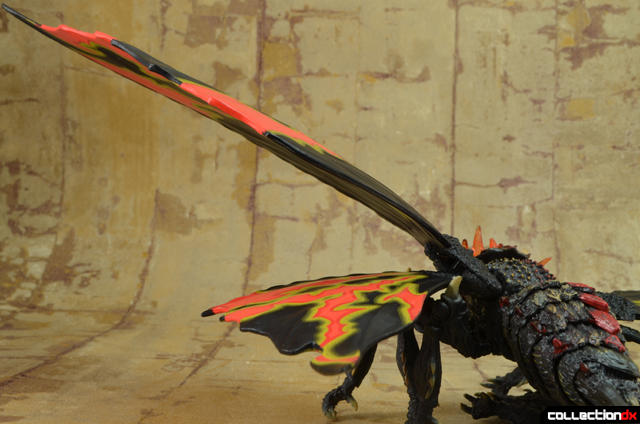 There is a ball joint at the base of the neck, allowing the head some movement. Due to the limited range of movement of the head, there was really no good way to photograph the range of motion. 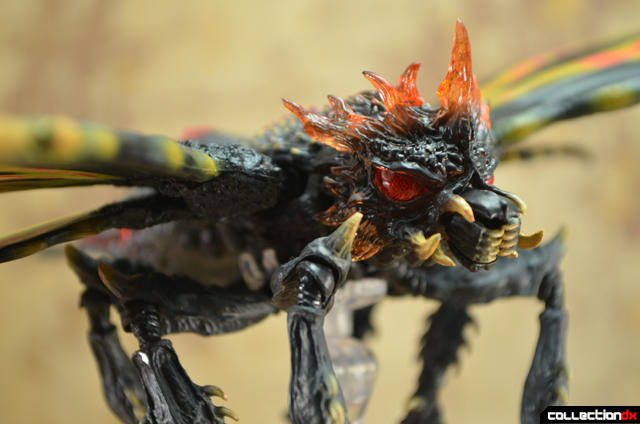 At the midsection, there are a few ball joints that allow the abdomen to move, although it is a bit limited in how much it can move. I originally though that the abdomen was not articulated, since the ball joints were stuck in place. However, with some elbow greese, I was able to get them moving like they should. 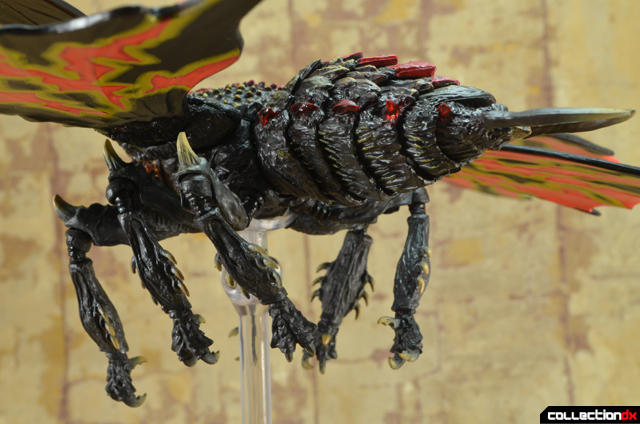 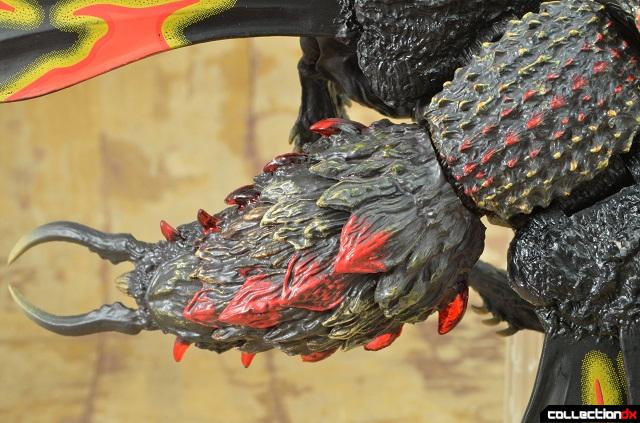 Battra's mandibles also open, which is some nice attetion to detail by Bandai's part. 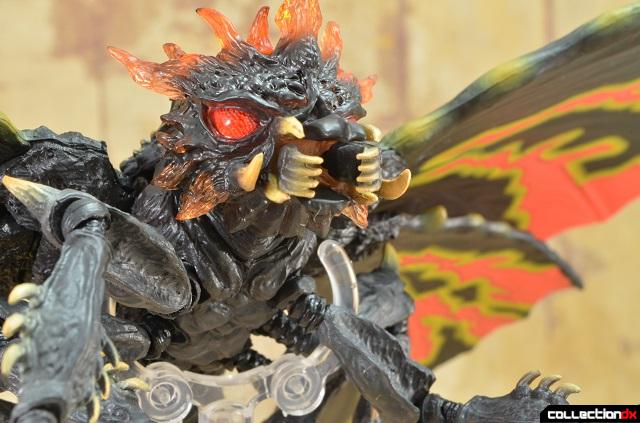 Battra has quite a bit of articulation and enough range of motion to do what it does in the movie. After all, in imago form, Battra spends most of its time flying around, shooting beams at things and ramming into other monsters.

Speaking of shooting beams at things, I really wish that Bandai would have included effect parts for the red beams that Battra shoots out of its eyes. The spikes on its head are already translucent and can mimic how they glow right before Battra shoots of a deadly beam.  The only thing missing is tiny beams so that the toy can wreak havoc on my other toys. 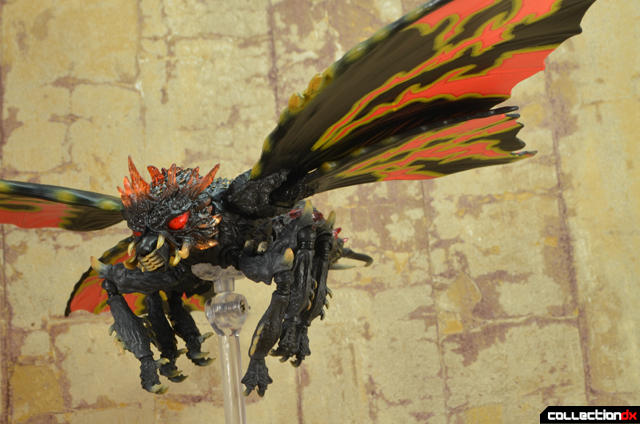 Good thing I have been training my imagination! it is a side effect of watching ToQGer. I can totally pretend that Battra is shooting down some death from its eyes.

The only extra that Battra comes with is its own branded stand. 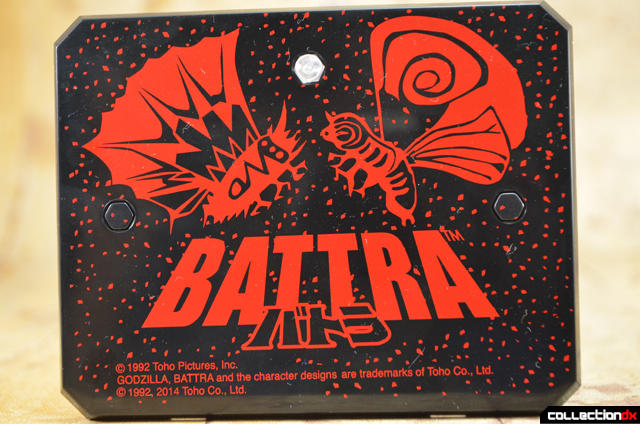 Included is a clear piece to attach to the end of the stand for holding Battra.

Missed opportunities aside, the S.H. Monsterarts Battra makes a cool display piece and is also a nice complimentary toy to your existing S.H. Monsterarts collection. I had my share of fun having Battra fight with Kiryu. 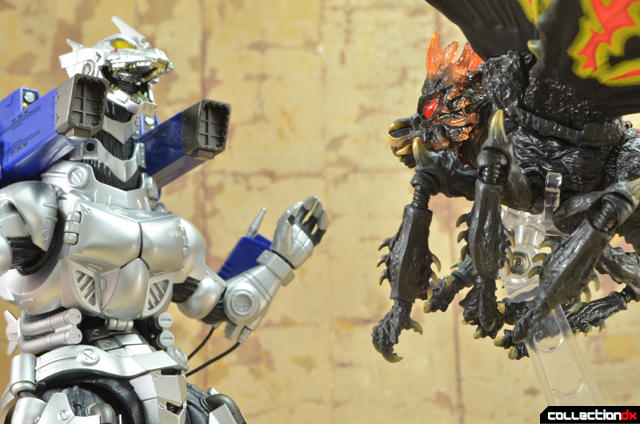 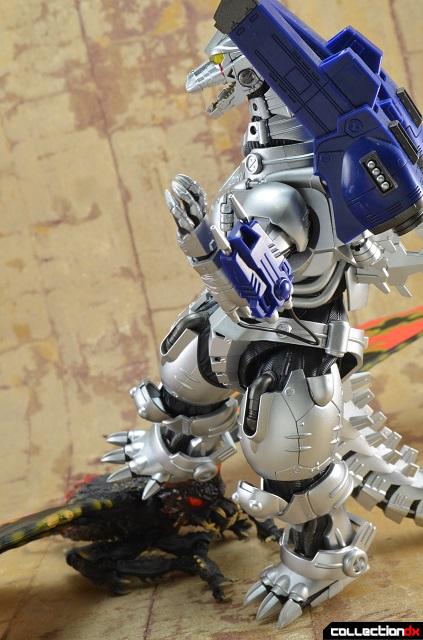 But not for long! 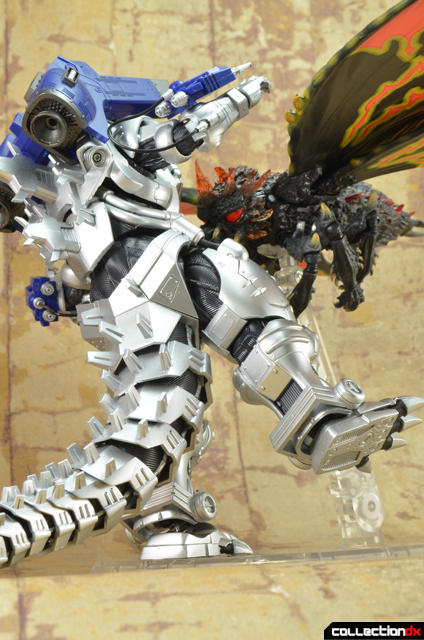 Battra realiates with a headbutt! 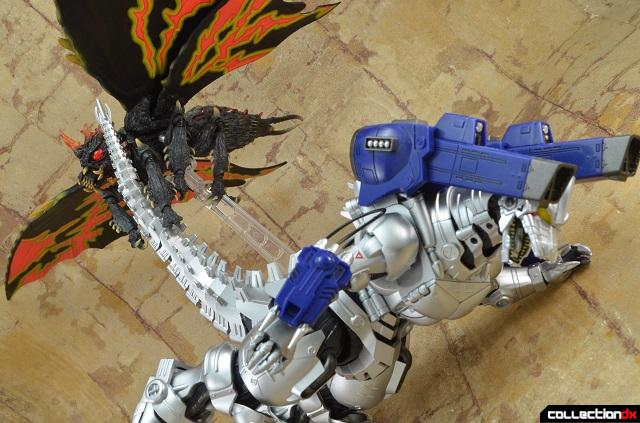 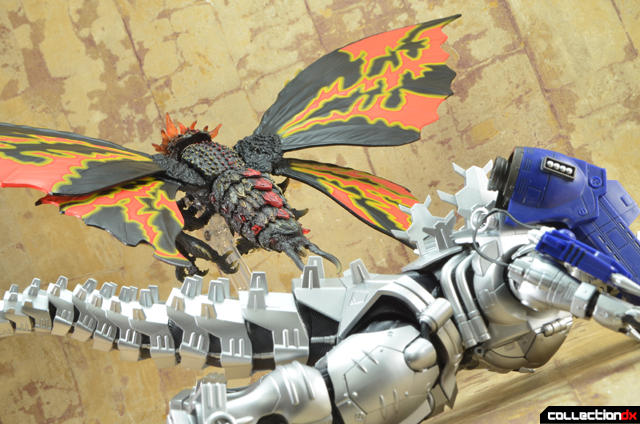 It is super effective!

If you are a fan of the film that this monster comes from, like I am, then you will want to add Mothra to your collection. On the other hand, if you are looking for something that you can play with and pose to your heart’s content, then I would suggest checking out some of the other monsters, like one of the Godzillsa, in the S.H. Monsterarts line.

3 comments posted
That is perfectly horrific

That is perfectly horrific and disgusting in all the right ways

The mandibles and abdomen ARE articulated and do move. Just apply a little force to get them going.

Thanks for the info. They are pretty stuck in place on my piece, so I didn't think they were articulated. I will see if I can get them unstuck.