I'll admit that during the mid to late 90s the last thing on my mind was toys. Looking back there were so many cool things that I should have picked up, but I was otherwise occupied with life. I missed the entirety of Saban's Masked Rider, an ill-fated attempt to replicate the Power Rangers formula with Kamen Rider.

Based on Kamen Rider RX Black, Bandai created a whole toy line for the US for the show. One of wich is the Mutating Magno - a version of Kamen Rider's ride that I don't think ever appeared in the show. Recently I found one at a flea market and decided to give it a look. It was cheap, so why not?

The box is in rough shape, but probably looked nice in its prime. Note the original price of $9.99, but clearanced out to 3 for $10 in the Kay Bee Toy Works clearance bin. The package includes the toy and an "exclusive" trading card. 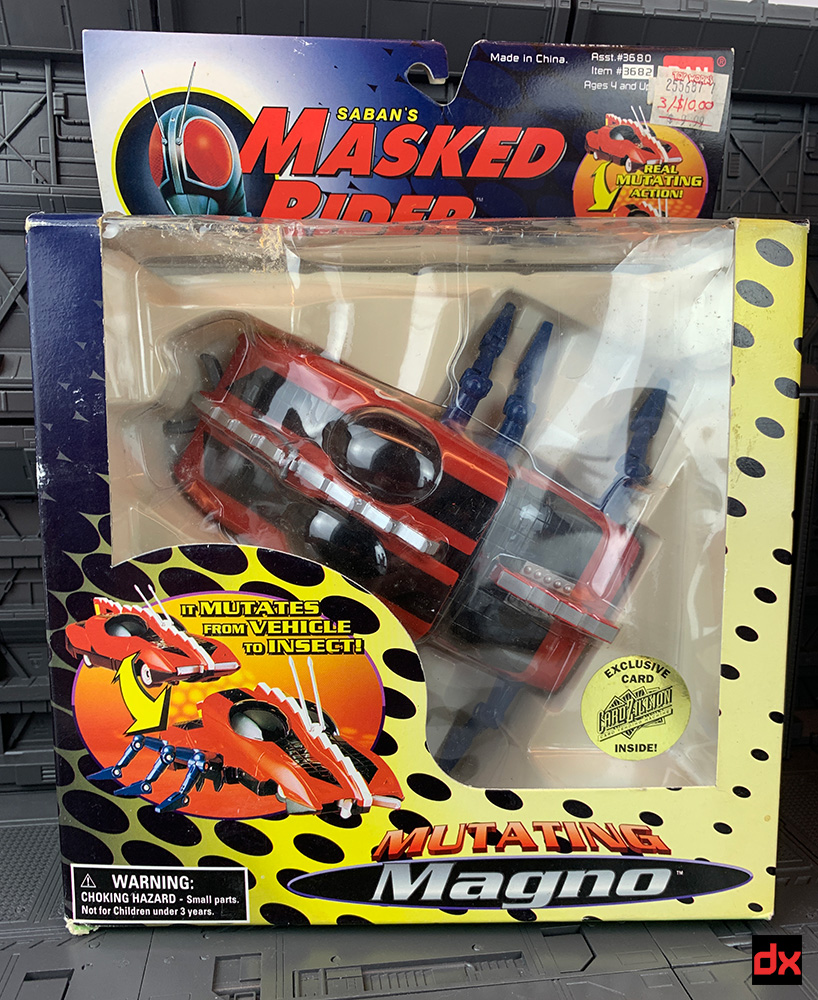 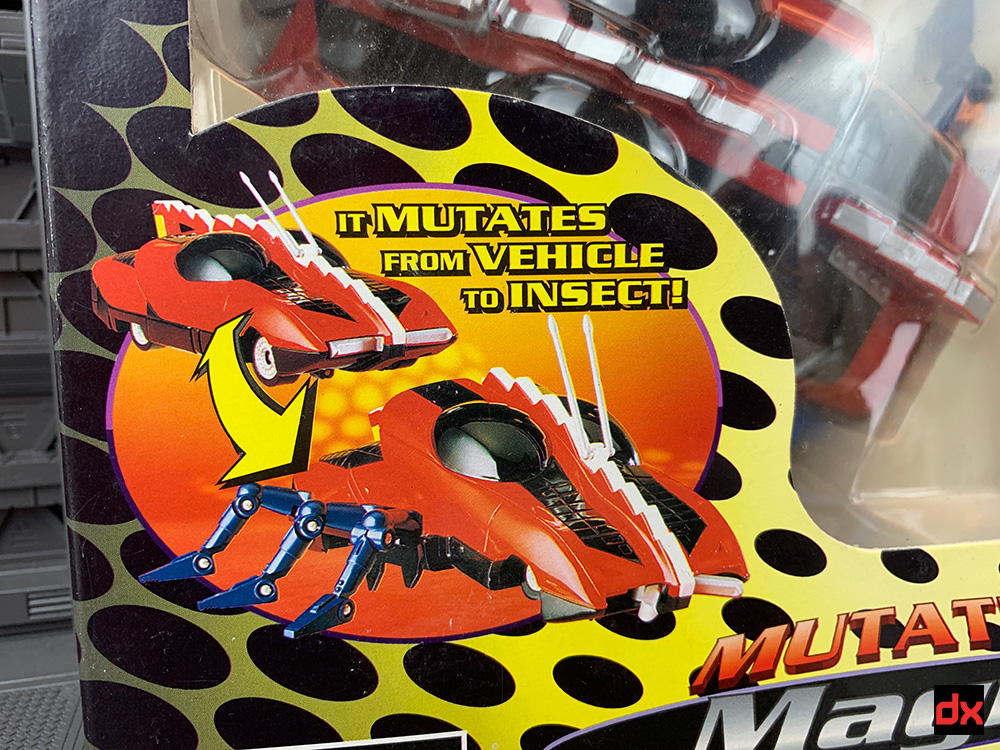 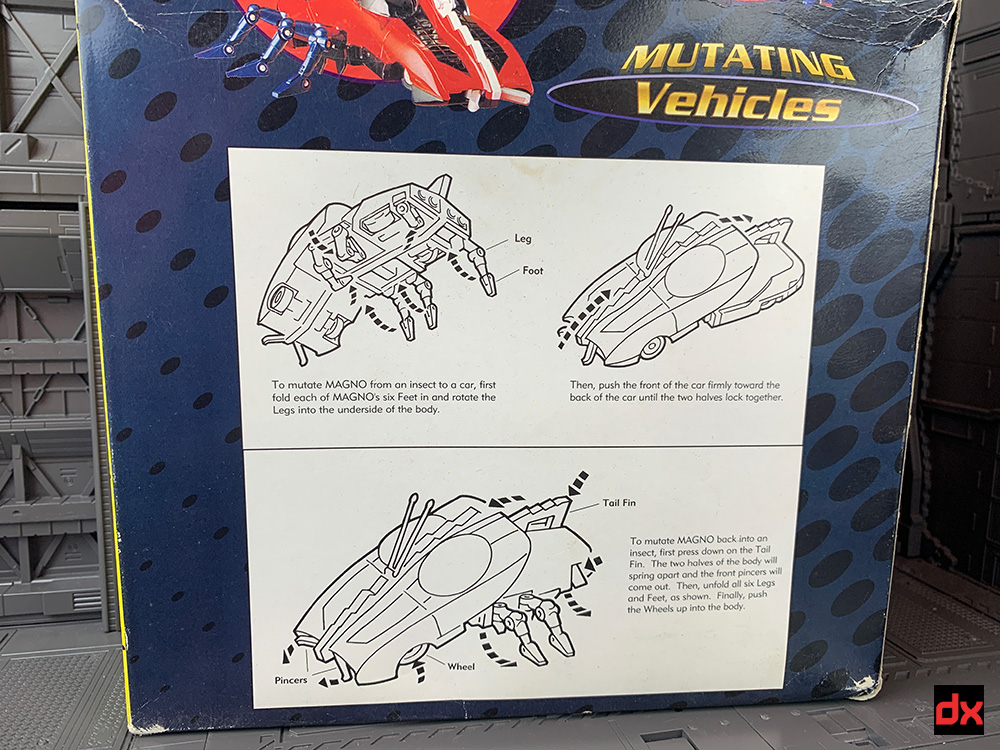 Apparently there was also a Mutant Combat Chopper in the line. 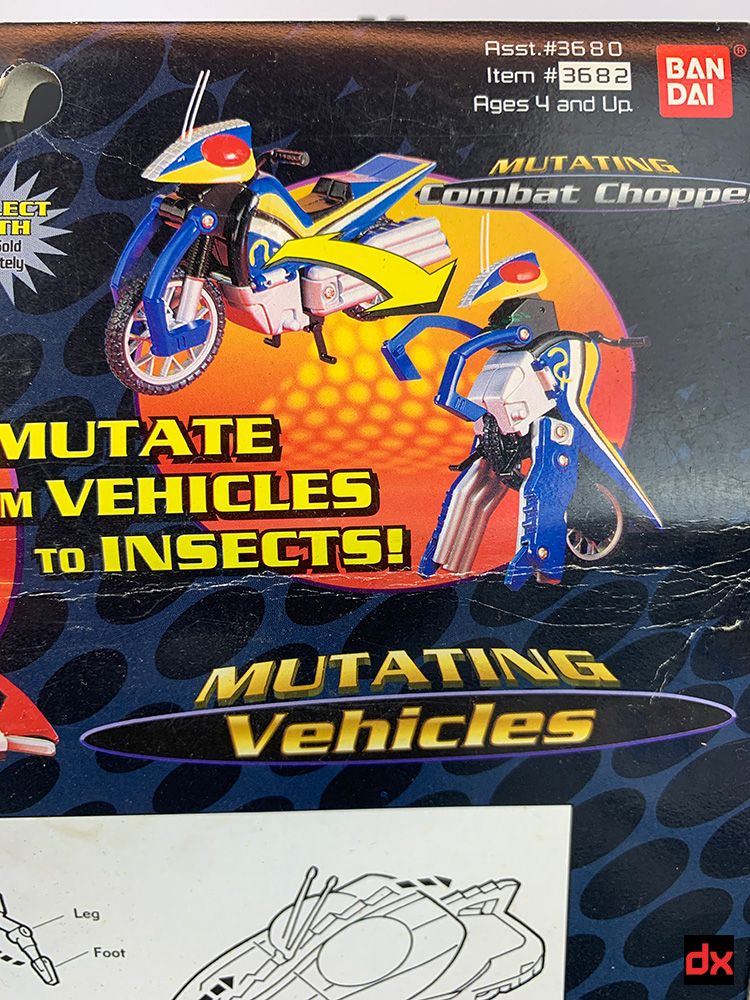 Magno is the US name for Ridoron. In both versions the vechicle is sentient and can speak.

Since it is packaged in bug mode, that's what we will look at first. Despite being a goofy concept, it looks pretty good! 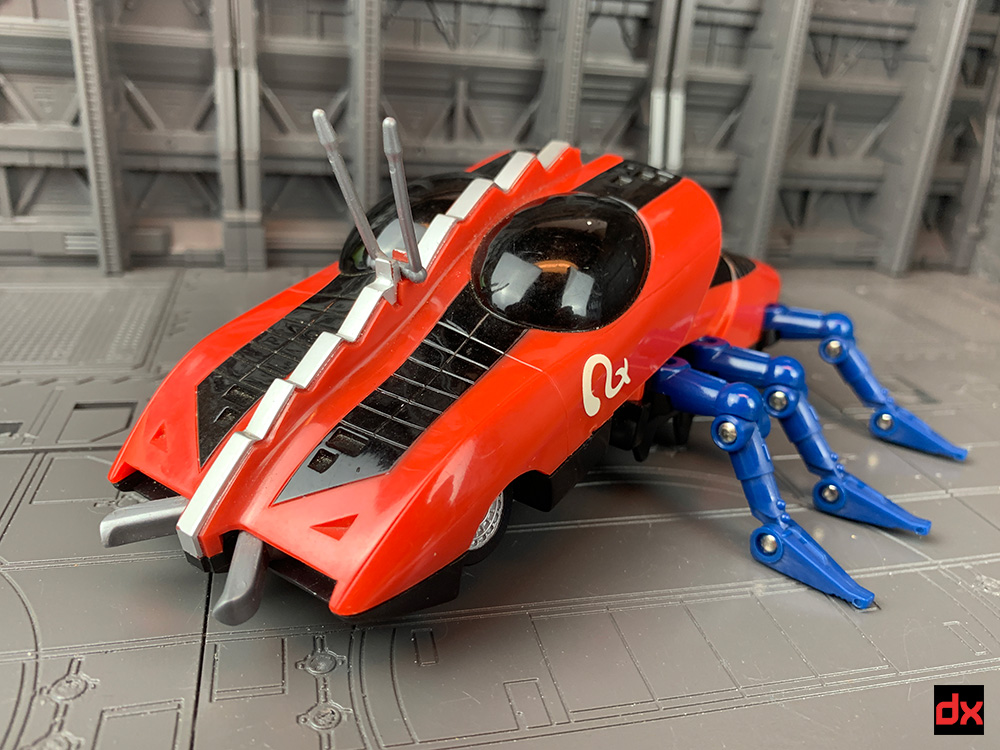 Each leg has three points of articulation. 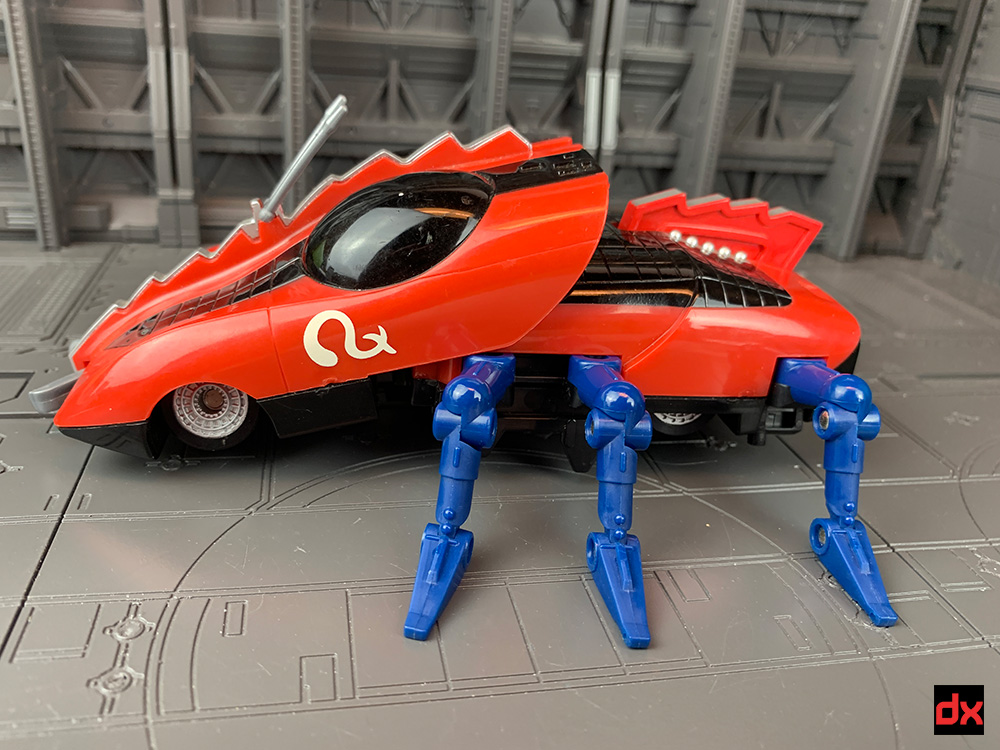 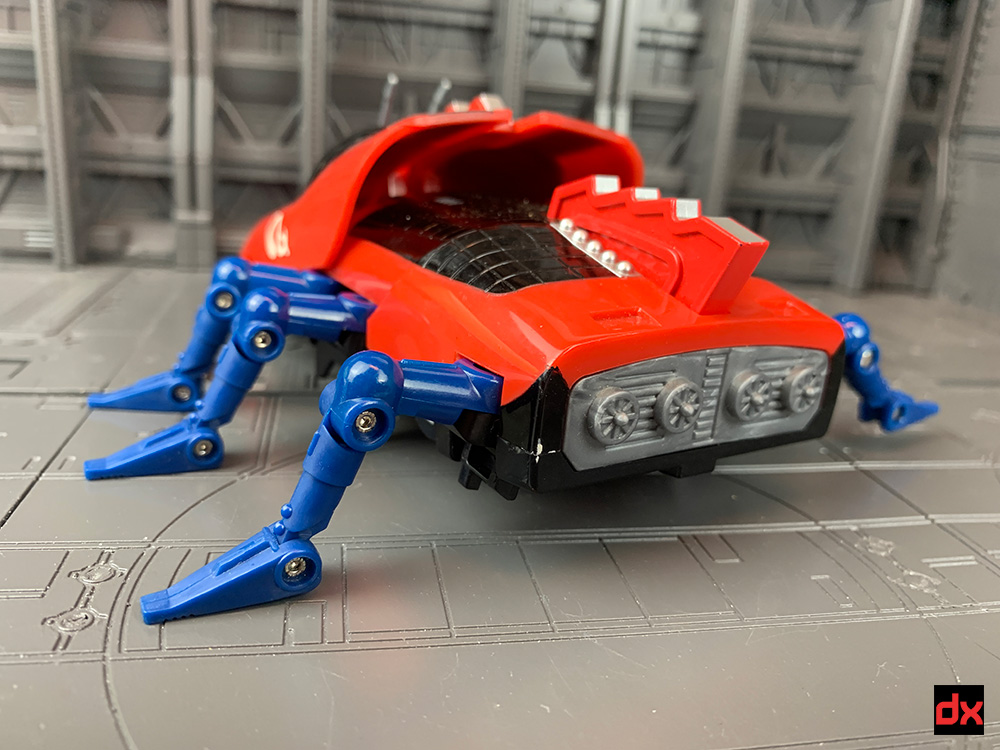 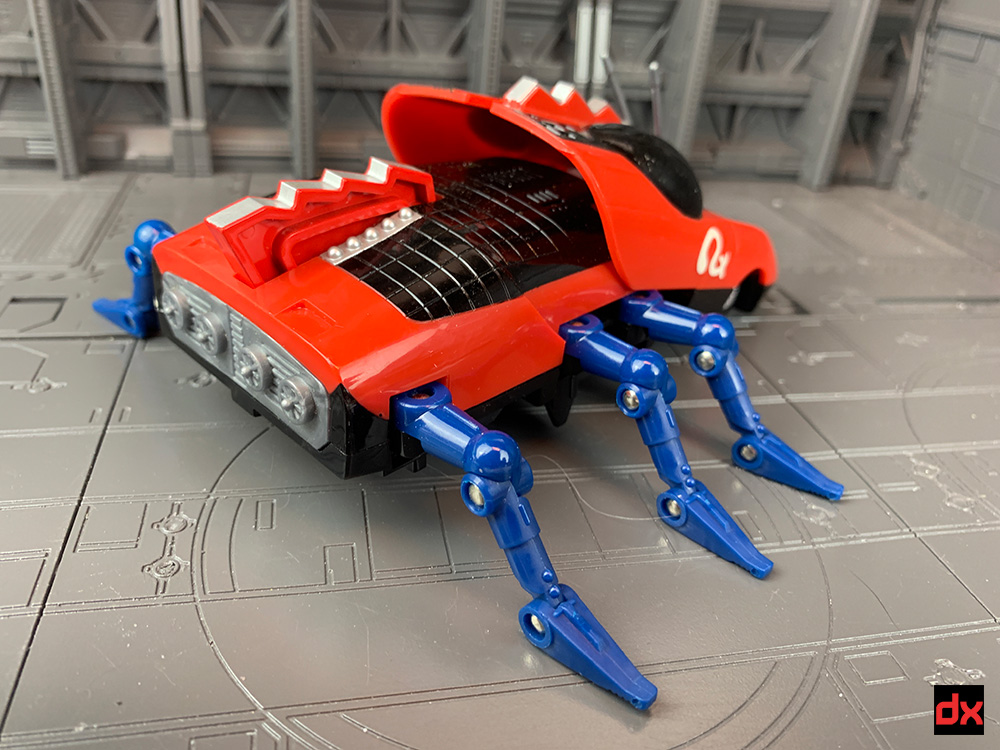 On the underside, you can see where the legs stow in vehicle mode, and how the existing wheels are pushed into the body. 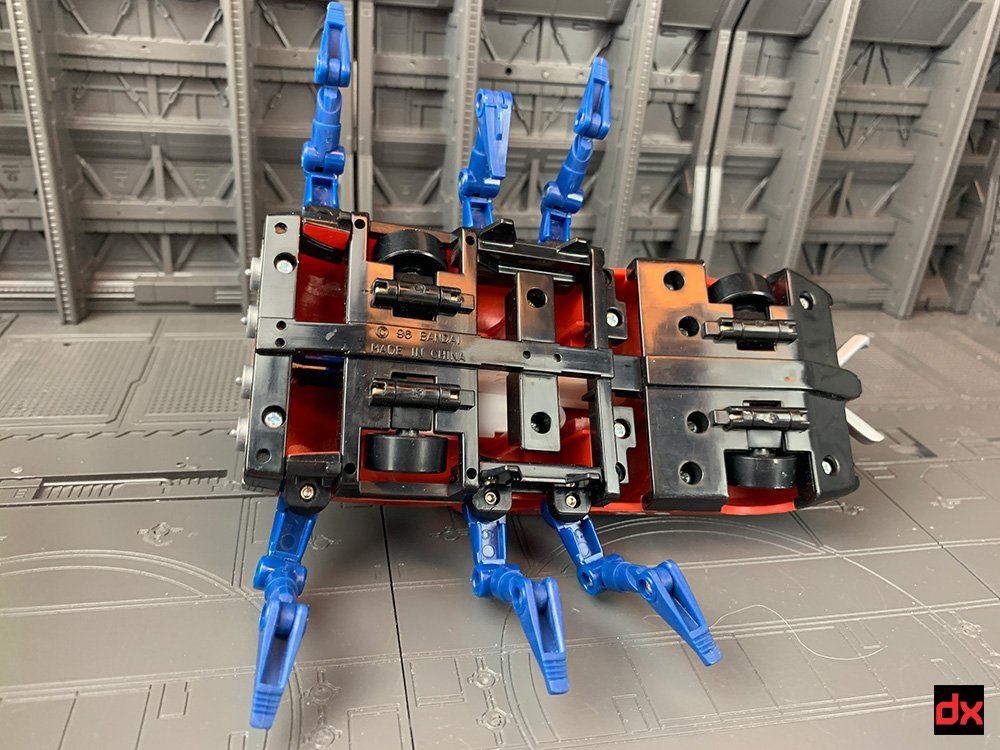 Transformation into car mode is basically folding the legs in, pulling the wheels out, and snapping the top back into place. There's actually a spring loaded action with the tail section for transforming back into animal mode. It just pops the top up and the pincers out, the rest you have to do manyually. 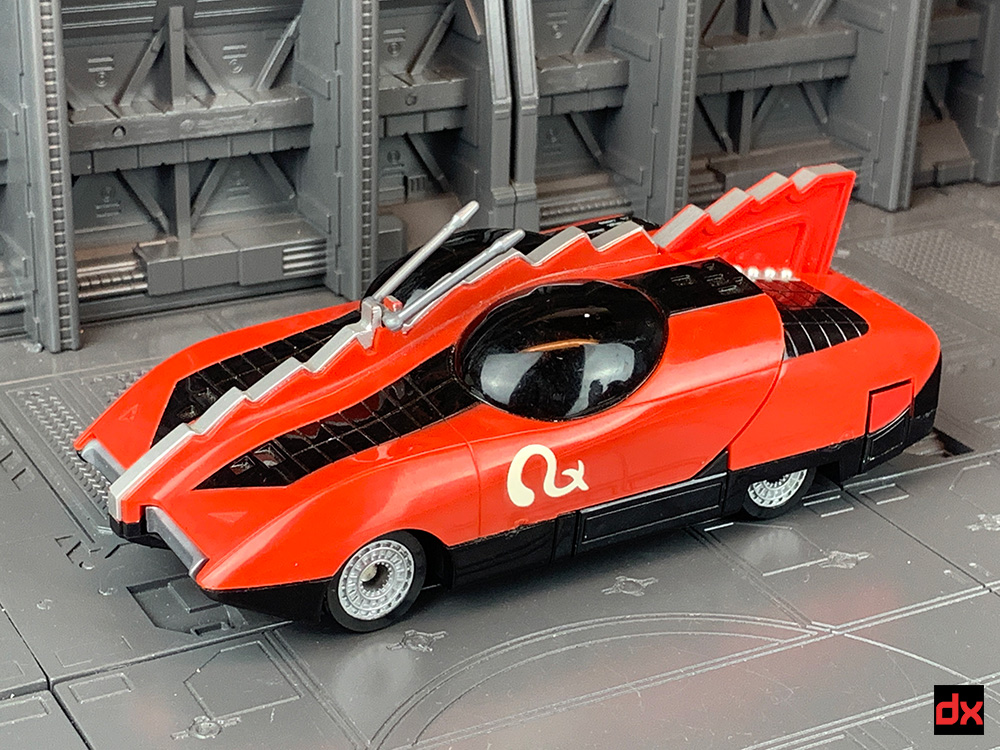 In vehicle mode it rolls freely, buy thats about it. 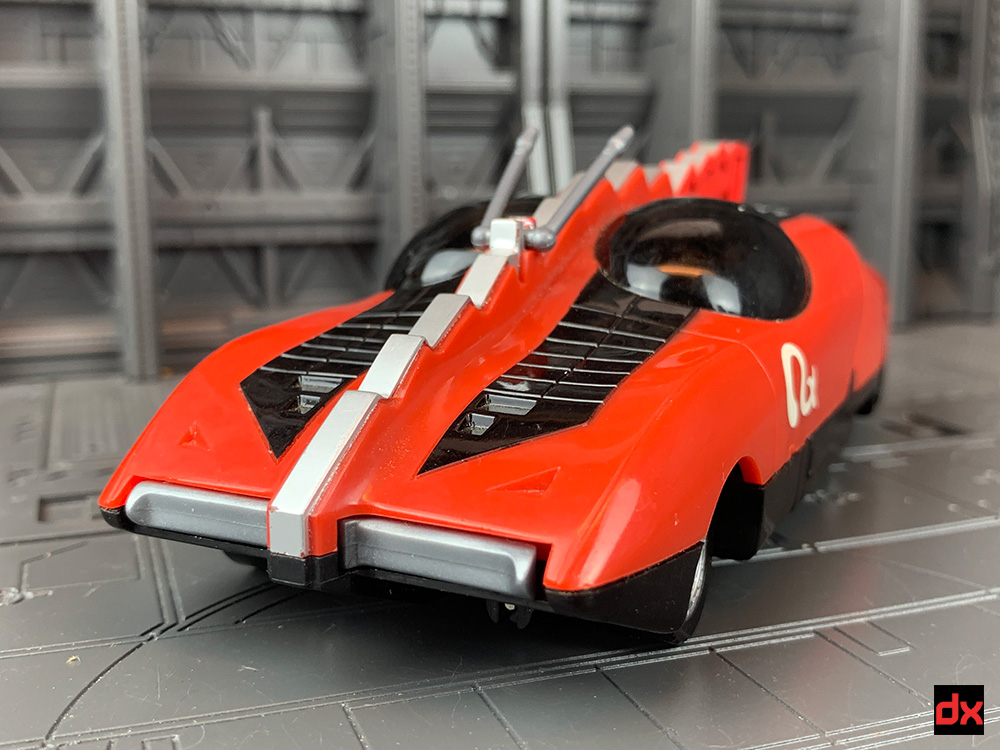 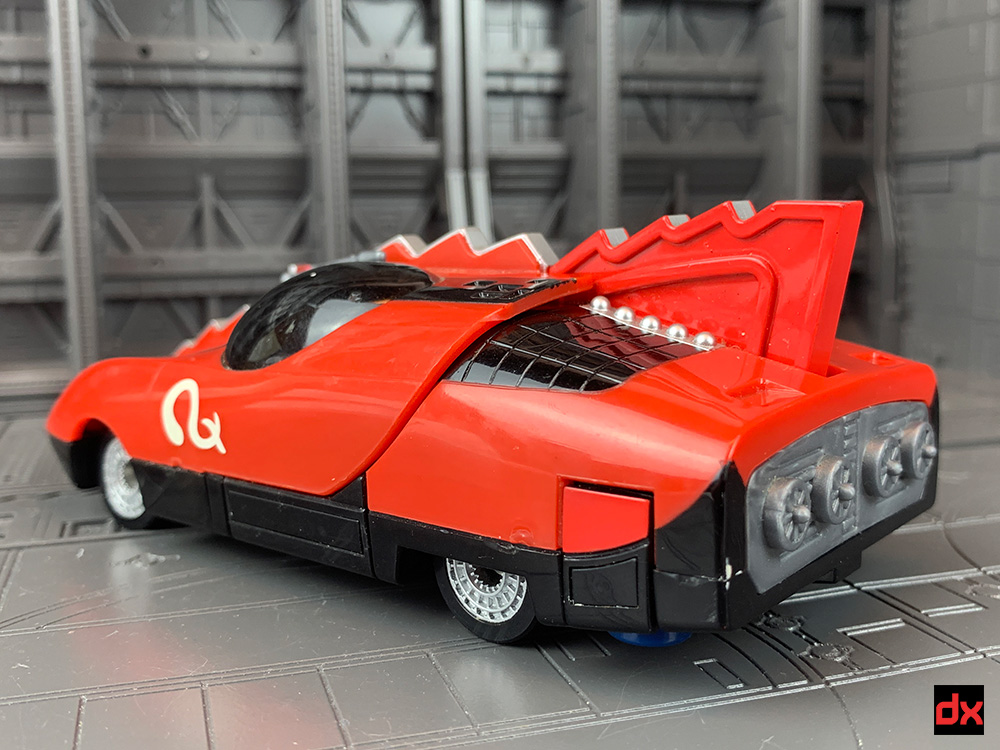 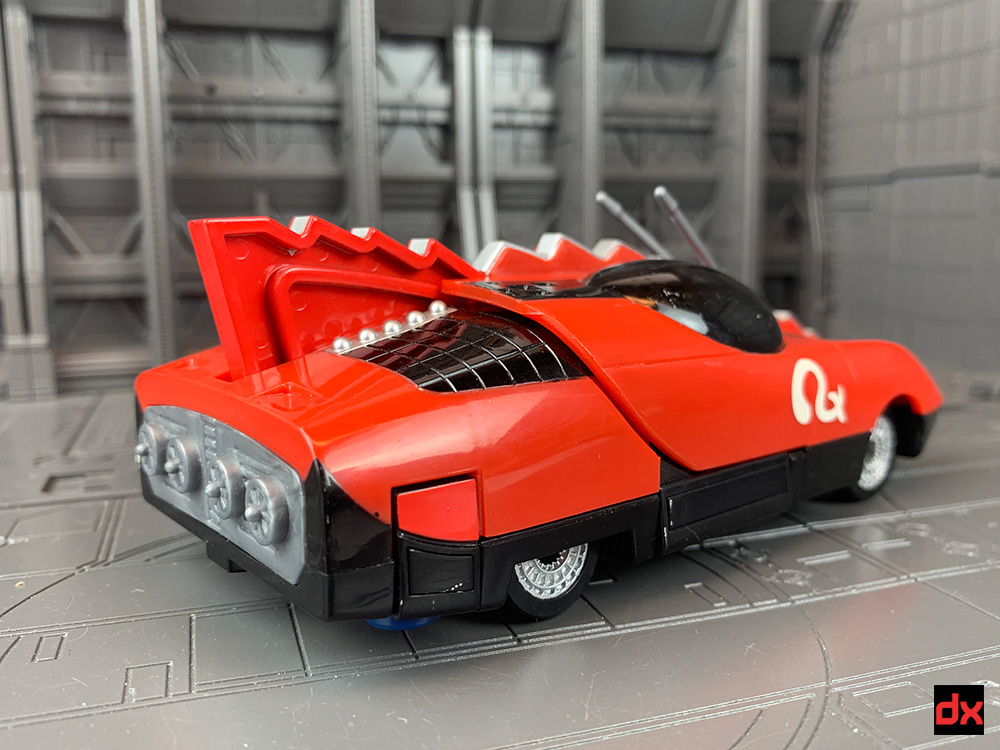 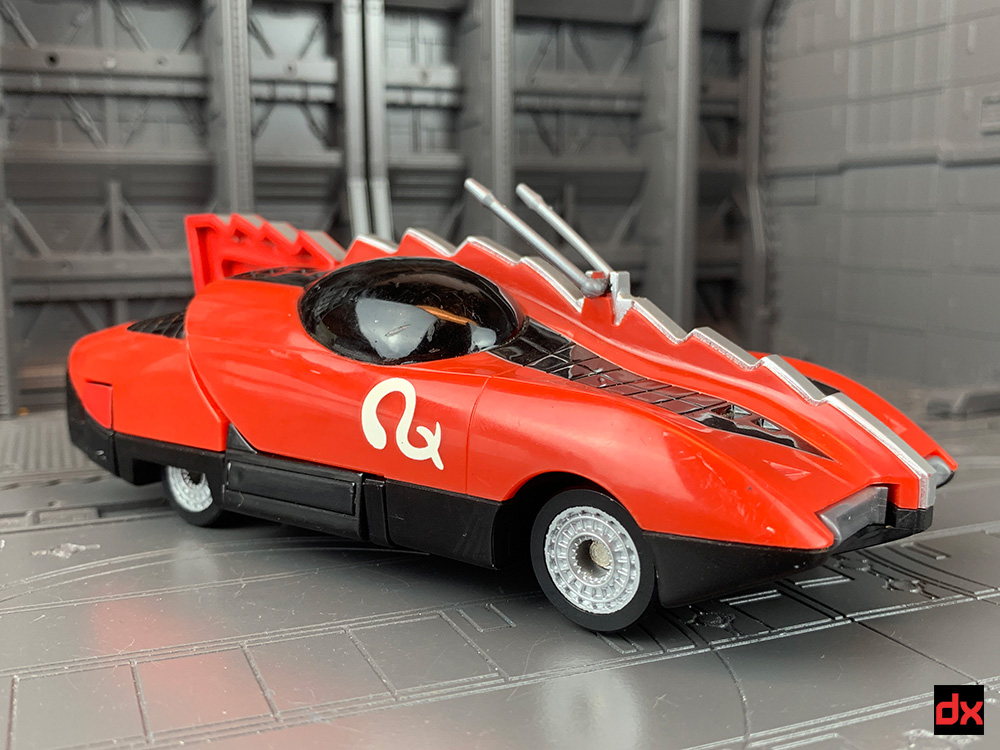 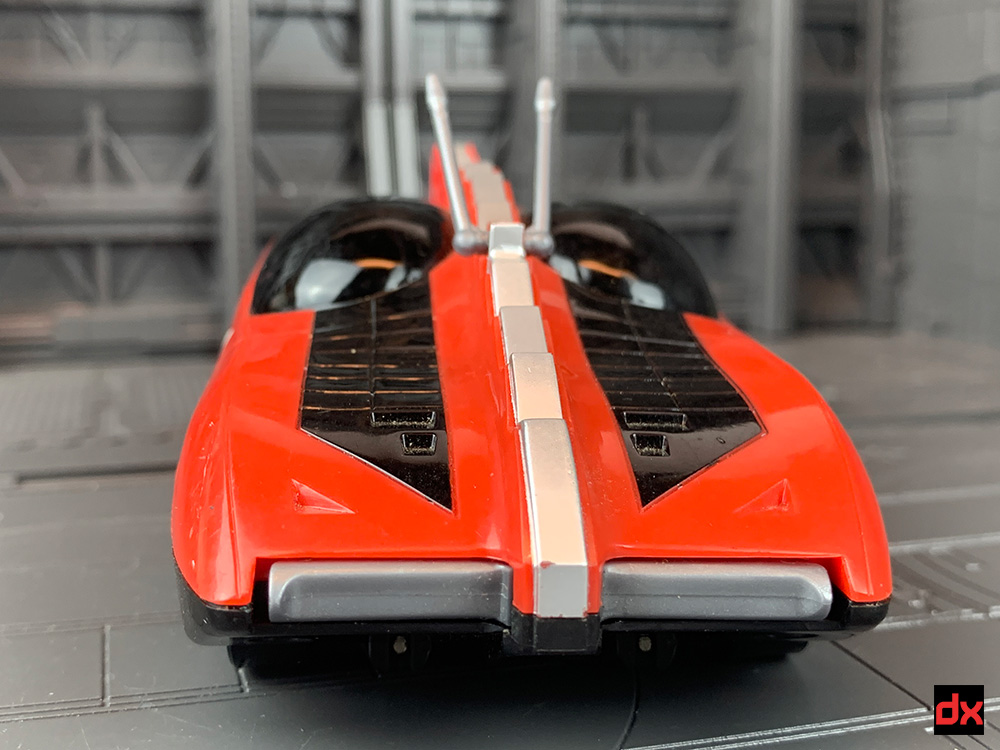 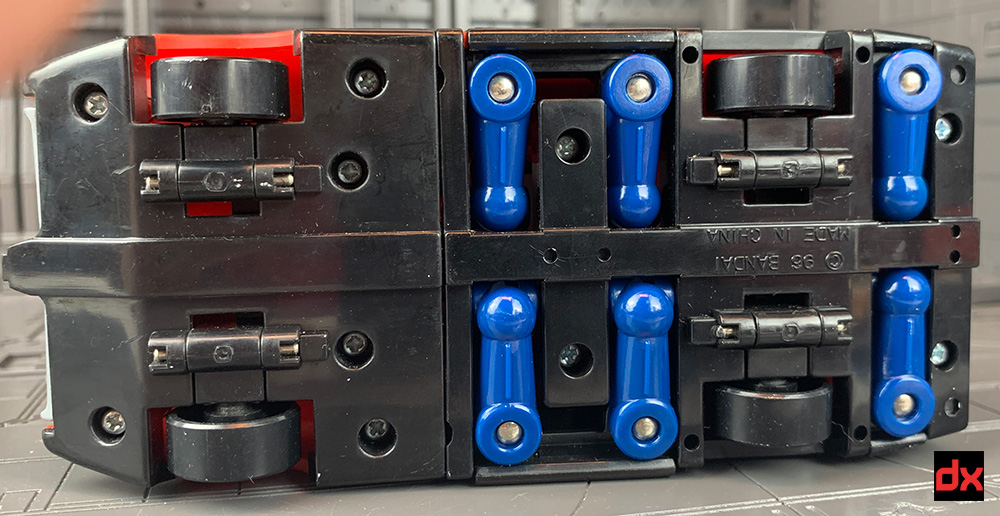 From what I understand, Masked Rider was a failure, but we know that Kamen Rider has a huge legacy in Japan that continues to this day. The Ridoron design is unchanged here, so at the very least it's a cheap way to get a reasonably large version of the vehicle in your collection.