The VF-25 Messiah Valkyrie Worldwide Anniversary celebrates the return of the Macross brand to the world outside of Japan after last year's historic announcement of the end of the Harmony Gold stranglehold. I was able to order this from a US retailer (Sideshow) and not have to pay the huge shipping cost out of Japan. This is a victory long time coming, and a personal one to me. Waaay before CDX, I ran an online store, and was taking preorders for the Toycom Macross Plus Valkyries, when Harmony Gold put the hammer down and stopped import. It was this that caused me to close the store and start CollectionDX. Now, 20 or so years later, we can sell Macross in the US again!

The box is nice and rigid with foil printing on the logos and text. A great presentation for a great product. 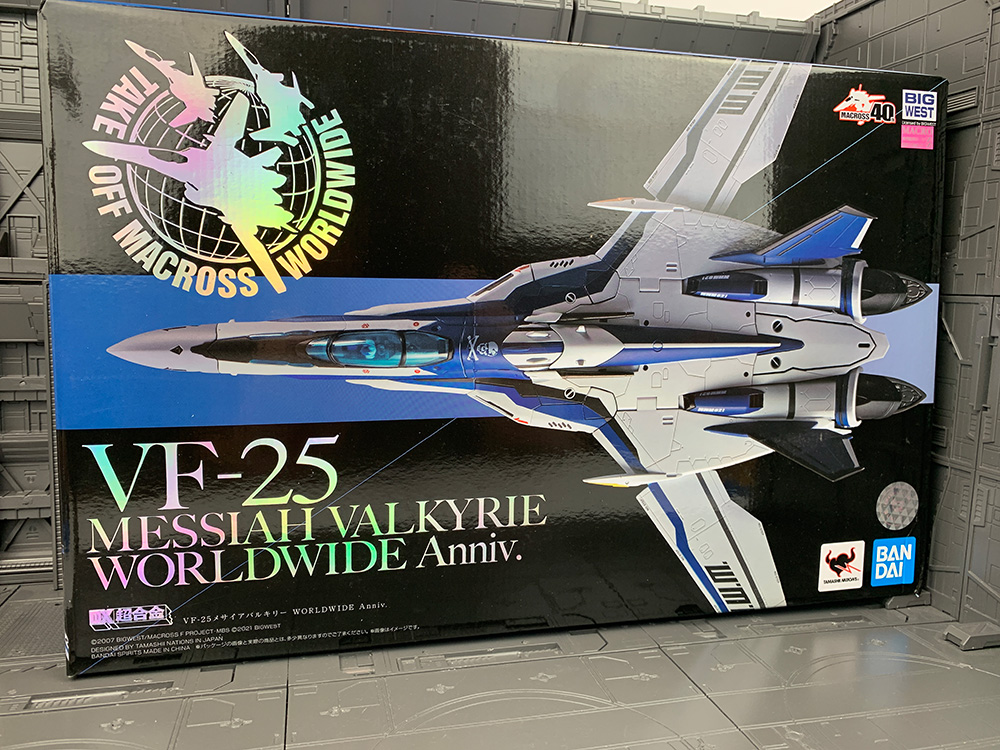 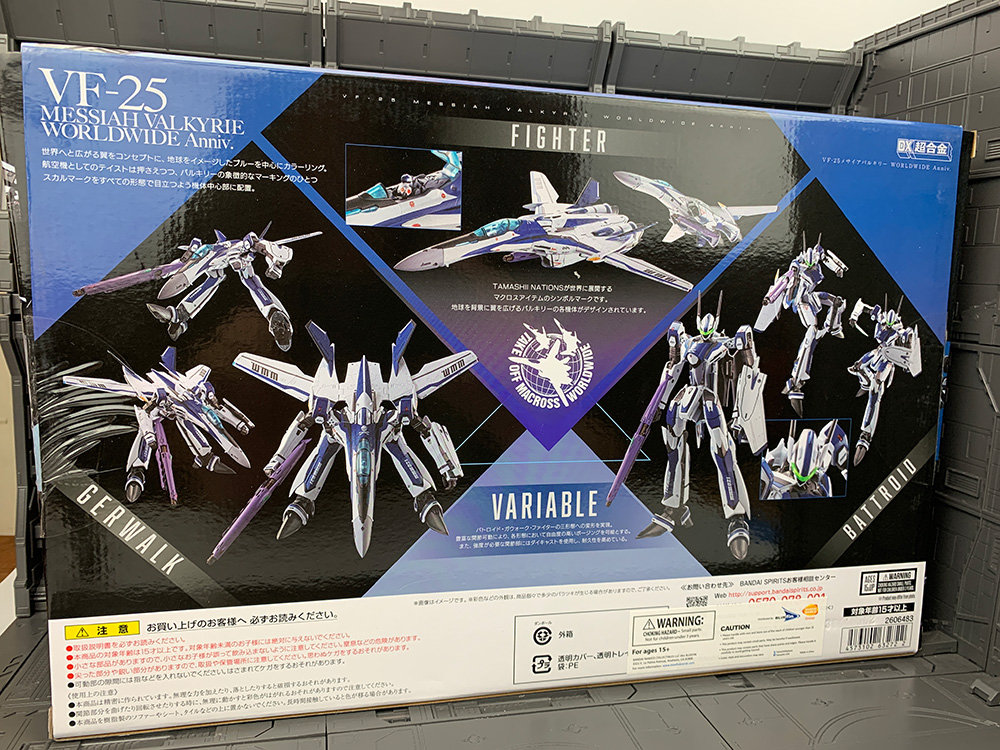 Sleek and beautiful, the fighter mode shows off the new color scheme beautifully. There are some interesting markings - on the wings are W.W.M - which I think means World Wide Macross. Also you will see WWM021, which I think refers to when the license reverted back to BigWest. 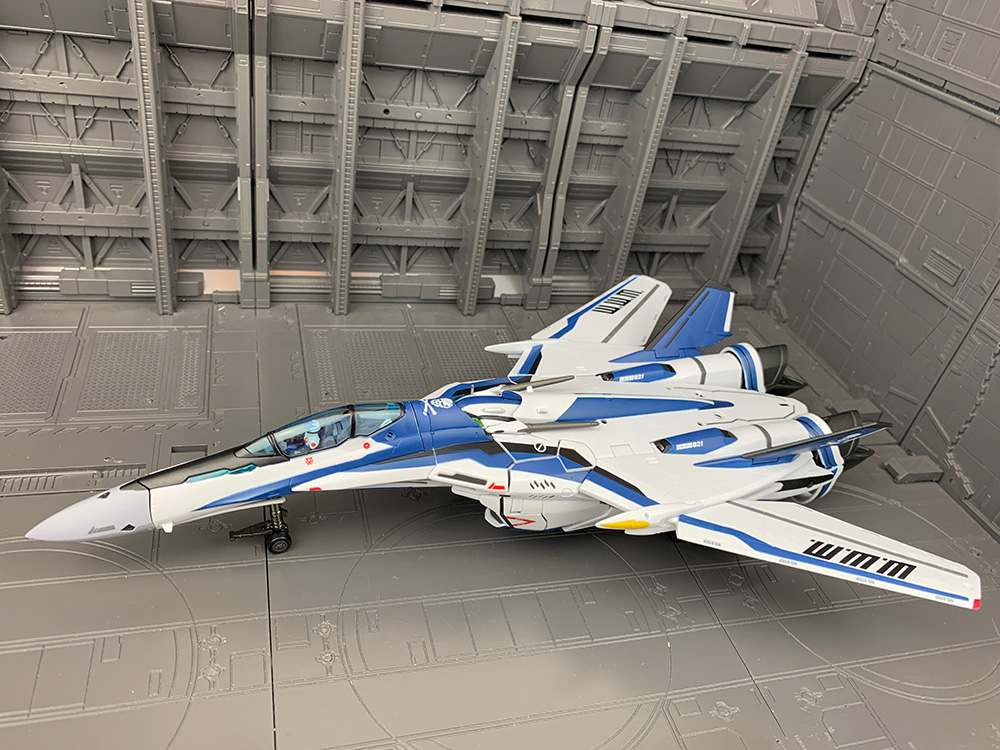 Landing gear is metal with a rubber tire, the tow bar is movable. 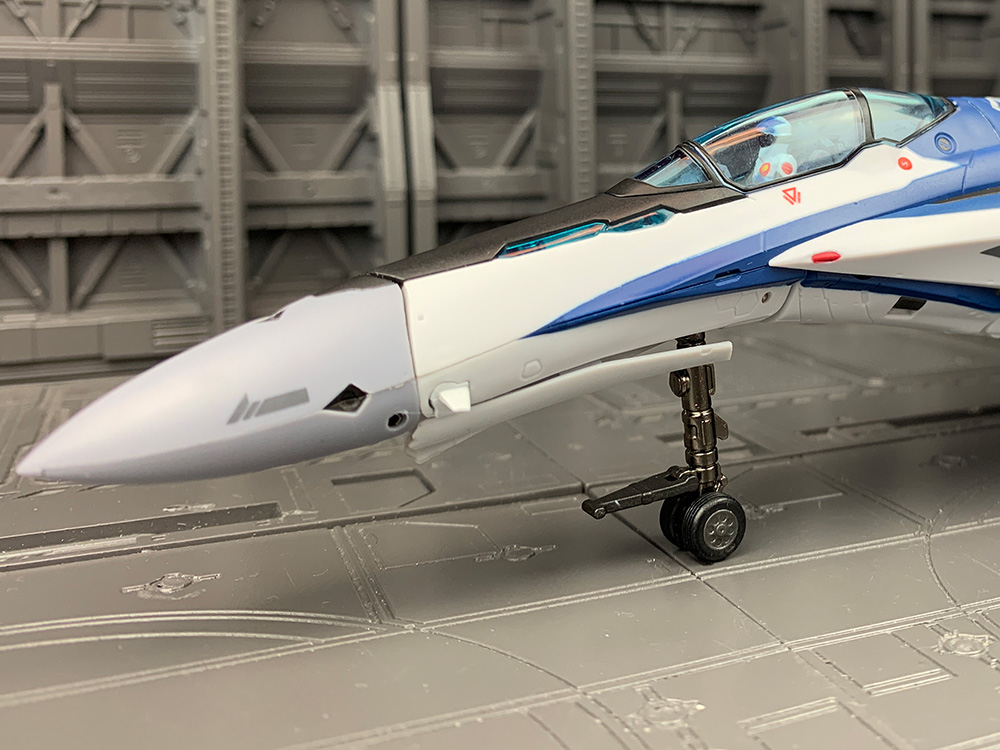 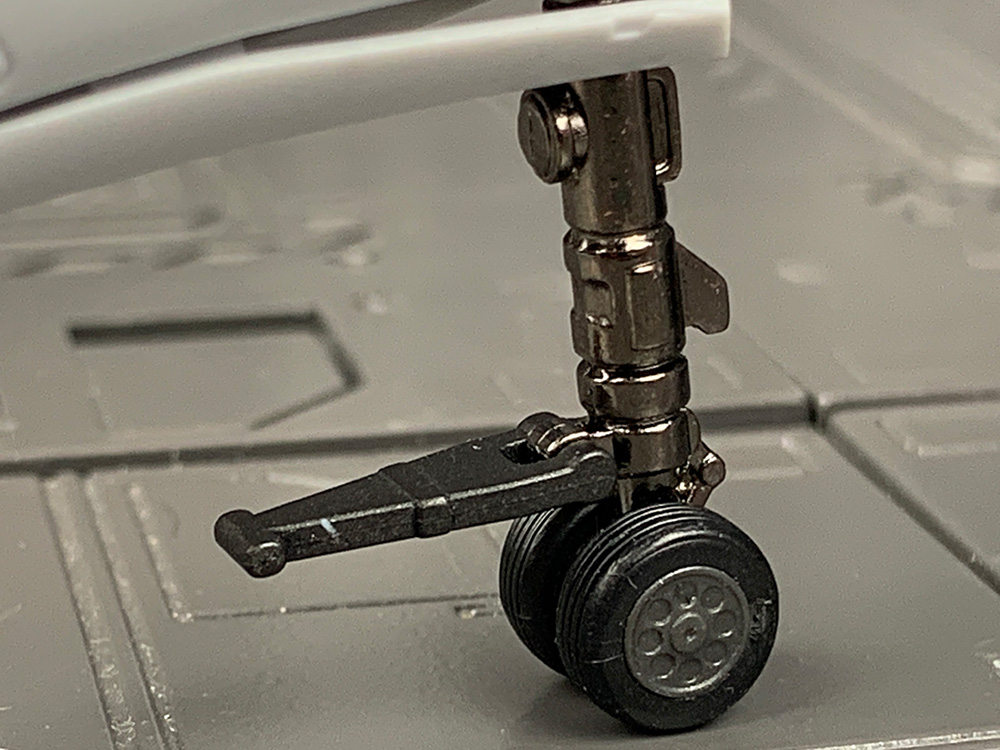 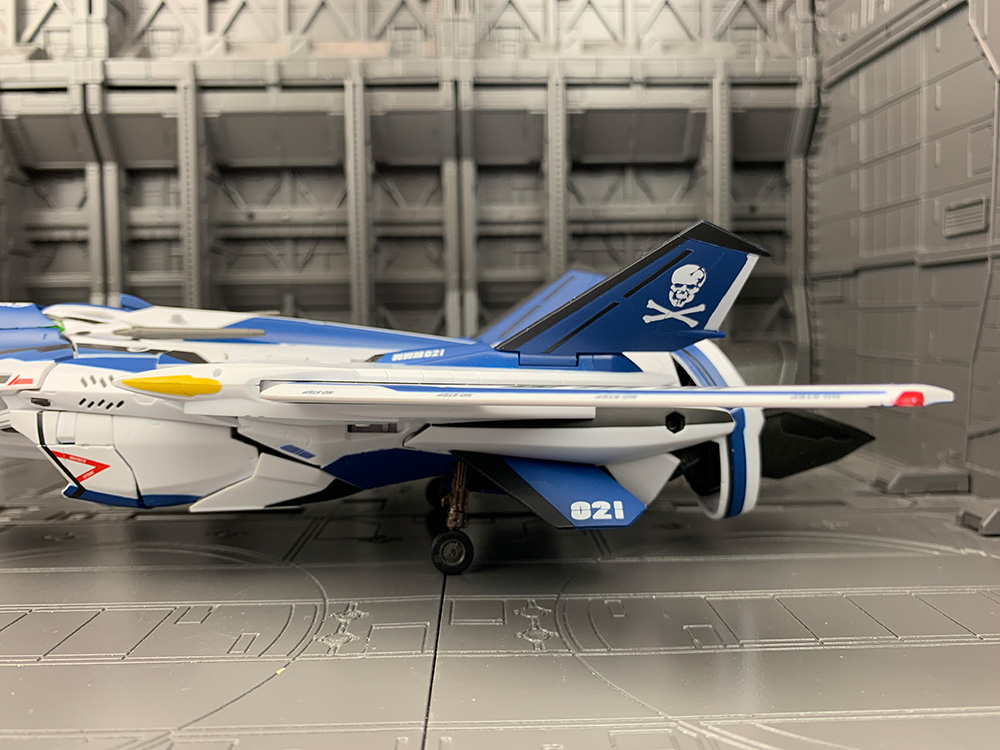 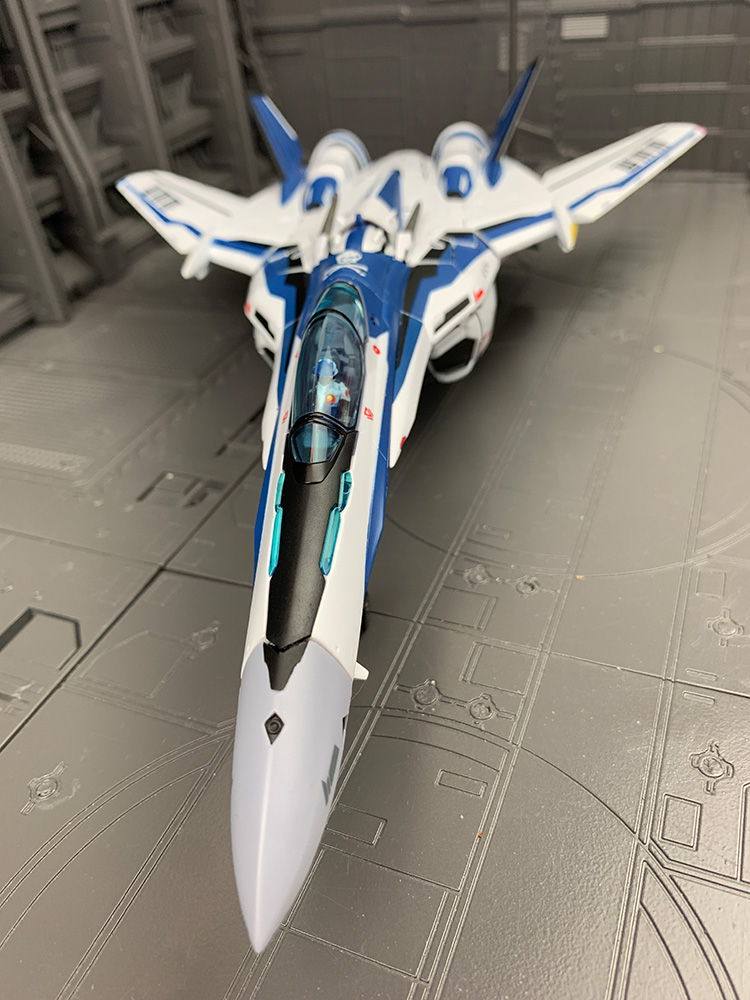 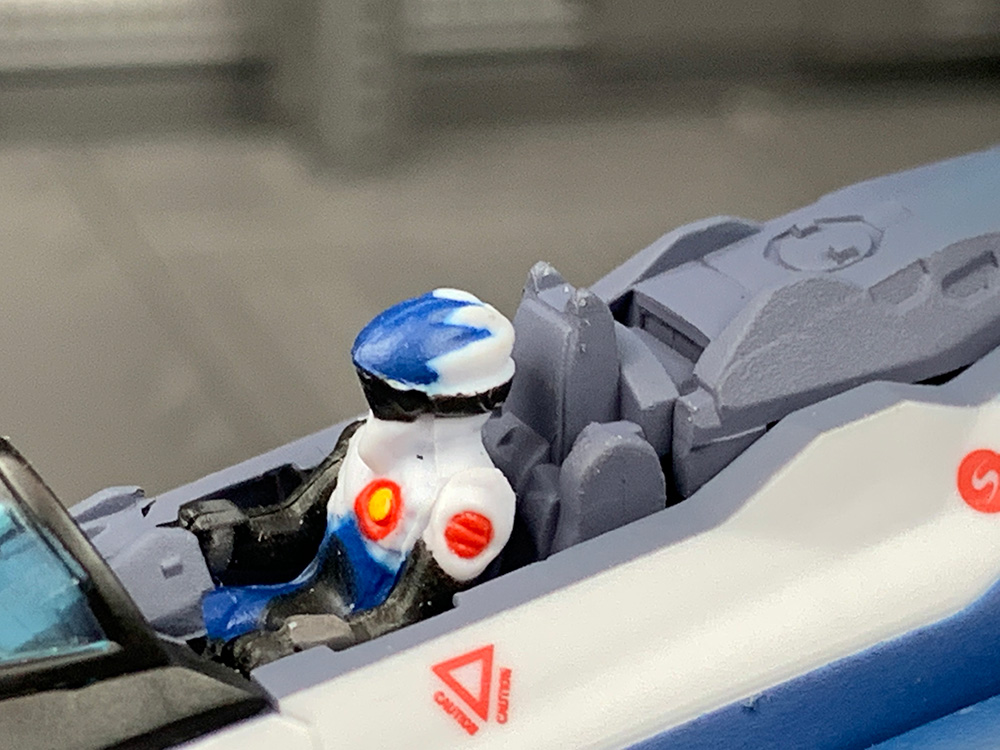 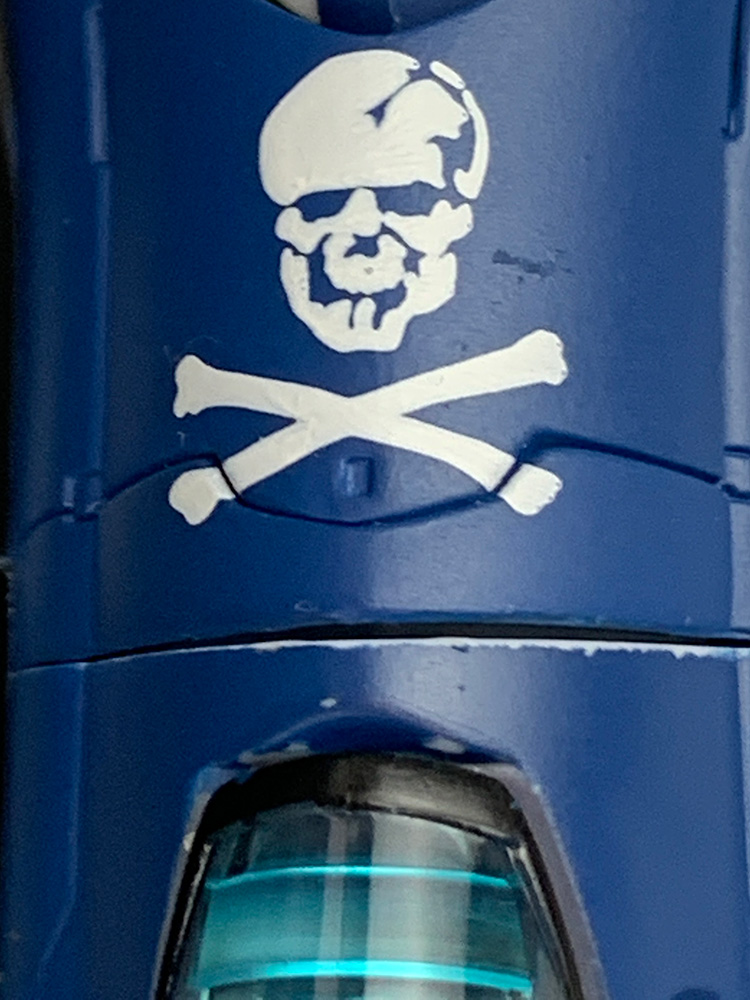 The stand that comes with the toy can be configured to be used in each mode, but it's a bit clunky. 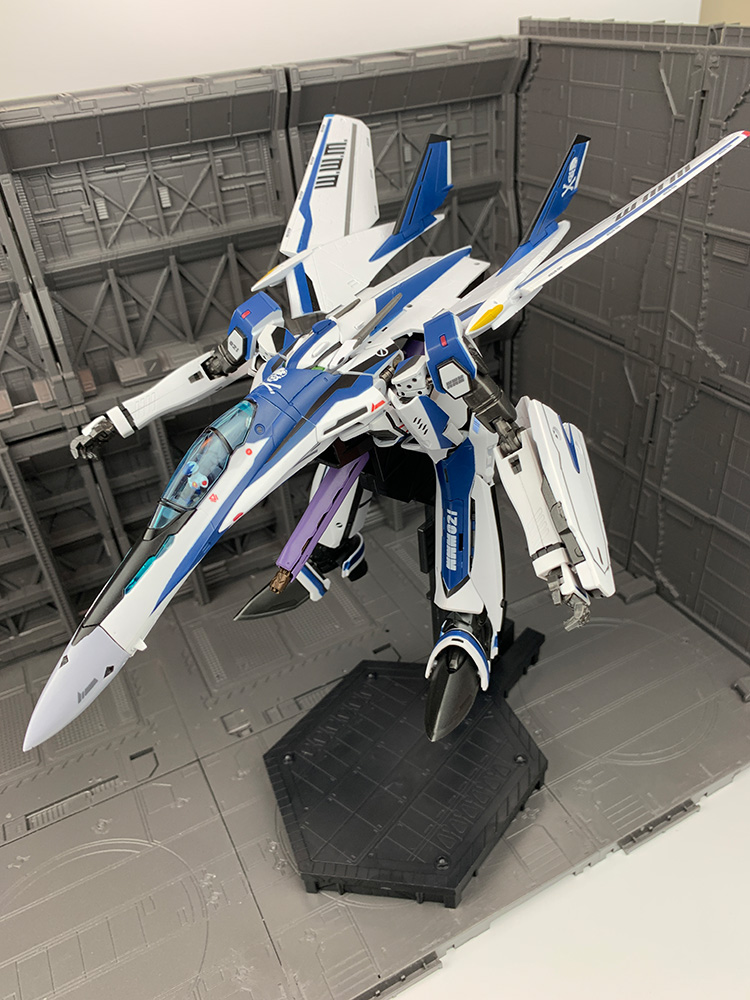 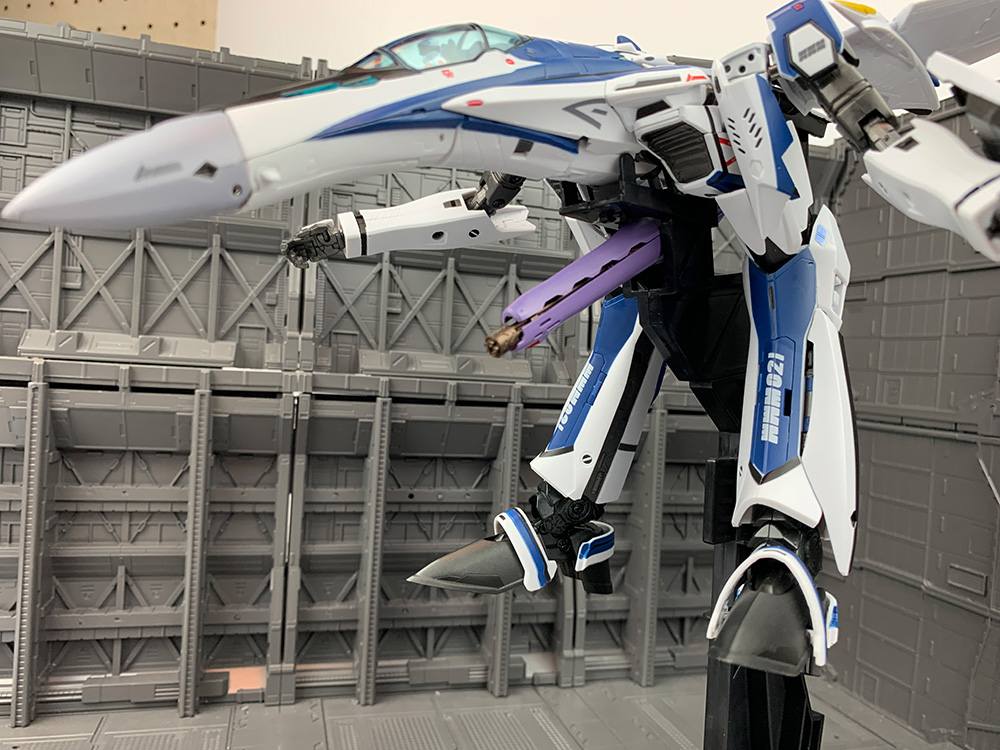 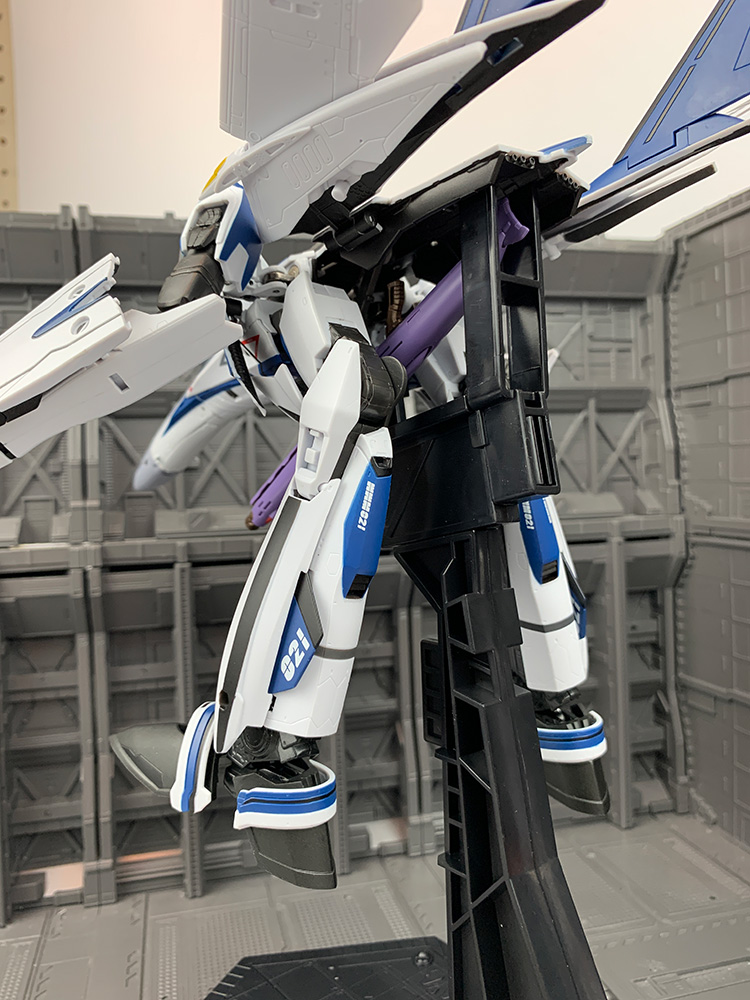 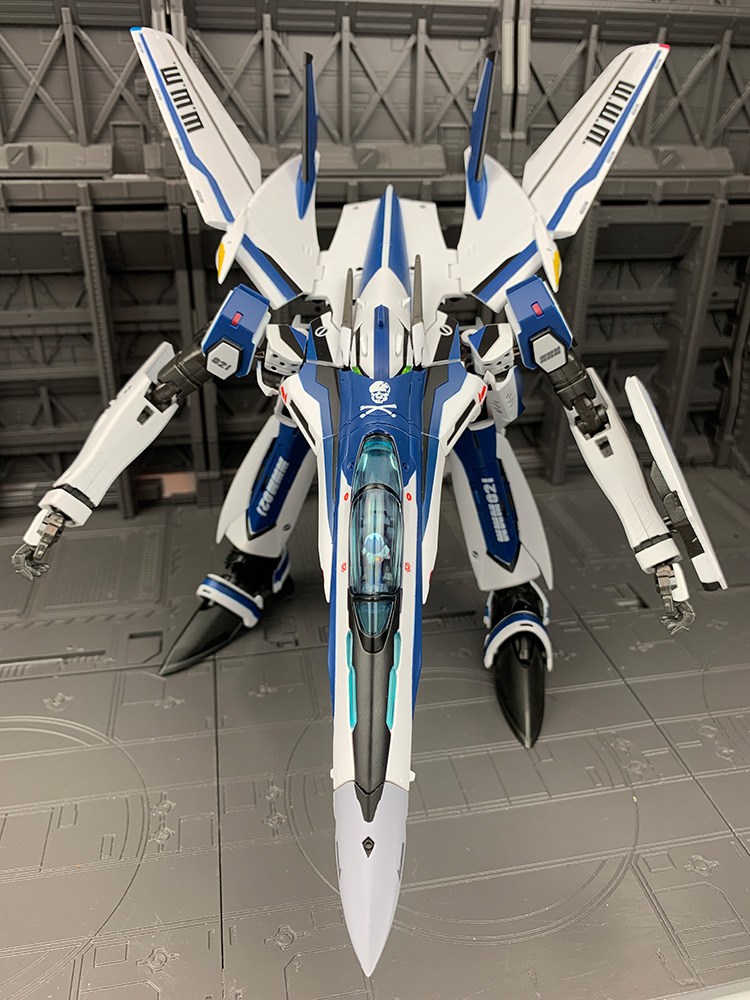 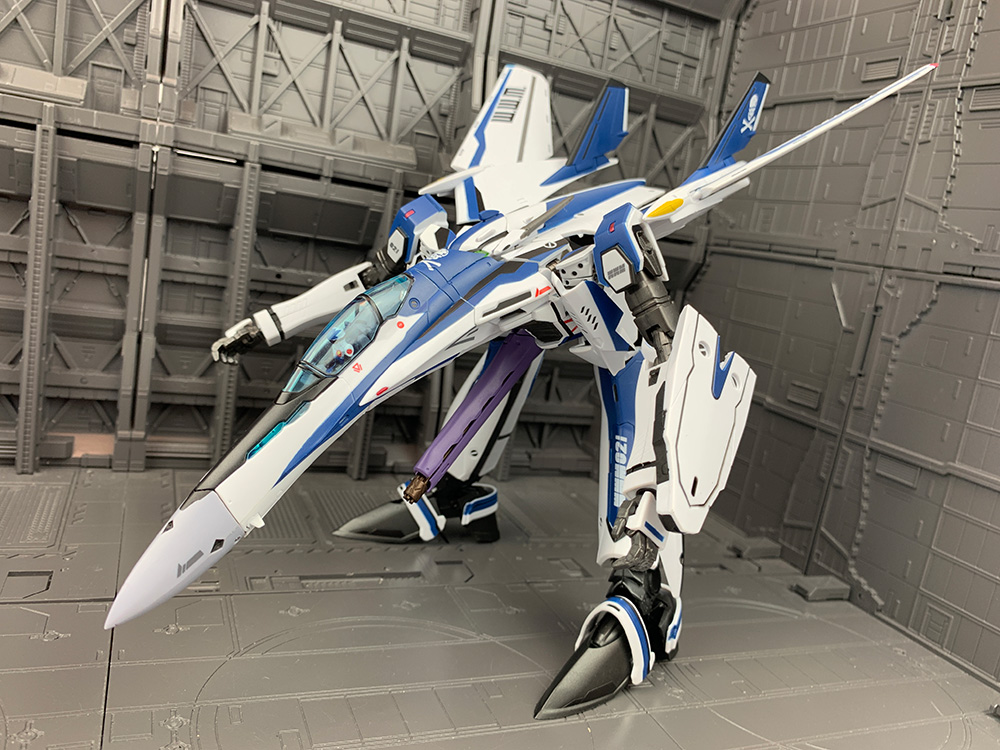 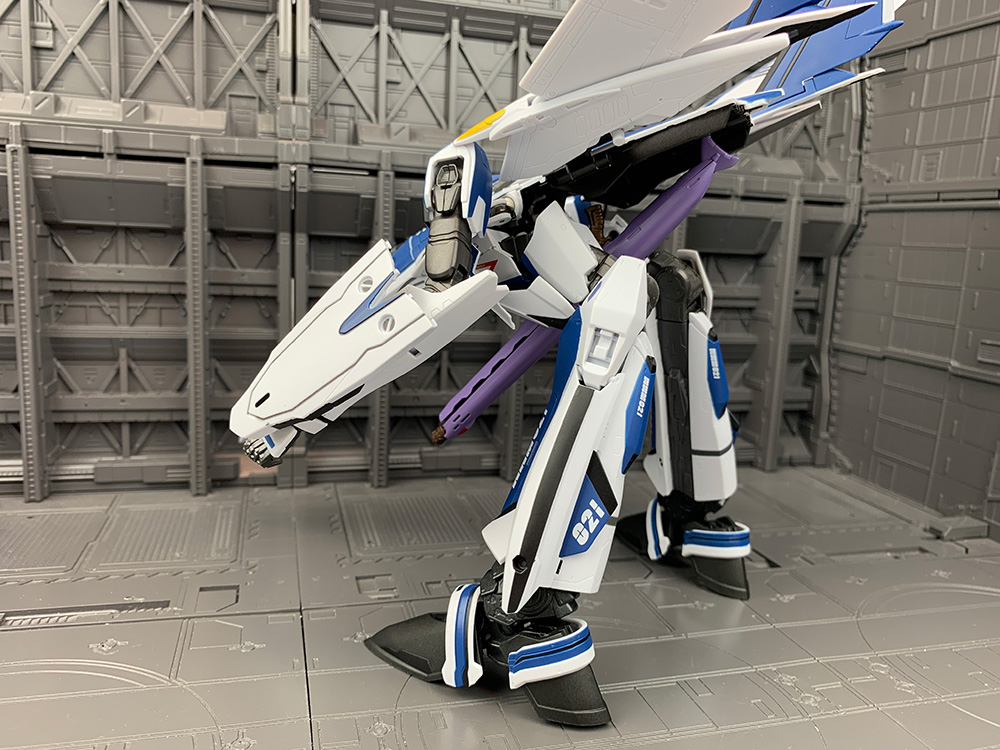 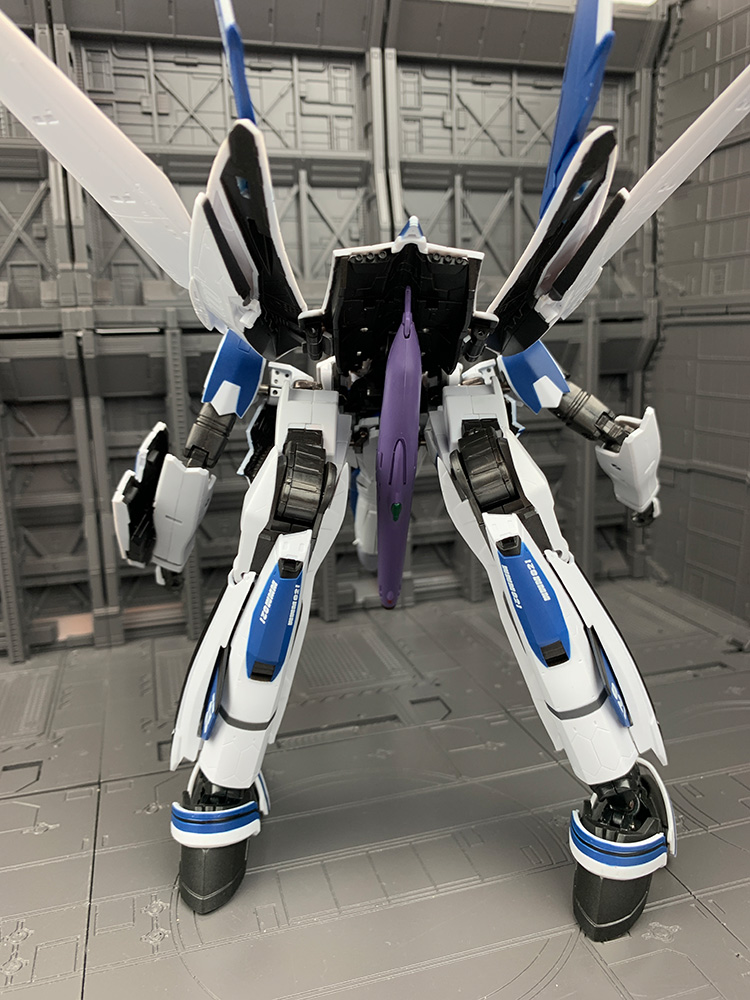 This version still is a bit wonky with the waist connection. The clips don't like to stay clipped and the thing has a tendency to tumble if everything isn't just so. 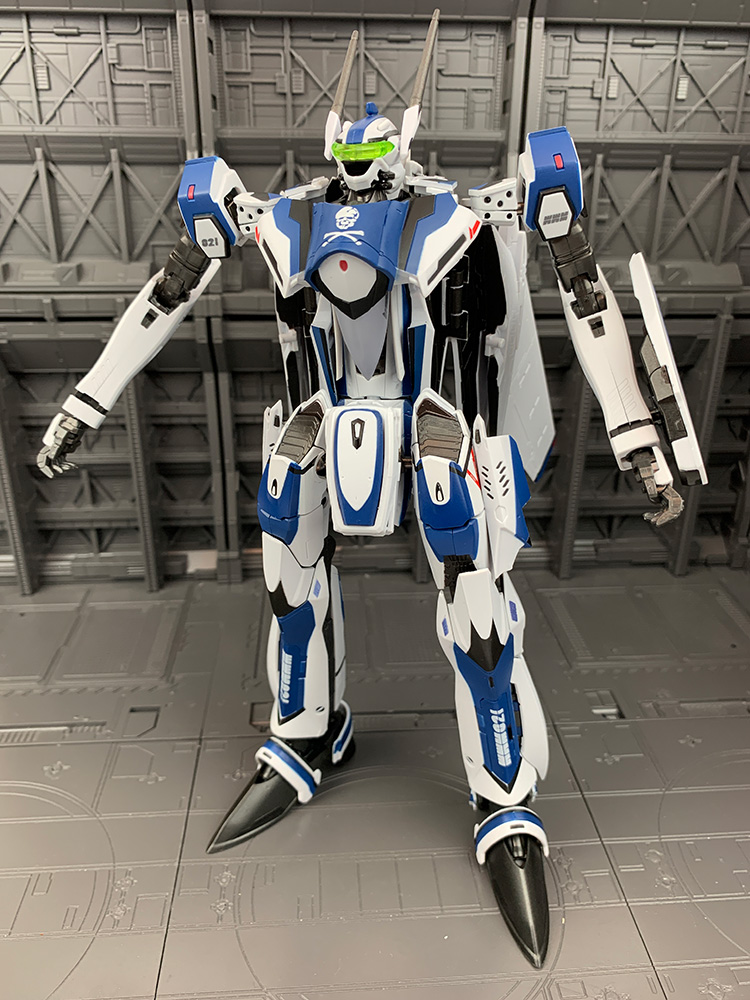 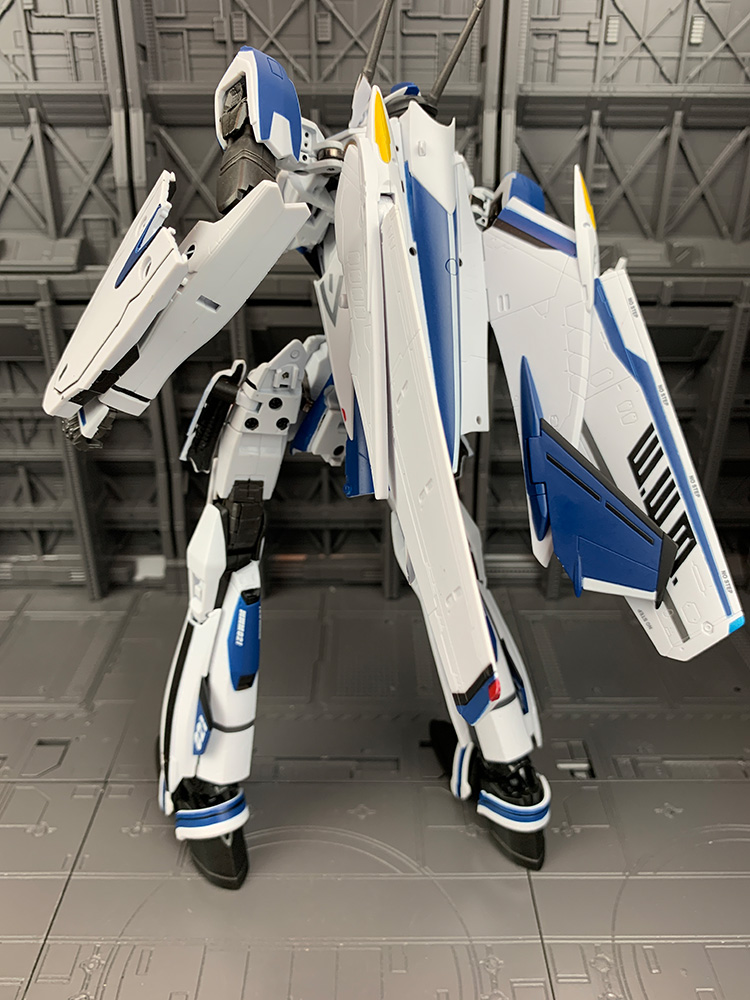 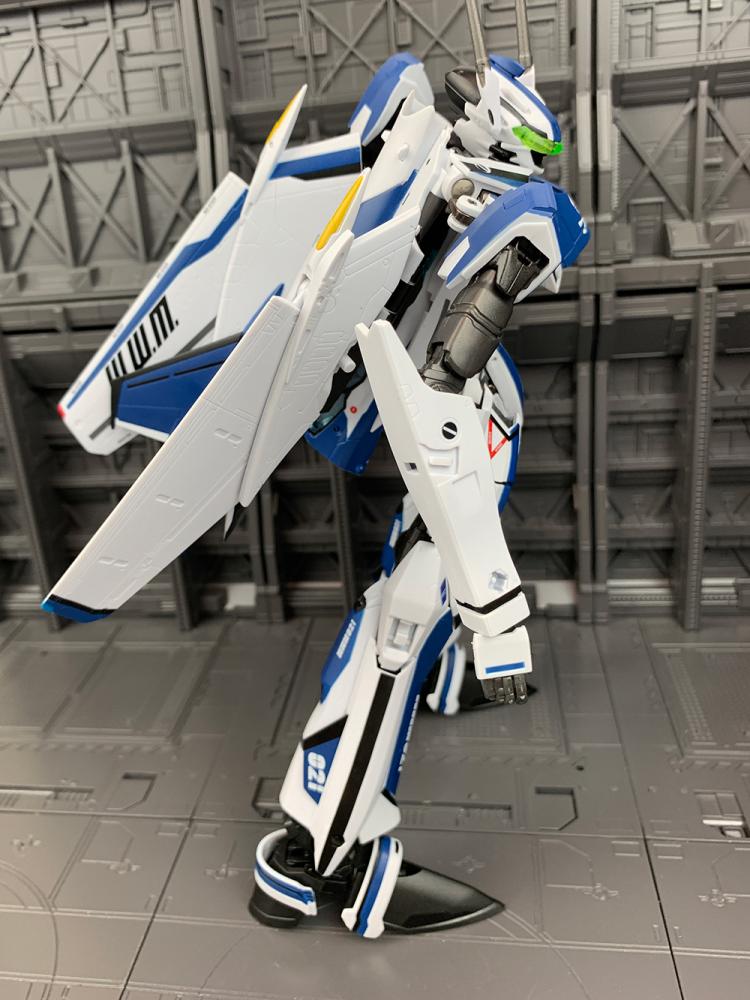 Extra hands are included, but the default articulated hands work well enough in most circumstances. 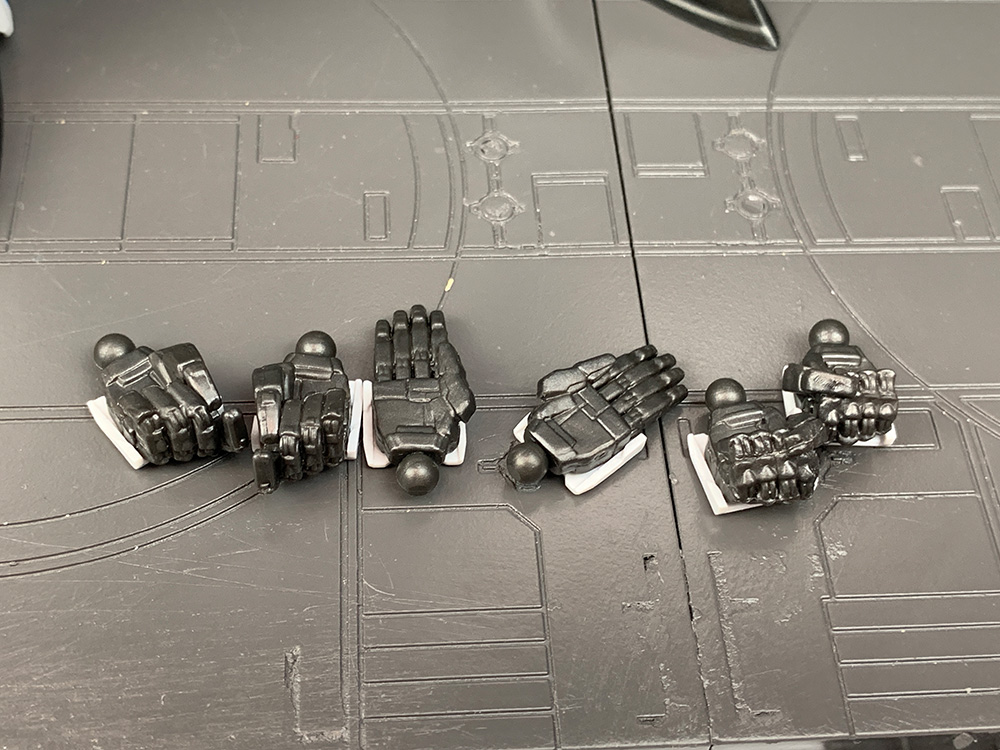 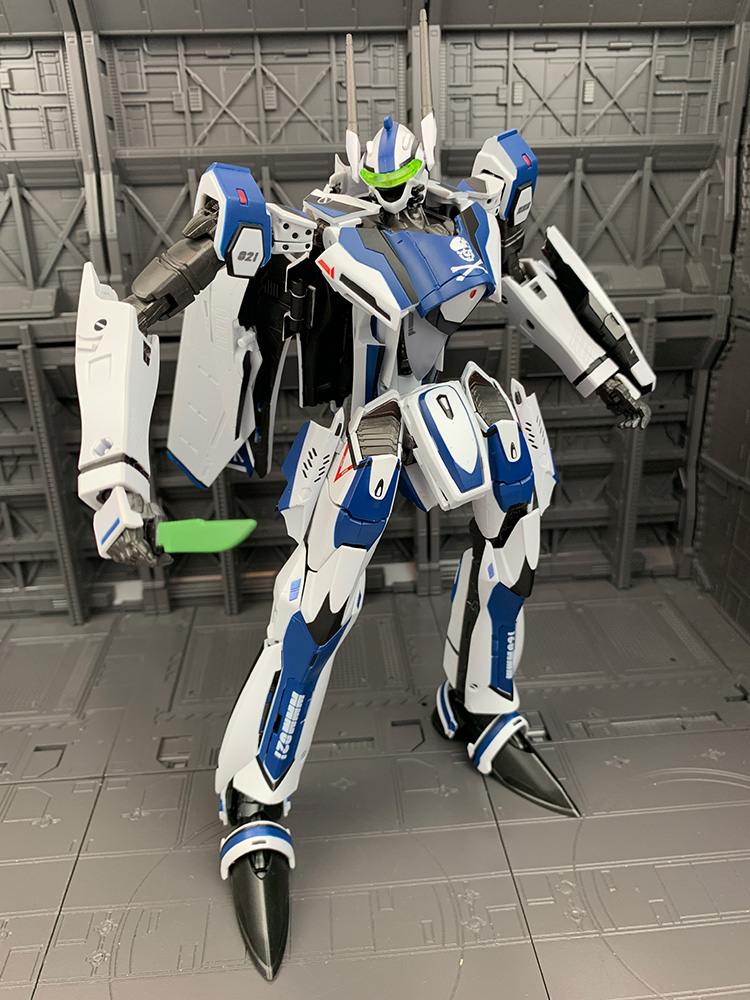 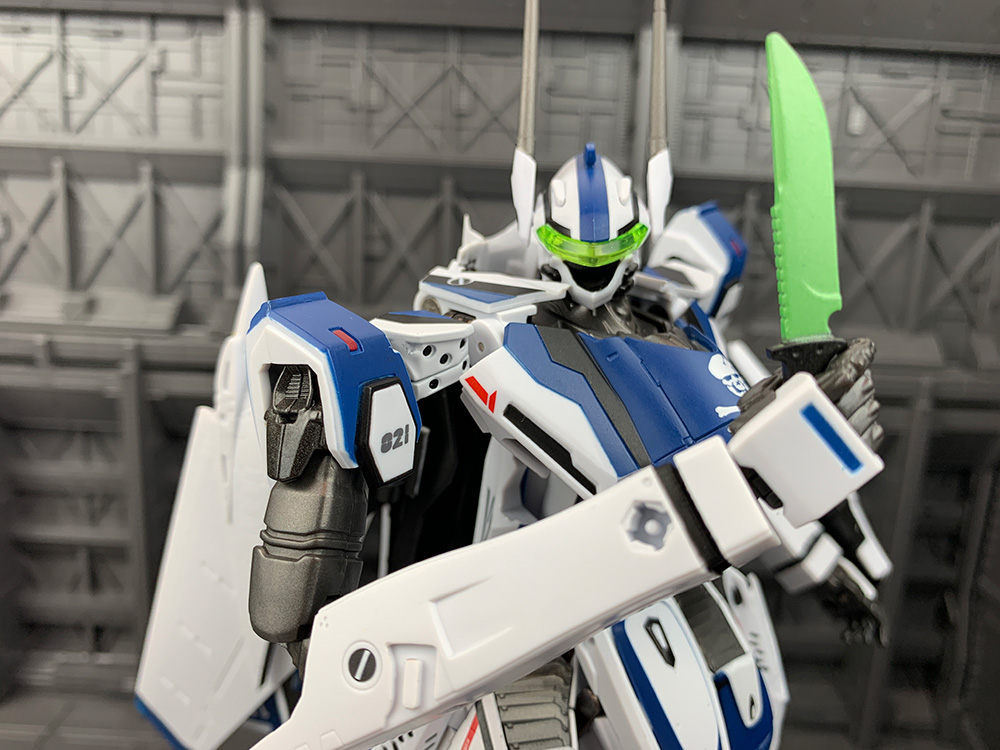 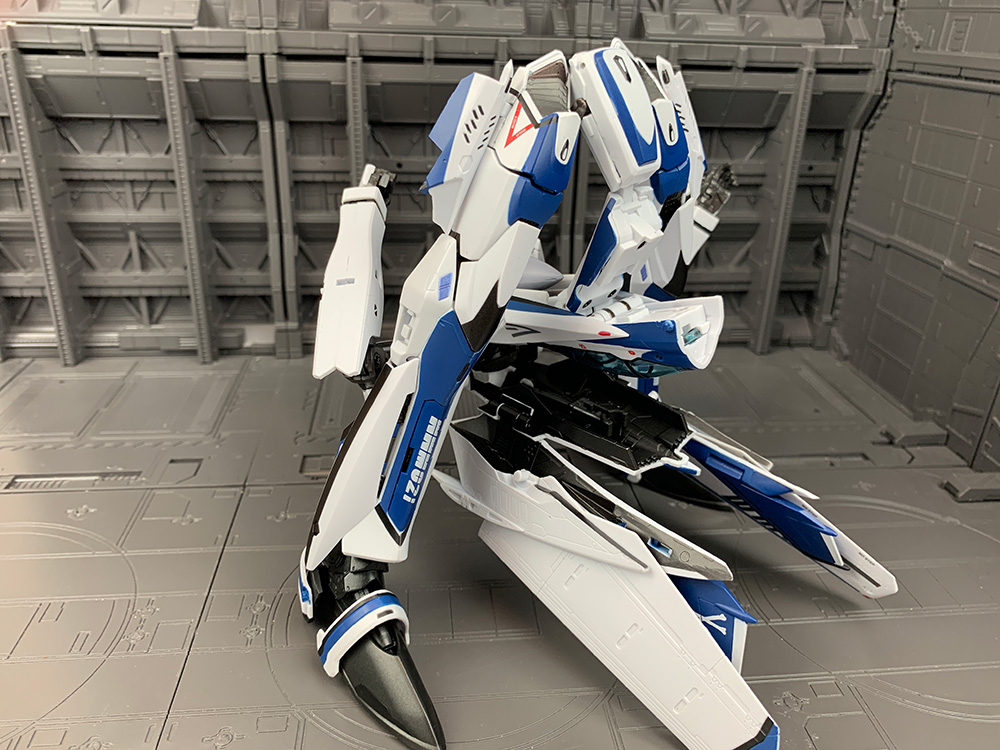 The gun is nice as usual. 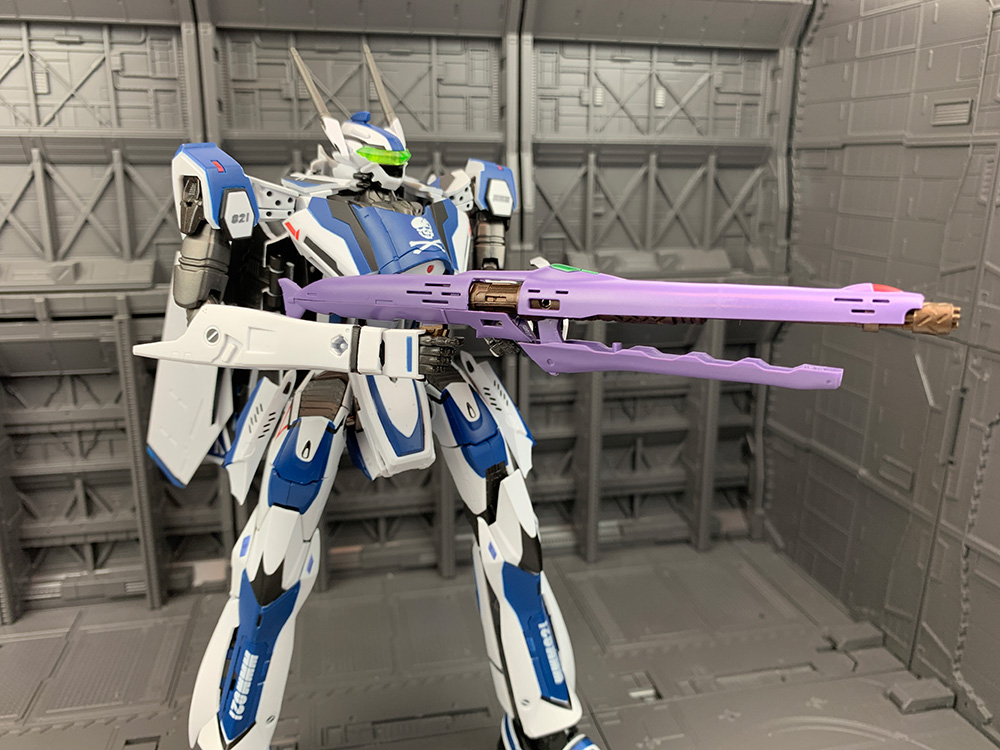 To stop fall down go boom, use the stand. It's got a magic block that holds the parts in place. 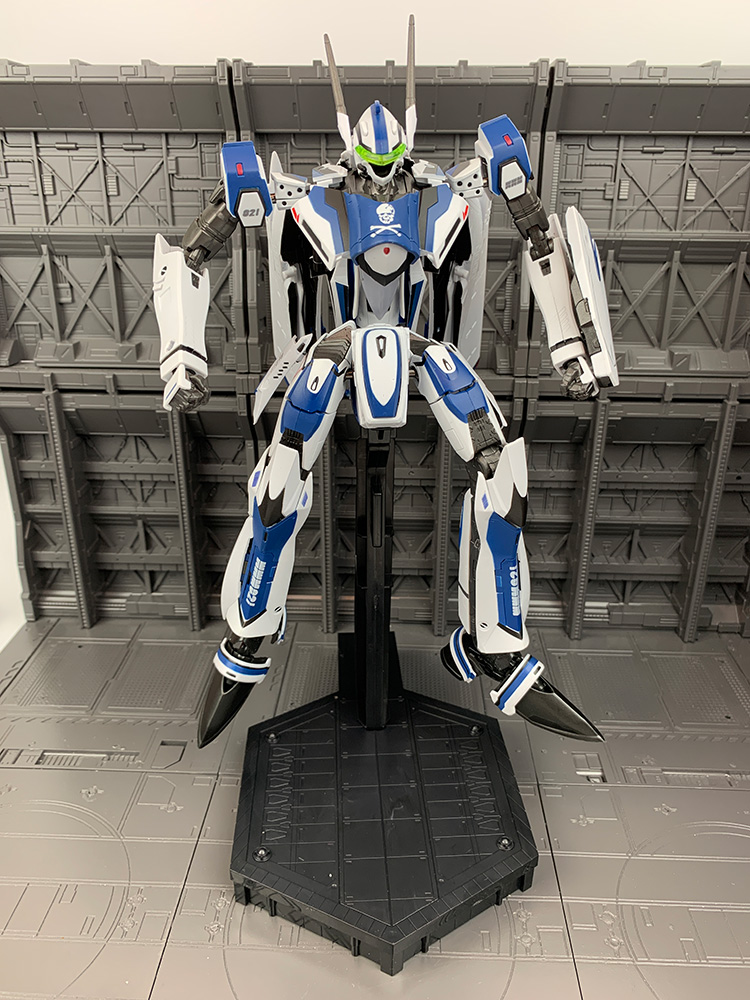 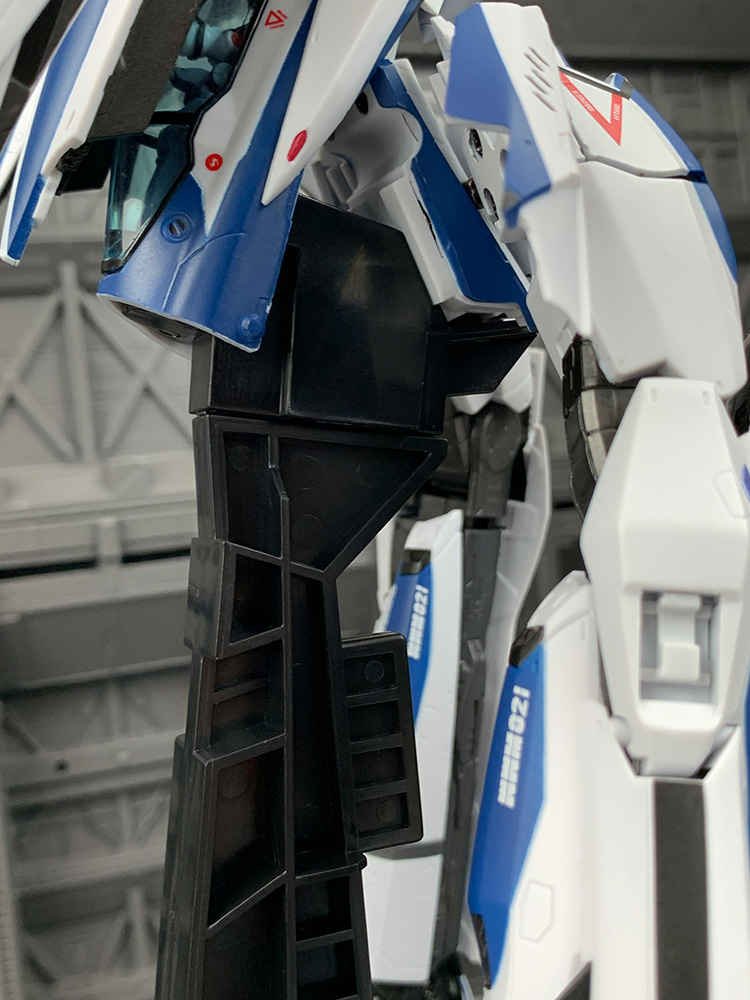