Fun fact. If you time it out, Rick Hunter (AKA Hikaru Ichijo) actually spends more time on screen in Roy Focker's VF-1S AKA Skull One than he does in the VF-1J that was his and his alone in Robotech & the Macross TV series. Even so, that red/white layout gets a little more shine between marketing materials and its prominence in the intros of both shows. 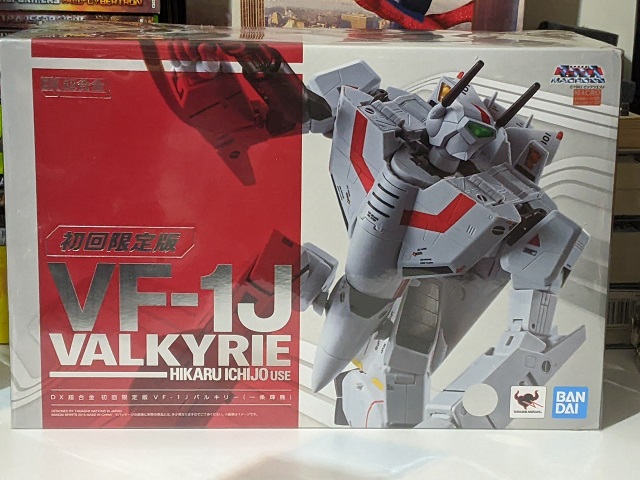 So it's not surprising this VF-1J is the first VF-1 Bandai released as part of their DX Chogokin toyline. I previously reviewed the VF-1S Hikaru type here, so I won't be as in depth in this one. But this is still a marvel of toy excellence.

Again, it's a nice box. Shiny with the foil text and clear on what's inside. 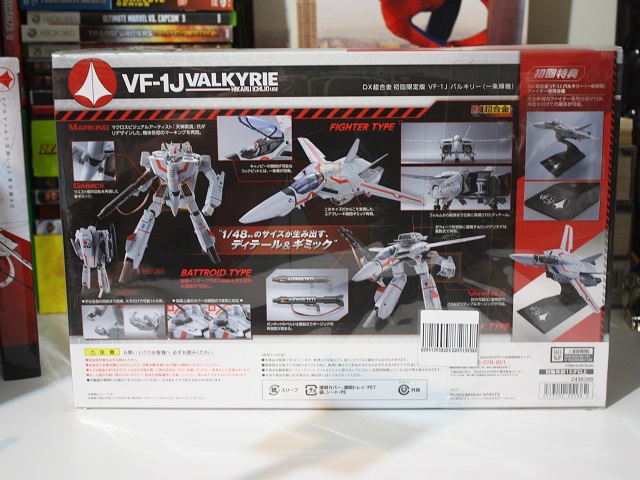 Unique to this release is what's featured on the right-hand side on the back. 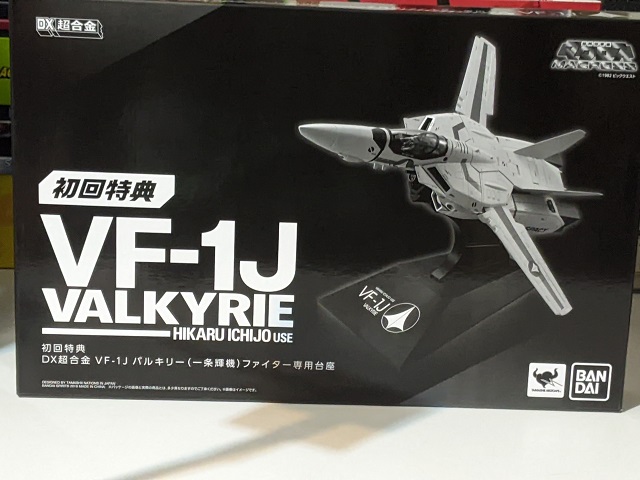 To commemorate the occasion, Bandai included an extra stand with model & pilot designation. It comes in its own box, and the two boxes actually come in a big sleeve I forgot to shoot. 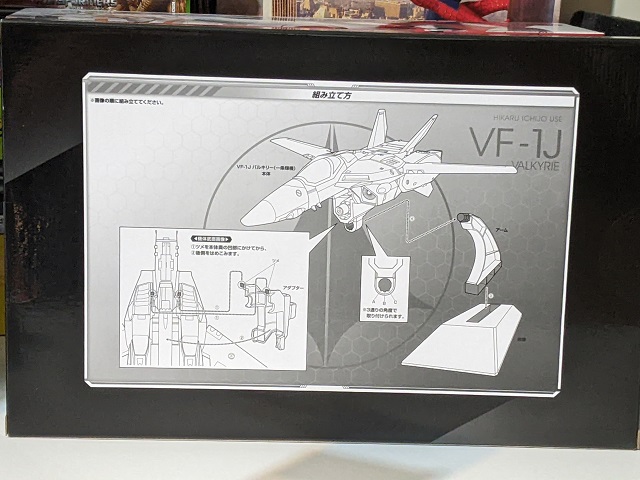 The instructions are printed on the back. It's strictly for fighter (Valkyrie) mode, but for extra flair, the mounting bracket can be set at three different angles. 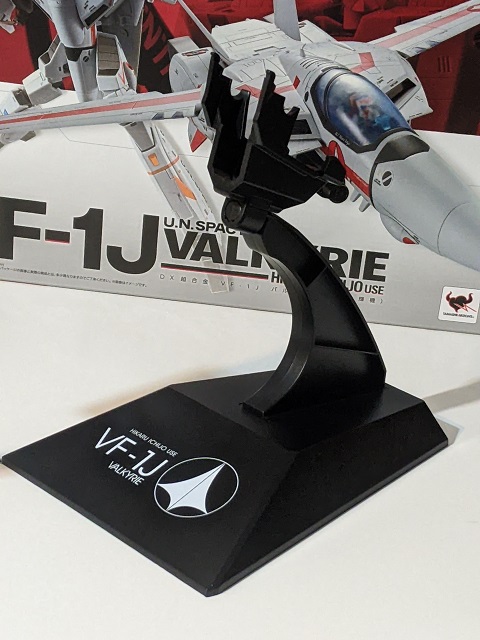 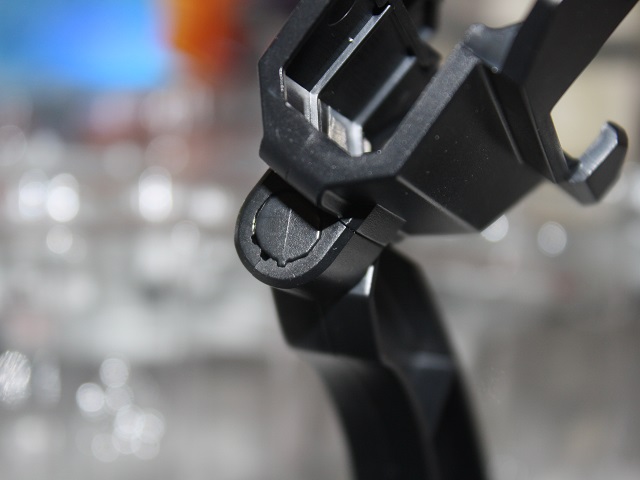 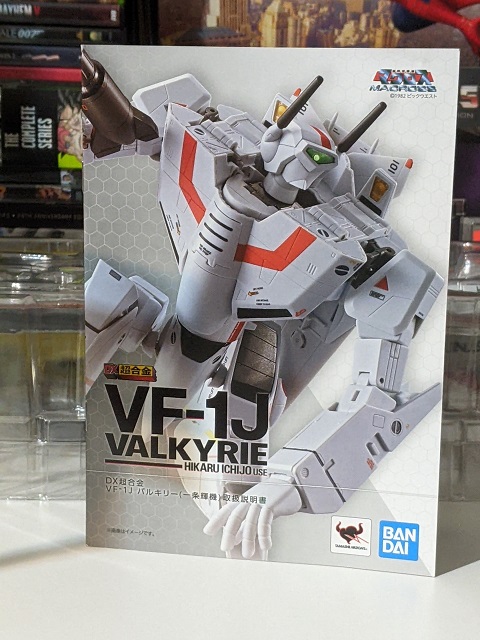 An excellent instruction manual, easy to follow even if you can't read Japanese. 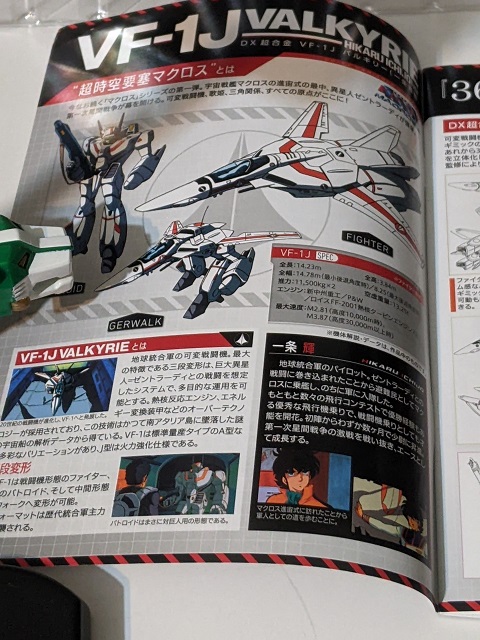 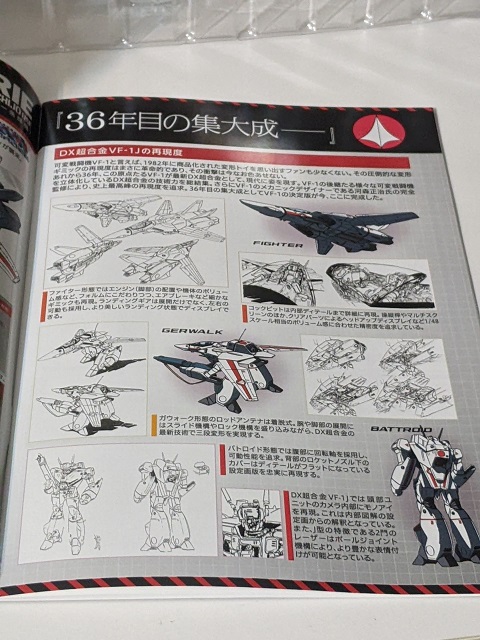 Besides instructions, there are two pages full of info about the specific unit and pilot. 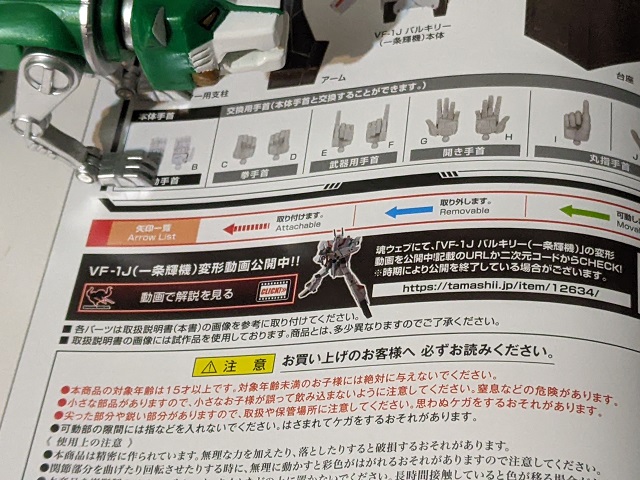 What I didn't notice before is the web address for the item page on Bandai's website. That's really cool. If you've never been, look up Tamashii.jp. I wish more toy makers had sites like this. 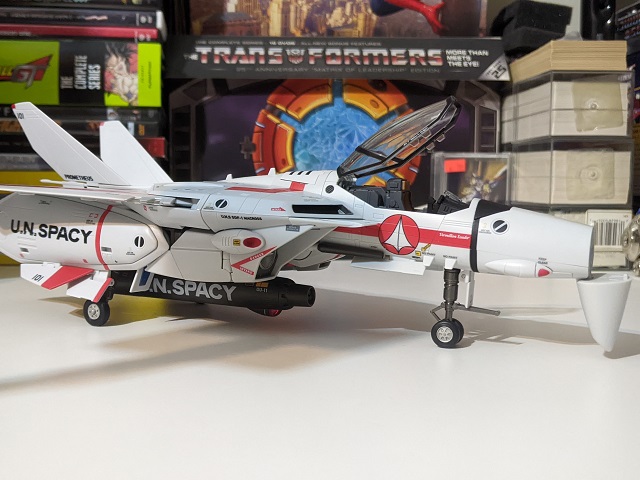 I was surprised by the amount of tampos when I got this out of the box. Pictures I'd seen made me think this would have a cleaner look, since the TV animation doesn't have the hyper-detail of Macross: Do You Remember Love?. That would have been cool, but it's beautiful as is. The only feature I missed with the VF-1S is the nose cone lowering. Otherwise, it's the same vehicle in every way except for deco and head. 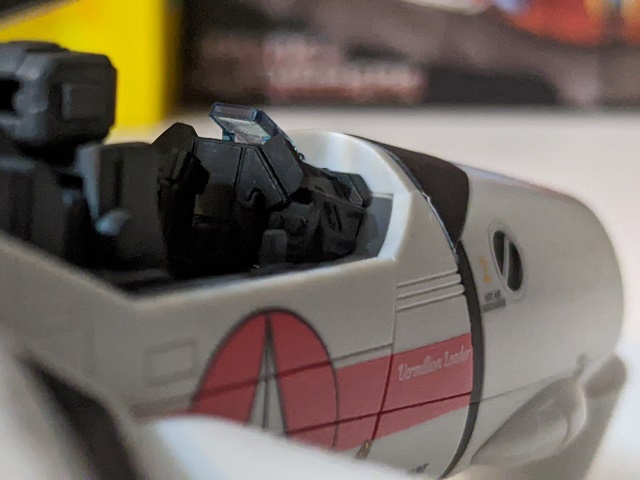 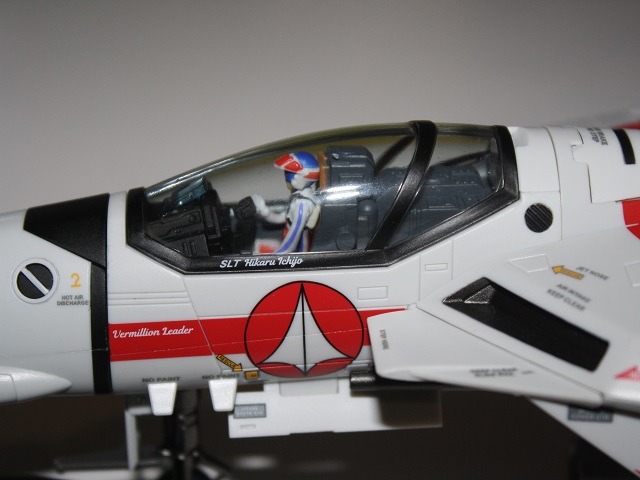 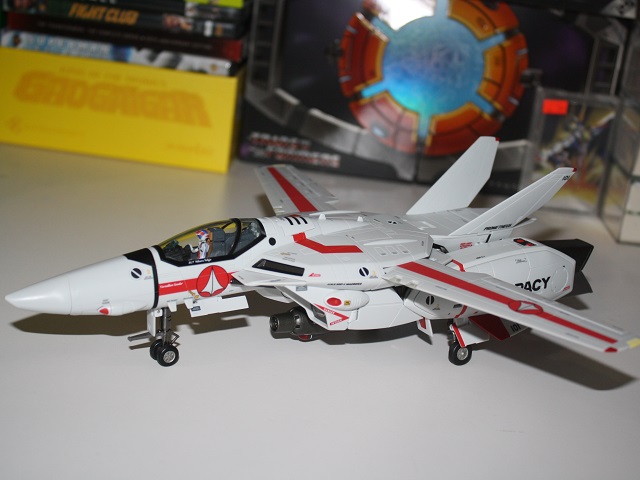 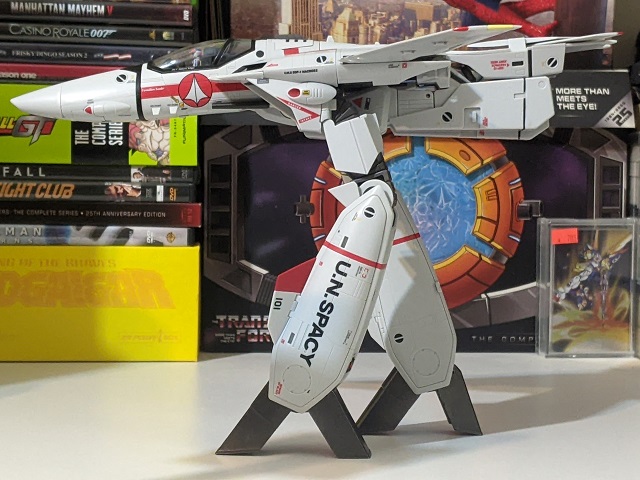 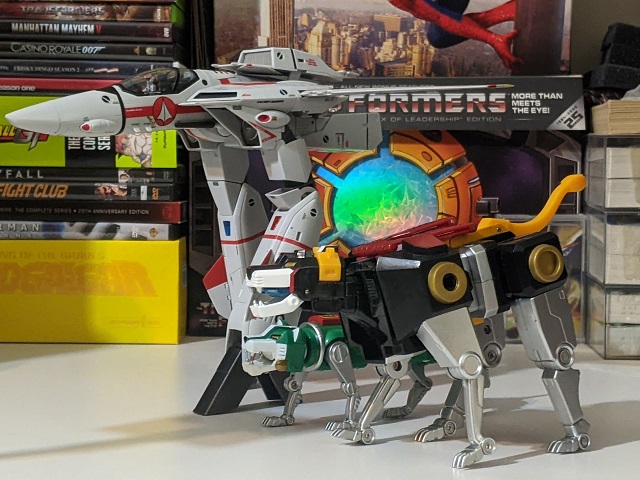 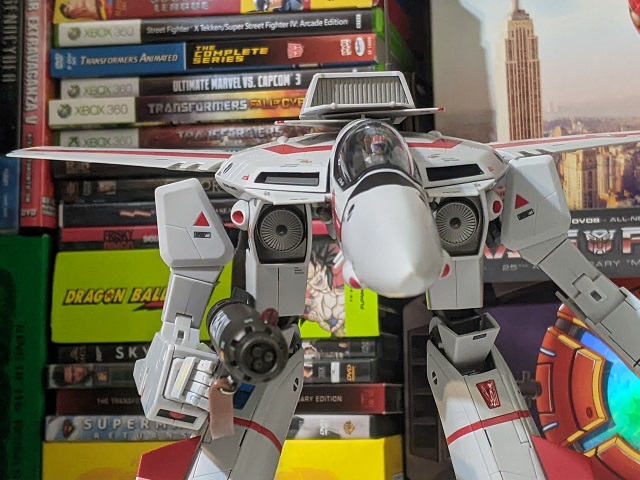 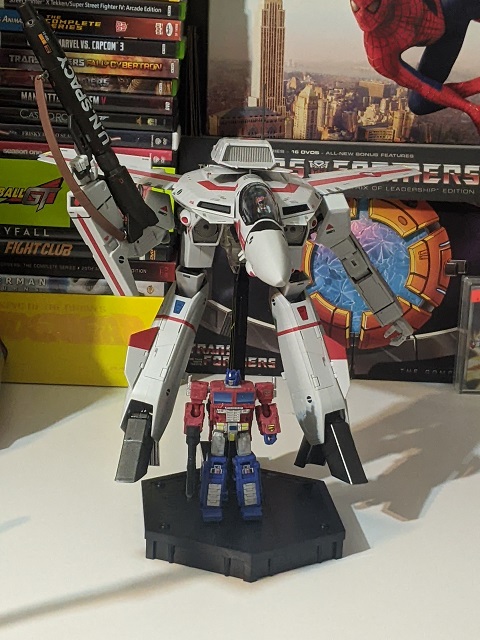 The standard stand is also included, which means you have one for every mode. 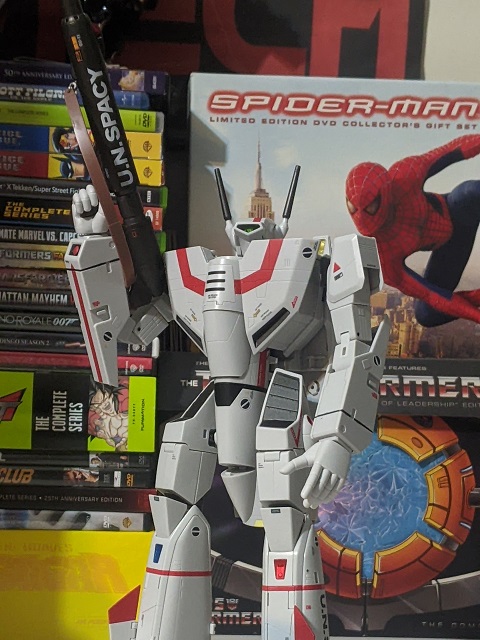 I actually wish I hadn't noticed the nose cone, because now I keep messing with it. My goof aside though, this is fantastic from fighter to guardian (gerwalk) mode to battleoid (battroid) mode. Kind of plain, simple with so much white and no skull squadron symbol. And the fat hands were a thing on TV, so that's what I went with. 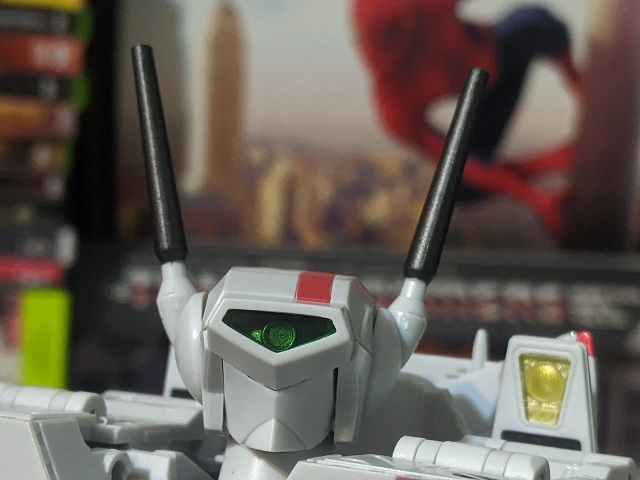 I'm again impressed by the detail in the visor, and the sculpting that gives us a neck for the head to rest on. 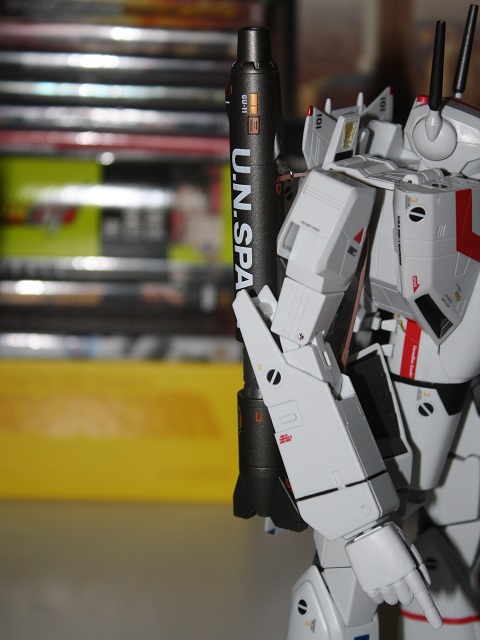 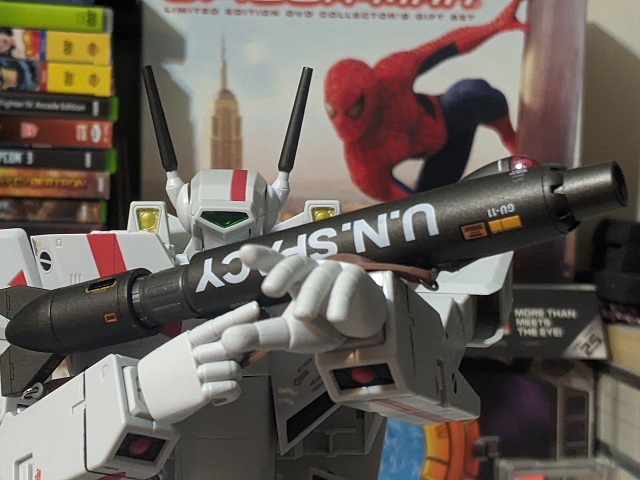 I'm convinced now that I've tried that the anatomy of that famous "reaching for your face" poster is impossible to get with any toy. But this is close enough that I'm not disappointed. 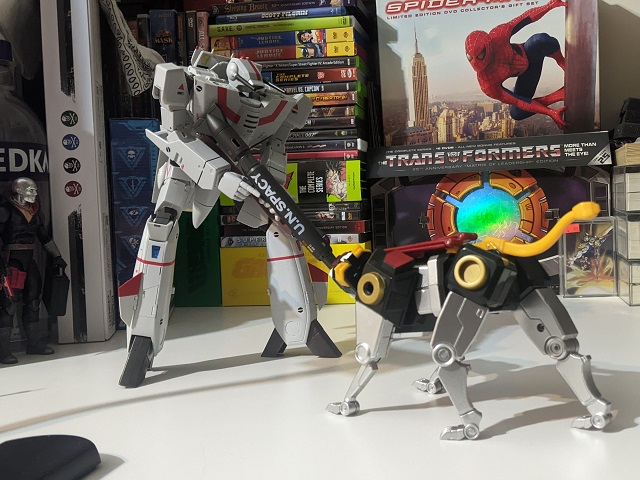 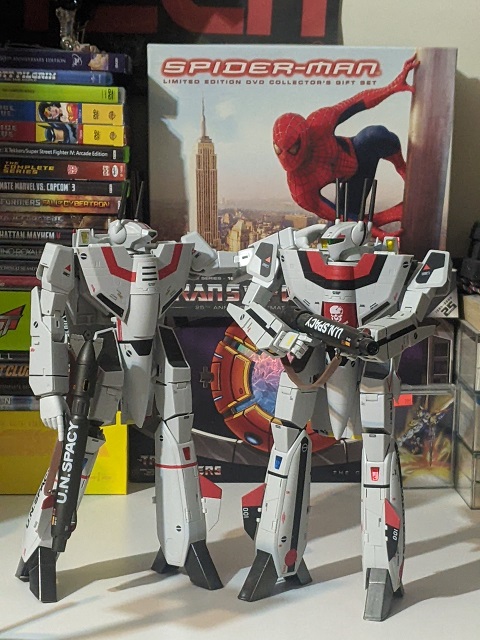 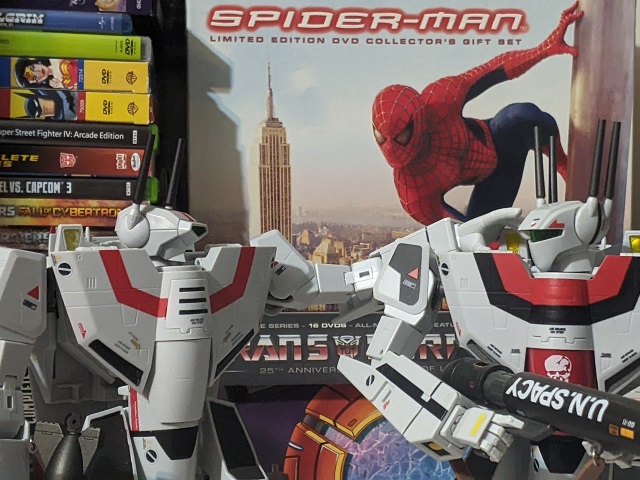 You can't go wrong with either if you only want or can only afford one. 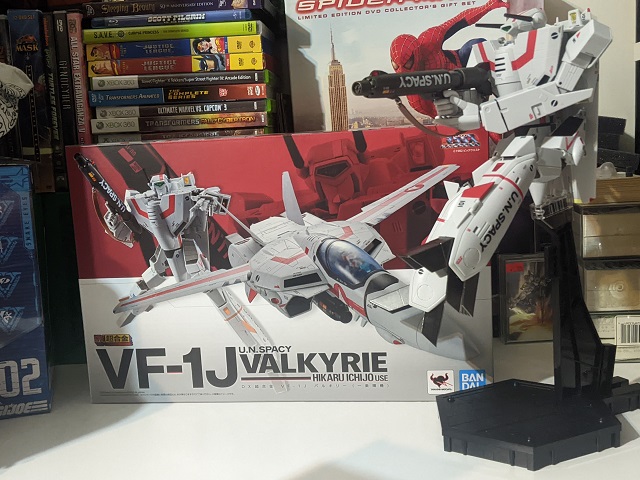 And once again, that's the only issue with Bandai's DX Chogokins. These VF-1 units especially are hard to get outside of Japan even when they're initially released, and then the price blows up. I got this from a store in Japan I can't remember the name of anymore, but it was well over retail. Worth it for me, but to each their own.