Tailpipe (Known in Machine Robo as Skyline Robo) comes in two versions. The red version is the more common one, but it's still one of the more rare and in-demand Gobots. The Black version of Tailpipe was only released in the US, and significantly more rare. (Some say it was only released in Canada, nobody knows for sure) For some reason, the card art for the Gobot version showed the black version even though the red version was more common. Tailpipe was released at the end of Series 2 of Gobots. 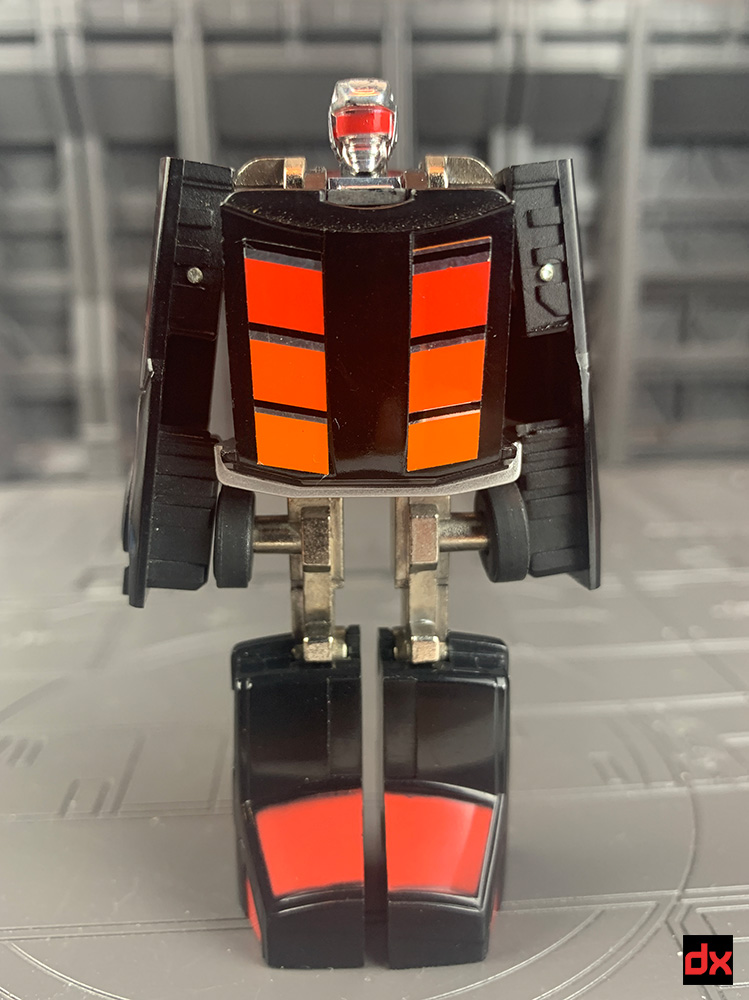 He's identical to his red counterpart aside from color and stickers - the mold remains the same. You can check out a review of the red version here. 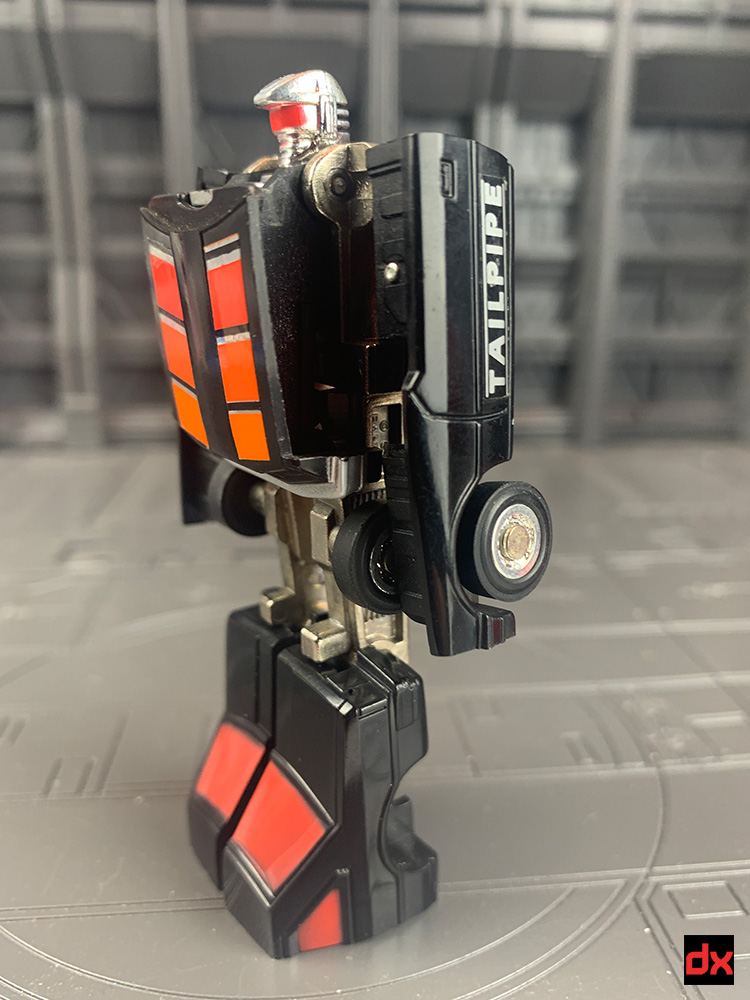 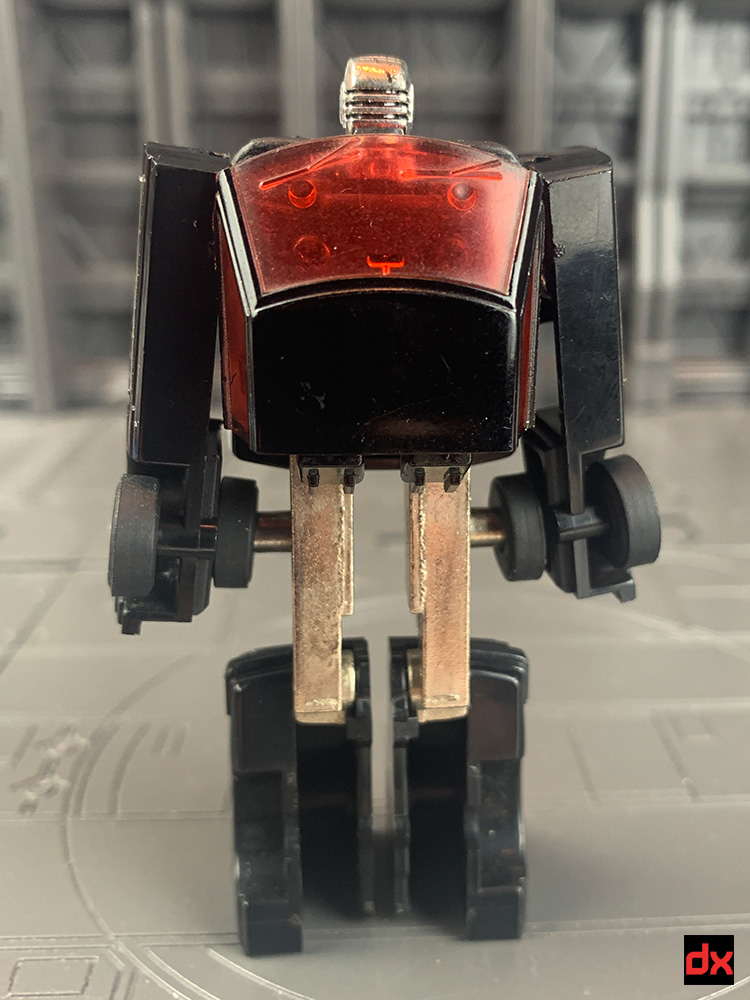 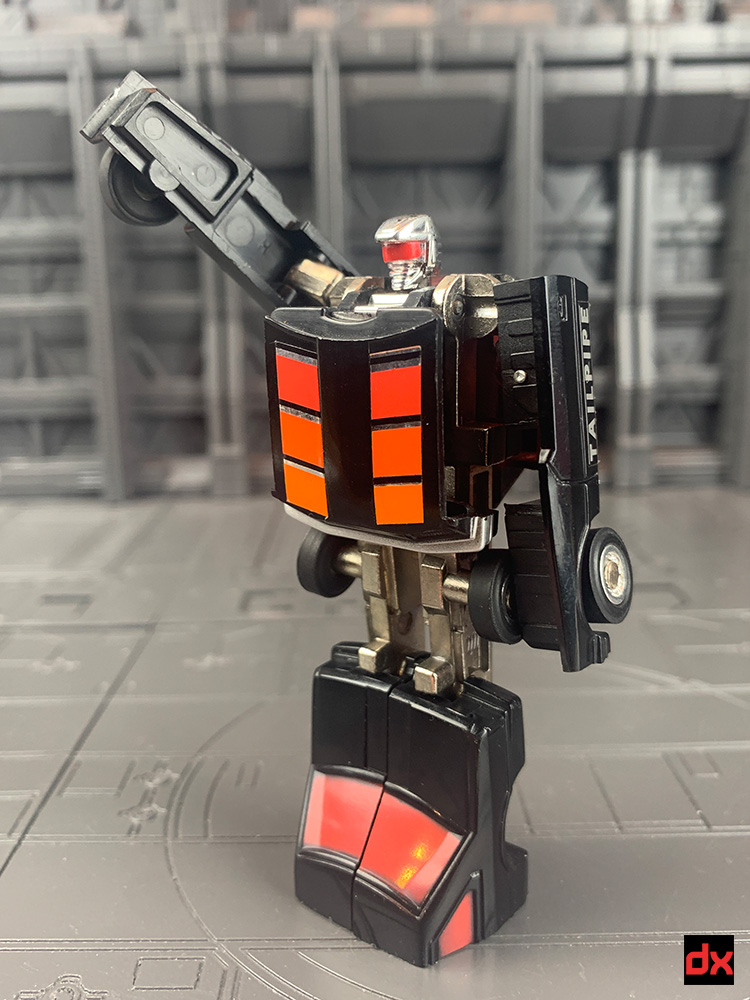 There are new stickers for the windows and body. The side sticker has been reworked to say TAILPIPE. 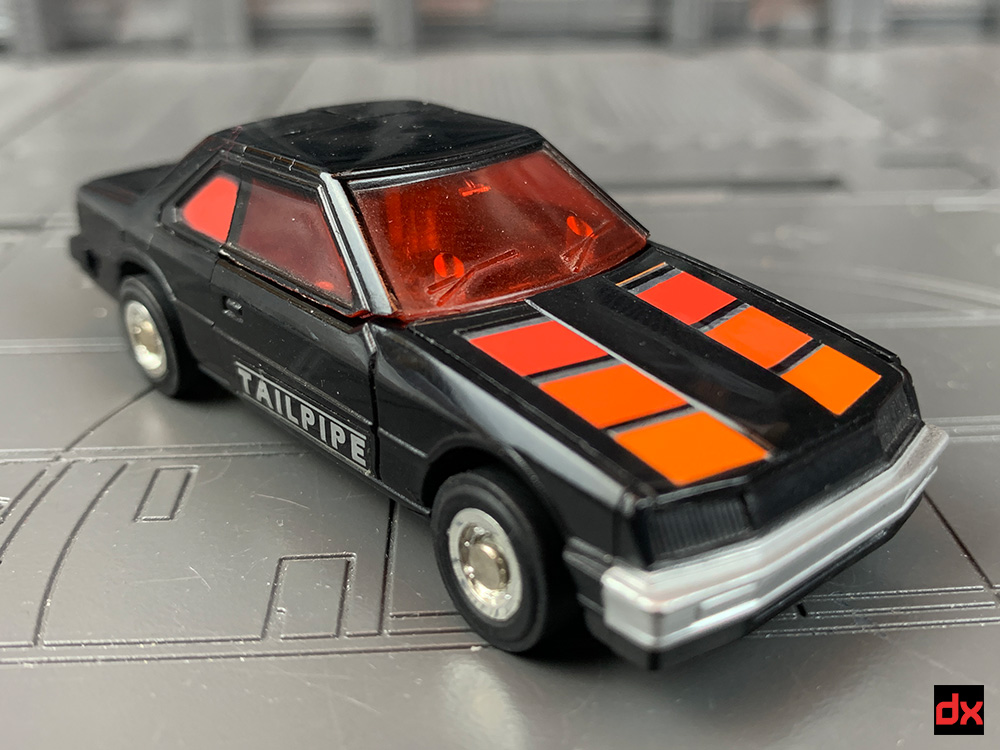 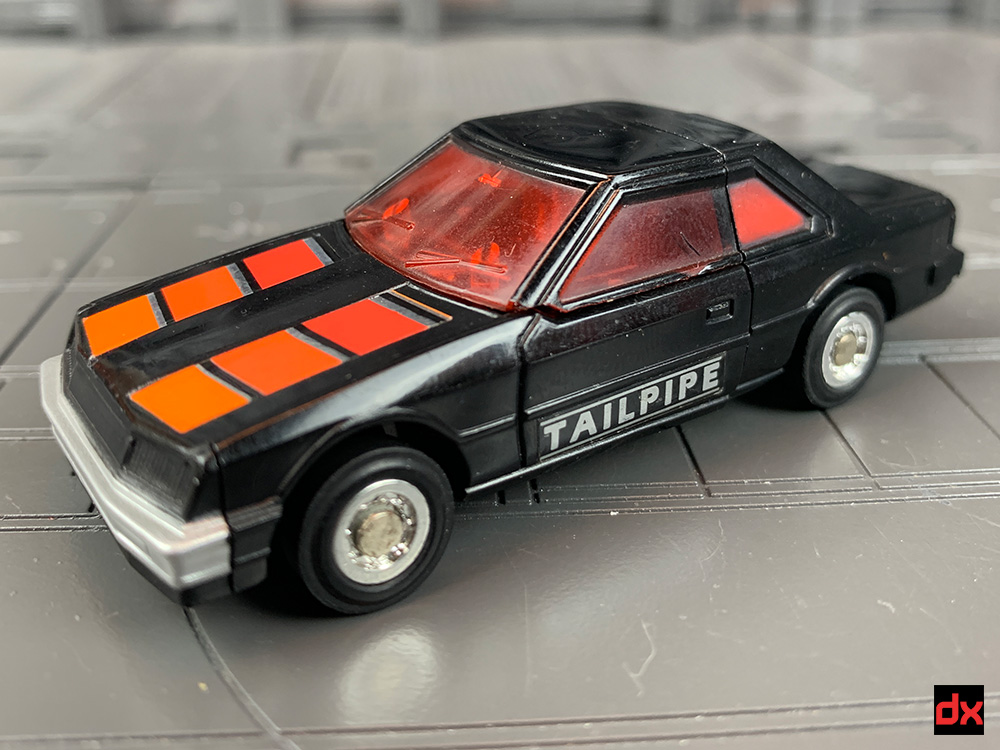 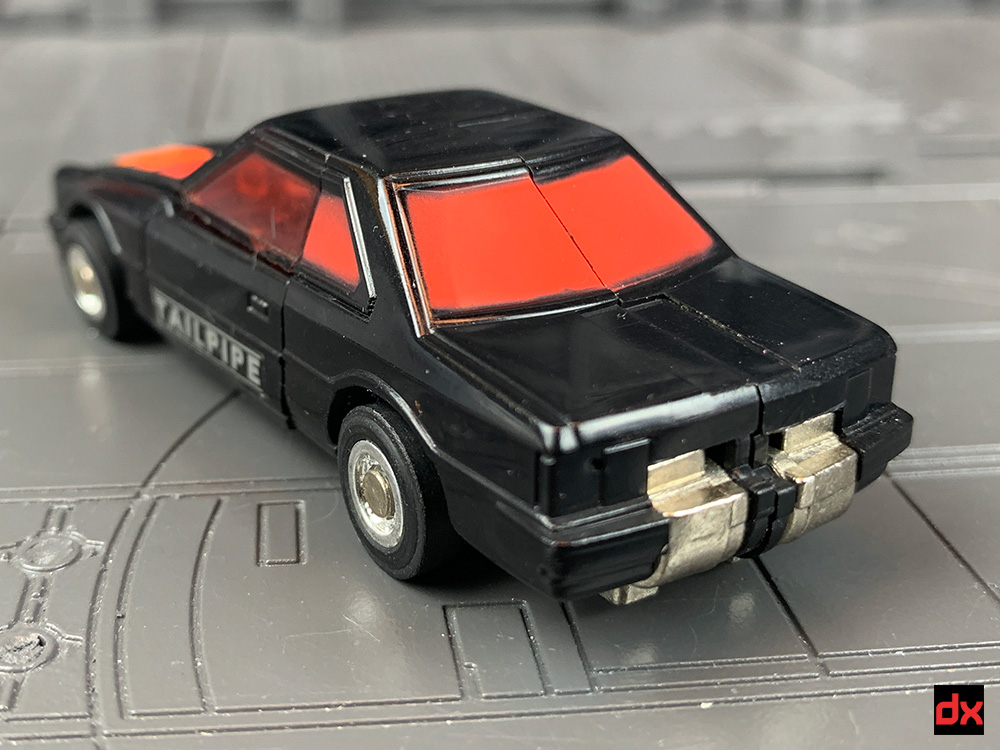 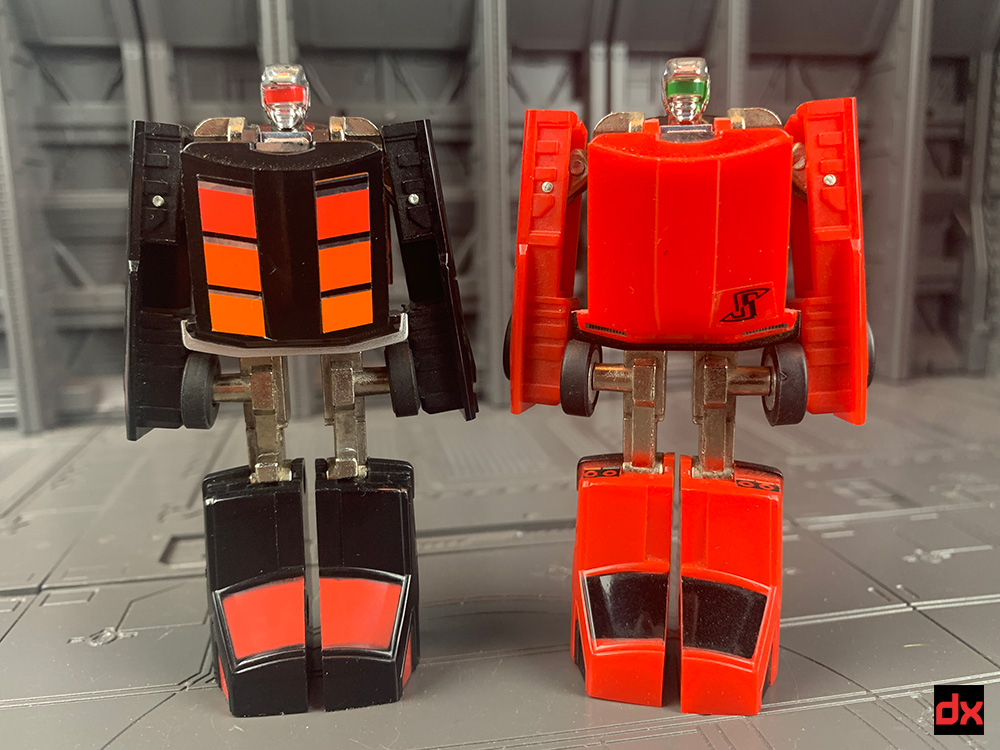 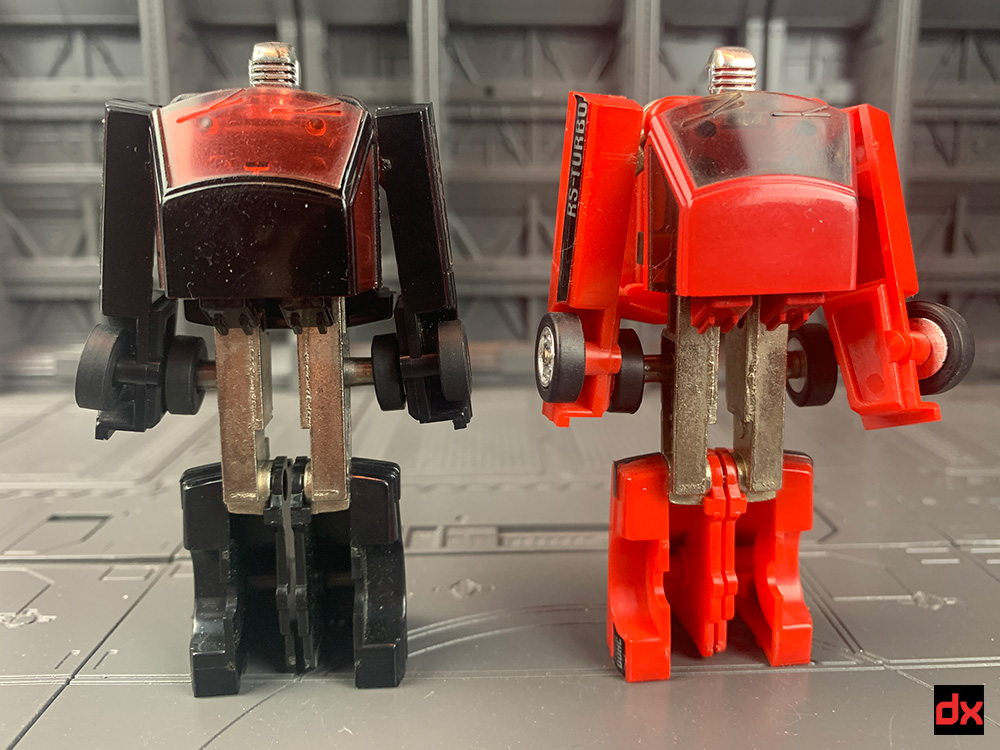 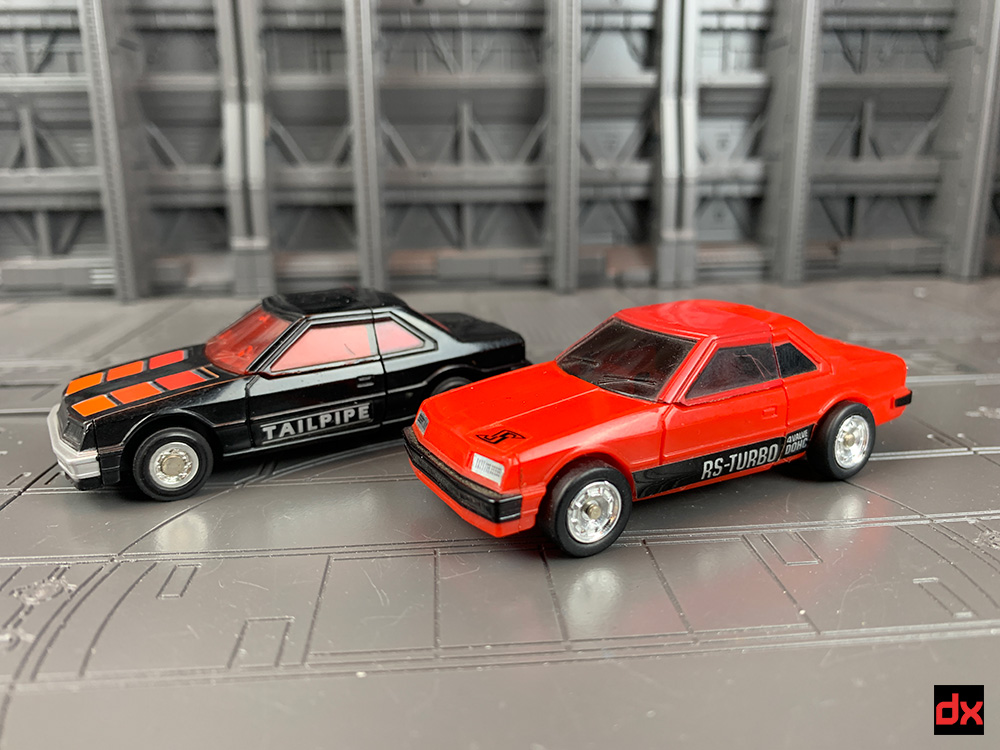