R-Zico is the helper robot to the Metal Hero Janperson. Janperson is a lesser-known Metal Hero from 1993 and it fell in that unloved grey zone of Metal Hero shows like Winspector and Solbrain. I have a soft spot for these obscure Metal Hero characters, and while I don't actively collect them, sometimes I find a good deal on something and take the plunge.

DX R-Zico is basically life-size, and he transforms into part of a gun for Janperson. I say part because he's meant to combine with Janperson's pistol, the Jan Digic. I don't have that pistol (it's prohibitively expensive) but it works fine without it.

The box is huge, measuring 14 x 17 inches. Inside the toy is disassembled with assembly and stickers required. 2 AA batteries are also required but not included. 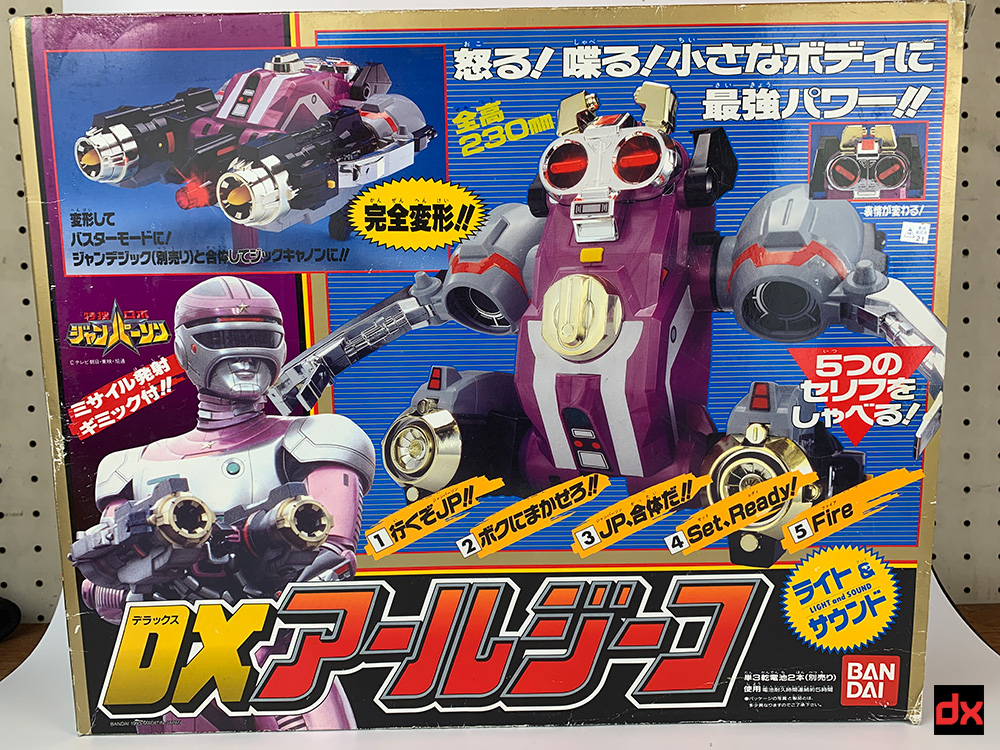 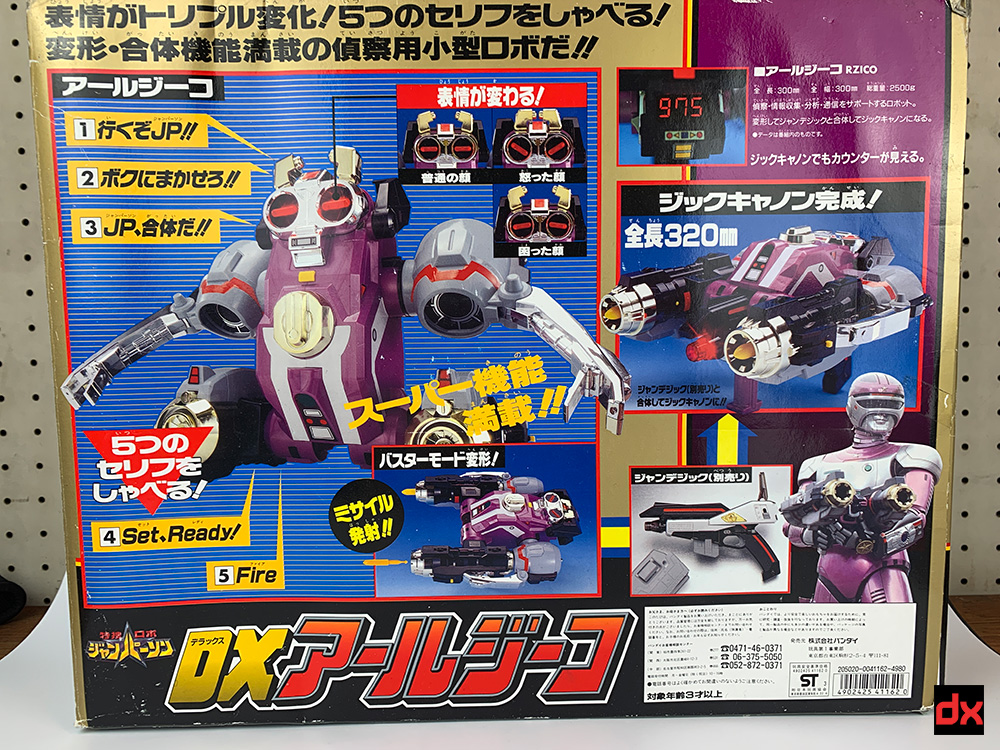 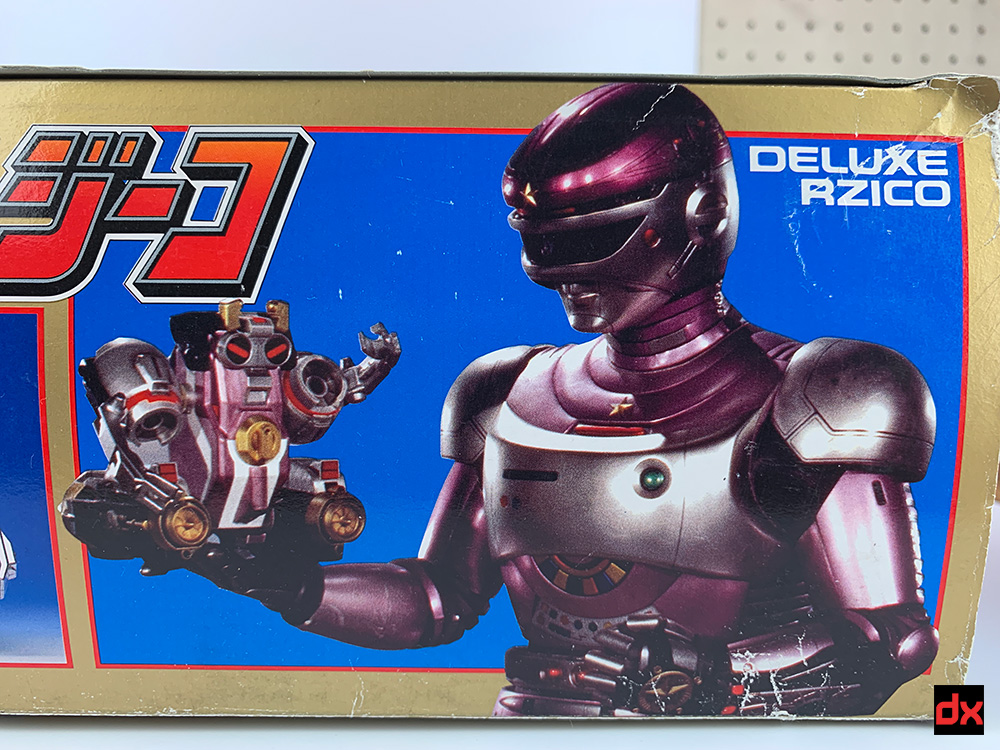 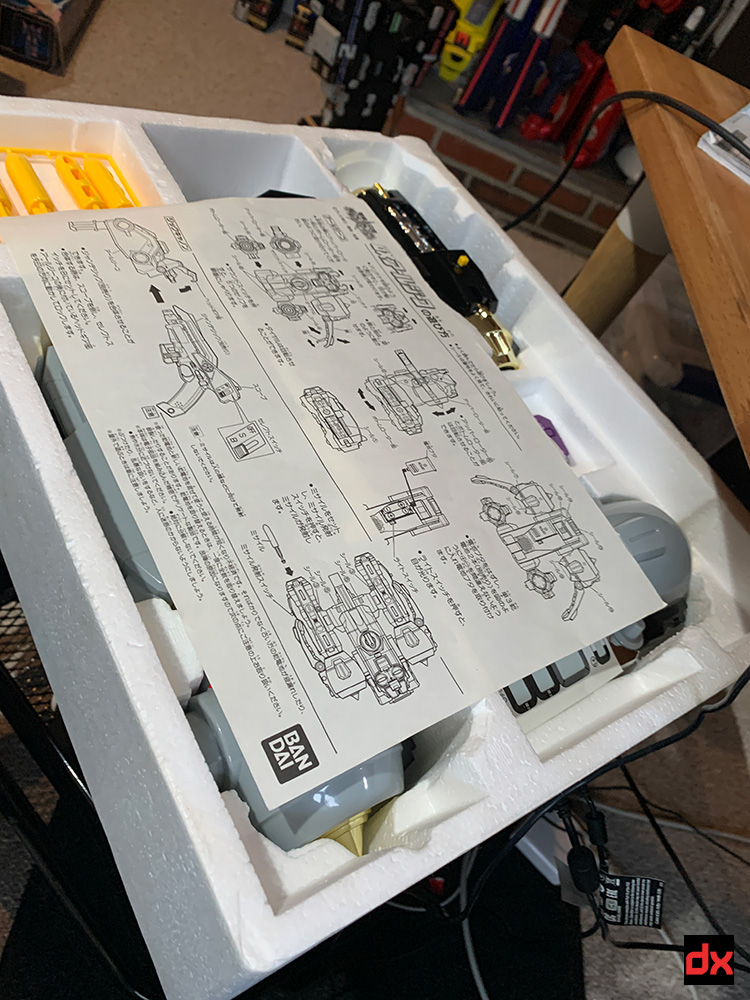 I made the decision to sticker this, and it was probably the wrong decision. The stickers just aren't adhering like they should, and some have already fallen off.

R-Zico is beautiful though, with gold chrome accents contrasting with the purple, black and grey plastic. 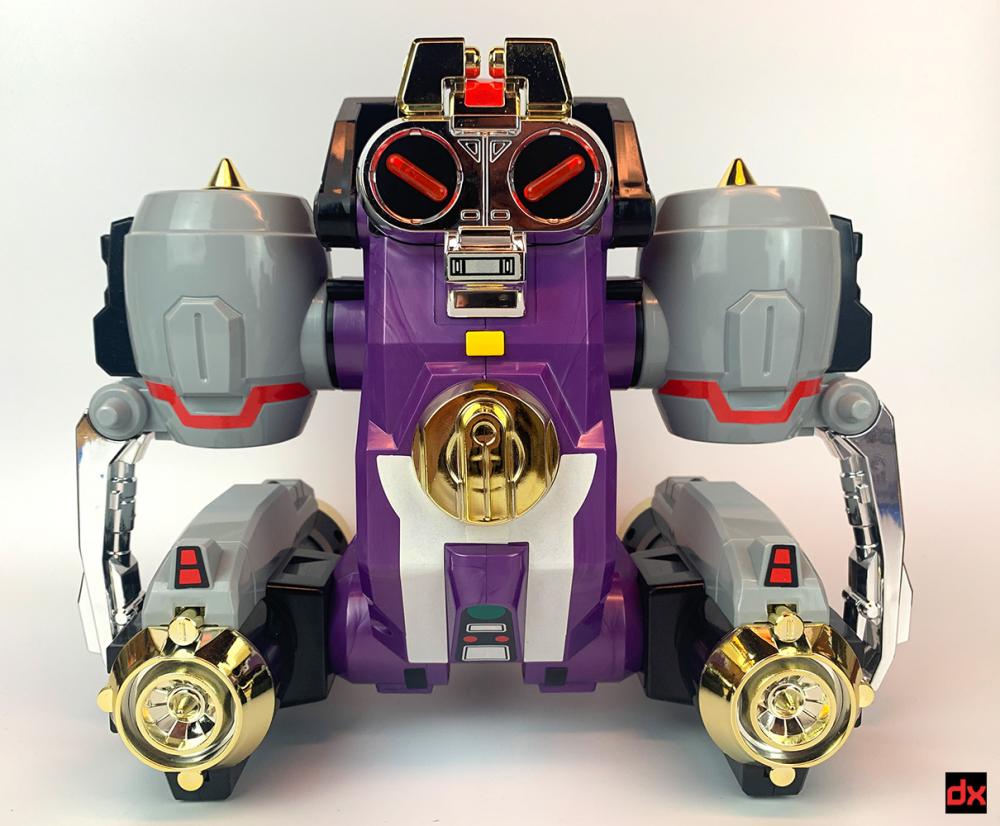 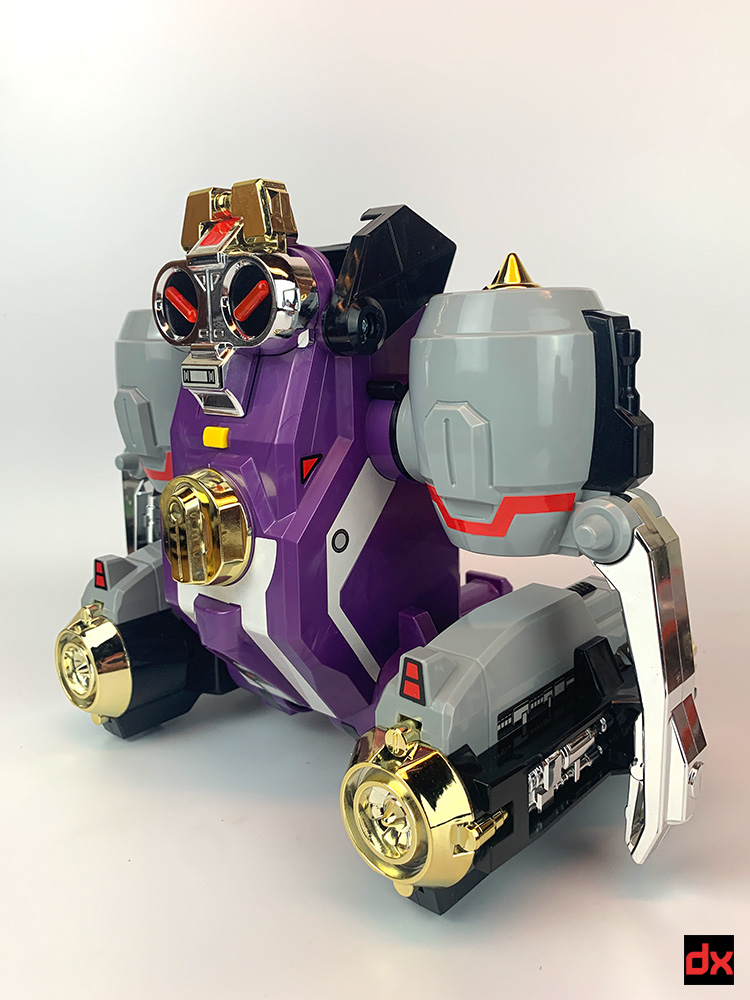 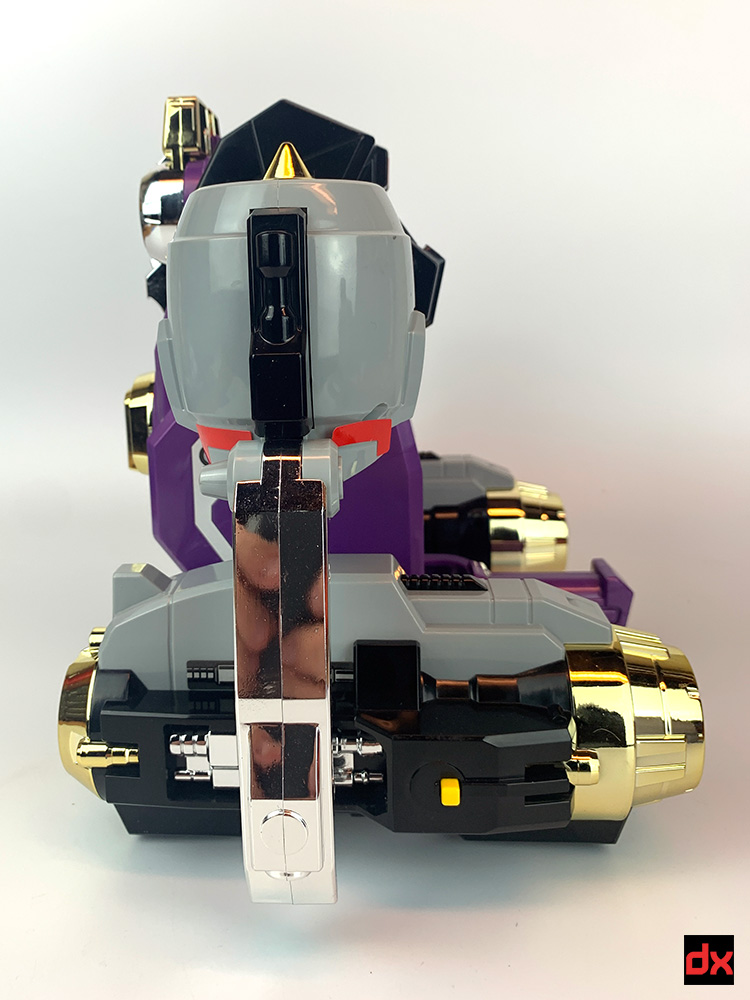 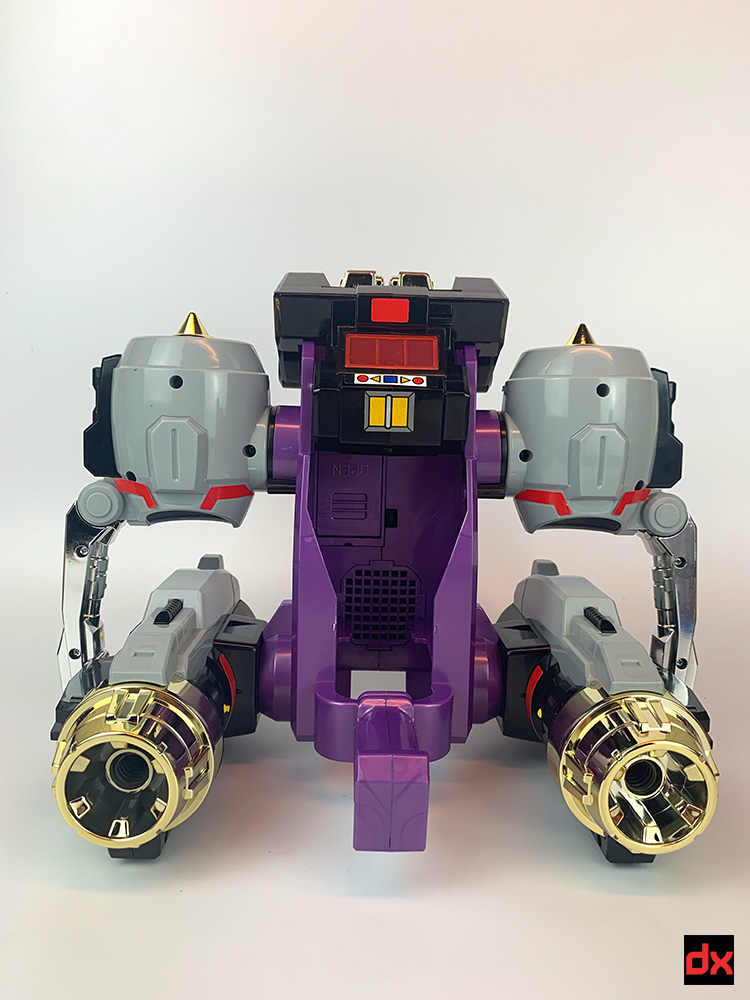 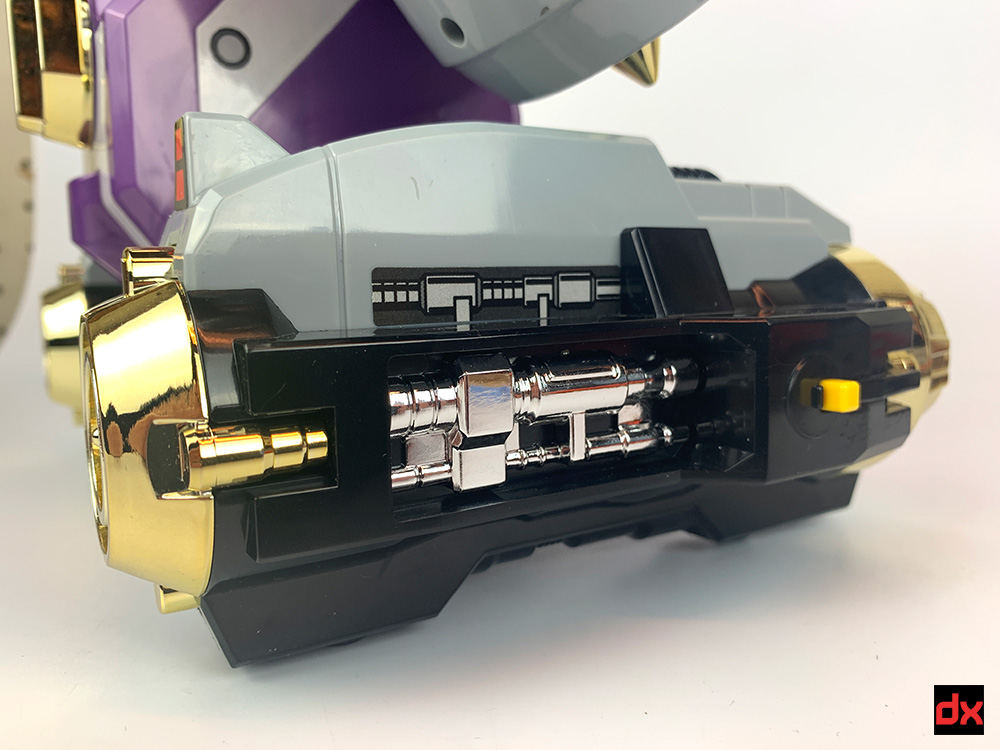 Articulation is limited to the arms at the shoulders, elbows and hands. 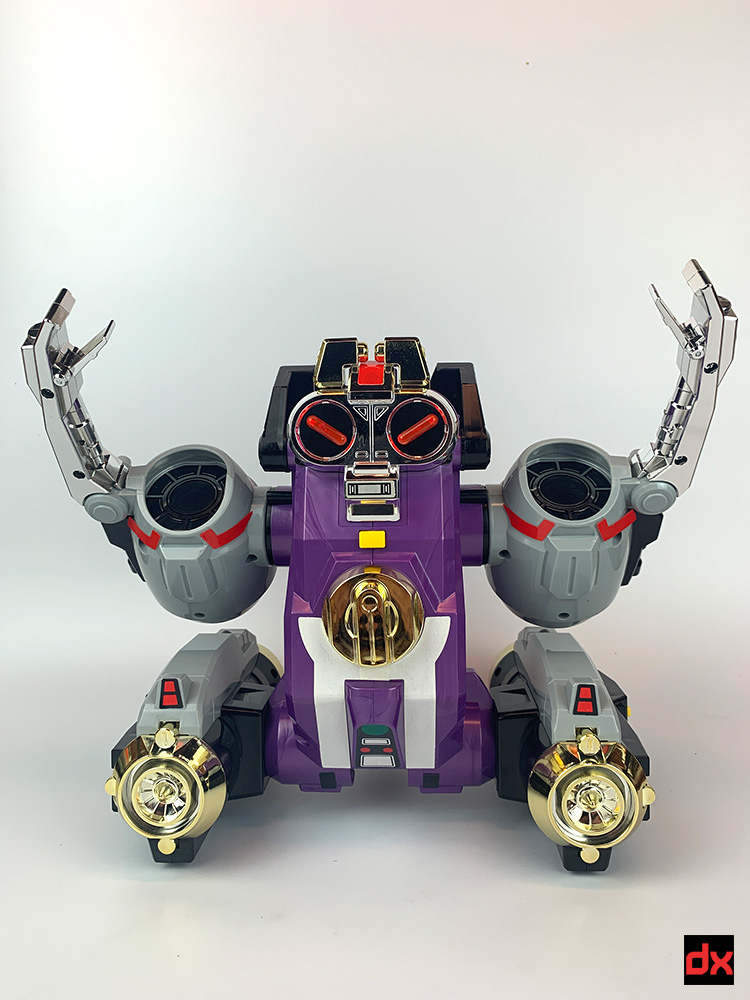 The eyes can change position as you move the gold horns in and out. 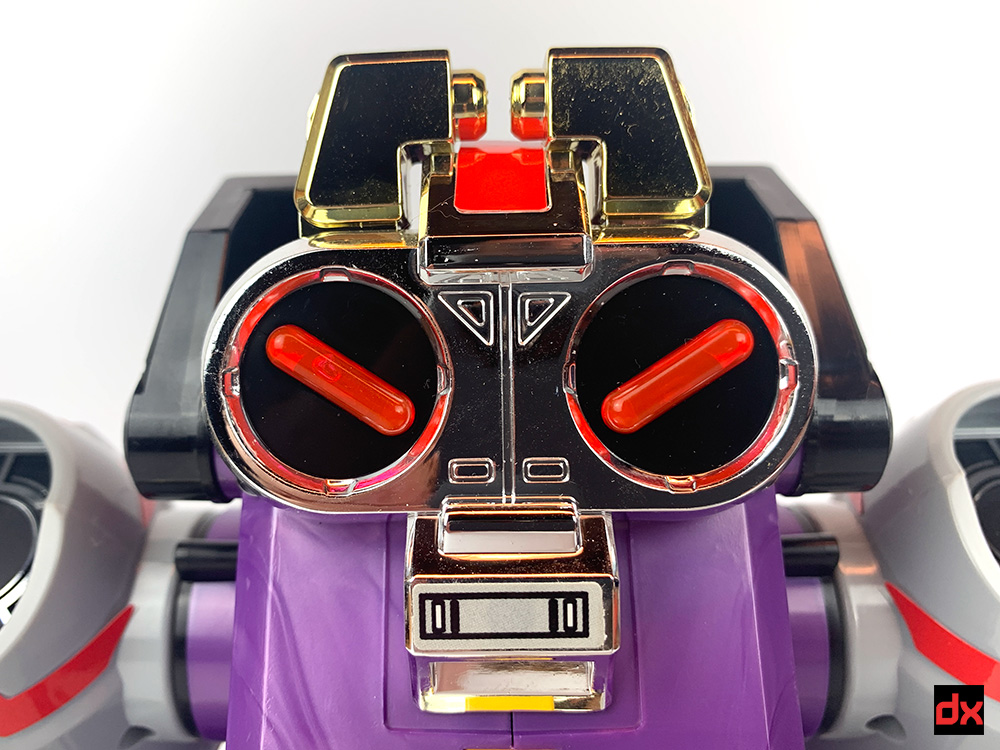 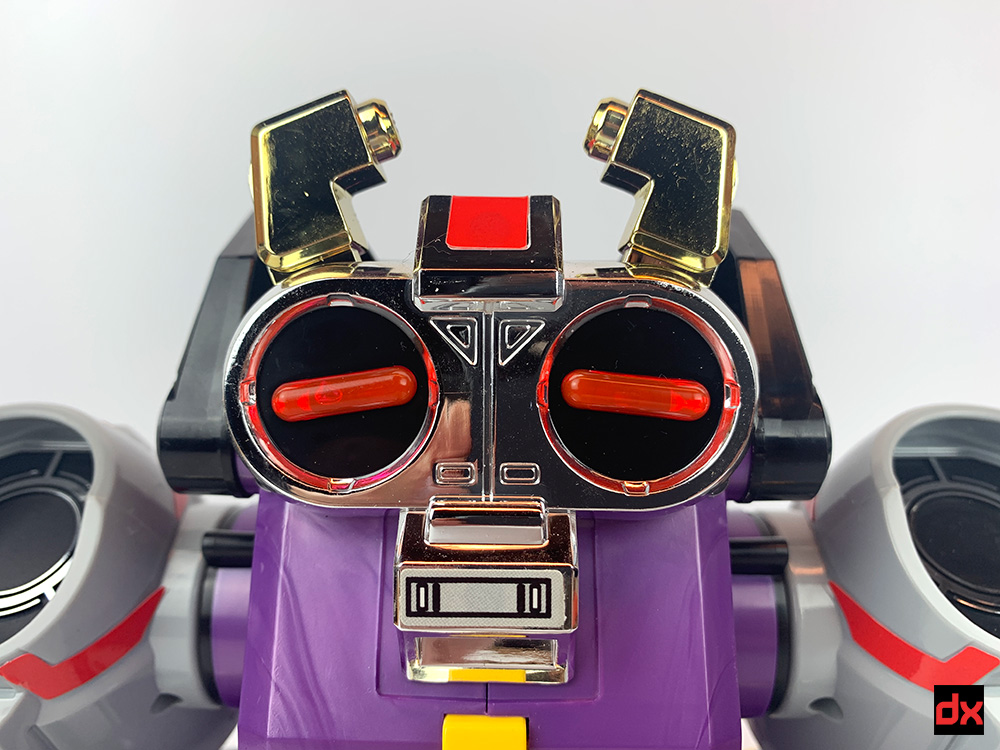 The light and sound function is activated by pressing the yellow button on the chest. His eyes will light up and he will say a variety of phrases. The dial turns as well - initially I thought changing the dial would affect which sound was activated, but it does not appear to be the case. 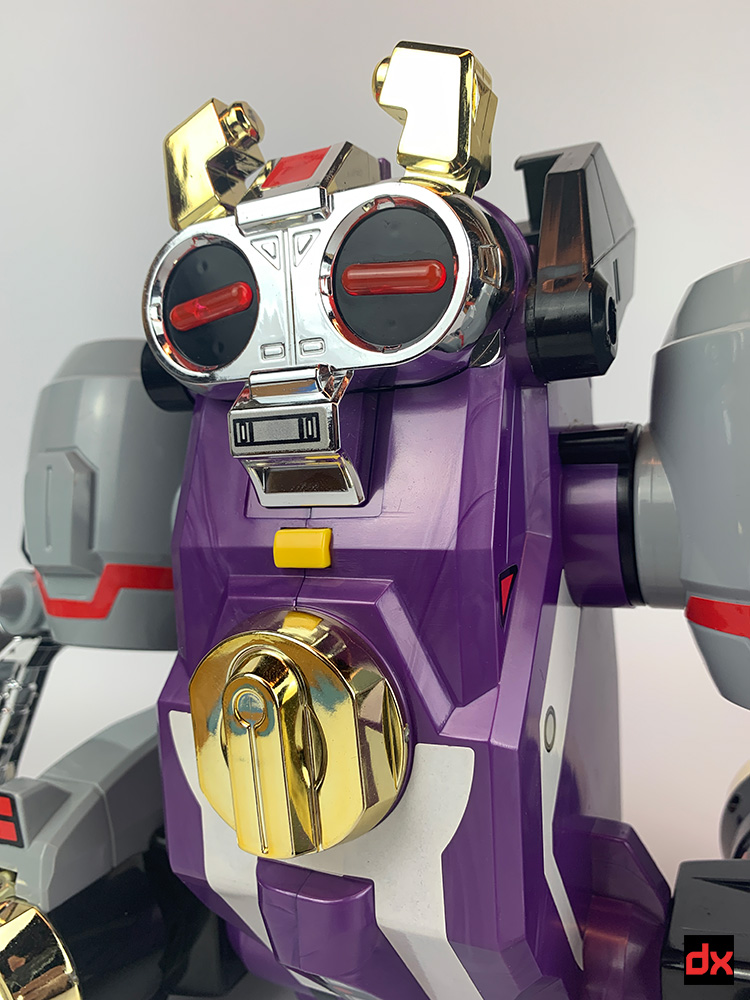 Converting into gun mode is simple in theory. Turn the legs out, align the arms, and pull out the back cover. But the leg joints are so unbelievably tight, I felt like I was going to break them off. 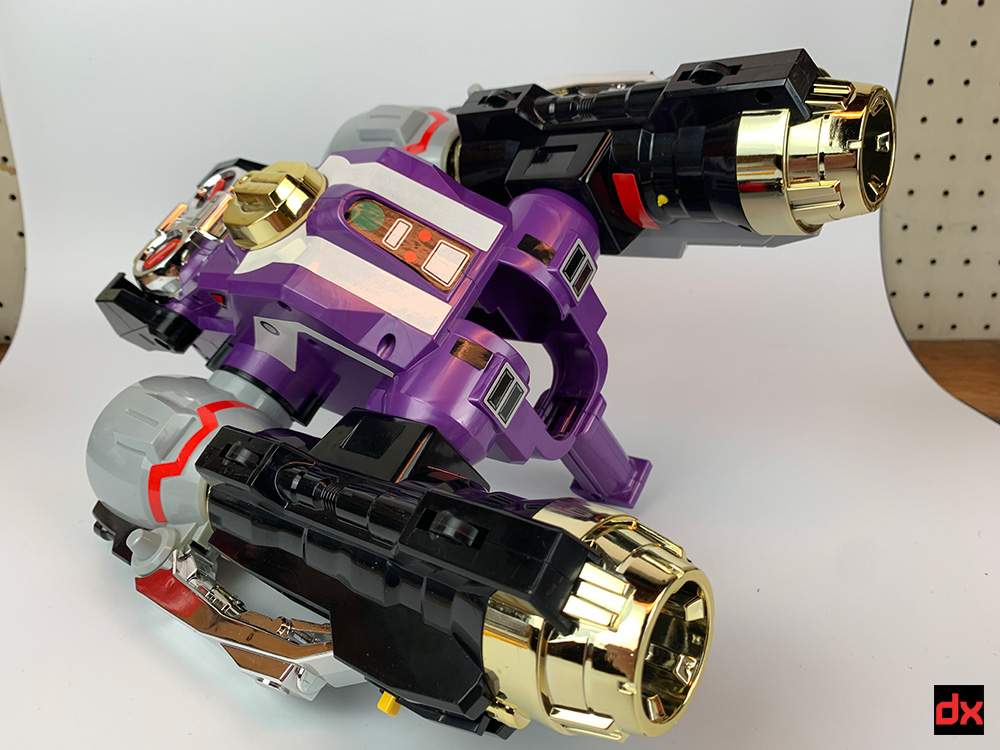 The gun mode is cool, but empty in the middle without the central gun. There's a little black tab underneath that you can push in manually to replicate the change in sound effects when the gun is inserted. 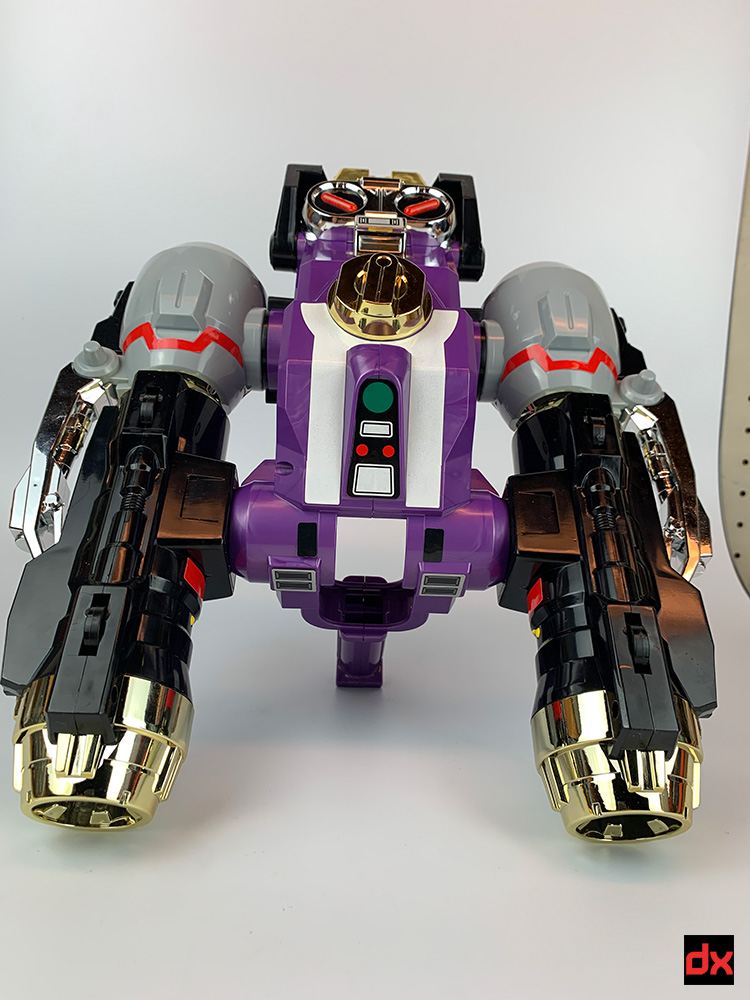 Comically-large missiles can be launched from either side of the gun. Four are included. 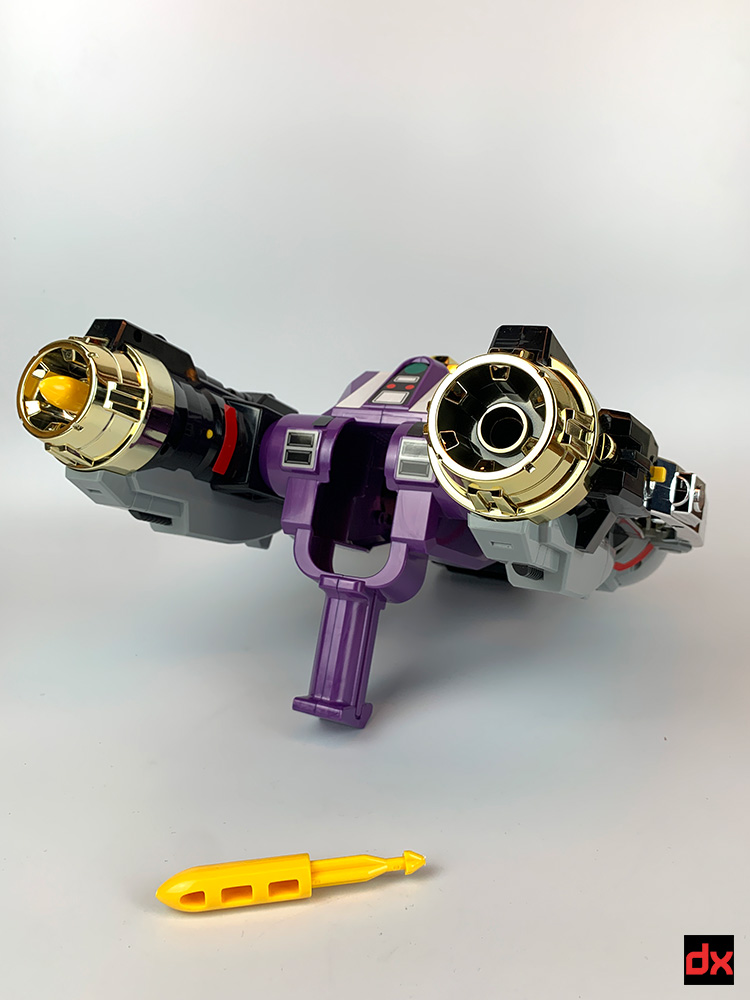 On the back, the back cover is meant to wrap around the back of the gun, and you can see the shot counter through the translucent window. 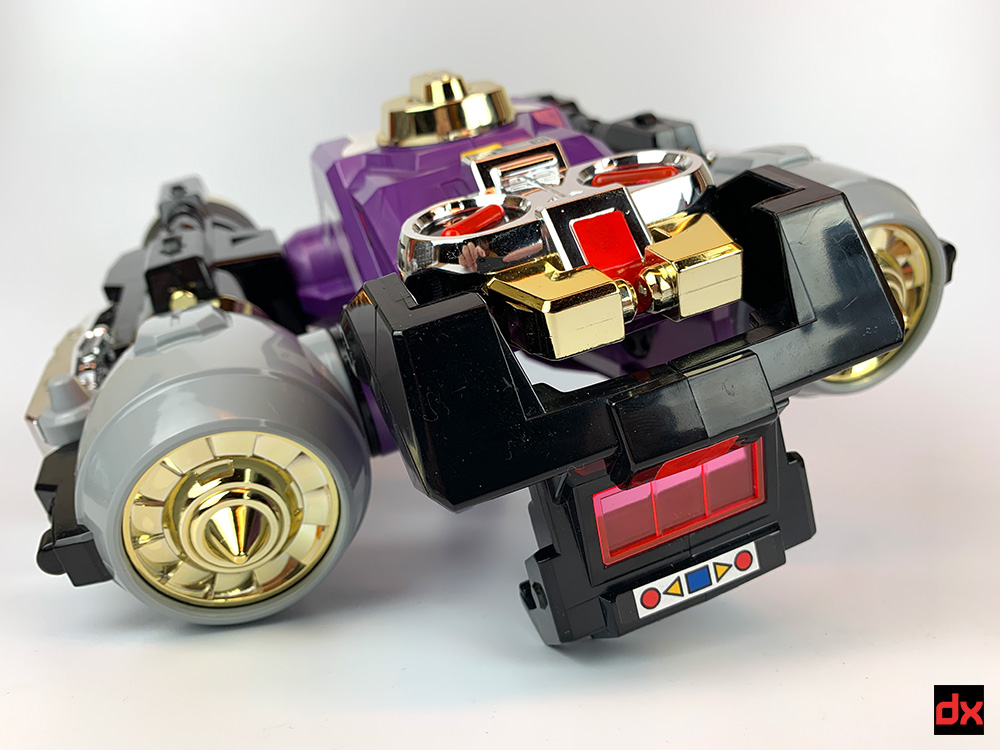 It's a cool piece - really unique and striking looking. However I wish I had researched the need for the companion gun piece to complete the set.

I have the DX Jandejick which I bought back in 2014 in Japan complete with the box, the dried-up labels and instruction sheet. The speaker is busted but at least the light effects still work, no wonder I got it cheap back then. One thing I liked about the gun is that it's big enough for an adult to use.