Bandai released several toys from Phone Braver 7 show, in all different price ranges. They released a DX Chogokin, a standard plastic toy line, and even a candy toy, which is what we will be talking about today.

Housed in a small cardboard box, Phone Braver 7 comes unassembled, and molded in one color. To see the instructions, you have to disassemble the box (they are printed on the inside). 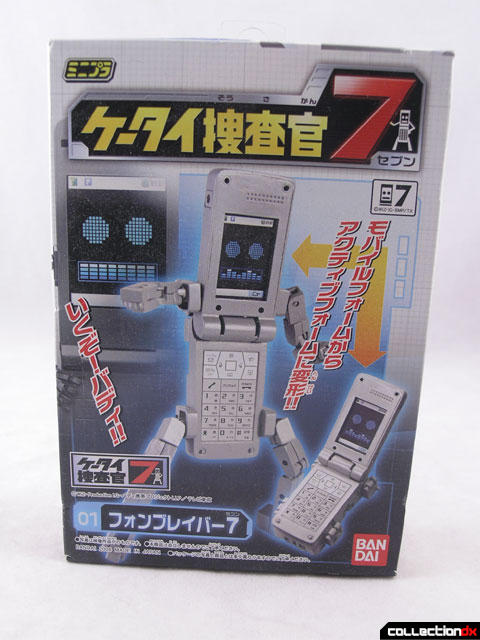 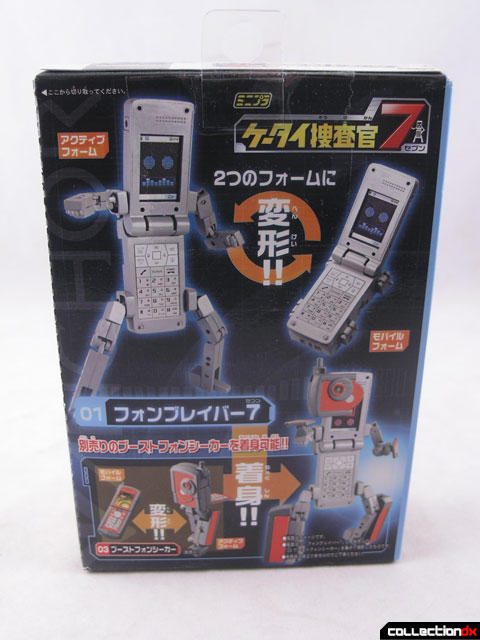 Assembly is quick and intuitive. No clippers are required, as little flash is left over upon completion. A sticker sheet is included, and they really are necessary. 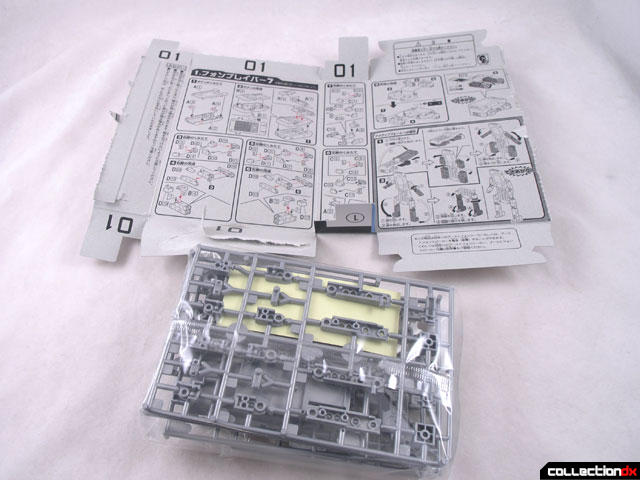 The toy is, of course, smaller than the actual Phone Braver 7, but very close to the size of an actual flip phone. In phone mode the cover can flip open to reveal the screen of the phone, which is also the face. The arms and legs are folded under the bottom of the phone. There are some protrusions on the sides that ruin the believability of the phone, but are necessary for transformation. 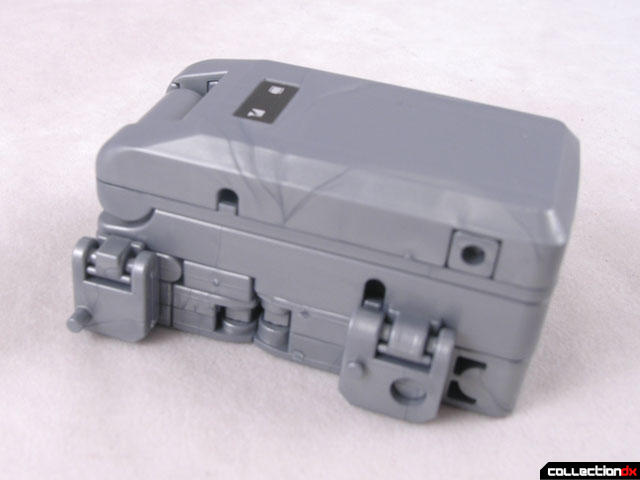 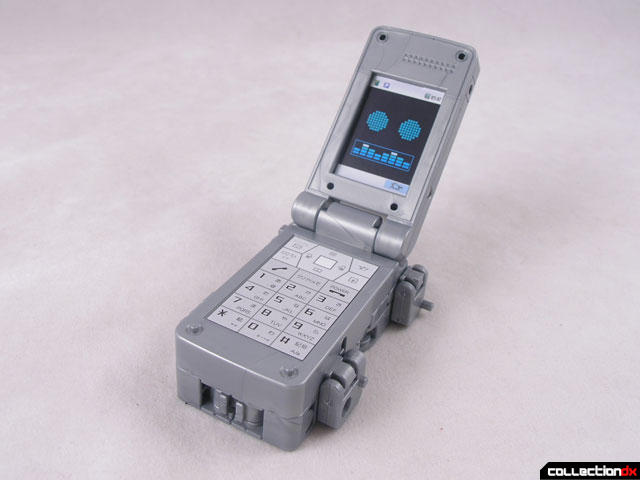 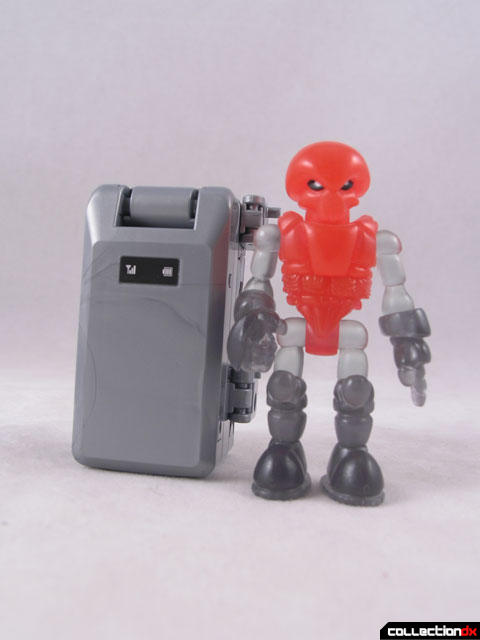 Transformation is very simple, basically unfolding the arms and legs and securing them to the side. Articulation is awesome, with double joints in both the knees and elbows. There’s also ball jointed arms and legs, swivel biceps and thighs, and feet with hinged joints. My only complaint is that the feet should have been ball joints, as they don’t sit flat when the legs are at an angle. 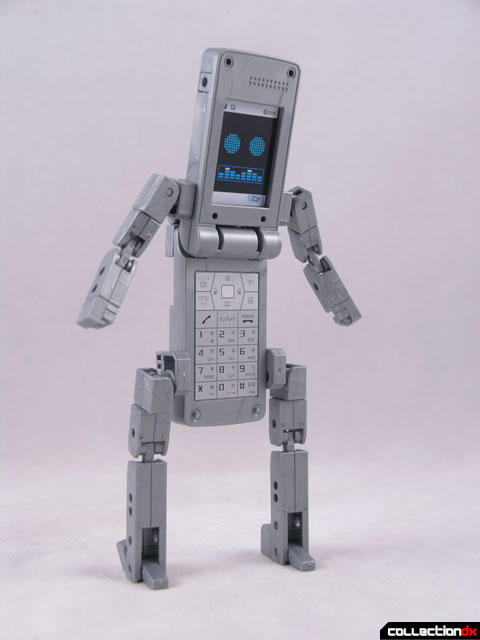 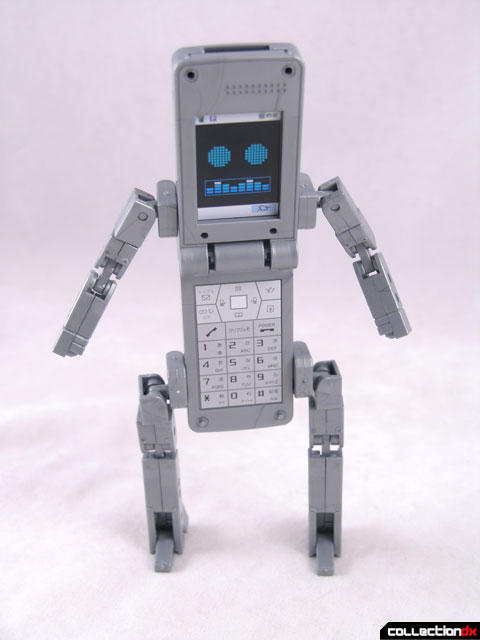 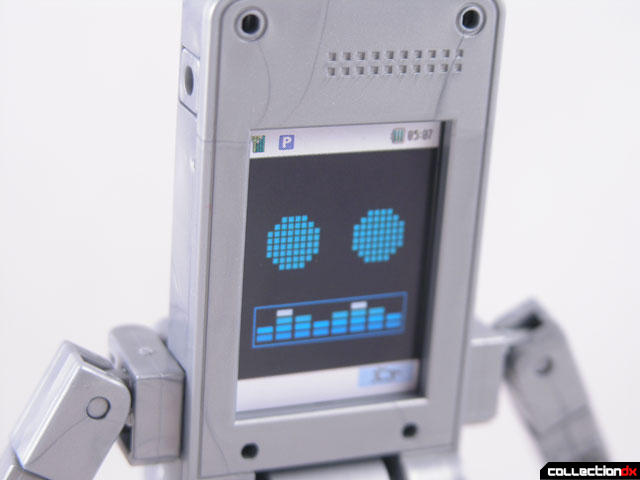 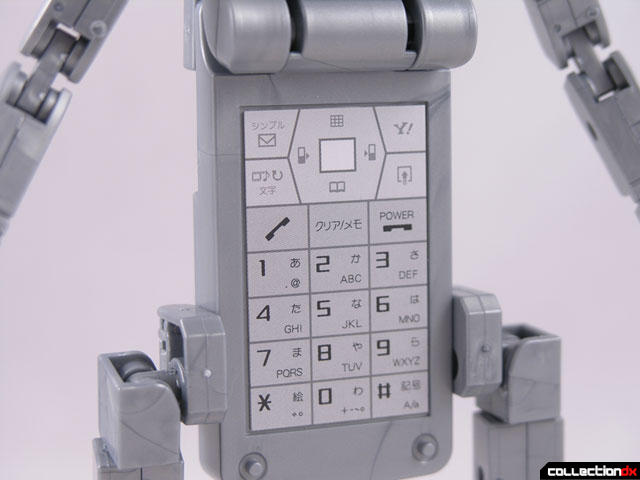 Two face stickers are included. The whole face panel can be removed by pulling from the top, much like a SIM card. Apply stickers to both sides, and then just turn the card around to show the other face. In this case, the second face is used when Phone Braver 7 combines with Boost Phone Seeker to form a powered up mode. Yes, they made candy toys of some of the accessories as well. 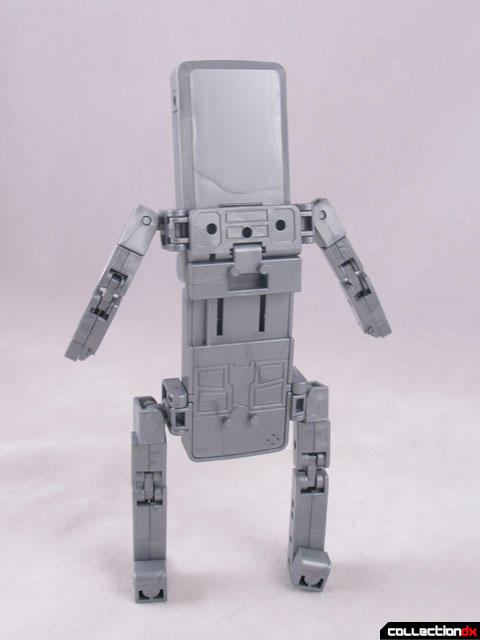 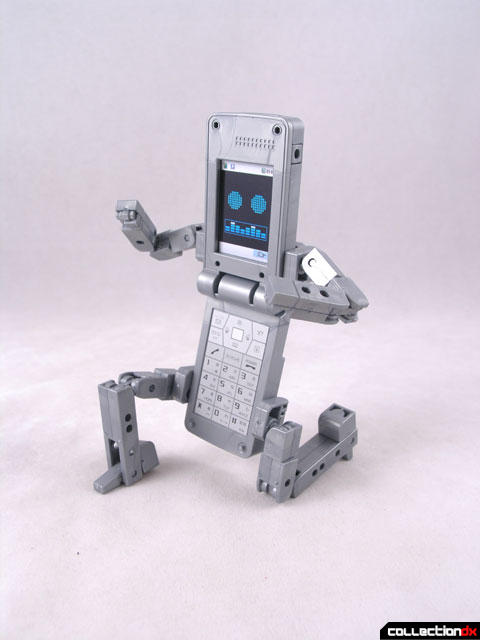 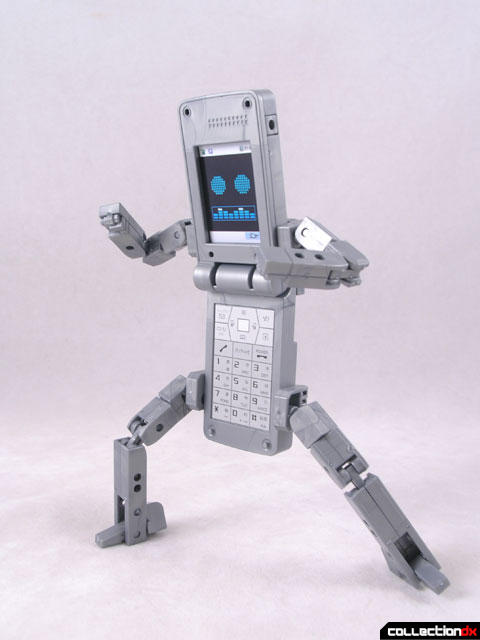 It’s lots of fun, and a great value. It’s also an inexpensive way to get a representation of this cool little character in your collection. We’ll be covering more of these in the future, so keep an eye out. 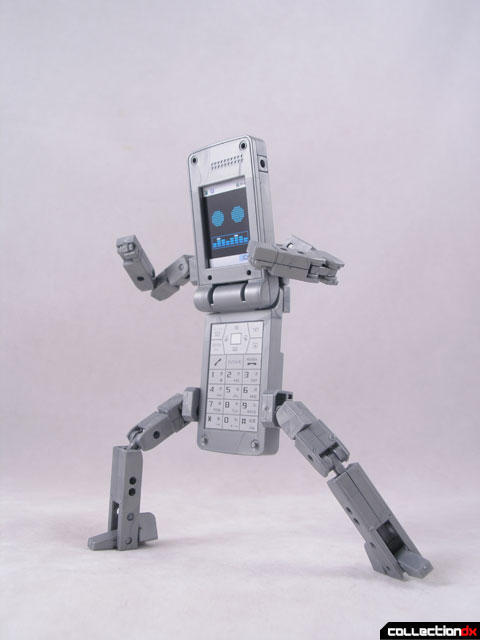