The Zaku was the workhorse of the Zeon army in the original Mobile Suit Gundam series. Somewhat into the series, they introduced the upgraded Zaku II, and of course there was a special color version for the Red Comet himself, Char Aznable.

Char's Zaku II is released as part of the Gundam Universe line, and I got mine at WalMart. It still blows my mind that I can just go to a Target or Walmart and grab these. It's the 12th release in the line. They are sort of a scaled up MSiA with fewer accessories. But for $25 they are not bad at all.

The box is nice and gives you a nice view of the toy. 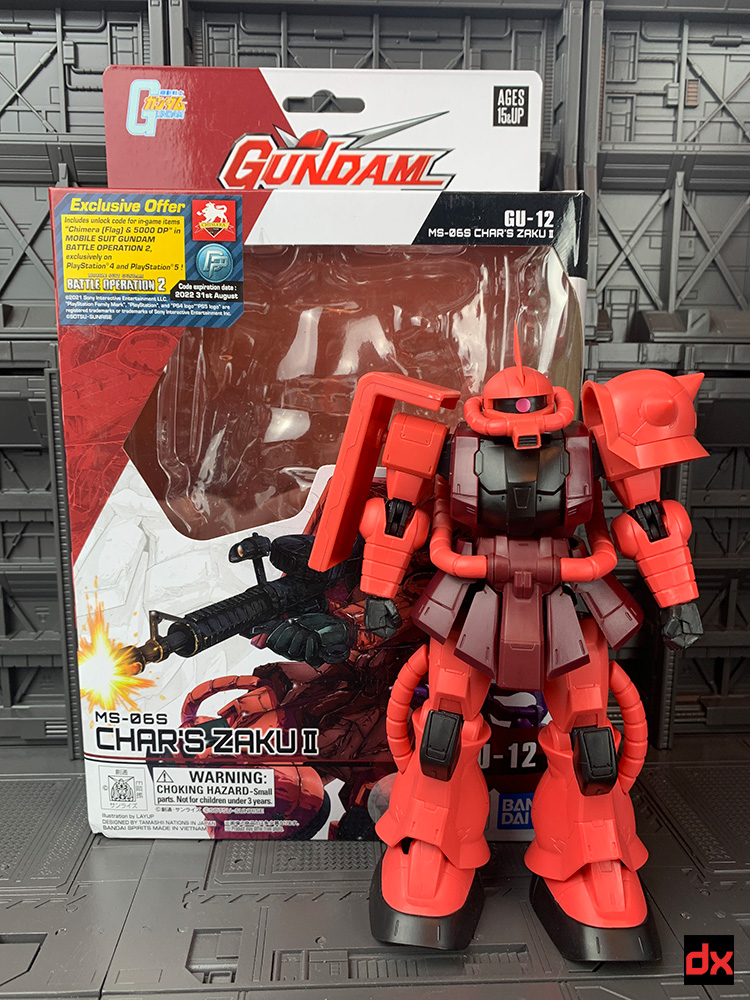 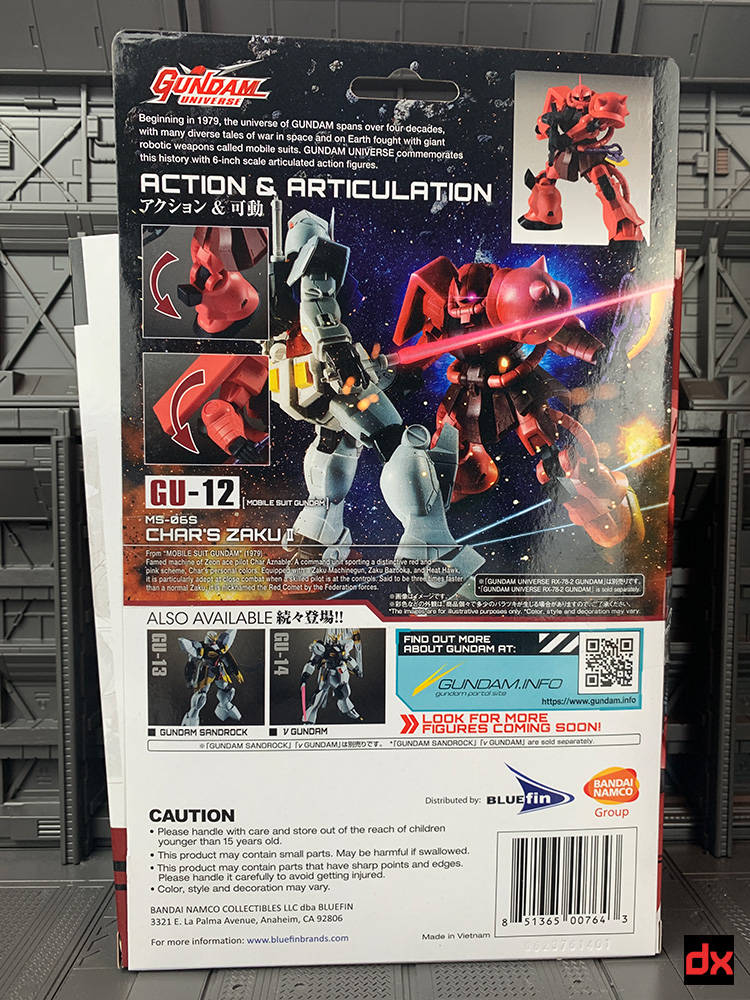 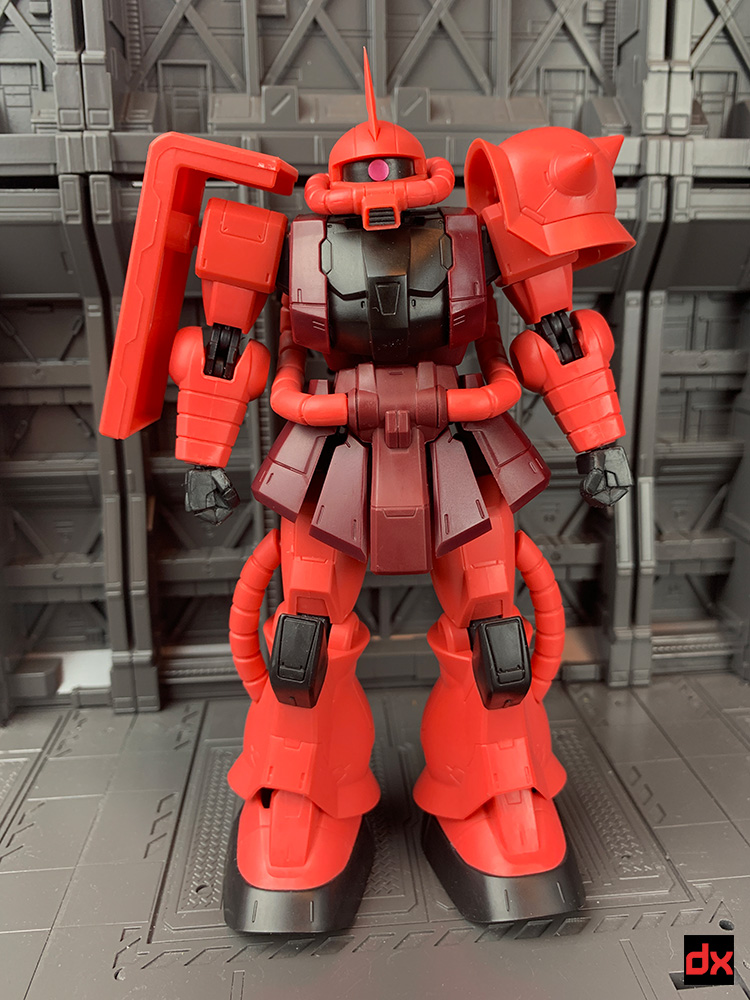 This Zaku is designed on the modern representation of the robot, with sharp edges and panel lines. It's an idealized version of the Zaku II - in the original series all the designs were sort of soft and doughy. It works. Having just recently binged MSG it's a nice upgrade to what I am used to seeing on screen. 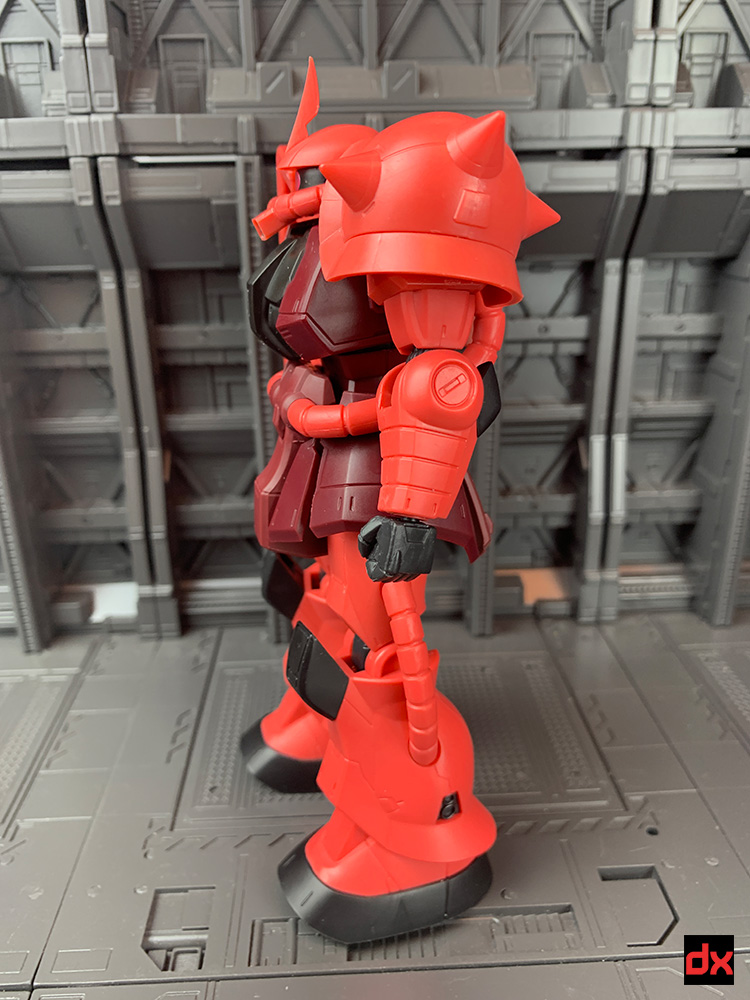 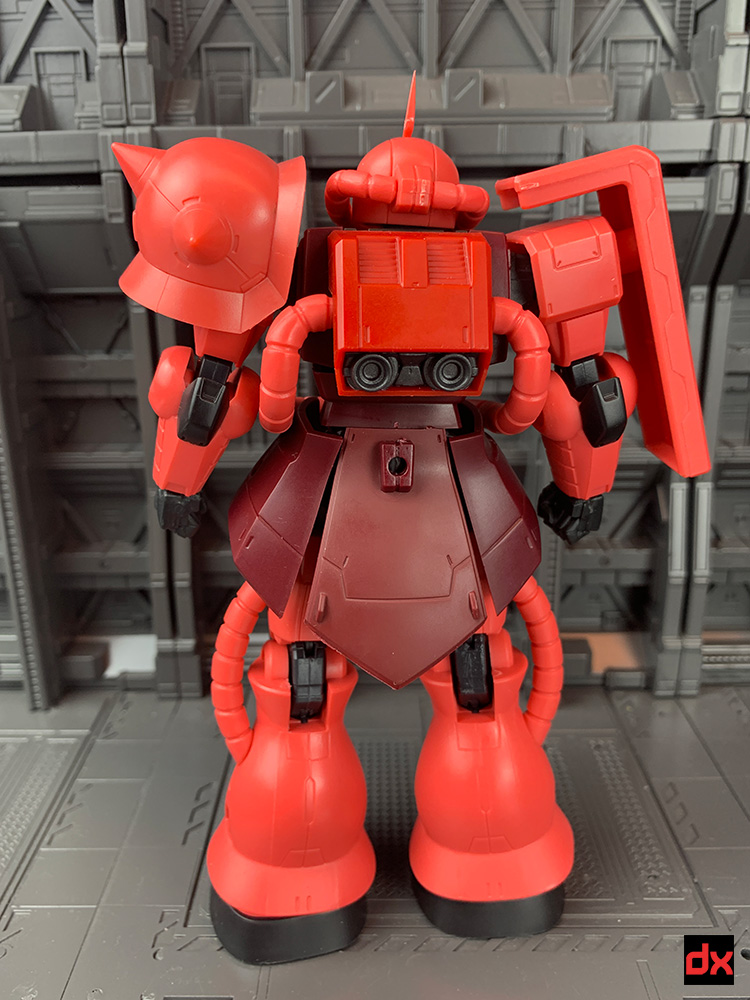 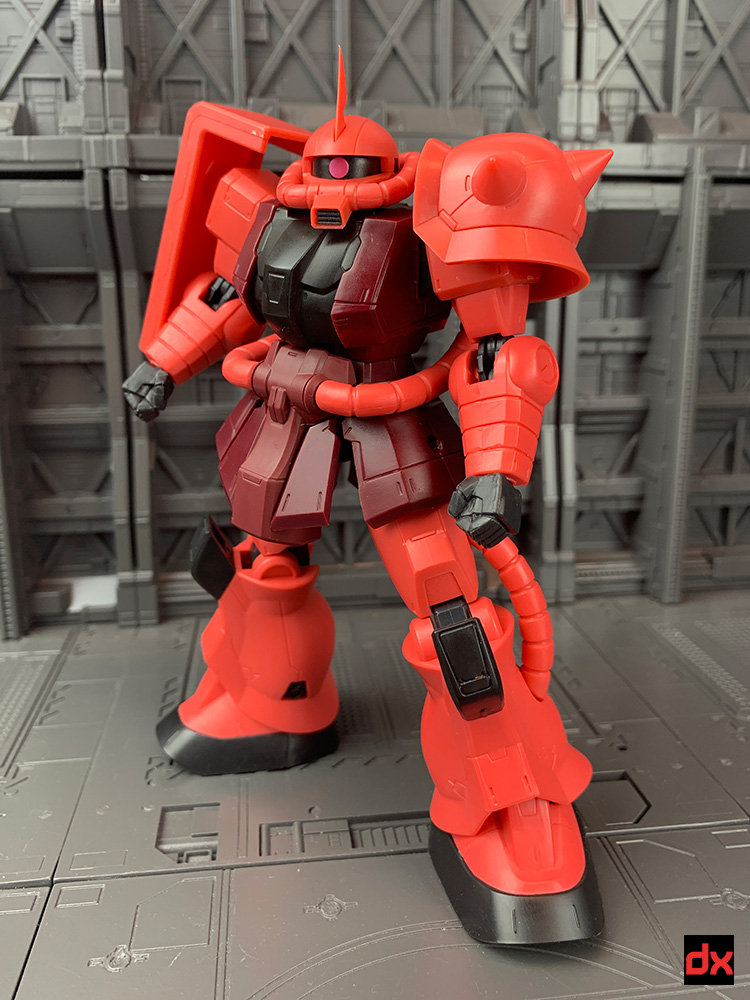 If you remove the head, you can change the position of the mono-eye. 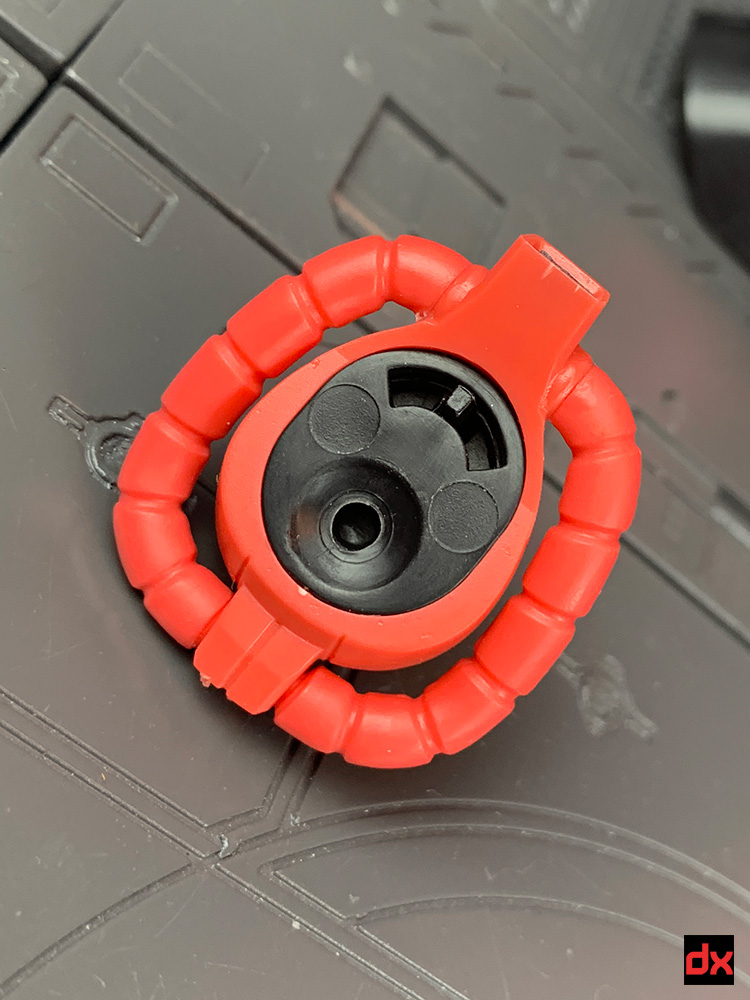 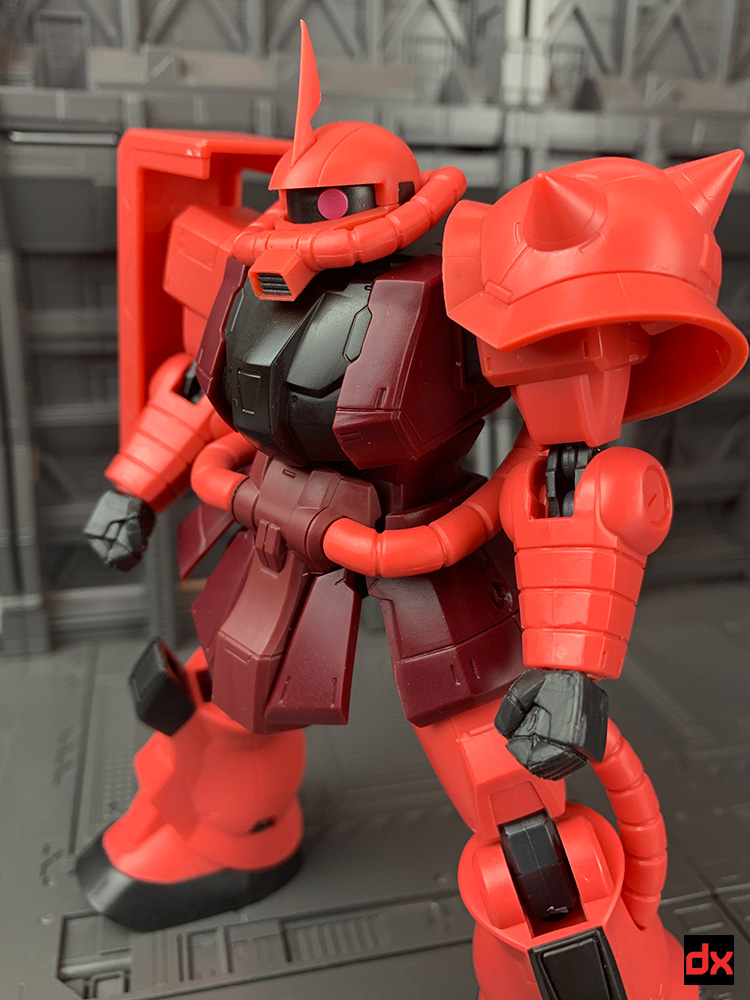 There are connection points on the skirts to attach an ammo cannister or Heat Hawk. The gun cannot be stored this way. 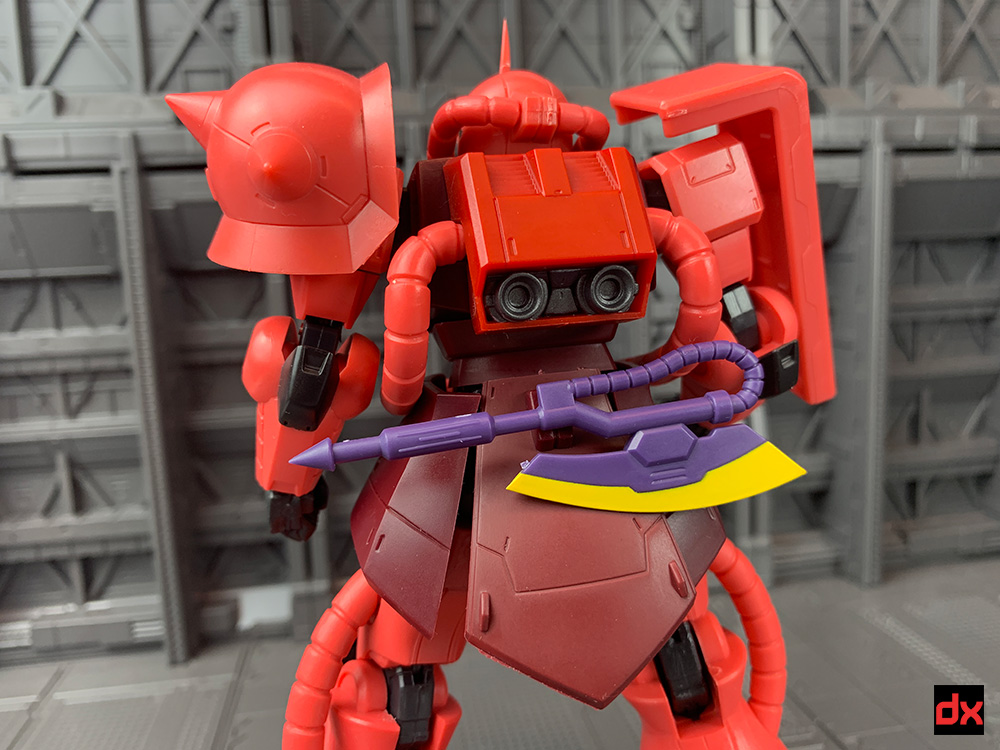 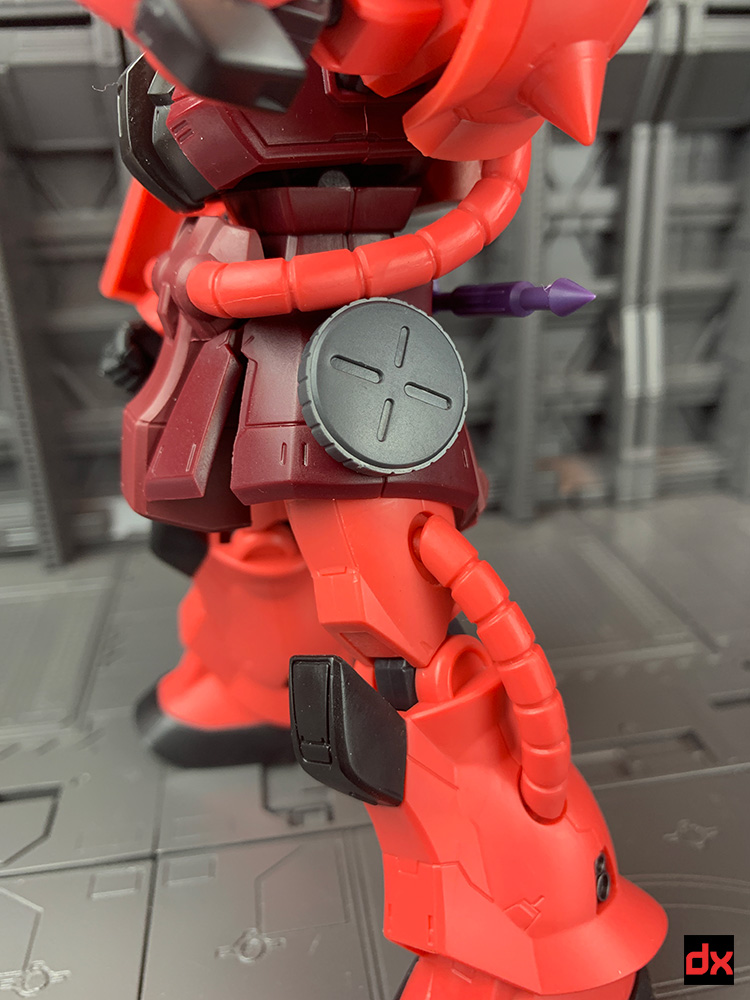 Closed fists can be swapped out for weapon-holding hands.

The gun features a removable ammo canister and movable side handle. Zaku II can hold the gun with both hands! 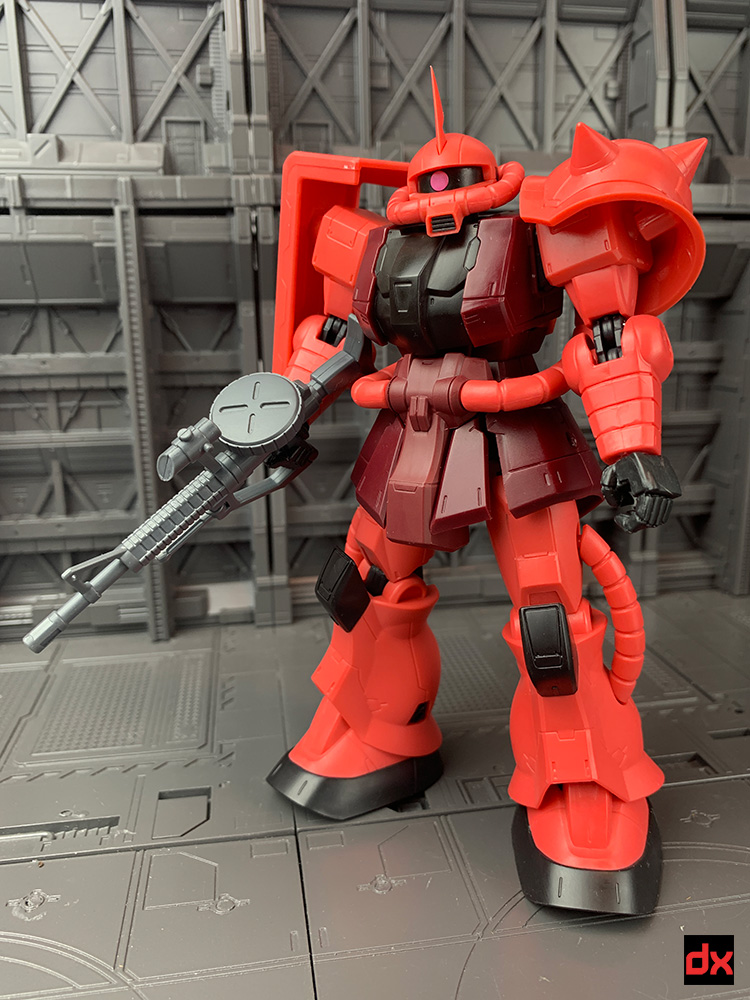 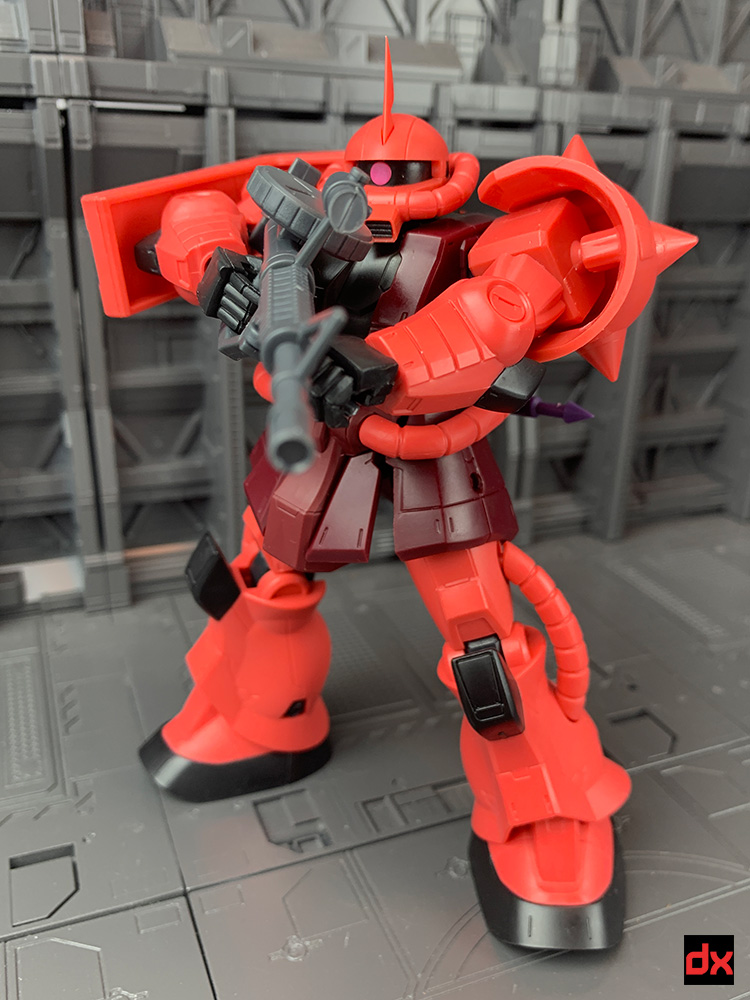 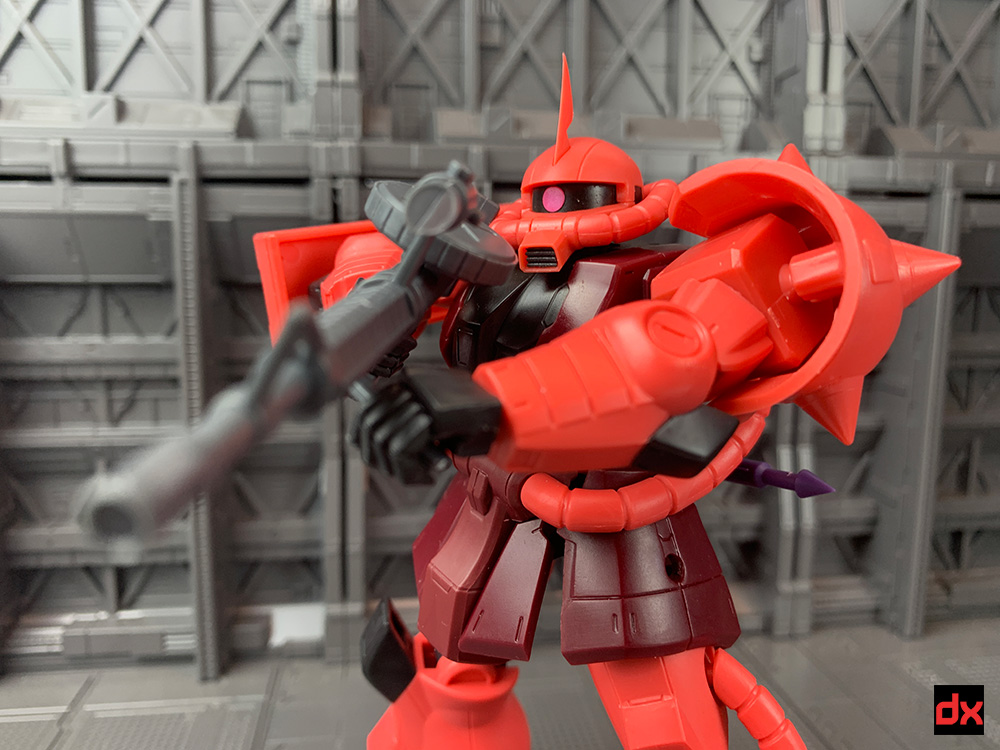 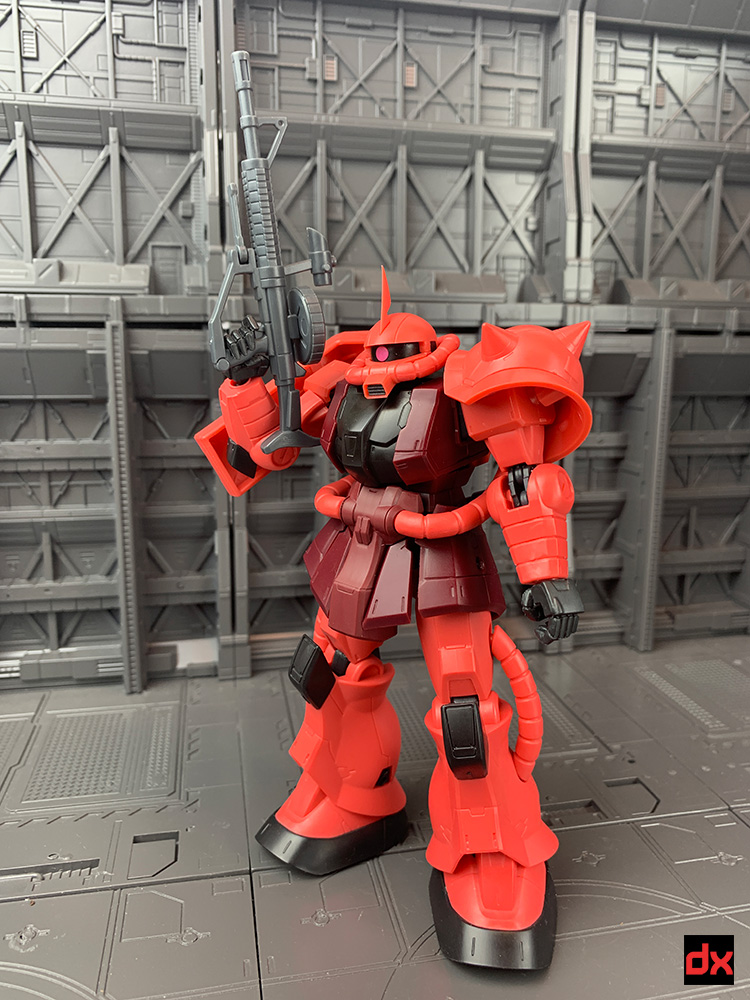 Both the gun and Heat Hawk are made of a very rigid, sharp plastic. Not at all soft like the old MSiA weapons. 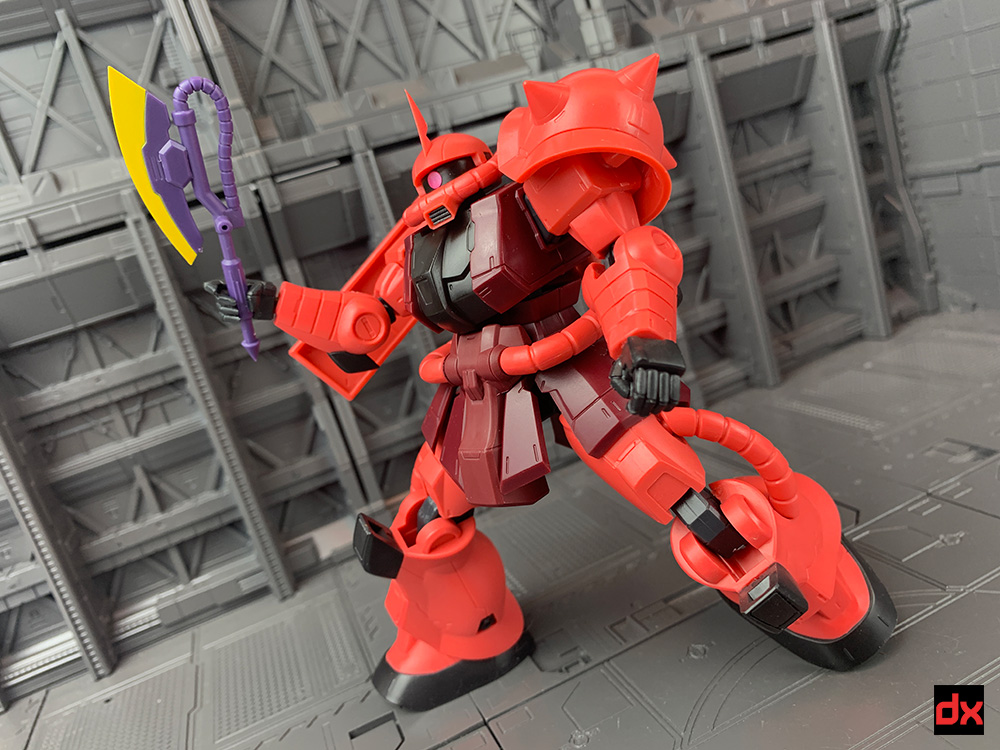 The Tamashii Stand connector can be attached under the crotch to allow for flying poses. (Stand not included) 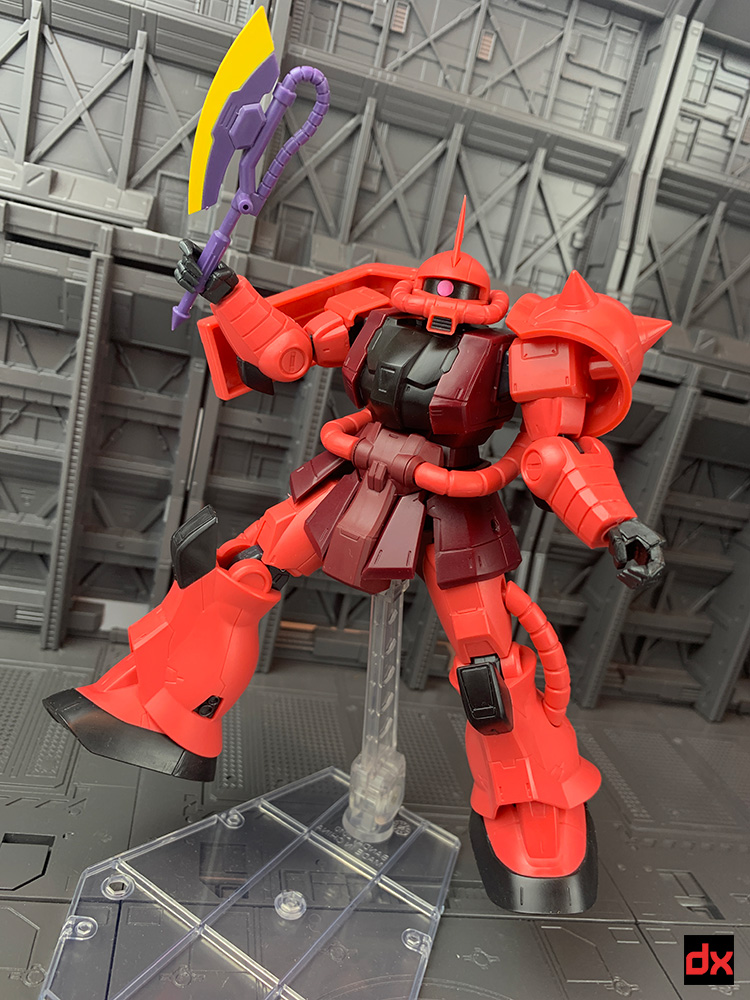 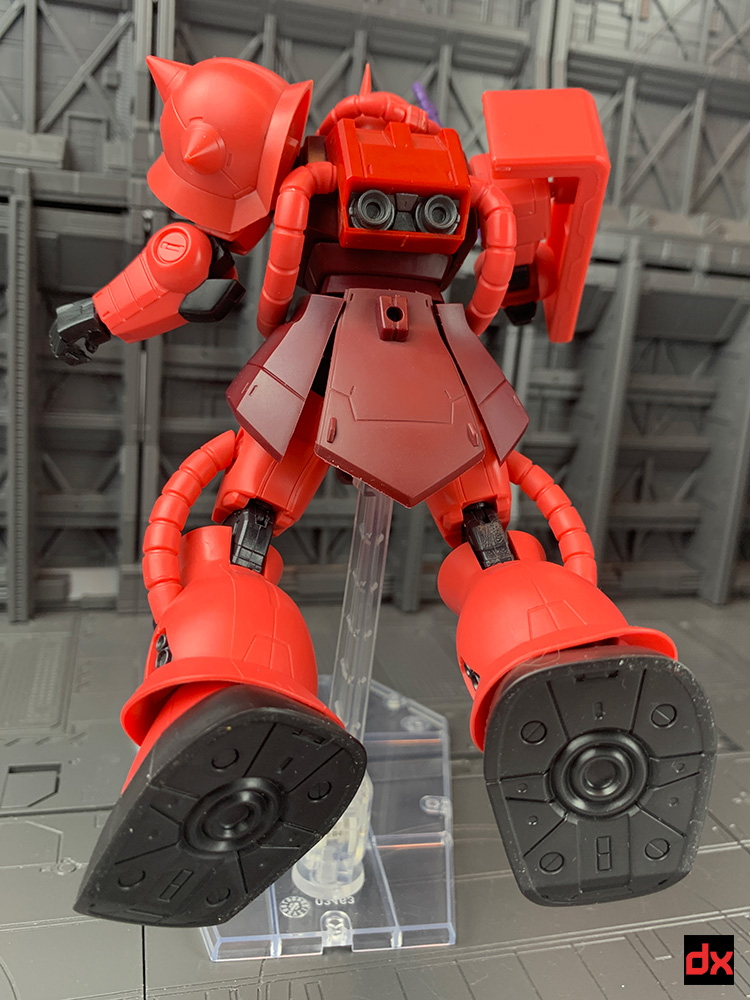 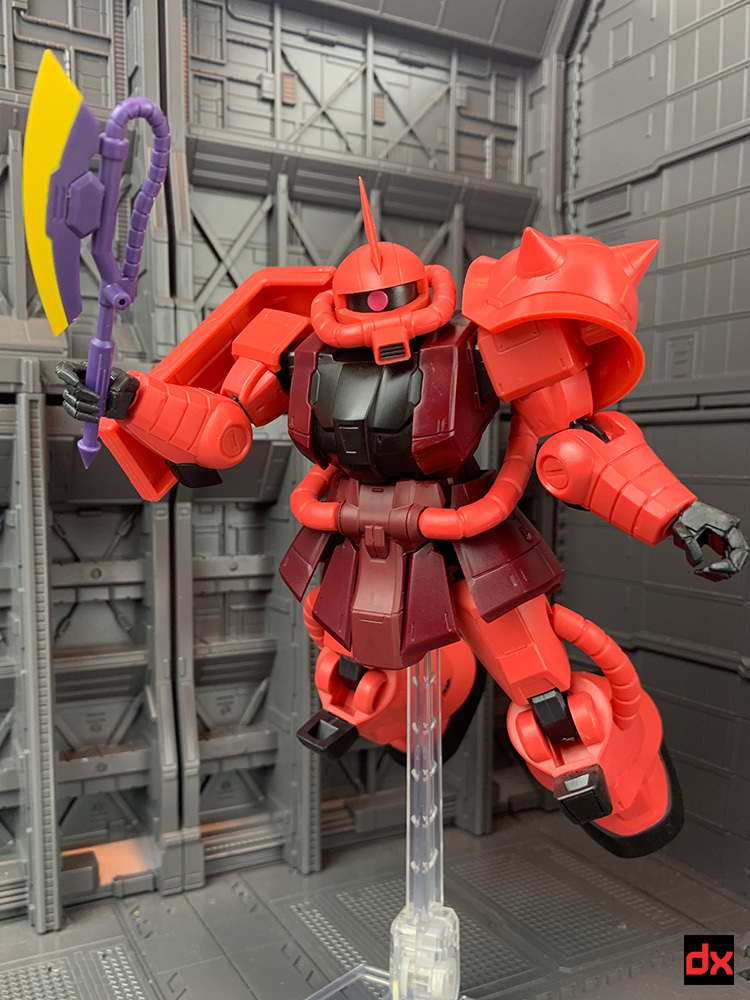 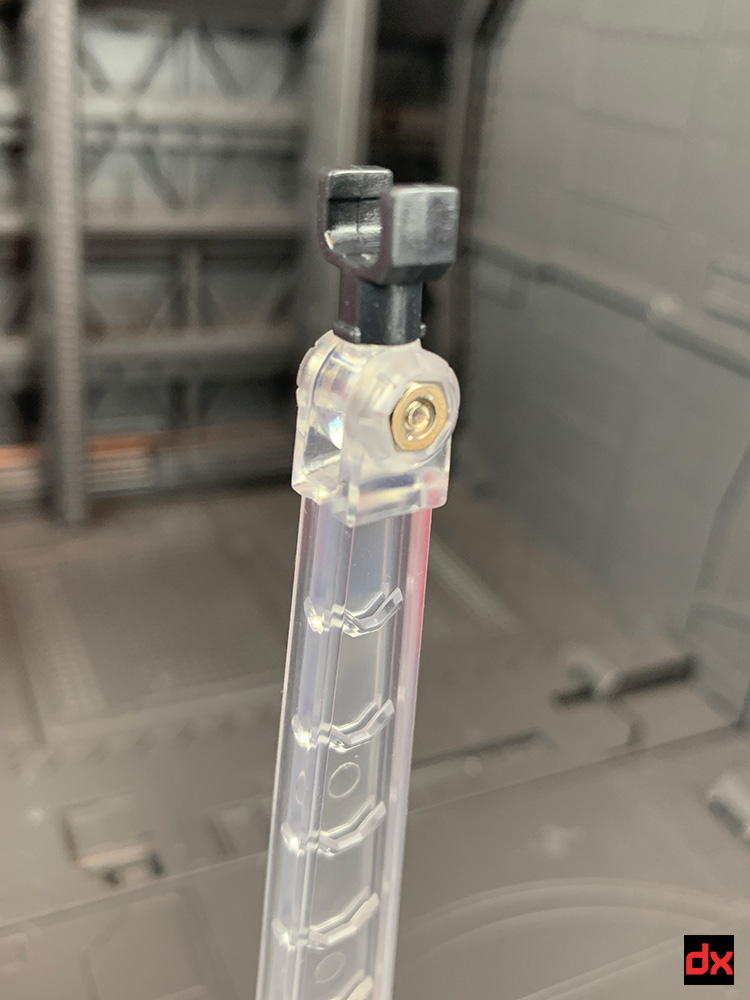 Overall it's a great value for the price. Very happy with this one. 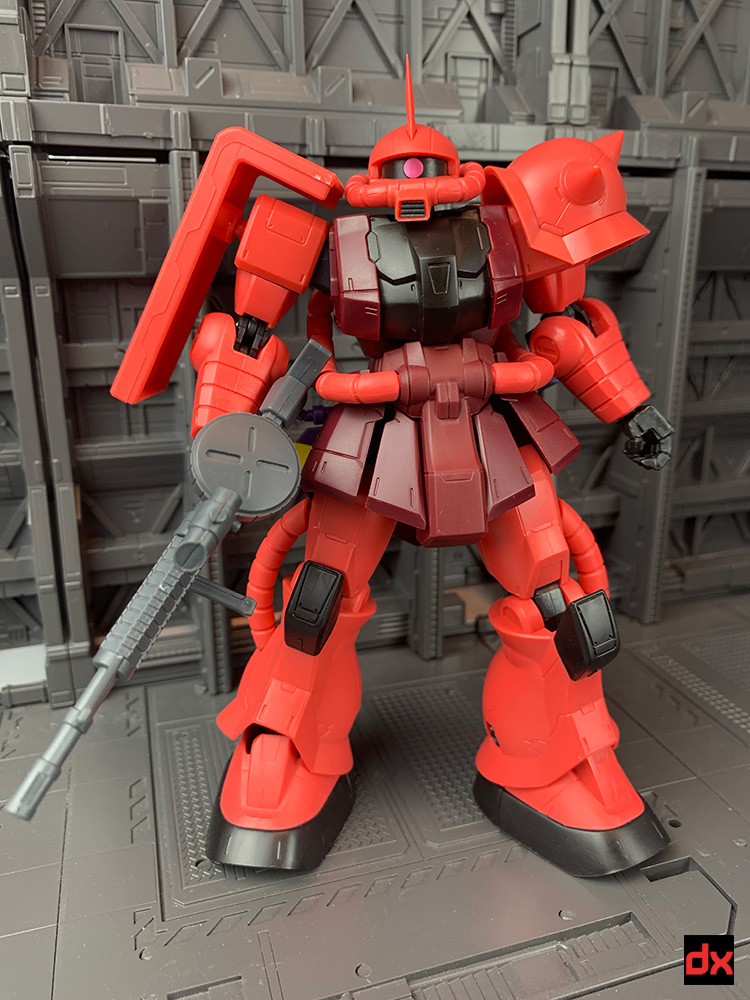