MRD-104 Gildas is one of the enemy "Devil Invaders" robots from Machine Robo. It's sort of a space lobster robot, that transforms from a vehicle to a creature. These were featured heavily in Revenge of Cronos, and were actually released in regular Machine Robo and Revenge of Cronos branding. I don't have the box for this one, but I believe the only difference is the box and instruction sheet. This toy was also released in two different color schemes in the Gobots line.

The main body, upper legs and upper arms are metal, giving it a satisfying heft.

Theres some nice detailing on the face, and check out the center cannon on the chest. 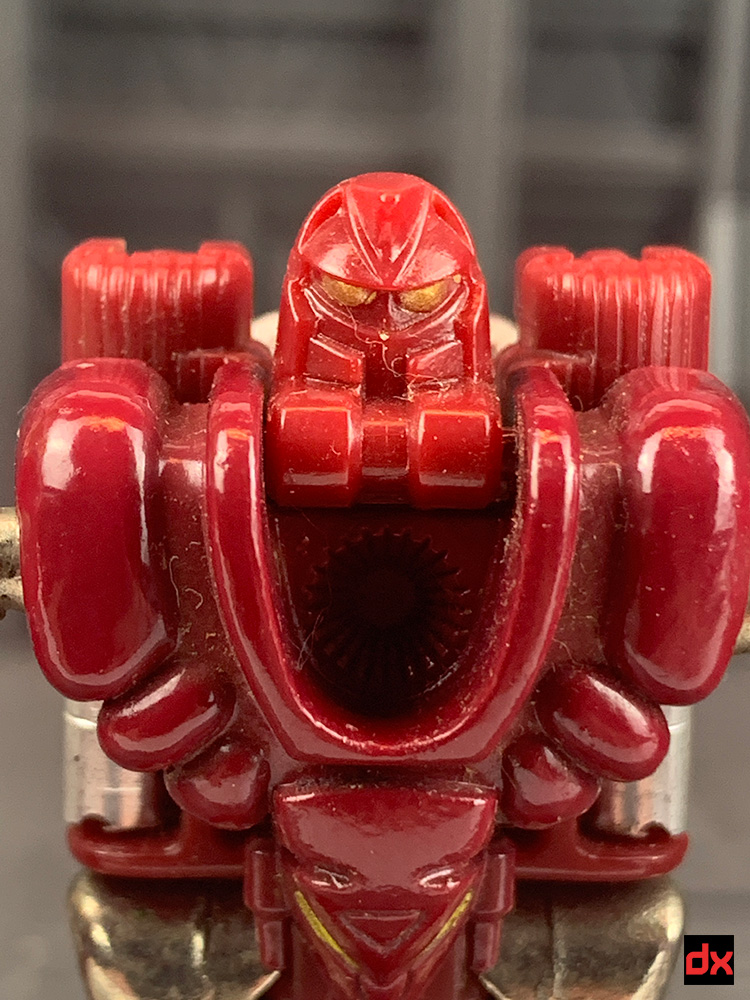 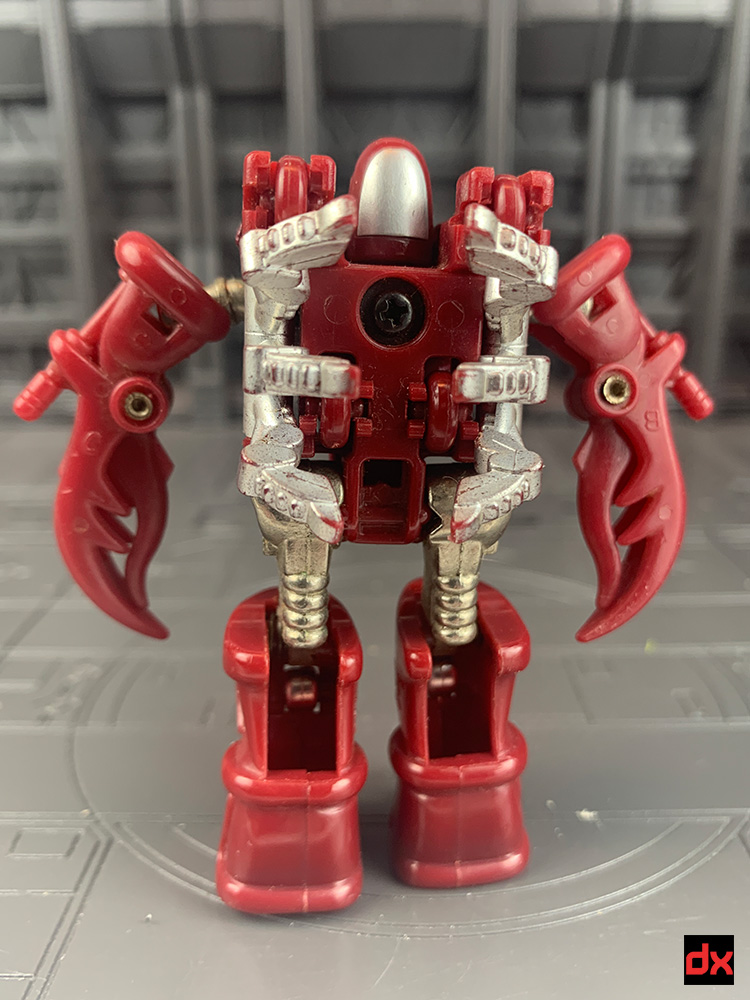 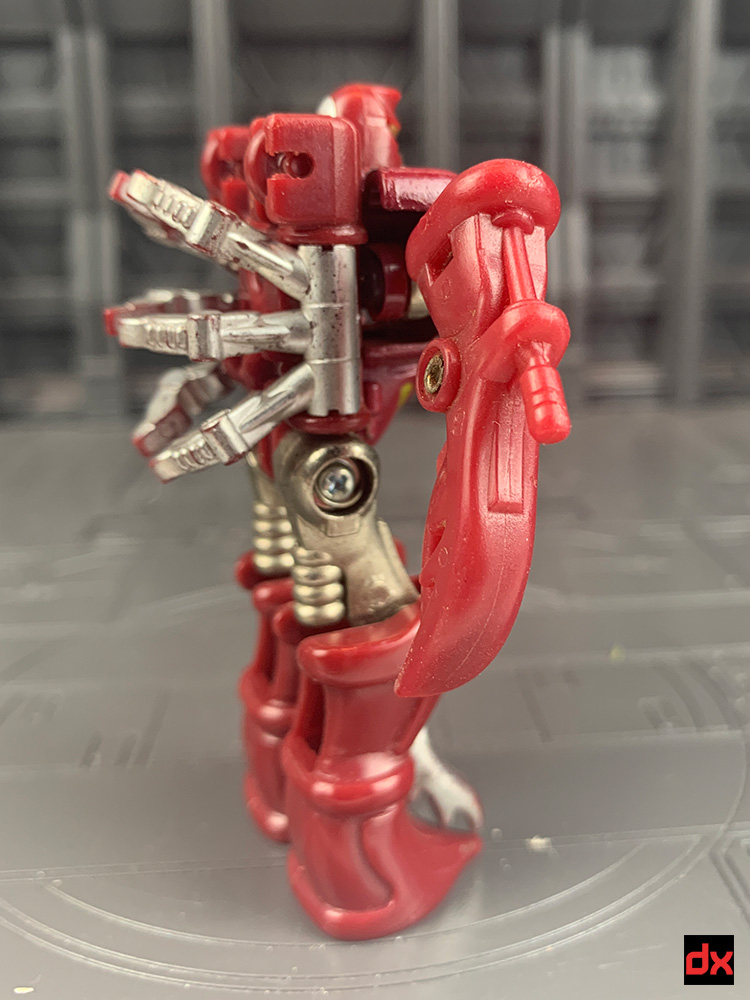 Gildas has a pretty good range of movement. Shoulders and elbows move, and the claws are articulated. You also have hip and knee articulation. 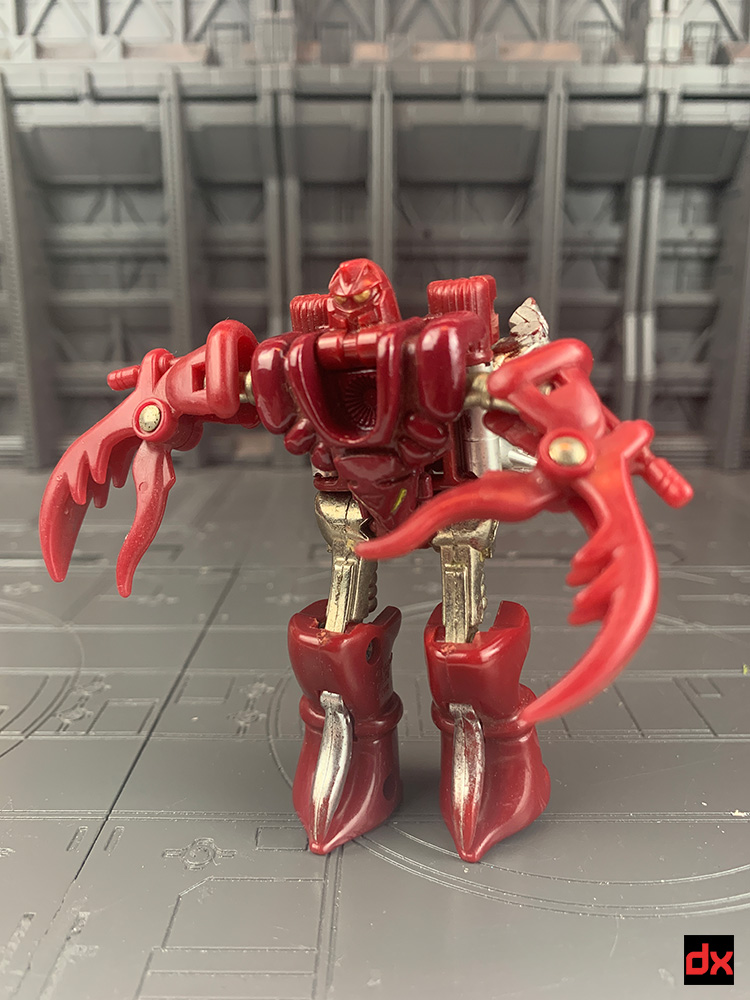 Vehicle mode is very alien-looking. To transform, fold the head down and rotate the top section of the torso 180 degrees. Fold out the chrome legs on the back, then bend in the legs and fold out the chrome pincers. The vehicle has small wheels for it to roll around on - one of the defining principles of Machine Robo. 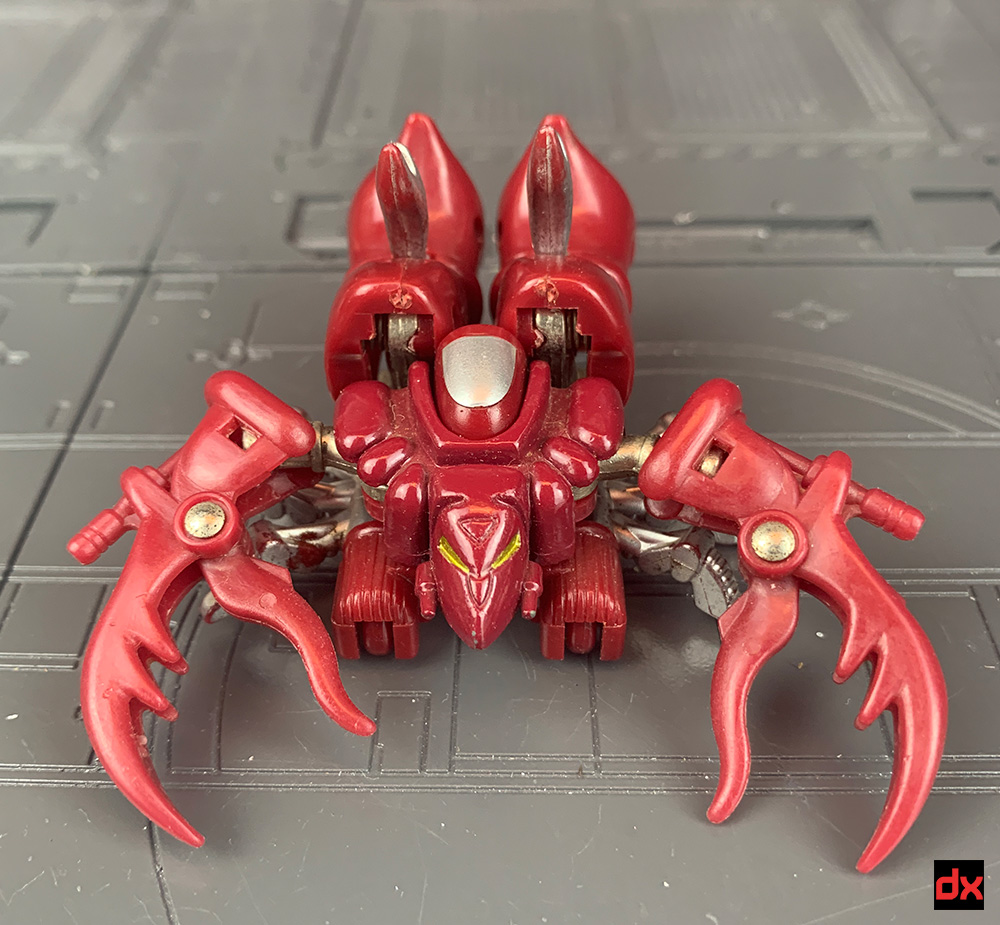 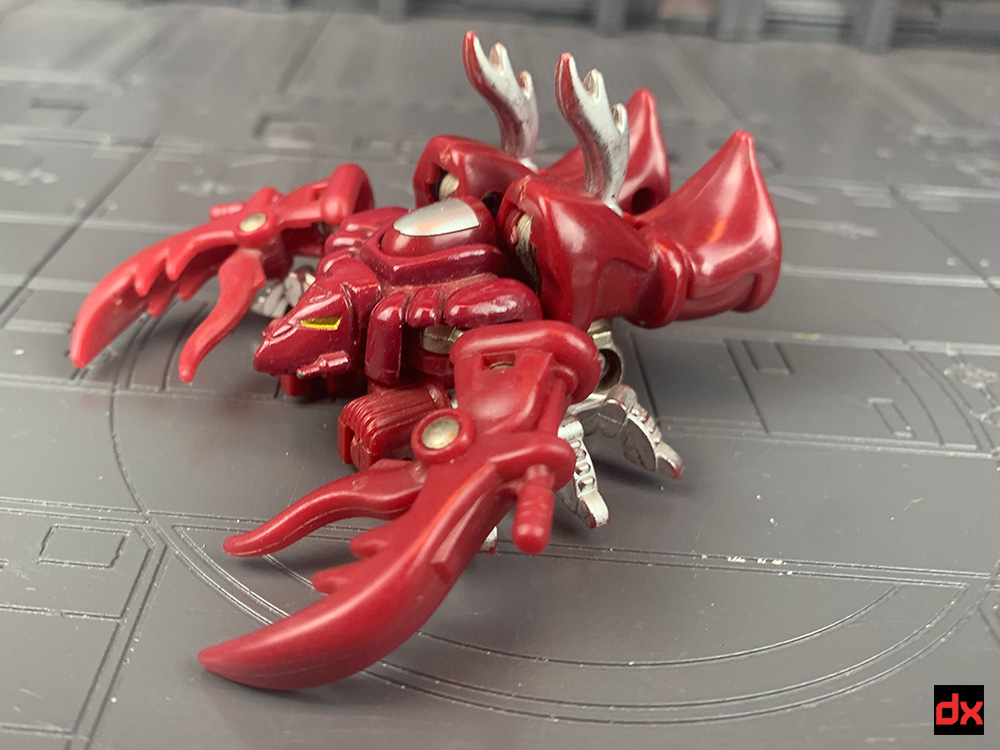 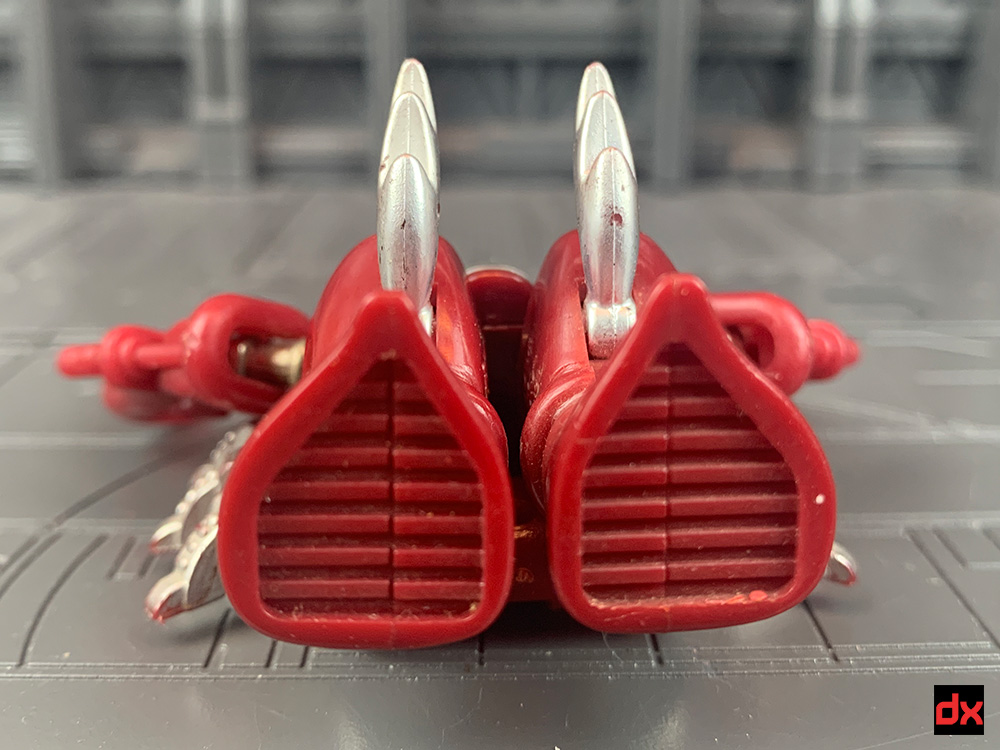 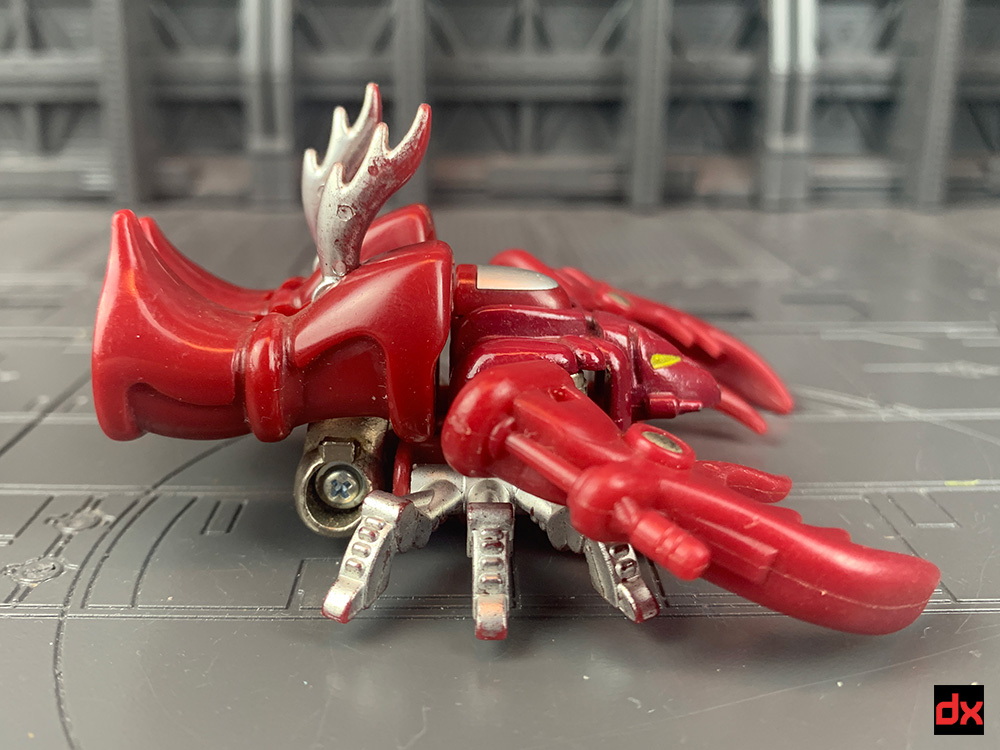 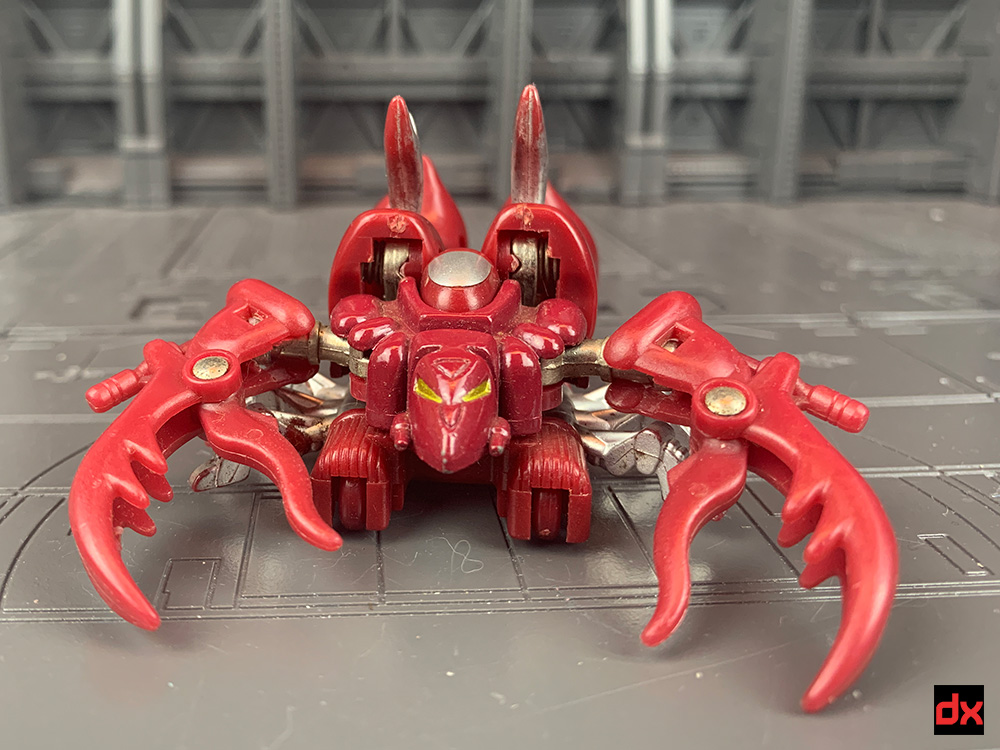 Here are the three versions of Gildas. from left to right - Gobots regular version, Machine Robo, and Gobots Mail-away premium. 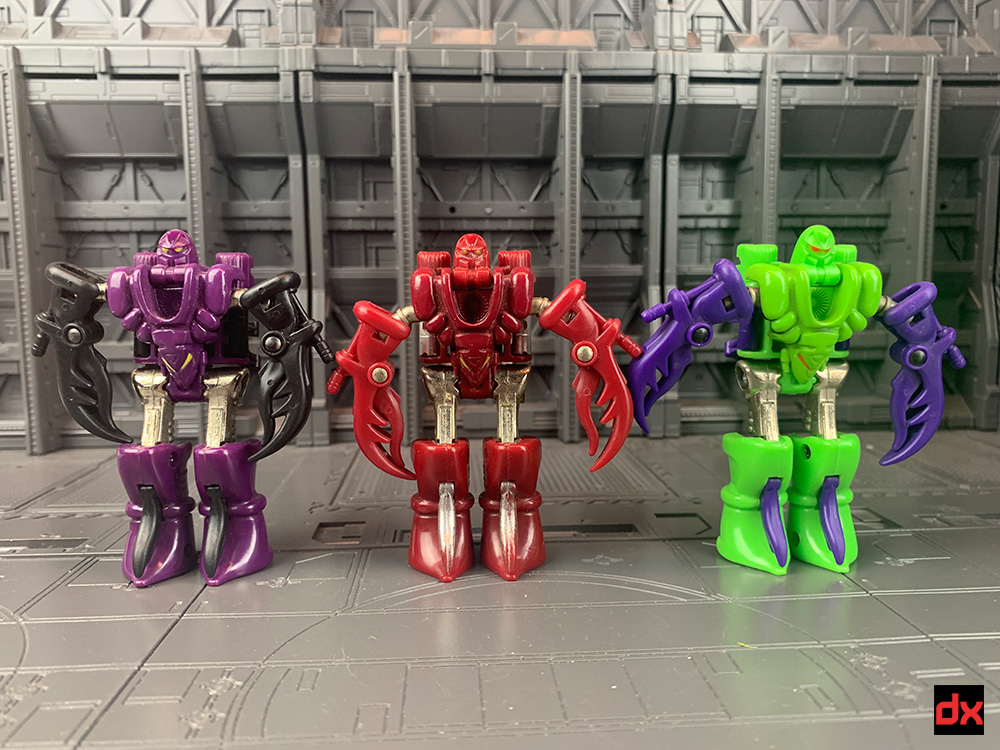