Garaon (ガラオン) is an enemy kaiju from Ultraman Dyna, the 1997 Tokusatsu series. Garaon is a three-faced monster, designed in tribute to the kaiju Garamon and Dada. 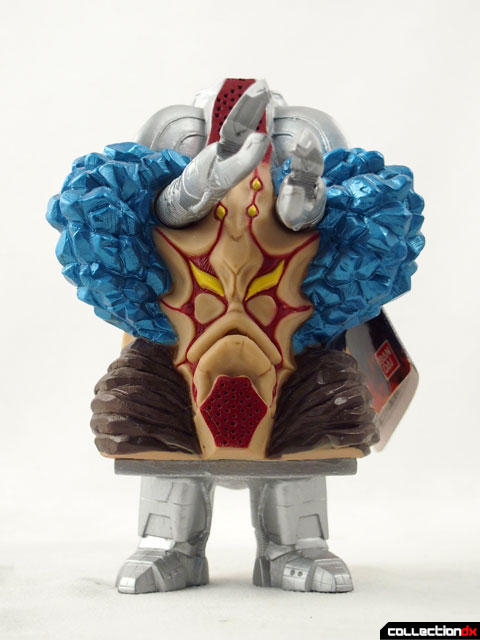 This is another example of the cheap Ultra Monster Series kaiju. These were typically sold with a tag and hung from a peg. 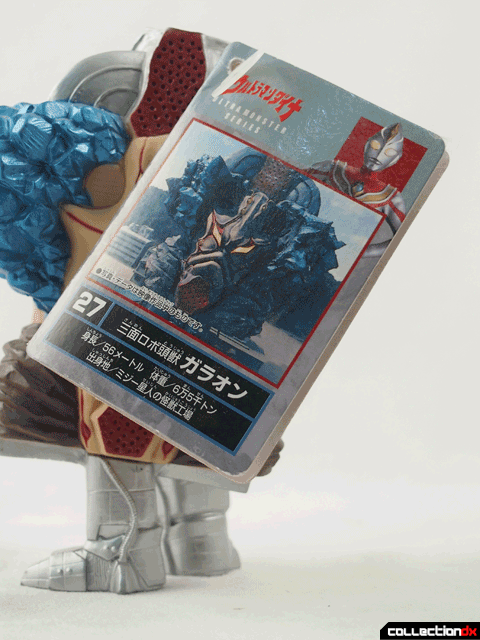 Garaon had different weapons based on what face was attacking.

The Sad Face has a "Tear Beam" attack. 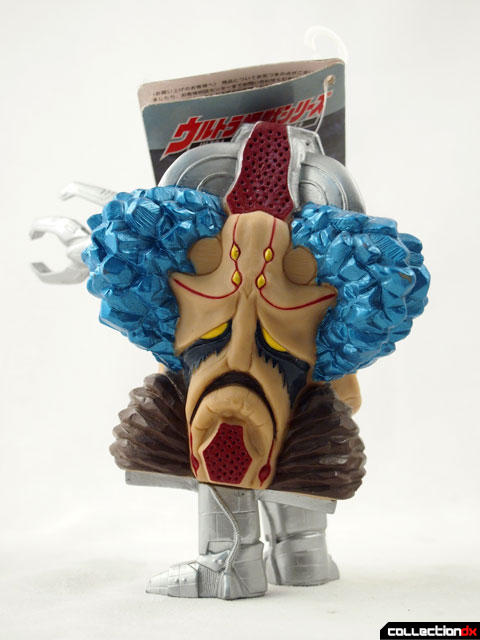 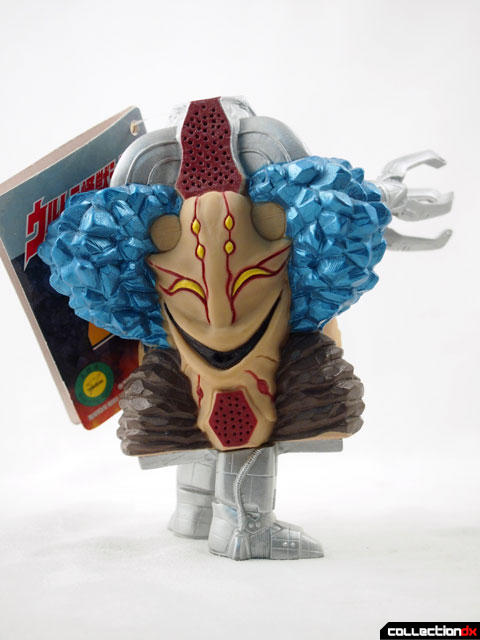 The Angry Face has an "Eye Lazer" in addition to the claws. 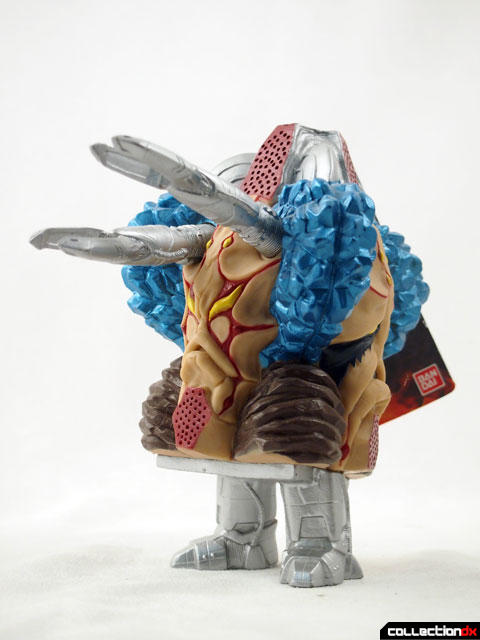 The claws move, but that's about it. Garaon is a classic example of the odd looking (and somewhat anonymous) Ultra Kaiju that litter the later ultra series.