It’s one of those ideas that defies description. It’s a dinosaur and a tank. 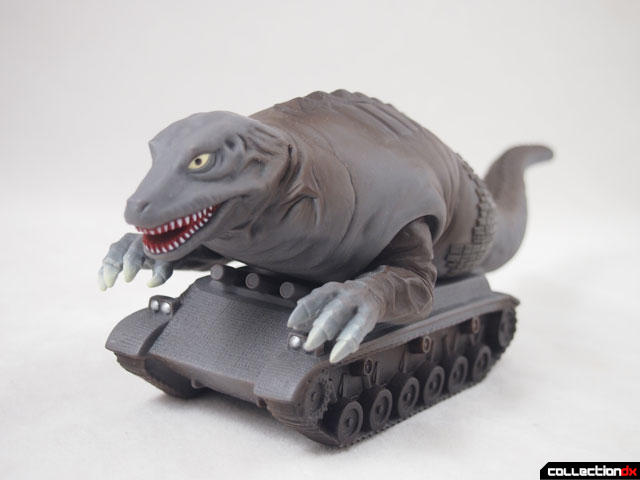 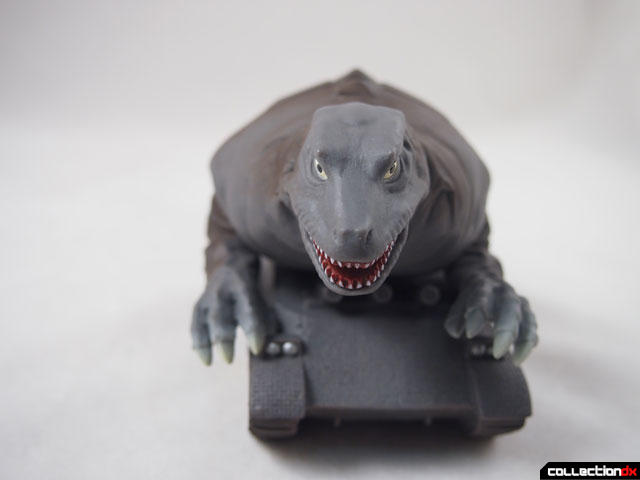 The top part is dino, the bottom part is all tank. 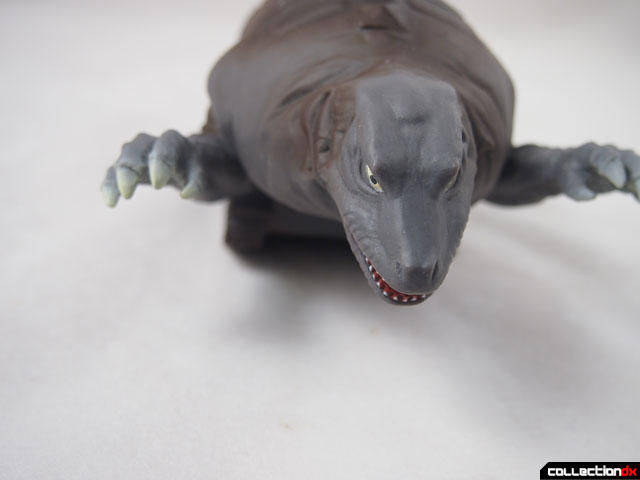 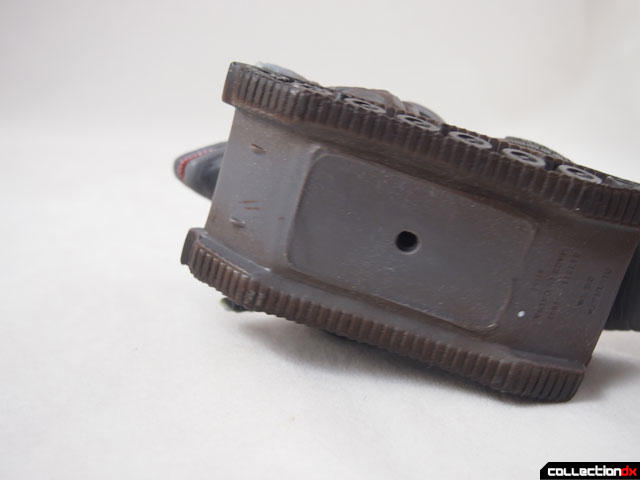 How hard is it to figure out? 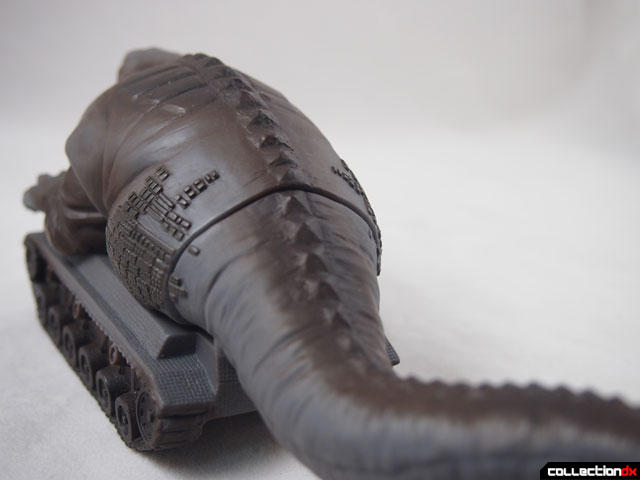 Dinosaur Tank haunts your dreams with its odd merger of two of the coolest things to ever exist.

It’s your standard size Ultra Kaiju vinyl and was sold with a hang tag with a card. 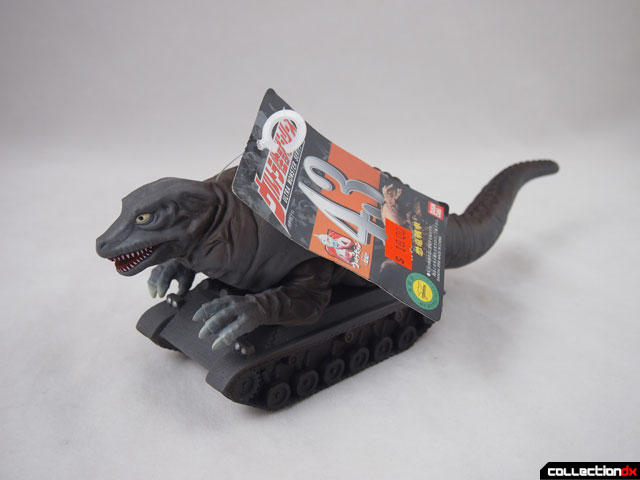 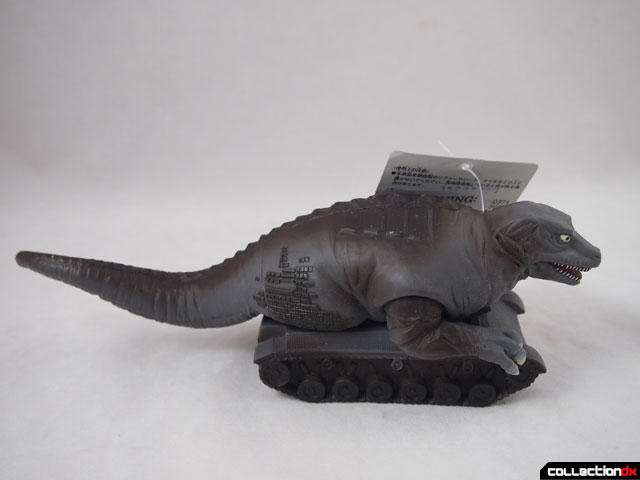 Released in 2008, first versions came with a Data Cardass card. Later releases do not. 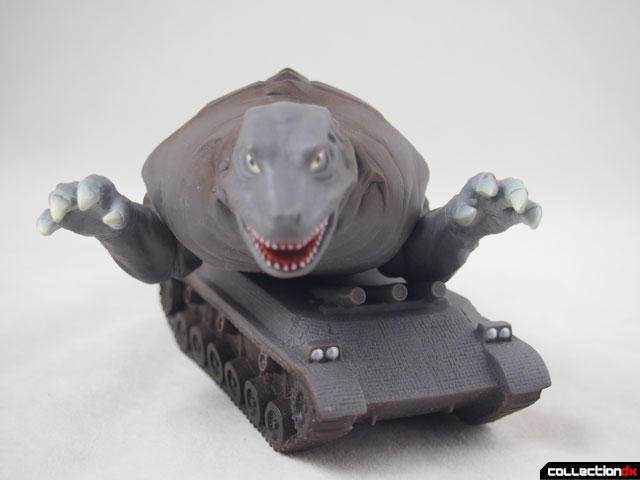 This edition retailed for 840 yen, but of course it isn’t the first release of this mold.

There’s little articulation – the arms and the connection point between the dino and tank. How great would it be to have a high-end version of this with a diecast tank and moveable treads? 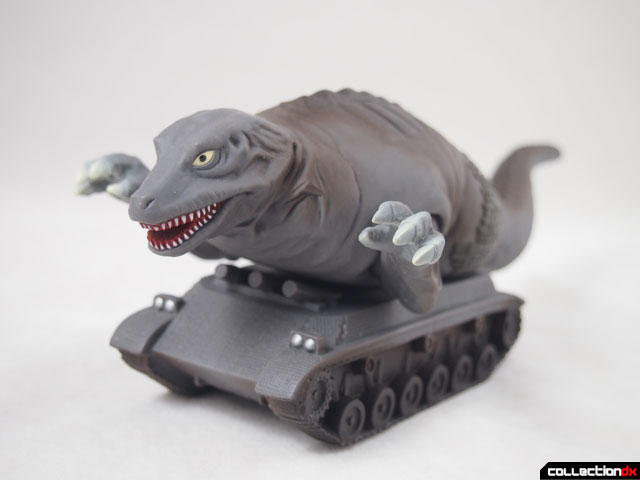 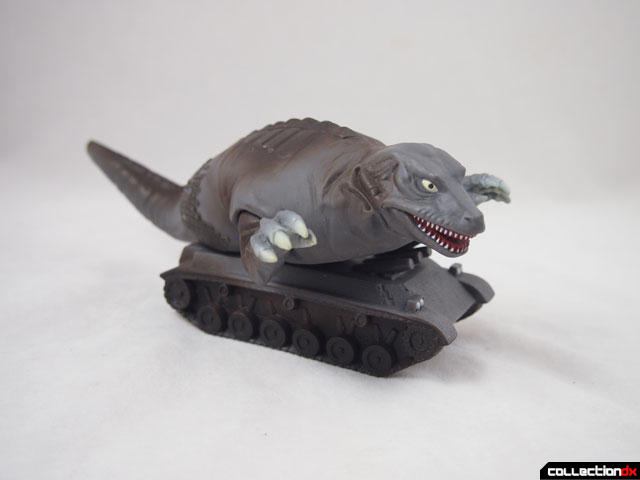 DO YOU HEAR ME BANDAI? 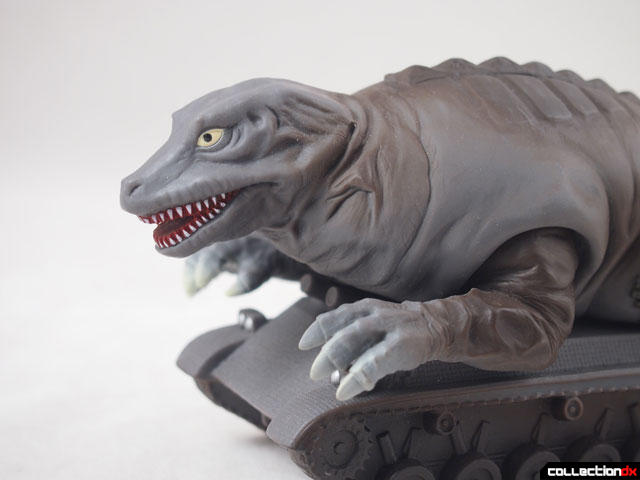 5 comments posted
When u mentioned having a

When u mentioned having a diecast tank part with treads, I immediately thought about the Aoshima m aser cannon set which has a diecast treaded cab that looks remarkably similar to the tank part of the toy. In fact it may even be in the correct scale. Best part is, there is a radio control version!

If there's swivel articulation between the Dino body and the tank, I wonder if it could be popped off and then fit to the top of a RC tank's turret? If the tank's turret would swivel by remote control ... AWESOME!

I've held of on this kaiju purchase so far, but your review is very compelling! My favorite one (so far) is actually a tie: King of Mons and Reicubus.

Didn't Emerson Lake and Palmer make a prog album about this called Tarkus?!

How about Godzilla Battleship, or King Kong Semi truck, or half Great White Shark and half Locomotive, or half Dragon half Sports Car! The combinations are endless! I love this.

it loves you, and it NEEDS YOUR IDEAS!!!