Oh the sweet memory of the 80's. Giant robot cartoons, McGyver, wearing my uncles butterfly collars from the seventies to school, Kmart sneakers and of course the A-Team. There was a certain rush of waiting for the A-team intro to start. The screen goes black for a split second after the commercial break and then all of a sudden, a serious voice takes over followed by the catchy song: "In 1972, a crack commando unit...blah blah" Awesome Well by the time you read this, the new A-Team movie should be out in theaters and by the looks of it, it will be a big hit. I try and shy away from the commercials and movie reviews so I don't get any preconceived notions of what to expect, but the tidbits I've seen look awesome. I saw a tank attached to a parachute and that's all I needed to see to know it will be a cool film. It's funny that the film is based on an 80's TV series because the toy too seems to be based on 80's toy technology. Not that it's necessarily a bad thing since some of the coolest figures come from the 80's but I have a feeling that this was not done on purpose. The box is done with a retro feel to the packaging choosing to use a blister pack design but the shape of the packaging is definitely a sign of modern times. The back has no photos, just a revised show intro dialogue. 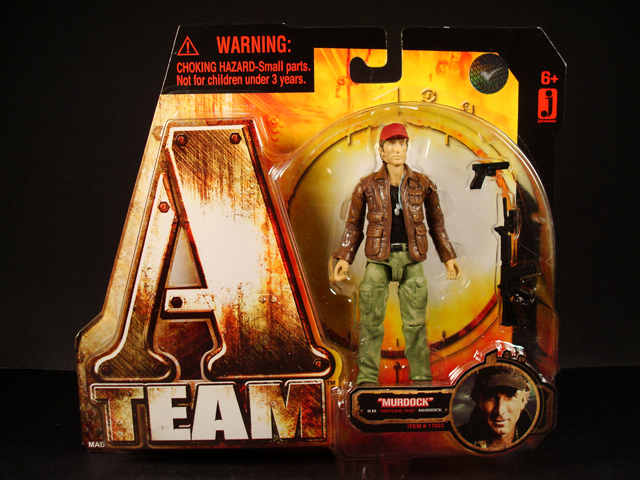 I joyfully grabbed the blister and squeezed tight to release Captain H.M. "Howling Mad" Murdock from his clear plastic containment unit. Once out, Murdock is a simple plain generic looking figure. A tad more detailed than some figures of decades past, but still retaining the spirit, just look at those joints. The figure is made of a soft plastic. 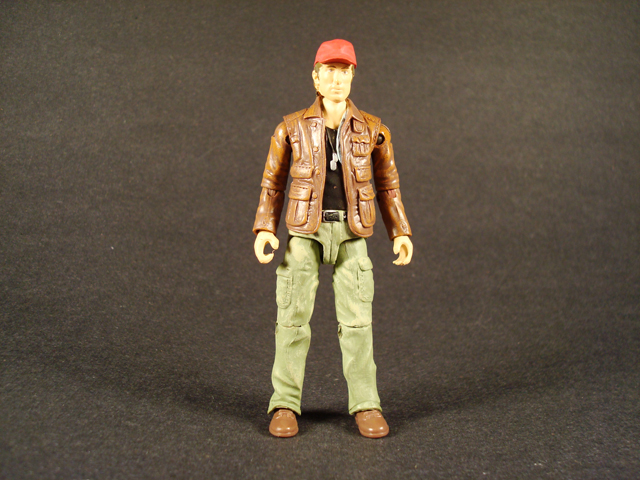 The back reveals more of the texture details used on the front. 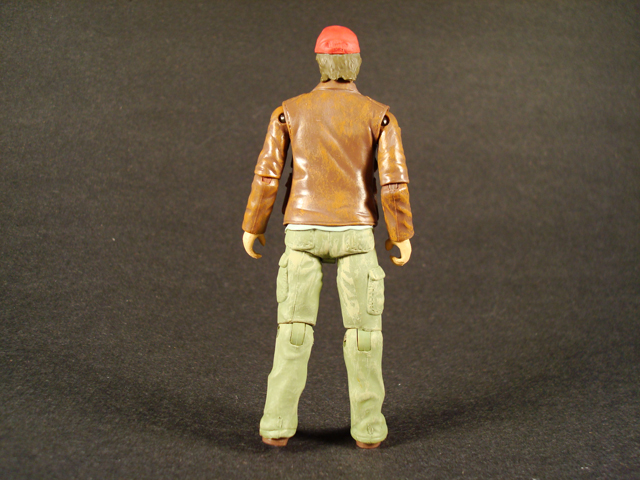 The chest details are simple but full of depth. I like that the texture paint details have been applied by hand which makes each figure slightly different than the other. Gives a nice looking leather effect on the jacket. 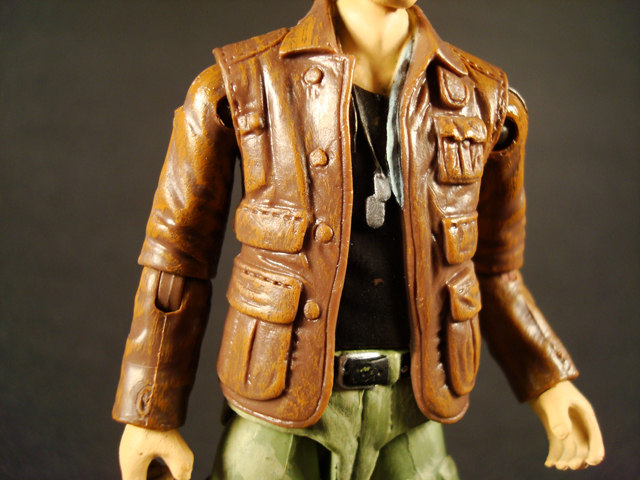 and tough, rugged look material on the pants

Up close, he gave me a silly look. Very Owen Wilson-ish. He looked pensive. That or someone knocked his jaw loose. The face sculpt looks pretty bad up close. There is a slight lack of symmetry on his face. Looks rushed. The cap is also a quick sculpt but does the job. 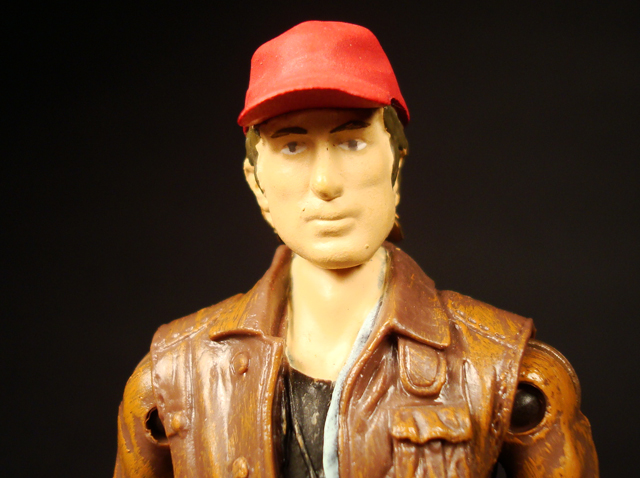 Articulation is OK. I'm sure there are places on this figure that could have been done better, but I don't see any kids complaining about what is offered here. 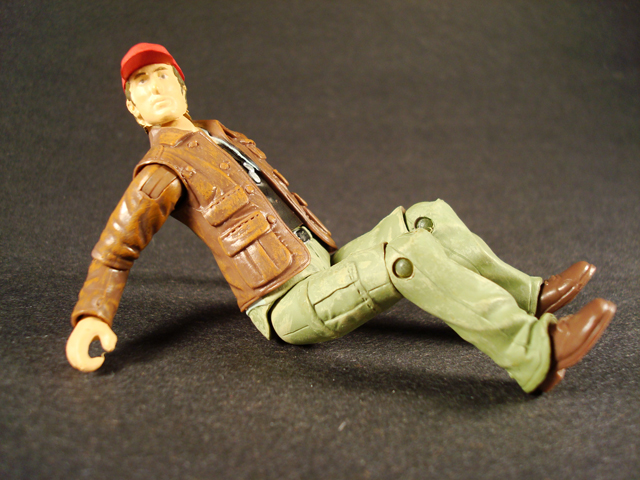 I was surprised to see a waist joint, but as you can see they worked it in. Jacket moves out of the way since the figure is a soft plastic 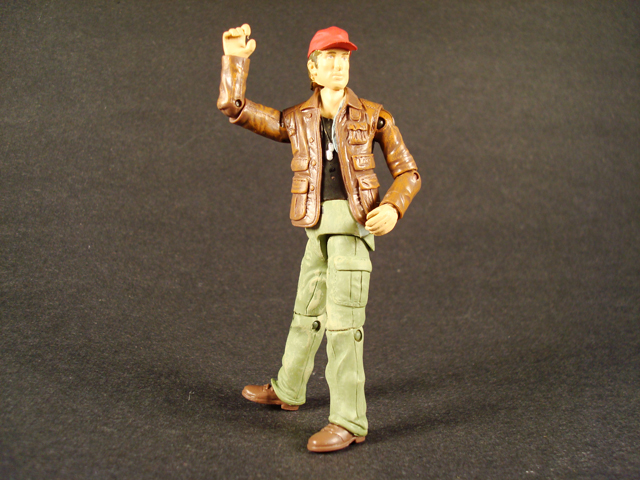 While fiddling with getting the figure to stand, I realized he has ankle joints. Again the pants move out of the way due to the soft plastic so moving the ankles is no problem. 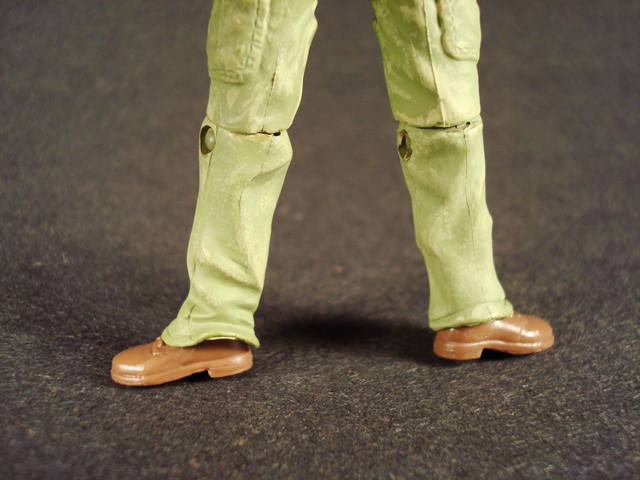 Head articulation is what you would expect from a ball joint, although his mullet hinders some of the movement. Here is a shot of the ball joint. Or does he really just have a tiny faceless head and he's wearing a mask? 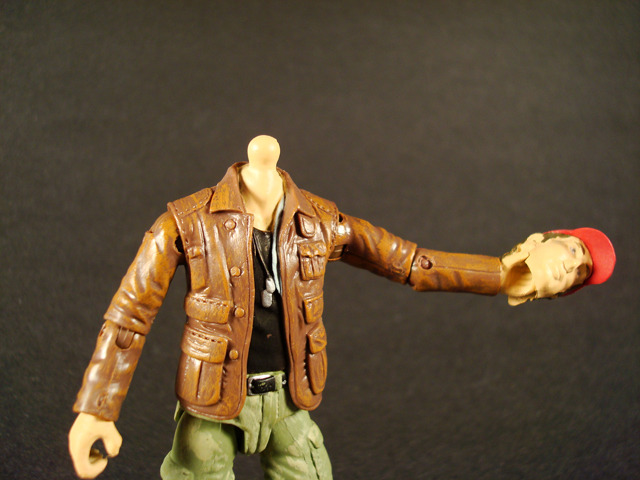 I had trouble standing him up but wouldn't you know it, he was easy to stand in this position! 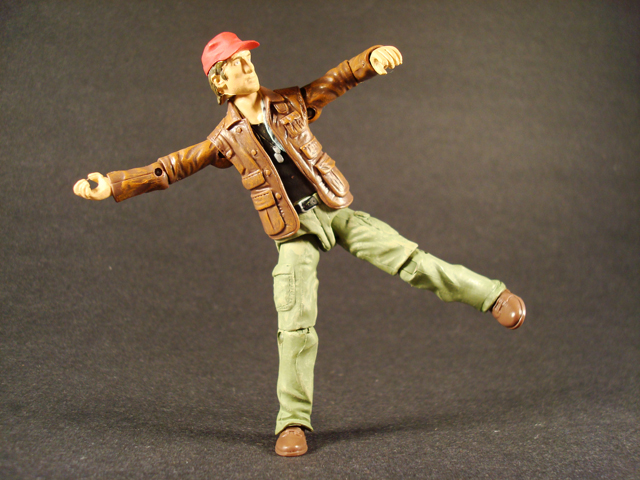 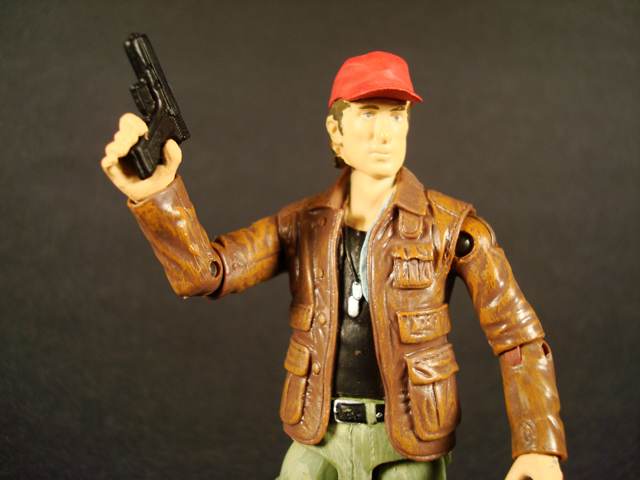 and this nice rifle when the going gets tough 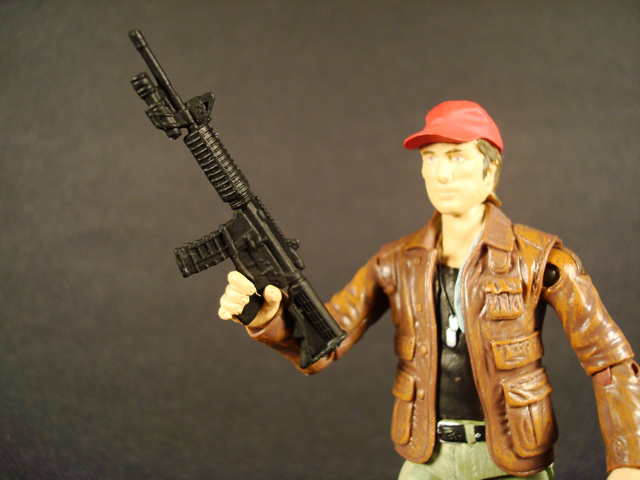 If it gets real tough, he can always use both 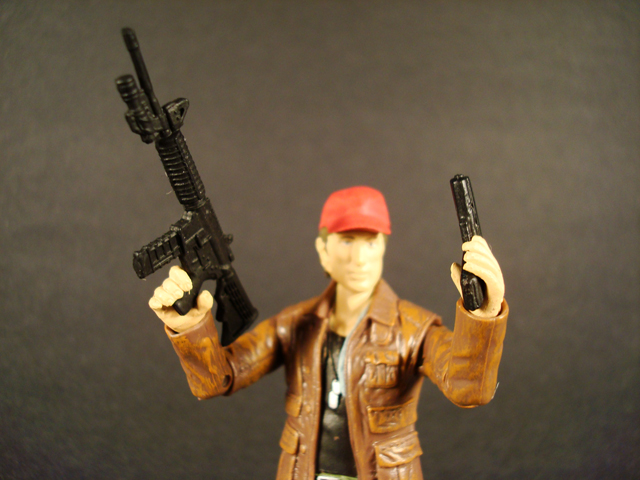 Note: Weapons are ultra-soft. Either for safety or softened from my lighting setup. Here are my final thoughts. It's not bad, but its not very good either. I can't help but feel these figures were rushed to cash in on the movies release. Judging by their Astroboy toys, this seems to be the norm, since those were just OK also. Since these are toys geared towards children, they may not feel the way I do. In fact looking back at some of my figures of my youth, they were horrible even by the standards back then. Some imagination goes a long way when you're young. Maybe my table is not straight, but this figure basically refused to stand up. Even though I kept adjusting his joints, I could not always get him to stand so I could take pictures. A little stand along the lines of what the Iron Man figures come with would have been nice. There is a lot of wasted space in the packaging that could have been used to store the stand in. Overall, if you are a big fan of the A-Team you won't mind it's little quirks.

Nice pics Chachi.
Of course this figure can't stand, ....because he's always gonna get put in the seat of the black van in a sitting position of course!

BTW, are you reviewing that van? huh?huh?