Astro-Nautilus The Man from Neptune 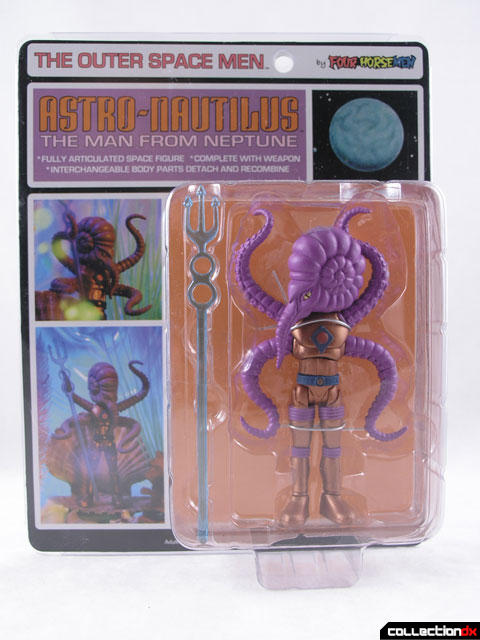 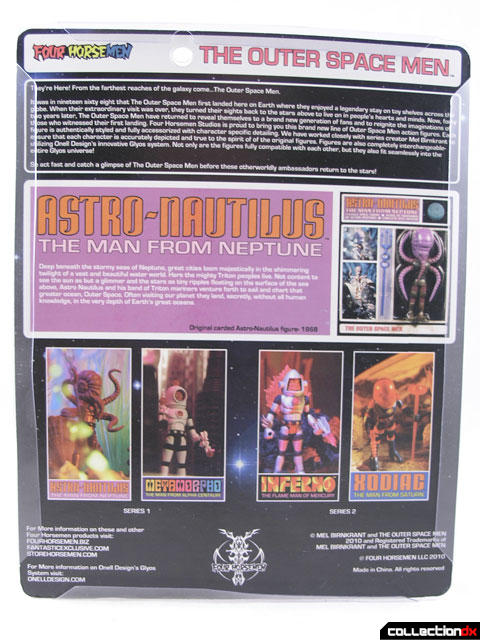 This figure is Astro-Nautilus, The Man from Neptune. 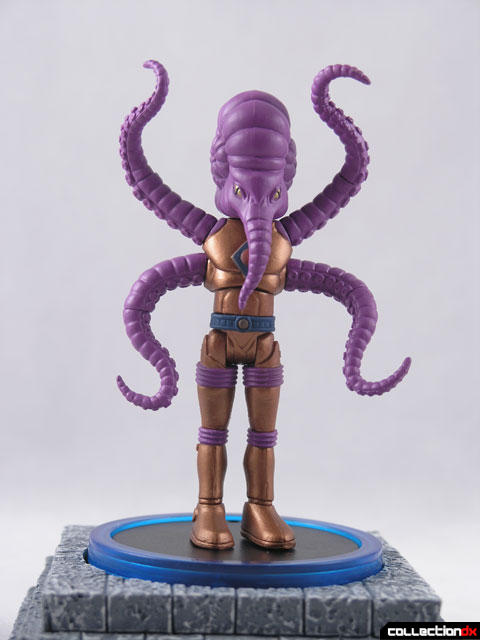 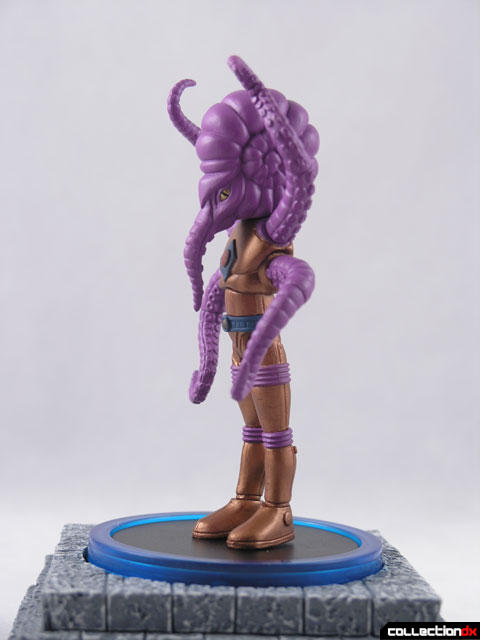 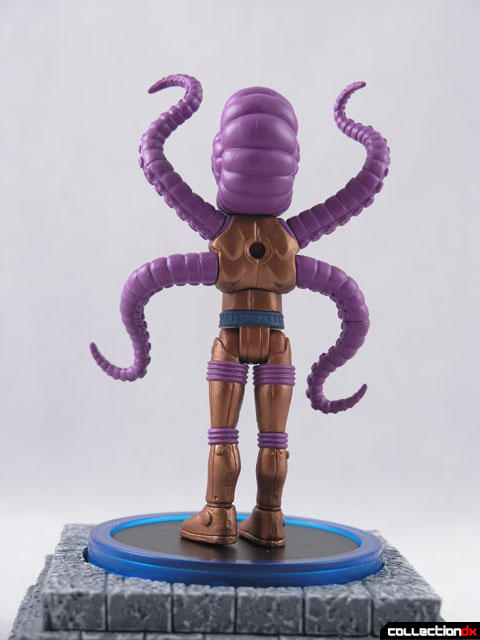 The figure is made out of high-density PVC, the same stuff Glyos figures are made out of. Astro-Nautilus is molded in gold with purple paint applications. The detail is sharp and clean. 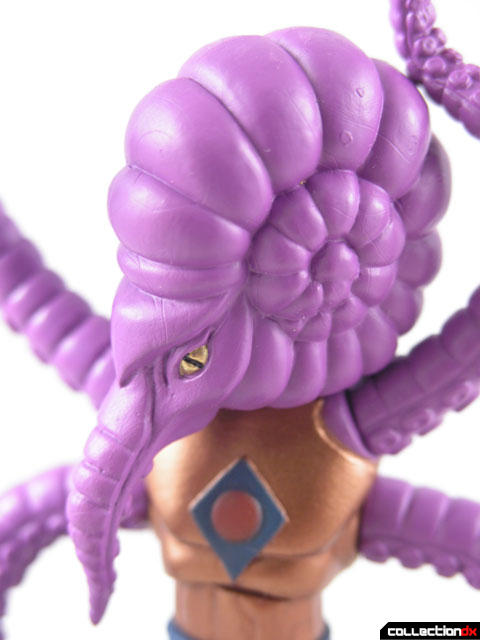 Astro-Nautilus is of course nautical themed – something like a cross between an octopus and a crustacean. He’s got a large, alien head, and four articulated arms. As such, no extra arms are included with this set. 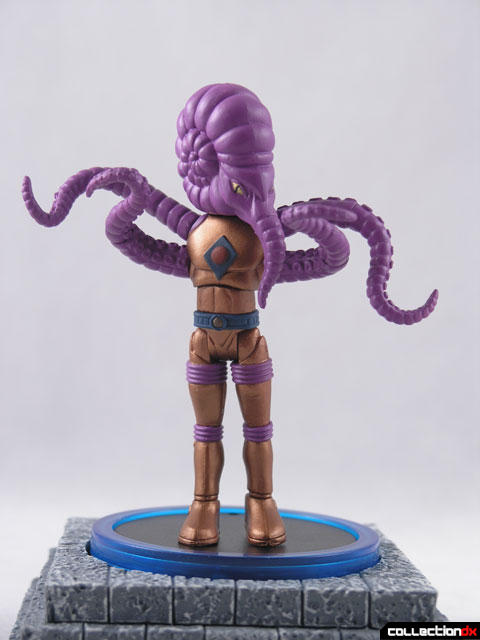 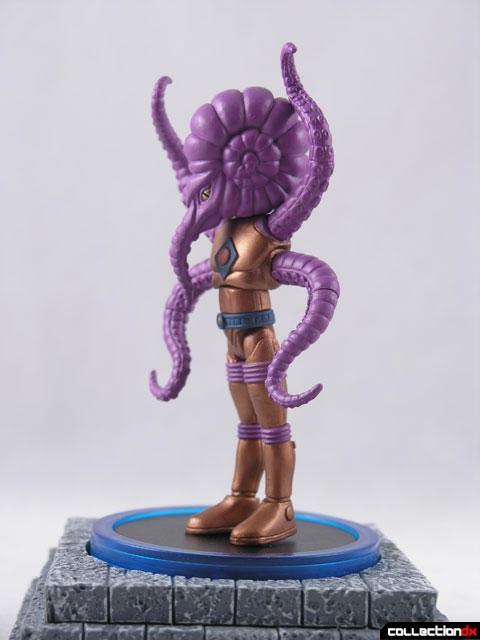 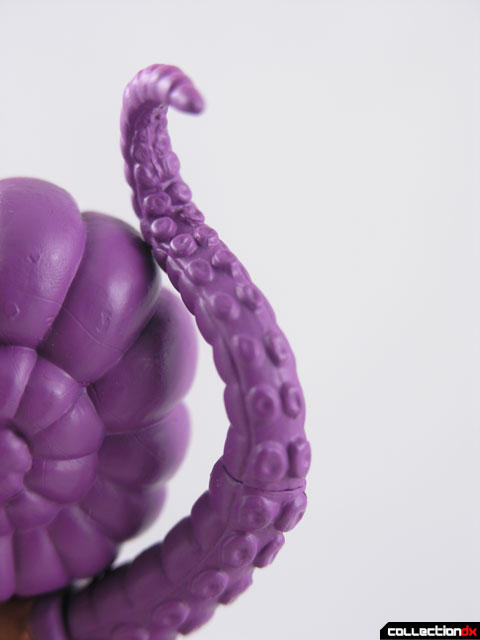 The one weapon included is a hard plastic trident that looks like it would be right at home stirring up a classic cocktail. The Trident has a unique way of being held – you actually have to thread a tentacle through the two loops. 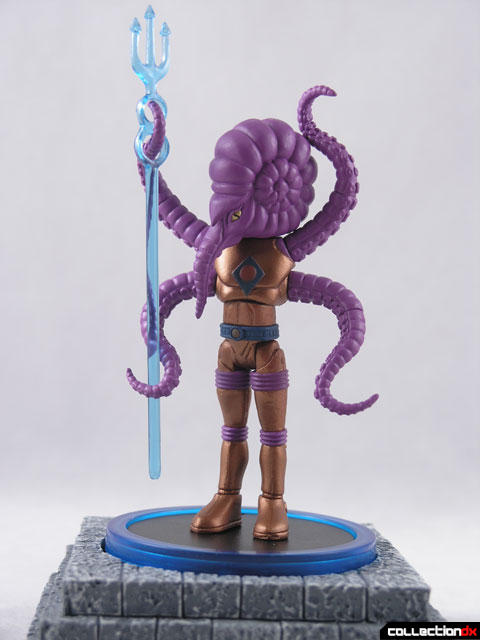 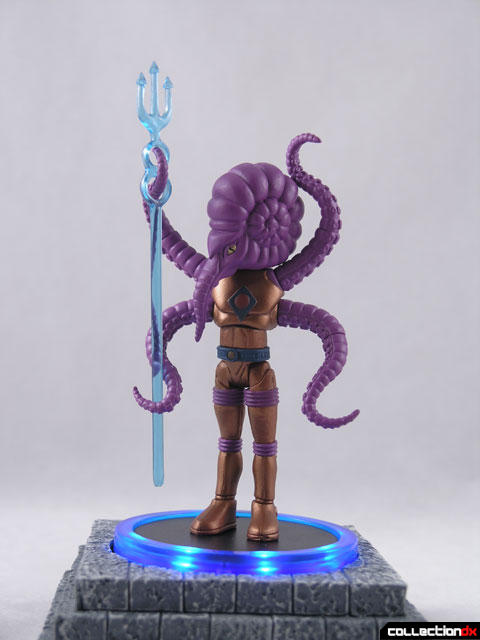 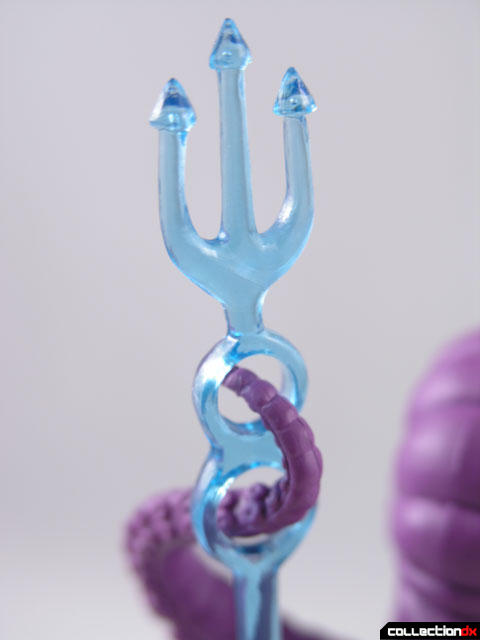 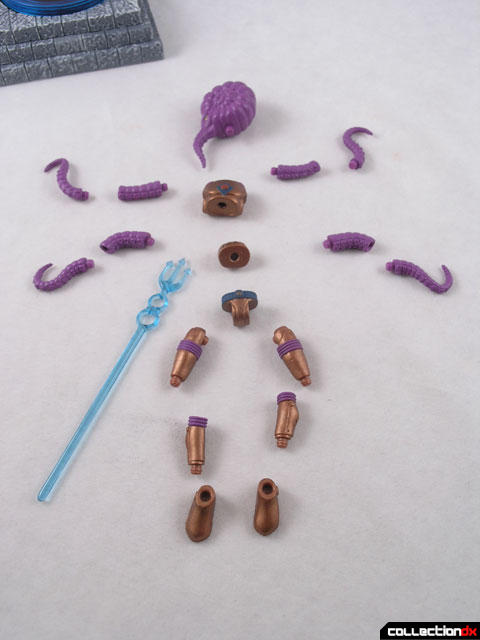 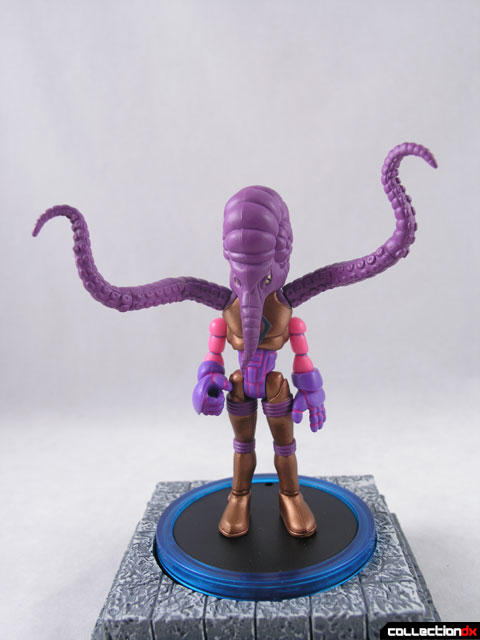 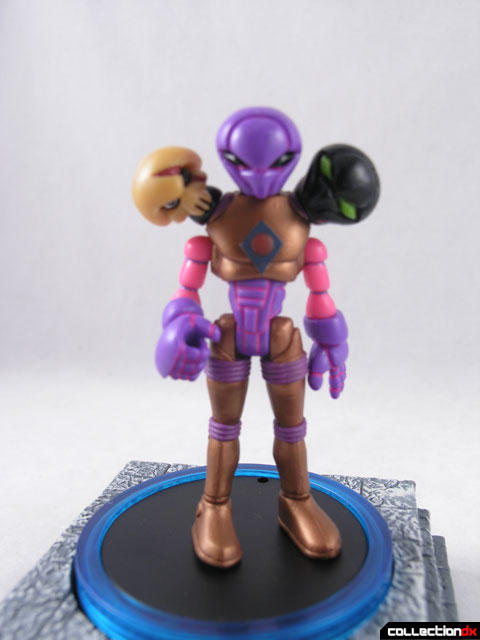 1 comment posted
i don't want to come off all

i don't want to come off all douchey, but there's an actual creature called a nautilus. look em up, they're quite cool!

if i didn't spend so much money and display space on transformers, i would be collecting all of these!