Spoilers ahead (if you are playing ME1 right now skip the next paragraph - Josh, this means you.)

Truth be told, I thought Ashley was a bit of a bigot and close-minded fool in the first Mass Effect game. When I was presented with either leaving Ashley or Kaiden behind on Virmire to defend the bomb it was a no-brainer. So long Ashley! In the interest of supporting the line I did pick up the third release from Square Enix in their Mass Effect 3 figure line. For many, Ashley is an integral character and possibly your romantic interest in the game so I am sure this will be a popular release in the line. 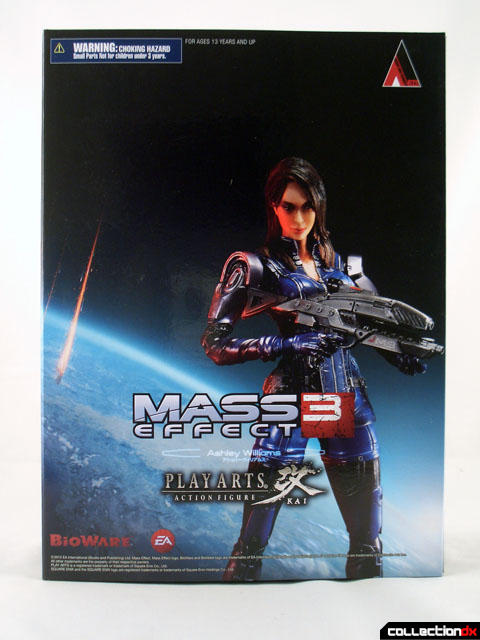 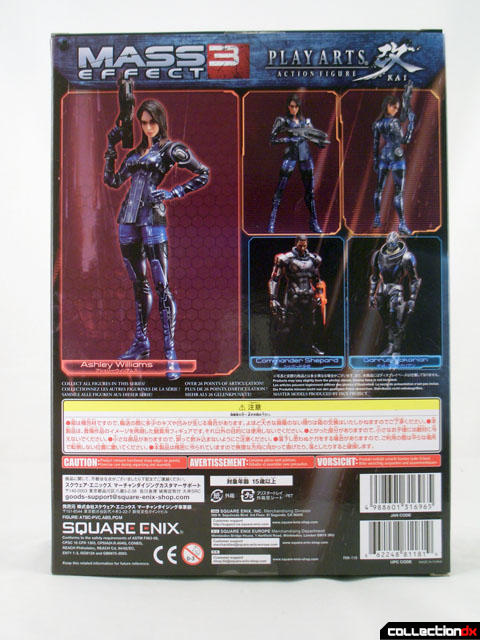 The packaging is a little nicer than what Square Enix usually does for figures in the Kai line, adding a lid/cover that opens to reveal a window box and a good summary of the story and character on the inside. 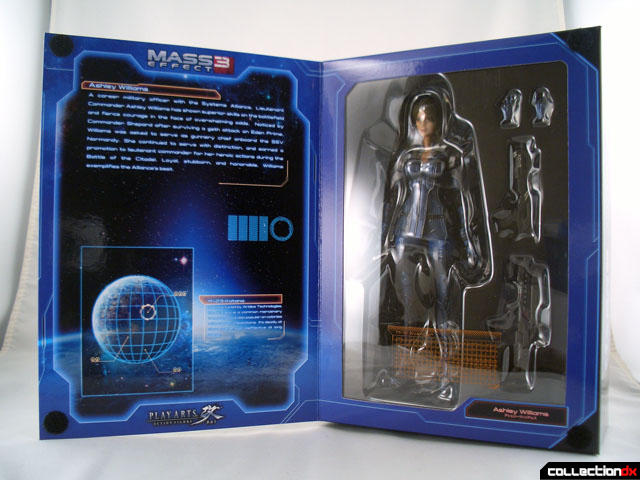 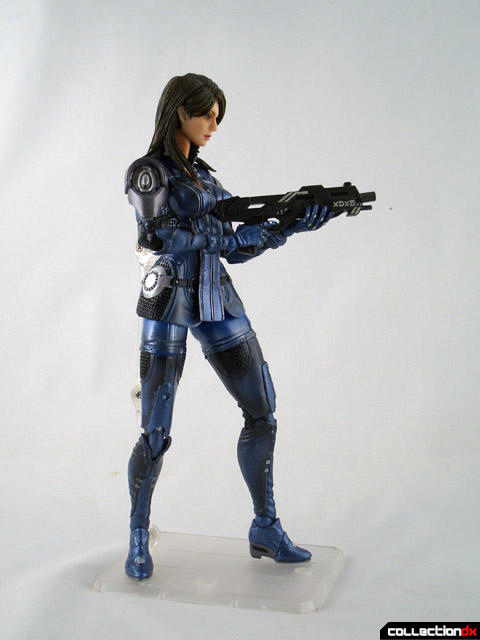 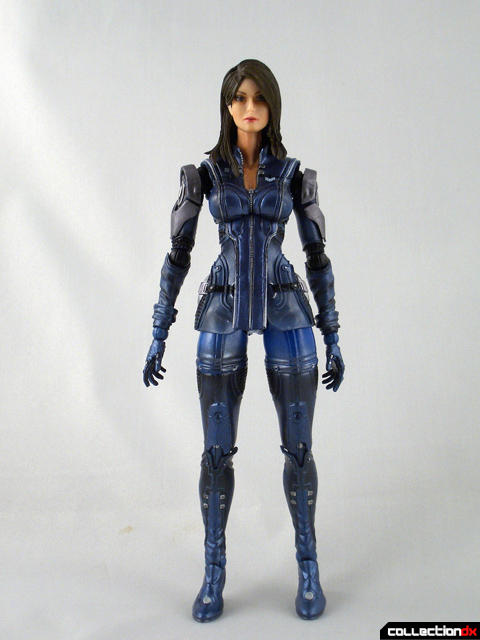 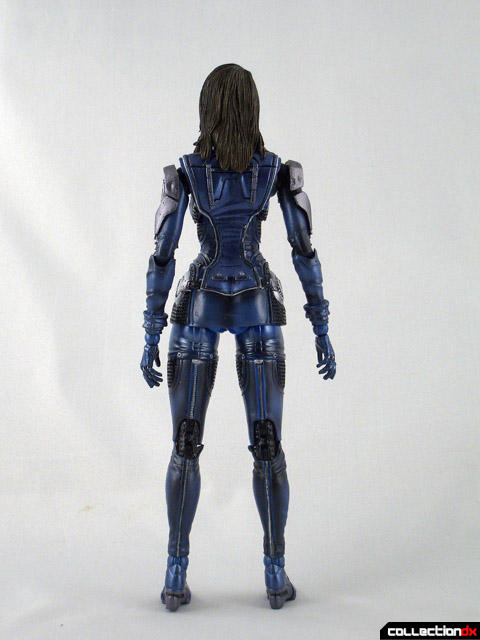 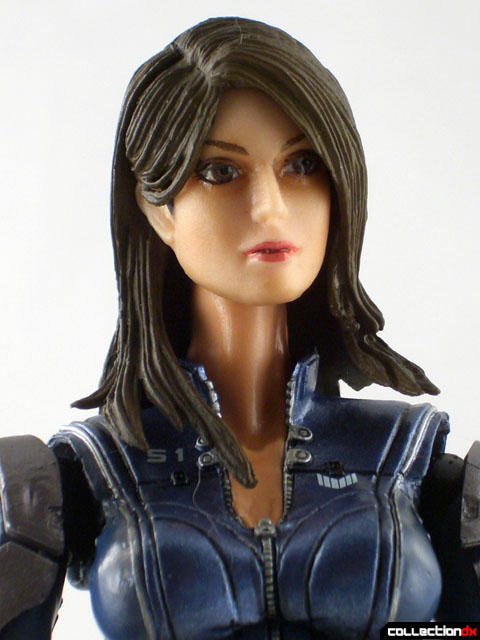 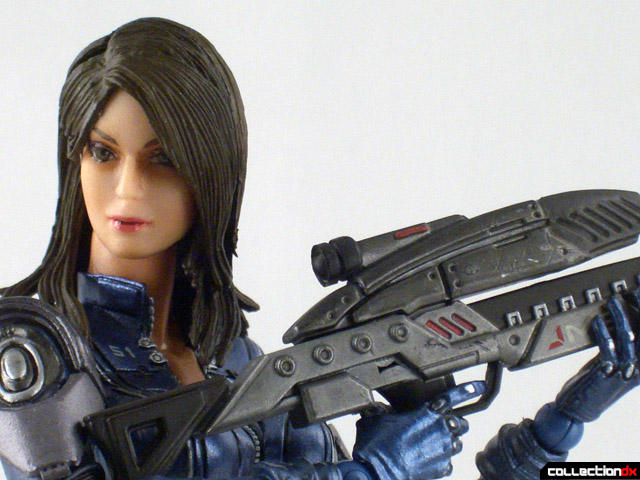 While sculpted detail in the face is good the VERY heavy handed paint application doesn't look right. I’m not sure who at Square Enix is looking at the human characters and saying the paint jobs are fine because they're not. In particular all this shading around the eyes has got to go. It makes them look like they have the flu. 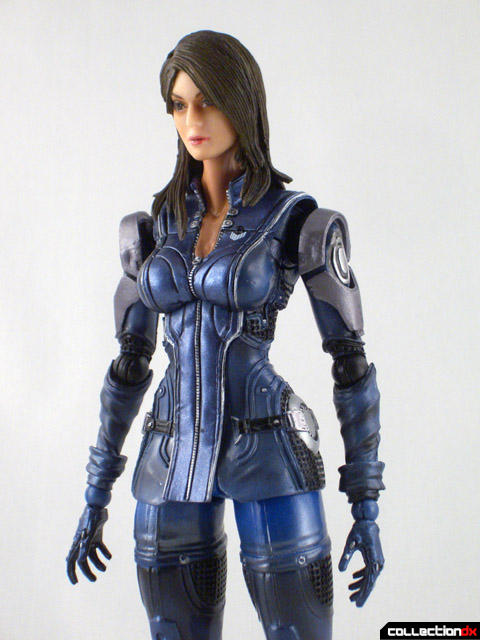 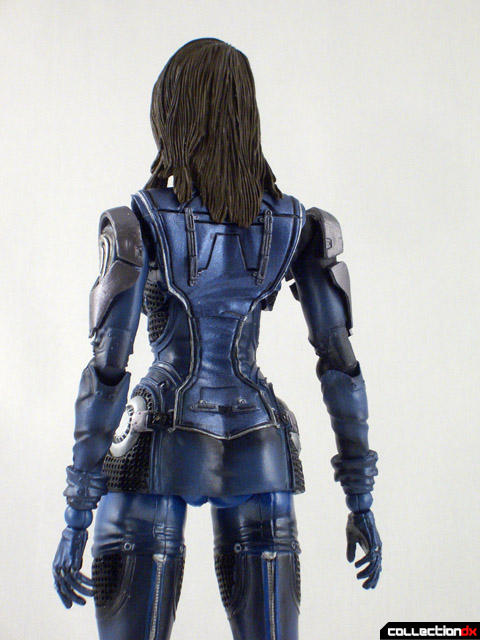 Fortunately the rest of the figure looks very good. Sculpt and paint detail on the body and outfit is excellent and captures the look of her uniform perfectly. 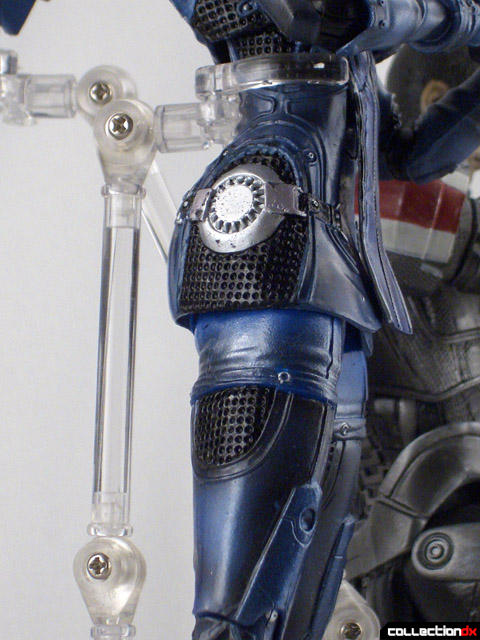 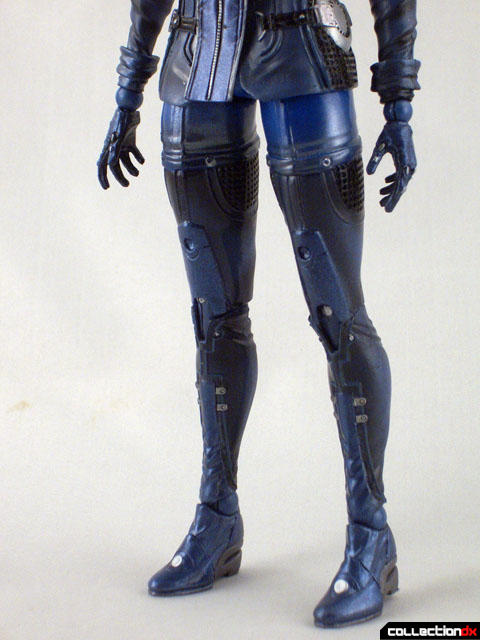 The longer portion of the jacket is a softer plastic and gives when you adjust the hips. It will not inhibit posing at all. 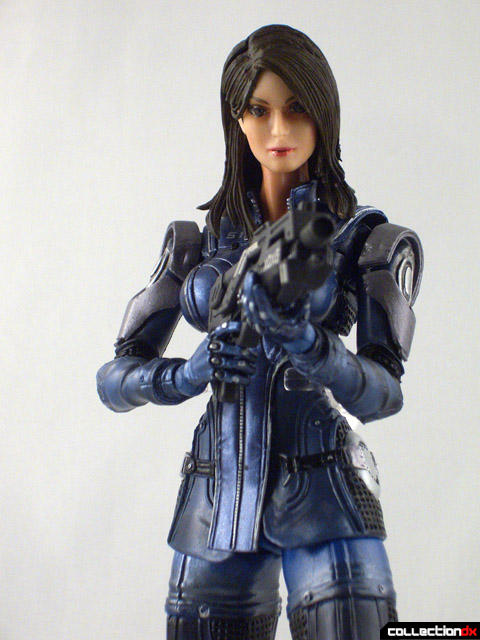 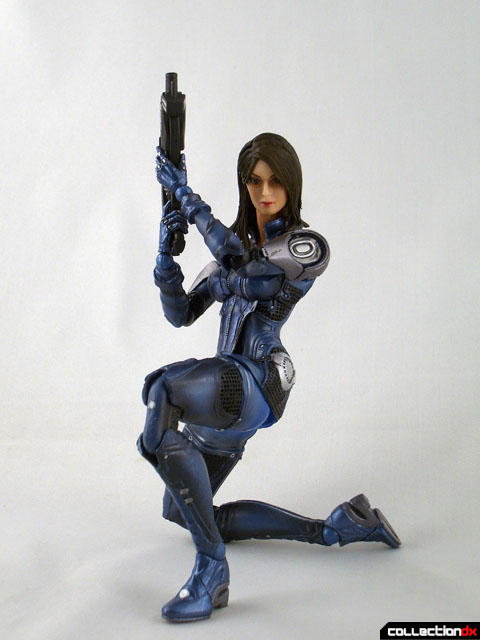 Like the previously released ME3 figures, Ashley comes packed with two different weapons. She comes with the M-8 Avenger assault rifle (my preferred weapon in the game) and the M-23 Katana Shotgun. 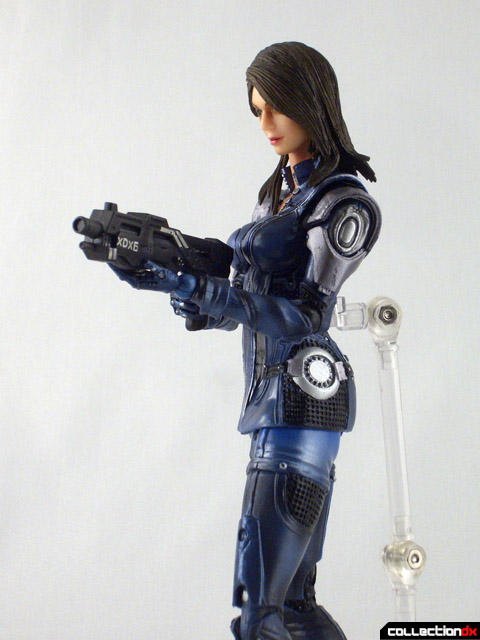 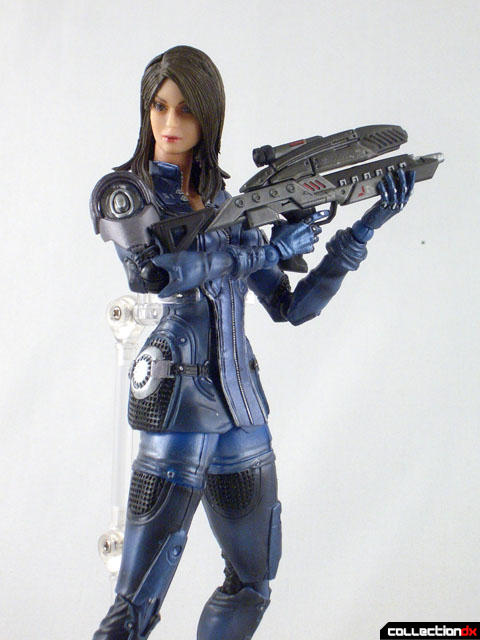 The only other complaint I have other than the heavy handed brushwork on the face is that since she is in heels she can be somewhat fussy to pose. She is nowhere near as problematic as Garrus was, but it is something to consider depending on your display space. Digging up a third party stand might be the way to go just to make sure she is secure on the shelf. 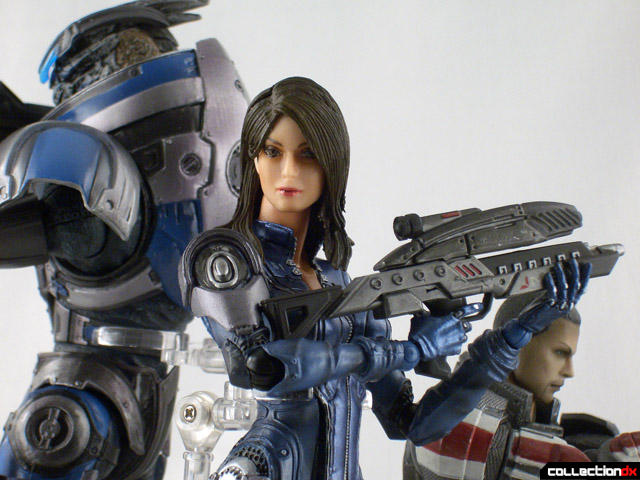 If Ashley is a main character in your Mass Effect story and a favorite of yours you will probably want to grab this figure. I normally would have passed on this one as I do not have any personal attachment to, her but I very much want to see Square Enix continue the line. If I had my way I would have them make each and every person who ever stepped foot on the Normandy. I'd just fire the person who is painting those faces...

5 comments posted
I won't bay 65 dollars for this

Those face paint-apps are still just so... blegh.
It really bothers me -- as you said -- that they can look at that final product and say "Yeah, this... this is good."
In the end, it's Play Arts Kai and faces; what can you do, amirite?

I don't think I'll ever be able to find Shepard's face not completely hilarious. I don't know if the skin tone is that bad in person, but on my monitor it's not even identifiable as the character.

I picked up BroShep, Garrus, and Ashley when they were first released. Shepard's face paint is horrible. But that's the thing--it's ONLY the paint apps that suck. In a desperate attempt to make him look better, I took some nail polish remover to his face and...the sculpt underneath was almost dead-on to the in-game model.

I was always more of a dome faced space chick fan anyway...