You can thank The Enthusiast for this one. After his awesome Power Lords reviews sparked memories in a dim corner of my mind, I stumbled upon this guy at my local comic shop.

I never had him as a kid, but I had friends who had it. I always thought it was wonderfully alien. This, along with the alien Micronauts had a similar aesthetic, both favorite toys of the time.

Arkus is the Evil Dictator, leader of the bad guys called the Extraterrestrial Alliance. His spindly alien appearance doesn't look too menacing, but that goes with the theme of the characters in this line. 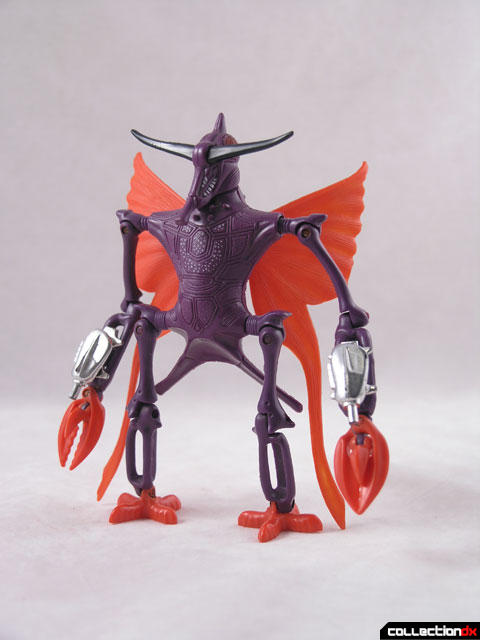 This toy is solid. They don't make them like this anymore. It’s got hard, well sculpted plastic, great articulation, translucent eyes, and chrome weapons. 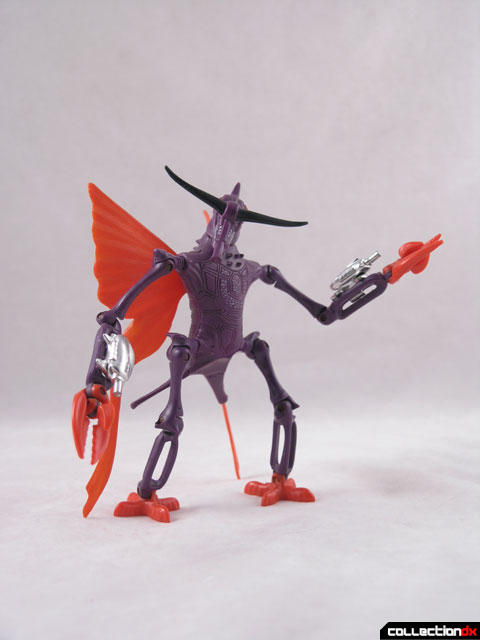 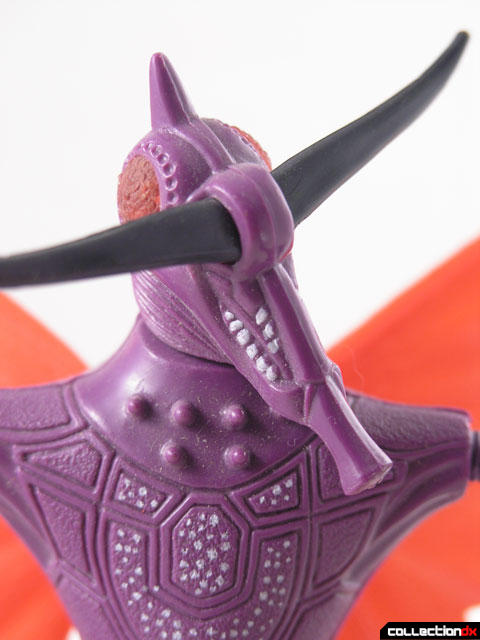 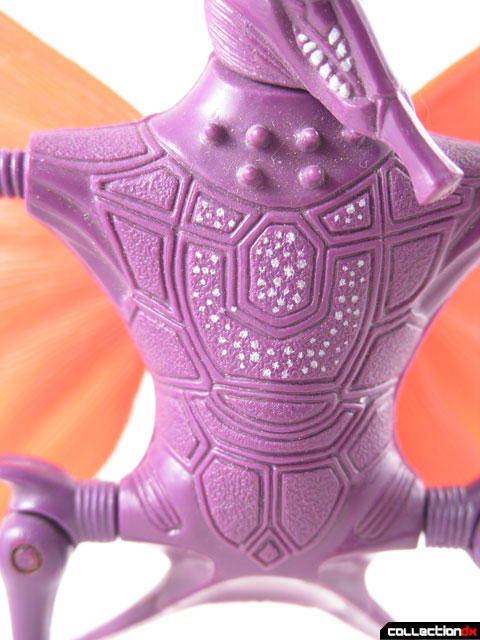 Twenty-seven years after its release, Arkus is as tight as the day it was new. 19 points of articulation and every one of them is still tight. I bought this toy loose. It was played with by a child, but still here it is in fantastic condition, standing the test of time. 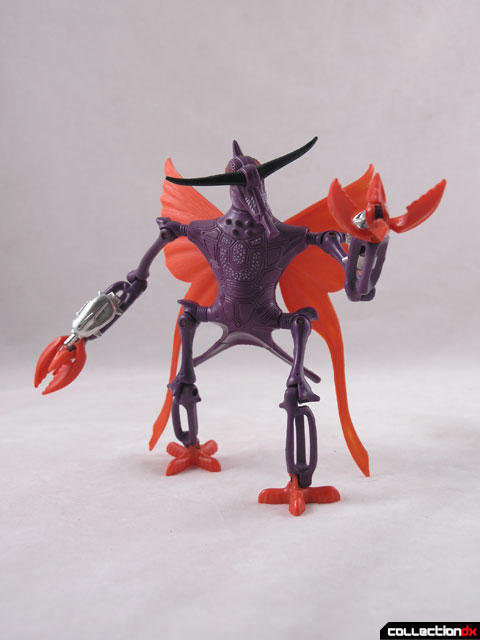 Some fun things about Arkus: The chrome weapons fit into the empty space in the forearms. 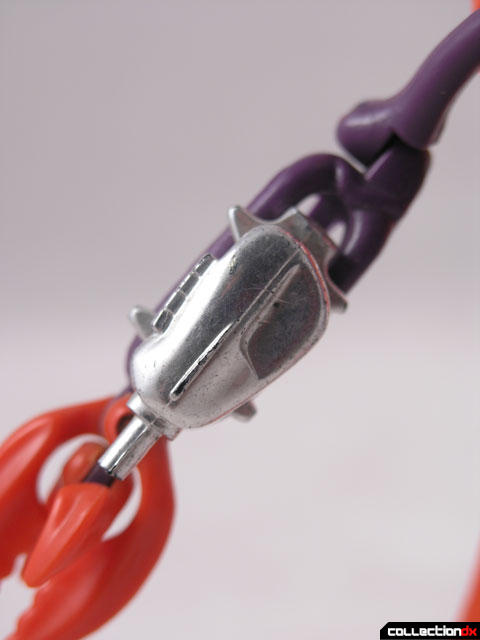 The claws open both horizontally and vertically. They are exceptionally tight. 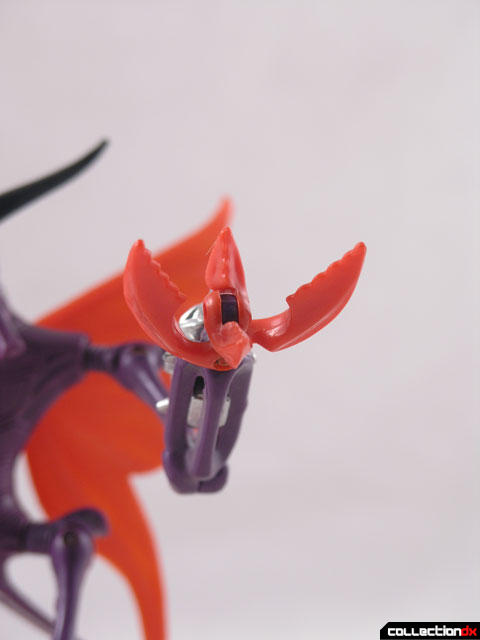 The back has wing-flapping action. Press the red button in the middle, and the wings flap. 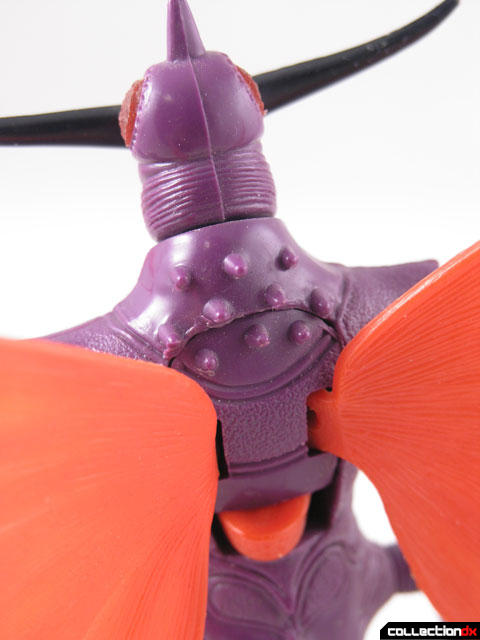 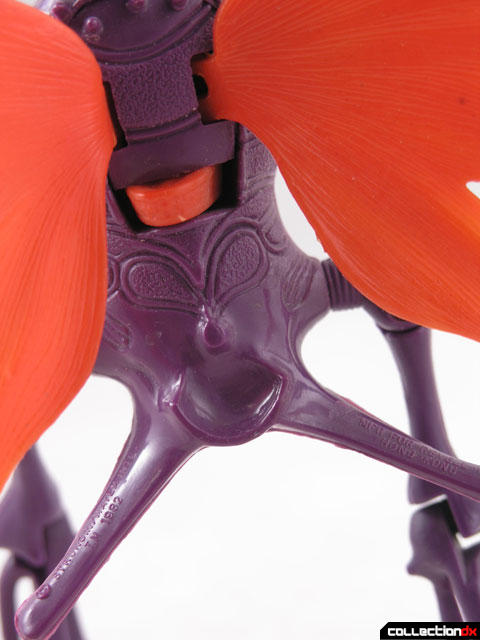 The characters from Power Lords would make great companions (or adversaries) to the Glyos Universe. 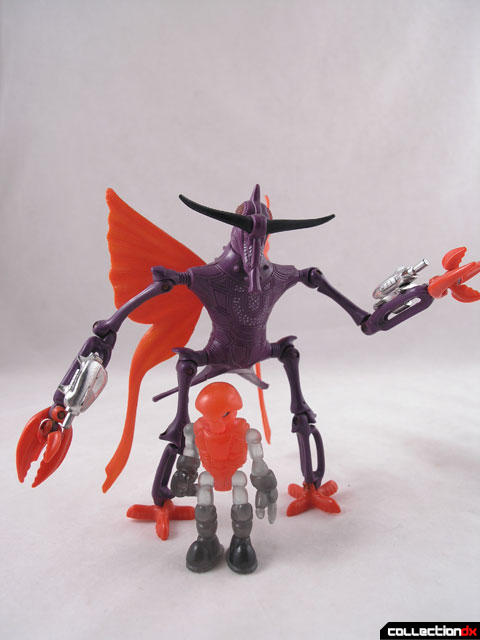 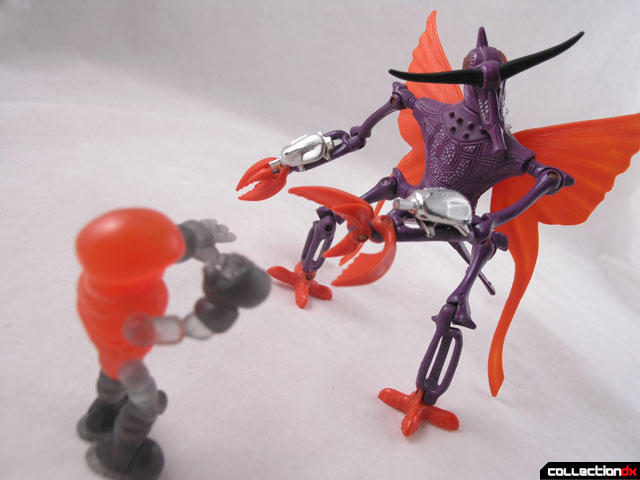 As well made as this line is, it still creeps me out! But I love the 70's Microman funk about it.

I'm happy to turn you on to my beloved Power Lords! Glad you like him.

Never really heard of this line but I like it.

Reminds me of those original Micronaut monsters.

The line was also designed by Wayne Barlowe, shortly after his "Barlowe's Guide to Extra-Terrestrials" and decades before his Expedition book and the Alien Planet special based on it... :D I remember as a teen I always thought it looked like his work, but only had it confirmed in recent years. Recently concept art for an unproduced playset that he drew up went on eBay--I didn't win it but I have the pictures around somewhere on my drive. :D

I accidentally lucked into an Arkus in a really cool toy lot I got a few years ago, and he looks great with my collection of alien figures. Even makes a good ride for Antron if you put him on all fours... :D

I remember a cousin back east had that "Barlowe's Guide to Extra-Terrestrials" which a Google search just confirmed the name of, and which I pored over repeatedly while I was visiting him once. I never forgot that book and always wished I could remember what it was called. Thanks!

Don't miss his Guide to Fantasy, either. With the rather looser definition of "fantasy", it's a much more diverse bunch of designs, but every bit as good as the Extraterrestrials book.

I don't know how this site does it, but you have managed to dig up another long-lost toy memory for me. I had this guy as a child and probably hadn't thought about him in over 25 years! I honestly remember nothing about how I got the toy and was too young to know any of the back-story. I didn't have anything else from the line that I can recall. Just this one creepy dude with his through-the-head horn and weirdly translucent eyes.

I've got nothing to add to what JoshB said about it... just THANK YOU SO MUCH for giving me these unexpected trips back into some of the happiest but least-visited parts of my memory.

I love that this menacing purple alien has butterfly wings.

So this wasn't Japanese designed? I'm surprised by the high level of articulation for an early 80's American toy.

Definitely can work as a super robot monster of the week.

Look at the Mego 3 3/4 figures, those were essentially the basis for every 3 3/4 action figure since, and those were from 1980. While those can be traced back to Takara due to the Mego Micronauts connection, they were original designs.

You know what happens now. One of these is going to leap out and attack me, at an upcoming fleamarket, or con, or something, and demand to be taken home.

Yes, great fig for the day. I forgot about this Alien line. Very Antron-ish. ....And cool!