Sometime in the late 1970s, Spanish toy makers "Nacoral" produced at least four bootleg versions of the Mattel Shogun Warriors Jumbos. Although the original toys were produced by Popy in Japan, it was clearly the US Mattel versions that were being mimmicked. The four toys that were released were Dragun (Robot lanza discos), Daimos (Robot lanza cohetes), Great Mazinger (Robot Lanzamisiles) and Gaiking (Robot lanza punos).

Of the four, the one I always wanted the most was the Robot Nacoral Lanza Discos (which from here on I'll refer to simply as "Dragun", since that's what we all know him as.) While each toy is distinctly different from the original, I've always thought that the Dragun was so cool that it almost looked better. Several changes were made to the toy. First and most noticeably, the color of the lower arms and the cape was changed from red to black. This really gives the toy a darker look. The red plastic is lighter than the Popy version, having an almost orange hue to it. 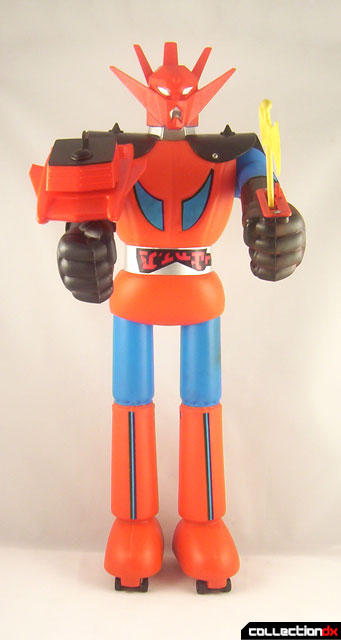 Instead of having a painted soft vinyl head, this version's is molded in two pieces of hard plastic and glued together. Silver stickers are added to the eyes and mouth and the dot in the forehead is not colored. The neck is still painted silver. 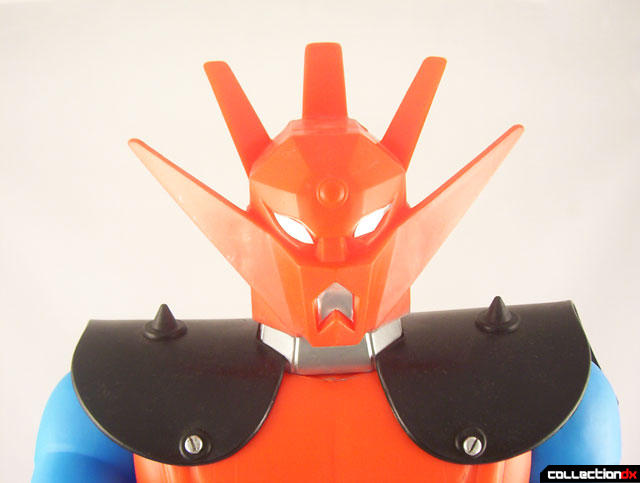 This toy comes with axes that can be hurled from the left hand like the previous version and it also included the "star shooter" that came with the Mattel Shogun. The star shooter is the clip on kind, not the kind with the strap and attaches to the ridges in the right arm. For some reason, both lower arms are screwed into the upper arms and cannot be turned. 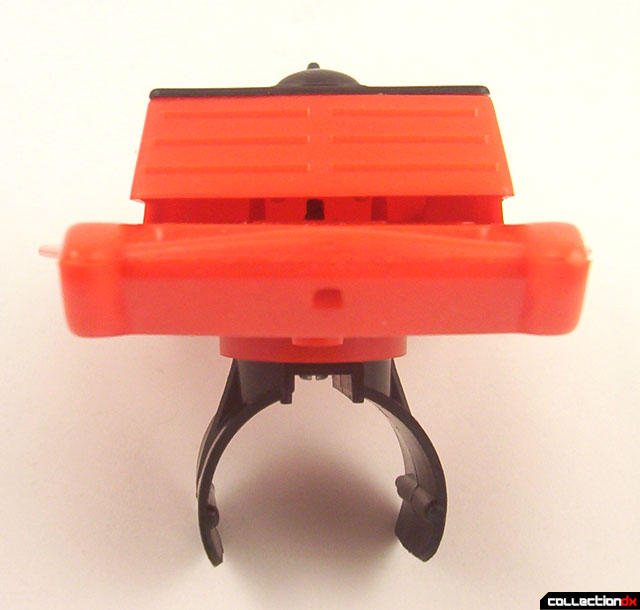 The Nacoral version of Dragun differs from all previous versions by having one thin straight sticker on the front of each leg, rather than the "V" or lightning stickers seen on the legitimate releases. The sticker on the stomach is most interesting. It appears to be a completely made up set of symbols designed specifically for this toy. It's certainly no language I am familiar with, at least. 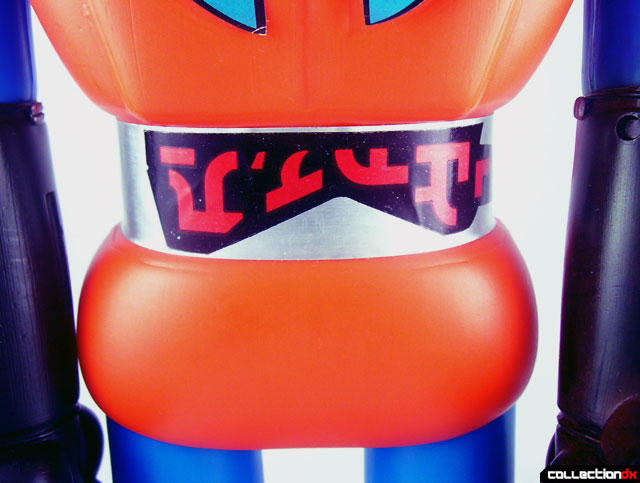 One of the things I love about this release is the box. It's clearly designed to look like the Mattel Shogun Warrior boxes, but has some interesting things about it. Firstly, the toy shown on the box appears to be the actual Mattel version and not the toy that comes in the box, except that the eyes are all silver. Secondly, for some reason there are black circles inside the chest stickers. This rather sillly addition makes the whole chest look like a face. Thirdly, the sticker on the waist of the toy on the box is simply the sticker for the Great Mazinger jumbo turned upside down! Fourth, even though the "discos" part of the title is simply Spanish meaning "discs", I love how the glittery lights in the background give an actual "DISCO" feel to the presentation. It was the '70s after all. Fifth, and lastly, it just makes me laugh that they decided to take one picture of the toy and show it FIVE different times on the box. (Once on the front and two times on both sides.)

This version of Getter Dragun is very slightly smaller than the Popy version and although it is nowhere near the same quality, it's a very interesting and different take on a popular character. A nearly identical version was also released by the Venezuelan company, "Famosa".