Takara (now Takara-Tomy, but here-after just ‘Takara’ for simplicity’s sake) has always operated in symbiosis with American toys and pop culture. The Osaka manufacturer arguably invented the modern robot toy when it cast its 12" G.I. Joe mold (licensed from Hasbro) in clear plastic, inserted chrome guts, and created Henshin Cyborg. And it arguably created the modern action figure when it shrunk Henshin Cyborg down to 3.75” to create Microman. Microman jumped the Pacific and became the Micronauts. The Micronauts then inspired the modern Hasbro G.I. Joe figure, bringing the process full-circle.

But it didn’t stop there, as we know. Takara brought in Micro-Change pals for Microman, then shrank Microman into Inchman. Micro Change and Inchman’s Car Robo and Diaclone pals jumped the Pacific to become Transformers. Transformers jumped back to become, well, Transformers. So Takara has driven a fruitful exchange of toy culture between Japan and America for decades. And that’s just action figures. I haven’t even mentioned the rich cross-cultural pollination of penny racers, dancing flowers, and novelty cat paws.

Microman, the second-oldest branch on the TF family tree, has remained in production nearly continuously since 1974. While the series never recaptured its original popularity, Takara has grown and refined the property in exciting ways. An ambitious reboot at the turn of the millennium was a commercial failure. Since, Takara has cautiously released a modest number of Microman toys, lately more oriented towards licensed properties than original characters (the Micro Action series). In the process, tired American licenses for Aliens, Batman, and Superman have all received the micro treatment, with varying degrees of success.

Cyborg Superman dramatically re-interprets its source material. The comic version is a dorky looking combination of Superman, Terminator, and Cable. This figure is the character through the Takara lens, tricked out with gobs of clear plastic and chrome.

The figure comes packaged on a ‘forever-mint’ type bubble card. Accessories include a few melee weapons, armor, and a stand. 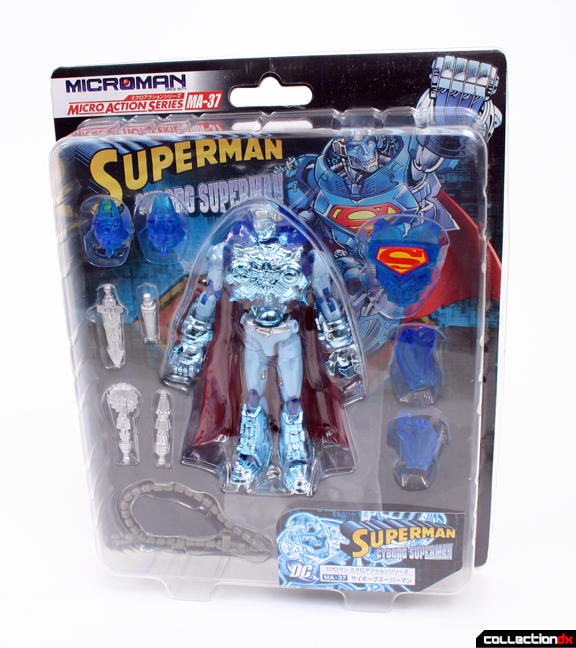 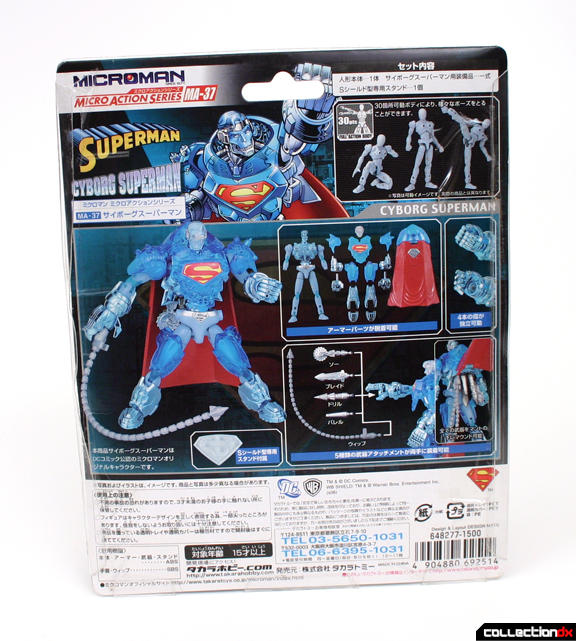 While this design is an elaborate iteration, it’s still built on a standard Microman base figure.The legs, waist, arms, and shoulders are stock, but the torso, hands, and head sculpt are unique. 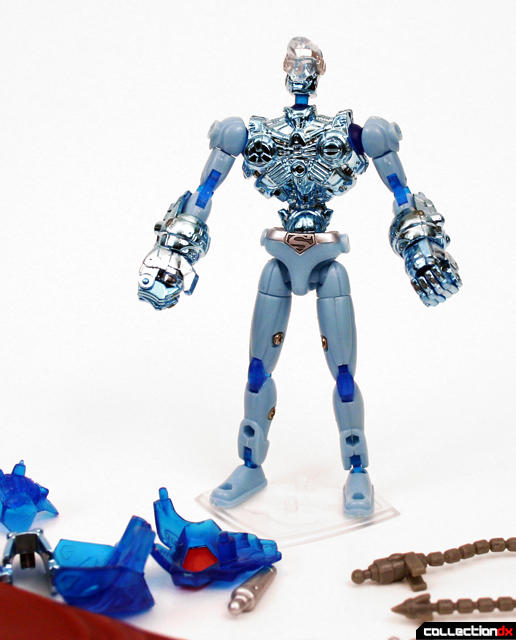 The torso sculpt is super detailed. The two-part chest/spine assembly allows for dynamic posing, at least without the armor on. 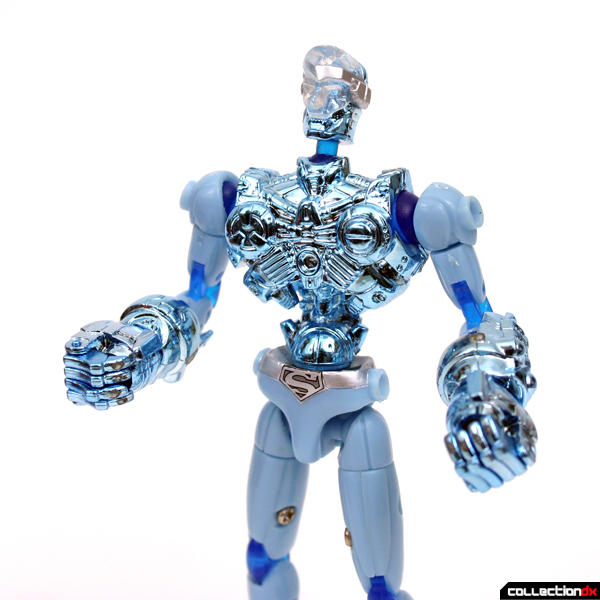 The back features classic 3 and 5mm micro-ports. 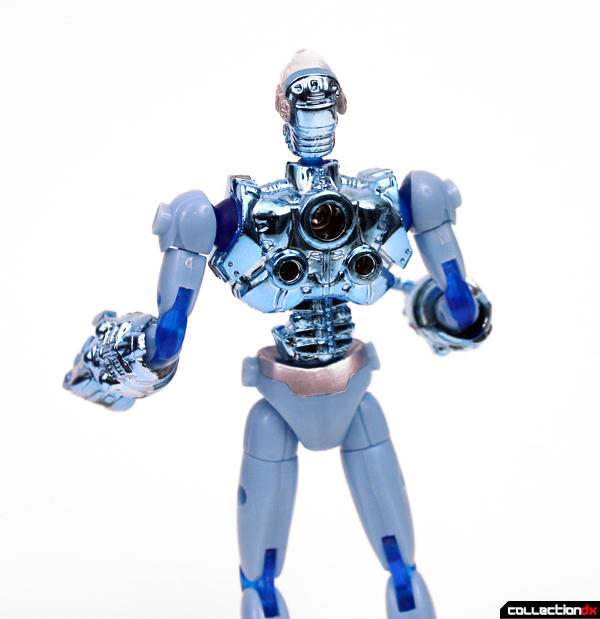 I like the stripped down figure as much as the fully loaded Cyborg. It’s like a lost figure from the 70’s line. 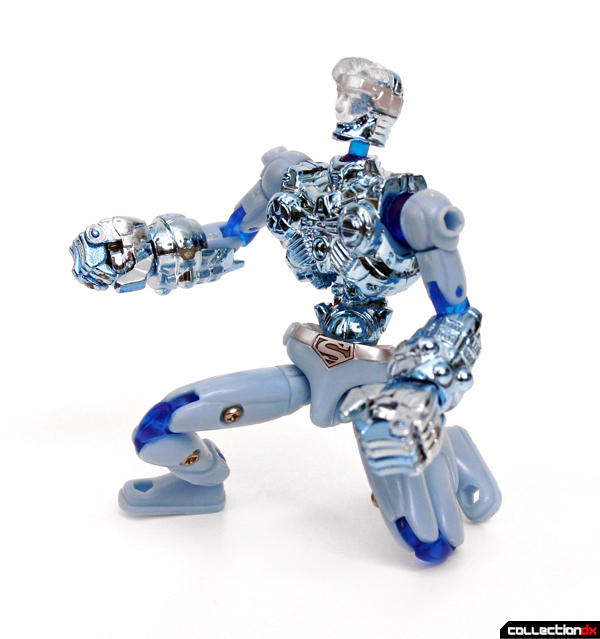 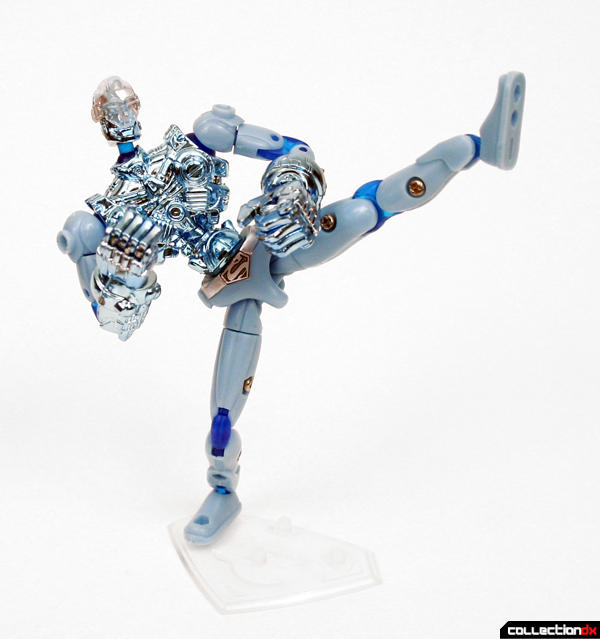 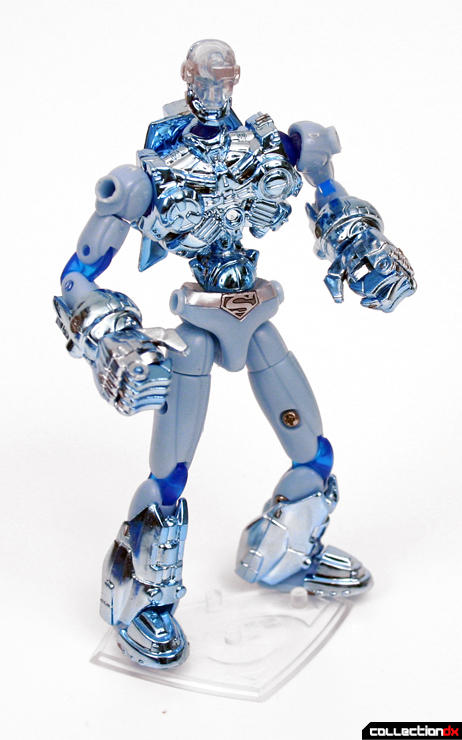 The armor is a pain in the neck to put on and keep on, introduces fiddly kibble, and reduces articulation significantly. But damn it looks good. I love the rigid mechanical cape. 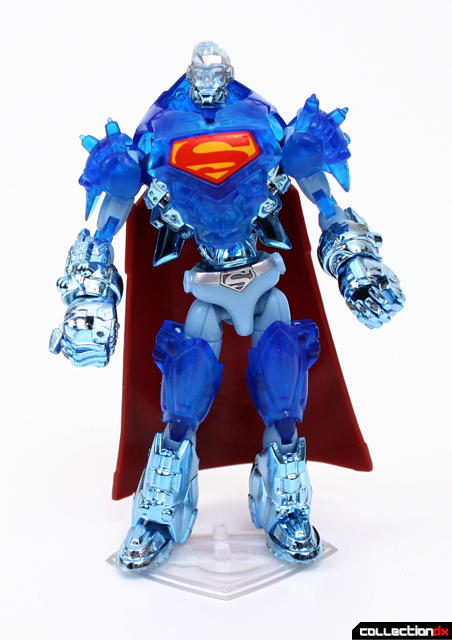 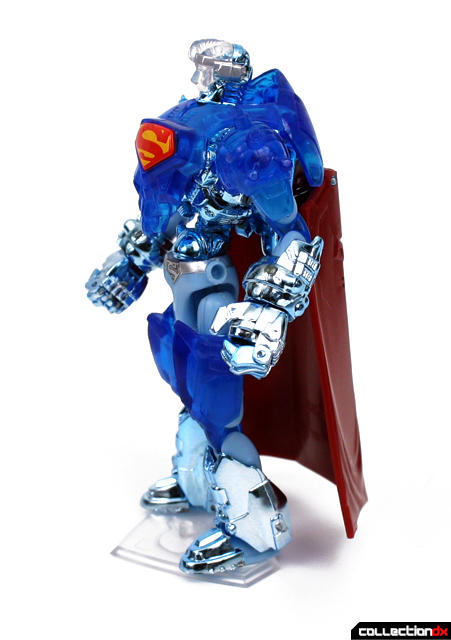 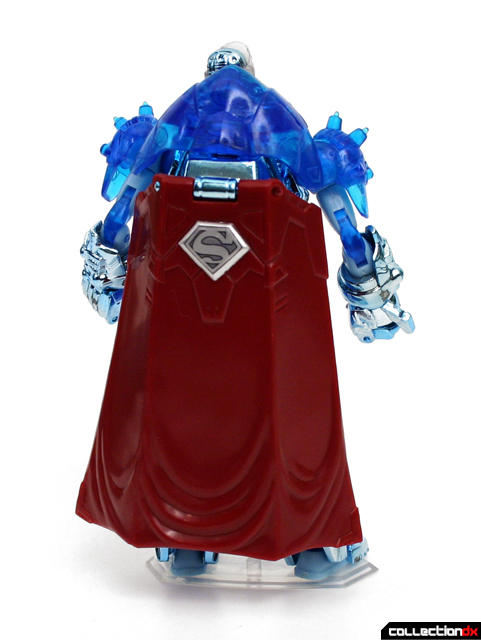 Even with the bulky armor, posing is still respectable. 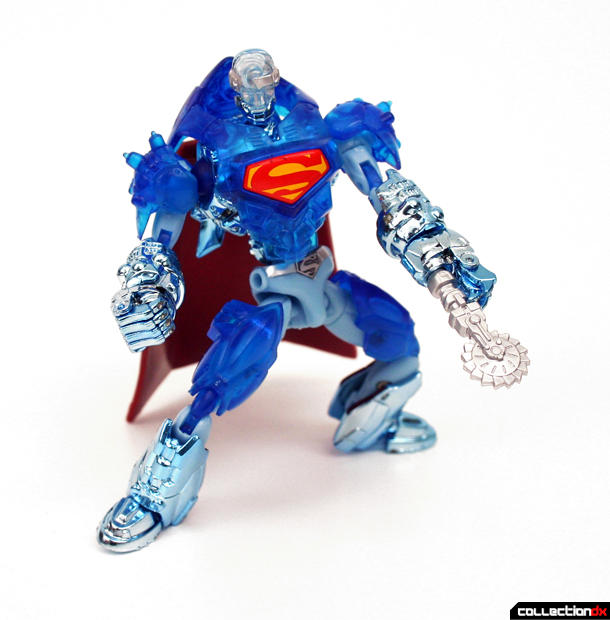 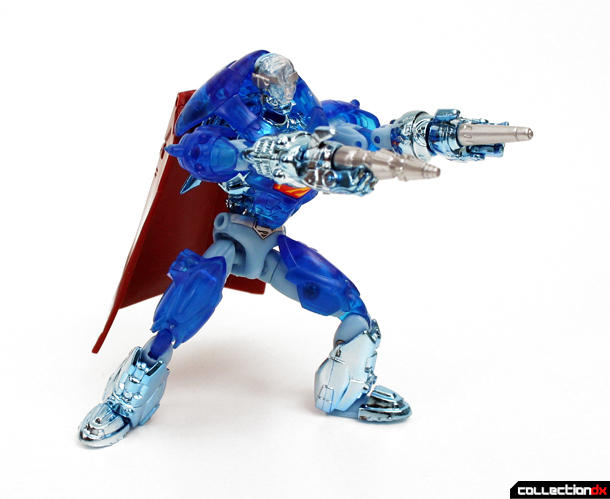 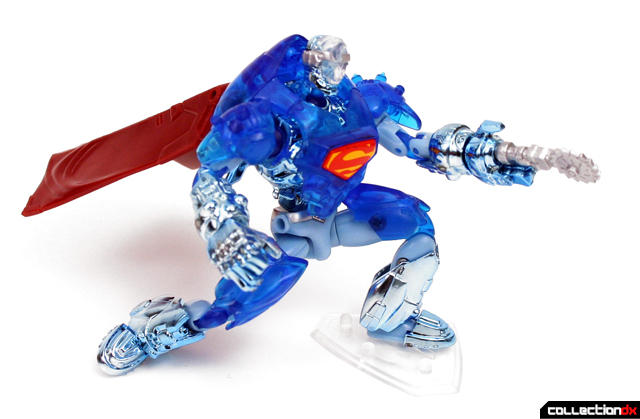 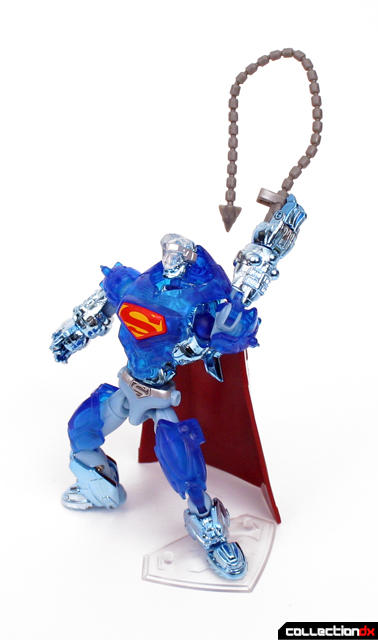 Every little piece is thoughtfully designed. The clear mask comes off, a subtle nod to the Henshin Cyborg’s mechanical face lying beneath a clear cover. 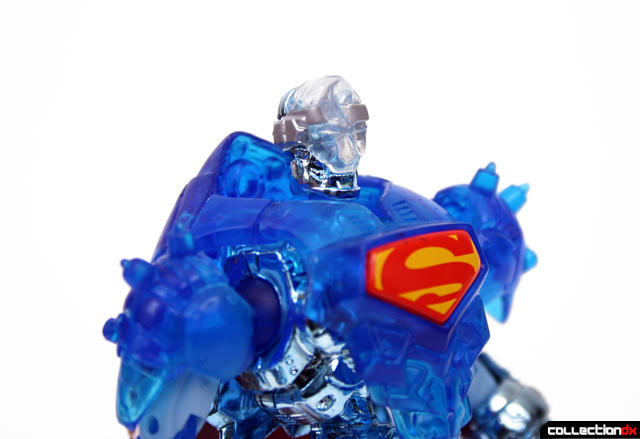 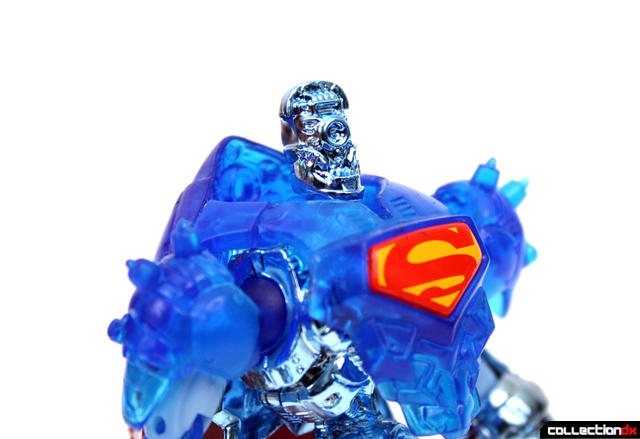 The figure looks great with just the cyborg face. 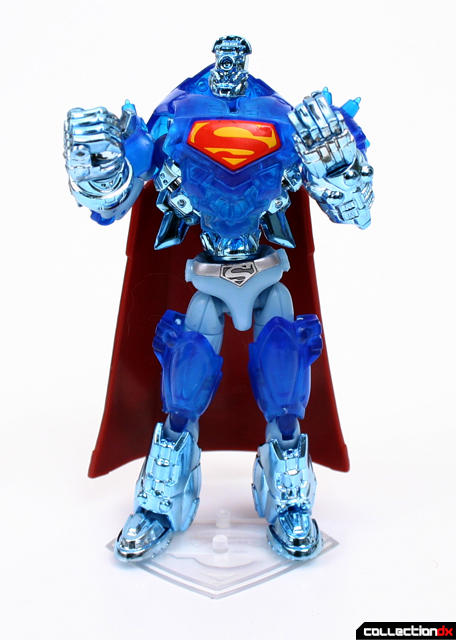 The fingers are individually articulated. The weapons plug neatly into the palms. 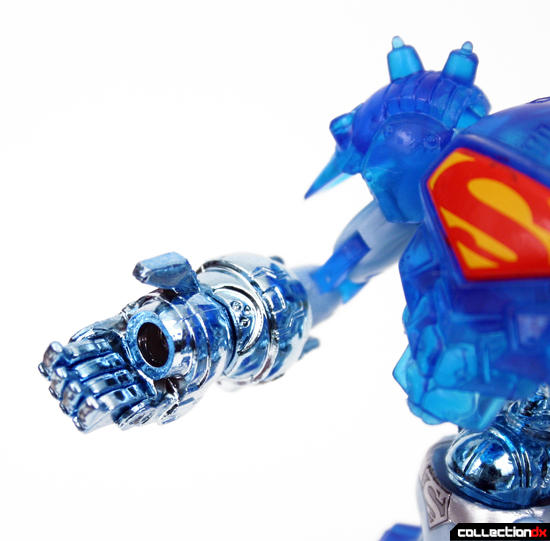 This was a minor release in a barely popular line, so it’s all the more remarkable that it works so well. It’s an exquisite design, and perfectly encapsulates what Takara is about. 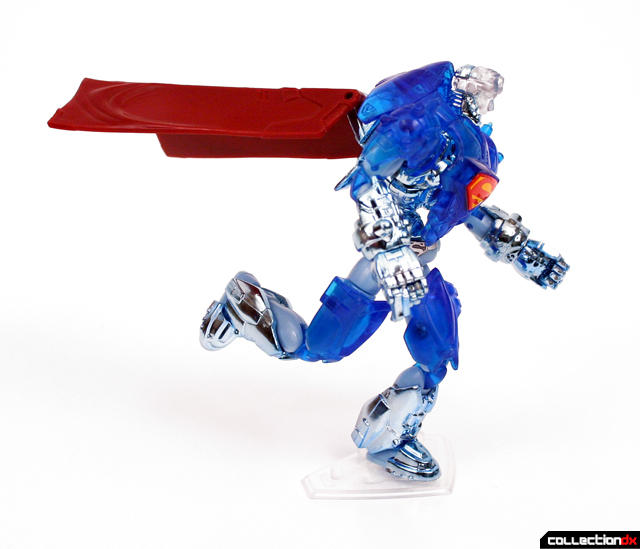 These are plentiful and cheap on the secondary market. Buy one today and be blown away.

Cool review. Yeah, this guy's rather finicky when you try to armor him up. Also somewhat loose on my copy.

I went hunting for this guy when they first release the superman line.. I got them all Super girl, Super man comic ver and super man movie ver (based off superman returns) but this guy some how escaped me I still wish I had kept looking for him

"These are plentiful and cheap on the secondary market. Buy one today and be blown away."

Much agreed this is a really cool item!