I've been a big fan of the obscure Japanese toy company, Wing, for some time now. As you become so familiar with the releases and history of all the major companies, smaller outfits like Wing provide ample discovery to satisfy the Indiana Jones toy hunter in all of us.

Wing was great because they were an original company, making original transforming toys aimed squarely at kids. They had great box art, great quality, and are virtually unknown. There's very little information about the company available, and I have no idea if they are still in business.  Coming across items for sale by them is purely by chance, and you have to be hanging out in the right corners of the internet, or in this case, San Francisco.

Kinokuniya Books is a Japanese bookstore in the Japantown Mall in San Francisco. Whenever I am in SF I make the pilgramige over there and spend hours browsing around. As a book store, Kinokuniya has few toys aside from novelty anime items and trading figures. Imagine my suprise last year when I found a bunch of these on a peg at their store. 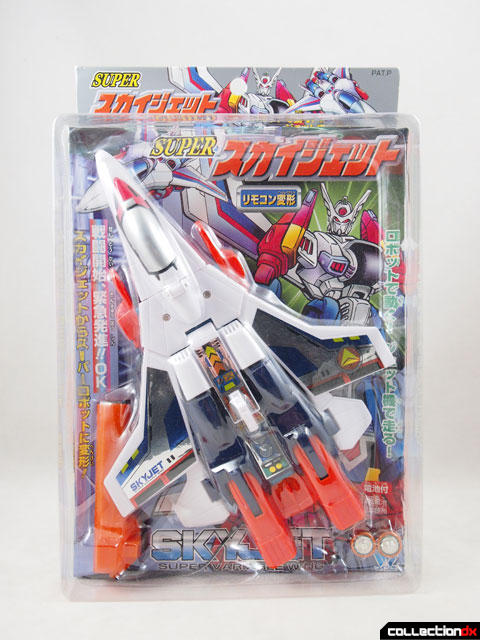 I recognized Super Skyjet right away from a book I have. It was much bigger than I anticipated. The entire front of the page is a giant blister that shows everything nice and clear. 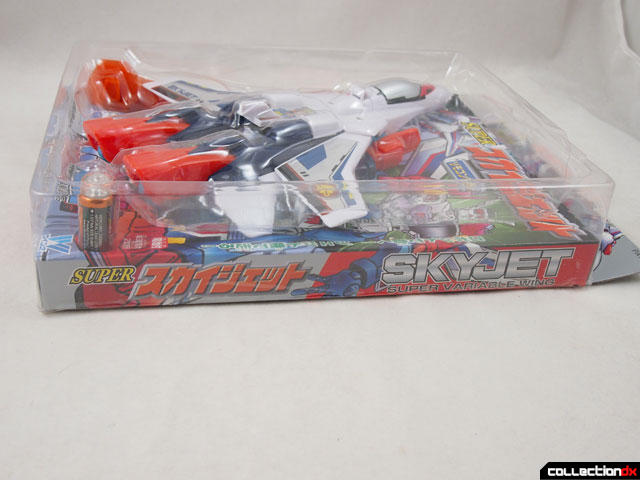 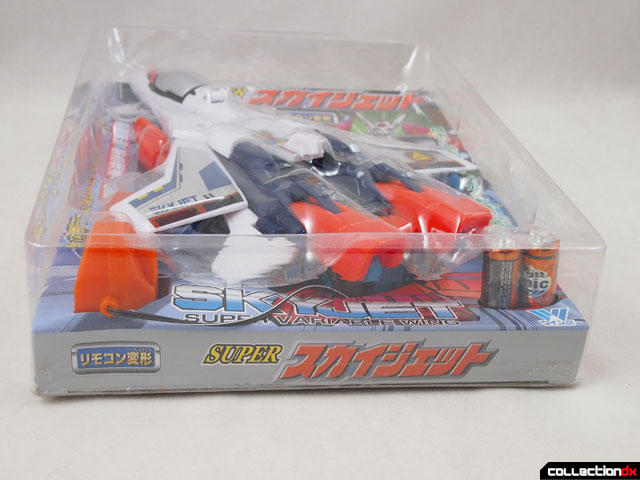 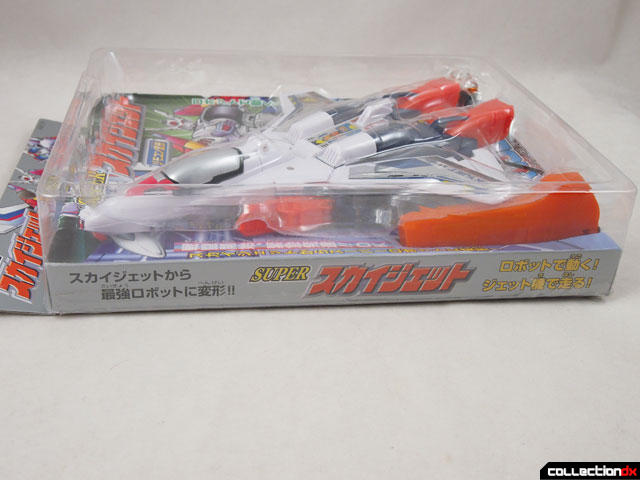 Super Skyjet is a battery operated toy with a manual transformation. It's got a great Jet mode that reminds me a bit of the VF-19 Valkyries from Macross. 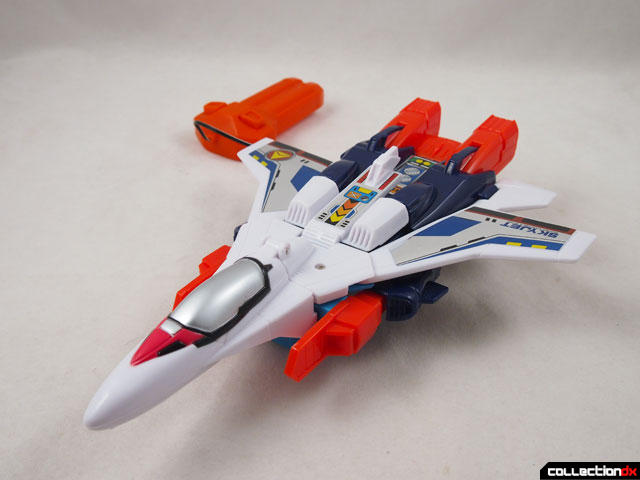 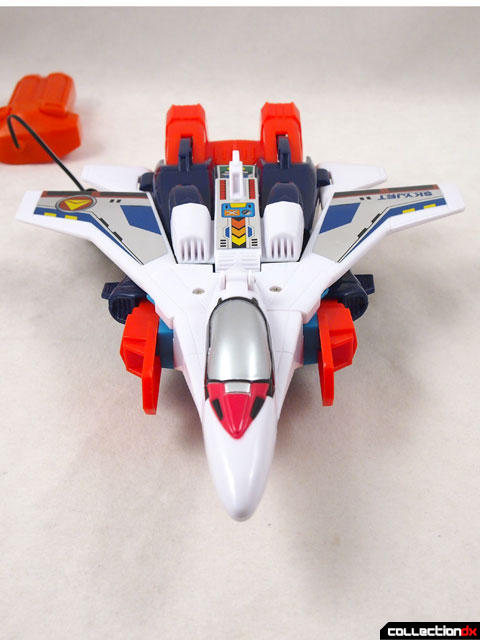 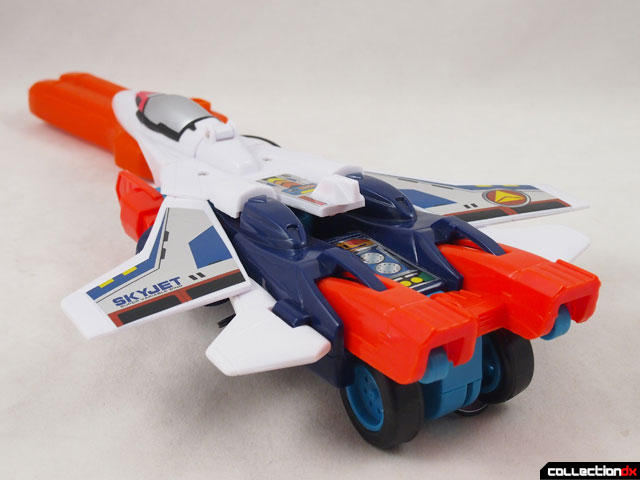 There is even a sort-of-macross logo on the wing. 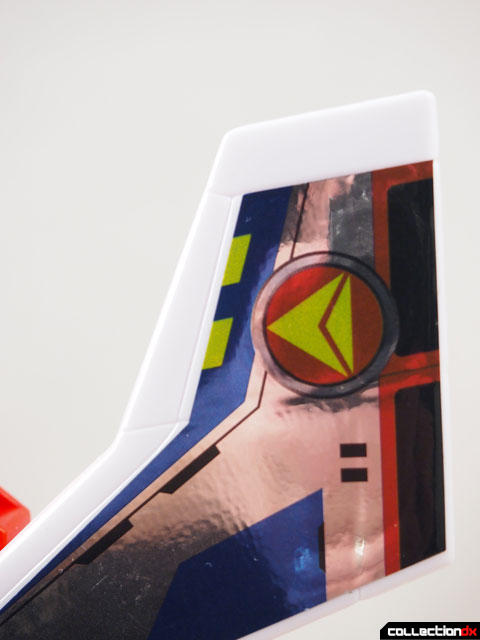 Details are not as sharp as on other Wing releases, but still much better quality than an off-brand toy has any right to be. 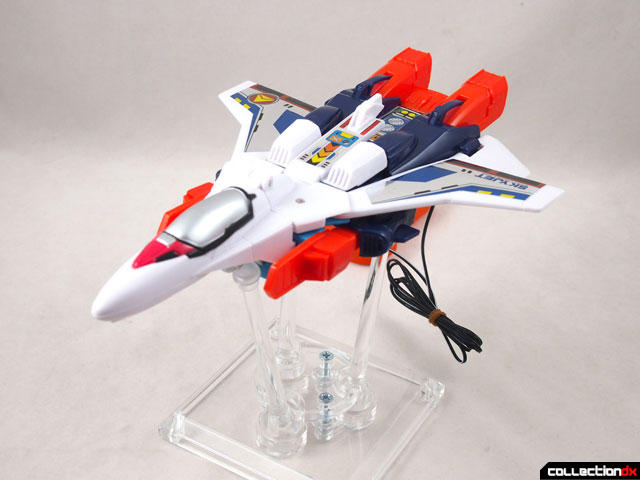 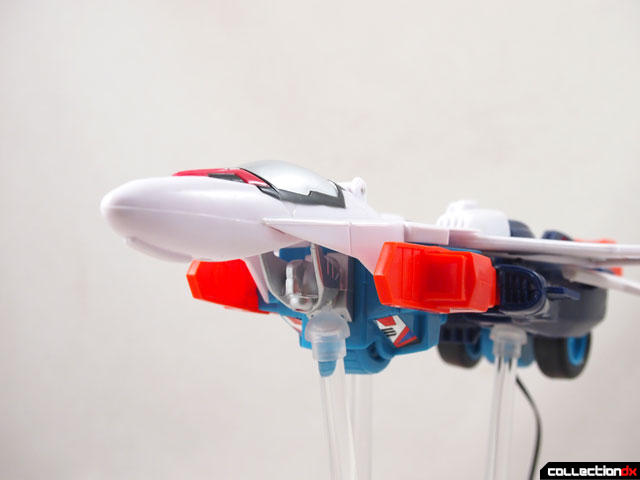 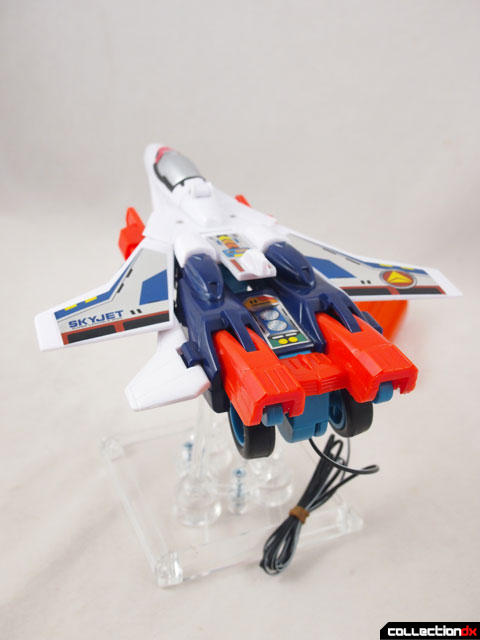 Transformation is incredibly simple. Twist the waist, flip the head, you get the idea. It's Go-Bot level of simplicity. I love it. 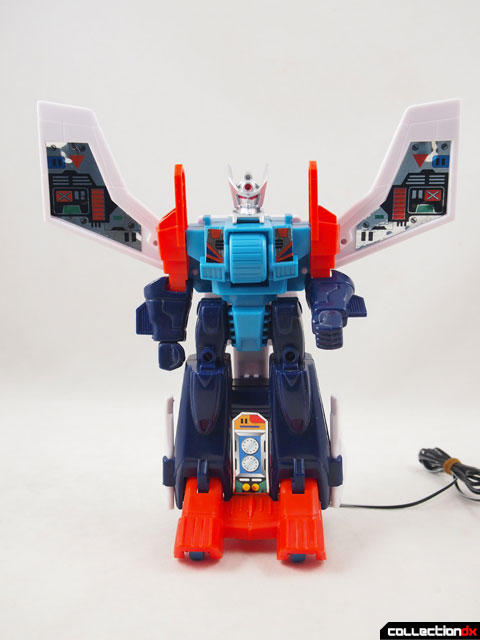 As you can see, the power cable is permanently attached. I thought about cutting it off, but I decided against it. 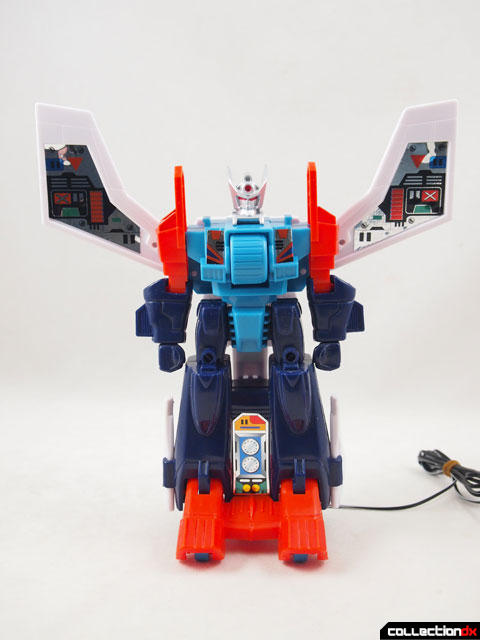 Robot mode is pretty great looking, but it hardly moves. The shoulders and elbows are about it. 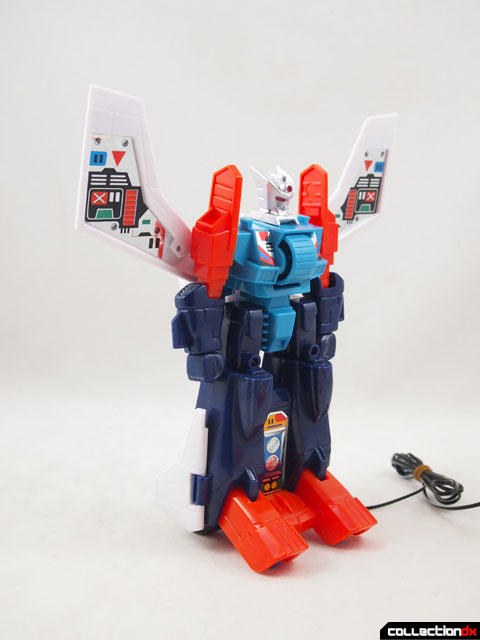 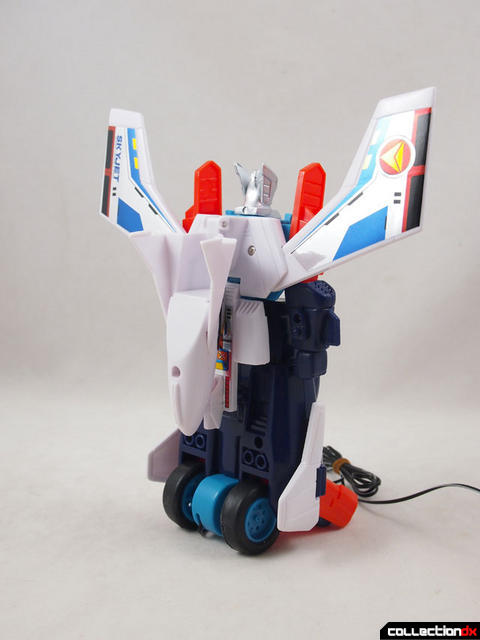 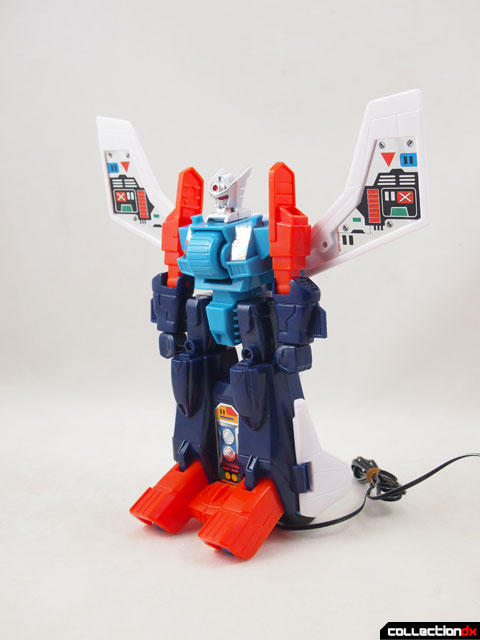 The head is great and gets bonus points for being chrome. 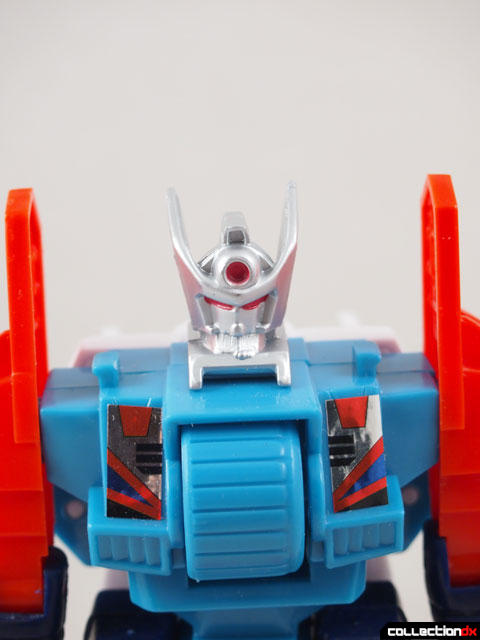 The remote control is basically only a forward / backward motion that controls the large wheels on the feet. It can move the toy in either mode. Two "AA" batteries are included, but I did not test them out. 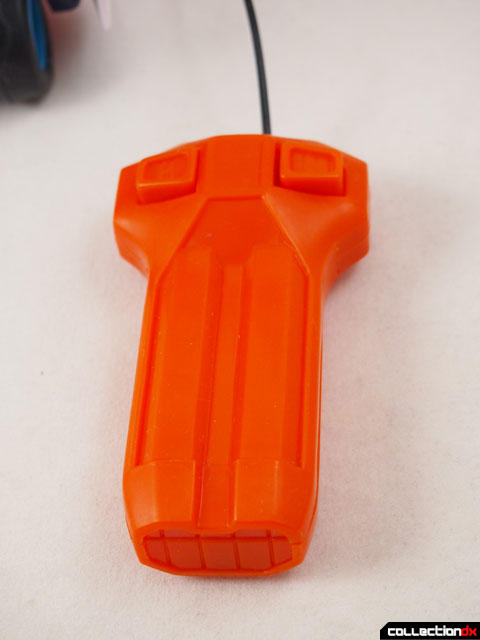 It's probably one of the larger toys that Wing produced. He was only $20 at Kinokuniya last year, but when I returned this year he was gone. Good luck finding one! 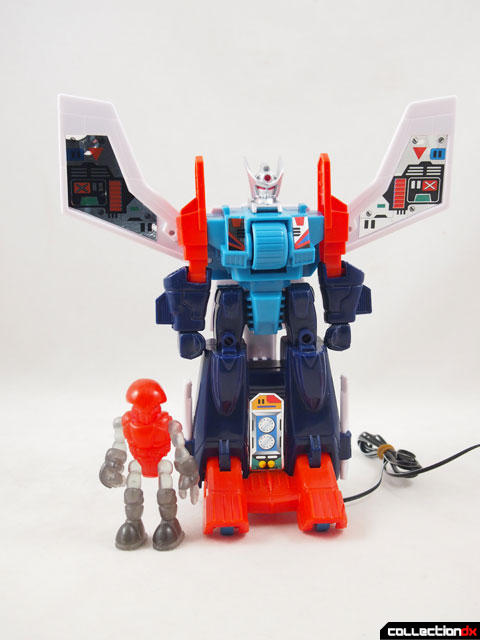 2 comments posted
It's kind of beautiful, how

It's kind of beautiful, how ugly this thing is.

I kind of want it just for the eye candy, and it looks like a conversation piece.

I liked it so much I ordered one :). Thanks for the review Josh