As part of their Godaikin Line, Bandai America imported toys from Japan to be repackaged and sold in the US. They were unchanged from their Japanese releases, aside from packaging. This toy was originally released in the Chogokin line, numbered GC-12. 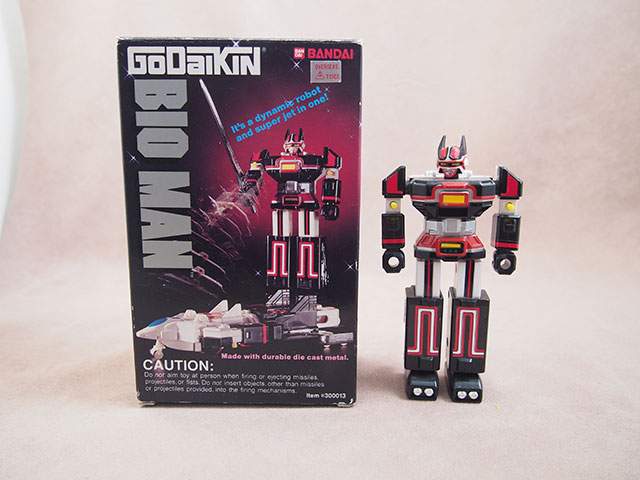 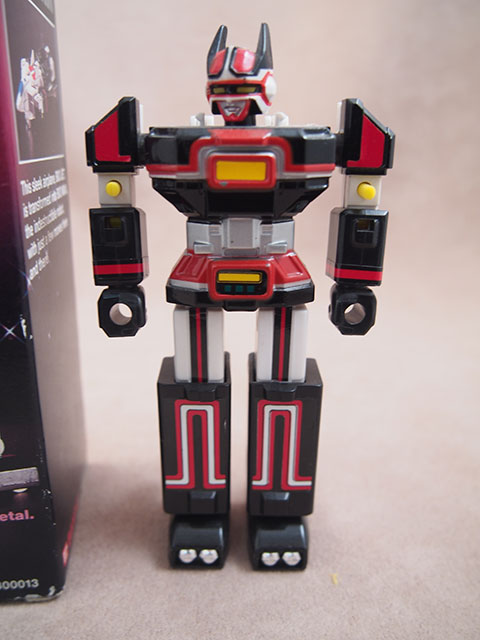 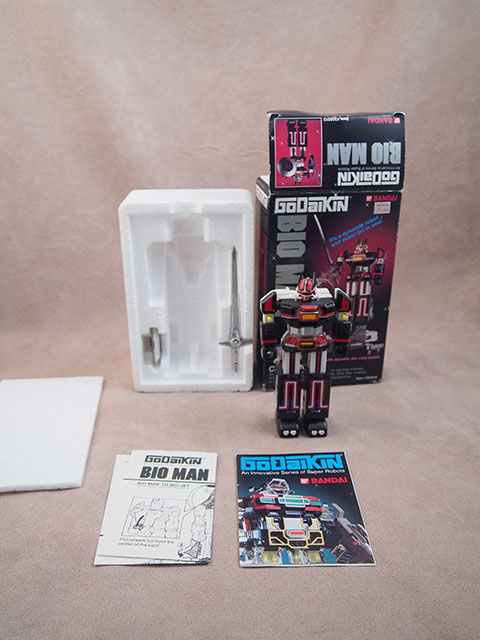 This 6 inch toy is made of diecast metal and plastic. Included with the set are a sword, shield, instructions and catalog. 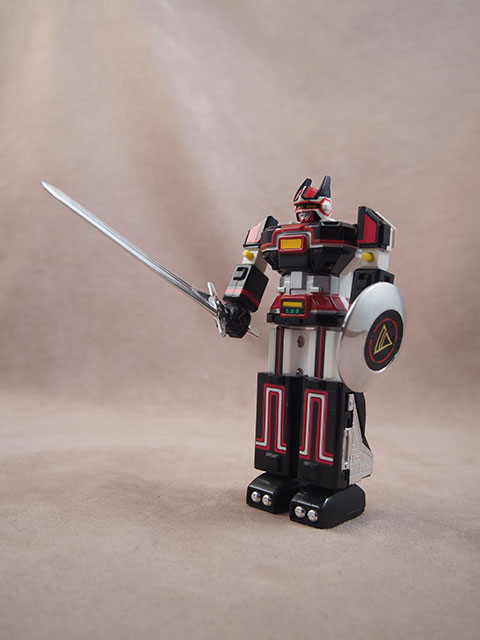 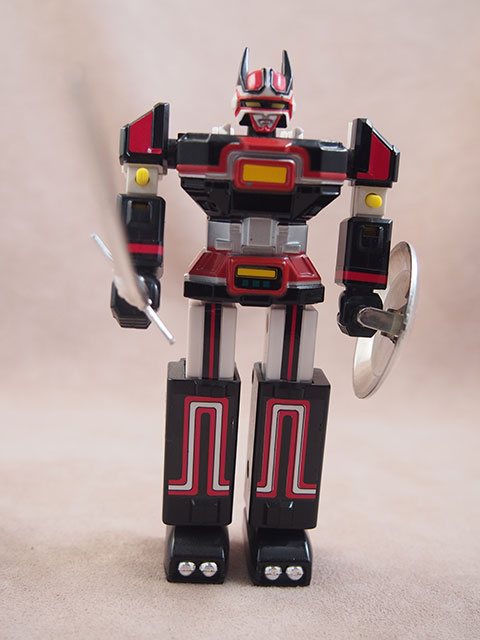 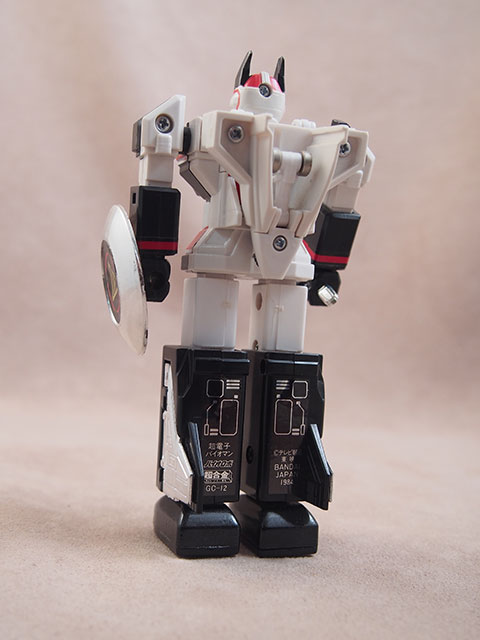 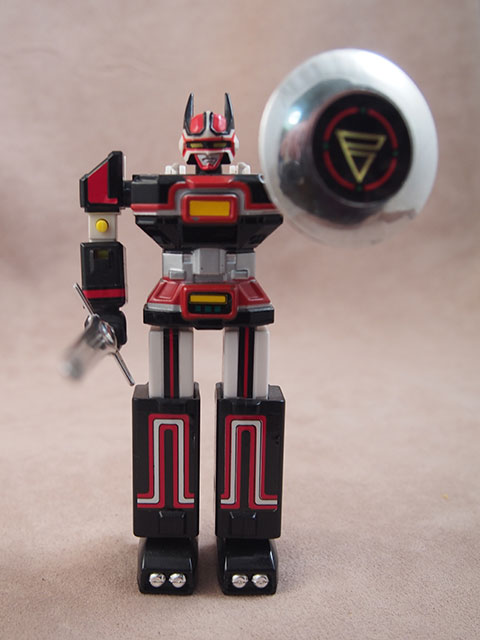 Bio Man features movable arms and head, as well as firing fists. It's goty a fair amount of diecast, but it's not particularly heavy. 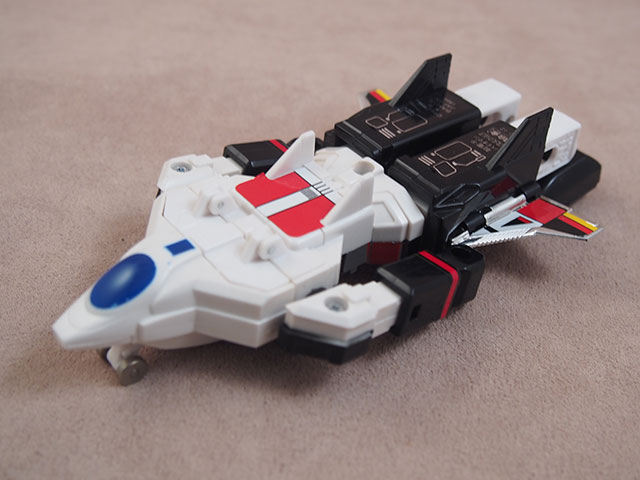 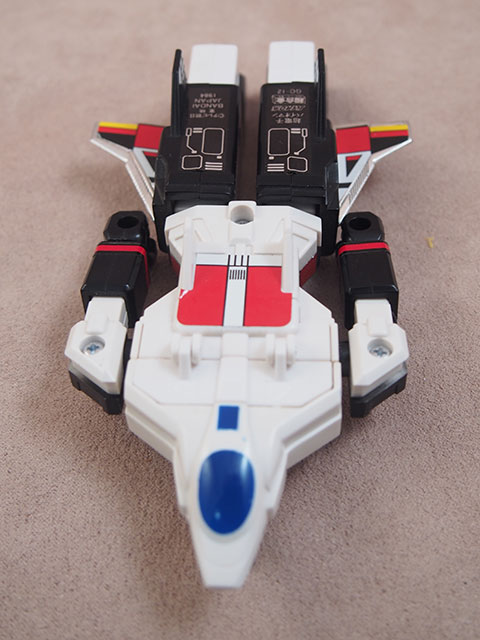 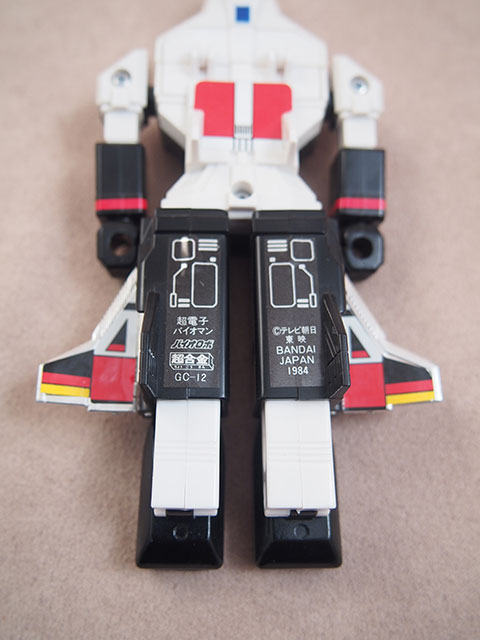 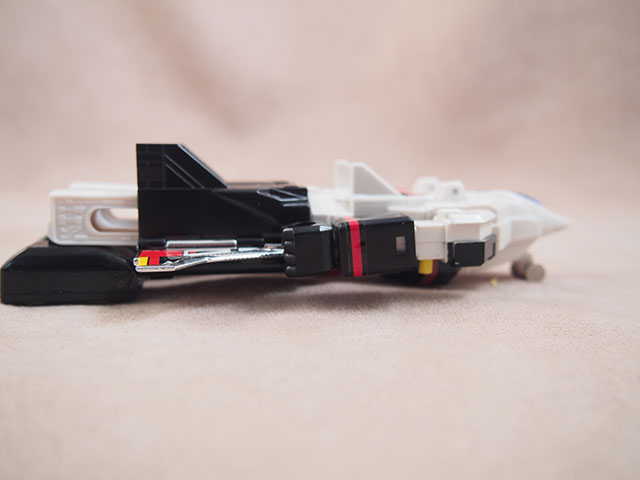 In the show, Bio Man separates into two Bio Jets. However this toy does not separate. What it does do is transform into a singular Bio Jet. It's sort of underwhelming, and I don't see why they couldn't make these transform accurately. 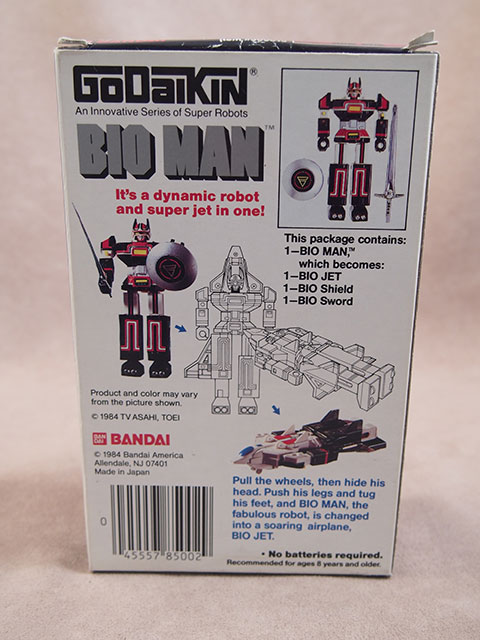 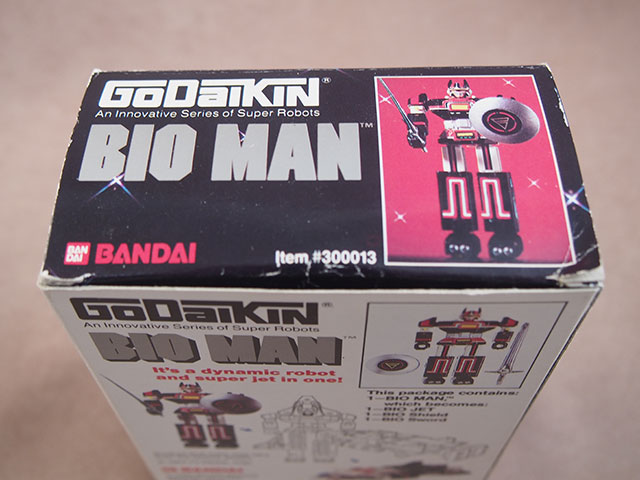 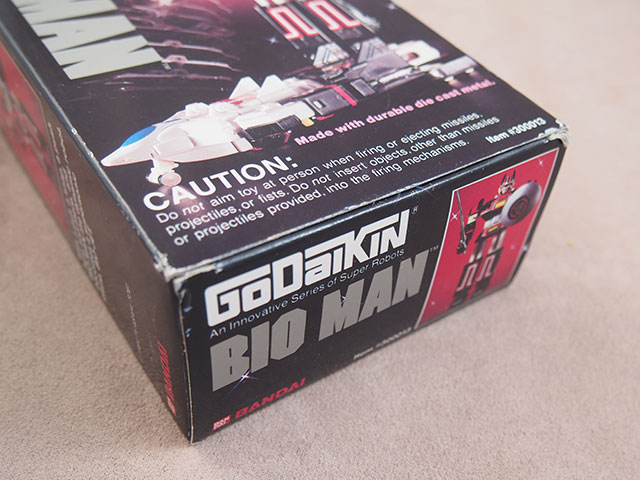 I've always wondered why some of the names of the Godaikin versions of the toys were taken from the title of the show that's in it instead of its original name instead...