This is another cheap dollar store set sold by the notorious Polyfect company. These molds have been around forever and some have their origins going back to long defunct companies such as Takatoku and JAM. Lets take a look at each insect robot and see if we can see where they came from. 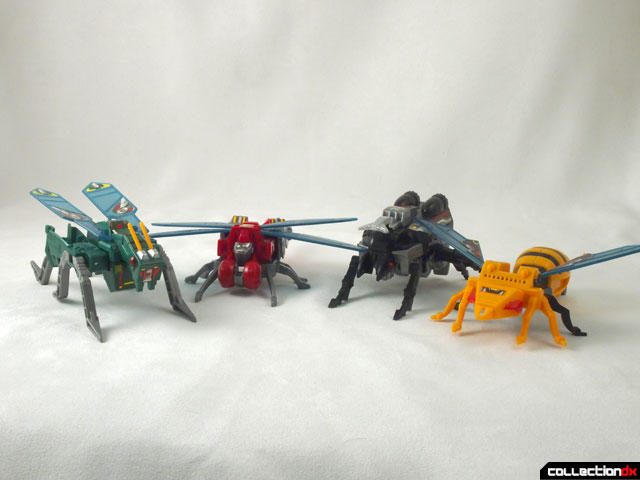 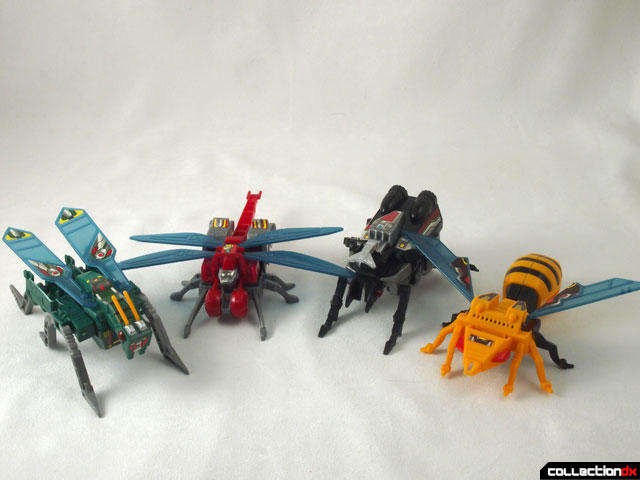 First off we have the Grasshopper, known as 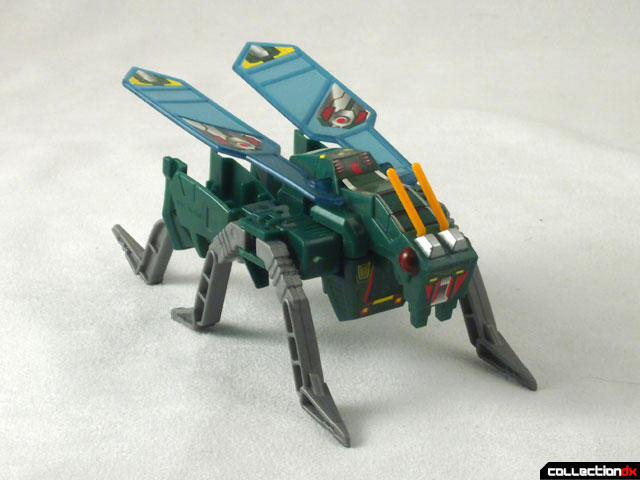 This green robot is reminiscent of, but decidedly different than it's original Japanese counterpart. The body retains the same shape, and the transformation is similar, but the legs and arms are different. Bug mode is decent with translucent wings and nice yellow antenna. this is an even simpler form of the Locust Bot reviewed here. 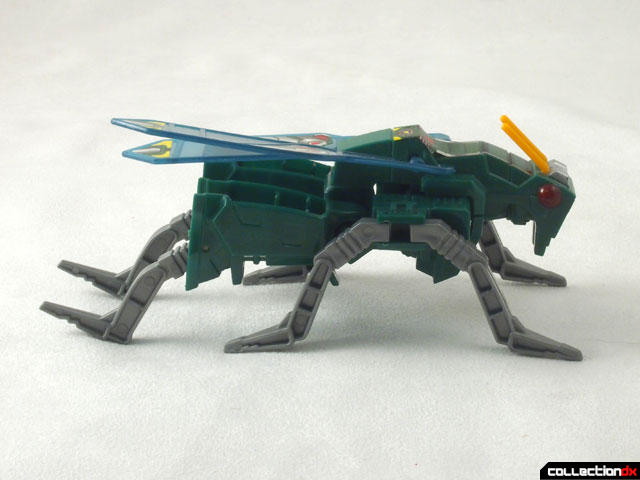 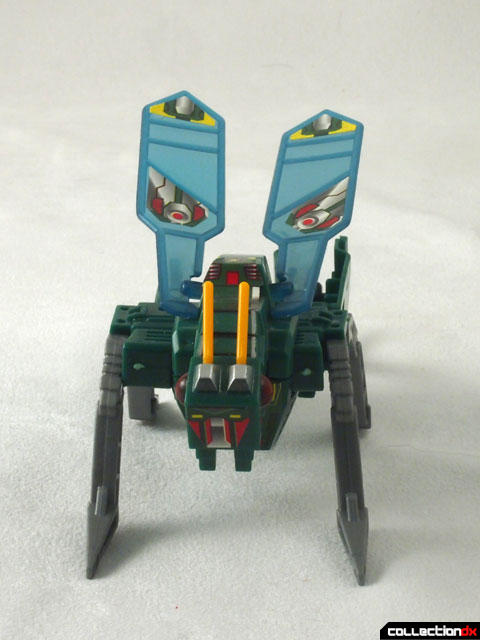 Transformation is simple and the parts are rather loose. Something happened in the transition from the original to this that really dumbed down the design. He seems like a midget now. 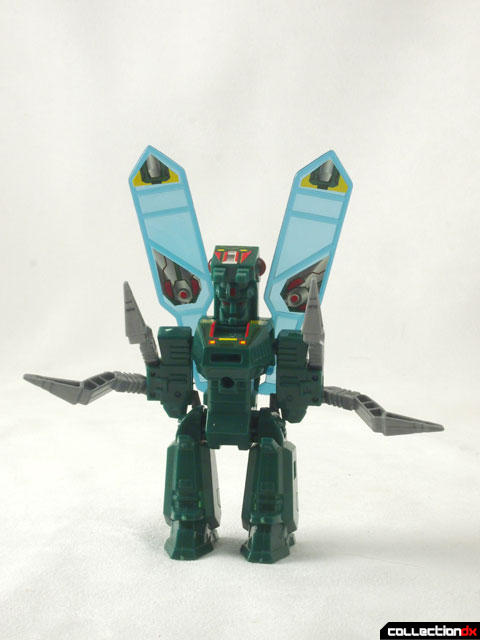 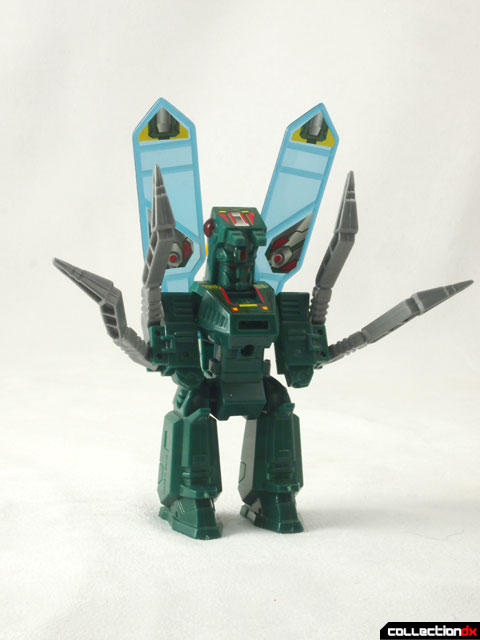 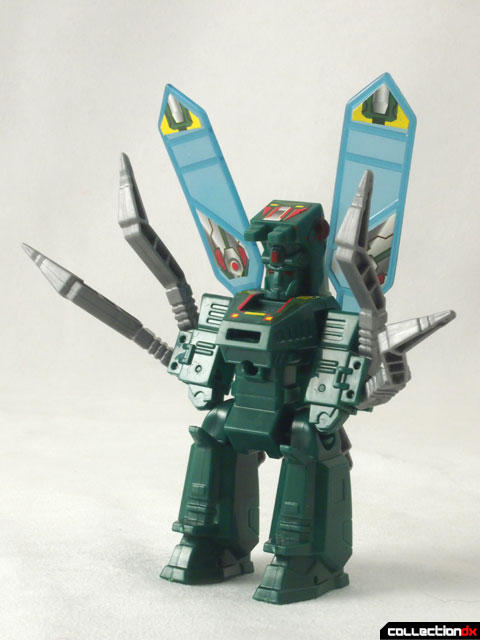 We reviewed an ancestor of the Kabuto Mecha earlier in the Convertors Crawler toy. This one while stylistically similar, has had some radical changes to the design that originate with the original JAM interpretation. Also note the the front horn was missing from my sample in the box. 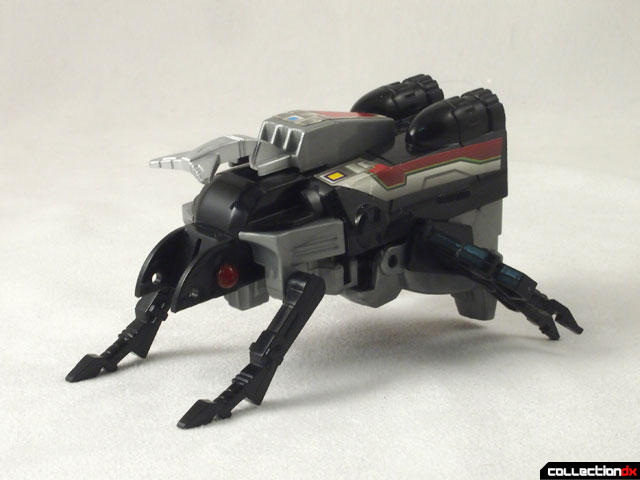 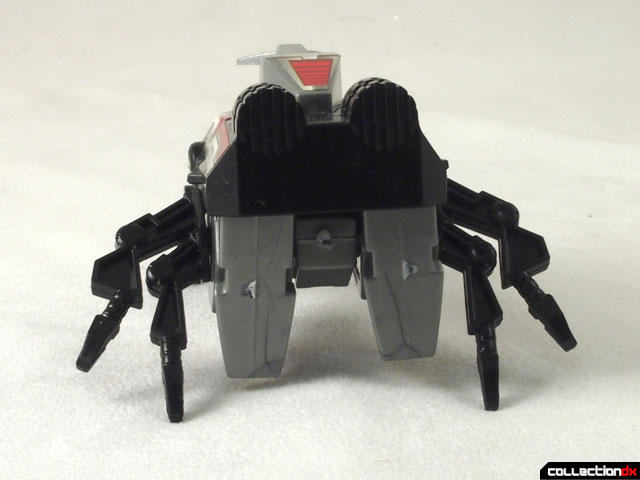 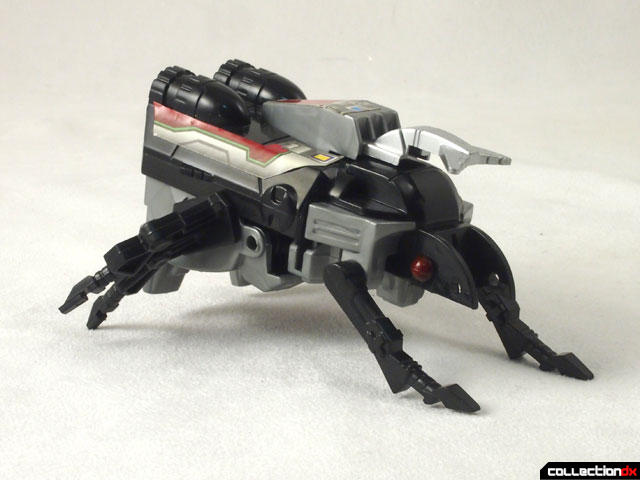 As you can see, there's a large panel missing from the chest, as well as missing joints in the arms and legs. It just looks awkward. 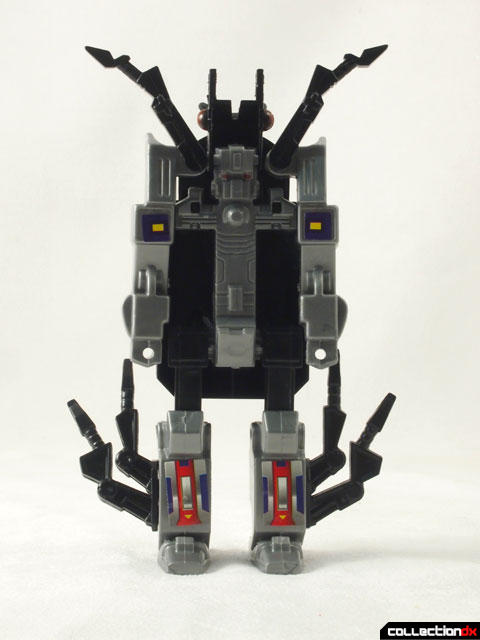 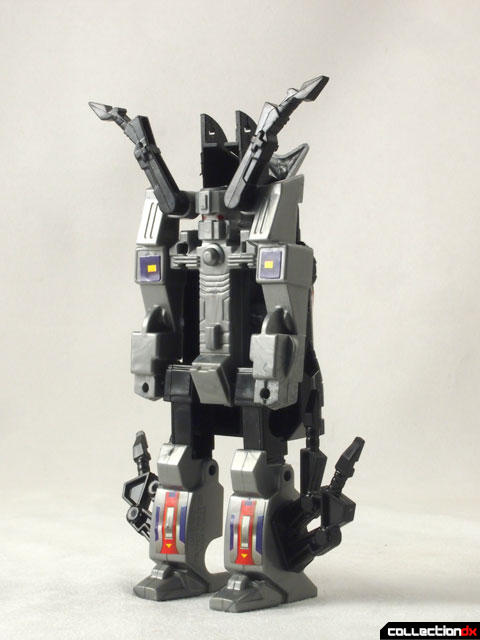 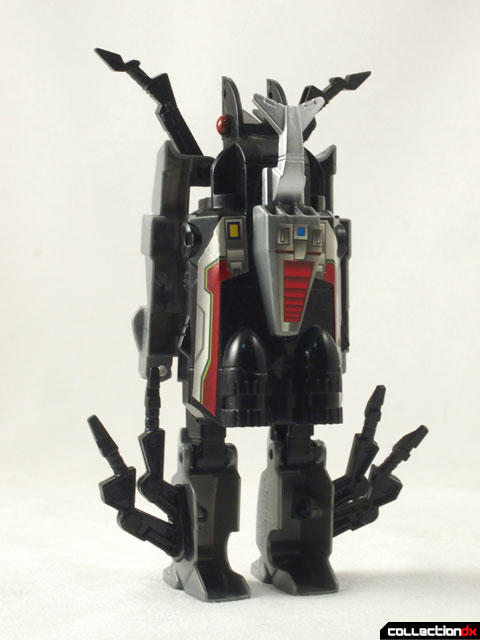 Dragonfly mecha is probably the best looking one of the bunch. Still, he's simplified from his Japanese counterpart with joints in the arms and toes removed, as well as missing holes in the hands. 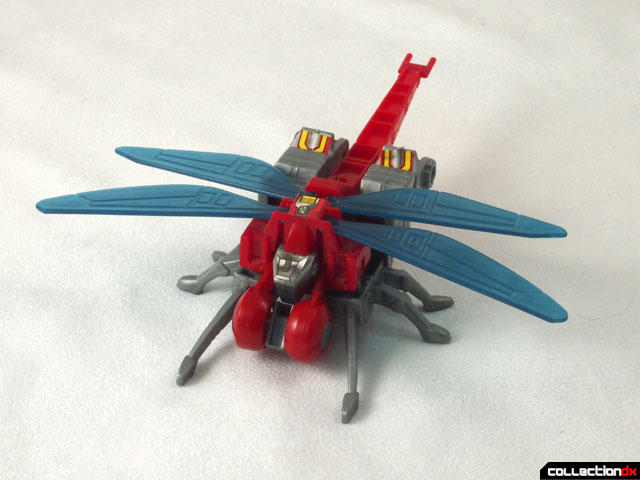 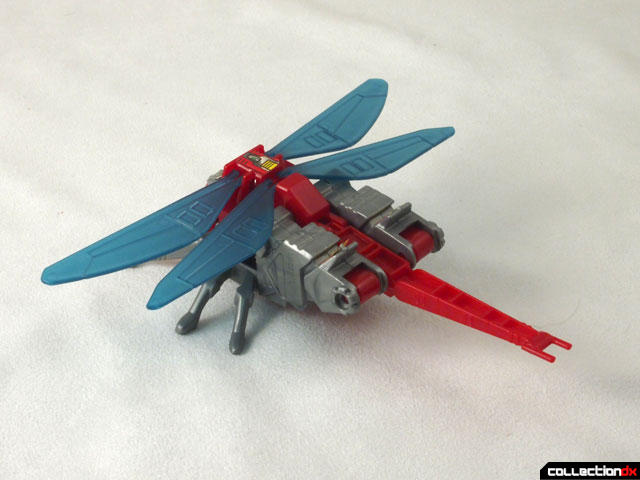 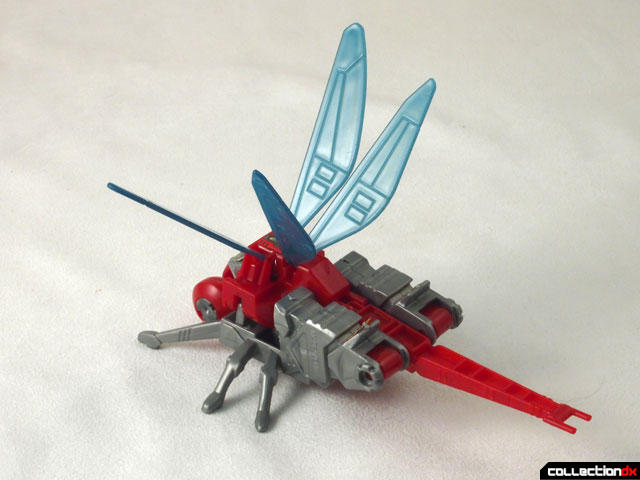 Robot mode is great and retains the same proportions. Stickers are new for this version and do not appear on Japanese versions. 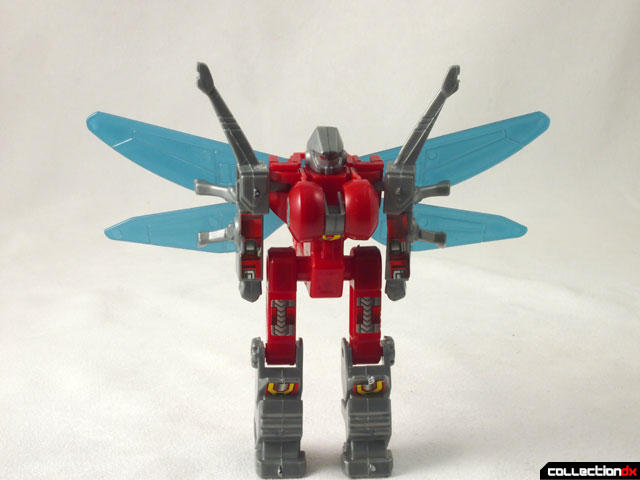 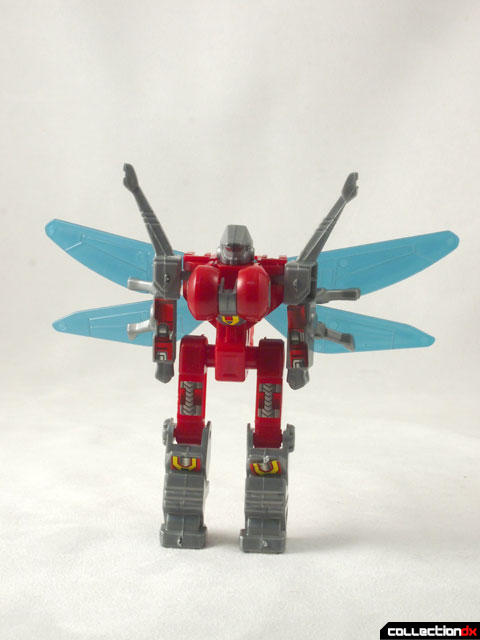 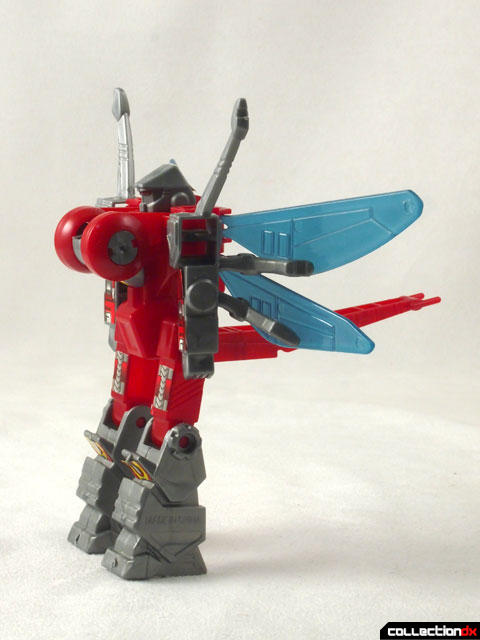 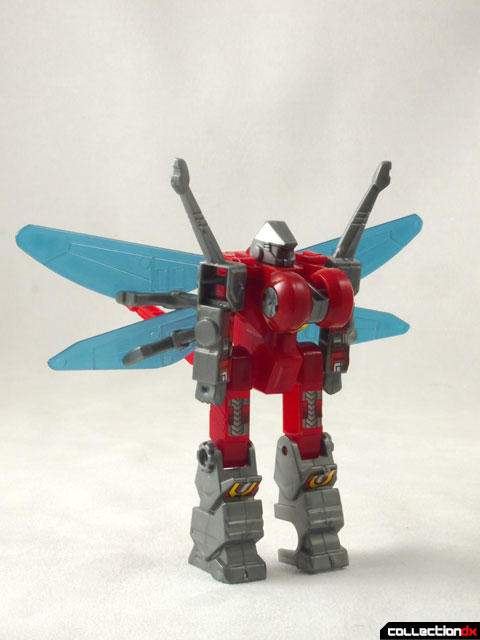 While it makes a good insect, it makes a poor robot. Once again, things are changed since the original. 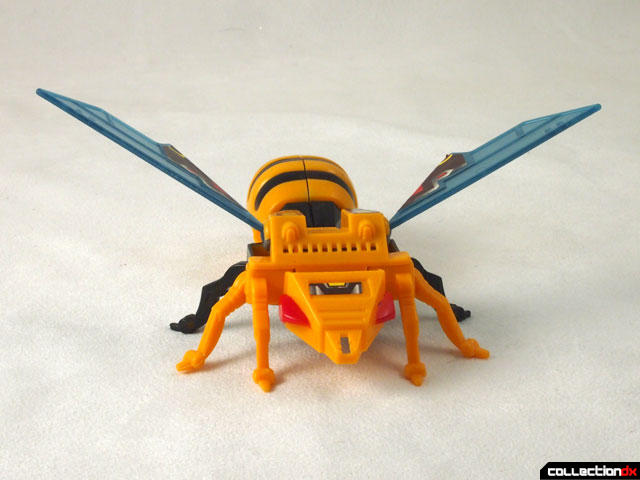 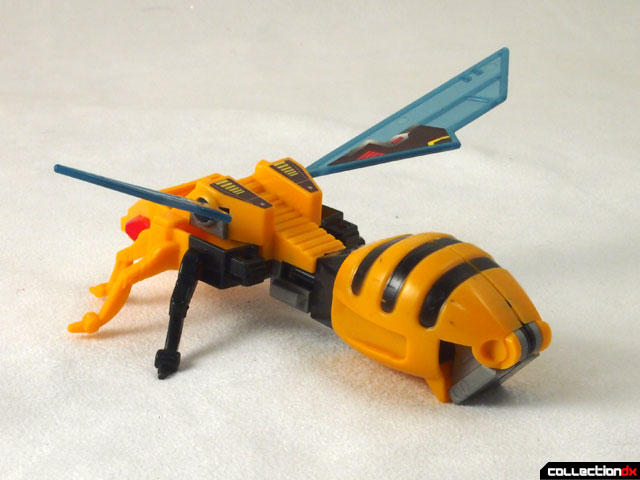 Robot mode once again has changes to the arms and also the hip area. This makes for an awkward stance and goofy robot mode. 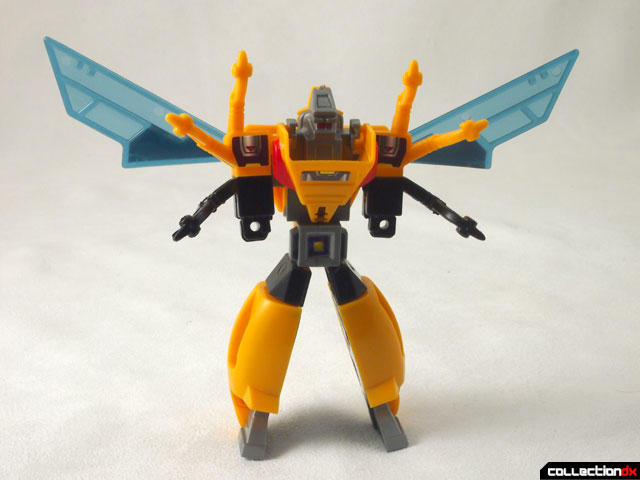 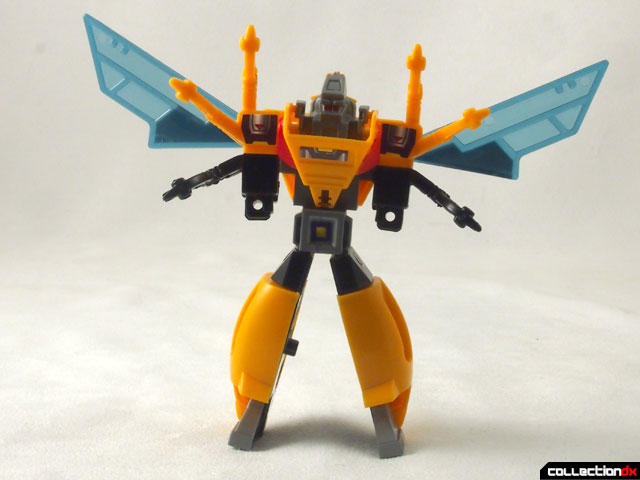 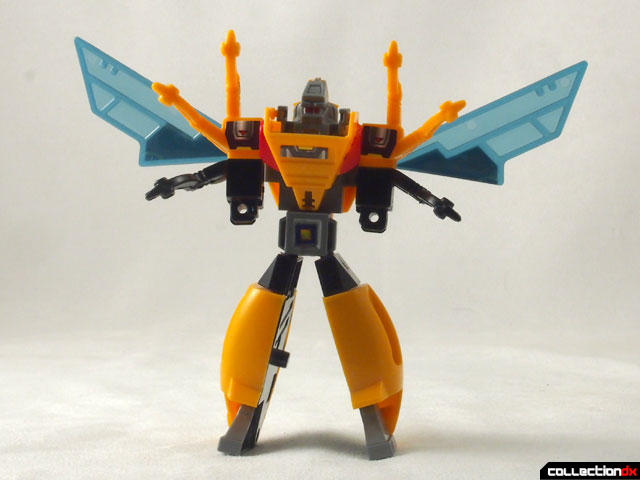 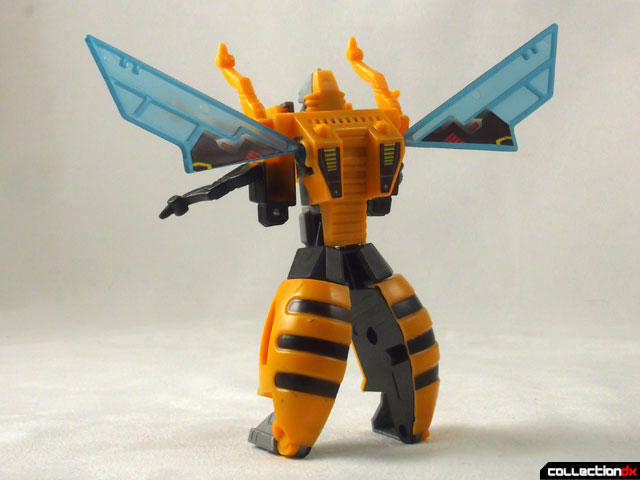 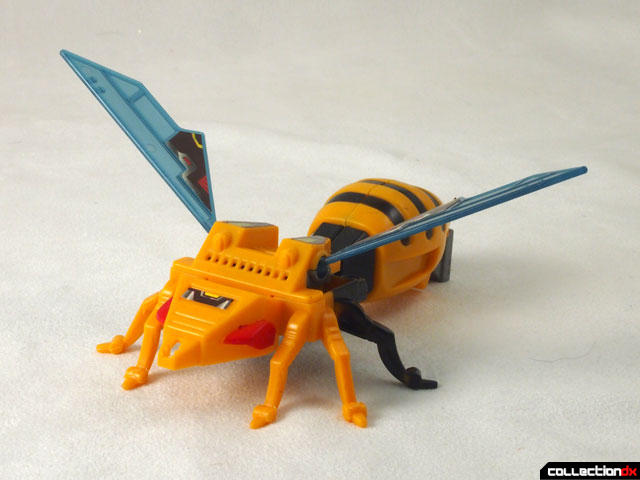 Each has a makers mark stamped somewhere on it. Where Polyfect is actually stamped into the mold, it's possible they re-tooled many of the parts to remove joints and thus simplify the mold, and therefore the cost. 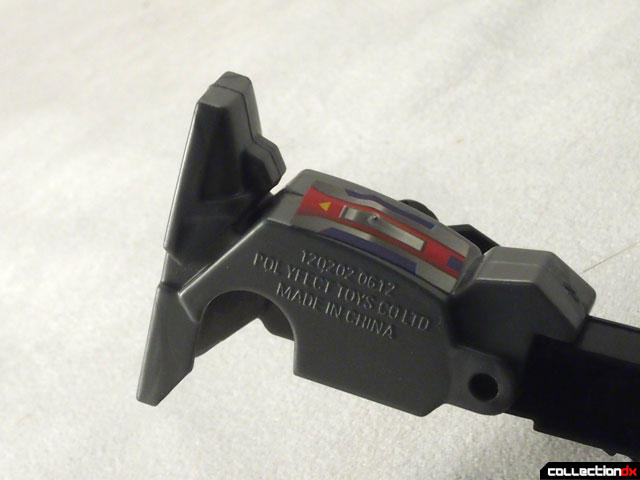 They are a crappy group all together, but well worth the 10 bucks or so for the set. If anything it fuels the fire to track down the originals even more. 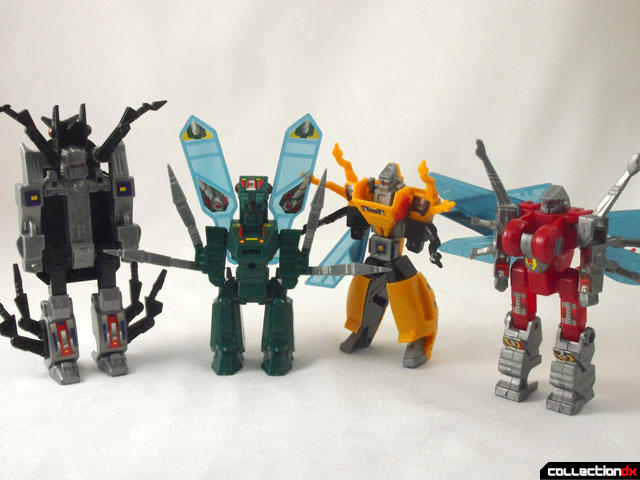 5 comments posted
Holy crap, I had these a

Holy crap, I had these a while back. My uncle got these thinking they were Transformers for my birthday party. I could never figure out how to transform them, as there were no instructions. The dragonfly was the only one I managed to figure out. They broke a few weeks after. I still have bits and pieces lying around.

You just killed 4 birds with one stone. Great review! If these are new (or new-ish) KO's there are a few minor differences from the ones I have. My grasshopper (or locust) bot has basically no face, the insect legs are jointed, and the robot legs can extend. Everyone else is exactly the same except my beetle is blue and the grey parts on the bee are black on mines. Also, the bee is one of the weakest (loosest) out of all of mines. Is that the case with your set?

Really informative article, I bought the set for my nephews from Big Lots thinking they were of some relative quality. They held up rather nicely to rough play with a 3 and 5 year old, but the set I bought was even further simplified! The grasshopper robot no longer had arms, the hornet robot legs were fused, and the beetles transforming capability was removed entirely! The dragonfly robot strangely enough retained the same joints and parts as the sample in the article

Seems to be based on these:

the version i got of this set was worse, the beetle and grasshopper had no arms while the grasshopper's robot legs were put on backwards so it looks grasshopper like in bug mode so you have take them off and switch them around and the bee's stinger was a hollow mono leg
I'm still amazed the dragonfly had nothing wrong with it