After recently finishing G Gundam, i've become quite the fan of Maxter Gundam but, finding figures of such a bombastic design are difficult but, when I found this 1/144 scale No Grade of him from 1994, my expectations weren't too high but, having been very happy about Rising, Bolt, and Spiegel Gundam's kits from the same series, you could say I was really looking forward to it!

This mobile suit looks just like Japanese people must've thought Americans were like in the 90's. It's a very fun, if really silly combination of a boxer, cowboy, and American Football player to form some kind of ultimate stereotype. The actual kit however, struggles to realize this fully. I know you can't fault it too much considering the price and age of the kit but, it's still definitely worth mentioning that basically all the striping on the thighs, knees, and shoulders is gone! A shame considering the mobile suit looks just a little plain without them. Still, this is the only 1/144 scale rendition of the Maxter Gundam so I'll take what I can get. 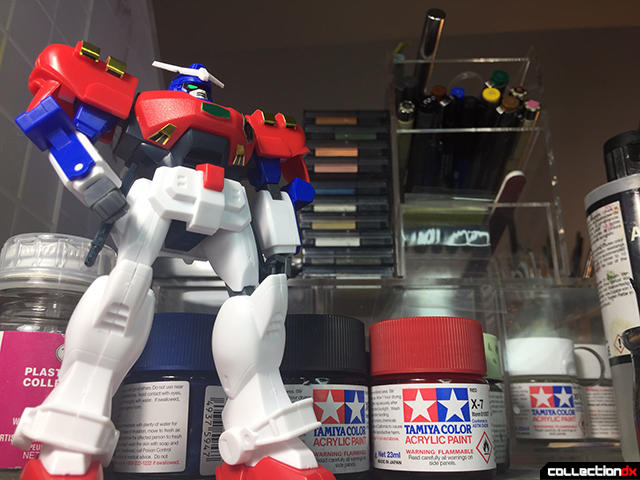 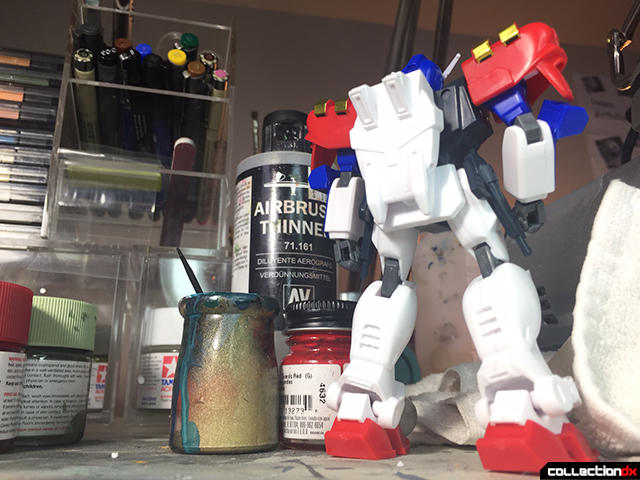 Articulation is standard in theory, some really backwards design severely hampers it. So much so that the elbows don't bend far enough for the Maxter Gundam to even shoot from the hip for a standoff at high noon! Furthering the articulation woes is the lack of any movement in the waist and no, this kit doesn't just omit a swivel, but it also neglects any skirt movement in the front or the back, rendering the legs almost useless!

Accessories are promising but even they falter a bit. Firstly, the blue knuckle dusters that deploy from his arms are included, as well as the ability to remove the shoulders and place them over the manipulators as boxing gloves! Maxter Gundam's core lander is also represented pretty faithfully here, and fits into his back very securely. Those are done really well, and I love their inclusion but, the glaring omission comes in the form of his two hip mounted revolvers. Like I said, you get one for each hip and, they look really good but it's squandered a bit in that you only get one that Maxter Gundam can actually hold! 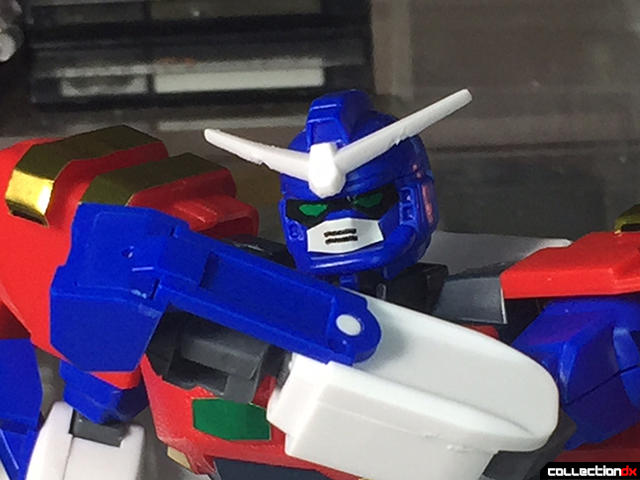 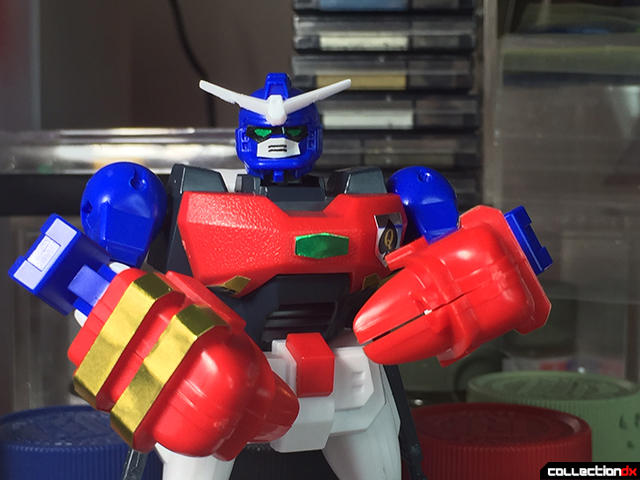 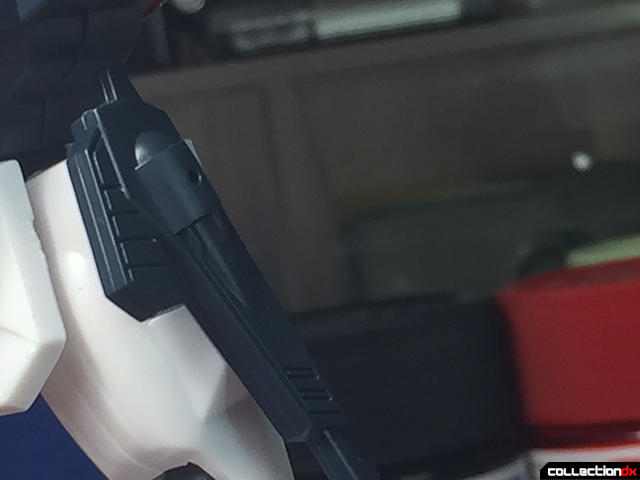 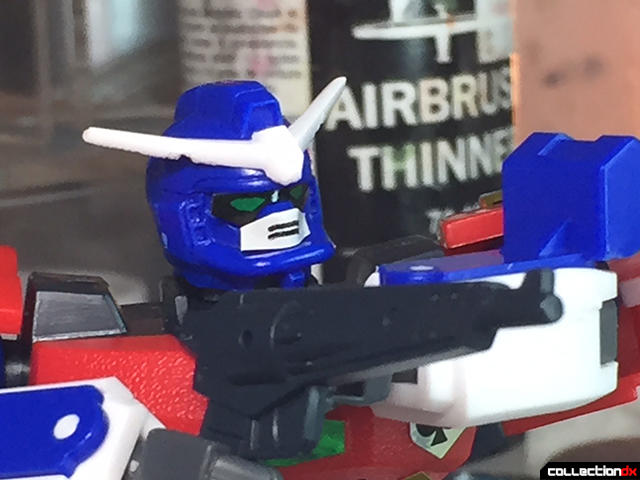 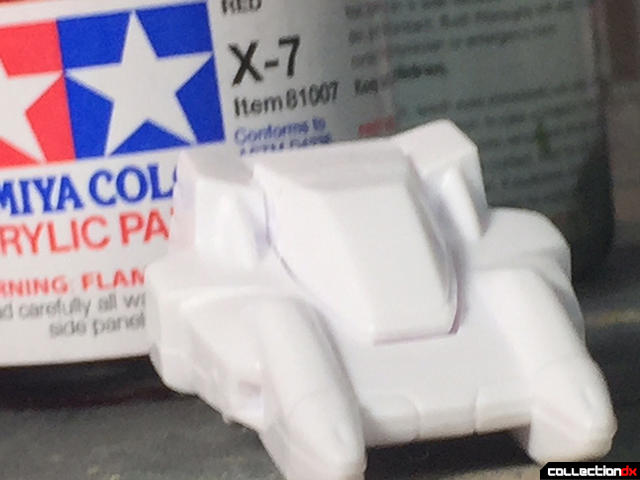 Size however, is not a problem for this 1/144 scale kit, for he stands just a bit taller than most G Gundam kit's from the era. 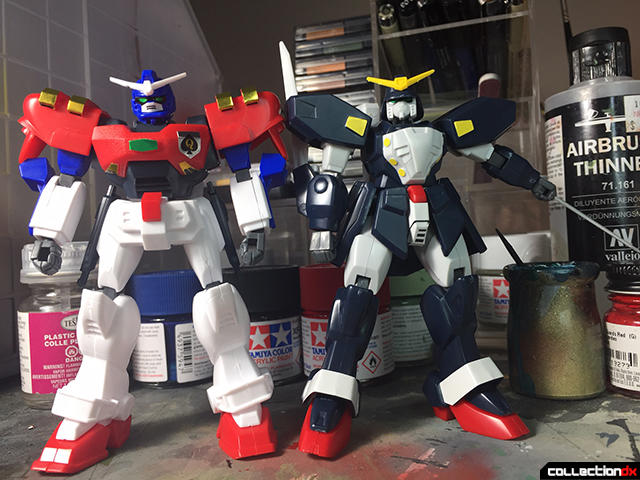 Taking everything into account I'm a bit frustrated with the G Gundam 1/144 Maxter Gundam as, although it is plagued by limited articulation, detail, and the fact he is missing a gun, there is one thing you should keep in mind, that, as far as scale is concerned, this is the only 1/144 scale Maxter Gundam figure that exists. So unfortunately, if you are Maxter Gundam fan like me, this is your only option.

4 comments posted
If you don't mind it being

If you don't mind it being around 1/100, there's a nice ABS plastic figure of Maxter and most of the main Gundams from G Gundam. It even got a U.S. release when the anime came around.

Thank you! I'll have to consider that...

We called these "sock monkey grade" kits back in the day. But at least the feet were molded in two colors, unlike the Gundam Wing kits were were just two single colored halves.

Right! I might review a couple of those wing kits...