Flashman; the 10th Super Sentai show in Japan; is about a group of kidnapped Earth children coming back to their home planet to fight alien invaders with the power of colored suits and dizzying camera angles. When the going gets tough and the monsters grow to the size of skyscrapers in defiance to all laws of physics, the Flashmen’s preferred method of giant suit actor violence is the Flash King.

This is one of the few surviving robots from my childhood toy collection, and it was only semi-recently that I found out that it’s Sentai-based.

Flash King is a simple but nicely designed 3 part combiner composed of an armored land vehicle and two jets. 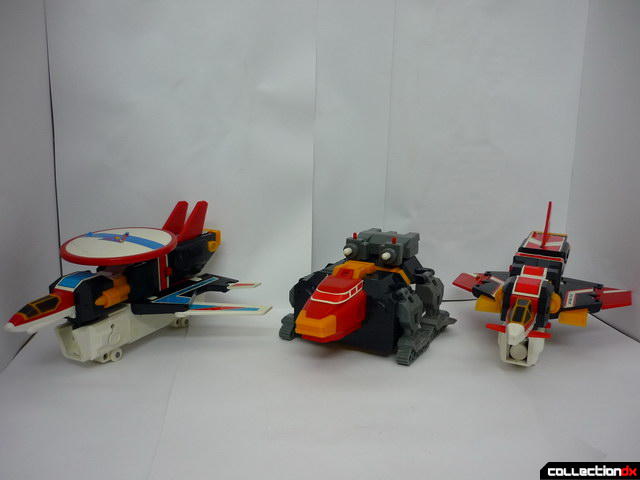 First up is the Tank Command. For something that’s only piloted by one person it sure has a ginormous cockpit, which kind of makes it look like a mechanical hippopotamus. The cockpit’s four toned paint job is now a single shade of red. 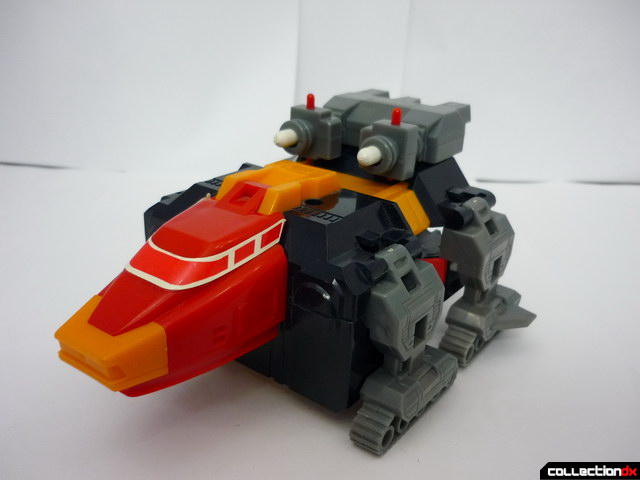 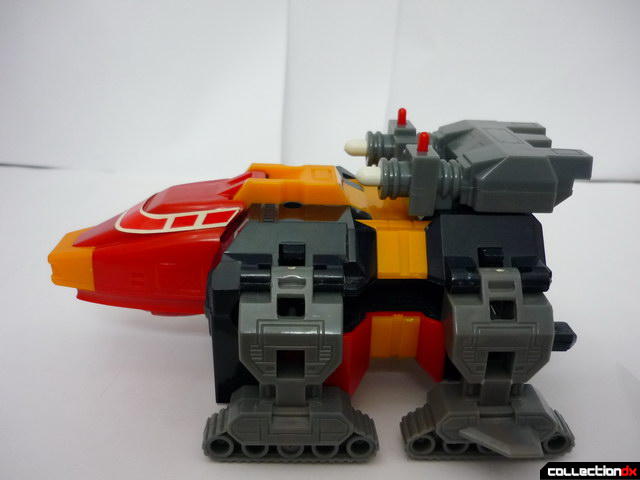 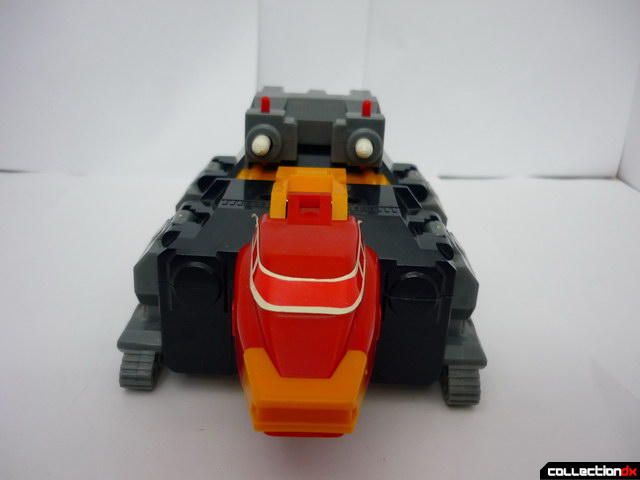 While the legs do a good job of covering up the empty space on the side, the backside holes where the combining parts go in are laid completely bare. 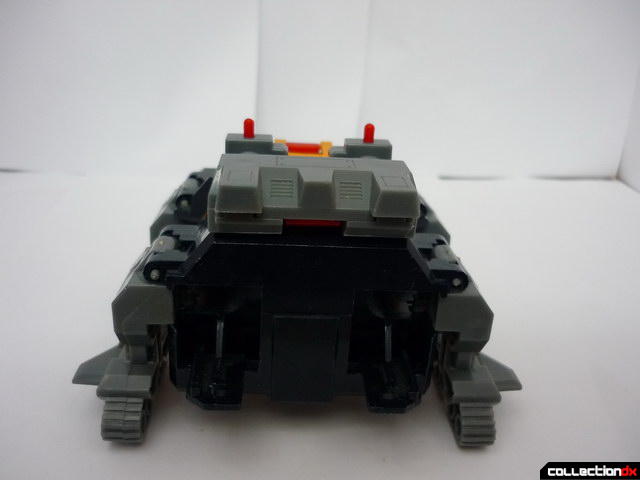 Each tread leg has one rolling plastic wheel on it. 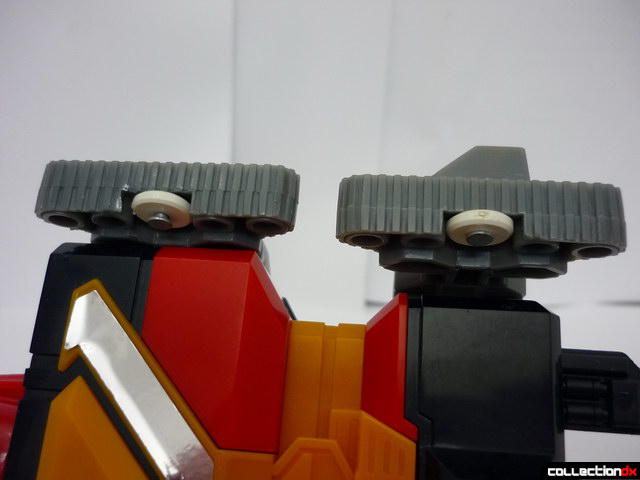 The Tank Command has a removable top mounted missile launcher that can rotate and pivot upwards. It can hold and fire two missiles (the toy came with 4 spares) a good distance across the room. 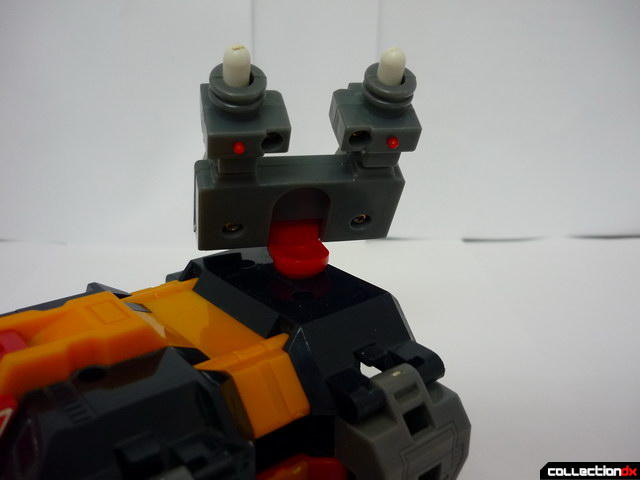 Next up is the Jet Delta, or Jet Delta-2 according to the stickers. A nice looking delta wing jet with a bulky wheeled undercarriage. Since the primary color on the bootleg are red and black, the Jet Delta retains the most of the original toy’s colors. The main difference is that the translucent orange canopy has been replaced with a black one with yellow edges. 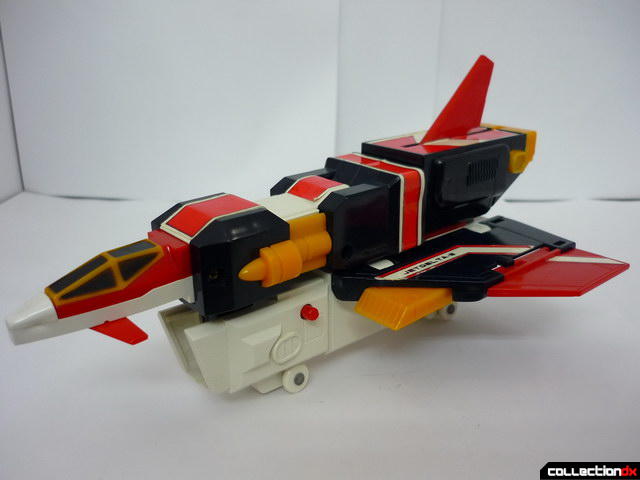 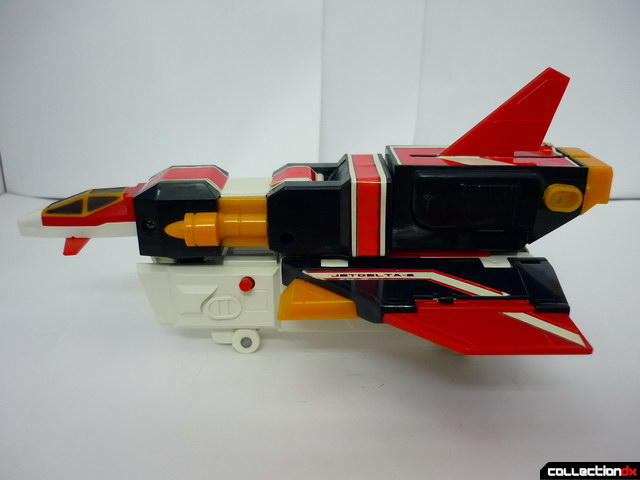 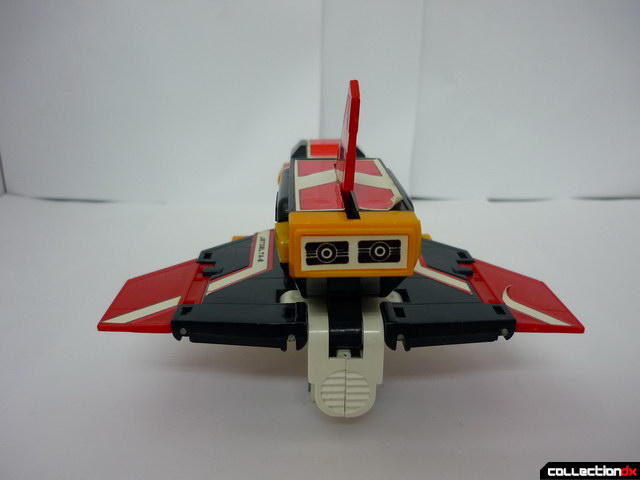 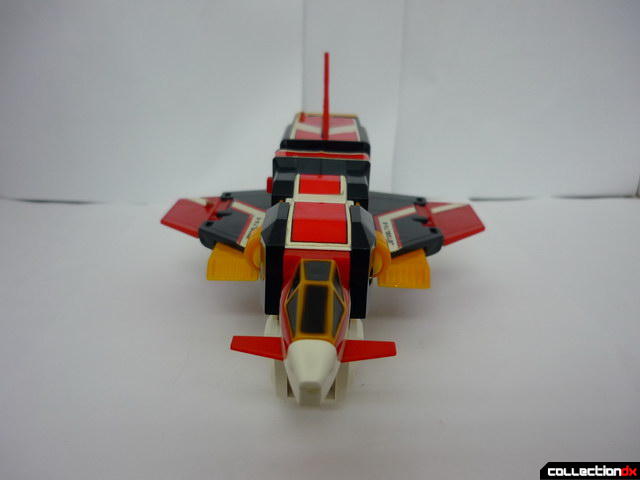 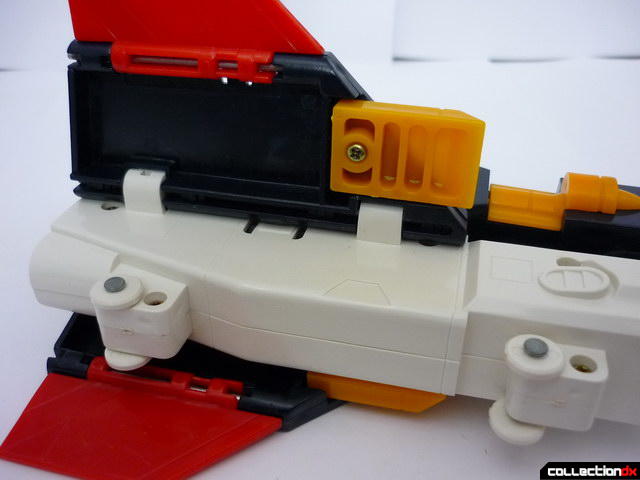 The third vehicle is the Jet Seeker, or Jet Seeker-3. A variable wings jet with an AWACS dish and the same body type of the Jet Delta. The light blue color of the cockpit, twin tails and the stickers on the stabilizers and rear fuselage has been replaced with red, along with the indigo on the AWACS dish. The rest of the body is identical to the Jet Delta. 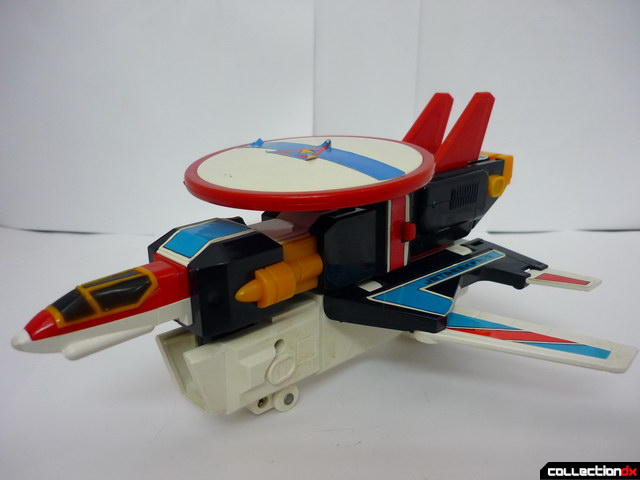 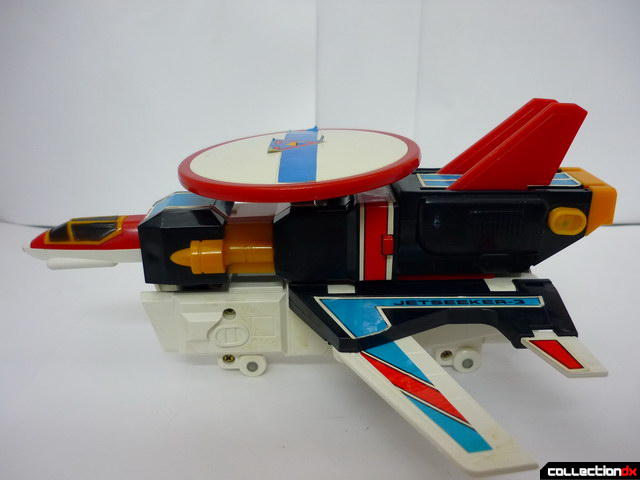 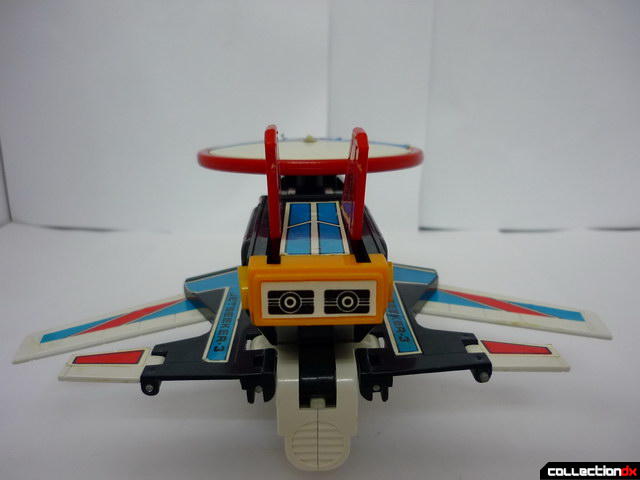 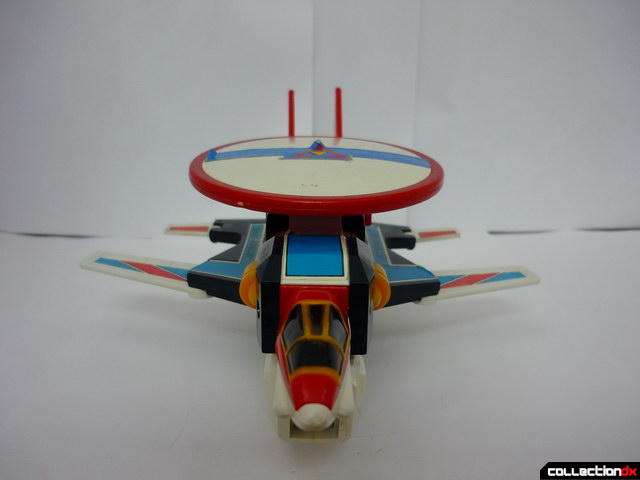 While most of the moving parts on the vehicles have stood the test time, the one that weakened the most over the years is the friction tab under the jet wings that keeps them held up. Now all it takes for the wings on my Jet Seeker to droop is a simple nudge. 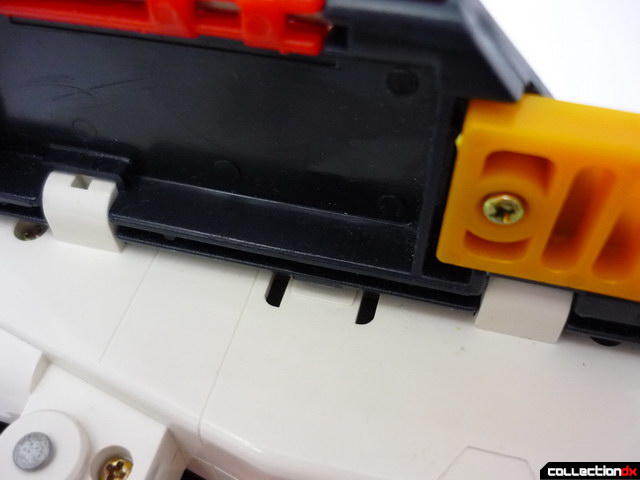 To prep the Tank Command for combination, simply flip the tread legs and cockpit upwards and rotate the head to form the main body. 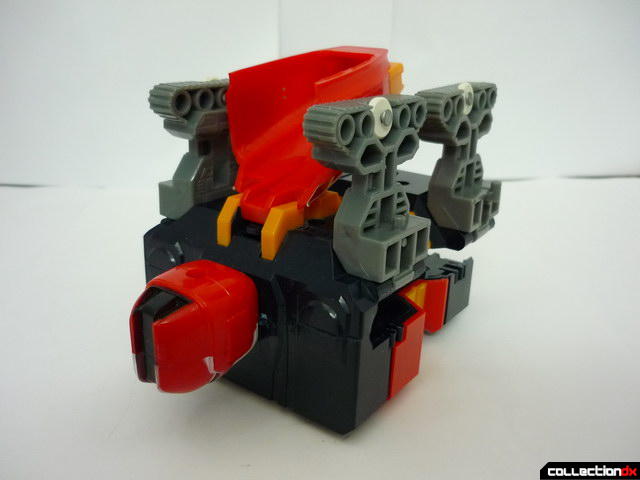 The jets are slightly more complicated. The cockpit, wings and tail fins fold and/or retract into the main body. The front fuselage slides forward on a white rod (chrome in the original) and then rotates to the side to become an arm, while the rear fuselage rotates and swings down to become a foot. 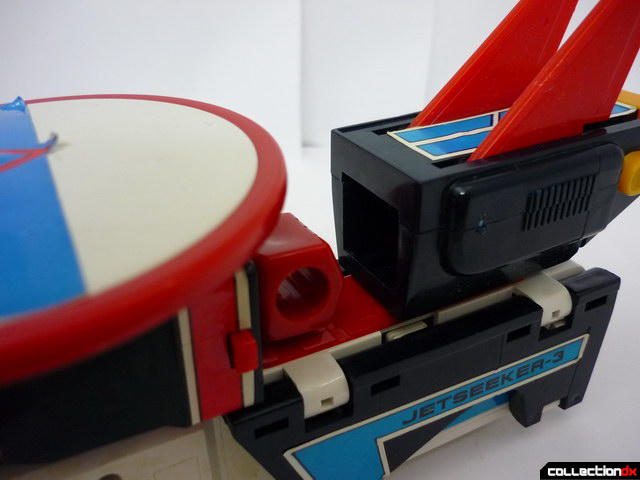 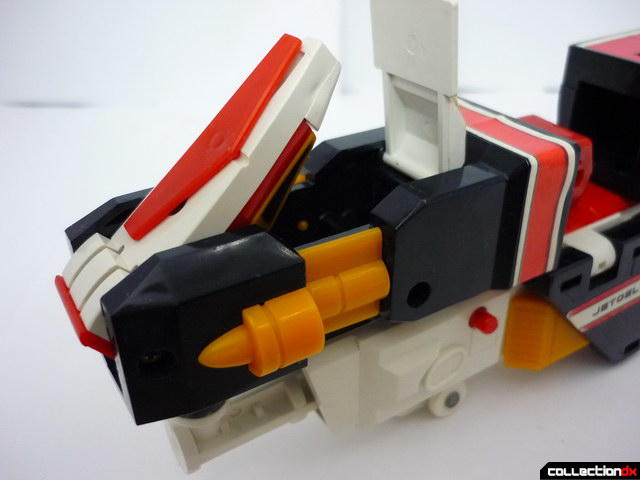 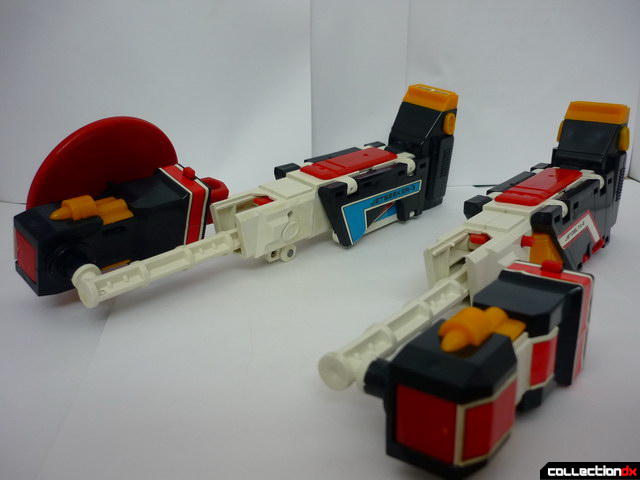 The rods then slide through the holes at the bottom of the main body and lock in by way of tabs you can release with a button on the side of each leg. 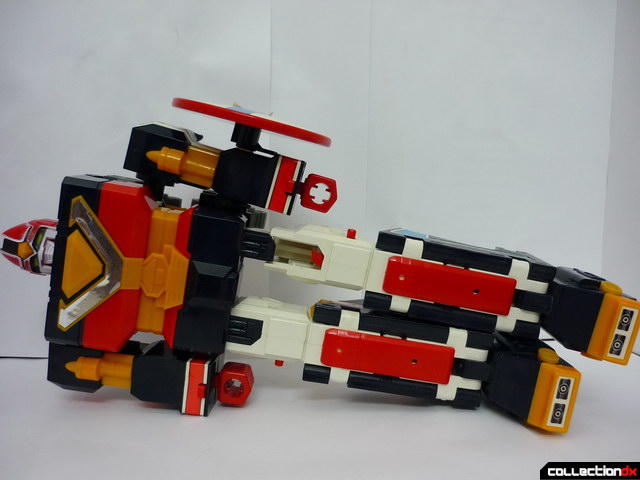 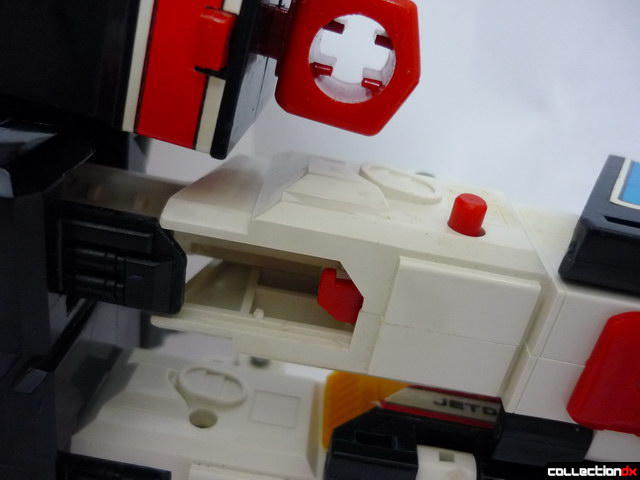 The resulting robot stands approximately 25cm tall. The original’s indigo fists (2 spares were included) are now red and the green gems on the forehead and chest are now yellow. 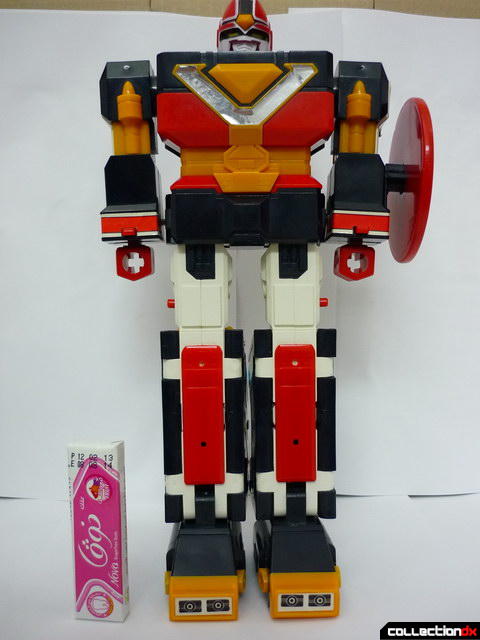 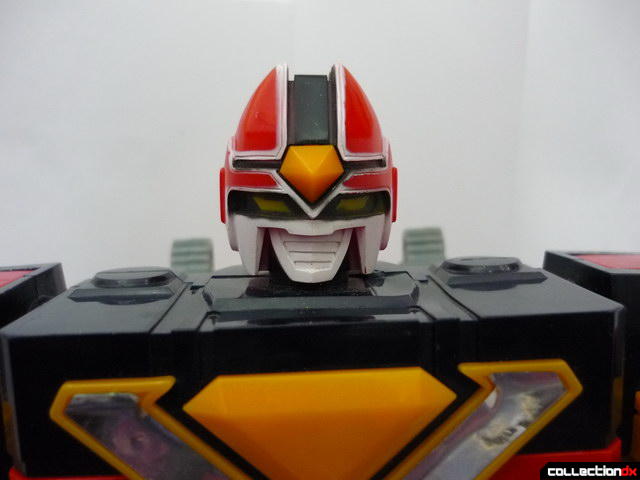 Not surprisingly, Flash King is a brick with little articulation besides ratcheting the arms and rotating the head. The fists can be fired with the same amount of force as the missile launcher. 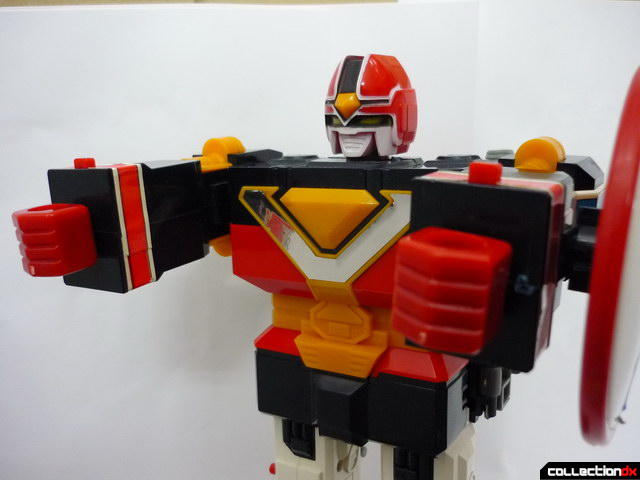 The Jet Seeker’s AWACS dish cleverly doubles as its King Shield and can remain pegged into the left arm or slotted somewhat reluctantly in the fists. 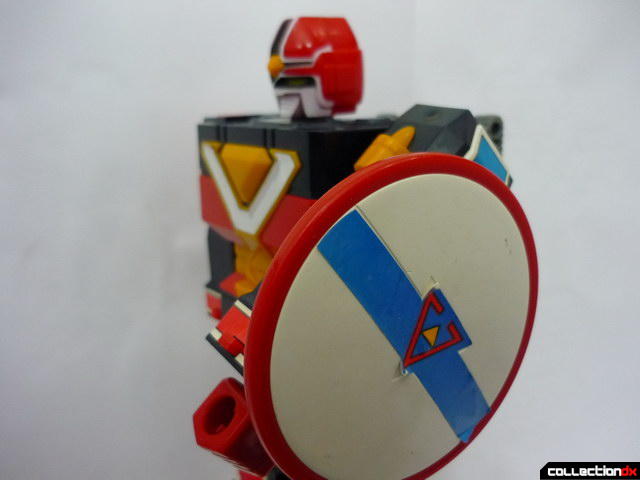 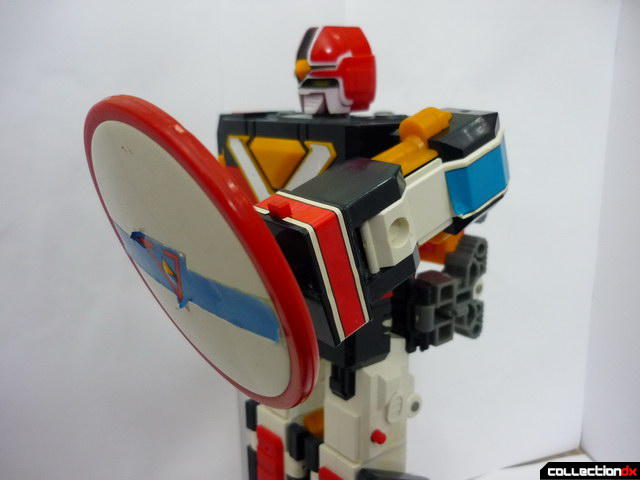 The Cosmo Sword comes in a solid white color instead of the original chrome. It’s a nice satisfying length and fits snugly in the fists. 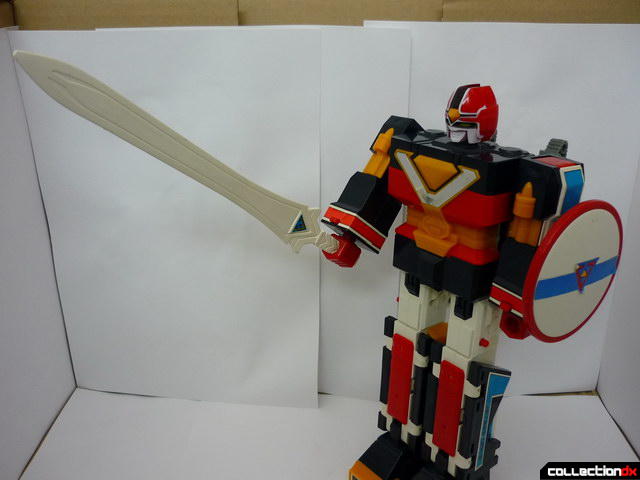 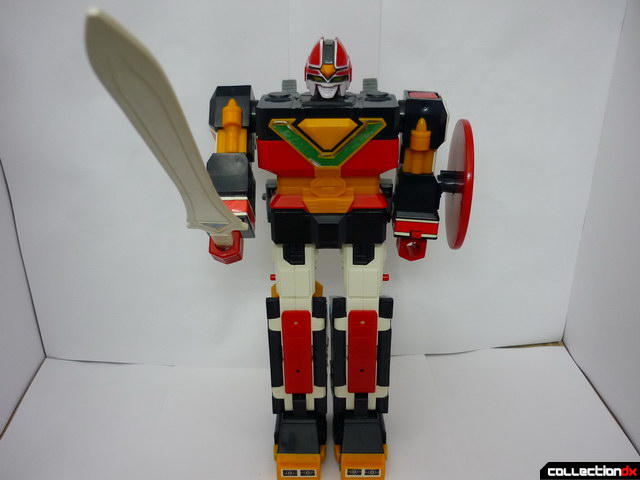 Flash King doesn’t stand out too much compared to his...flashier counterparts from later shows, so I wouldn’t expect to see him in the Super Robot Chogokin line anytime soon. However, his boxy simplicity still has some charm. Being a well made bootleg certainly doesn’t hurt either.

The real Flash-In-Box (i.e. DX Flash King) is my Holy Grail of pre-Power Rangers robos to get, followed closely by the DX Live Robo.

i love how this guy head looks..