Tiger Mask (タイガーマスク) Was a hugely influential manga that originally ran from 1968 - 1971 that has become a Japanese cultural icon. It was so popular that in 1980 the likeness was licensed to create a real Tiger Mask wrestler that wrestled for New Japan Pro Wrestling. While the role has been played by several wrestlers, the first was Satoru Sayama (佐山 聡).

This toy depicts Satoru Sayama as the First Tiger Mask. 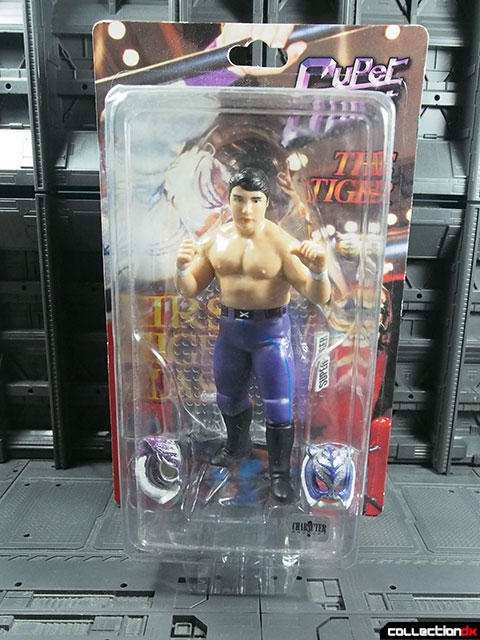 The toy is made by a company called Character Product, or CharaPro for short. They make All sorts of wrestling figures in Japan, but I am not that familiar with them. I could not find a manufacturer webpage, or even a date of release for this figure. 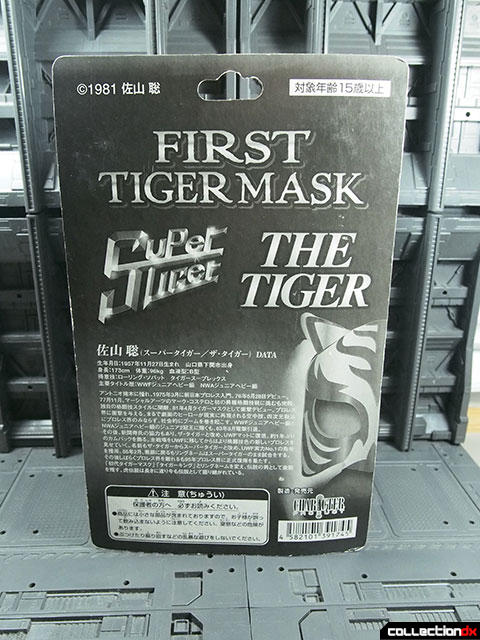 The figure has only a few points of articulation, the arms at the shoulders and the waist. 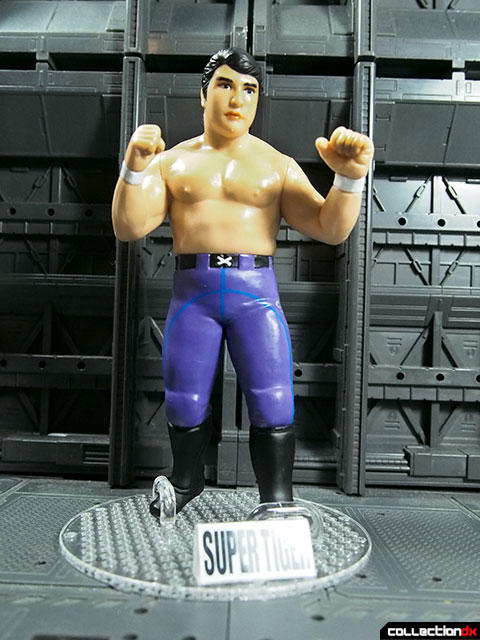 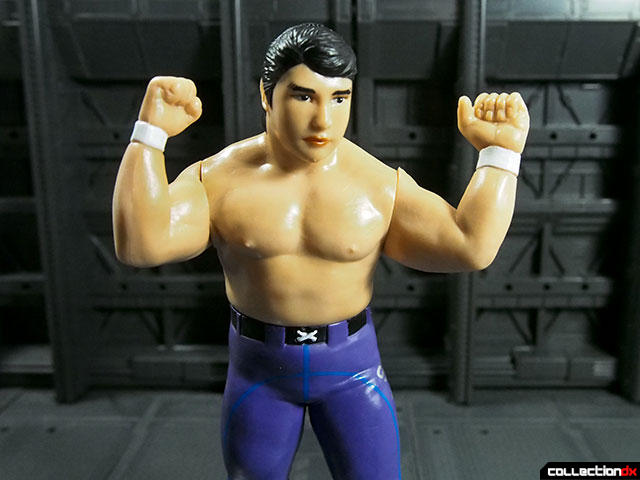 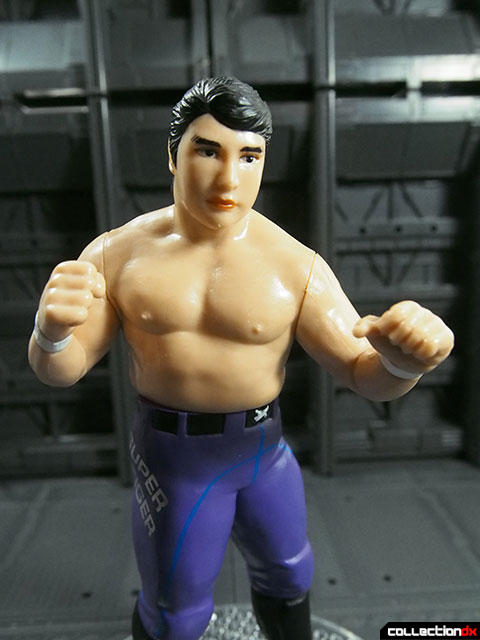 Satoru Sayama has that early pro-wrestlng physique - and really actually properly represents a true strong man. While not chiseled, Satoru Sayama's stocky body could mess you up. 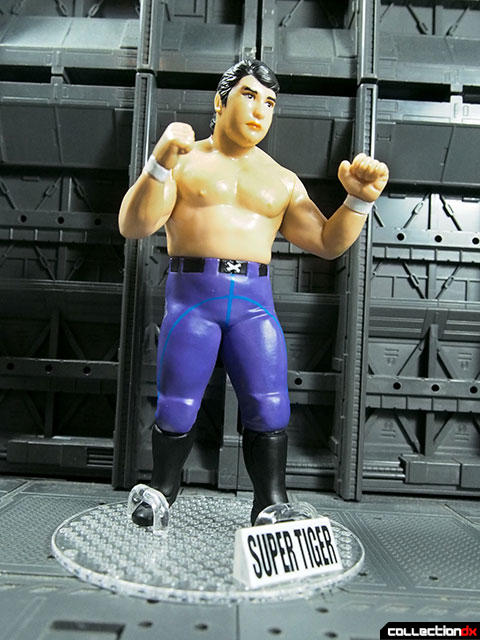 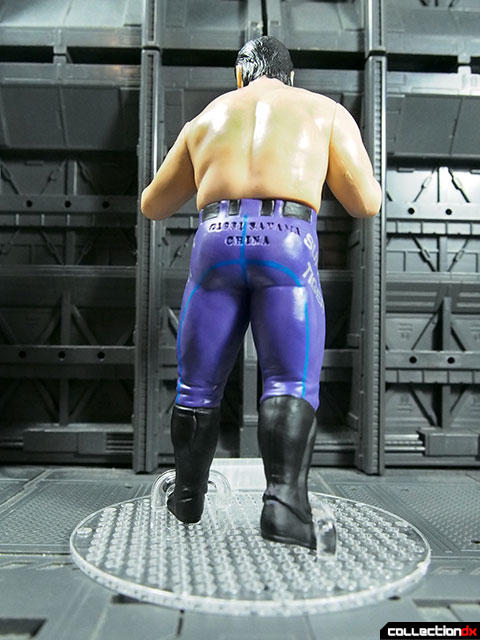 The base of the figure is interesting, and a novel approach to a figure stand. The clear base features a series of circles that the U-shaped brackets can be plugged in any location. It allows for a lot of flexibility, but in reality the brackets pop out rather easily. 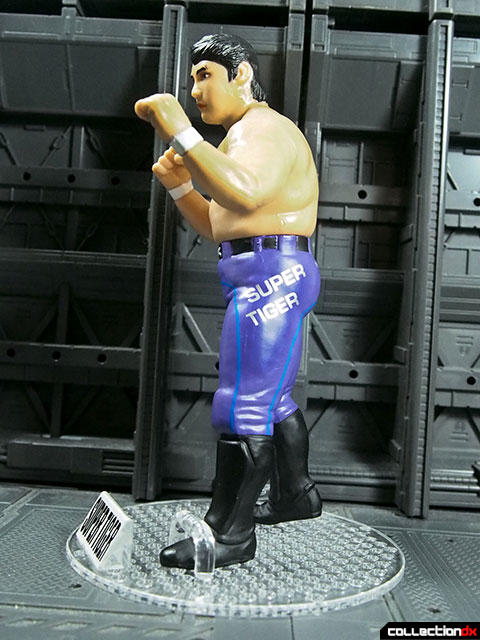 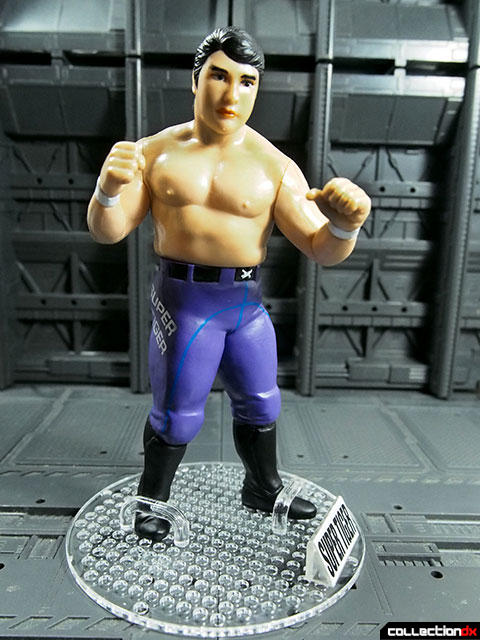 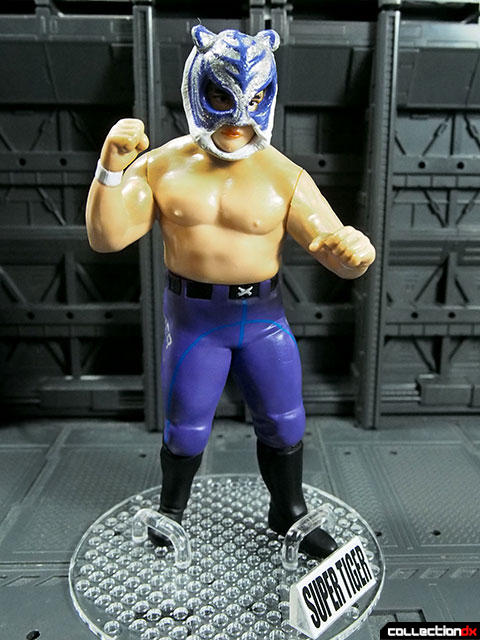 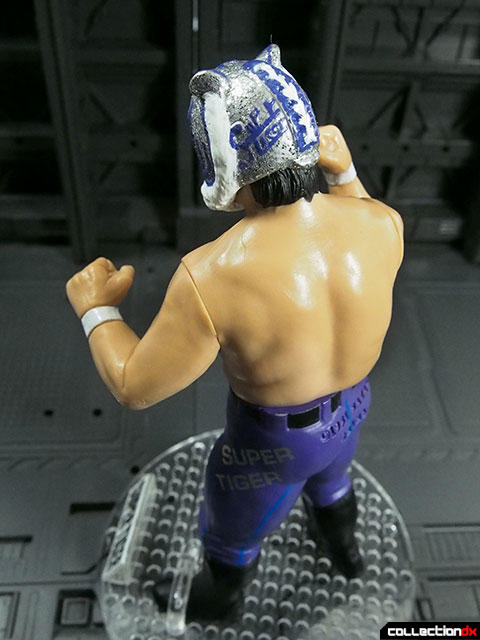 However, shortly after, he switched to Super Tiger, which had a similar, purple mask: 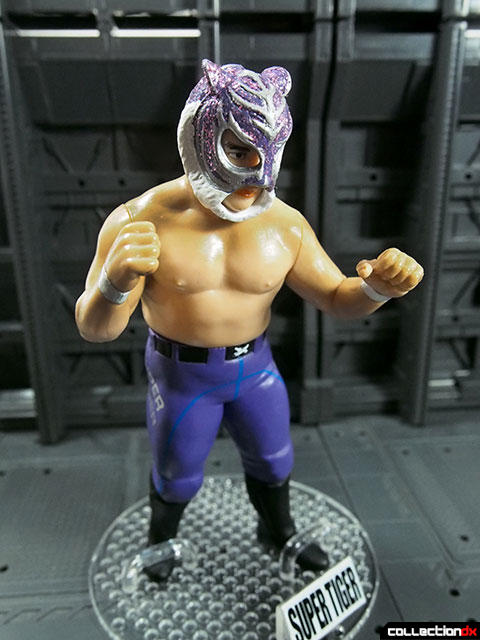 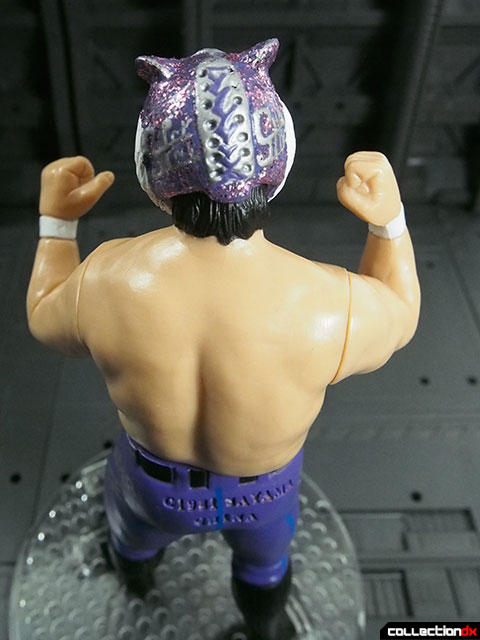 Both masks are soft rubber, and have to be stretched over the head. It's a firm fit. 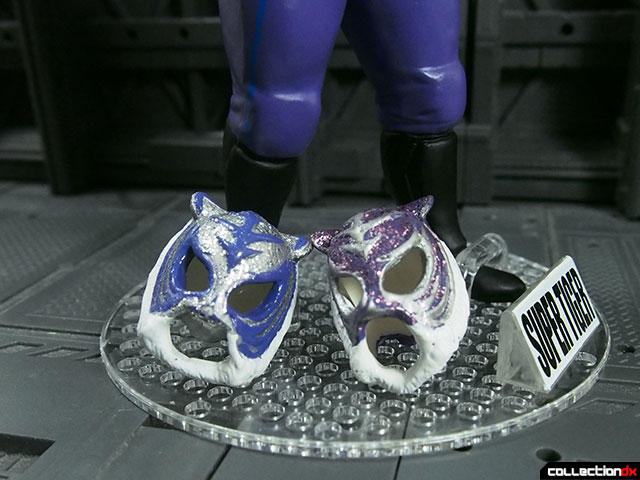 Confession time. I bought this guy because I had no idea what it was , and it it was ten bucks. I wanted a challenge to learn about something, and I can now say mission accomplished. My life is now richer for knowing the history of the real-life Tiger Mask, Satoru Sayama.