This is a knockoff of an Ideon toy by an obscure company called Beat. You can read the original review here:

It shares the same body and arms, but the head is different, as are the stickers. The box is very colorful, and has a 90s aesthetic, although the exact release date is unknown.

The full name of the toy is "Flying Disc Soldier Disc Robo". The toy line appears to be "メタル合金 (Metal Gokin)" but I cannot find any others with this name so for now lets consider this a one-off. 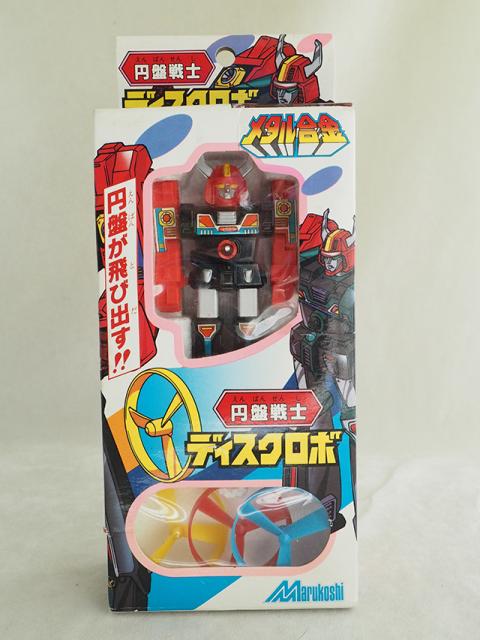 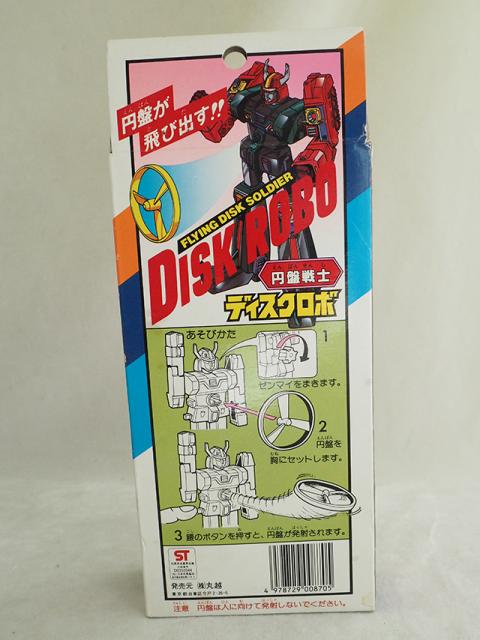 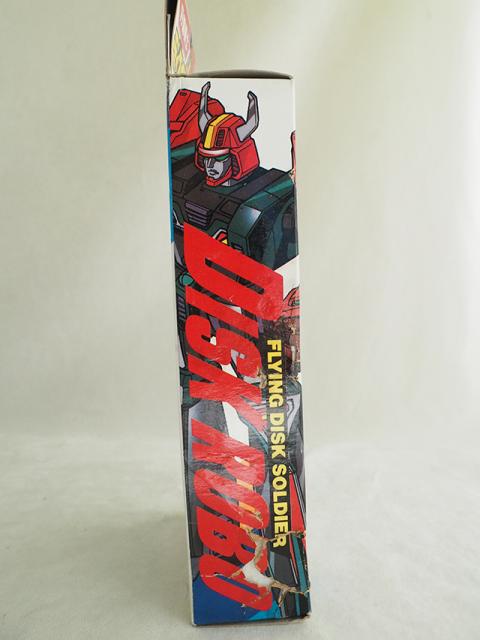 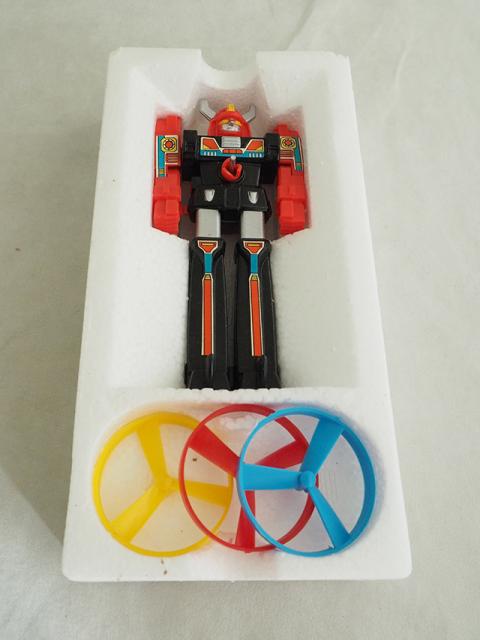 It's got all the hallmarks of a nice little gokin, but it's cheap and uninspired. The box is nice, it has a good styro tray, and the body is diecast, but the paint is crappy and the head sculpt is soft. 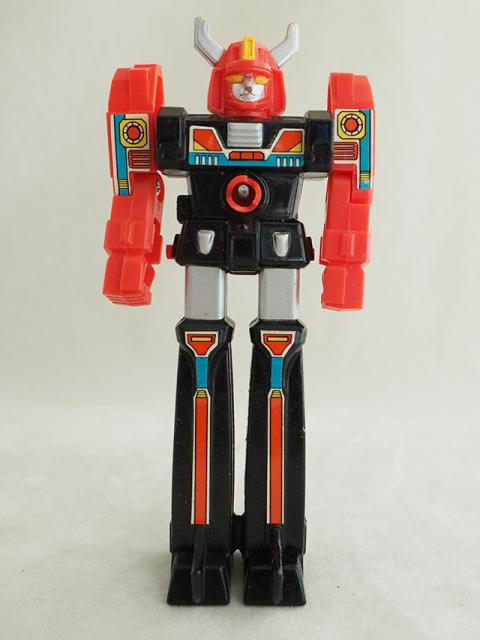 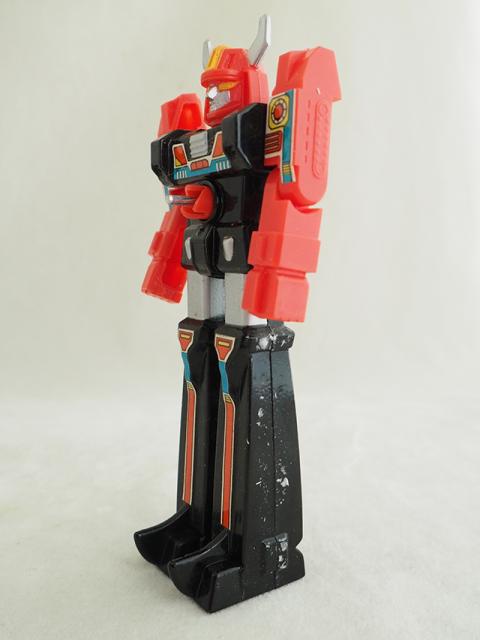 Articulation is at the head, shoulders, and elbows. The paint on the legs have reacted with the chemicals in the styrofoam, resulting in pitting.

The knob on the back winds up the spinning mechanism, and the button on the side releases it, causing the propellers to fly off. It's chaotic and fun, and I bet a little kid would have had fun with this bit, blissfully unaware of the toy's origins. 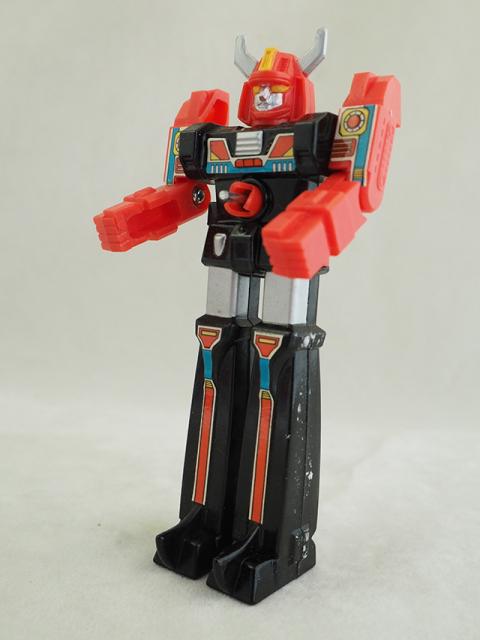 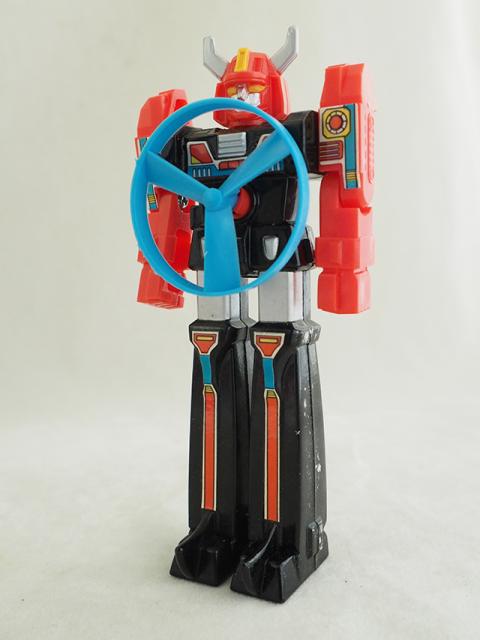 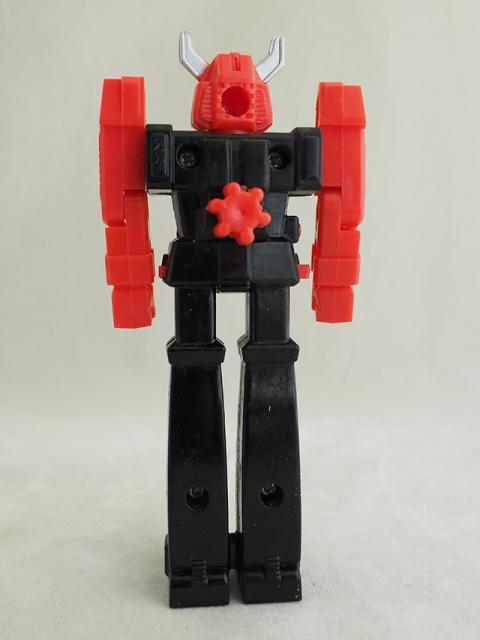