This is one of those toys I had a hazy memory of as a child. I remember watching TV when I was a kid and I remember a commercial – it was for some kind of cereal. There were two kids on the front porch of a house, a boy and a girl. The boy was playing with a transformer, but it was a transformer that I had never seen before. It was all purple and green and looked like some kind of bug. That toy HAUNTED me. For years, I swore it existed, but no robot nerd I knew could identify it. 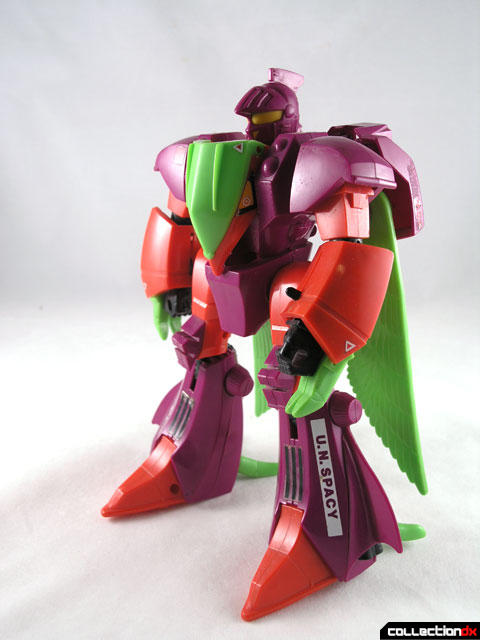 Once again, the internet came to the rescue and I found the toy on a forum somewhere. Turns out that it is a bootleg of the Aura Battler Billbine. It appears to be based off of the Tomy DX Billbine, but I can’t be sure. I think this one is a bit bigger, being about 12” tall. 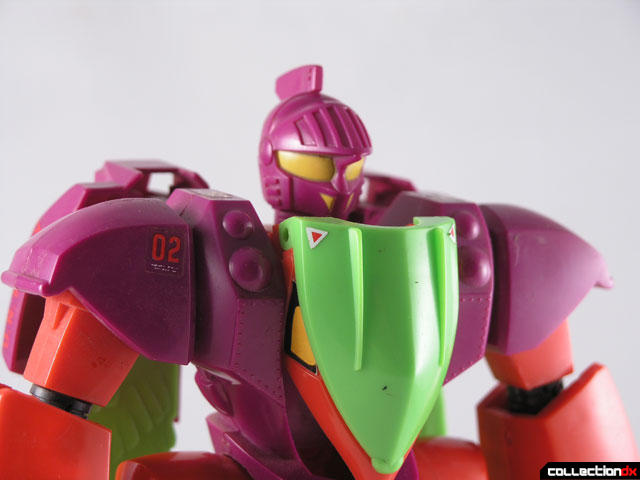 I’m not quite sure who made it, but I have heard that a Hong Kong manufacturer called Zima made it, under license, for sale through American retail channels such as Sears. There were at least 2 versions made – this one, and one that has a teal/yellow/black color scheme. 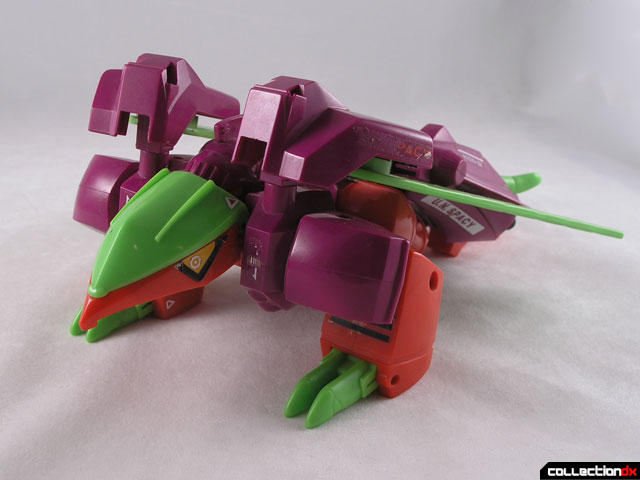 This Billbine bootleg is fully transformable between robot mode and Bug mode. I removed and reversed the wings on this one – I just thought it looked better. The Macross stickers on this were applied before I got it but DID NOT come with the toy. Some kid must have thought they look neat, and I agree. 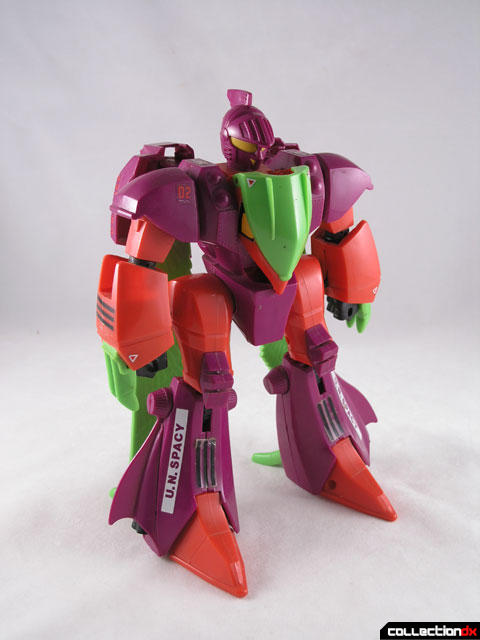 A neat bootleg, but only for the hard-core. The quality is kind of crap, and the color scheme is odd. The thing for me is that it was a mystery solved. Sometimes that is the biggest fun of this hobby. 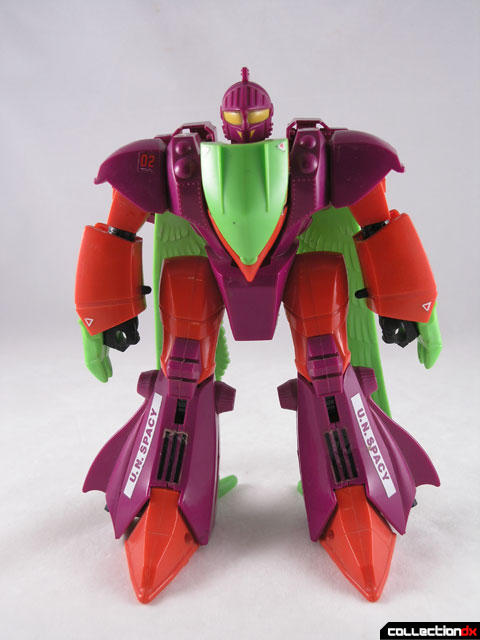 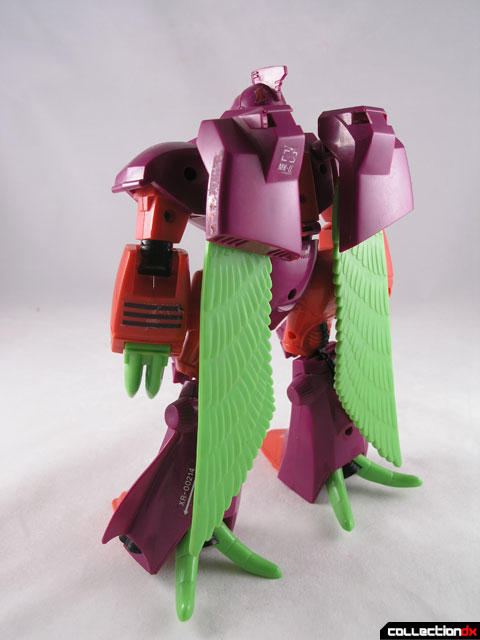 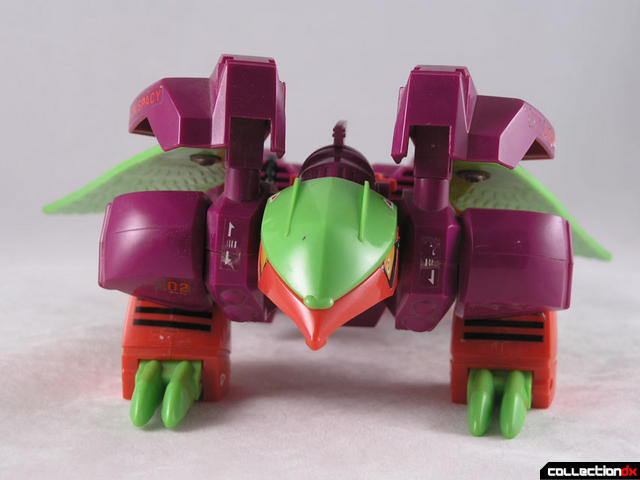 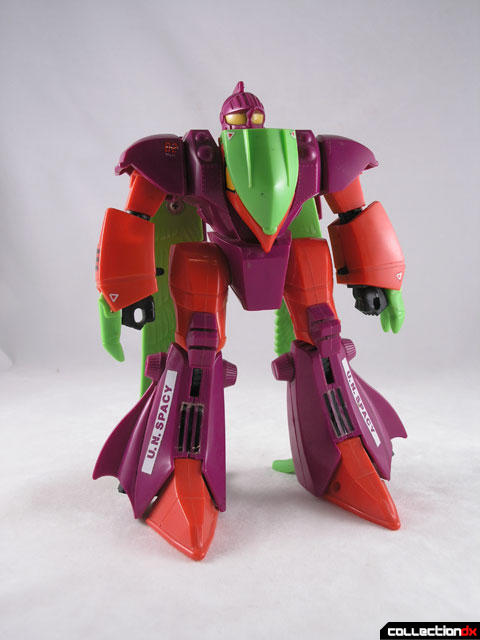 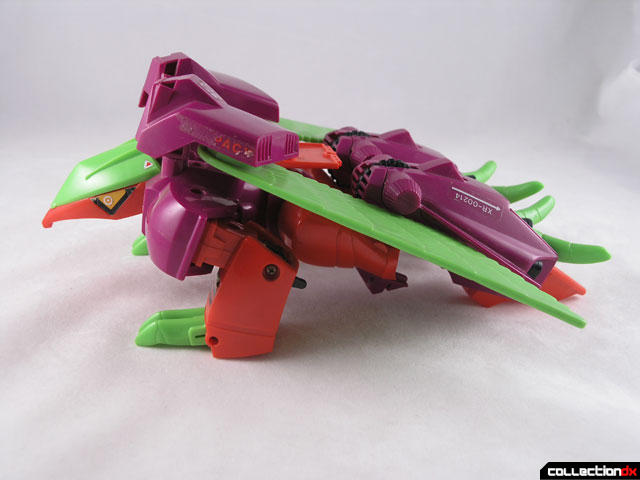 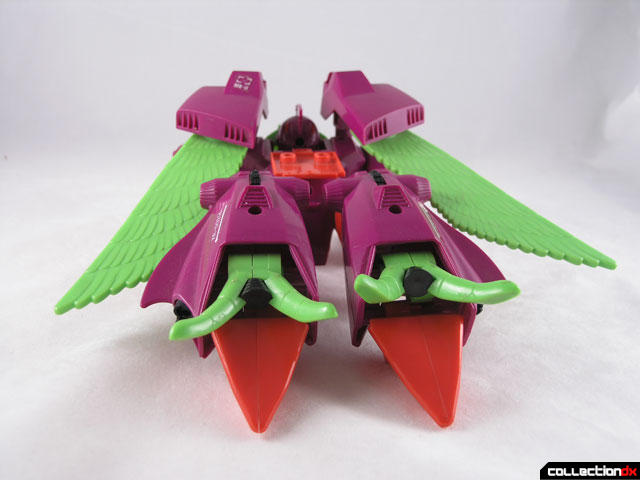