This figure was provided by Bluefin Tamashii and is available at the following retailers: 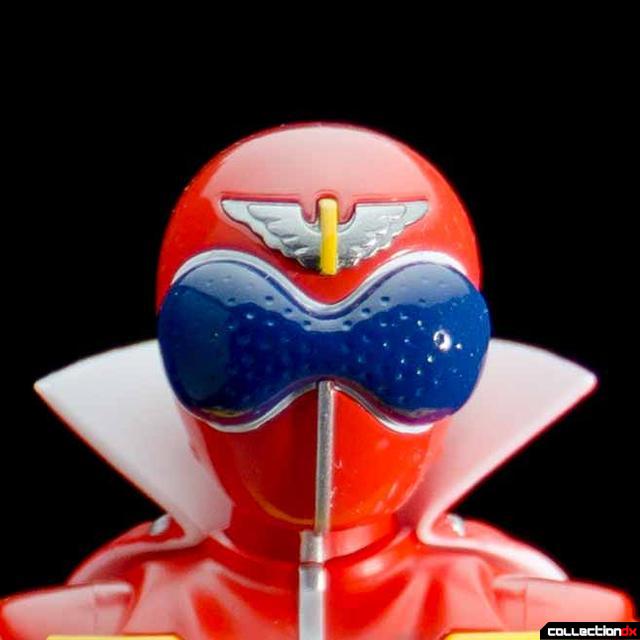 As the leader of Himitsu Sentai Goranger, Tsuyoshi Kaijo is the original Red Ranger; Akaranger. The packaging spells his name Akarenger but both seem to be acceptable spellings. 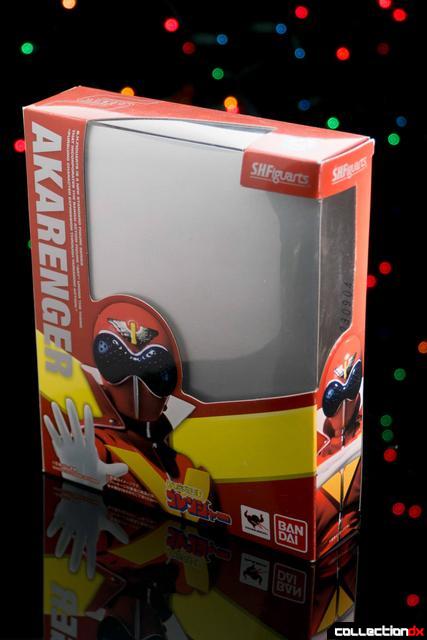 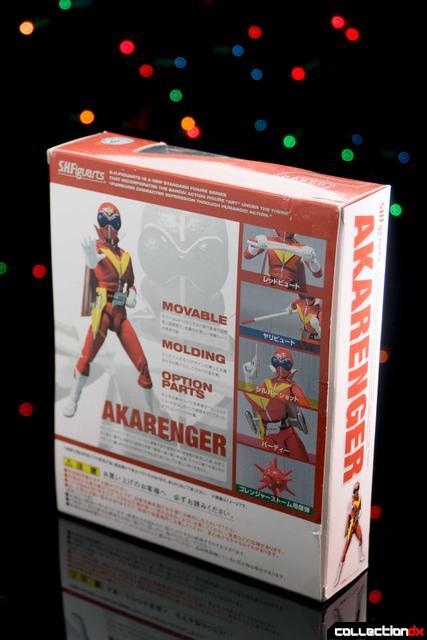 Akaranger comes in a standard SH Figuarts window box. It’s very simple and not quite as nicely designed as the Gaim figures, but still looks nice.

The figure recreates the original costume design faithfully with all its glorious 70’s silliness intact. The buckle and holster on the belt can be removed and swapped out for an empty holster or replaced entirely with the alternate belt. I’ve never watched the show but I really love belt buckle with it oversized S and five stars in each of the Ranger’s colors. 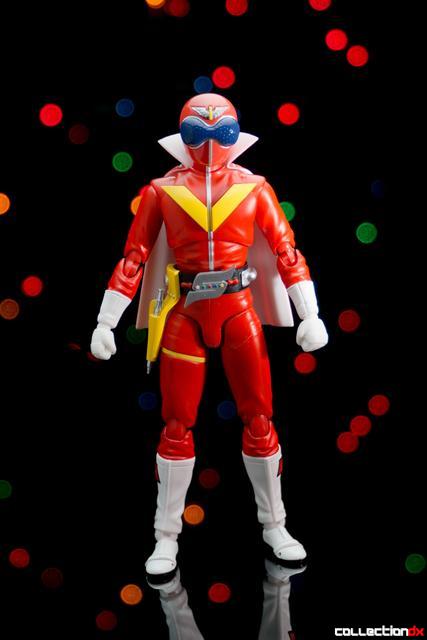 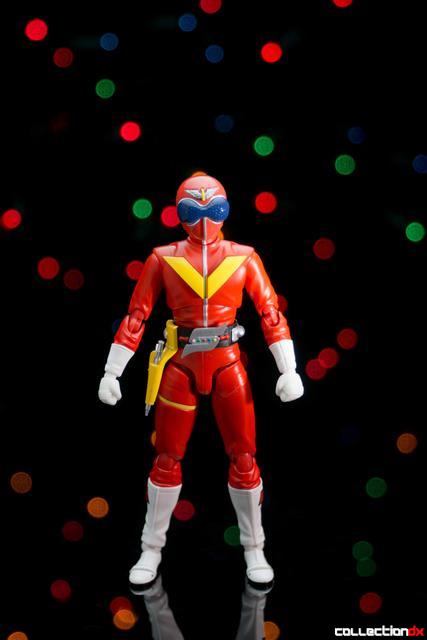 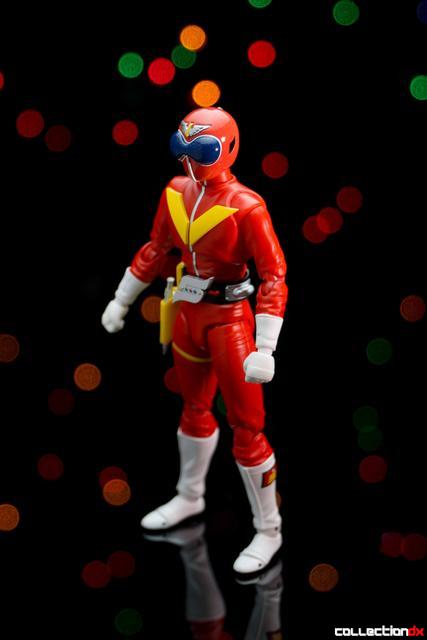 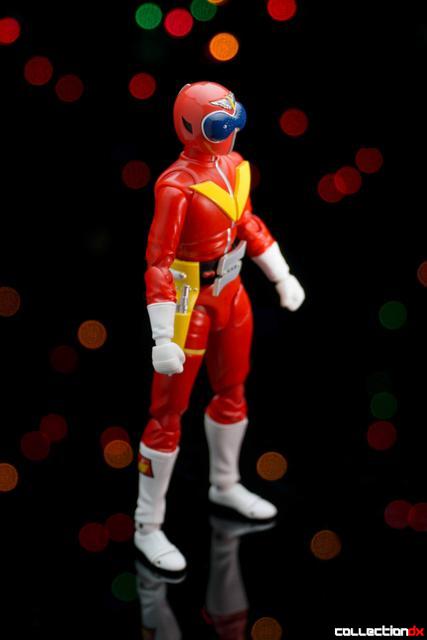 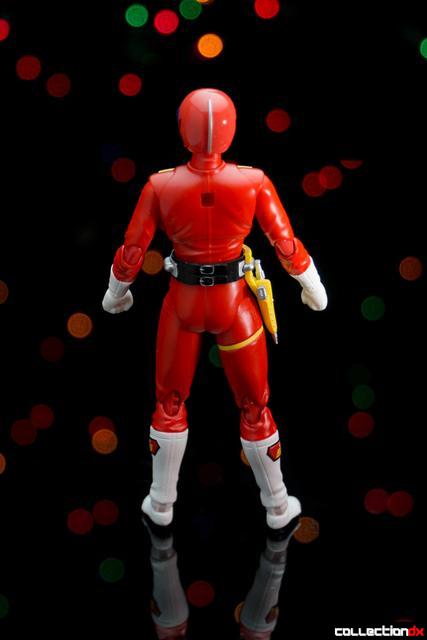 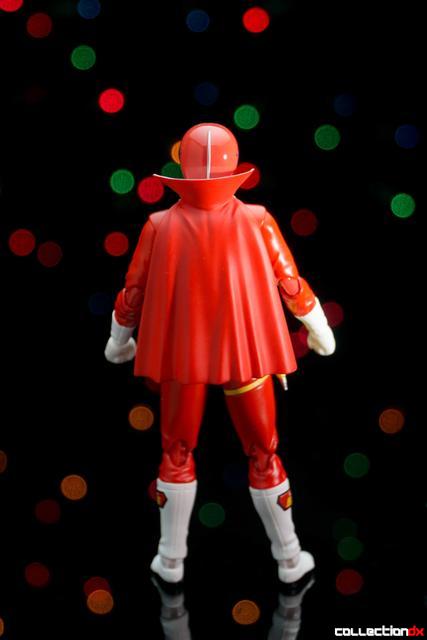 Akaranger’s cape is one solid piece of hard plastic that plugs into the back. He also comes with two belts, a normal belt with the Silver Shot pistol holstered as well as an alternative empty holster. The other belt has the Birdie rockets extended to allow the Rangers to jump higher. For weapons, Akaranger has his Silver Shot, a folded Red Bute (whip) and Spear Bute. I’m not sure what Bute exactly is, and the only other result I’ve found on google directs me to a Final Fantasy whip, so I’m going to assume a Bute is some type of whip. The red spikey ball is the Goranger Storm, the teams finishing attack where Akaranger kicks it at the enemy. 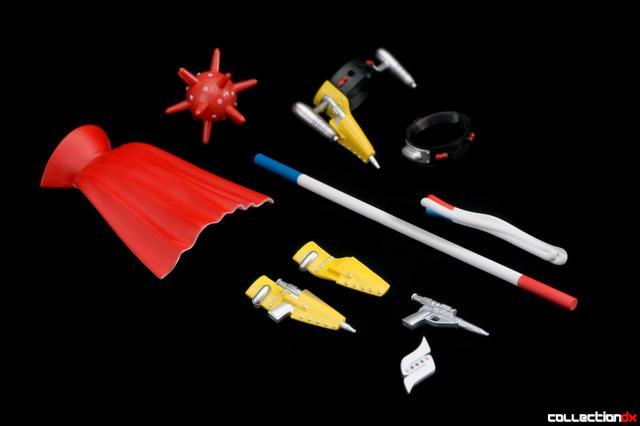 Also included are 11 hands. Akaranger seems to use larger joints in the wrists than the Gaim Figuarts which feel harder to attach. 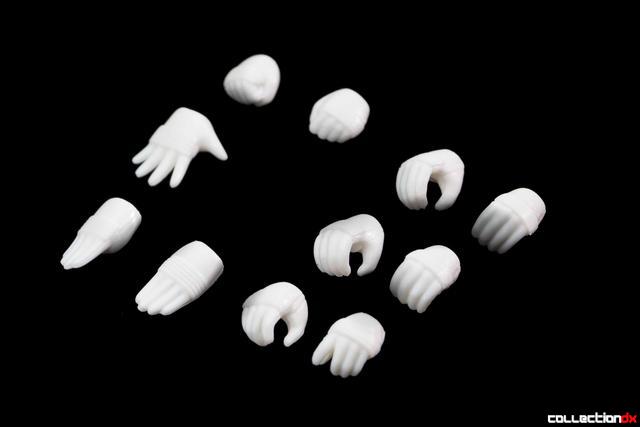 Articulation is pretty good for a Figuarts figure. The hips are the older style where the thigh has a hidden joint and can be pulled out from the hip. The shoulders are also a bit restrictive and won’t allow Akaranger to properly hold the Silver Shot with both hands. One issue I had with the hips on my figure is that the plastic around the hips seems to be rather sharp and simply putting him in a kneeling pose ended up leaving a mark on the left thigh of the figure. I’m not sure if this is a larger issue or just happened to my particular figure. 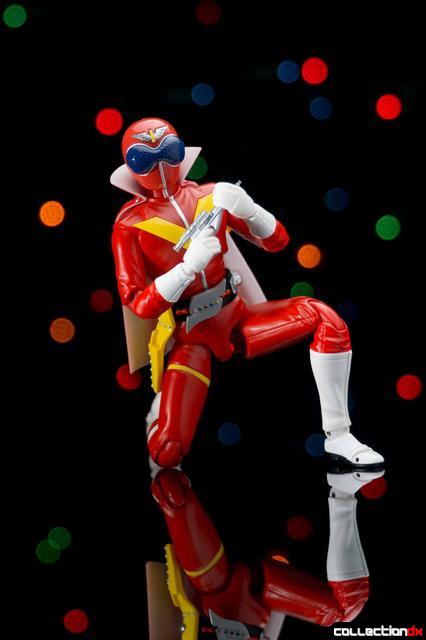 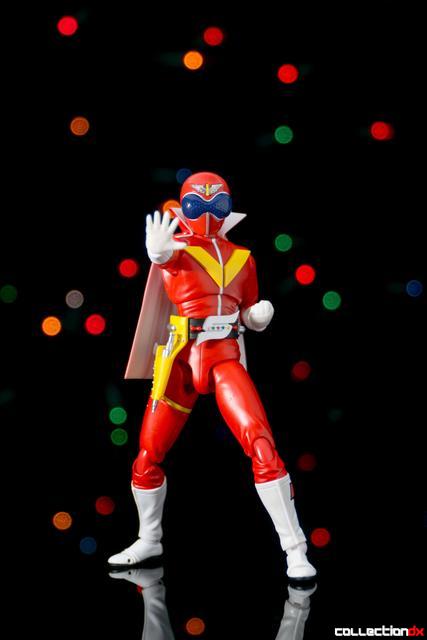 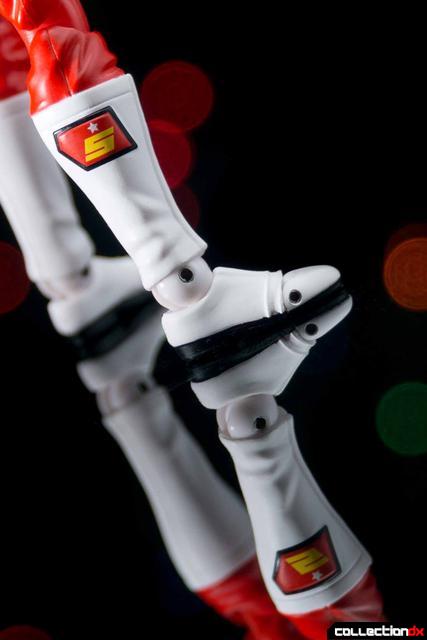 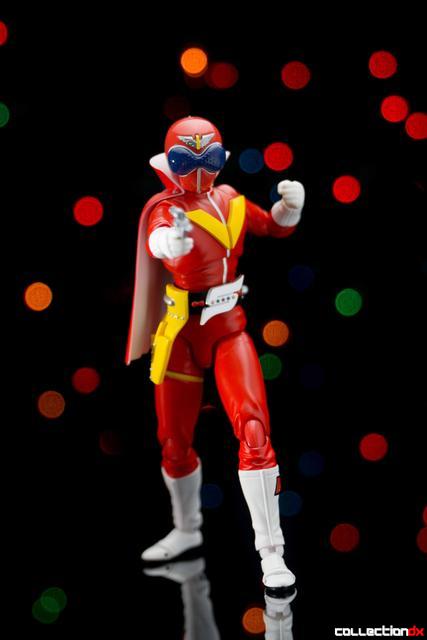 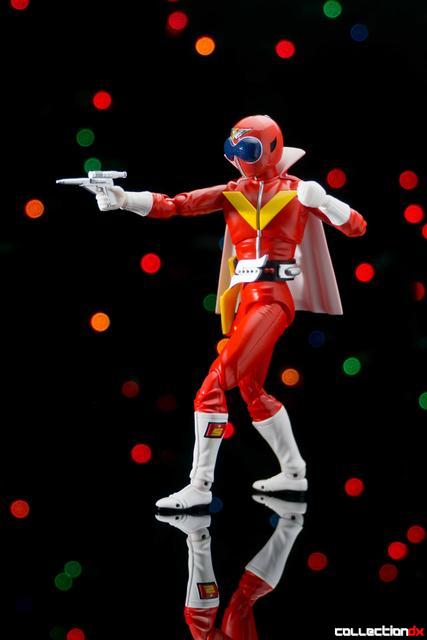 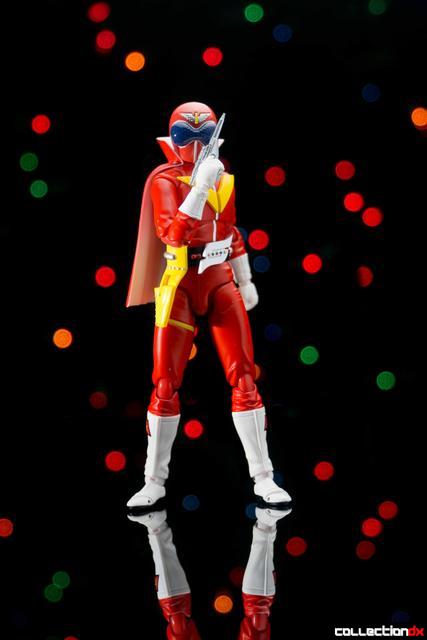 The Goranger storm is a bit of a weird accessory, as Akaranger can’t really hold it and you pretty much need to use a stand to show him kicking it at an enemy. 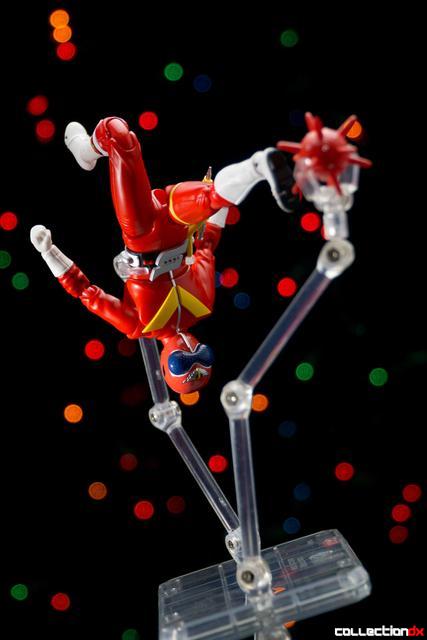 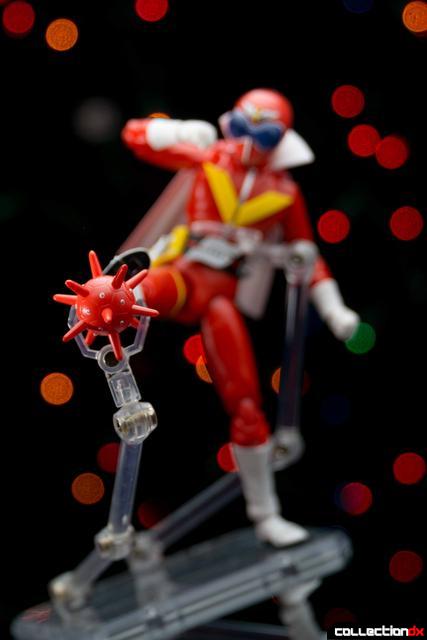 The Red Bute is also a bit lame as there isn’t too much you can do with a folded up whip. I would have preferred a string or wire whip for Akaranger to hold for some more dynamic poses. There isn’t much to say about the Spear Bute but it’s probably the best weapon he comes with and can hold it using both hands in a variety of dynamic poses. 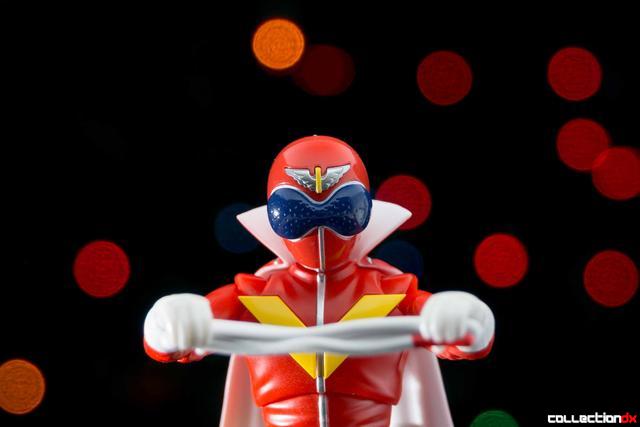 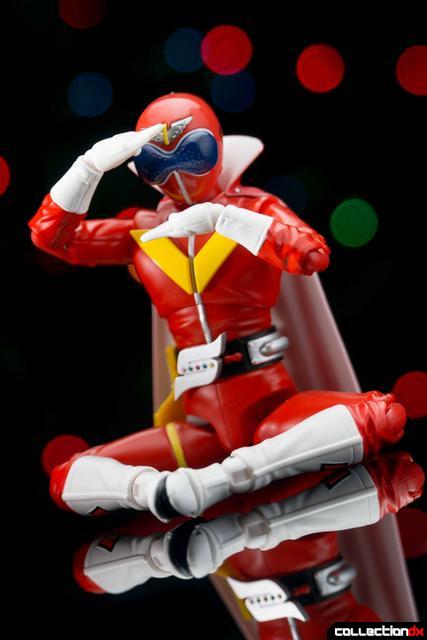 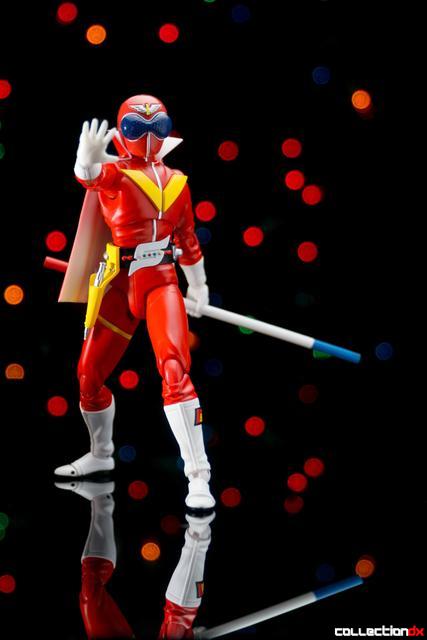 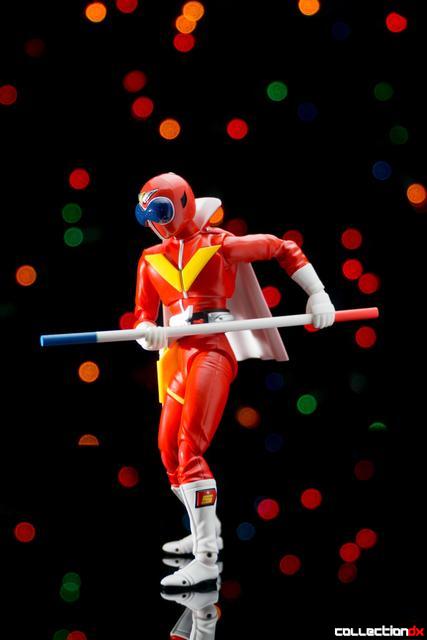 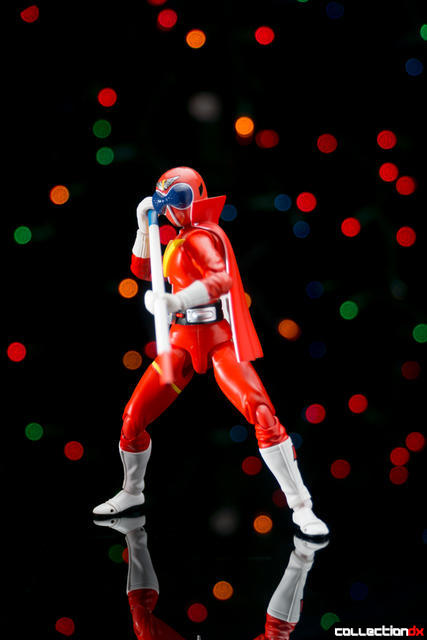 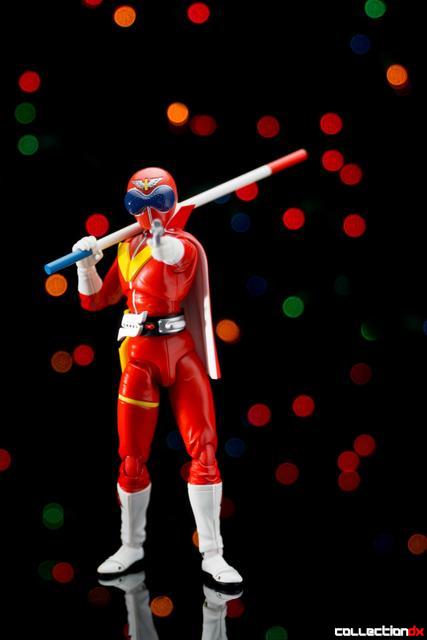 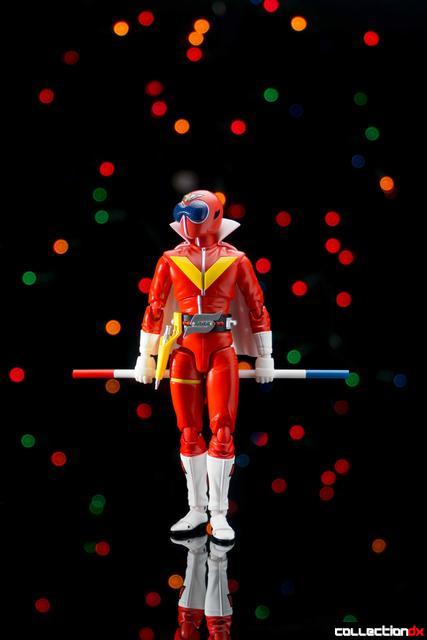 One interesting thing of note is that Akaranger seems a bit taller than most other Figuarts. I don’t have any other recent Sentai figures but stands maybe half a head taller and slightly bulkier than SHF Ryugen. 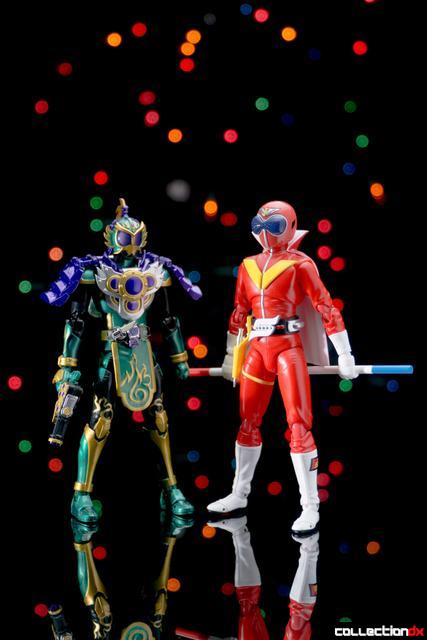 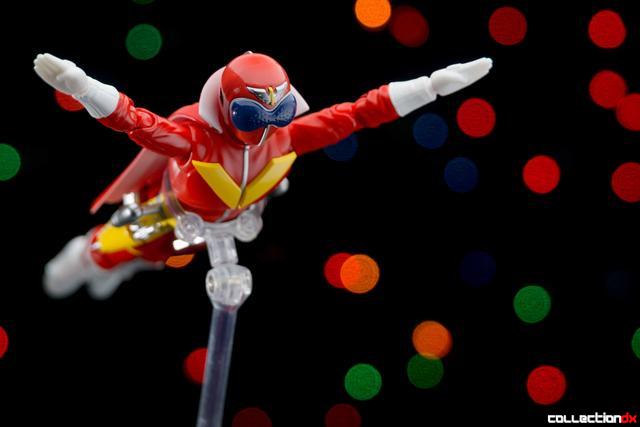 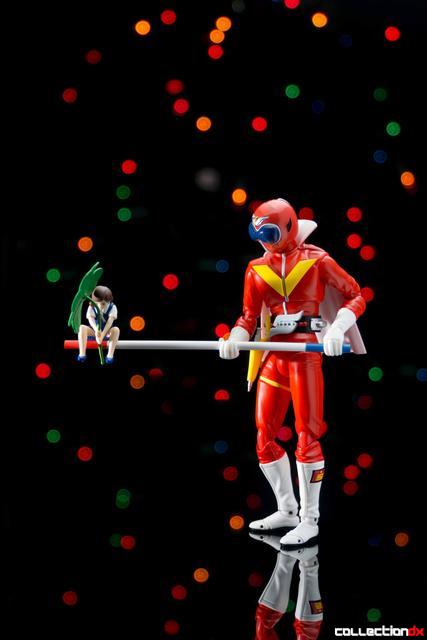 Overall, Akaranger is a pretty fantastic figure. The simple design means you won’t have all sorts of armor pieces restricting movement and while there are some minor annoyances, nothing is big enough to detract potential buyers. I think Akaranger is a must for any Super Sentai fan, not only because of his importance as the first Ranger, but because he’s just a lot of fun to play with. You can purchase this toy at retailers such as Amazon , Big Bad Toy Store , and Entertainment Earth.