Like a lot of recent Diamond Select releases, there's a regular version and a Walgreen's version. Often the Walgreens version is the same toy, maybe with fewer accessories. But this one's a bit different.

Aang comes from one of my favorite cartoons, Avatar: The Last Airbender. The show got some decent toys when the show first came out, but that line quickly died out and we've had nothing until this year. These toys are collector-focused as opposed to the earlier kid-friendly line.

This is the Walgreen's packaging 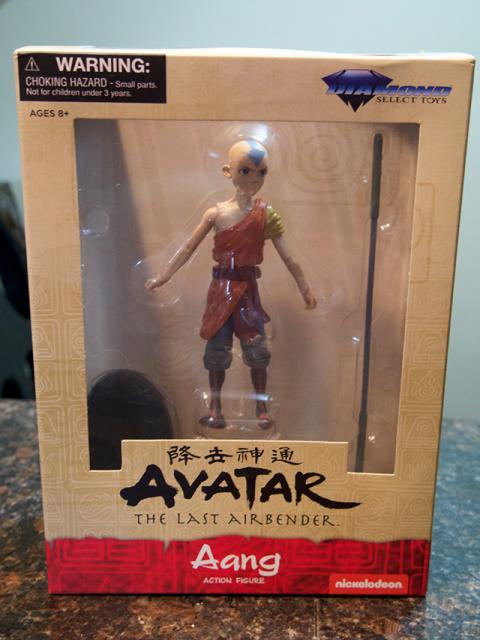 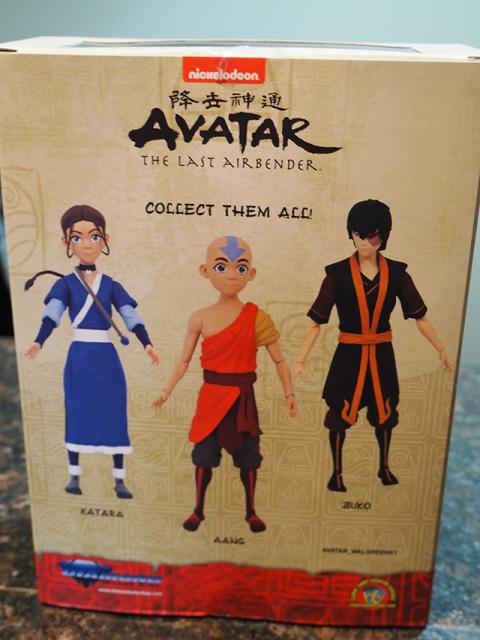 This first series consists of 3 characters, Katara, Aang and Zuko. Notice it's not Prince Zuko? It's because these designs are based off of their Season 3 appearances, where he renounces his fight against the Avatar, and helps him train to defeat Fire Lord Ozai.

The toy comes with a stand and a staff. The regular version has a more intricate stand, air-blast effect, variant hands and Momo. While this Walgreen's version omitted most of the accessories, it does have a unique face sculpt for this release. 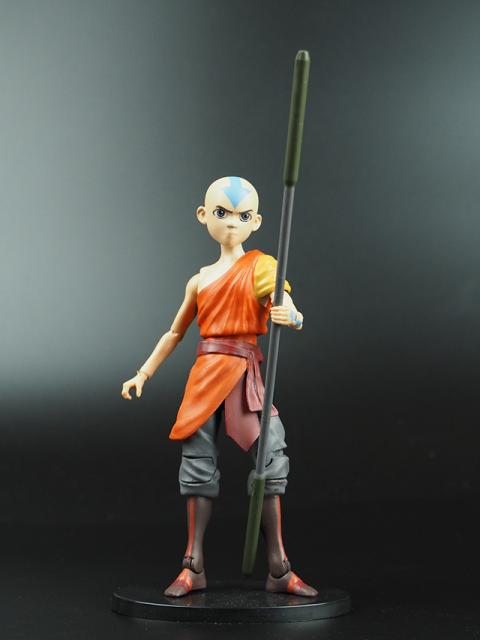 Aang looks AWESOME. He stands about 6 inches tall and has a bunch of articulation, but only some of it is usable. 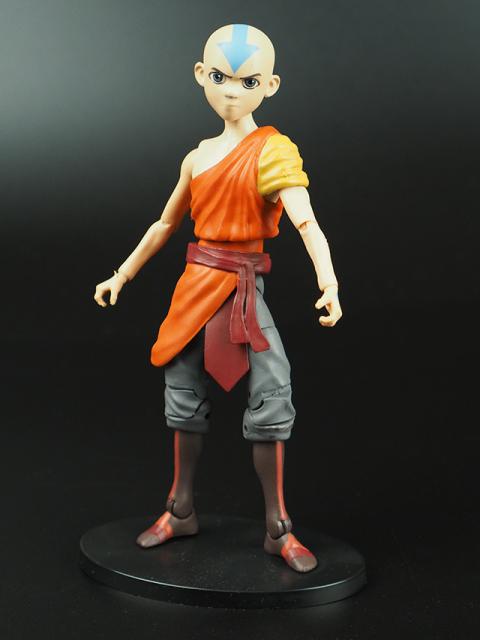 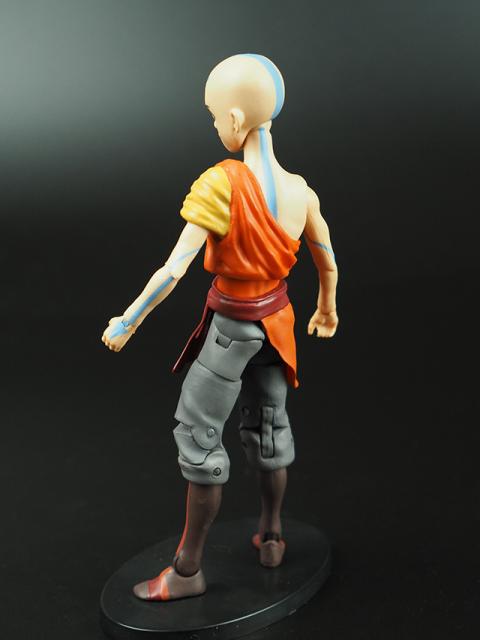 Due to the thickness of the outer layer of the outfit, some artiulation is limited. You can't do a lot with his right leg, or his left arm, because the rubbery plastic inhibits movement. Still, there's a lot you can do. 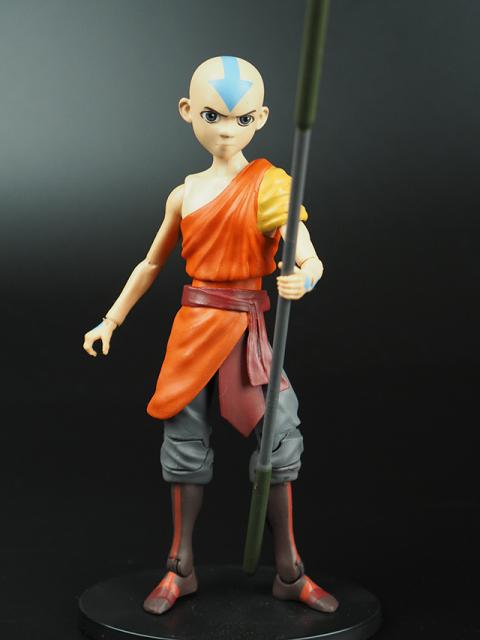 He can grab onto the staff with one or both hands. Aang has a very determined look on his face! 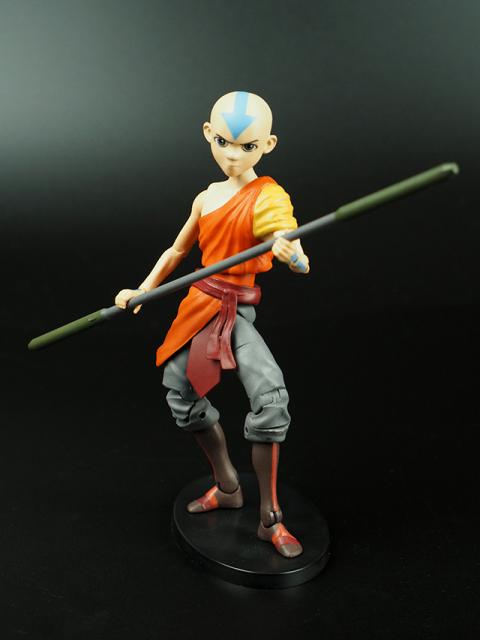 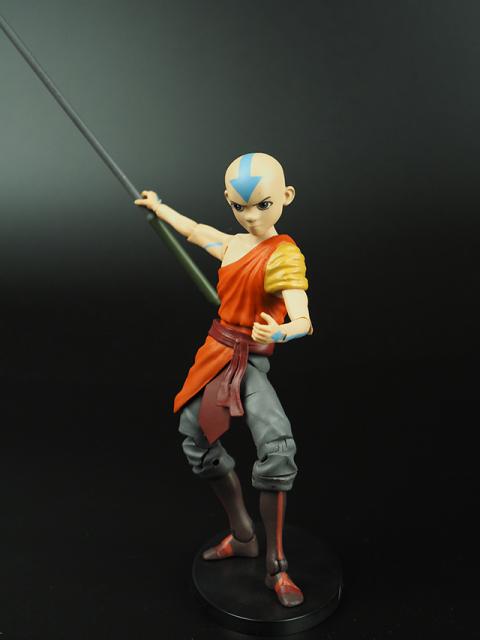 If you've handled a Diamond Select toy, you know what to expect here, but I am really impressed by the sculpt and paint on this figure. Aangs likeness is spot-on and the figure is flawless in terms of quality. 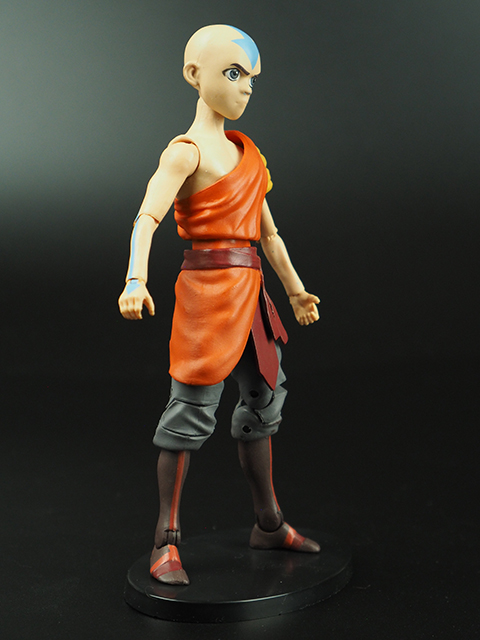 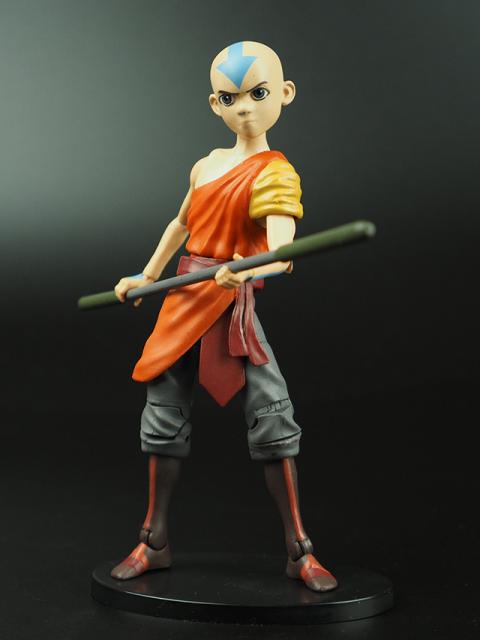