Deep One is a new type of box-transformer, a niche type that 52 Toys has carved out for itself. With all of the "box" toys (Beast and Mega) the idea is that they all fold down into compact cubes that can stack in their containers for easy storage. Normally these boxes are self-contained, but 52 Toys has recently branched out to combiners that take 2 boxes and combine them to larger, more complex forms.

This one is called Deep One, and consists of two submarines that combine into a robot. However, it's much more intricate and involved than that.

This toy first came on my radar because I heard MechaZone was doing the art of the package. As you can see, it's awesome. 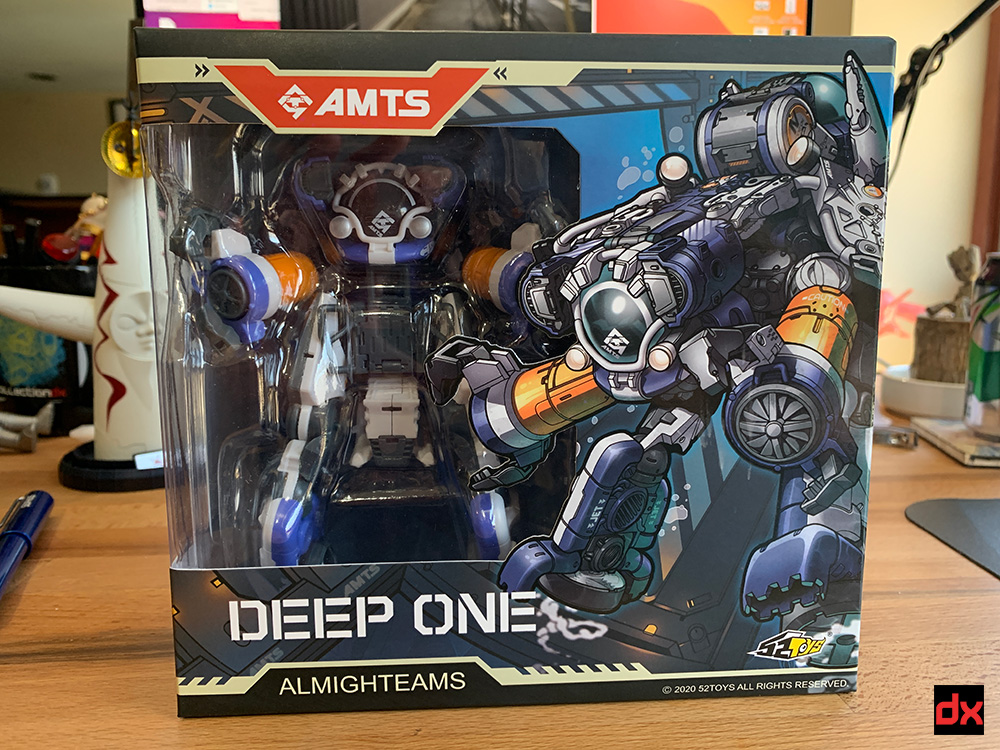 I have no idea what the "AMTS" or "ALMIGHTEAMS" stands for. Maybe a faction of some sort? 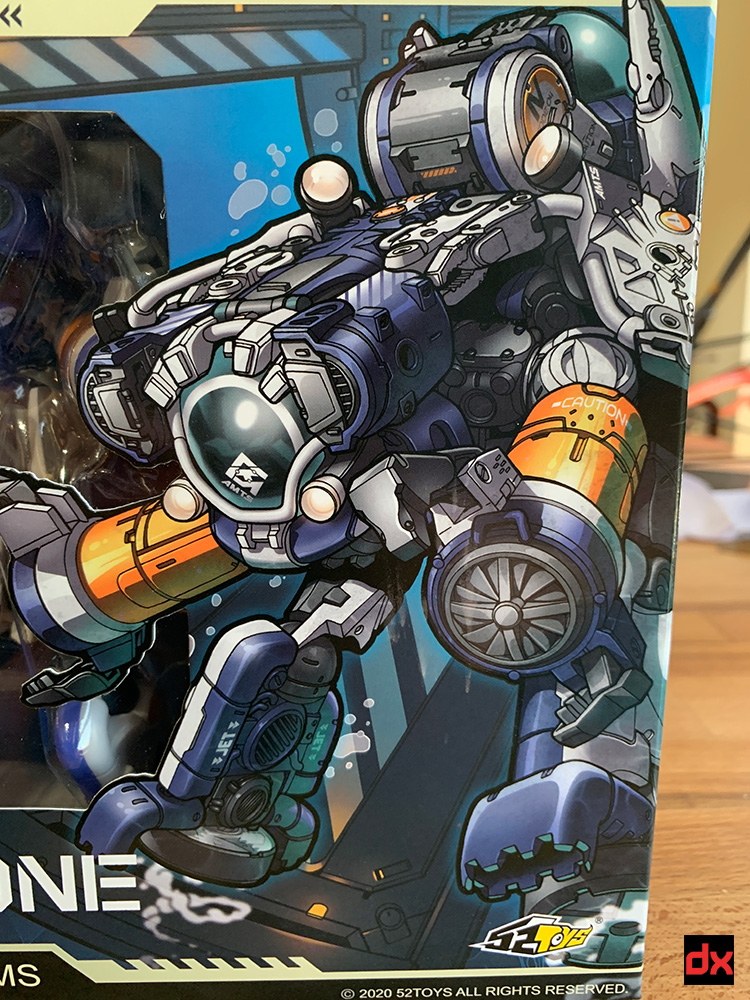 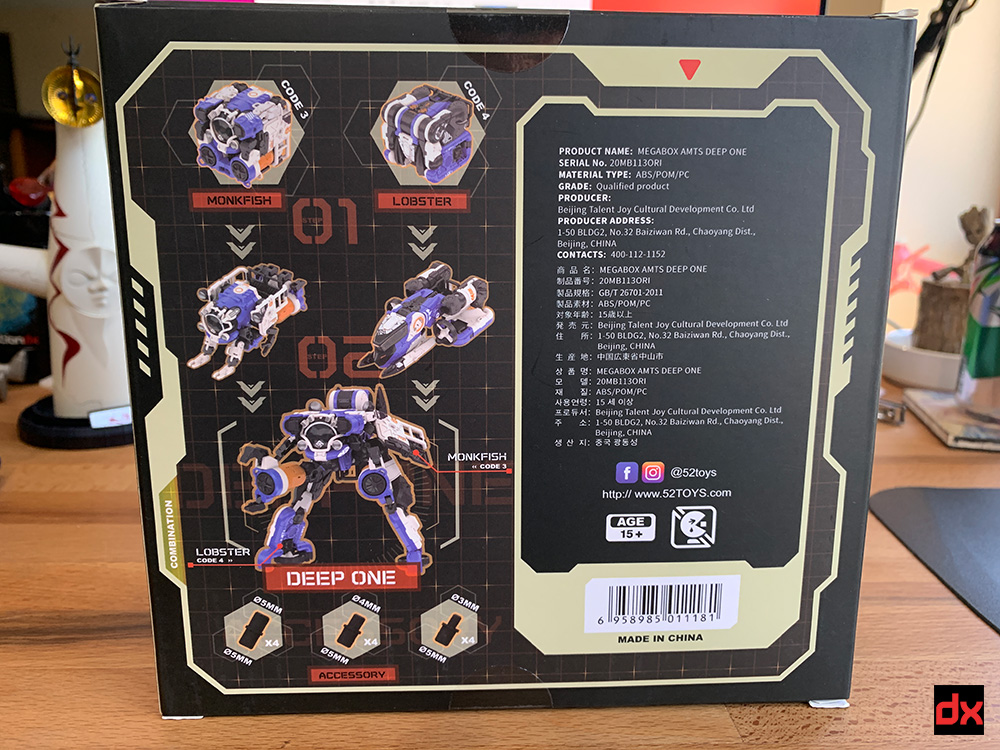 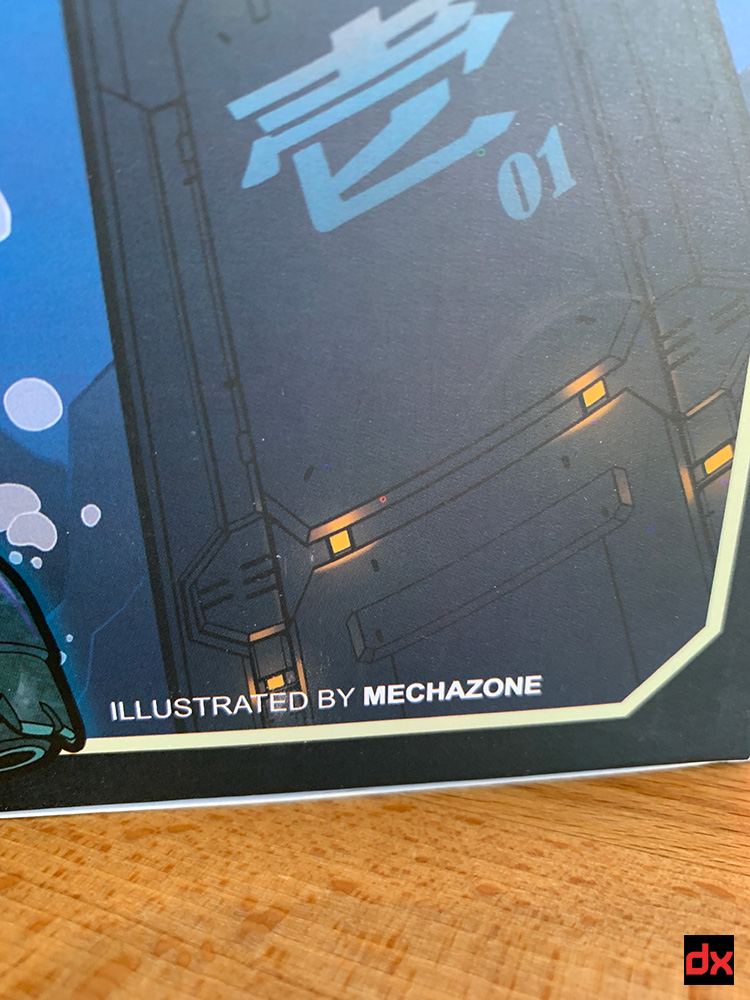 Somehow in my review I neglected to take photos of the box modes, or the cool transparent cubes they come with. Watch the video below to see them in action, but essentially the cubes act as storage for the boxes. They can connect with each other vertically or horizontally, and they have easy-access doors in the front.

Once unfolded, you are presented with two deep-sea vehicles. Monkfish (Code 3) and Lobster (Code 4).

Monkfish is your more traditional submersible, with the domed cockpit in the front, and articulated arms. 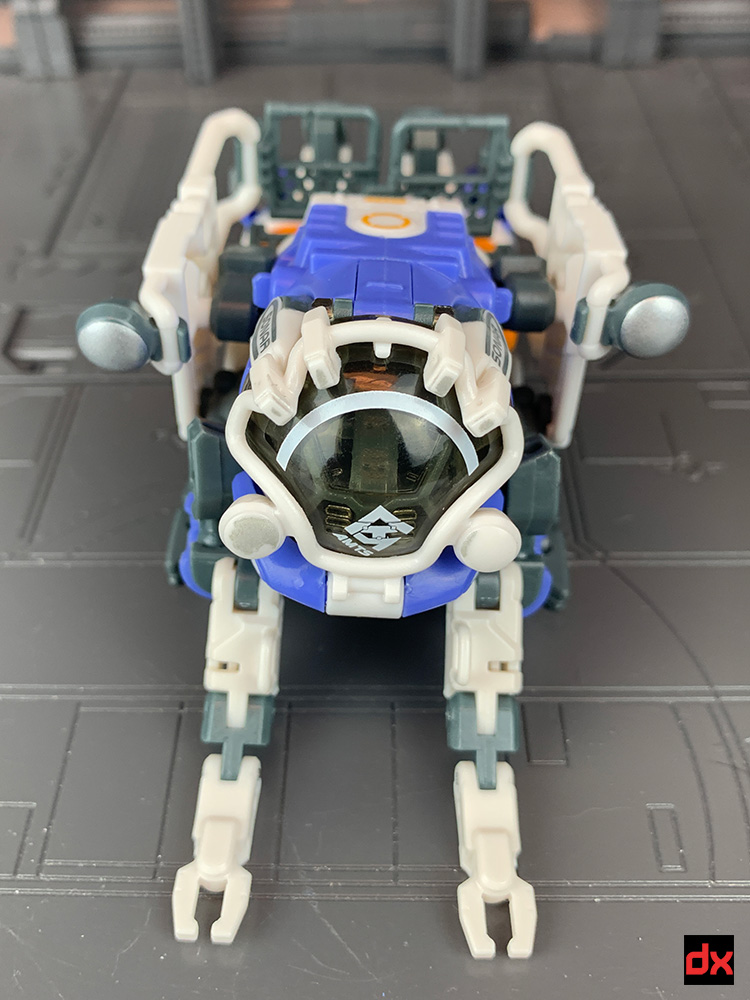 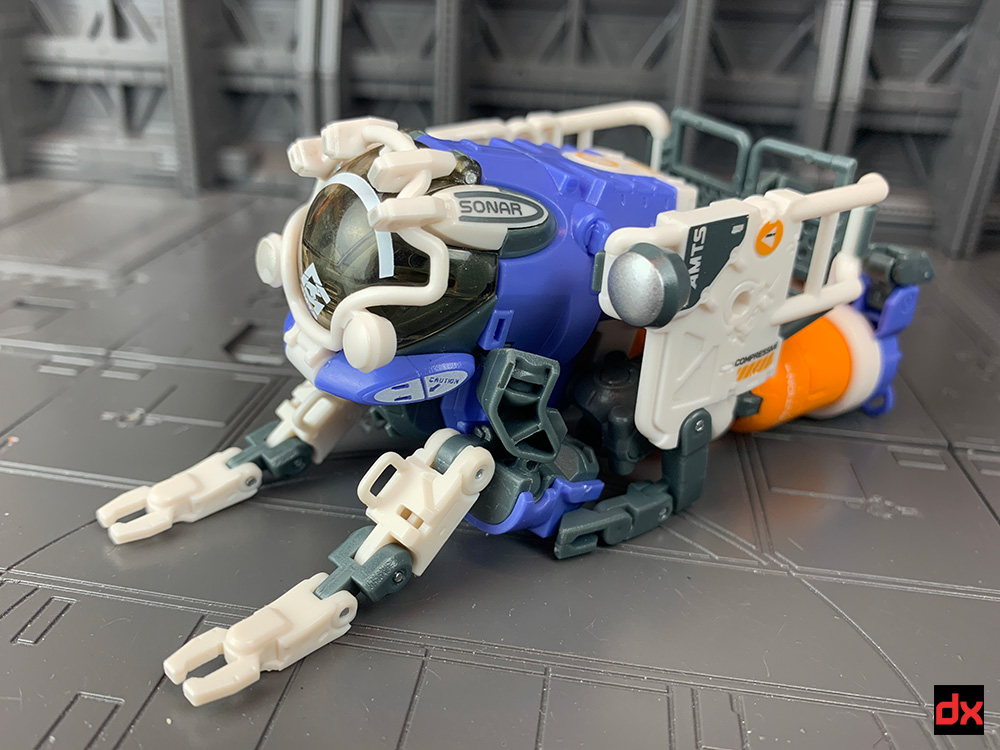 In a contrast to the rest of the toy, Monkfish is difficult to get "just right". Sure, there are pegs and connectors everywhere, but getting that back basket to stay in place, and getting the tanks below in the correct position can take a while, and none of those parts tab together in this mode, at least not in a way that I can see. While the claws on the front are fixed, the ones on the side are articulated. 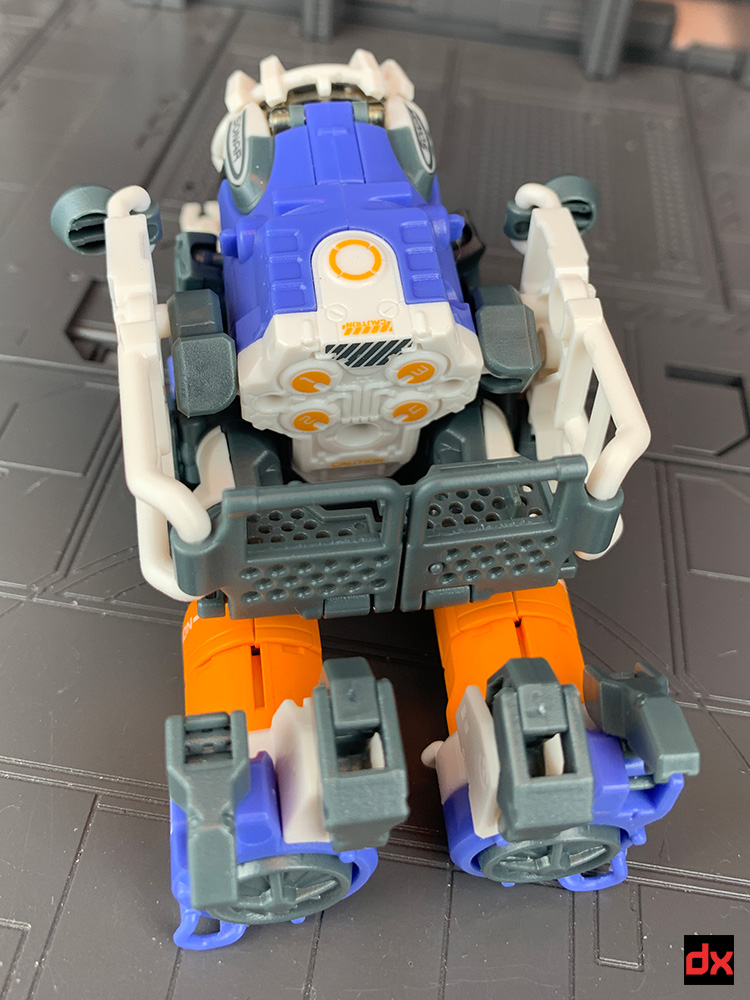 The cockpit opens and slides out to reveal a Diaclone-compatible figure seat. 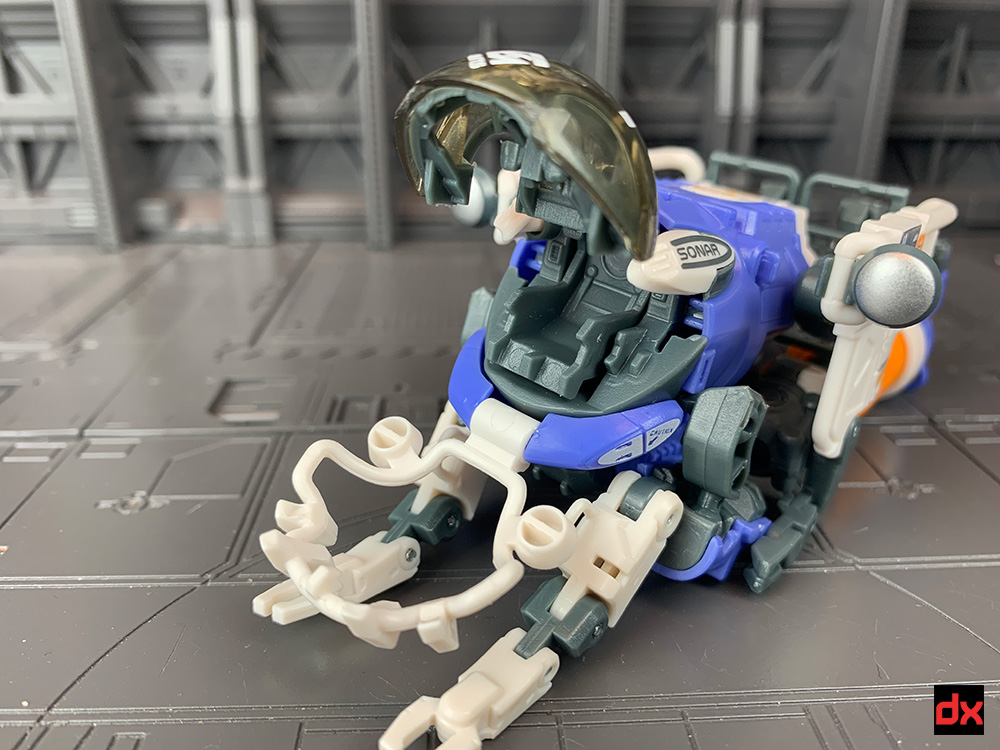 Lobster is a more futuristic looking vehicle, but it is cool nonetheless. Neither look like their namesakes, but who cares. 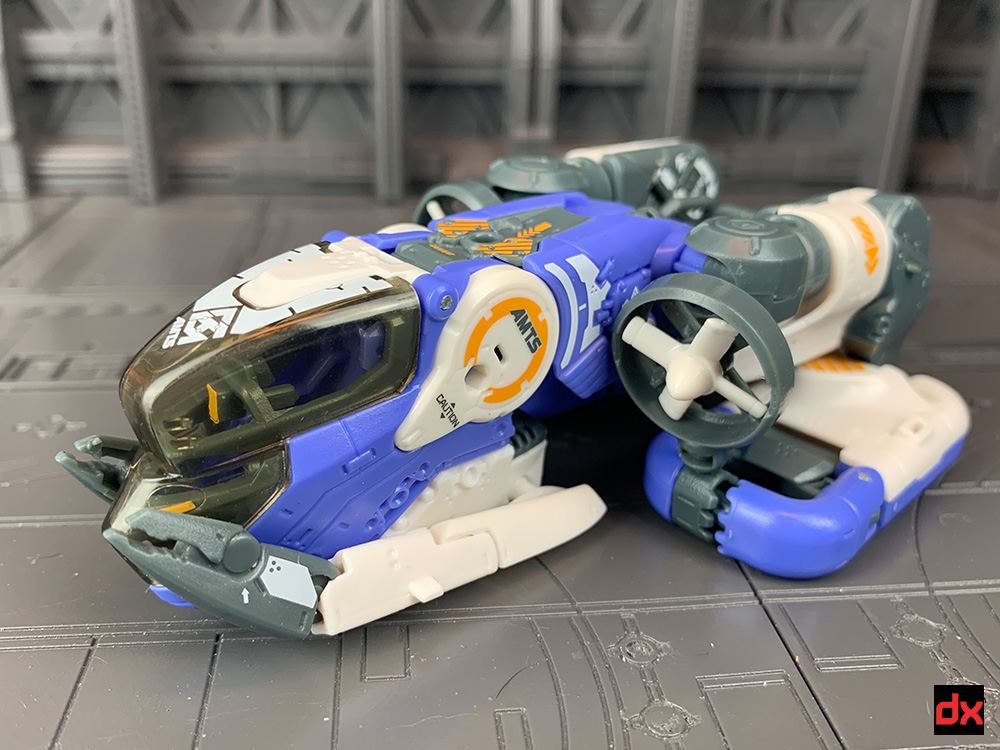 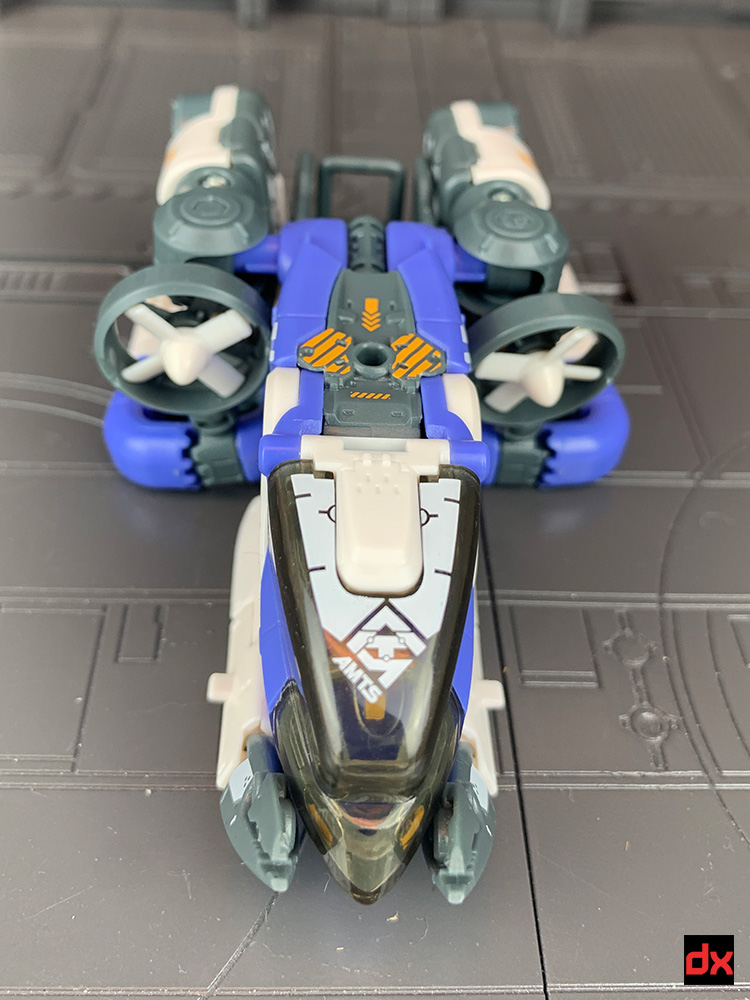 This one also features an opening cockpit. The fans spin, but the claws do not open. 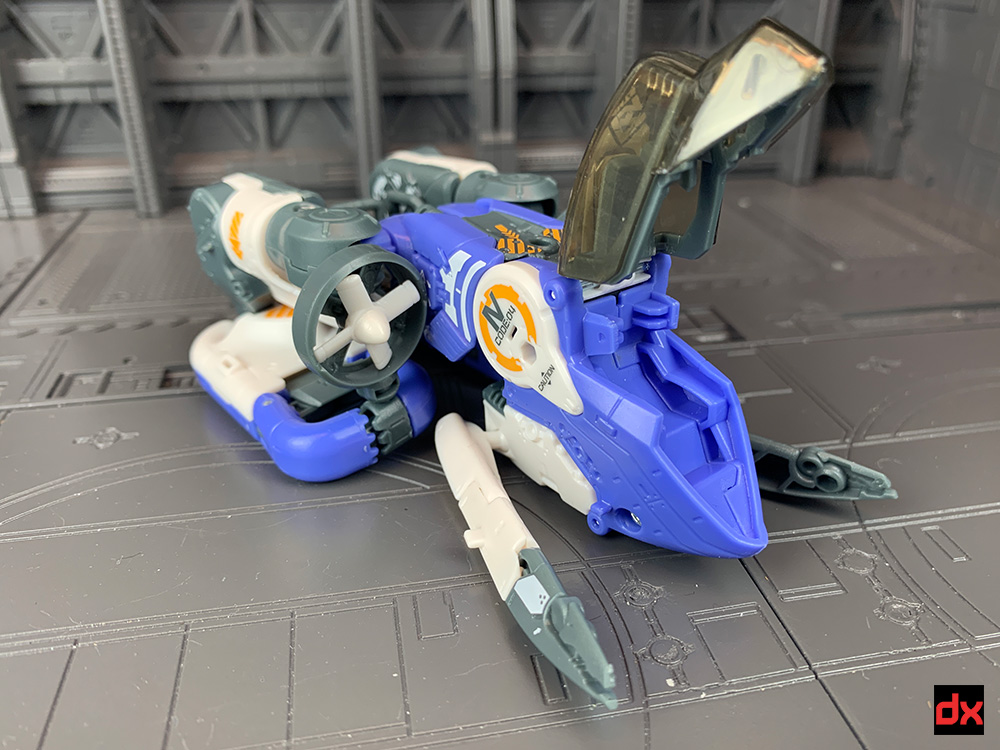 The individual components are fine, but I got these because they COMBINE INTO A ROBOT.

A few twists and turns and Monkfish becomes the top part, and Lobster becomes the bottom part. Watch the video for details.

This mode is achieved by connecting the parts via the connector hole at the BOTTOM of Monkfish. 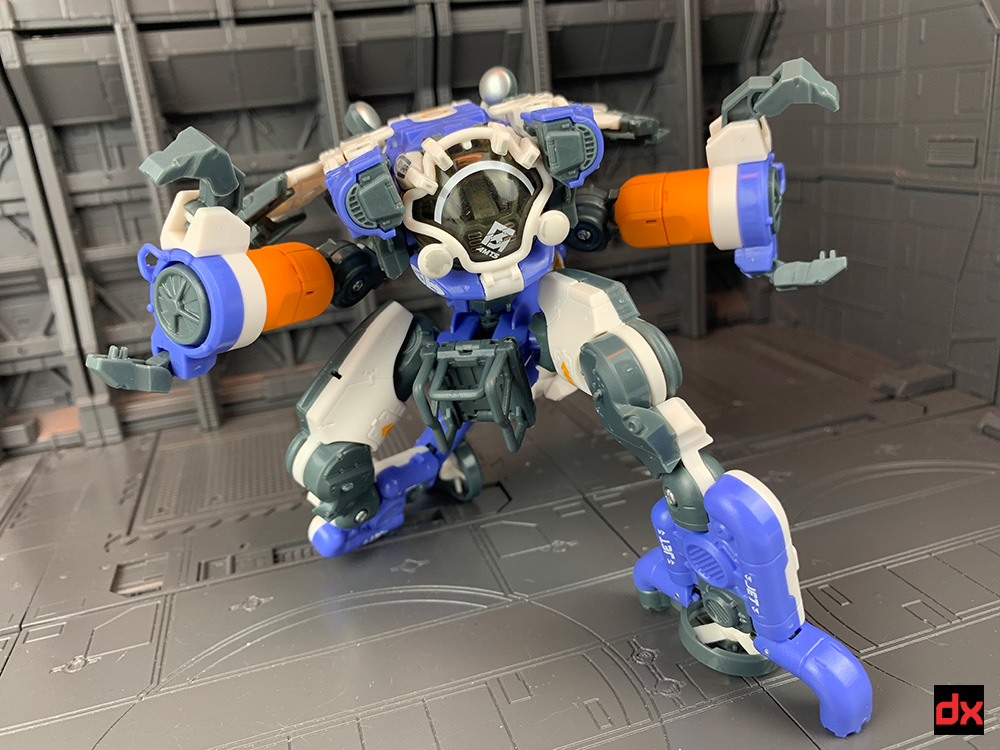 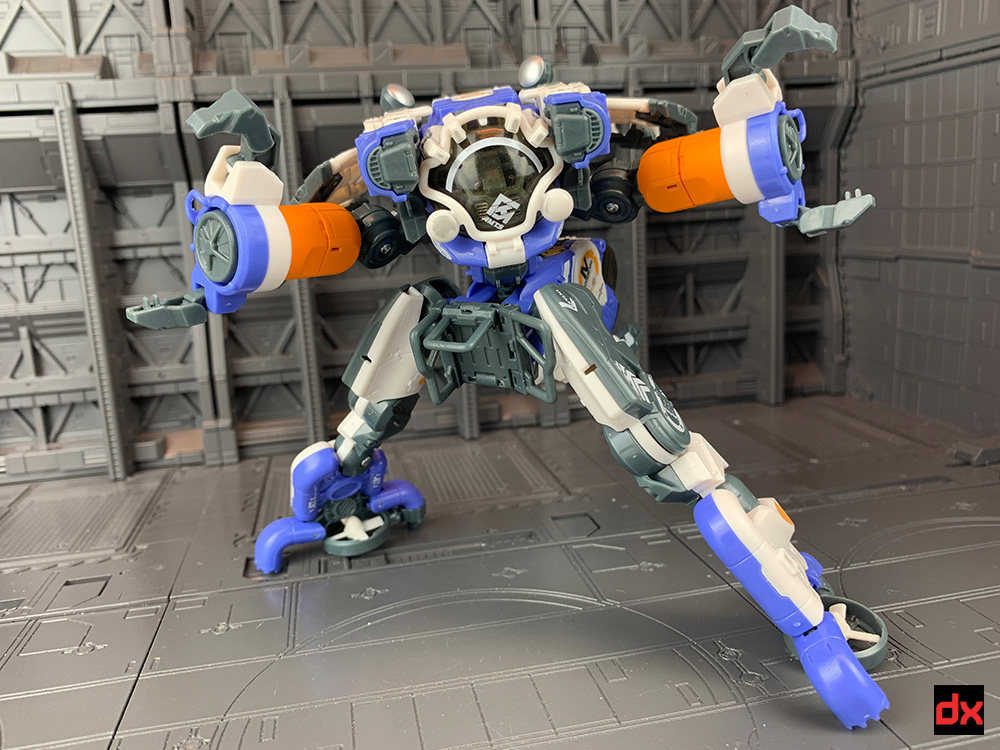 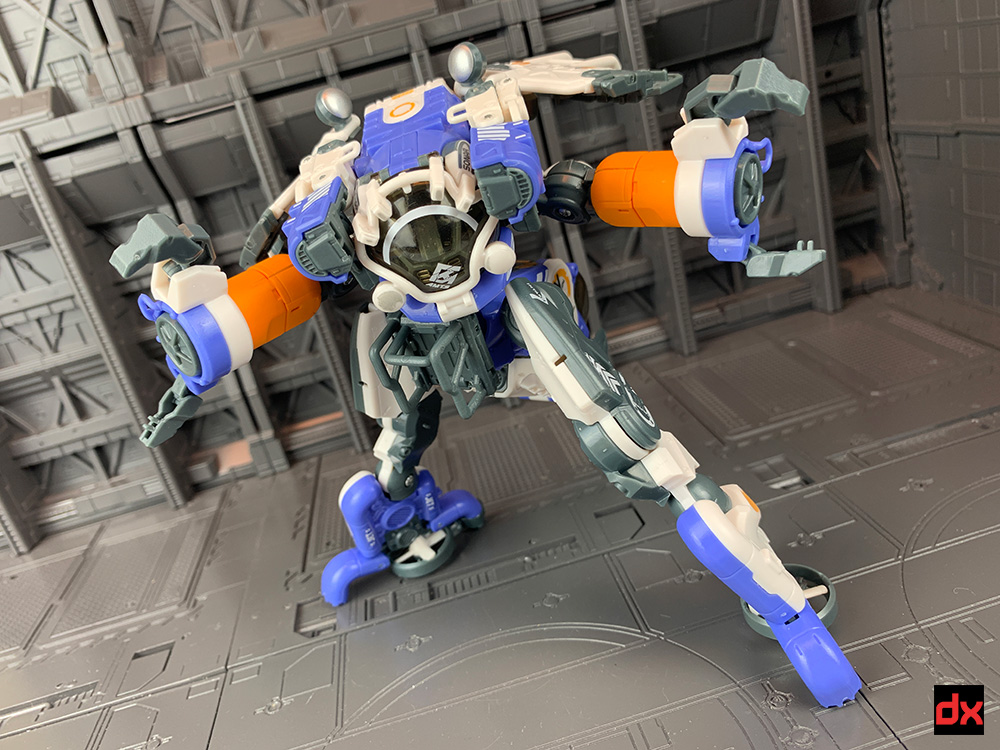 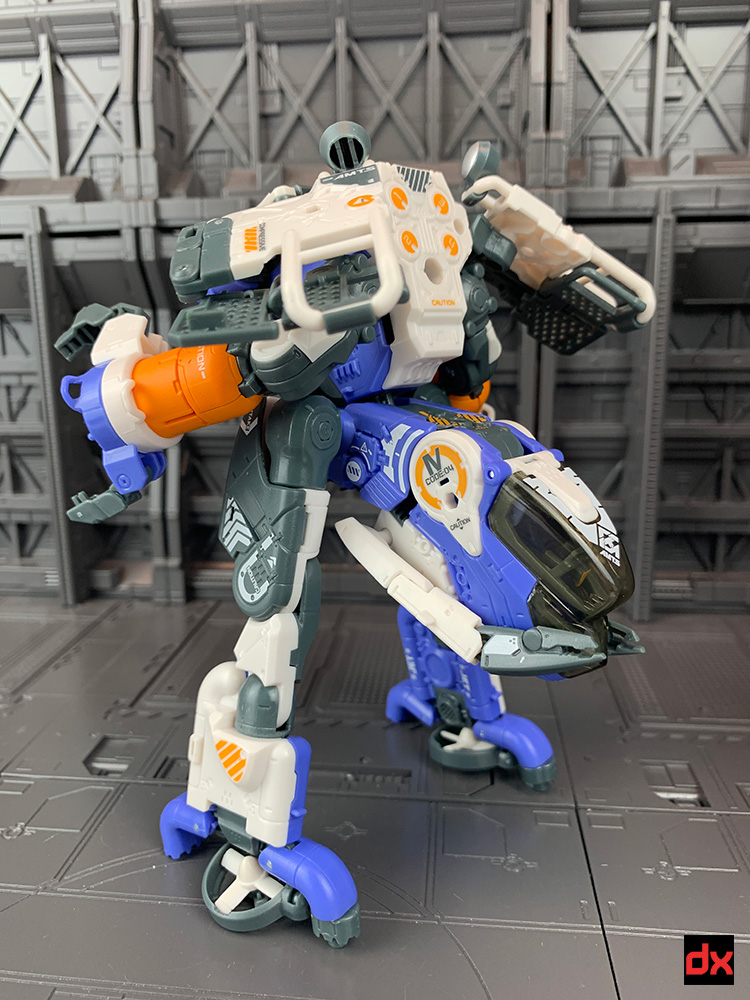 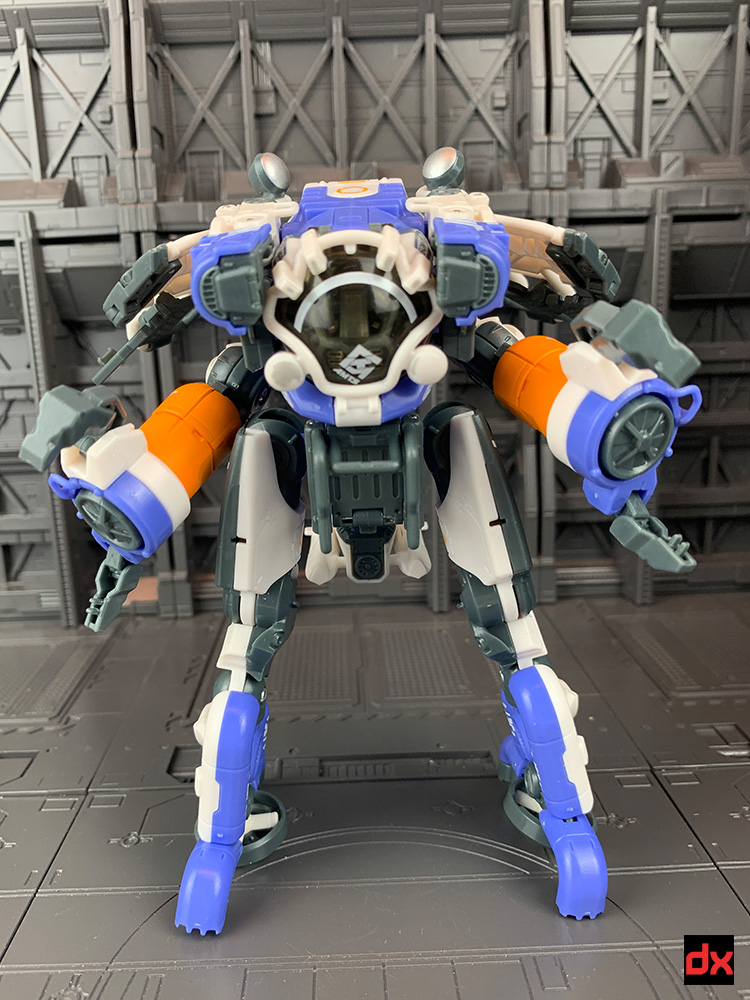 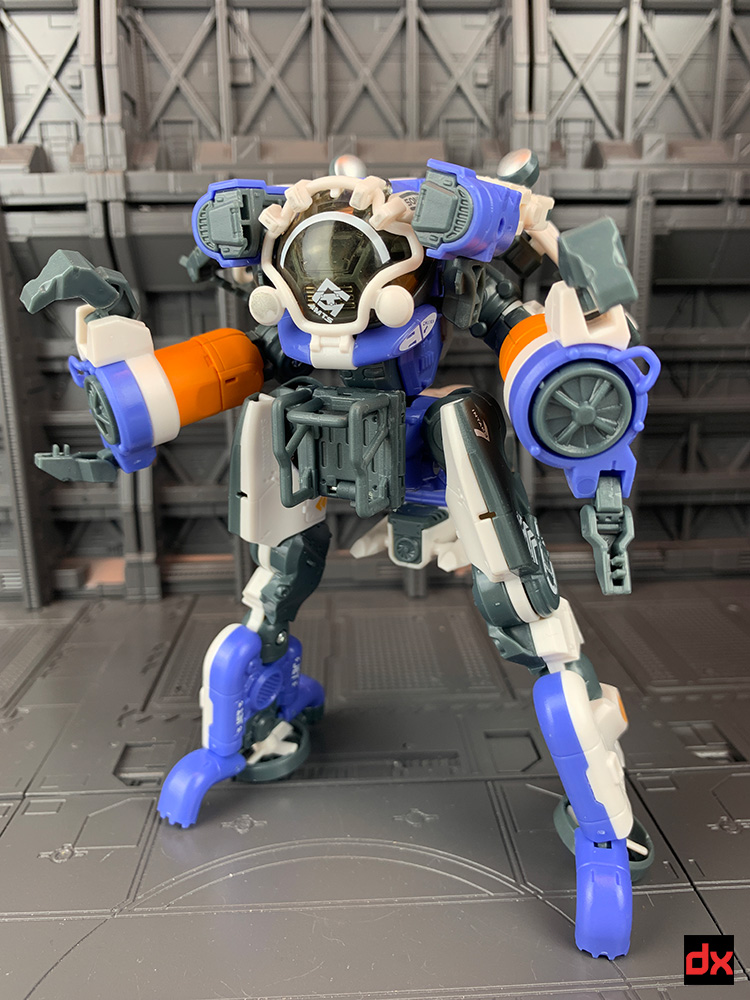 You can see here how wonderfully a Dianaut figure fits in either cockpit. 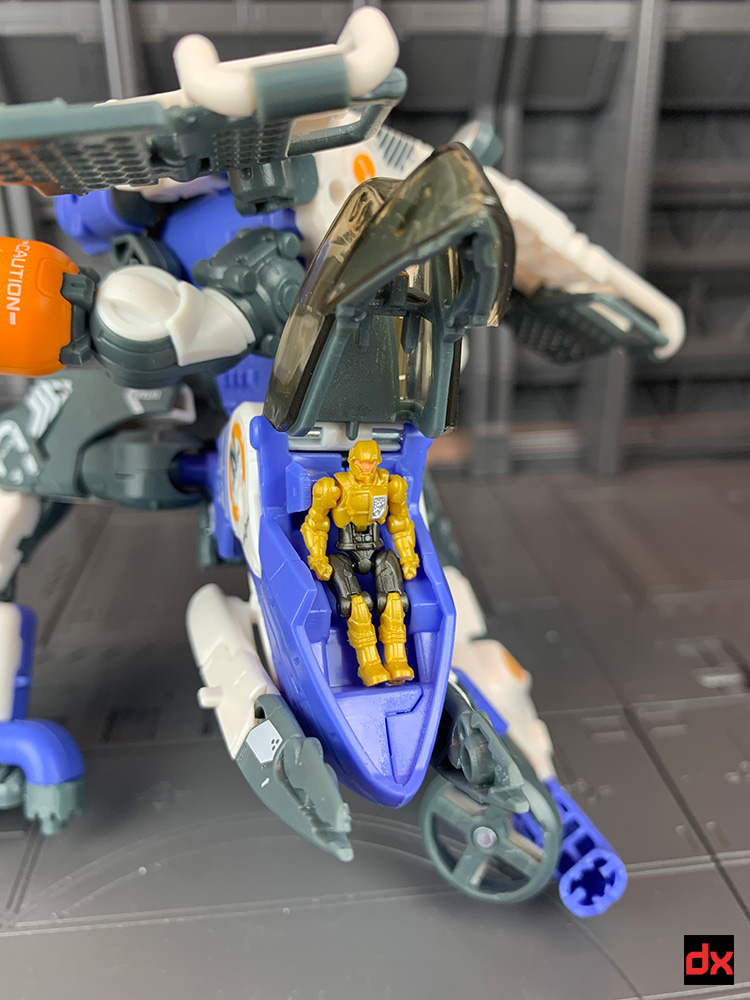 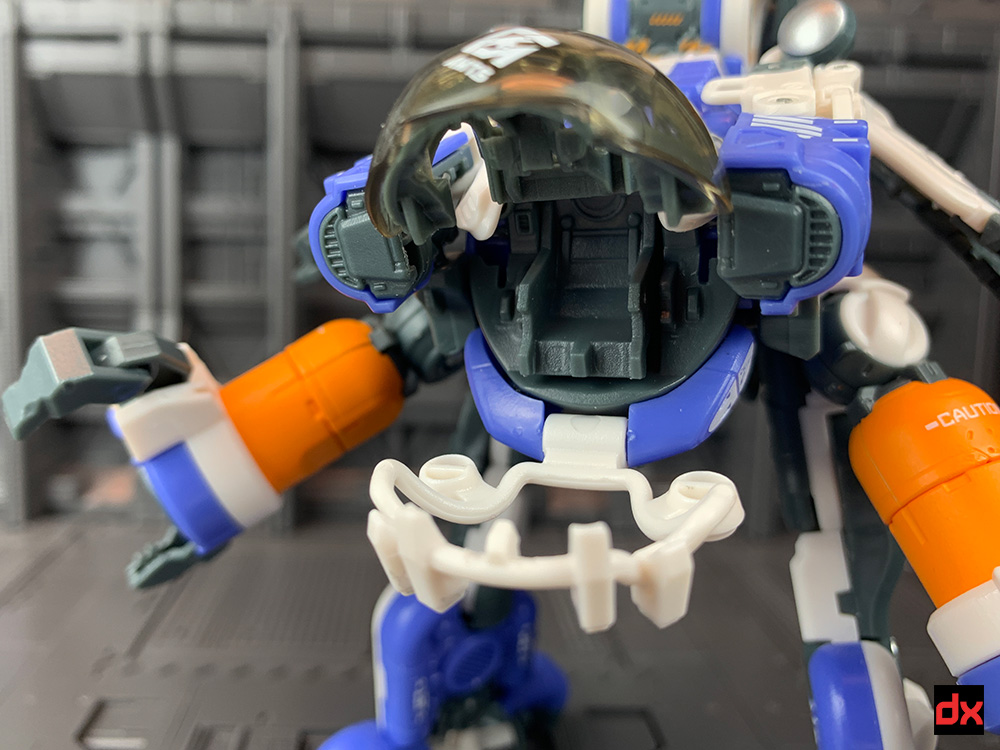 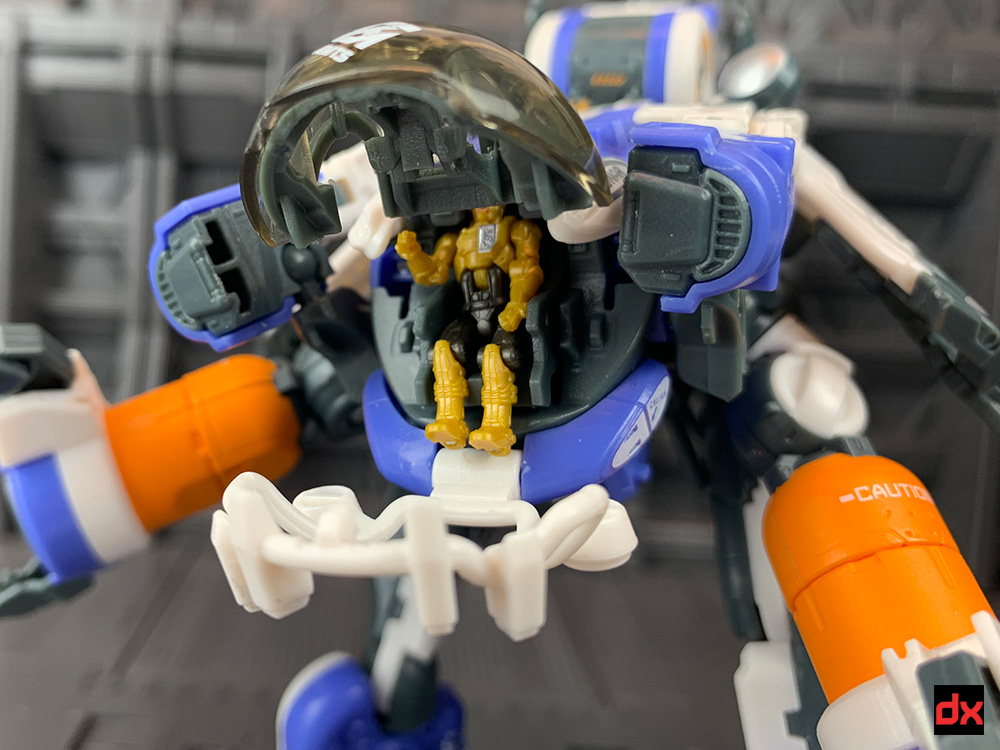 The box art mode is achieved by connecting Lobster to the BACK connection point on Monkfish, and moving a few bits around. This feels more like a Gerwalk mode where the other would be a Valkyrie mode, if you get my analogy. 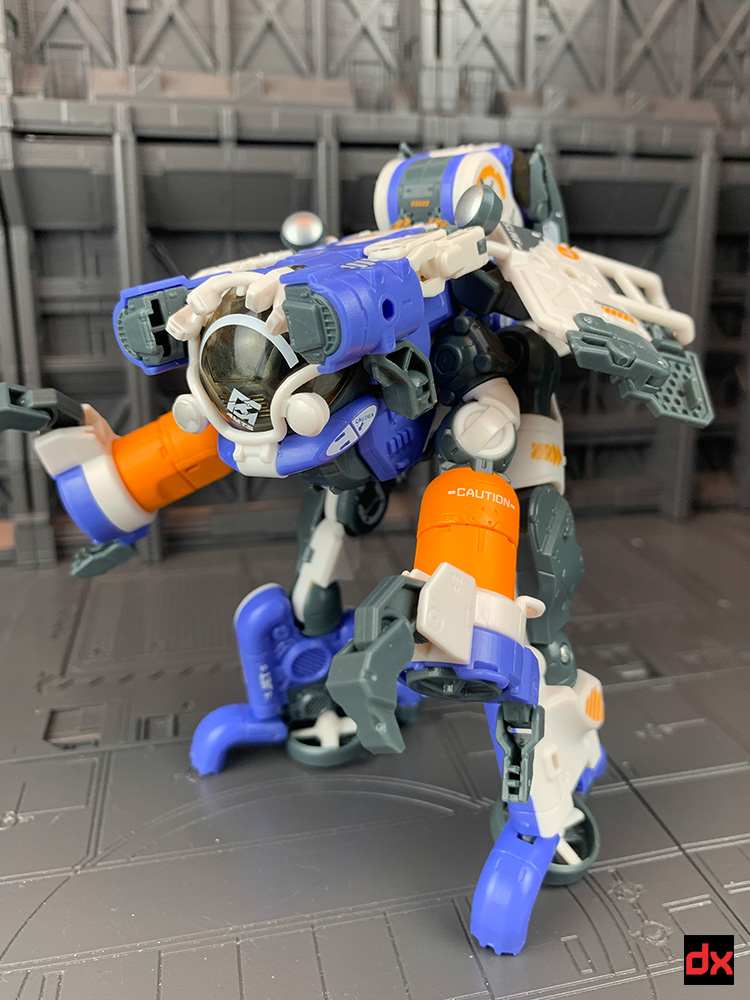 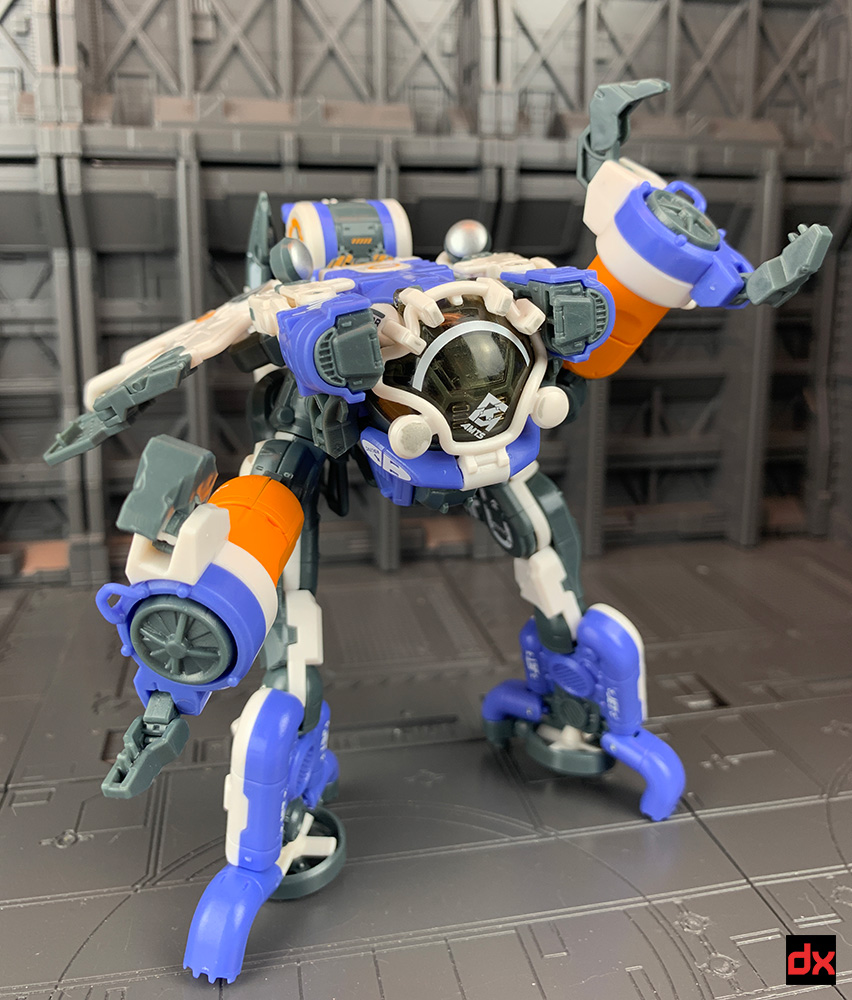 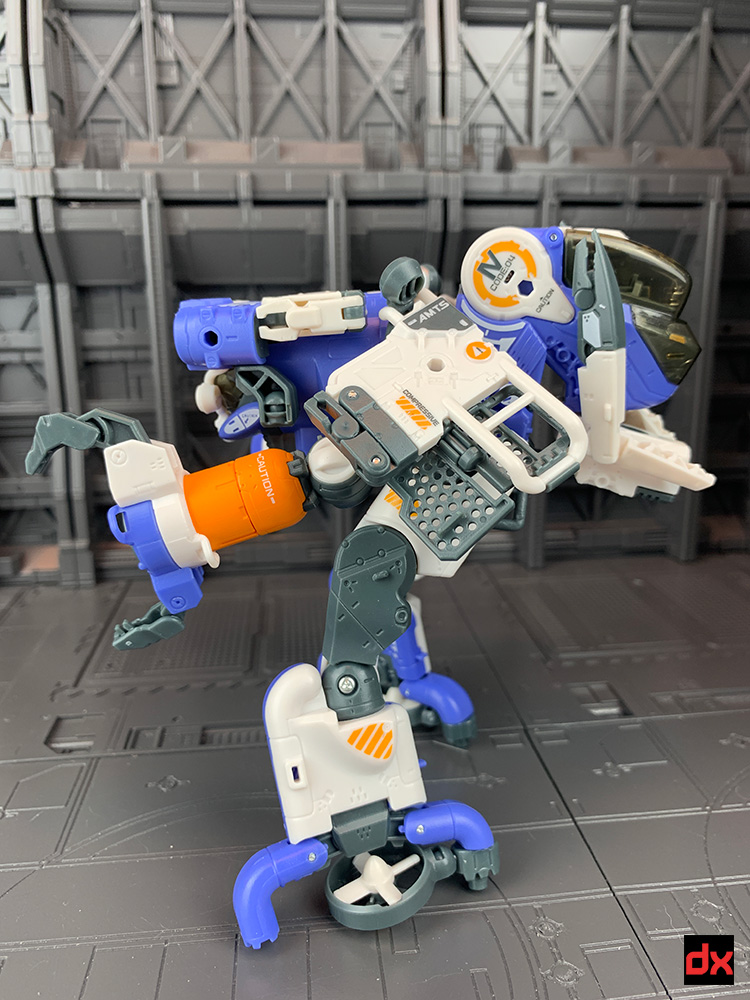 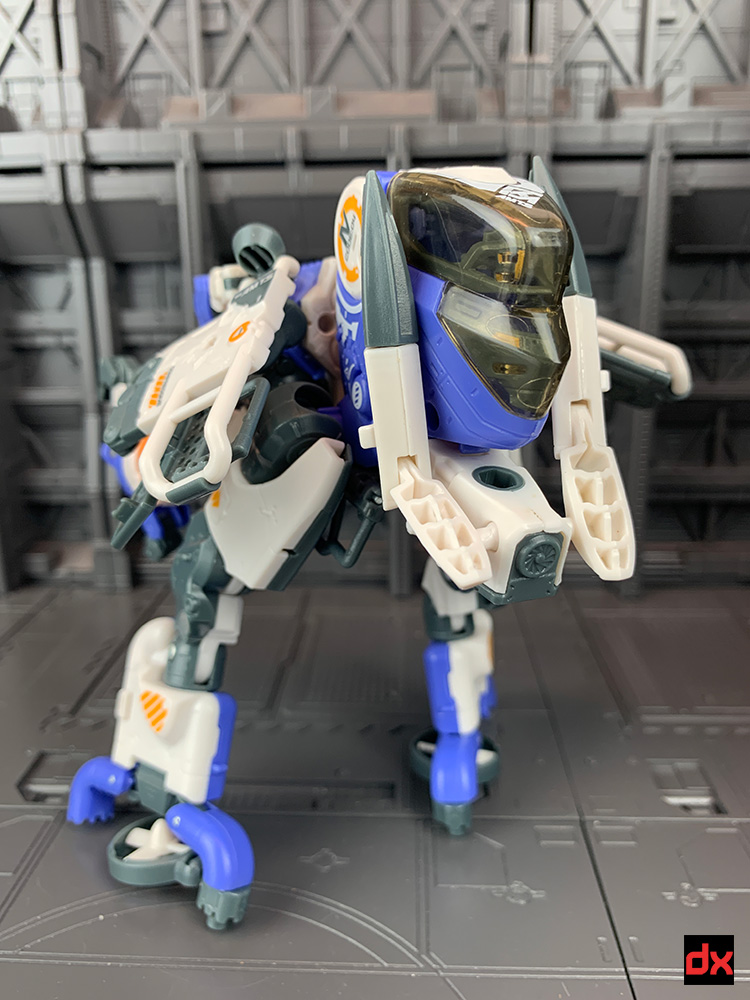 So yeah, this thing is AWESOME, and I had a ton of fun with it. It totally sold me on the idea of these box combiners and I am all-in for more of them.