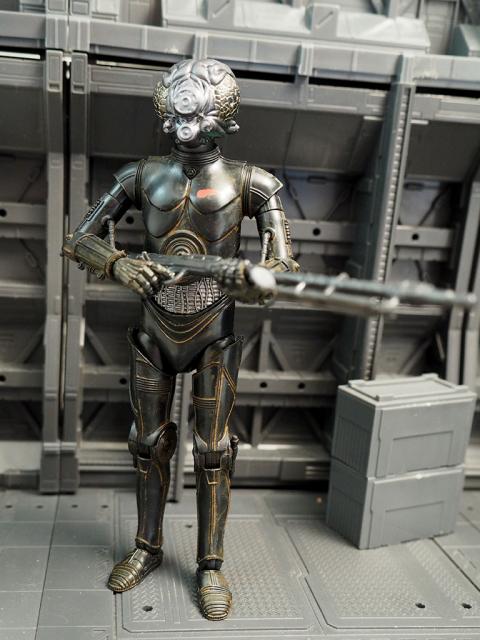 I was so excited when they announced 4-LOM for the 6-inch Black Series as he is one of my favorite characters, mostly just because he looks cool. 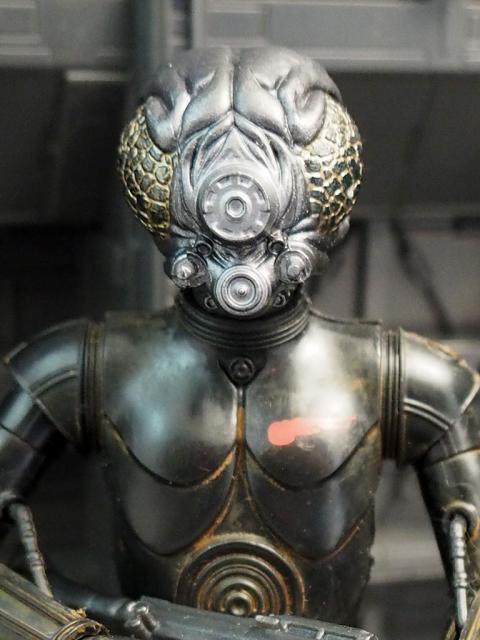 In the Star Wars universe, Protocol Droids have similar bodies,  but their heads are modified to resemble the species they serve. That's why C-3PO looks vaguely human, and that's why 4-LOM looks like a Gand, the same species Zuckuss is. But of course this is not just any protocol droid. This is a bounty hunter. 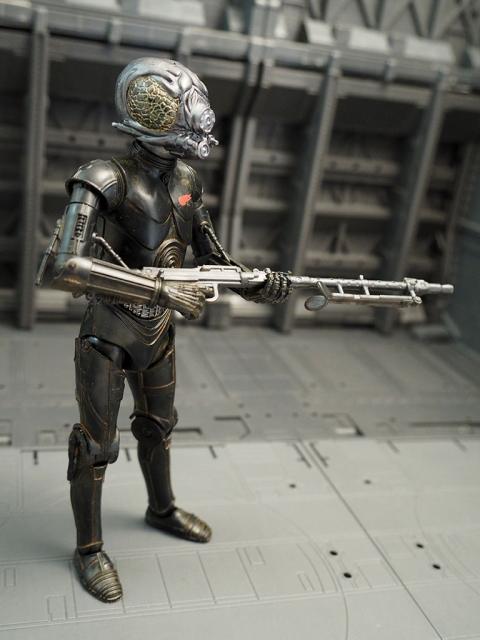 His only accessory is a DLT-19 Heavy Blaster Rifle. 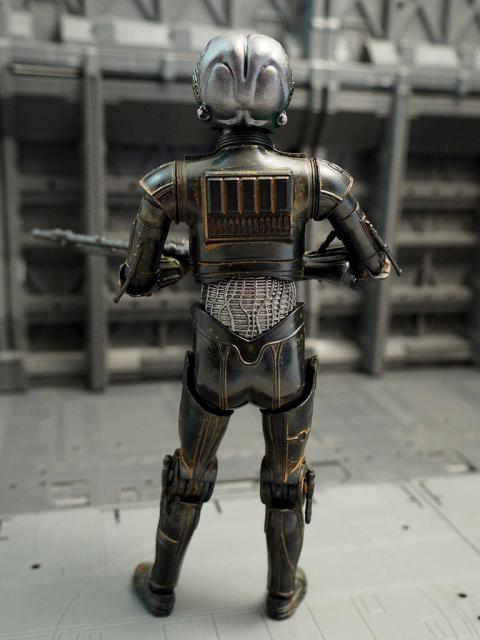 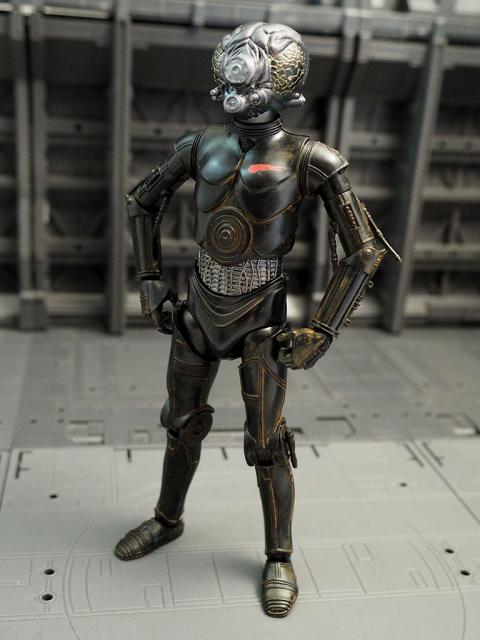 This figure is so great, and near perfect. The subtle wash really gives you a feel of age, that 4-LOM has seen some shit. In this scale you have room for more detail, like the swash of red paint on his chest. 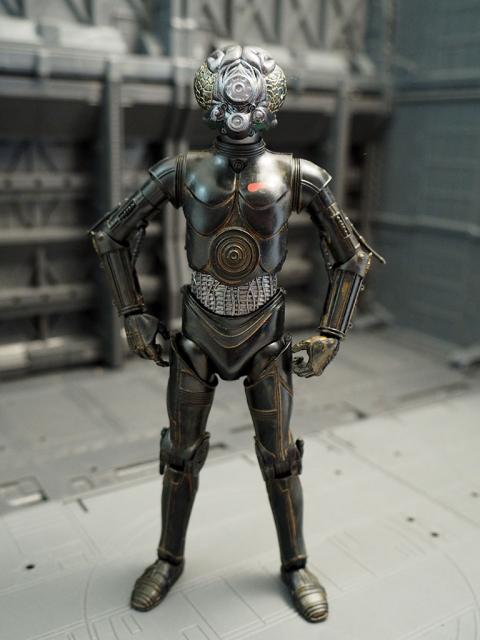 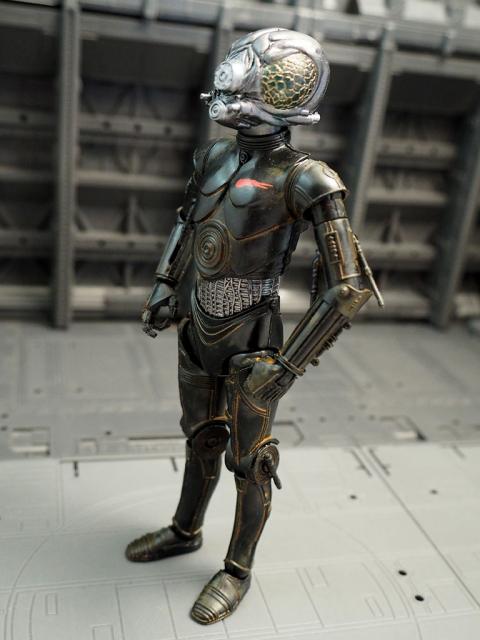 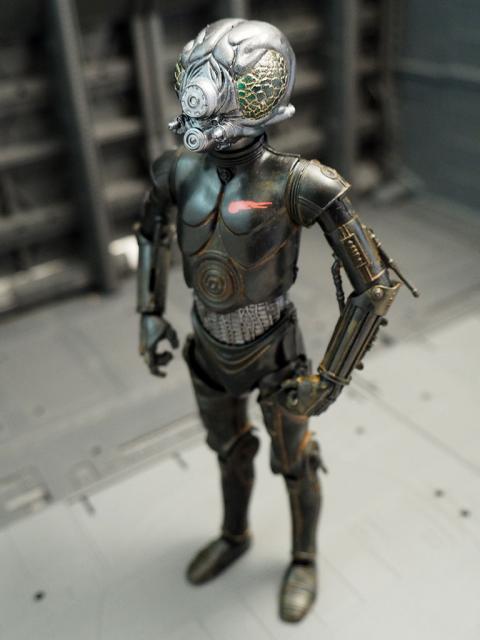 It may be a bit hard to see in these pictures, but the eyes on are actually molded in translucent green, so they can look like they glow a little in certain lights. 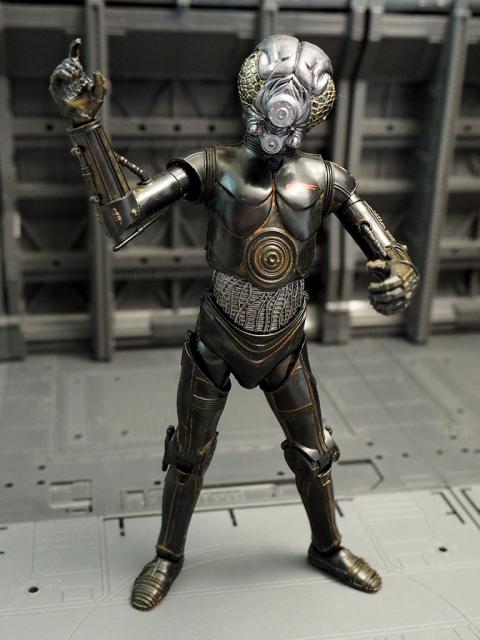 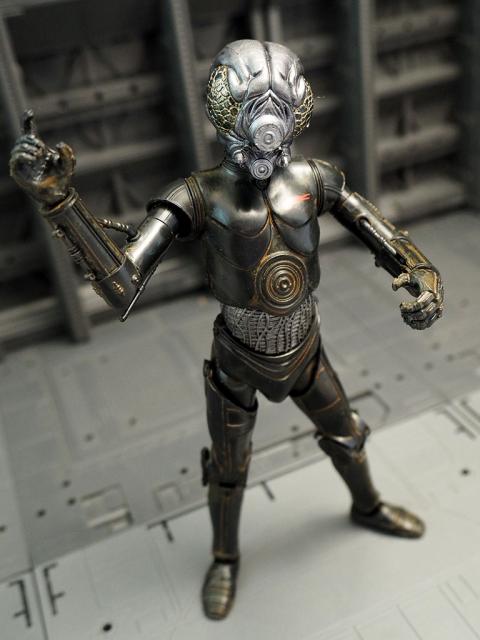 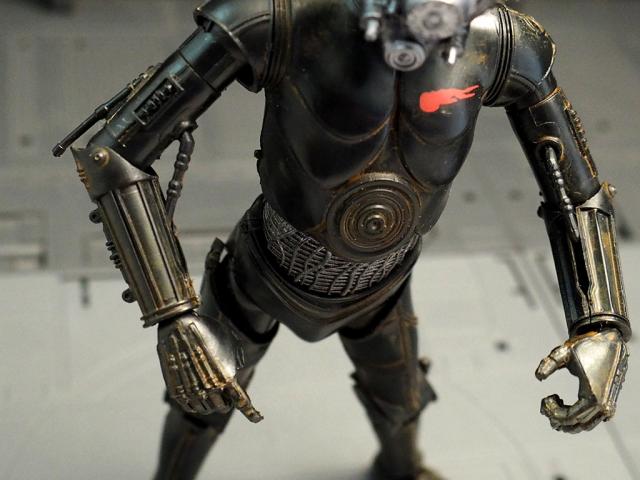 Articulation is limited - he is a Protocol Droid after all. But he has a pretty good range of motion. It's mostly the hips that keep you from more extreme poses. 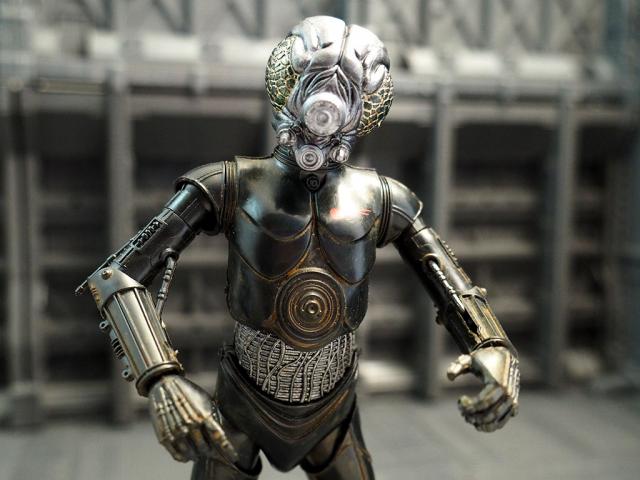 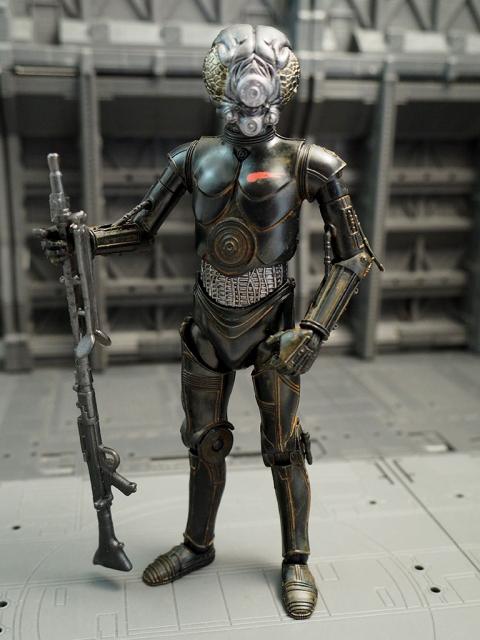 I think the only thing I would have done to improve this figure is add a bit more detail in the wiring in the stomach area. 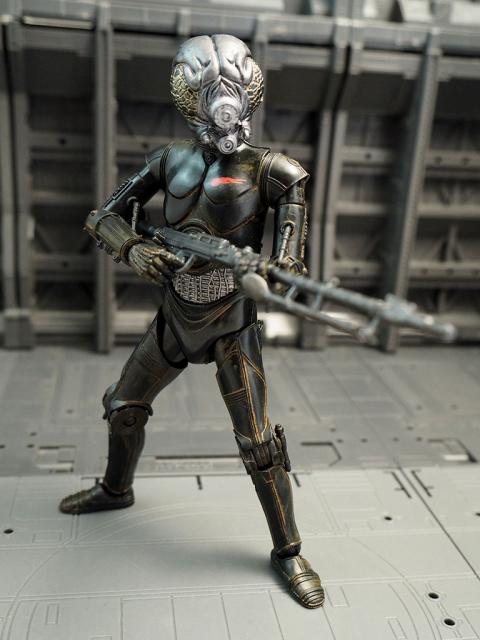 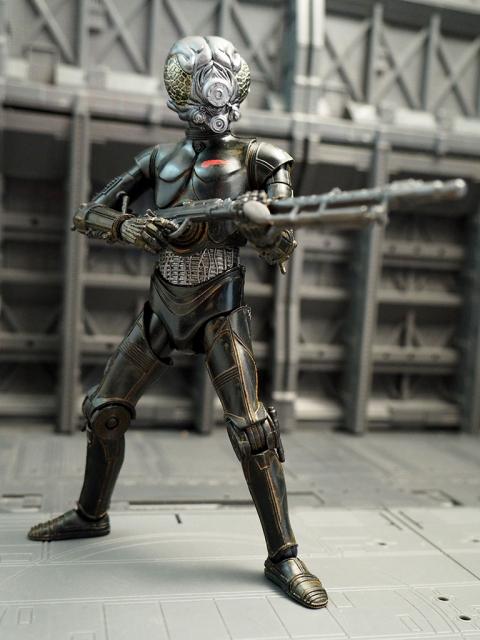 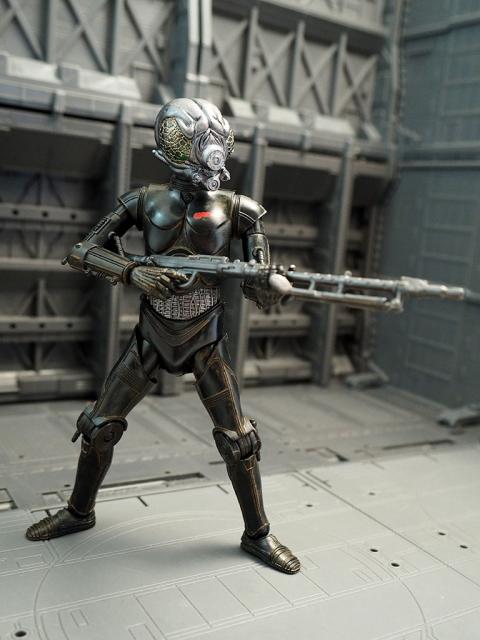 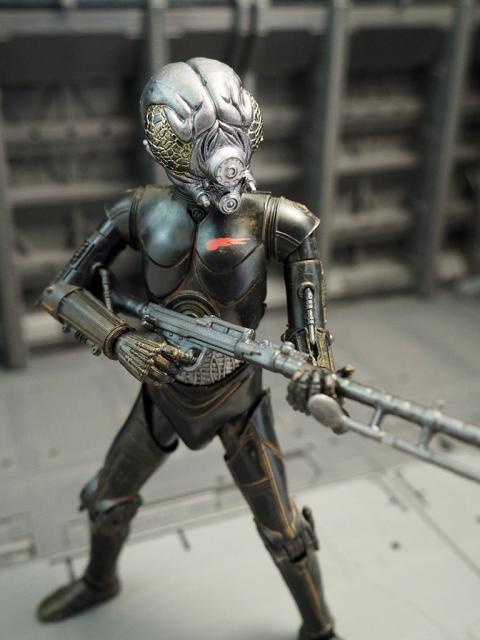