Mercy remains one of the most popular characters in Overwatch despite being the one to see some of the most radical changes to how she plays since the game’s launch. A combat medic with the ability to revive the recently deceased, she’s a solid contribution to any team, and her Nendoroid is a solid addition to any collection. 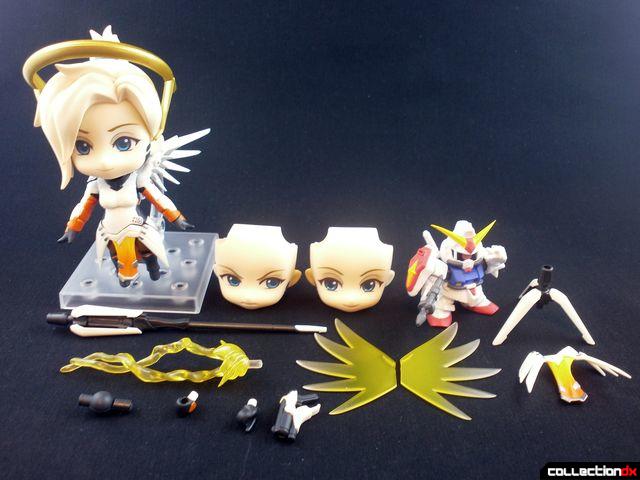 Besides the base figure, Mercy includes: 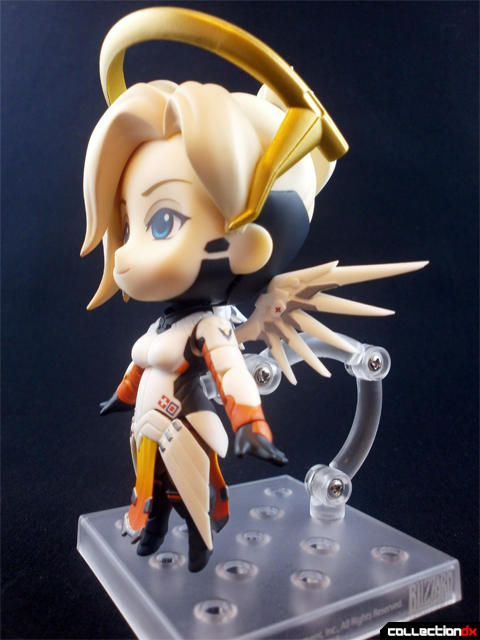 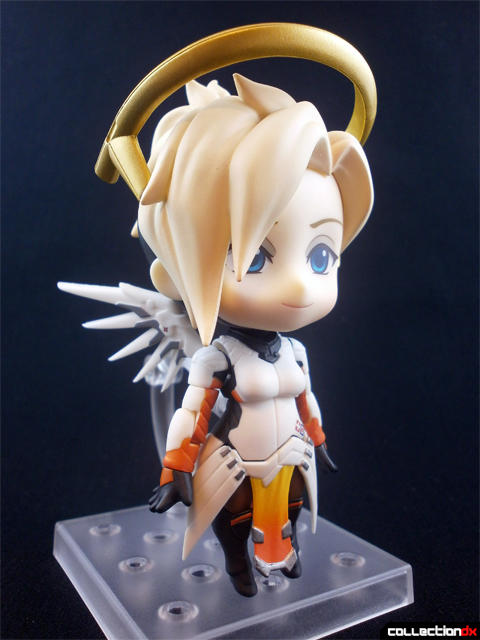 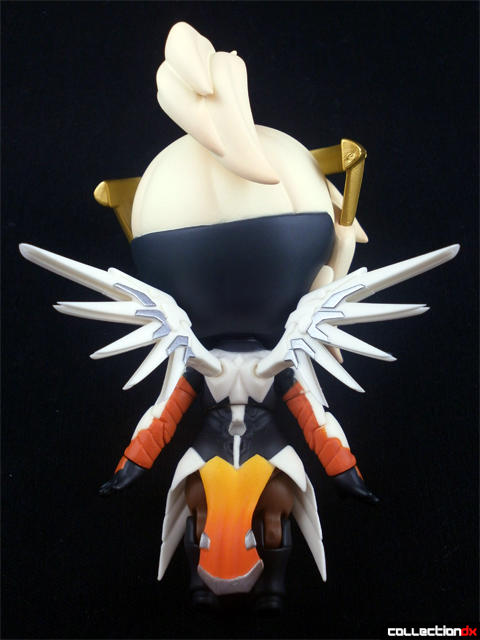 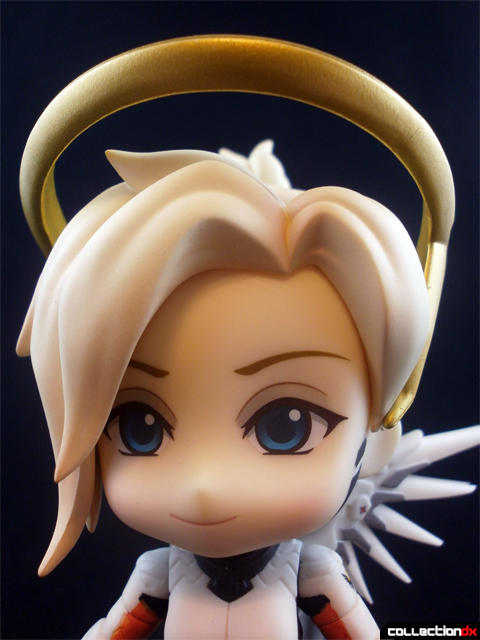 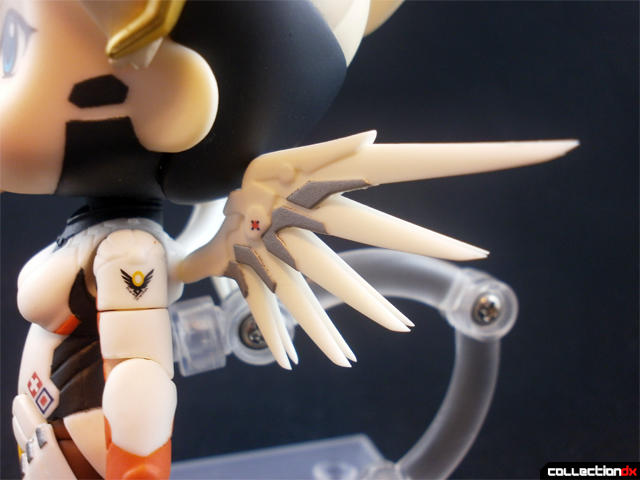 Mercy’s wings can be rotated and her articulation is top notch for a Nendoroid. 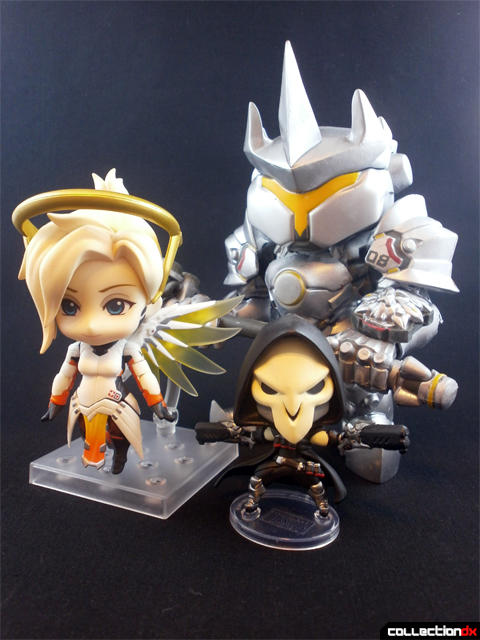 I’ve been meaning to show a Nendoroid in scale with other Overwatch collectibles for the last two reviews. Here she is with the large Funko Reinhardt and Reaper from the blind boxed Cute but Deadly series. 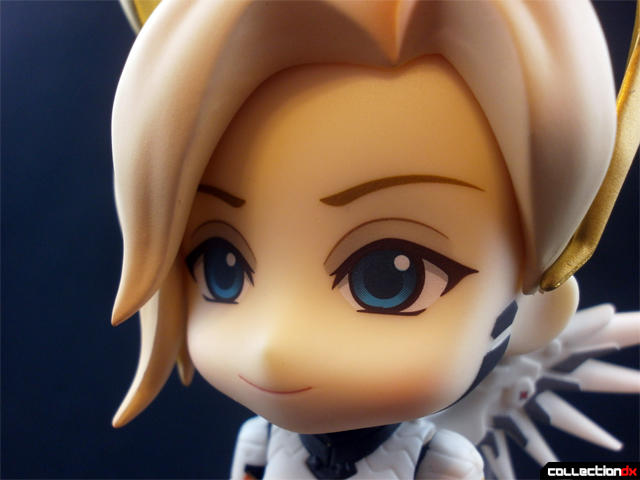 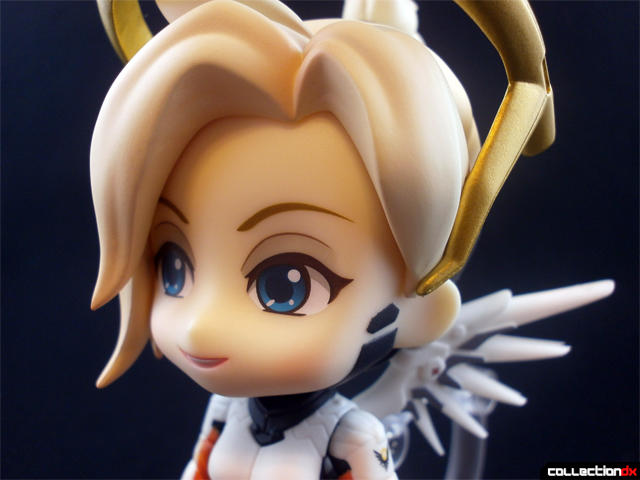 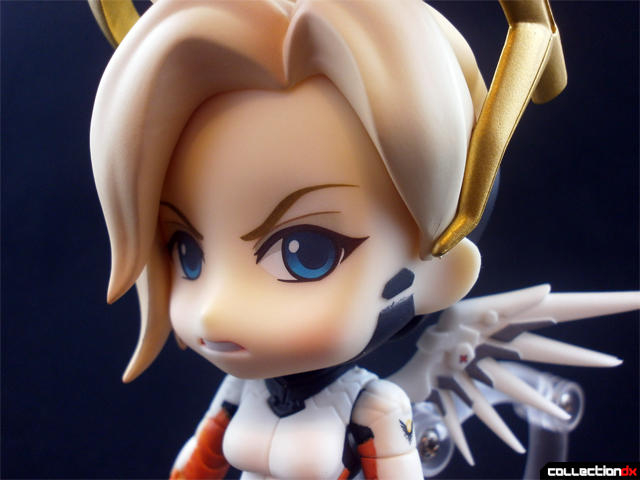 Mercy’s three face parts cover pretty much every emotion I’d want to put on her. 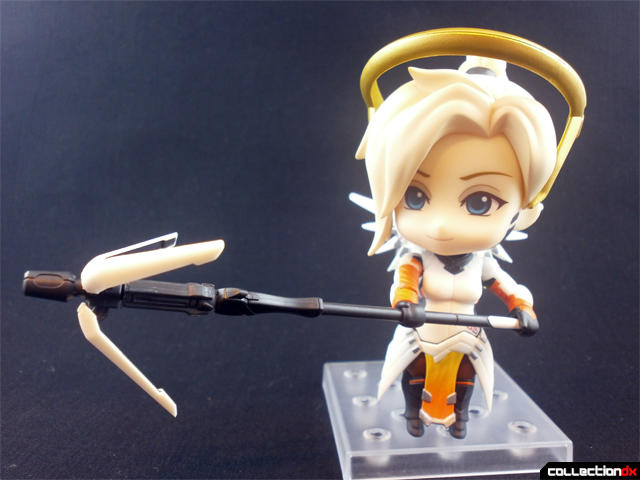 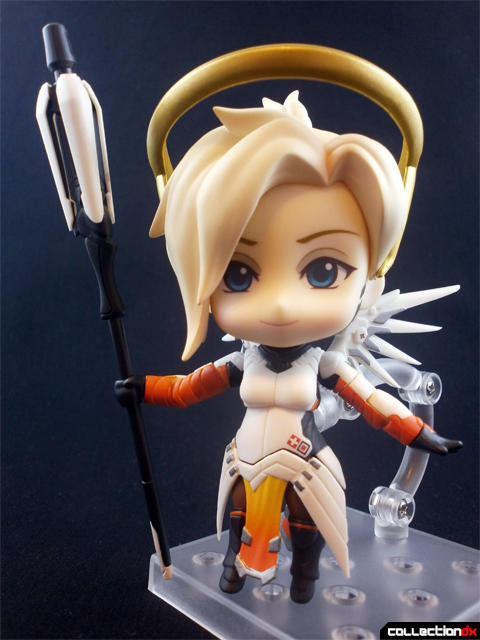 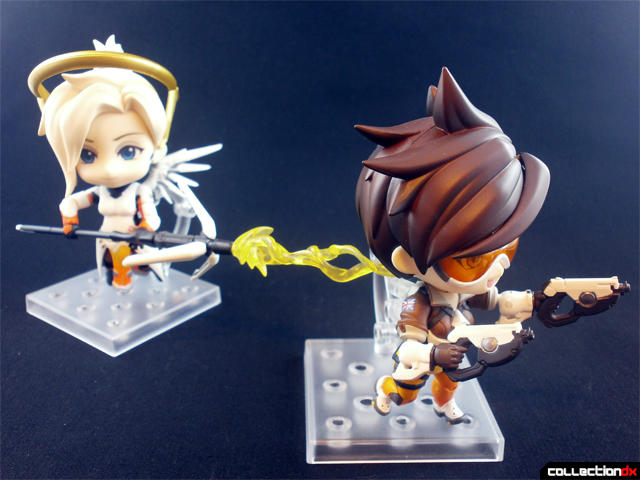 Swap the top part of the staff to have it open and plug in the effect part to have her heal your other Nendoroids. I do wish she came with a blue attack boost effect part too. 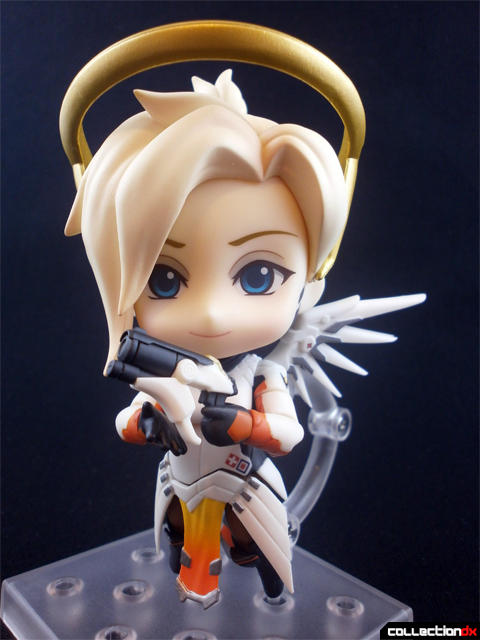 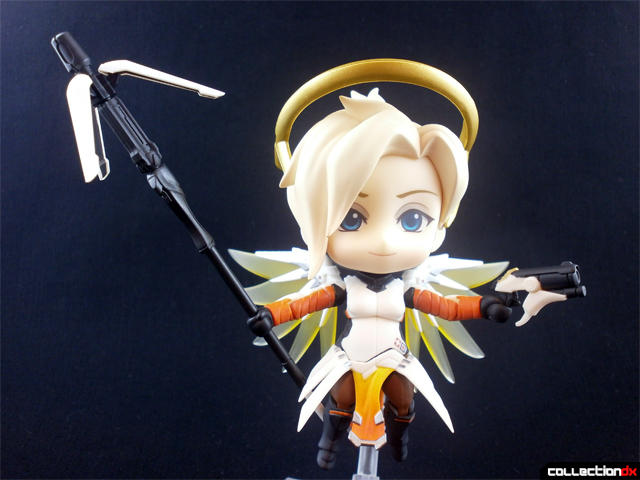 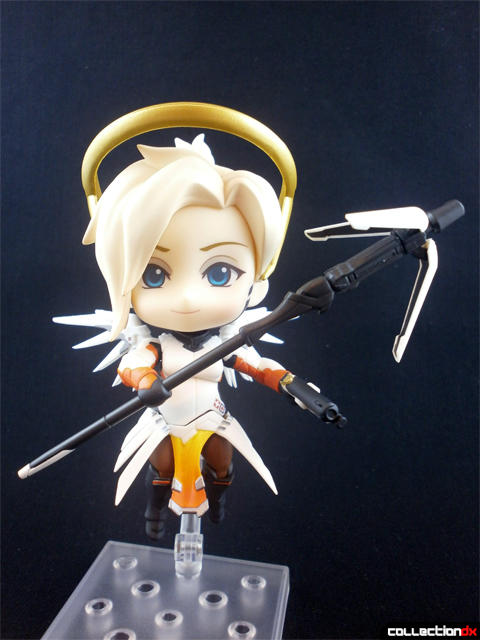 Mercy’s dependable handgun, which depending on how you play Mercy, may either be your last or first resort. 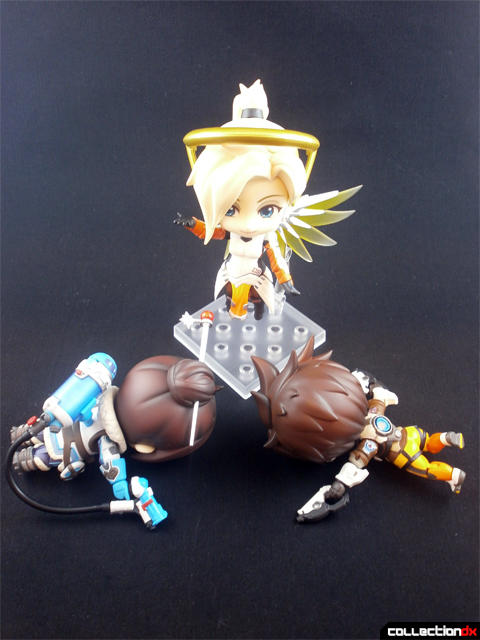 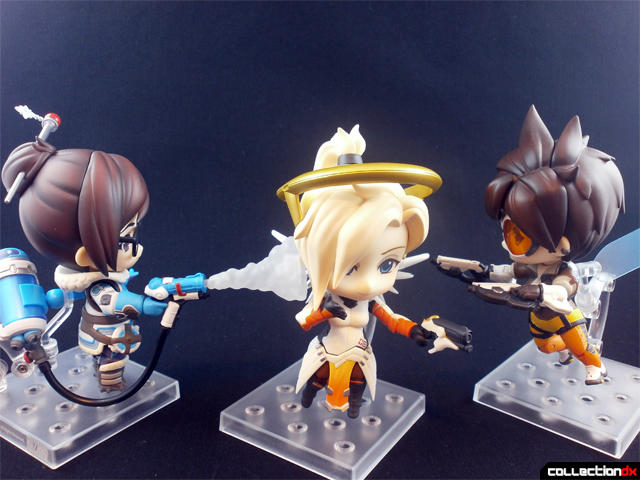 Her normal splayed hands are best to reenact her Resurrection pose. Although, most of the time, Mercy players get ganged up on by the enemy team before they can pull that off. 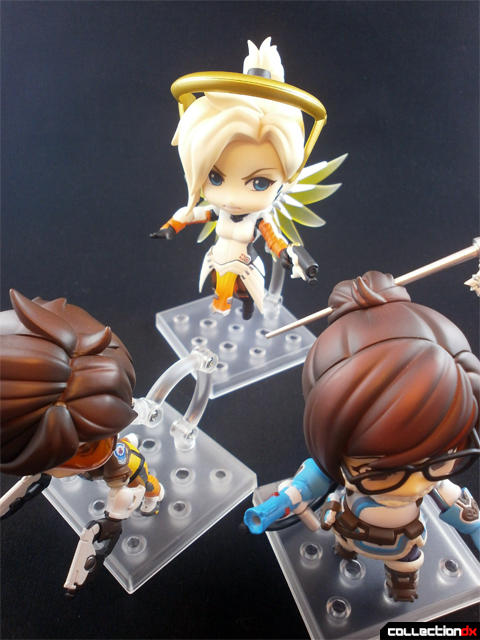 Mercy was another joy to review, and is also available on retailer shelves across the US. The next Overwatch release from Max Factory is the Genji figma, so look forward to that in the coming months.