I actually remember when Married with Children came on the air in 1987. I had just started High School, and was entering a whole world of adolescent rebellion. This show captured the whole F-U to the man thing I had going, as it was very different than the saccharine sitcoms at the time. I remember the show even had Anthrax on, a band I loved at the time. And of course, Christina Applegate was not hard to look at...

Now, some 30 years later, Funko is producing these box sets of famous TV series casts. They had some success with their Golden Girls box set (which I missed out on) and now here they are with a Married with Children set.

Sadly, sets like these are novelties, and function better as cool shelf things than actual toys. What are you going to do, re-enact episodes?

The packaging is sort of a minimum effort deal. Why use the Hollywood sign on the backdrop? Is it referencing a specific episode? Who knows! 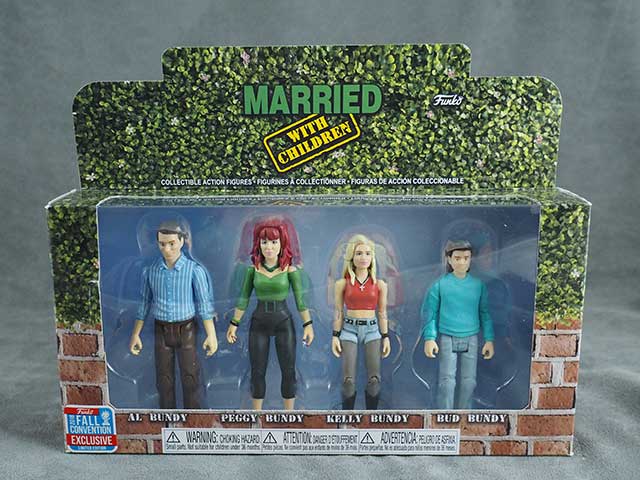 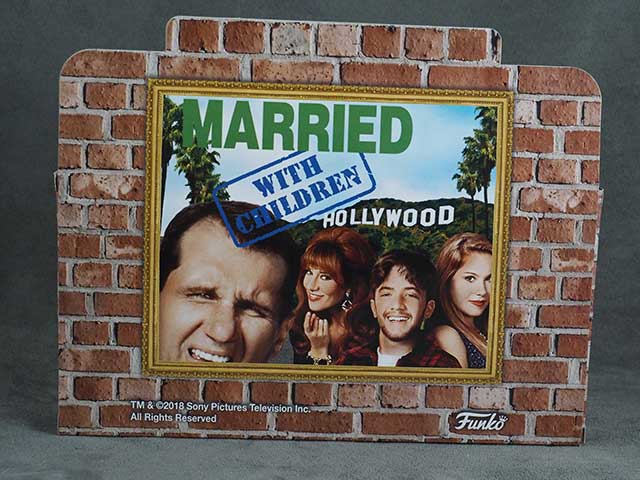 This particular set is a New York Comicon & Target Exclusive, labeled as "Fall Convention Exclusive". You can find one if you look hard enough though.

Let's look at the family, shall we?

Al was played by actor Ed O'neil, whom I thought did a great job, although this figure only looks like him from certain angles. I also remember Al being more stout than this. And didn't Al usually have a tie, and was more disheveled? The hair is also 100% wrong. He should have a balding widow's peak, right? 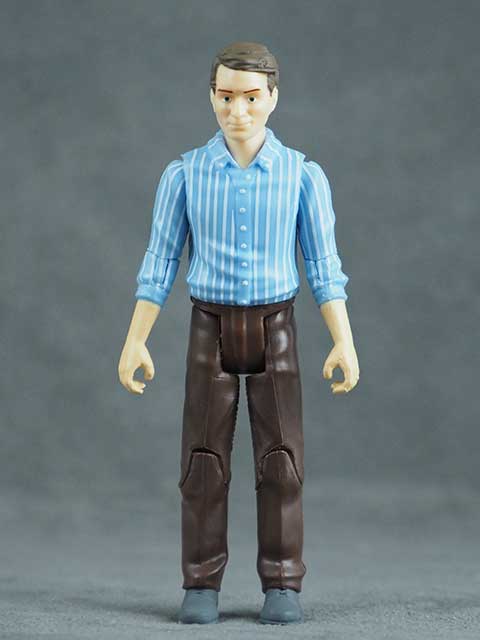 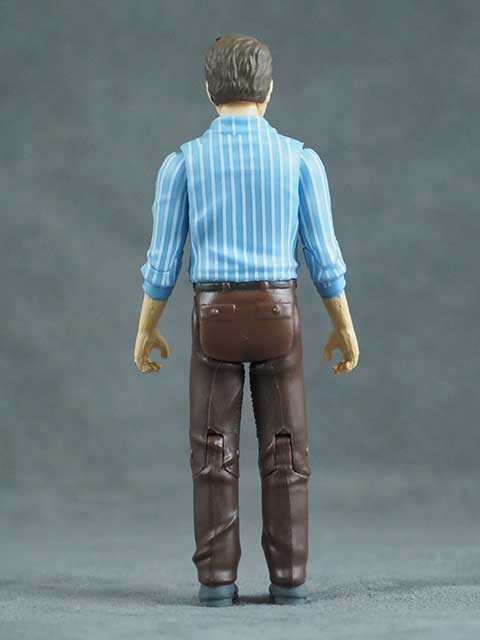 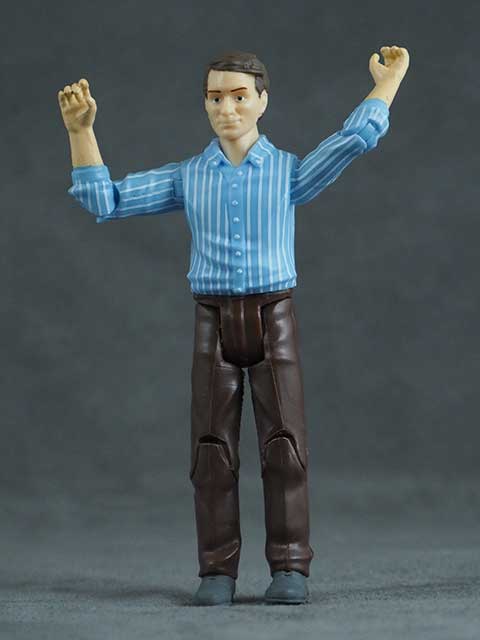 Peg was played by Katey Segal, and this figure does slightly better at capturing her likeness, if not in a more cartoony way. She almost seems based off of the Comic Book version of the character, which was published by NOW comics (which I actually owned).

The stand used here was NOT included with the figure. 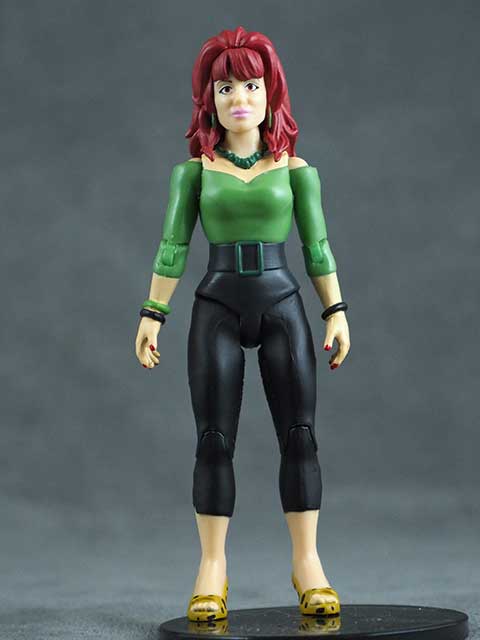 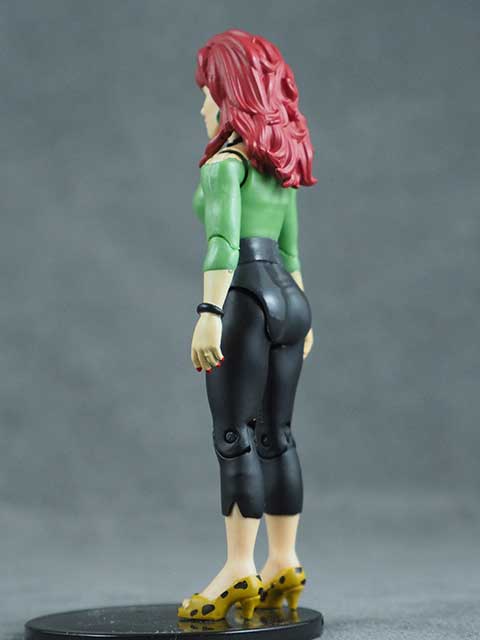 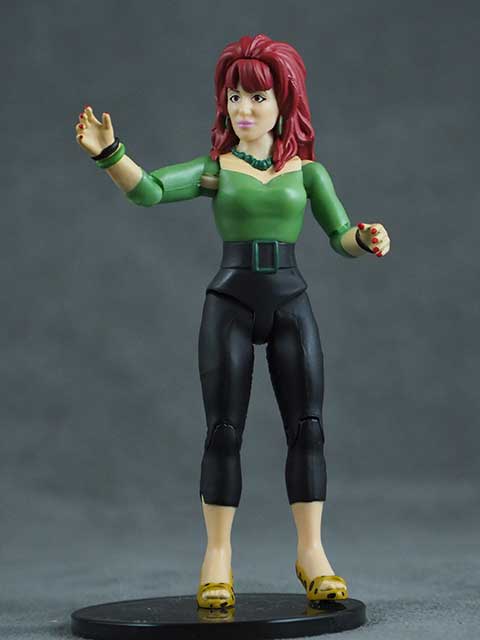 Kelly (played by Christina Applegate) fares a bit better as an action figure. The likeness is OK, and the detail is good, but it's sort of a bland expression. It's like they have all been hypnotized. I understand the precedent set with 3 3/4" figures by Kenner, that they all have neutral expressions, but these characters are SO MUCH about their expressions, that these just seem bland. Also - THOSE KNEES?

Again, the stand here is not included in the set. 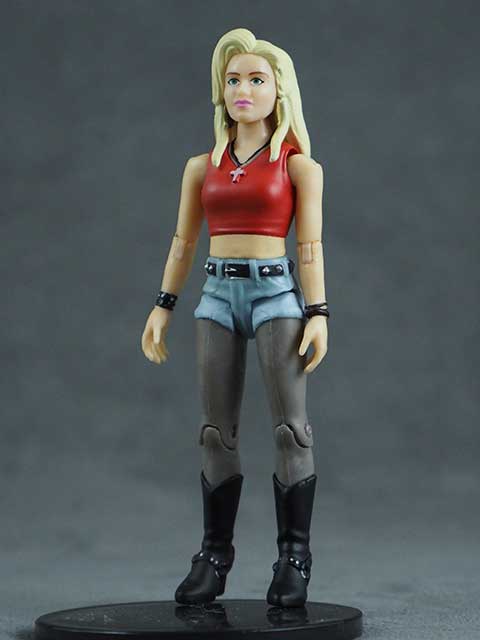 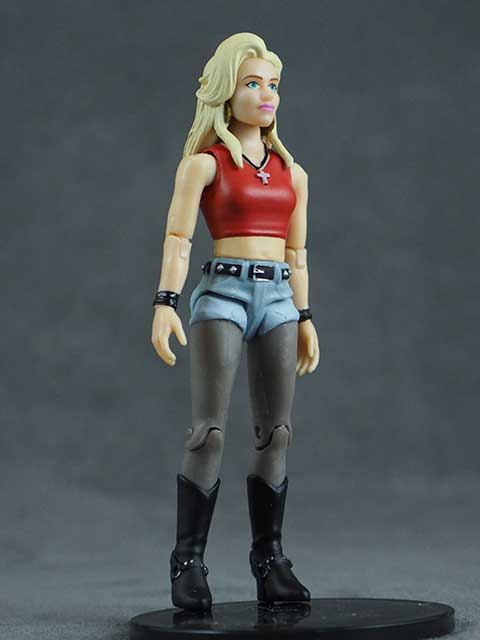 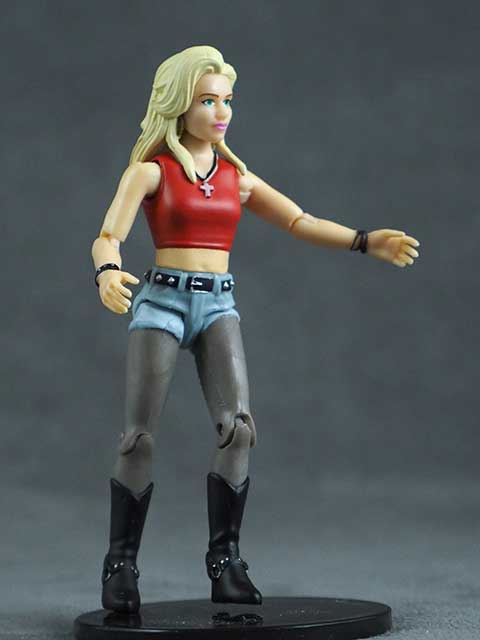 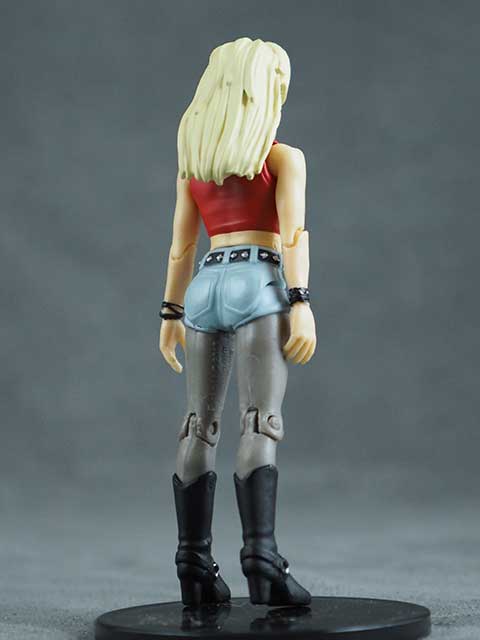 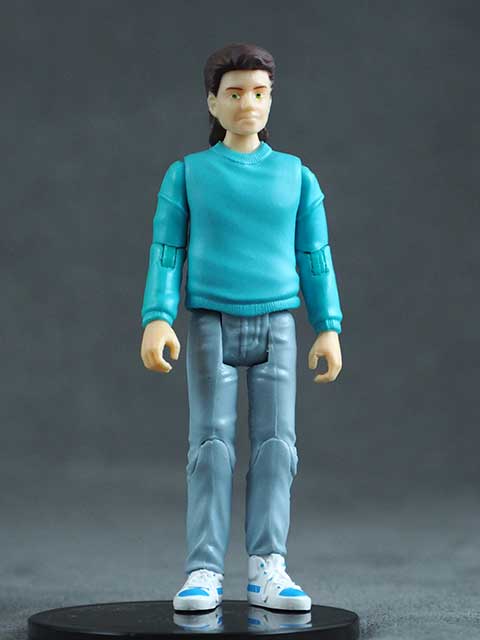 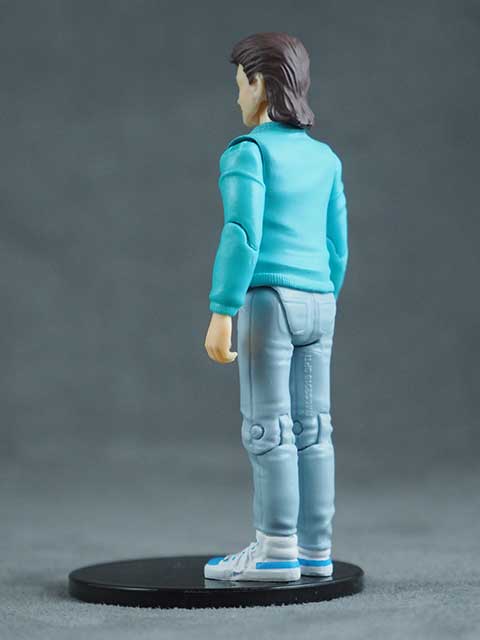 This is just really a low-effort set. Where's the dog, Buck? How hard would it have been to mold in a cardboard couch, or put a screenshot of the living room in the background? This is a novelty gift for a casual fan, not something for toy collectors. Fine for what it is, but really a lot of missed opportunity.