I’ve always really liked Blitzwing. First of all, he really looks like a real jerk, but more accurately, I always appreciated how efficient and creative his original G1 toy’s Transformation from jet to tank was. What I should like even more is an oversized Knockoff of that, so when I saw this one on Sirtoys, I immediately thought about reviewing it.

In robot mode, it’s plainly obvious what this ko Blitzwing’s color scheme consists of: gray and silver, how riveting! Jokes aside, other than the paint on his mouthless head, this giant Blitzwing does look a little bland, but I don’t really care. Plastic quality here is pretty serviceable for a ko, and I really can’t complain because of that. Despite it’s sheer size, this big little guy is just kind’ve bland looking but that will change once we get into his other modes. 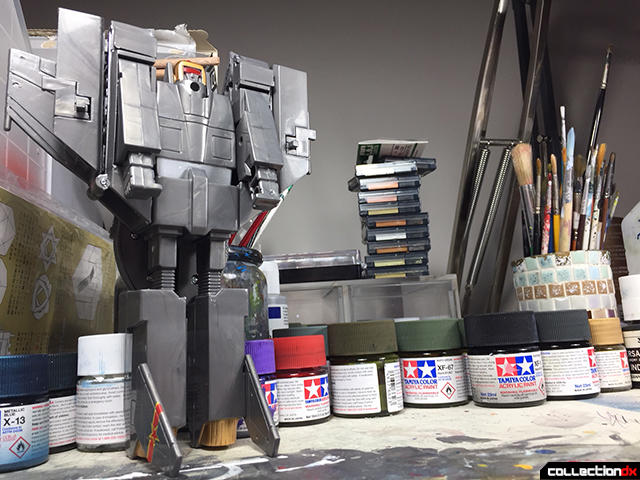 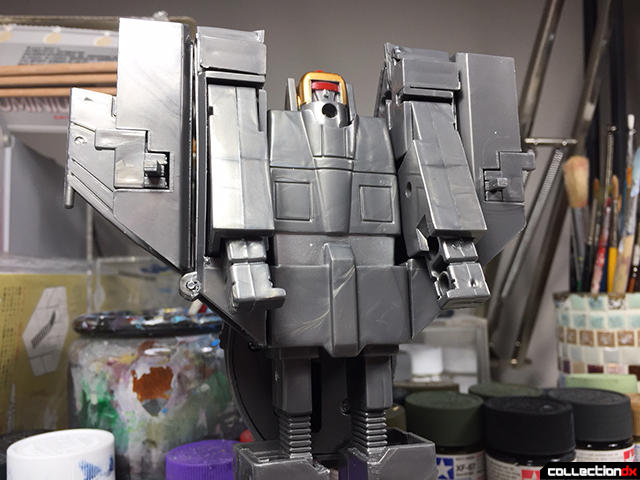 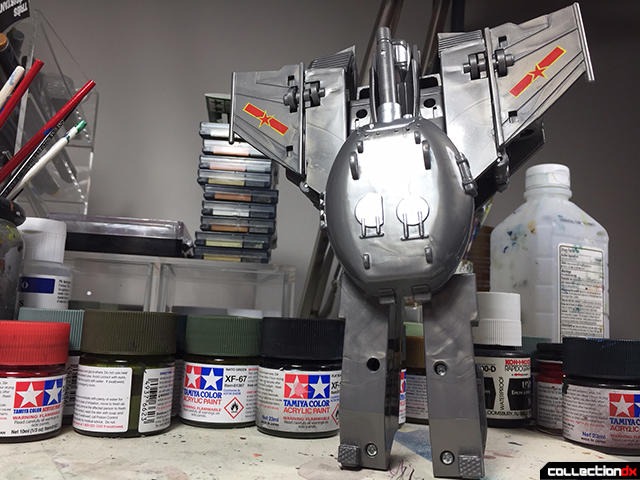 Blitzwing’s accessories are rendered pretty faithfully here as well, he holds his gun and sword pretty well, and despite some pretty cheap looking paint apps on the sword, I’m pretty pleased by them. What is pretty nice are the missiles, because not only are there three of them in case you lose one, they actually fire pretty far, especially much further than the American G1 figure! 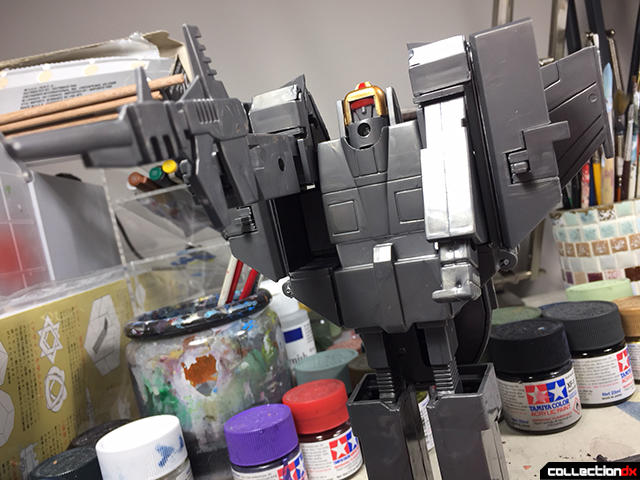 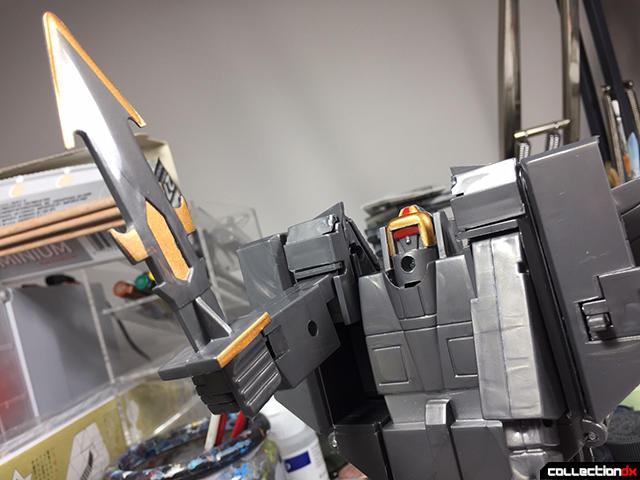 Speaking of the G1 figure, this ko Blitzwing, as I’ve said before, completely towers over it! I really like just the idea of having a really big Blitzwing around, so this one’s Voyager Class height is pretty awesome to me! 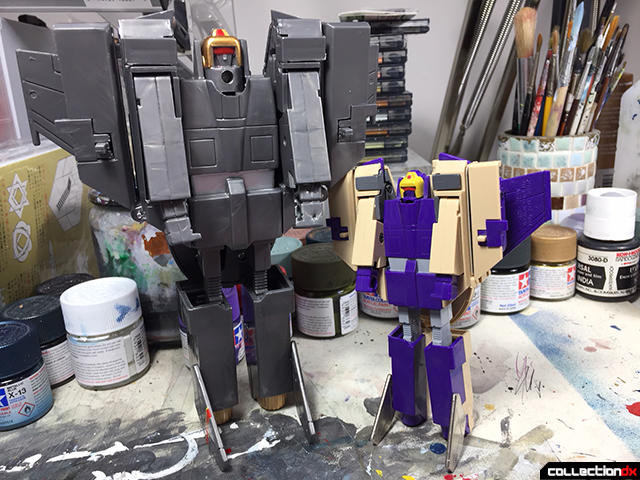 Blitzwing’s transformation to both of his alt modes is completely intact, as great as ever, but in transforming this ko I encountered my only real problem with It. When the figure initially arrived, the right leg was locked i it’s compressed, vehicle mode position, so I had to take it apart and fix it which didn’t take too much time or anything, but just be wary of it if you are thinking about getting this figure for yourself.

In tank mode, this ko Blitzwing is given a little more color variation, but otherwise is just as serviceable as before. In jet mode is where this Oversized Blitzwing really peaked my interest, because on the tail fins, is a red and yellow star with a band behind, which is exactly the same as ones found on actual Chinese pla fighter jets. That really interested me because of just how unique it is, and how unexpected it was for me to see it on there! 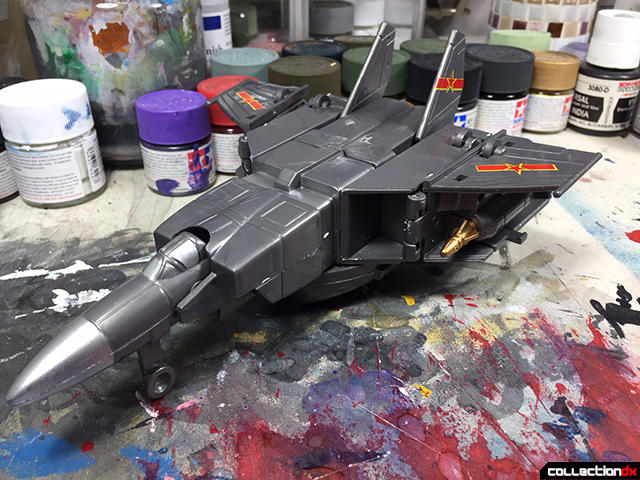 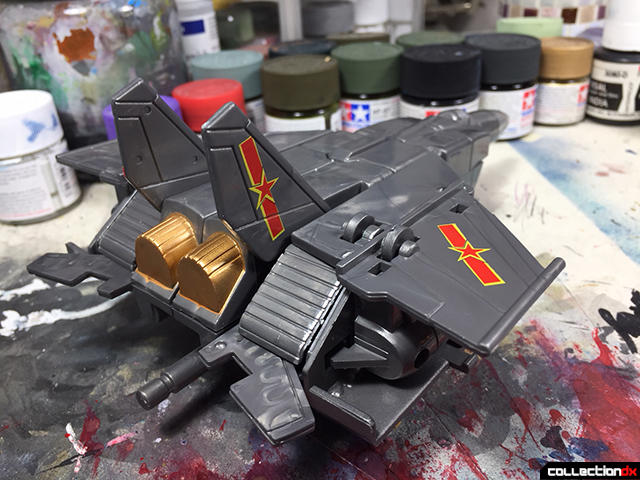 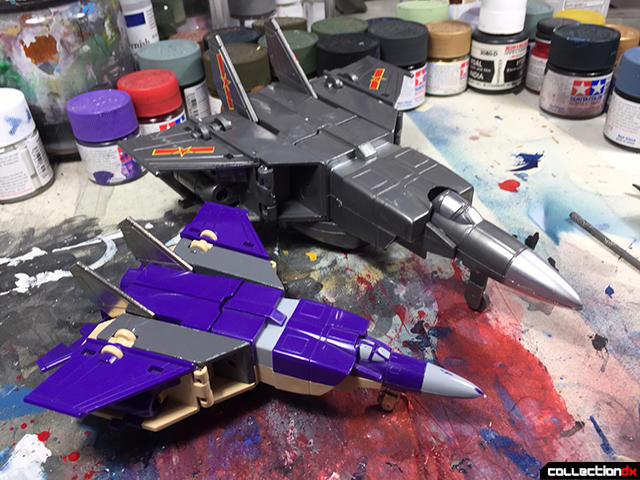 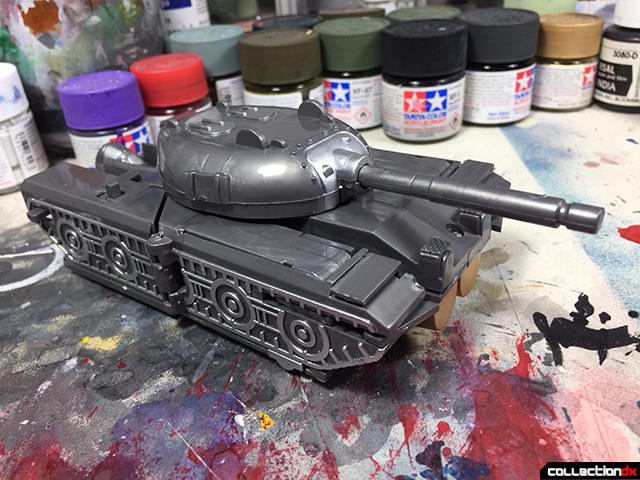 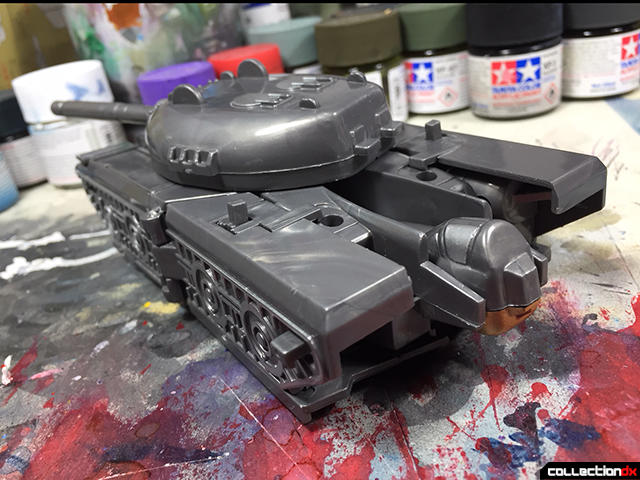 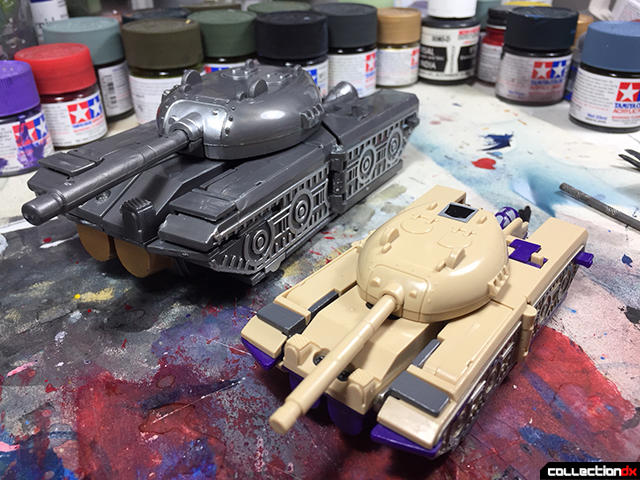 In conclusion, there’s really not much to say about this ko oversized Blitzwing, but despite that I like it. It’s blandness is strangely endearing to me, which is strange considering I usually like my knock offs to be as disgustingly garish as possible, but if you like G1 Blitzwing to begin with, this figure will definitely be a welcome addition to an obscure toy/ knockoff collection, especially for being only $10 considering it’s pretty massive size, just be careful with it.

3 comments posted
If they made a version in the

If they made a version in the correct colors I'd be all over that.

Actually I’m pretty sure there is one on sirtoys, that’s similar to the G1, but not similar enough to be that accurate! I would really love an oversized G1 accurate one too!

There is a flash sale on Sirtoys now, so this ko Blitzwing is only $5 instead of $10